2020 Movies That Are Streaming Early Because Of COVID-19

There is no denying that this has been one of the toughest years in a long time. Everything from war to social inequality to a viral pandemic has threatened the lives, livelihood, and sanity of millions of people around the world. Not just Americans, but millions and millions of people around the world. What’s made the situation all that much worse is that the escape to the theater hasn’t been there either. Usually, this is a great option to relieve some tension and stress, but not anymore. Luckily, the technology was available to still deliver high-quality movies and shows right to the comfort of people’s homes. Although the escape to the theater might not have been there, there was still an escape in the form of some kind of streaming service. 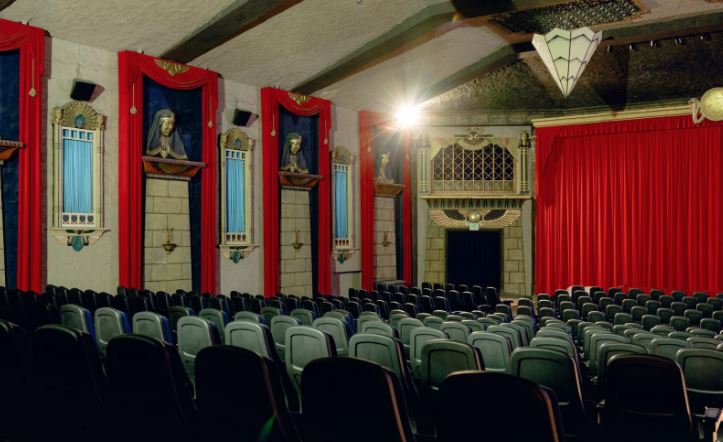 Whether it be Netflix, Amazon, or Hulu, the movie studios quickly realized that getting in touch and setting up connections with these services were pertinent to delivering high-quality film works to people’s homes. This soon started a ripple effect and studios from all around the world were deliver worthwhile works that people could indulge in while they were locked down in their homes. Some studios even released some films and show earlier than what was originally intended.

This one really is huge when you consider everything behind it and everything that went into it. No disrespect to the other movies on this list, but none of them were or are exactly slated to be major blockbusters. Mulan being released early on September 4th is such a shocker because it was actually picked to be one of the biggest movies of 2020. The only problem is that nothing in 2020 turned out like anyone though and now the film is being released early. Although this is a remake of the 1998 cult classic, this new Disney remake was set to be a precedent. The only problem is that it is so big that it is still going to cost you even if you are a subscriber. It will run you an extra $30.00, but there will still be some theatrical releases in some regions outside of the United States.

If you’ve been paying attention like most people, you’ve likely noticed that a lot of today’s straight-to-release films in 2020 went straight to quick upload. Unfortunately, this was because they were too great to start with. Well, that was not the case with Miss Juneteenth. This movie certainly does not fall into that category. Although the release date of Jun 19th will coincide with the holiday, this stunning Godfrey People’s film is stunning and holds a 99 percent approval rating on Rotten Tomatoes. Check it out, and you’ll see why. The movie is set in the future, with a mother looking back on the past. She looks back and contemplates things as she and her daughter prepare for a beauty pageant that she later went on to win and gain acclaimed fame.

Anyone that bets on quality sites like Kasyno will tell you that this movie is a true winner and will garner tons of attention.

You Should Have Left

Kevin Bacon has been starring in hit films for the past 20 years or more. Not only this, but he is well known for his versatility. He’s played everything from a mild-mannered doctor to an abused prison inmate. This time he plays as the boyfriend of Amanda Seyfried. The two are headed to what seems to be a typical getaway at a nice Welsh vacation home. Everything seems normal and going right on pace until things go quickly awry and a mysterious force in the house won’t let them leave. This is one that sounds kind of like Stir of Echos. And, if it is just as half as good as that movie, fans are in for an immediate classic. This one will be available on June 18th from Blumhouse Pictures.

Jon Stewart is just the thing that people need in this time of need and confusion. Luckily, he is there and he delivers big time with satire about a small-town mayoral election that stars the hilarious Steve Carell. Carell plays as a Democratic strategist dead set on turning the state of Wisconsin blue. There is one major problem standing in his way though. Retired humble colonel played by Chris Copper who is dead set in his ways and by no means a politician. In addition to this, Republican Rose Byrne shows up in town with different plans.