Dark Escorts London Spill About Their First Day On The Job

As you may have already guessed, escorting isn’t your typical job, and there’s definitely no training course. 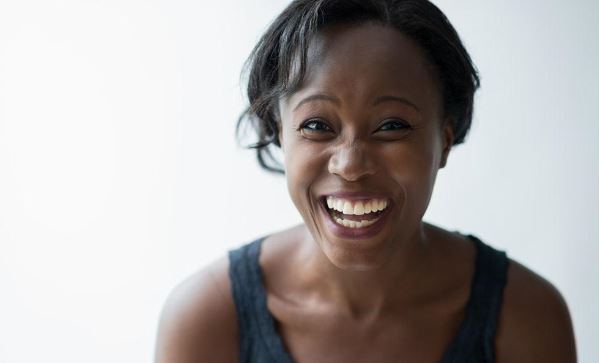 The first day at a new job can always be a bit nerve-wracking. Finding your place in the office pecking order, figuring out who’s worth buddying up with, and who should be avoided at all costs.

Then there’s the training period, while you follow another co-worker around like a lost and confused puppy, no matter how many hours you have under your belt at doing basically the exact same thing. As an escort, you are absolutely afforded roughly zero of these so-called “perks of the job”. You’re thrust into the wide world of dark escorting, only to (at the very best) get a meagre pep talk before you are at the mercy of the wolf pack.

Luckily for us, it makes for some great “my first day” stories. Luckily for you, the ladies at Dark Escorts London have decided to share their tales. Reals names omitted. Of course.

“My first day working as an escort I was really nervous. Which is pretty unusual for me, because I’m fairly outspoken by nature. I’m a massive feminist, and bisexual, so I’ve generally got plenty to talk about. So on my first booking, I lucked out and got a punter that had some experience with escorts. When we met up, I got so nervous that I completely forgot how to do everything. It was an incall, so luckily it wasn’t publically obvious, but he handed me an envelope (constraining my fee) and I immediately handed it back to him and said ‘I don’t do drugs’. So I basically accused my client of trying to give me heroin, when all he was trying to do was pay me.”

“I got a really unusual booking on my first day. My client double-booked, one date that very week, and one date two months later. Even my agency said it was a bit weird, but I was the girl he wanted and there was no changing his mind. I’m Indian and it turns out that he is as well, and also gay. He had to have a date for his sister’s wedding (first booking) and then another a few months later where I was instructed to ‘have dinner at his parent’s house, then start a fight, and break-up’. It was probably the most fun I have ever had as an escort. Apparently, he hires a new escort once or twice a year to stage dates to keep his family off his back. I get it.”

“So apparently, virgin fetishes are a pretty normal thing amongst punters. Which worked really well for me, because when I first started escorting I was a virgin. I had always felt really weird about emotionally charged sex, and definitely wanted my first time to be a ‘no-strings-attached’ kind of thing, a friend suggested escorting. It fit me perfectly so I went ahead with it. So virgin’s are actually rarely real virgins. Generally, they are just really young looking women who can play sweet and innocent well. My ‘mentor’ told me to look into an artificial hymen kit – to which I just said okay- because NO ONE would believe me that I was an actual virgin. Well, I book my first client and things start heating up, but we couldn’t have sex because I was still so incredibly tight… He got really pissed and complained to my agency. Long story short, I got fired and was told to come back after I had more ‘experience’.”

“My first day as an escort was absolutely insane, but it really prepared me for the career I have now as a high-level escort and soon to be a courtesan. So, if at any point, any other day of my five-year career had gone like my first day, I would have bolted- immediately. I somehow booked in FIVE clients on my first day. Which is really an insane amount. I was desperate for cash, so I took them all. The first client was a super sweet guy that literally just wanted to hold ‘my hand and feel the touch of a woman’. He had a massive panic attack midway through the appointment. My second client threw up on my, the third didn’t show, the fourth seemed relatively normal- and the fifth. Oh god, the FIFTH booking was a surprise couple booking. It was a surprise because the husband didn’t tell my agency OR myself that his wife would not only be home but be participating. They were so sweet I couldn’t turn them down, but I definitely adjusted my rate.”

Loading...
Previous 72 Grownup Corner Photos
Next Thanks! I Hate It!