Three London escorts reveal what it’s actually like to have sex for money, and balance a normal life against pervasive stereotypes. 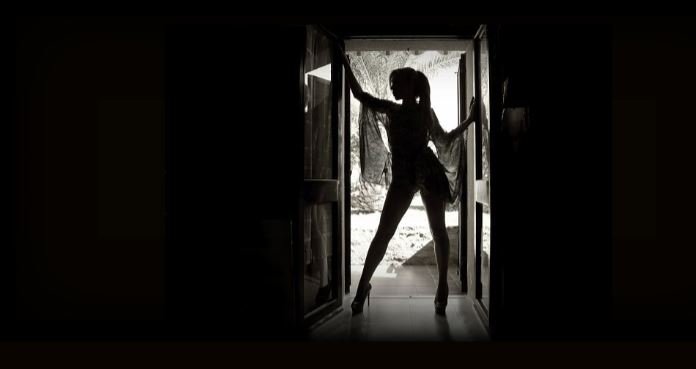 Sitting in an upscale cafe, in West London’s borough of Harrow, three women file in. Innocuous, no different from any other woman in the cafe, these three don’t stand out. Each of them is dressed in casual, but classic dress. No bright colors or short skirts to be found. The one visual commonality between these three is that each of them sport short, no-nonsense heels that perfectly accentuate their understated dress. Giving them an air of early morning business women, off to snag a quick coffee before a days worth of meetings really gets underway.

The other thing that these three women have in common, is that they’re prostitutes. High-end West London escorts actually, from Amy’s– one of the most demanded escort agencies in London. These three women have agreed to meet with me and set the record straight about what exactly it’s like to be an escort in London’s West End. The notoriously posh neighborhood is known for its theaters and five star restaurants. Part of our agreement is that I don’t use their real names, to which I readily agreed. So, I sit down as gracefully as possible with three beautiful and slightly intimidating women called Polly, Alice, and Anne.

Good morning ladies! You all look quite fresh for it being rather early in the morning…

Polly: “It’s almost 9:30, which means I’ve already been up for three hours. I wake up at 6 every morning. I spend at least an hour at the gym and then give myself an hour or two to prepare my breakfast and meditate or read.”

Anne: “I think we all run fairly similar schedules to that. We all wake fairly early. We take our health very seriously, as it’s incredibly important to stay fit in our line of work.”

I think we’ve already reached our first stereotype. I kind of expected you all to be more of a night owl type, staying up late and going out all weekend?

Alice: “It’s really surprising how awfully wrong people get our lives. Everyone is convinced they know exactly what it’s like to be an escort, but it often becomes incredibly obvious they have no idea. None of us really drink too much, we all try and get at least 8 hours of sleep. We work out, get regular facials and beauty treatments. If you’ve ever seen a middle aged club girl, you’ll be instantly aware of why we do, or don’t do rather, these things.”

Anne [laughs]: “You have to look the part, but you also have to be able to think and speak the part, so its not only important for us to be well kept, but we also have to be well read. We have to be acutely aware of common pop-culture, politics, art, global issues and concerns. Most all of our clients are some manner of upper echelon businessmen, we can’t be some dumb bimbo on their arm. It would be incredibly embarrassing and a dead giveaway.”

So, if I’m getting this right, you actually spend time with your clients outside of a bedroom?

Polly: “Of course. In fact that’s actually why someone hires a West London escort as opposed to finding a… different type of contact. Please don’t confuse us, we do indulge in carnal endeavors. We are very good at what we do, but often that is only a very small fraction of our job. We’re there to provide company for all sorts of events, personal and professional.”

Alice: “We like to leave our more rugged selves for the bedroom, if you get my drift. Everything else anyone sees is perfectly curated. We are there for the enjoyment of our host. We love to have fun, but first and foremost, our entire night is strictly up to our client and their preferences.”

If there’s one thing you would want everyone to know about West London escorts, what would it be?

Anne: “That we are very normal people. We have lives just like anyone else. We spend time with friends and family, we have significant others. Some of us even have families. This is a career like any other- there is a separation between work and home life. Being an escort doesn’t define you.”

Alice: “I fully agree with what’s been said here, I would also like to add that, you pay for our time, not our lives. Being rude, cavalier, or aggressive will never be tolerated. Treat us like ladies and we will treat you in ways you could never imagine.”