“If you have to ask why anyone would shove a 427 into a Nova, we can’t be friends”. -Road & Track magazine’s Zach Bowman 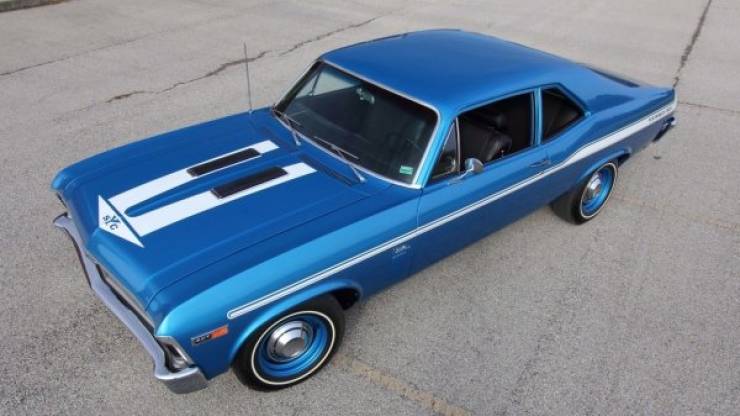 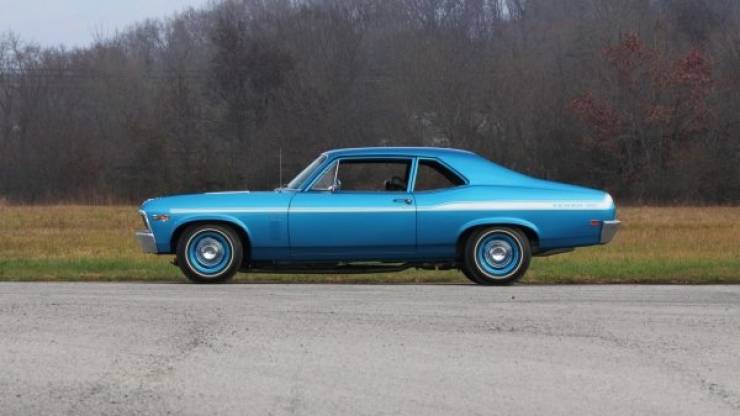 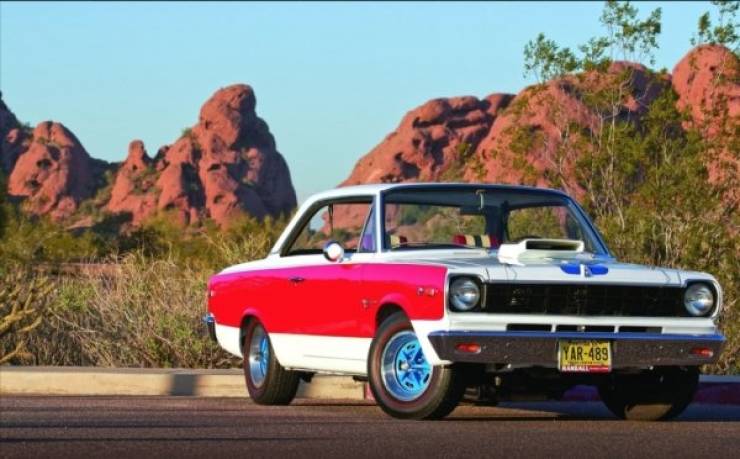 However, there is a simple story behind the paint scheme. The former automaker AMC (American Motors Corp.) had to find a way to compete with “the Big 3’s” marketing budget…as such, the look-at-me hood-scoop/color pattern. 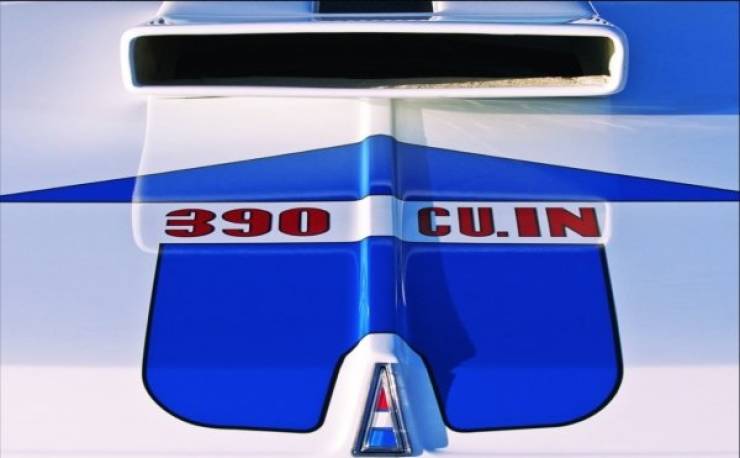 The Rambler “Scrambler” had a 390-cu. In. engine that only produced 315-hp but she made-up for that on the track with it’s light weight body. 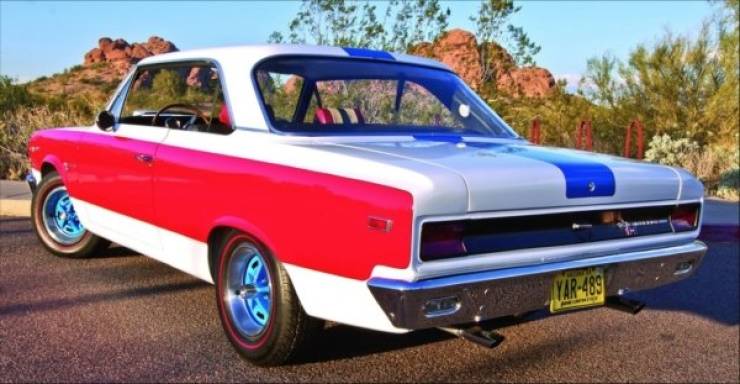 This car was all about “beating the man”. She was considered street legal only because Chevy rated the out-put at 435-hp. Well, that horsepower number was complete bull sh*t for insurance purposes. The all-aluminum 427 cubic inch L-88 engines was estimated by automotive experts to actually churn-out over 500 horsepower. Rare is an under-statement. Only 69 were ever built with this legendary ZL1 engine. 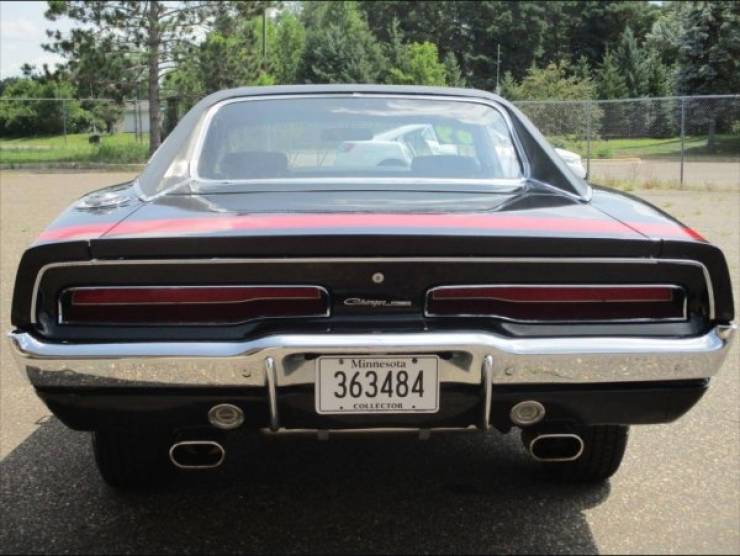 The awesome Magnum 440-cu. in. power-plant had a 4-barrel carbureted V-8 put down 375-hp for “General Lee’s” jumping bridges needs. It may be famous for the TV paint job but in my opinion, she just looks mean-as-HELL in all black with the rear red racing stripe. 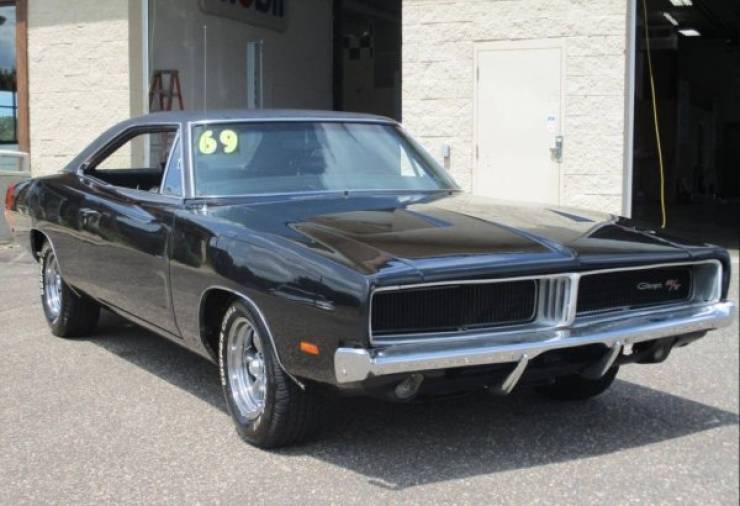 Producers of the “Dukes of Hazzard” claim that they wrecked over 300 Chargers while filming (I guessing very few were actually R/Ts). Above is auctioned off “Stunt car #20”. 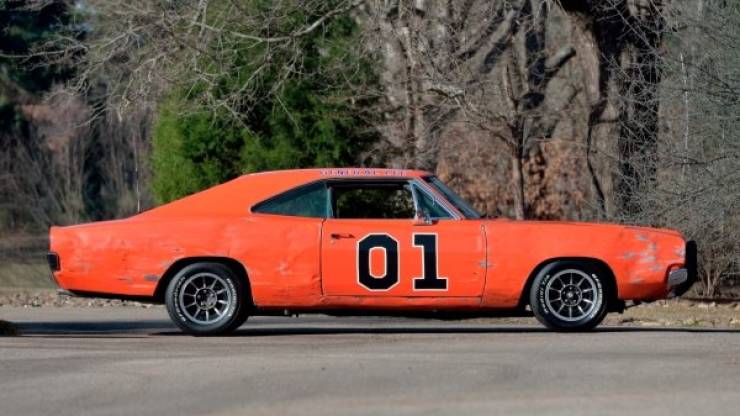 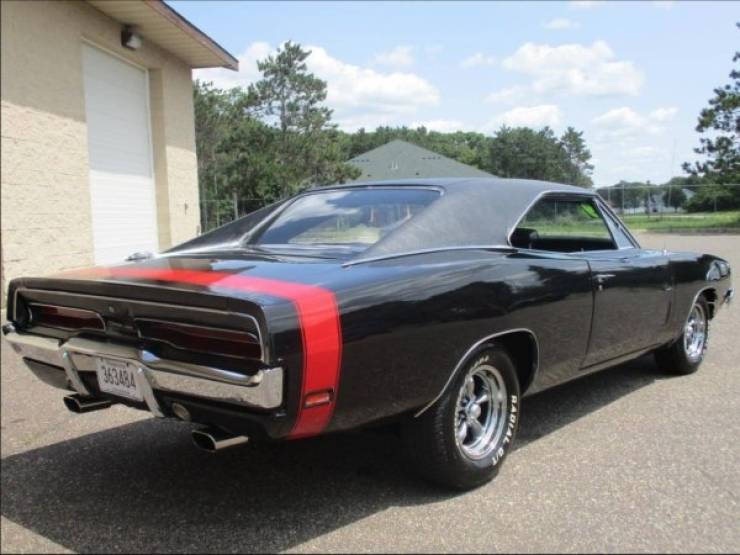 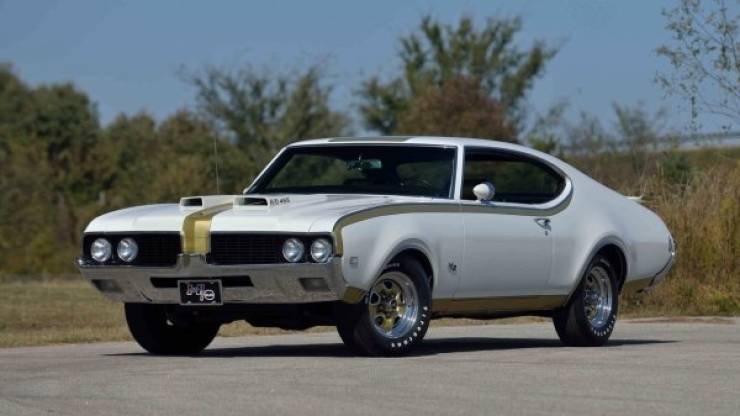 The “W-30” up-grade package visually stood-out with its two hood scoops for its Forced-Air induction. 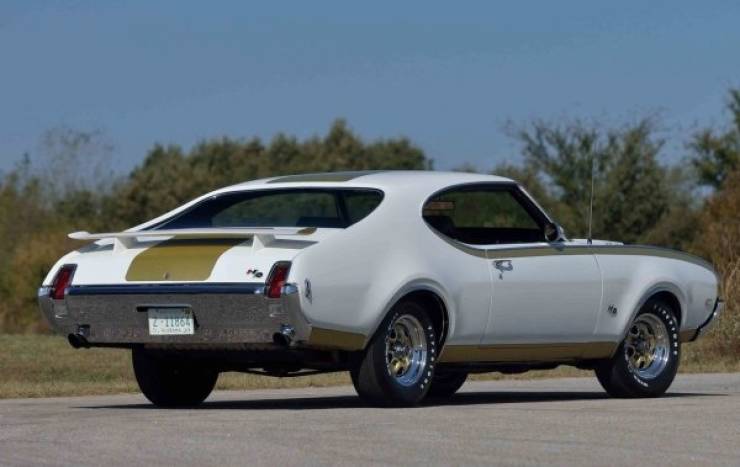 The white with gold trim is what automotive people think of when they hear the word “Hurst”. (Like the FIAT joke, either ya get it or you don’t) 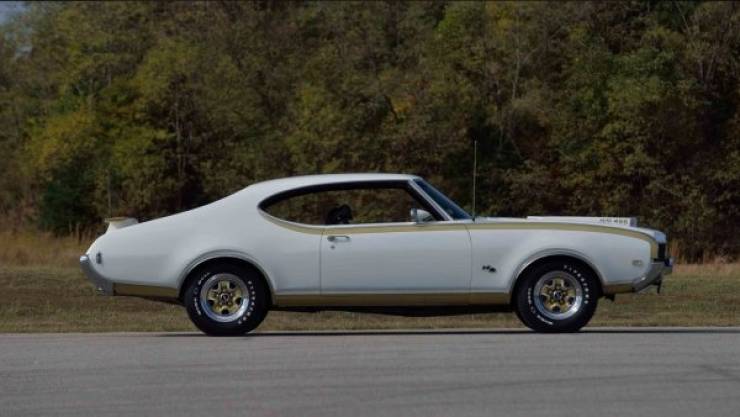 Back in 1969, when Motor Trend magazine came out with its best of the year list; they rated the Road Runner as “Car of the Year”. One of the over-looked yet interesting visual aspects was her steel black wheels with no hub caps or covers. 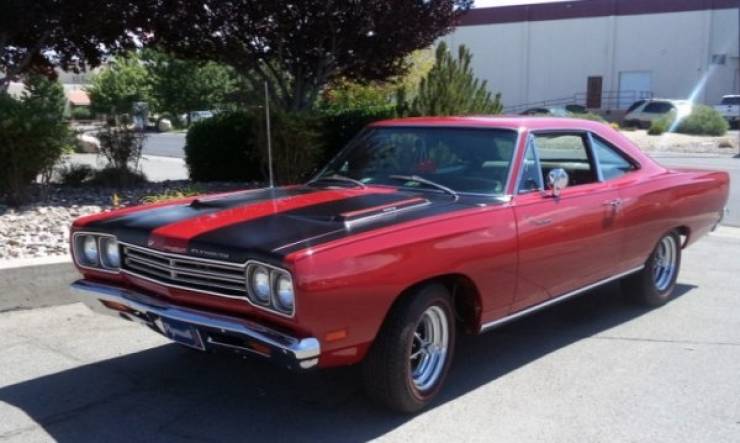 Plymouth replaced the already powerful 426 HEMI with 440 Six Pack engine that roared with 490-ft.-lbs. 0f torque from the 390-hp out-put. 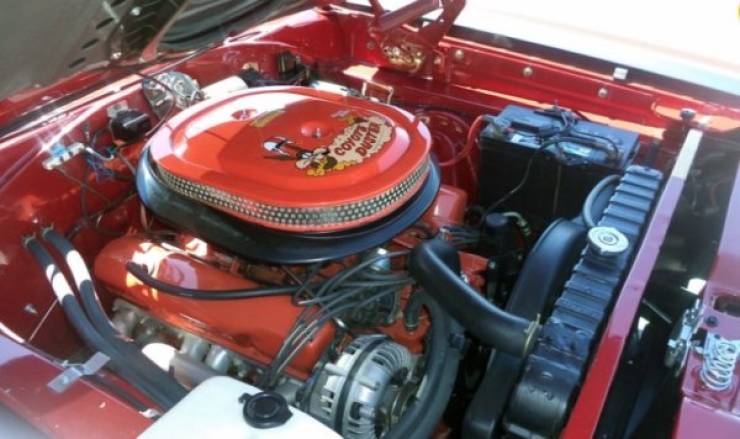 This good ol’ muscle car made TV money from the Looney Tunes cartoon “Road Runner/Wile E. Coyote” feud when Plymouth was paid $50k by Warner Bros. for the rights…in addition, thousands were also spent by WB to give the horn a “beep-beep”-like sound. How do you pick the Greatest GTO of all time? That’s impossible but the second generation GTO choice is easily “The Judge”. (Generation one 1965-67 / gen. two started in ’68) Pontiac took the already bad-A** GTO and made it even meaner. “The Judge” added the Ram Air III/IV which fed into a 400 cu. in. High-Output (HO) V-8 that also beat Mr. Insurance Man with an under-rated 370-hp rating. Win at the track, sell cars on Monday. 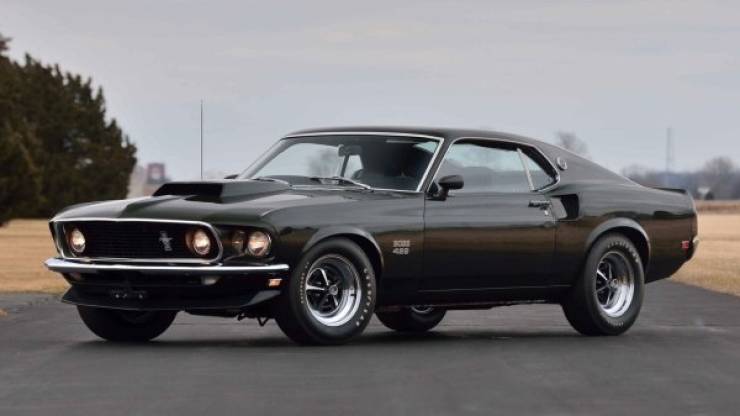 Ford built the Boss 429 to compete with Chrysler’s 426 HEMI in the former NASCAR Grand National Division. 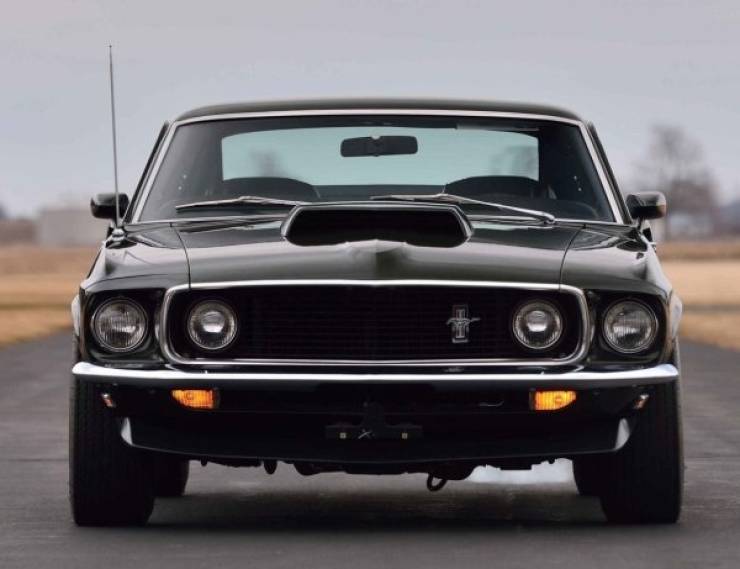 It led to the “Super Cobra Jet Mach 1” big block power-plant. Its venom was under-rated at 375-hp/450-ft.-lbs. of torque…like others in category, estimated to churn-out over 500-ponies. Only 859 were made, if you bought one then you got the honor of owning the nickname of “Boss 9”.