No one knows this better than historian Pete Taylor who has discovered some of the oddest moments of the time period and compiled them into a book. Each image will have you wondering if they are real or not….they’re that weird!

1. The book Weird War Two: Intriguing Items and Surprising Stuff from the Second World War by Peter Taylor includes some of the most intriguing photos of World War II. For example, few relics from the era were as strange-looking and creepy as these gas masks, as depicted on the cover of the book. 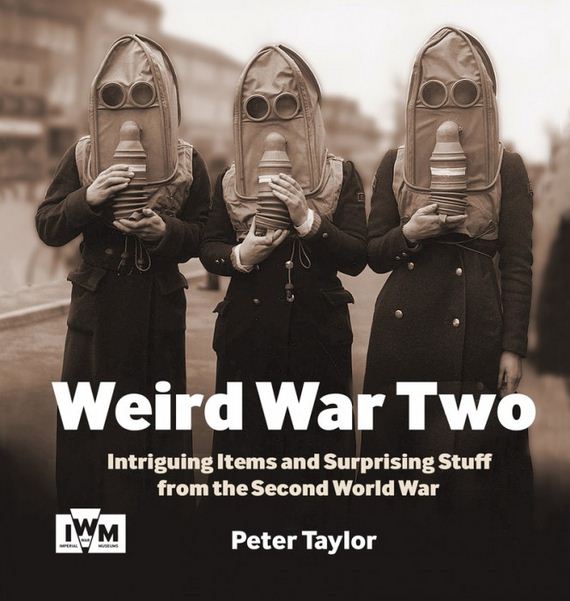 2. This was Venus the bulldog, who was the official mascot of the destroyer HMS Vansittart. It’s so adorable how he wore his cap like a real sailor, though in such devastating times it’s odd to see silly moments like this one. He must have really lifted the spirits of the soldiers on that ship. 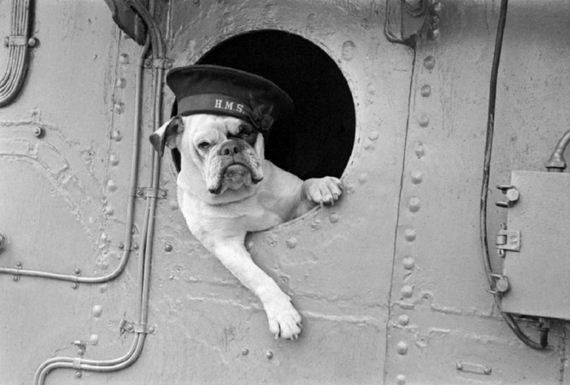 3. In order to curb the risk of drivers crashing into roving cows at night, this farmer from Essex, England decided to paint the herd with white stripes to make them more visible. This must have been a real problem during wartime. 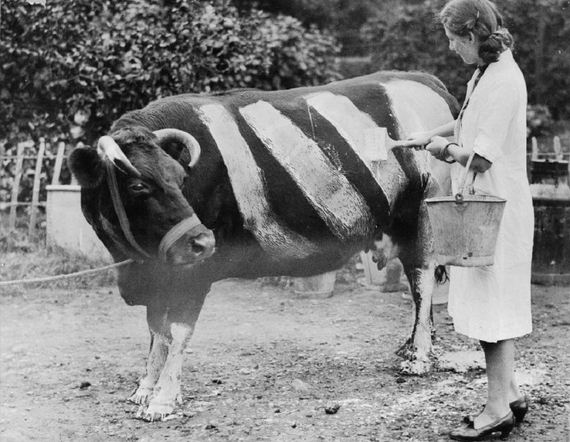 4. This tank may look like nothing could stop it, but would you believe it was actually completely fake? It was an inflatable Sherman tank, which was a dummy vehicle used by the British military to act as a decoy against the enemy. Based on the outcome of the war, it must have worked. 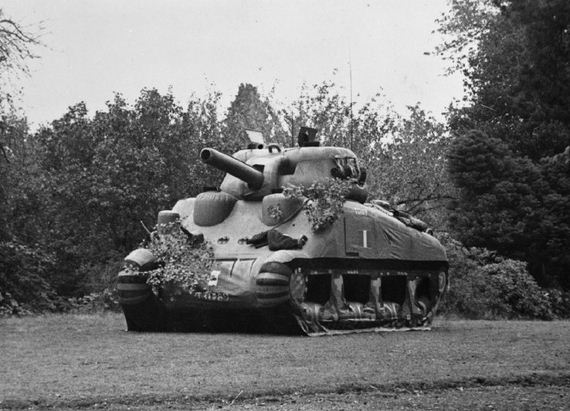 5. This was Salvo, a “paradog” who was parachuting during a training session by Great Saling, Essex at Andrews Field. Canines have been used during wartime for generations, and are trained extensively for feats that some humans wouldn’t even dream of! 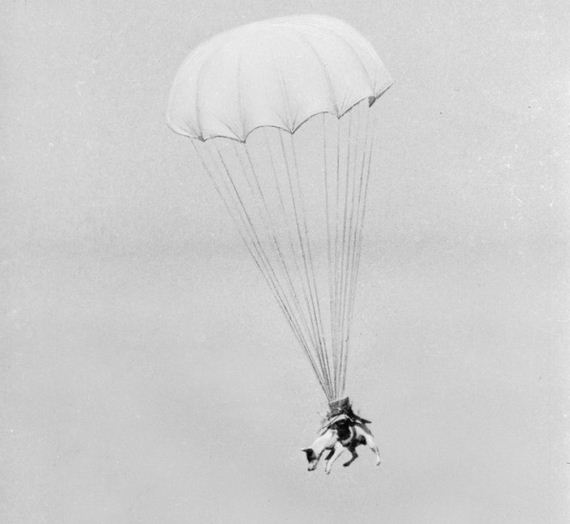 6. In order to keep airplanes hidden late in the evening or in the early morning, “spitfires” like this one were painted “camoutint pink.” It may sound ridiculous, but the color must have really blended into the fiery hues cast by the setting or rising sun. 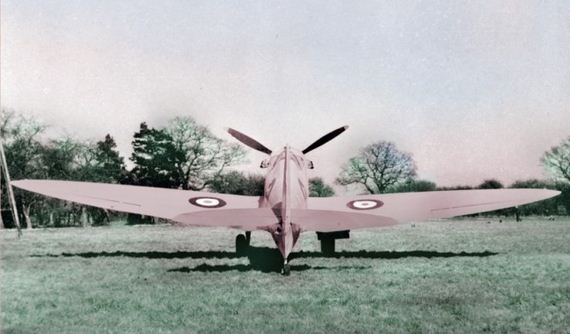 7. Many and Kiri, both circus elephants, helped lend a hand—err, trunk—by moving this destroyed vehicle out of a garage that had been bombed. Even though they were entertainers, they were still put to work for their homeland. Isn’t it strange to see elephants being put to use during World War II? 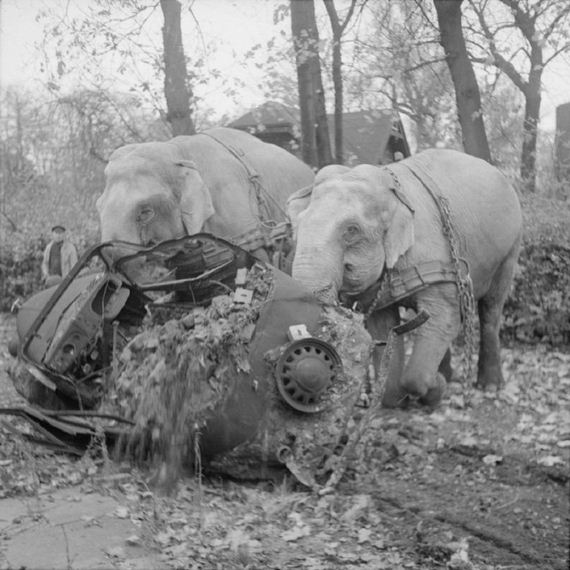 8. Winston Churchill wore a “siren suit” of his own invention to keep himself warm during the raids that would frequently occur at night. These happened so frequently that, to a certain degree, citizens may have gotten used to his somewhat goofy outfit! 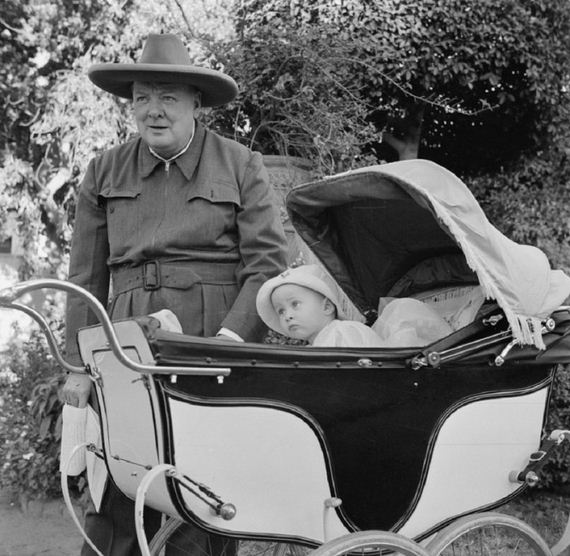 9. Here’s another special mascot, this time in the form of a Persian kitten on the HMS Godavari. He was so cute that the soldiers tried to make him comfortable with his own adorable little hammock! Hopefully he made it out of the war alright. 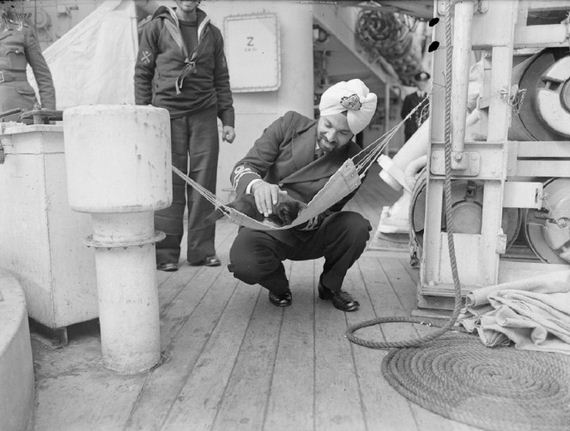 10. The British used to have a superstition that, if Gibraltar ever lost its monkeys, the country would no longer be considered one of their colonies. Hence these little guys! Churchill himself ensured that there was a high population of monkeys. 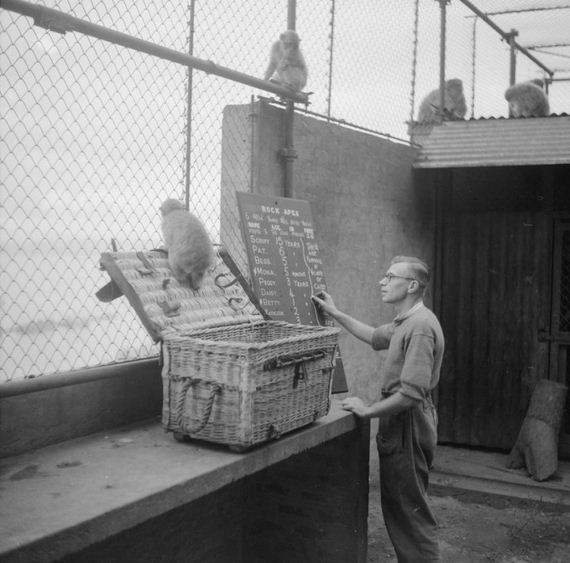 Previous Intelligence or Idiocracy?
Next Mother Gets Revenge On Her Husband By Dropping Weight