Don’t open the window shades when the lights are dimmed during takeoff and landing. 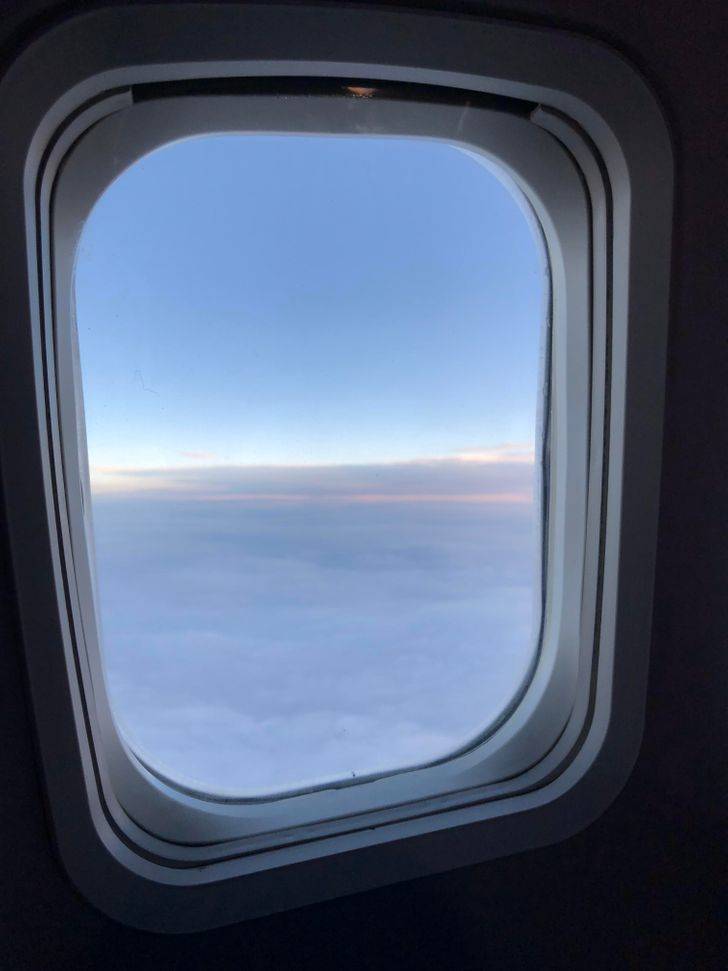 When a plane is landing in the dark, the lights are dimmed to help passengers prepare for a possible emergency. Your eyes will get used to the lighting and you’ll be able to see better outside the plane. So don’t get irritated when you can’t read in such low light. 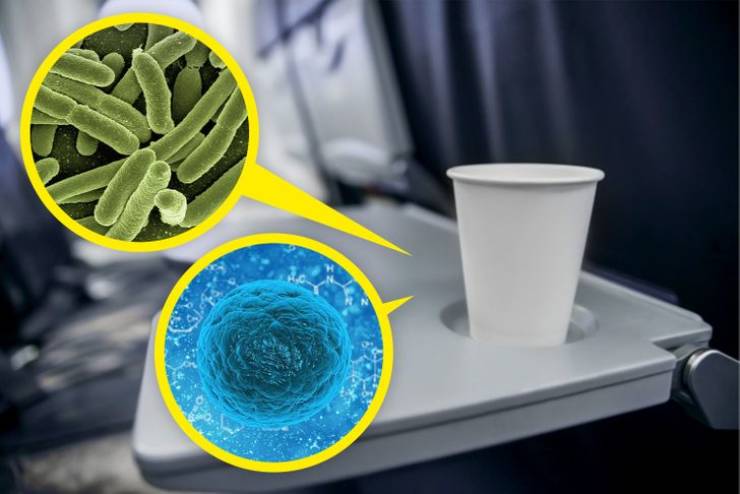 Tray tables are the dirtiest surfaces on a plane. They are often used as diaper stations. If you drop your food on it, it’s better to throw it away. Flight attendants clear tray tables once a day, which is obviously not often enough, especially if a used diaper happened to be sitting on there.

Avoid sleeping during takeoffs and landings. 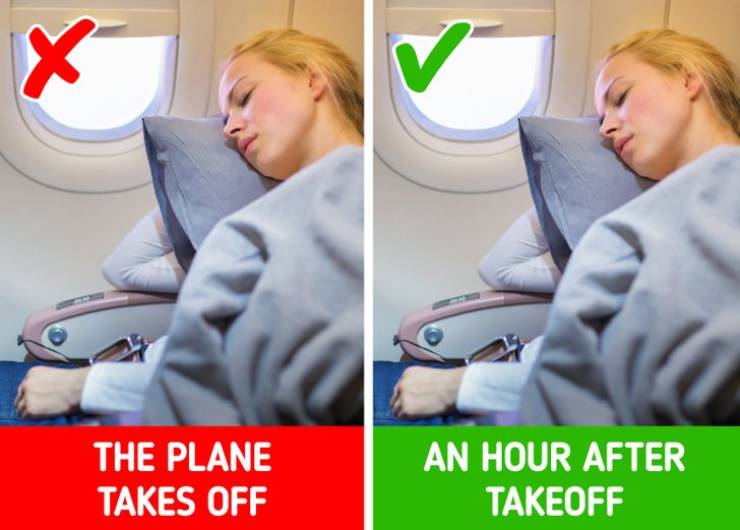 Catching up on sleep seems like a great idea, but it can actually cause serious damage to your ears. Air pressure inside a plane fluctuates during takeoffs and landings. Once your ears feel blocked, it’s necessary to reduce the air pressure in your ears. It’s impossible to do this once you’ve fallen asleep, so you may wake up with eardrum damage or, in the worst-case scenario, hearing loss. 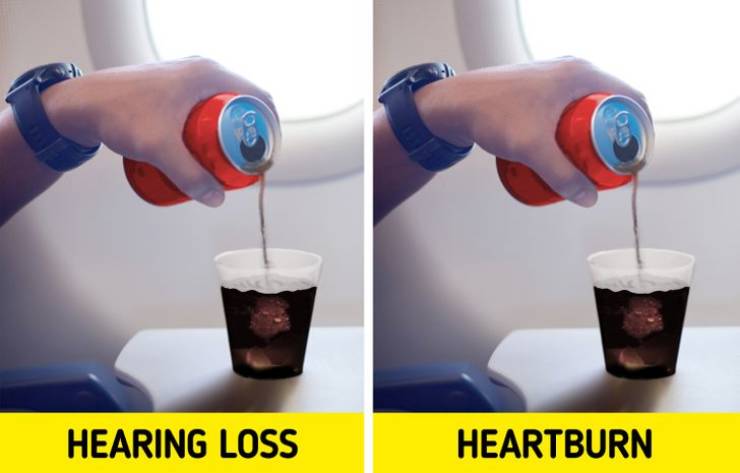 It will make you feel weary and sick. Fizzy drinks also cause gas and heartburn. Besides, such drinks are also hard to pour because of how long it takes for the bubbles to disperse. So it’s better to go for still water. 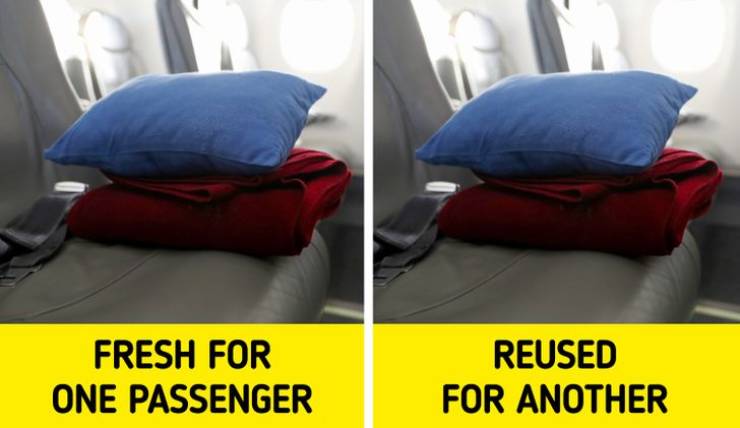 Free blankets harbor all kinds of germs. All pillows and blankets are simply folded and re-used after a flight. No one sanitizes or disinfects them daily. However, it’s still possible to get freshly washed blankets if your flight is the earliest.

Don’t order ice on a plane. 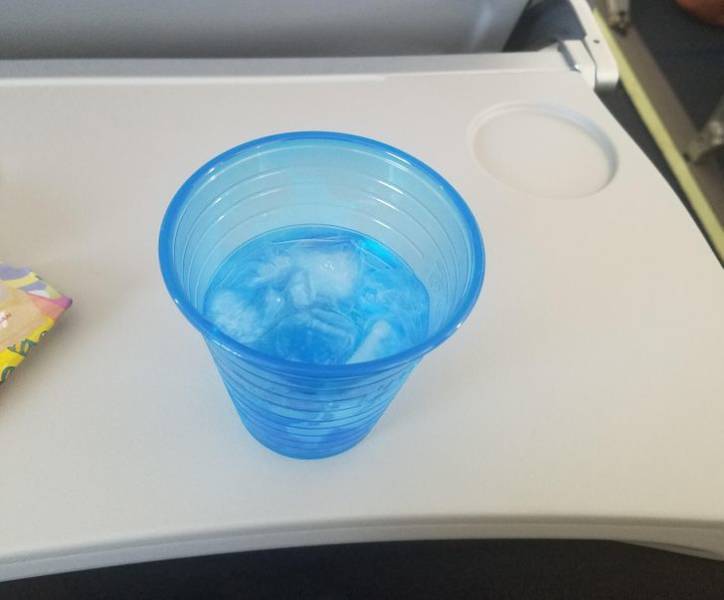 Water on a plane is not as clean as you’d like it to be, as it comes out of tanks that are tricky to sterilize. Even flight attendants don’t drink it. And believe it or not, ice is made out of that same water from the tanks. 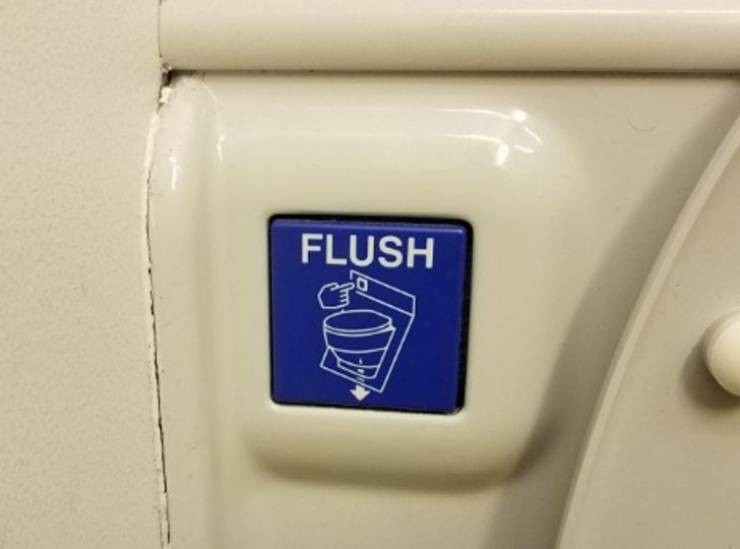 This is one of the dirtiest places on a plane. It’s better to sanitize your hands as soon as you flush the toilet or press the button through a tissue.

Never eat eggs on a plane. 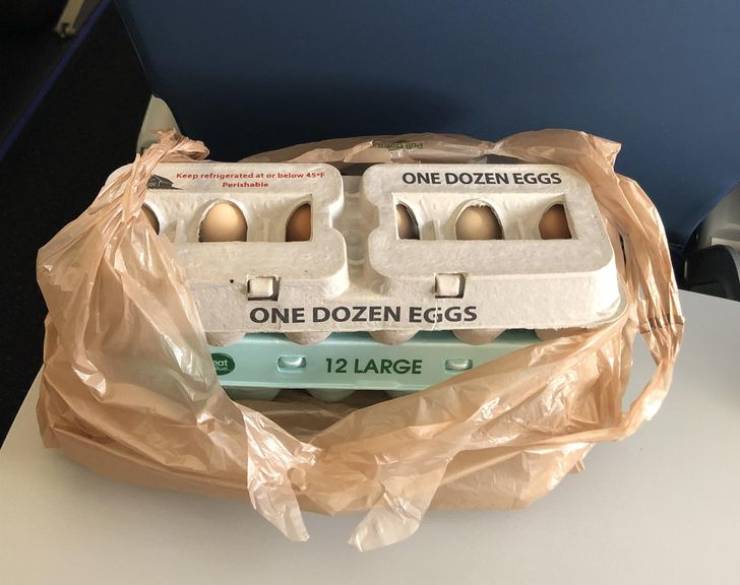 Unfortunately, there is no balance between tasty eggs and safe ones. Commercial pilot Laura Einsetler says they’re often undercooked or cooked to the point of being tasteless. She also confessed that she felt terribly sick after eating eggs on a plane.

Don’t flush the toilet while you’re sitting on it. 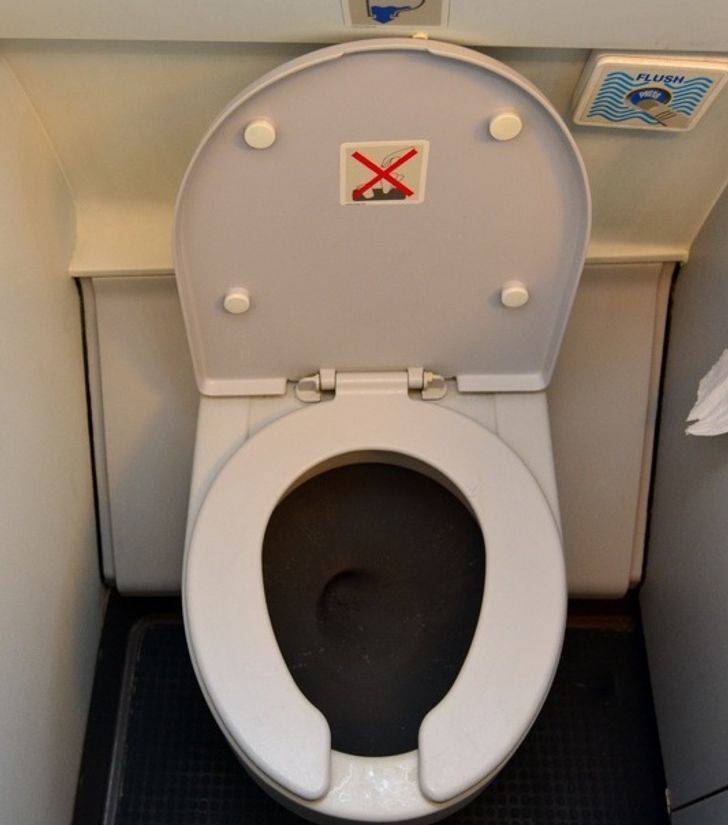 The created suction might suck you in. The thing is, when you press the flush button, you expose the contents to a pneumatic vacuum. They are later stored in a tank which is located on the plane. Of course, you can’t completely go down the hole, but it’s still an unpleasant experience.

Refrain from taking pictures or videos on a plane. 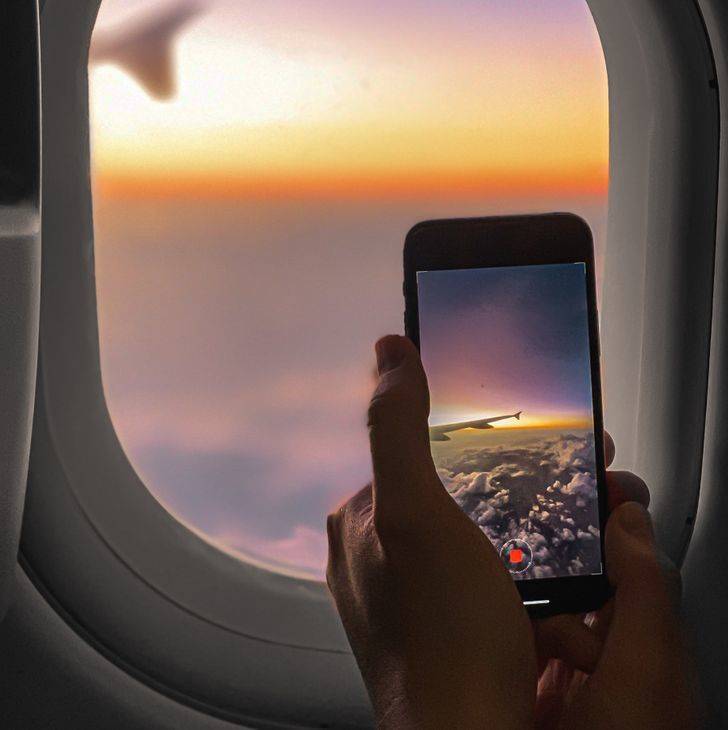 Some airlines prohibit taking pictures or videos on board. It can get you in trouble, so check whether the airline policies allow that. Sometimes passengers are thrown off flights or fined. Capturing personal events, however, is allowed. So make sure you don’t have strangers in your photos.

Previous 18 People Recreated Their Old Family Photos
Next The Cast Of “Friends”: First VS. Last Episode