10 Richest People Of The Past Make Modern Billionaires Look Cute 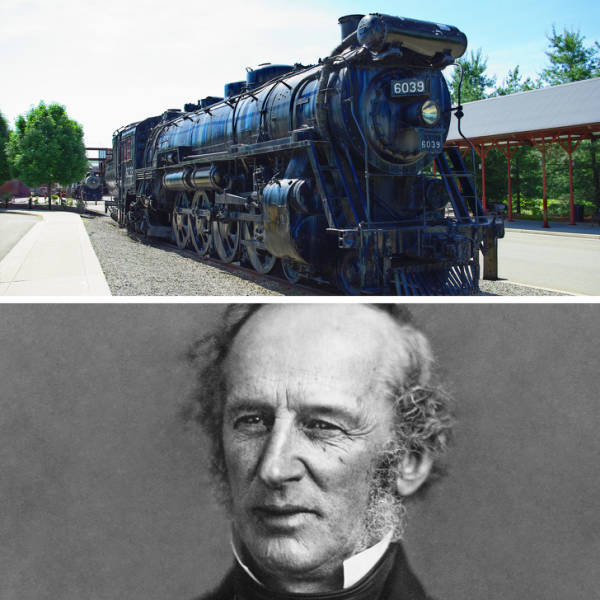 Cornelius Vanderbilt, one of the most famous businessmen in the history of the US, became rich because he built the railroads and shipping lines in the 1800s. During the most successful years, Cornelius Vanderbilt’s fortune was approximately $185 billion. Most of his money was earned during the expansion of his railroad empire after the Civil War. 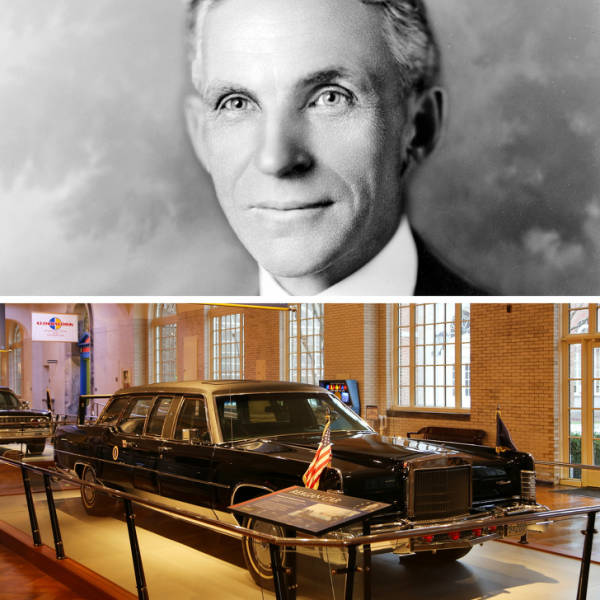 Henry Ford is one of the most prominent people in American business. The personal fortune that he had was just short of $200 billion. Ford not only started his corporation and was also famous for his revolutionary approach to car production, but he was also a pioneer in business and industry. He set a higher salary for his workers than what was considered average at that time and he developed the concept of the assembly line. It allowed him to create inexpensive cars and to make them affordable for regular people. 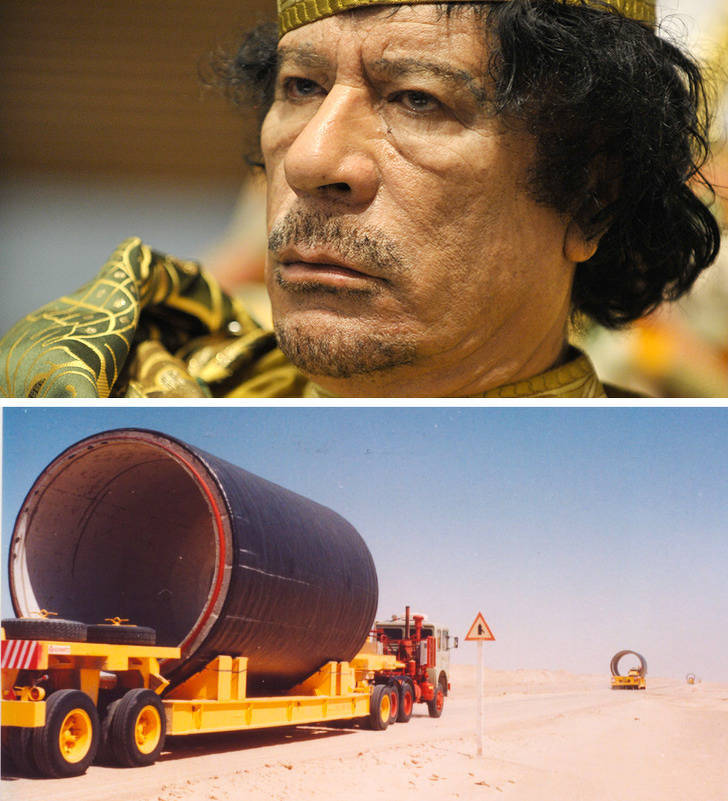 It is unlikely that there is a person in the world that hasn’t heard his name. It is believed that Gaddafi had a fortune that was estimated to be about $200 billion that he made in 42 years during his reign in Libya.

Gaddafi was quite a controversial politician and ruler, but he did a lot for his country. For example, he built the Great Man-Made River that now supplies the deserted areas of Libya. According to some experts, this was the biggest irrigation project in the entire history of humanity. 6.5 cubic meters of drinking water is supplied on a daily basis now.

Gaddafi was overthrown in 2011 during the Civil War. 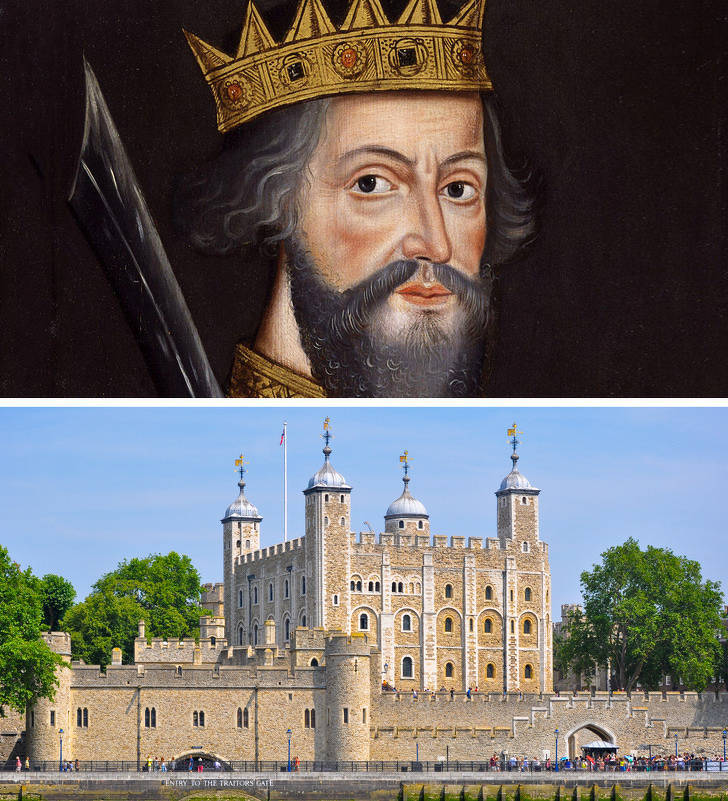 According to different estimations, William I the Conqueror had about $209–229 billion. William I the Conqueror was the first King of England after the Norman invasion in 1066. William’s reign had huge consequences for the country: he set up the united English Kingdom, he created the army and the fleet, he made the so-called Domesday Book, and he started to build the stone fortresses, the first one of which was a tower that was built in 1078. 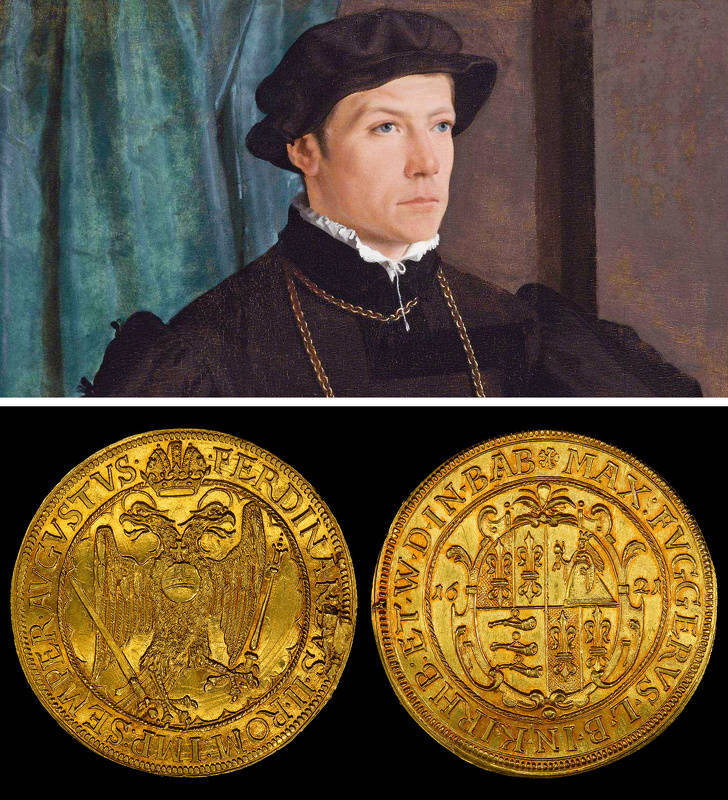 Jakob Fugger is probably not as famous as the other people on this list but just like them, he had a lot of money. Thanks to his banking and trading skills, he had about $221 billion. Jakob Fugger was born in 1459 and died in 1525 in Augsburg, Germany. He built his fortune mostly by selling textiles in Italy and also he mined silver and gold in Hungary and Bohemia. 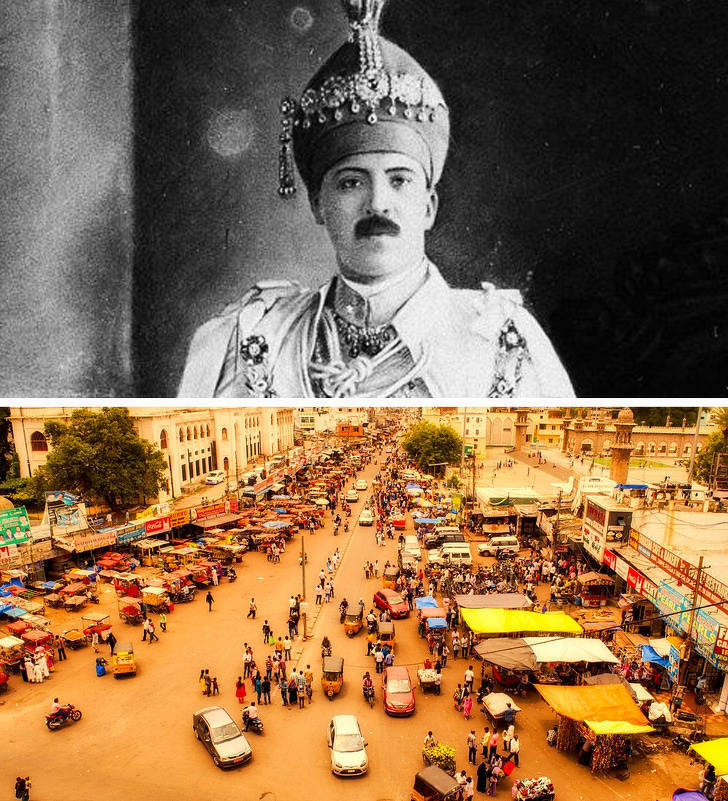 There is a chance that you have never heard of Mir Osman Ali Khan but he is definitely one of the richest men the world has ever seen. When he was the ruler of the Hyderabad State in India, he made his fortune as big as $230 billion. After the death of his father in 1911, he became the Nizam of Hyderabad and ruled for 37 years. He helped to develop education, electricity, and railroads in the area. 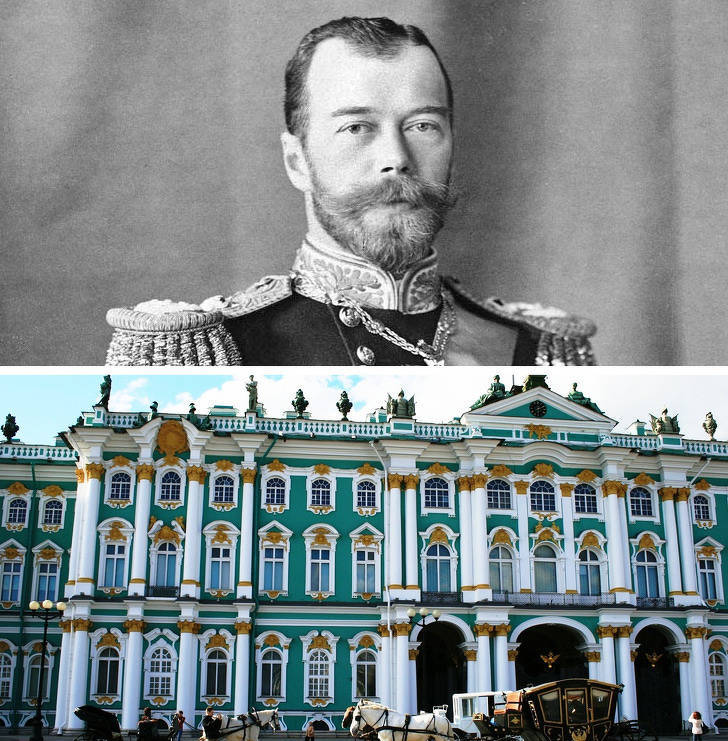 The fortune of Nicholas Alexandrovich, Tsesarevich of Russia is estimated to be $300 billion. His personal income consisted of the lands he owned and also the assets in the industrial sector and trade. Since the Russian Orthodox Church canonized Nicholas II, he can also be named “the richest saint in history.” 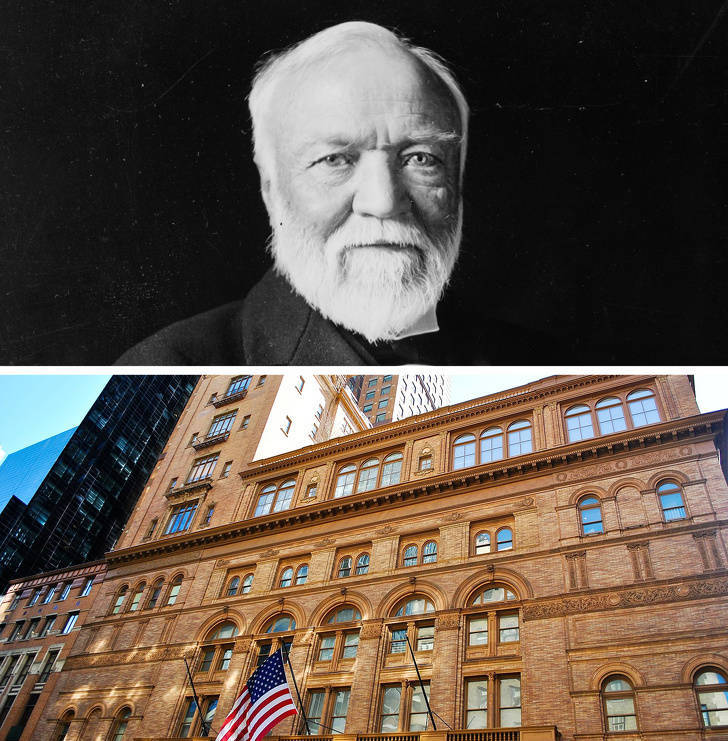 Andrew Carnegie was an unbelievably rich and powerful businessman. He became famous in the middle of the 19th century. Carnegie was born in Scotland and he was from a very poor family that moved to the US at the end of the 1840s. After some successful investments into a series of companies, Carnegie set up his own company, U.S. Steel, that made him the biggest part of his fortune of $310 billion. He is also known as a man who spent most of this money on different donations, so he is remembered as one of the most prominent philanthropists in the world. 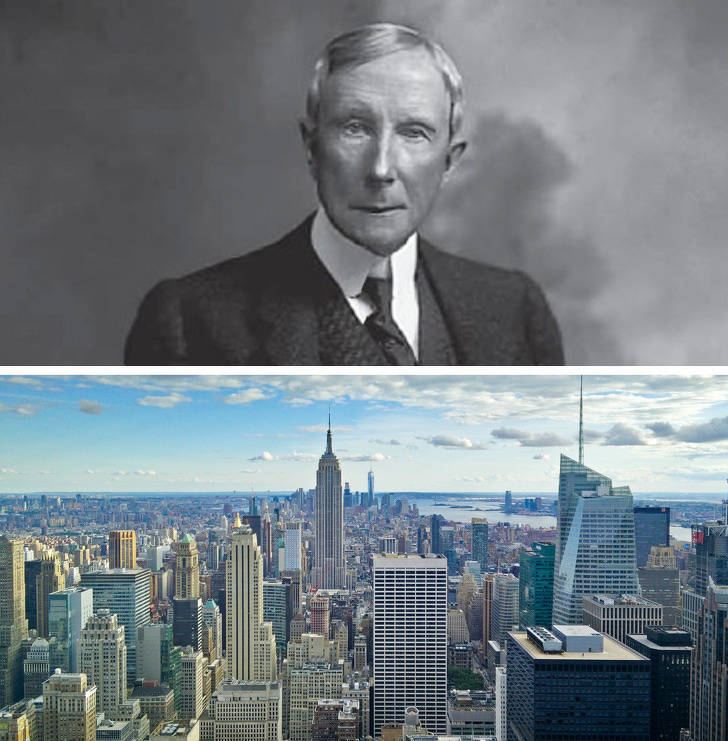 The name of John Rockefeller means a lot for US history and his fortune is estimated to be $340 billion. Even today, it is almost the biggest fortune ever. He was born in 1839 in New York, and he became one of the founders of Standard Oil. Rockefeller is also known as a philanthropist: when he was alive, he founded 2 colleges, the Chicago University, and the Rockefeller University. He died in 1937 at the age of 97. 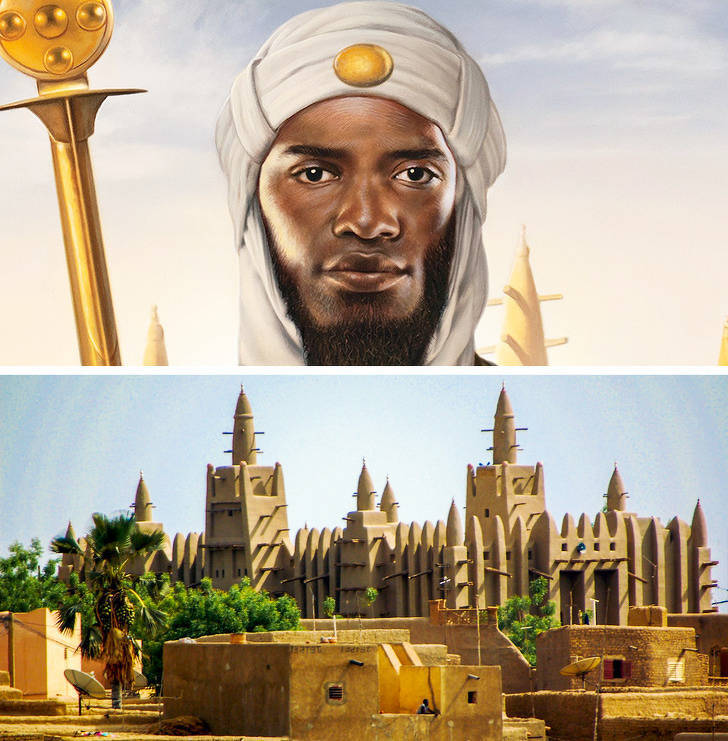 The richest person that has ever walked on this planet was Mansa Musa, or Musa I from Mali. When he was the reigning emperor of Mali, he had a fortune that would be worth about $400 billion today. Musa was born in 1280 and before 1337, he lived like a regular religious Muslim. He built many educational centers and mosques around Africa.

Just for comparison: the richest person alive at the moment, the founder of Amazon, Jeff Bezos, is worth about $131 billion and Bill Gates, with his $ 96.5 billion is the second person on the list of the richest people.