10 Riddles For Your Big Wrinkled Brain

“Einstein’s Riddle” asks a simple question: Who owns the fish? 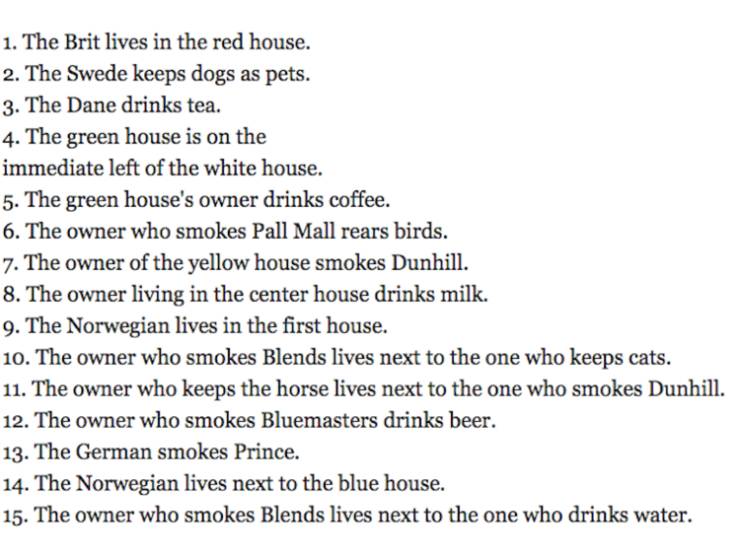 Legend has it that Albert Einstein made up this riddle when he was a kid.

Using the 15 clues above, can you figure out who owns the fish?

Can you figure out the answer to the fourth equation? 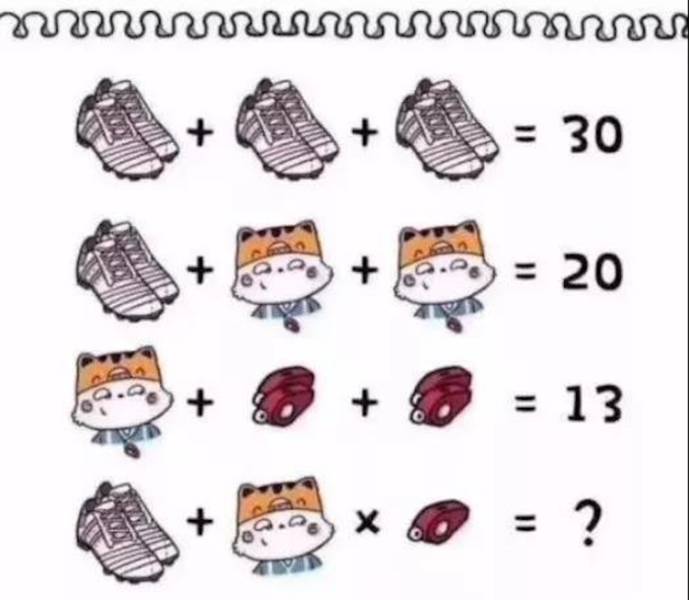 The way to solve this is to figure out what numbers the symbols represent.

Start with the first equation: three shoe symbols added together equals 30, meaning that the shoe symbol represents the number 10.

Watch out though — not all of the cats are the same.

You can read a full explanation of how to solve the riddle from Reader’s Digest here.

Which cup would be filled with coffee first? 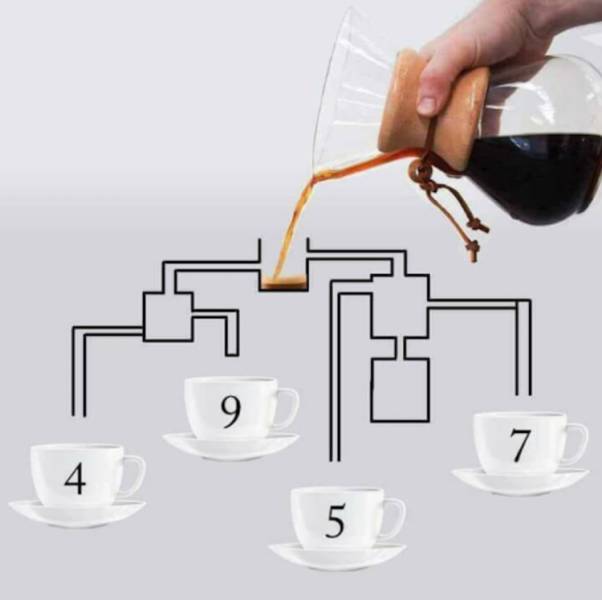 If you look closely, you can see that all of the pipes in the image are blocked except for the ones leading to cup number five.

How many triangles are there in this photo? 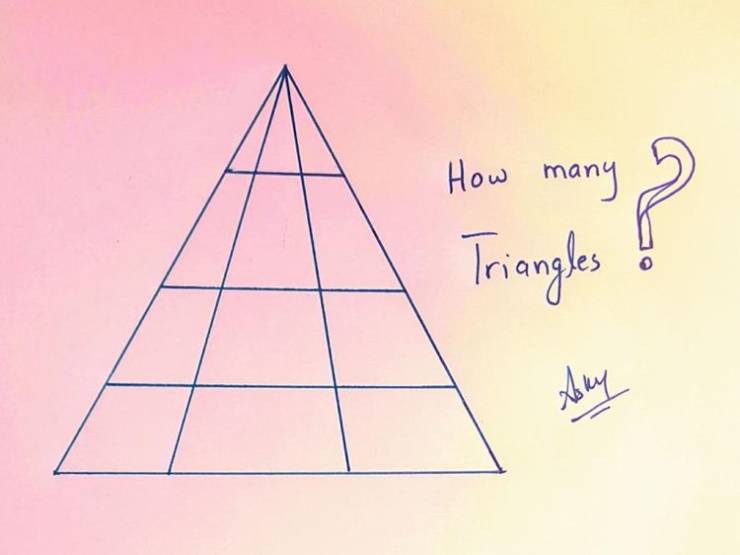 After this challenge was shared by Doctor ASKY on Facebook, it received over 11,000 comments debating the correct number of triangles, ranging from 4 to 44.

There are six triangles in each of the four rows, plus the main triangle. Some even included the one in the artist’s signature and the word “triangle.”

Check out this Quora thread discussing all of the possible answers, including a helpful diagram by mathematician by Martin Silvertant that shows how he got 25.

This riddle is part of a viral IQ test that stumped the internet. 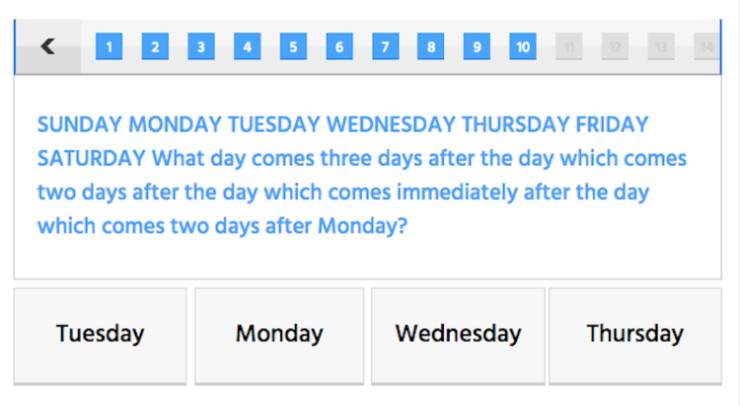 Two days after Monday is Wednesday.

The day immediately after Wednesday is Thursday.

Two days after Thursday is Saturday.

Three days after Saturday is Tuesday.

The answer is Tuesday!You can read more about the IQ test here.

According to Playbuzz, 97% of people get the answer to this riddle wrong on the first try.

Hint: Teresa’s daughter is the one asking the question.

Still stuck? The answer is that I am Teresa’s daughter.

You can read the full explanation on Playbuzz.

What disappears when you say its name? 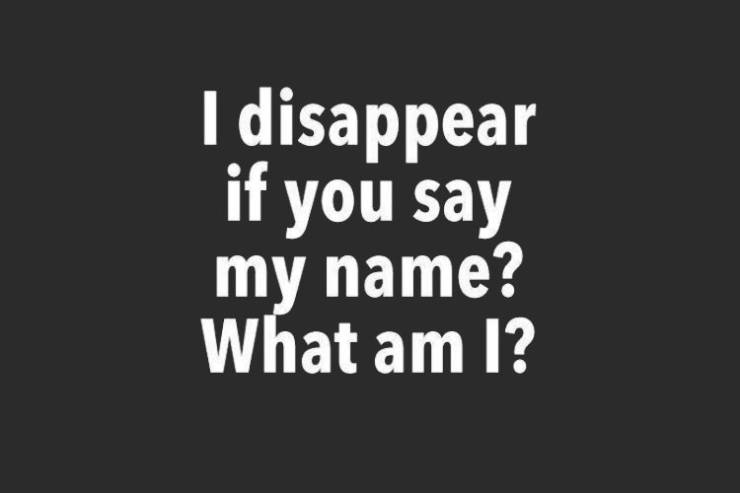 The Facebook page Viral Riddles posed this question to the internet. Can you figure it out?

The answer is silence.

This riddle might look like you have to crunch numbers in order to solve it, but it doesn’t involve any math at all. 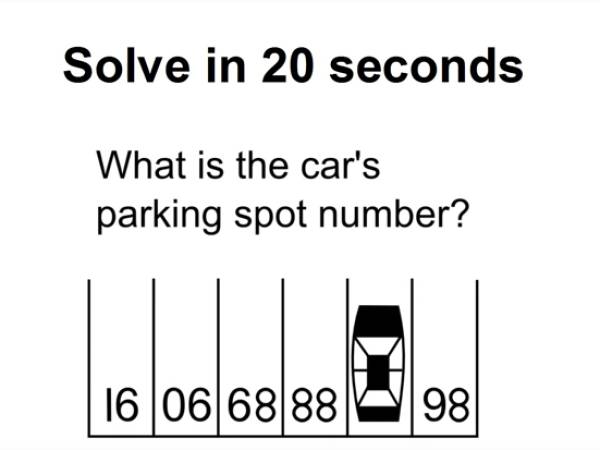 The Guardian pointed out the simple solution: turn the picture upside down and you’ll see that the numbers are in numerical order from 86 to 91. Therefore, the car’s parking spot number is 87.

You can read the full explanation here.

This viral matchstick riddle shows an incorrect math equation that it takes moving only one matchstick to fix — and there are two ways to do it. 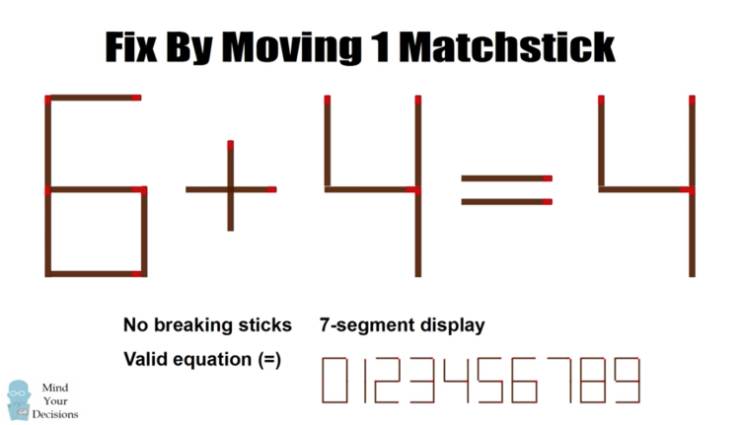 You can watch MindYourDecisions’ full explanation on YouTube here.

What should the last five numbers in this sequence be? 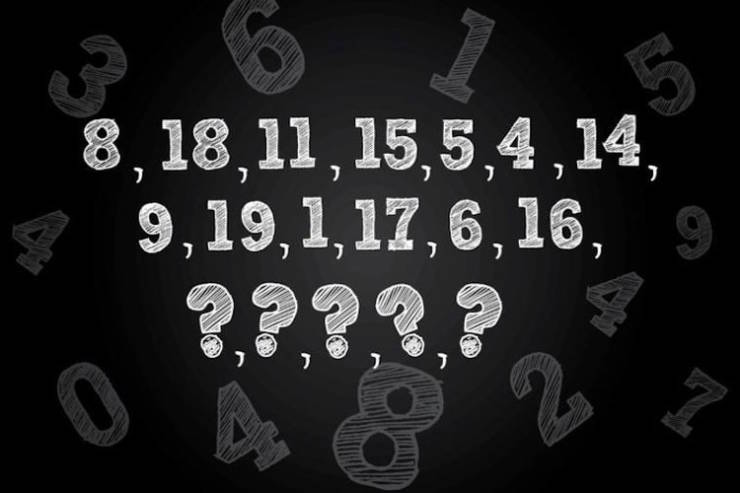 Adam Spencer, comedian, mathematician, and author of The Number Games, wrote this riddle, which was then shared by Reader’s Digest. It lists the numbers one through 19 in a particular order, leaving the riddle-solver to determine what order the last five numbers should go in.

The answer — the numbers are listed in alphabetical order according to the way they’re spelled. The last five numbers in the sequence would be 10, 13, 3, 12, and 2.

You can find a full explanation of the answer on Reader’s Digest.

Loading...
Previous Probably The World’s Best Hotel
Next 15 Curious “Area 51” Facts You Need To Read Before The Raid