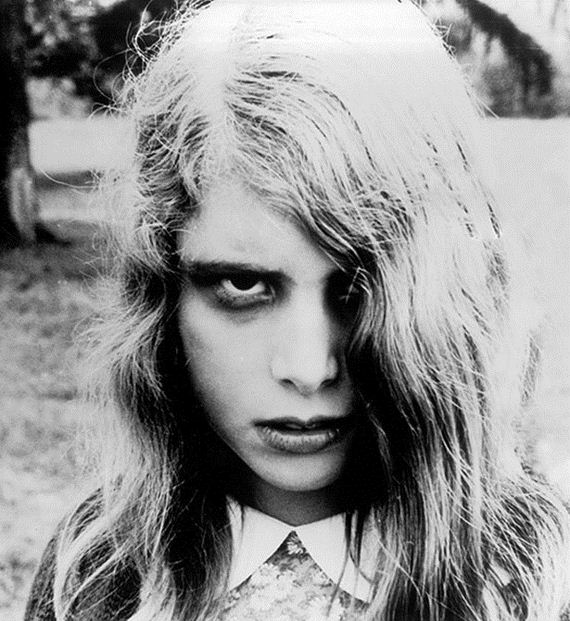 Horror movies are a special breed. It seems like no other genre is filled with such a prevalence of shit. Here are some of our favorite horror films gone oh so wrong.

Okay, we’re just stirring the pot here, as this movie is great and a classic. There are those out there, though, who aren’t the biggest fans of the main character being shot dead randomly at the end of a movie. And while Roger Ebert may have been talking about young children who saw the film in theaters before the MPAA ratings system was put in place, it still reigns true that, for some people, “they identify fiercely with the hero. When the hero is killed, that’s not an unhappy ending but
a tragic one: Nobody got out alive. It’s just over, that’s all.” 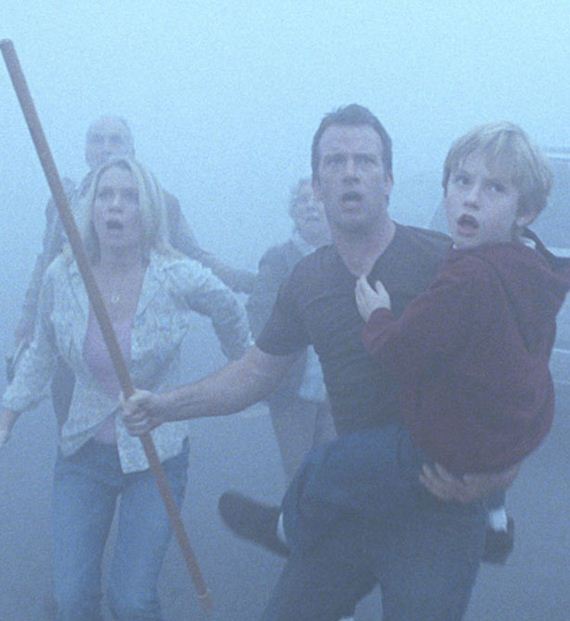 For a movie that mostly stayed true to its source material, we are treated to a new ending that makes no sense to the remaining characters’ struggle to stay alive, nor any sort of intelligence they have been shown to possess. Sure, Stephen King’s novella version had a more open ending, which isn’t necessarily how you should end a film, but to have the survivors run out of gas during their escape, and then decide the best course of action is to now kill themselves in order to spare the torment of being devoured by monsters is mind-boggling. Throw in the irony of there being only four bullets for five people and the fact that once the main character kills the rest, the crisis resolves itself, and you can clearly see that shock value is this ending’s only merit. Sadly, the shock is due to the sheer stupidity of the conclusion. We’re actually kind of glad director Frank Darabont didn’t stay showrunner of “The Walking Dead” if this is an ending he sees fit for a survival story. 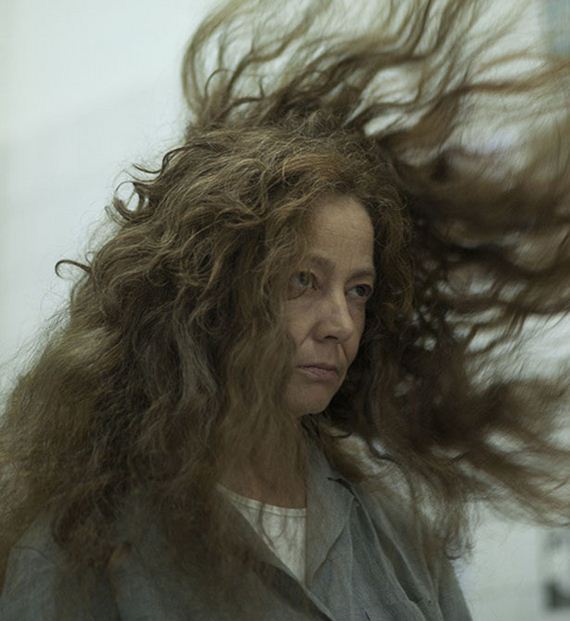 “A URL is not an ending” was the main complaint with how this film draws to a close, and we are inclined to agree. Everything from the marketing to the truly creepy previews for this movie suggested a good old-fashioned scary time, and the low budget found-footage flick raking in close to $34 million opening weekend seemed to say a lot. However, numbers dropped drastically the following week, likely due to word-of-mouth of pissed off moviegoers who found the ending frustrating for two reasons: 1) it simply ends with the main characters getting in a car crash, resolving virtually nothing; and 2) a title card is then displayed informing viewers they can follow the ongoing investigation of the fake movie’s possession at www.TheRossiFiles.com (and yep, the site is already out of service after less than two years, making repeat viewings all the more useless). 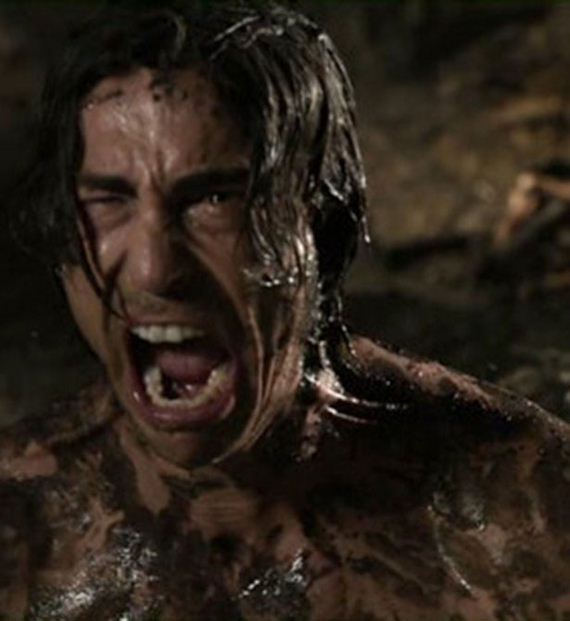 Speaking of low budget horror films that miss the mark, here’s one in which the final confrontation between the main characters and the titular creature takes place completely offscreen. We understand that if your production doesn’t have a lot of money to throw around, you have to cut corners to make things work. If that is the case, however, then write an ending that plays to the strengths of a smaller budget. Don’t pull a cartoonish scenario with the good guys falling into a hole with the
bad guy and then crawling out in the morning victorious. That’s something more fit for a Disney movie than a horror flick where people are expecting to see blood and guts, not to mention anything at all. 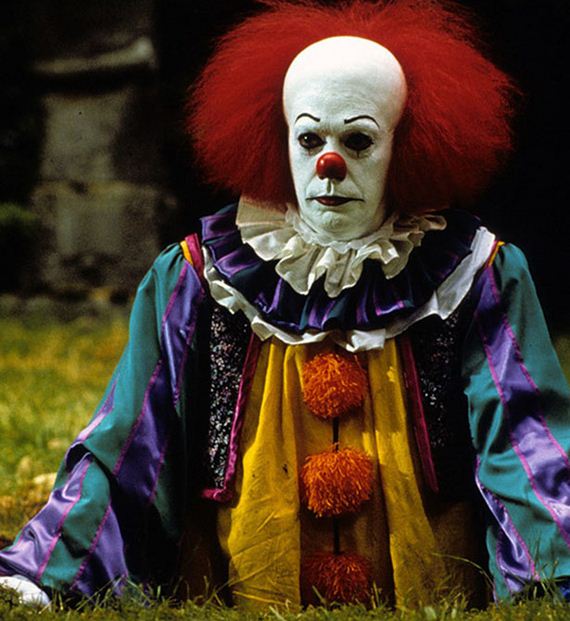 Of course, on the flip side of “Creature,” you have “It,” a production that may have had the money for special effects, but unfortunately the technology just wasn’t there yet. Anyone who was a child in the early ’90s knows how horrifying Pennywise the clown was to them, and his creepiness still stands today. Sadly, a giant CGI/puppet spider is never scary, always corny, and its appearance really puts a damper on what was, until that point, a genuinely disturbing movie. 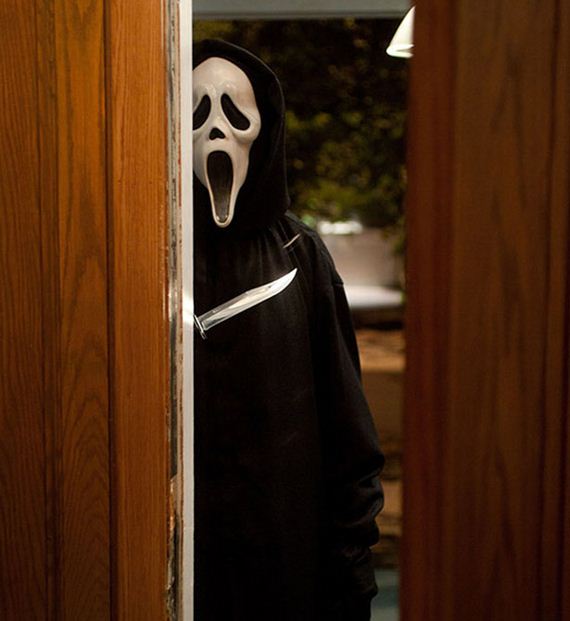 Touted as the start of a new planned trilogy for the franchise, “Scream 4″ had the potential to go anywhere it wanted, and kill anyone it wanted. Instead, we were left with the same three characters surviving yet again, as well as the two killers’ motivation being the lamest yet. Essentially, they want to be famous. One of the killers is also the Sydney character’s cousin, and she’s sick of Sydney always getting all the attention. But she’s killed, and so are all the new characters introduced, sans one. How is
that the start of something new?

By and large, the remake of 1972′s “The Last House on the Left” is just as good, if not better, than the original. And if you were to stop the movie as the family escapes via boat after vanquishing the bad guys, it would be hard to argue that this film isn’t one of the best remakes of a horror movie out there. However, throwing in a random, senseless gory scene where the father returns to the house in order to fry the main bad guy’s brain in a microwave just feels like they wanted to throw a horror movie tag on the whole thing. It’s really unnecessary, and most of all, stupid. 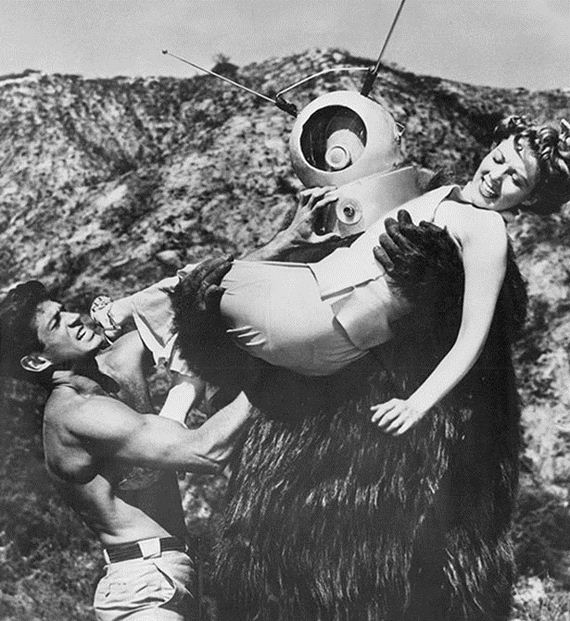 Fortunately, this is one of those “so bad, it’s good” kinda movies. How bad is it? Well, it’s considered one of the worst movies of all time, if that is any indication. However, the whole “main character wakes up only to discover it was all a fevered nightmare” trope has been used many times in horror since, to a similar disappointing effect. In fact, it only really works if it’s done in the exact opposite manner, which we’ll touch on with our next entry. 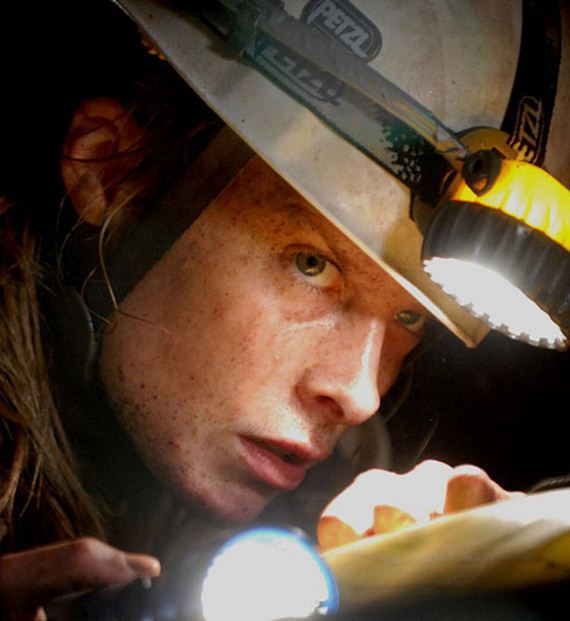 2005′s “The Descent” is a brilliant horror film, not just because of its claustrophobic nature and intensely frightening monsters, but because of its ending. That is, the original UK ending where the main character Sarah escapes the caves, only to realize she is merely hallucinating, and still confounded to the hellish world below. The US version stuck with her escaping, though, forgoing the whole dream sequence aspect. In either case, the sequel begins with Sarah finally escaping and being taken to the hospital by Ed, the local mine shaft operator. Of course, she is forced to return to the caves with a new crew in search of survivors from the previous film. While “The Descent: Part 2″ is about on par with its predecessor, the ending is completely ridiculous, with Ed this time clocking Ellen, the new last woman standing, on the head with a shovel and throwing her back into the pit she crawled out of as a sacrifice to the cave dwelling monsters. Um, why didn’t he just do that to Sarah in the first place, then? 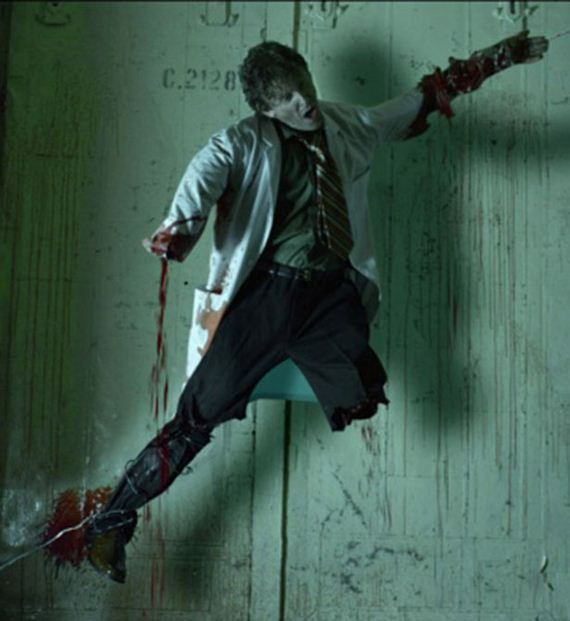 Finally, we come to the most moronic of all the moronic endings of the bunch. Don’t get us wrong, we kinda love how bad this movie is. But its conclusion is the icing on the bloody cake. Sure, you don’t see it coming, but that doesn’t make it good. In fact, if you were to catch it out of context, you wouldn’t even realize it was the final scene. A similar ending, where the heroes drive off only to be decapitated by a booby trap left by the killers, was used in the 2005 horror flick “2001 Maniacs,” but seemed a bit more genuinely plausible for the characters to not be on the lookout for such traps. All we can say for this one is “Oh no!” and then laugh hysterically.