12 Actors Who Disappeared From Under The Spotlight 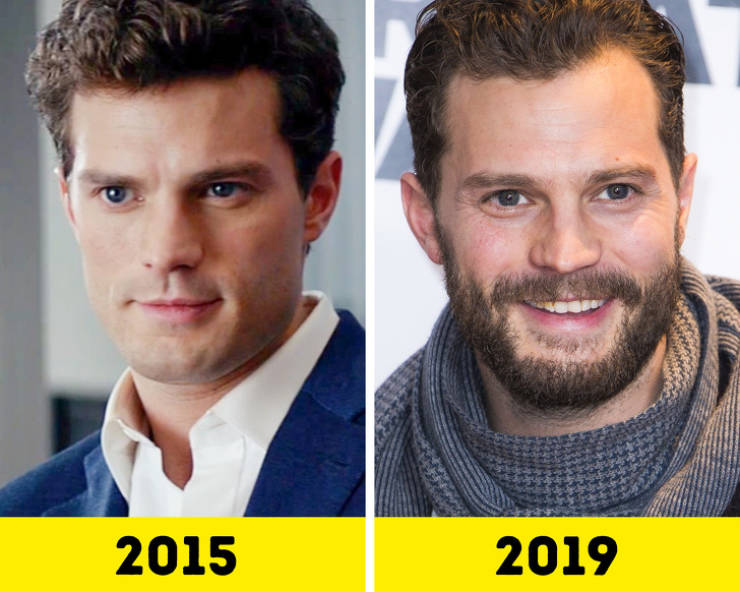 4 years ago, almost every girl wanted to meet her Christian Grey — the main character of the popular film Fifty Shades of Grey. Even though Jamie Dornan, who played the famous character, continues to appear in films, he has not managed to achieve the triumph he had in the past. Despite that, the actor is happily married and is raising 3 children. 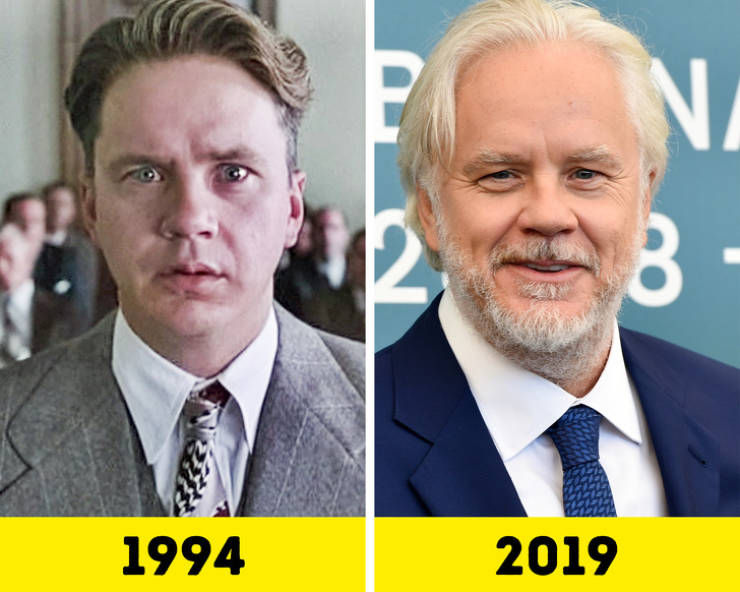 Tim Robbins became famous thanks to his role in The Shawshank Redemption. This film is still believed to be the best film in the history of cinema, according to IMDb. The actor continues to do films today, but he doesn’t get big roles like he had in Shawshank. He also has a star on the Hollywood Walk of Fame. 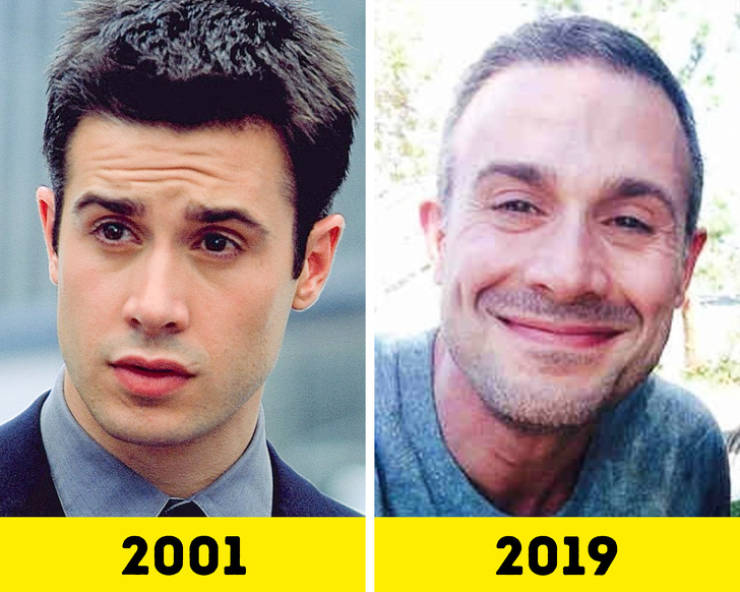 Freddie Prinze Jr. became world-famous thanks to his role in She’s All That, which was released in 1999. After that, he was invited to be a part other famous films, like Head Over Heels, Down to You, and Boys and Girls. At the moment, Freddie doesn’t appear in movies at all. Sarah Michelle Gellar is his wife and they have a son and a daughter. The ex-actor has a nerdy YouTube-channel, collects comic books, and loves East Asian movies. 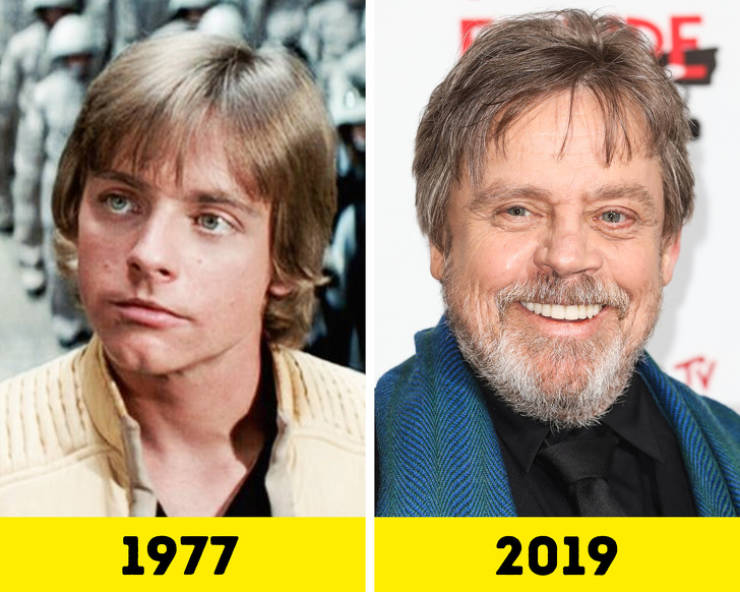 Luke Skywalker is definitely one of the most iconic characters in the history of cinema. He was played by Mark Hamill and this role made Hamill a star. But he had difficulties playing roles in other films right after the release of Star Wars because both viewers and directors only saw him as Luke. At the moment, Hamill lives in a small house in Malibu and has 3 children. 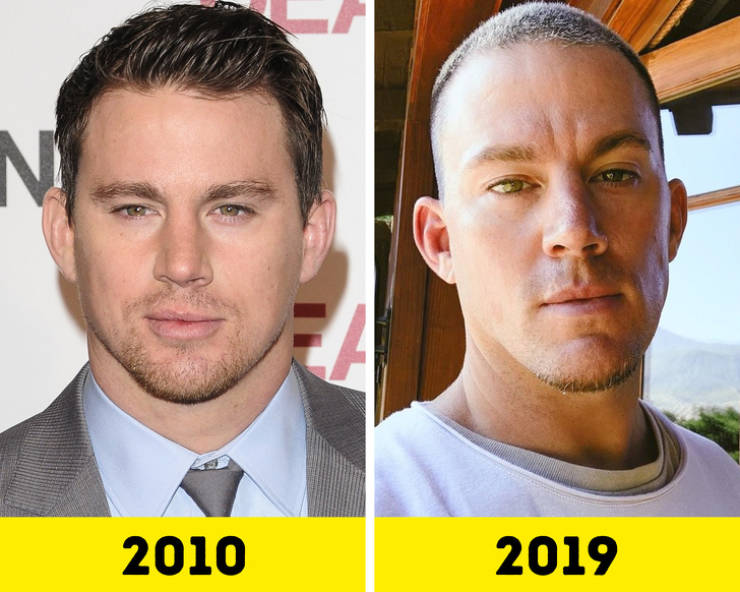 Channing Tatum appeared in successful films like Step Up, Dear John, and G.I. Joe: The Rise of Cobra. But now, the actor doesn’t get that many important roles and Tatum is no longer as popular as he once was. The actor was married to his partner in Step Up, Jenna Dewan, but last year, the couple announced their divorce. 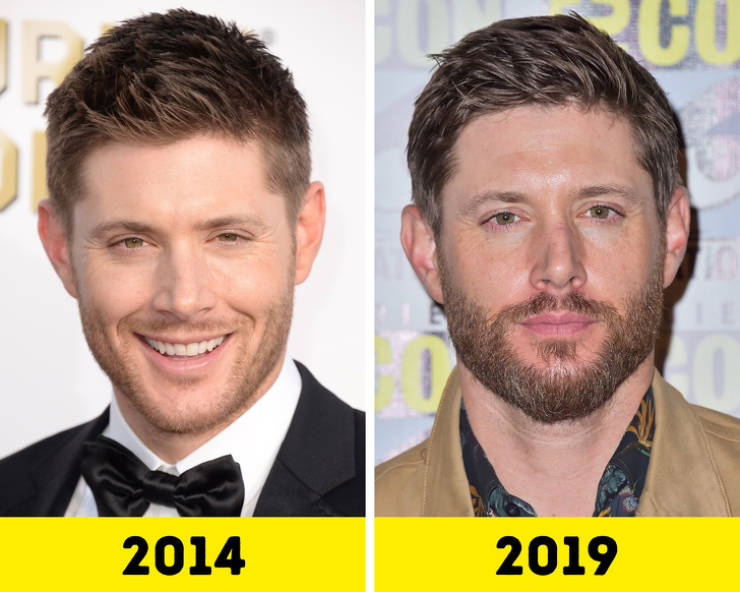 At the beginning of the 2000s, Jensen Ackles stole the hearts of fans of the Supernatural TV series. Now, he doesn’t get as much attention from fans as he used to and in October, the final season of the show started. Jensen is planning to take a break after the show. Together with American actress, photo model, and gymnast Danneel Harris, they are raising 3 children. 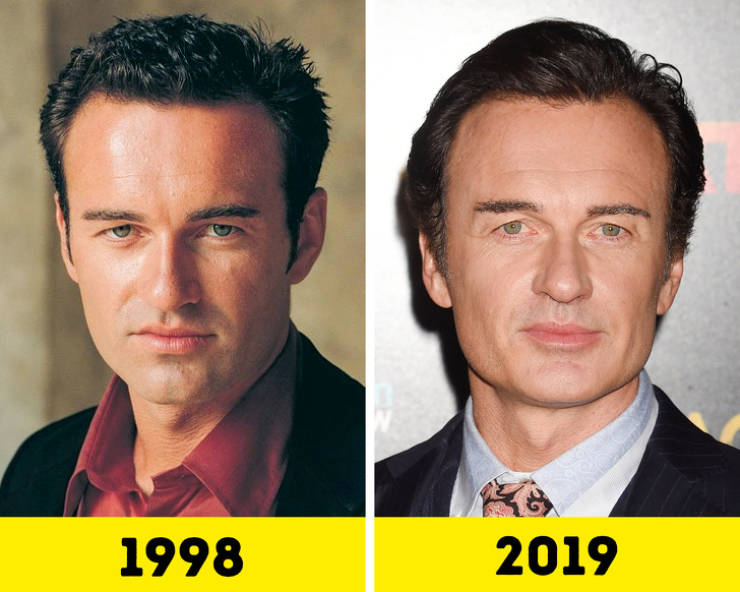 In the 1990s, all the fans of Charmed were in love with Julian McMahon. From 2003 to 2010, the actor appeared in the main role of a different popular TV series called Nip/Tuck. But he was never successful in full-length films. In 2011, he appeared in Bait which wasn’t a big hit. 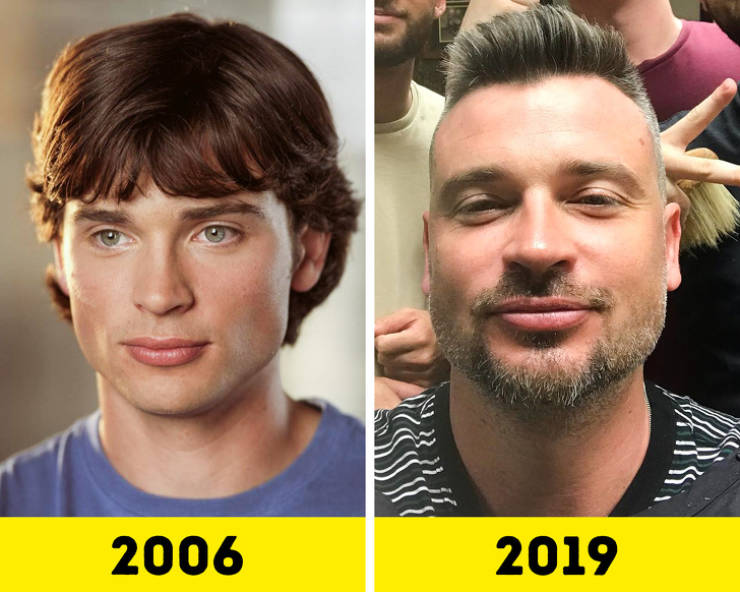 Do you remember this romantic guy with the good heart from Smallville? Tom Welling managed to show a good guy on the screen and proved that girls don’t only love the bad guys. But after the end of the TV series, the hype around Tom disappeared and this TV series still remains the biggest role of his career. In 2019, the actor and his wife, the founder of Saddle Club, Jessica Lee Rose, became parents. 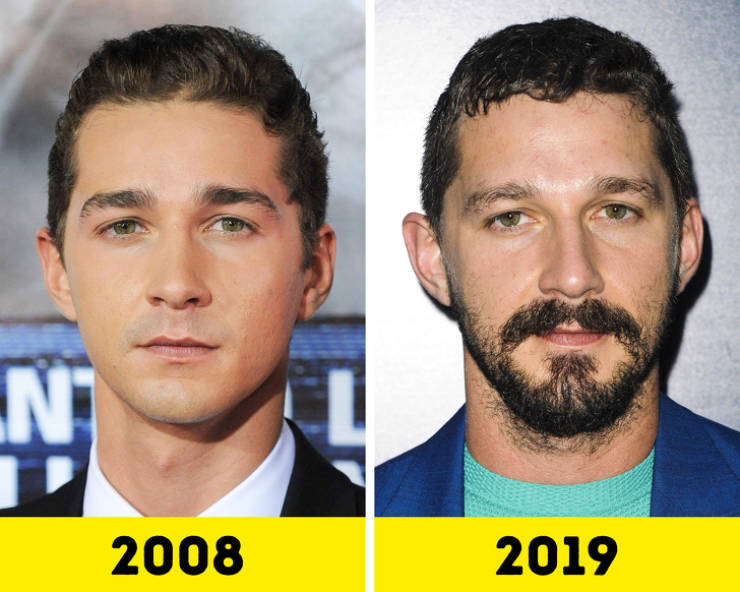 The scandalous behavior and different addictions of the star of Transformers, Shia LaBeouf, destroyed his Hollywood career. At the moment, he almost doesn’t appear in high-budget films and he is mostly mentioned in the media when he does something weird. For example, in 2014, when the film Nymphomaniac was released, he appeared at the premier with a bag on his head. The words on the bag said, “I am not famous anymore.” Just before this, the actor filmed Honey where he also played the main role. He wrote the script while he was in rehab. 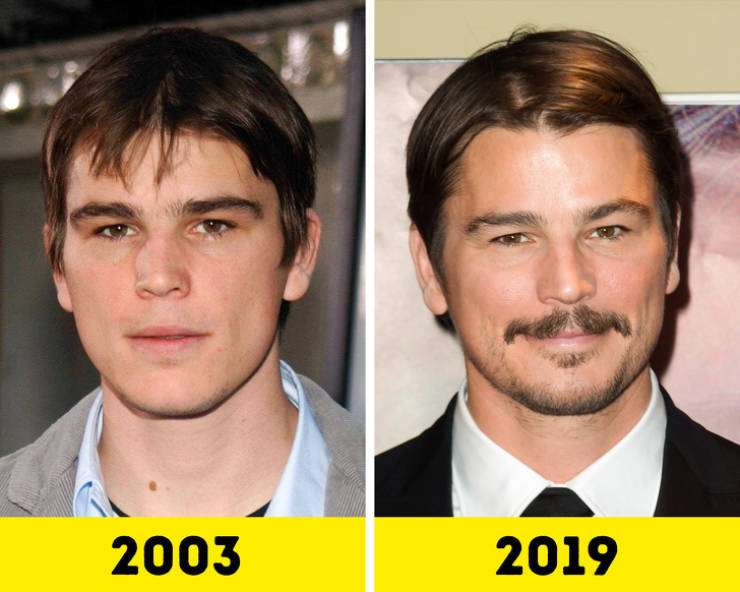 When we look at Josh Hartnett’s photos, we are filled with nostalgia about the 2000s. Harnett quickly became an actor whose characters appealed both to men and women. Josh still appears in movies even though his face doesn’t appear on the screen as often. Together with actress Tamsin Egerton, they are raising 2 children. 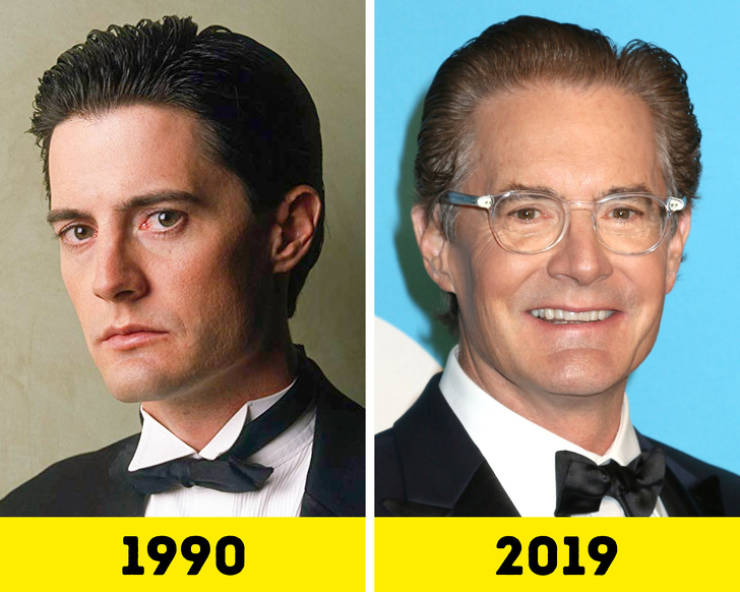 Everyone had forgotten about Kyle MacLachlan before the premiere of season 3 of the iconic Twin Peaks. The actor appeared in some other films by David Lynch and also many people remember him as MacDougall from Sex and the City. MacLachlan is married to writer Desiree Gruber and they are raising a son. 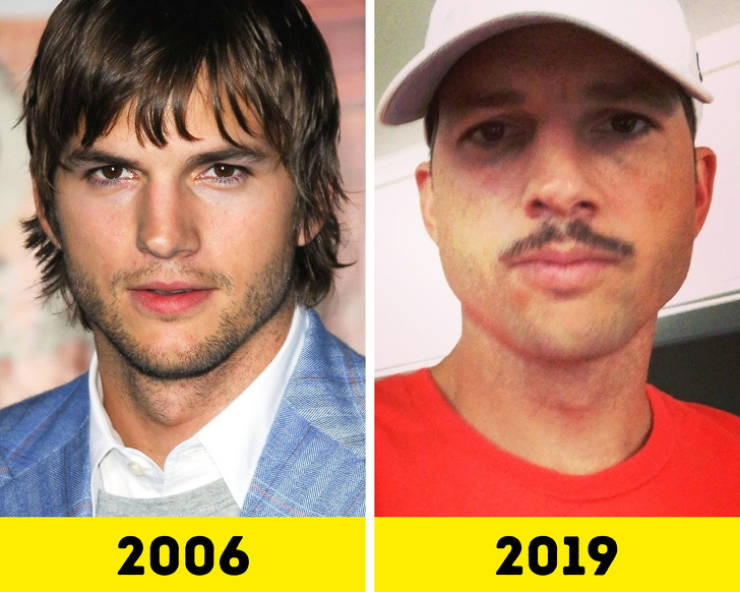 Ashton Kutcher used to be extremely famous, but he kind of left the world of cinema in 2013 when the film Jobs, where he played the main role, was a complete failure in the box office and Kutcher stopped receiving job offers. He is married to Mila Kunis and they have 2 children.