Icelanders developed an app that tells them if they’re related to the person they’re seeing. 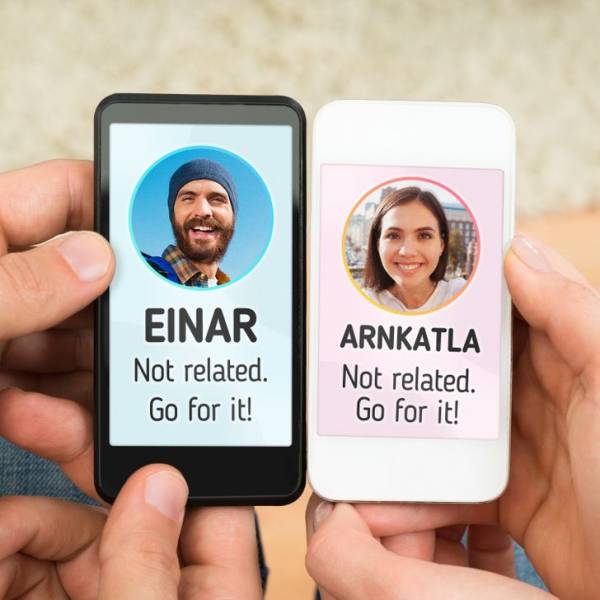 Since Iceland has a very small population and relatively little immigration, it’s likely that people there have distant cousins that they’re unaware of. So, to prevent them from dating their own cousins, they invented an app that uses a database from The Book of Icelanders, allowing them to find out if they are related in a fun and simple way.

Traffic lights have red hearts instead of red circles. 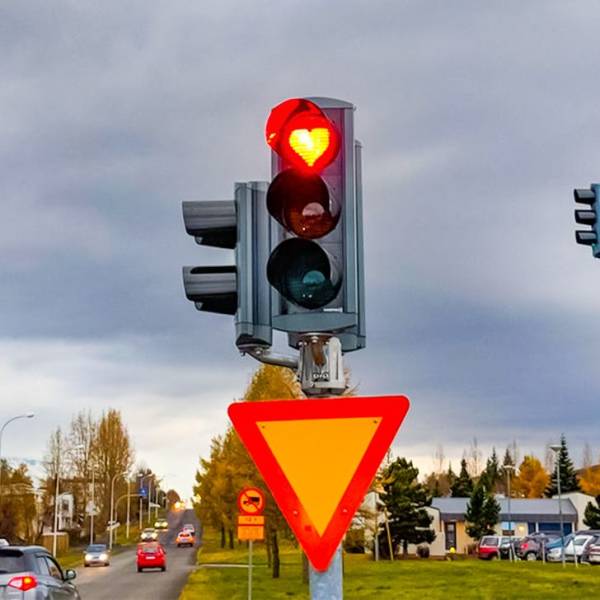 In order to lift the people’s spirits, the Icelandic town of Akureyri replaced round traffic lights with heart-shaped ones.

Parents often leave their babies to nap outside in the cold. 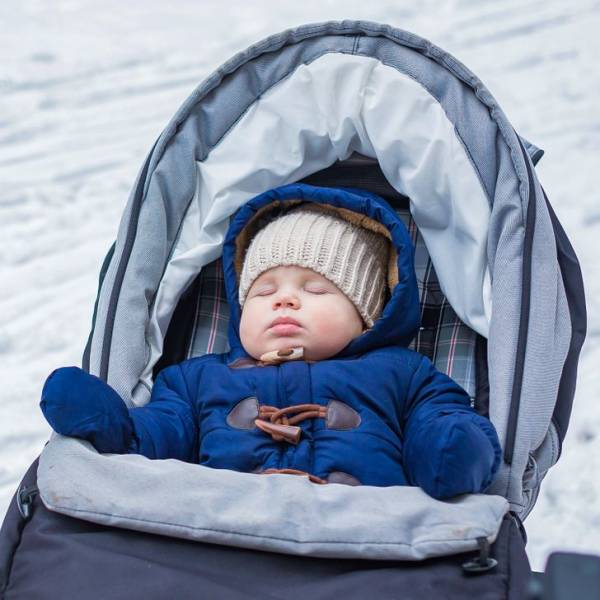 Icelanders believe that sleeping in the cold boosts a child’s immune system. So, even in freezing temperatures, for their afternoon naptime, they leave their babies outside. 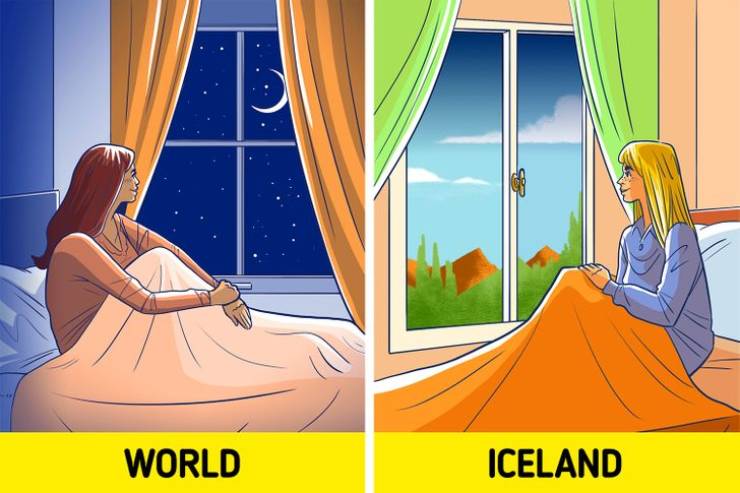 Around the summer solstice, in North Iceland and Westfjords, the sun is visible for 24 hours. In Reykjavík (the capital of Iceland), on the other hand, the sun sets for a few hours, but the sky doesn’t get dark, which allows them to even read a book outside in the middle of the night.

Icelanders built heated water pipes under the sidewalks so they never have to shovel in winter. 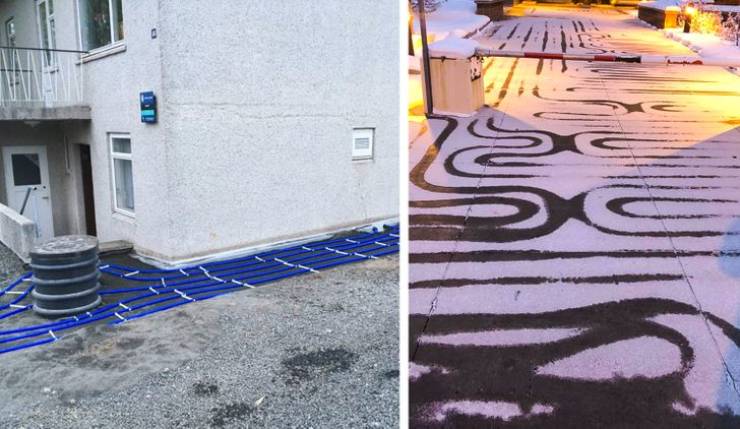 Iceland is a country with snow-free sidewalks.

But that’s not the only benefit they reap from installing heated water pipes. They also make walking easier, save money on snow plowing and street renovations, and prevent accidents.

There’s a “bubble hotel” where you can spend the night in a bubble. 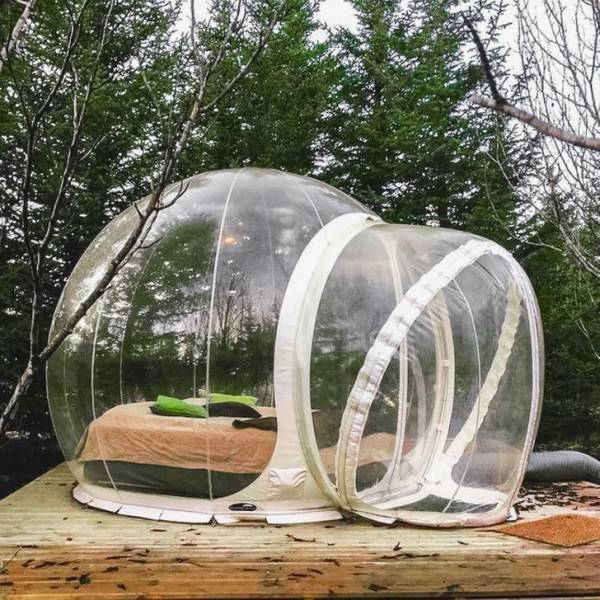 This can be one of the best ways to relish the natural beauty and enjoy the aurora borealis (northern lights) the whole night.

There are no mosquitoes. 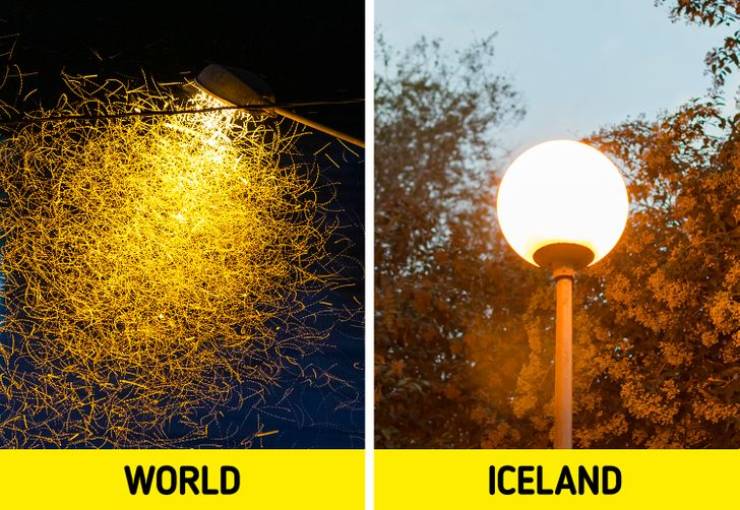 The temperature rises and falls very rapidly, and on a single winter day, people can experience 4 seasons. And even though there are over 1,300 types of insects here, the mosquitoes couldn’t survive the unexpected temperature changes.

Fermented shark is an Icelandic delicacy. 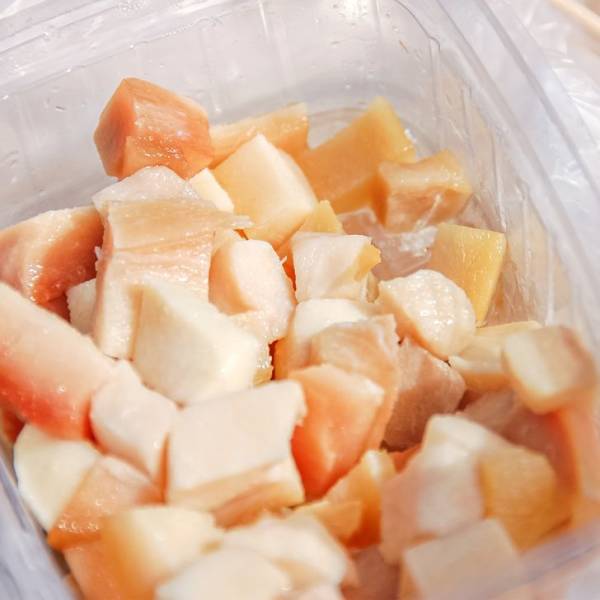 Hákarl (fermented shark) is a traditional dish that helps Icelanders stay in touch with their roots and ancestry. The Greendale shark that is used in this dish is poisonous if eaten fresh. So, in order to make it safe for eating, Icelanders cure the meat with a particular fermentation process and leave it to dry for 4 to 5 months. 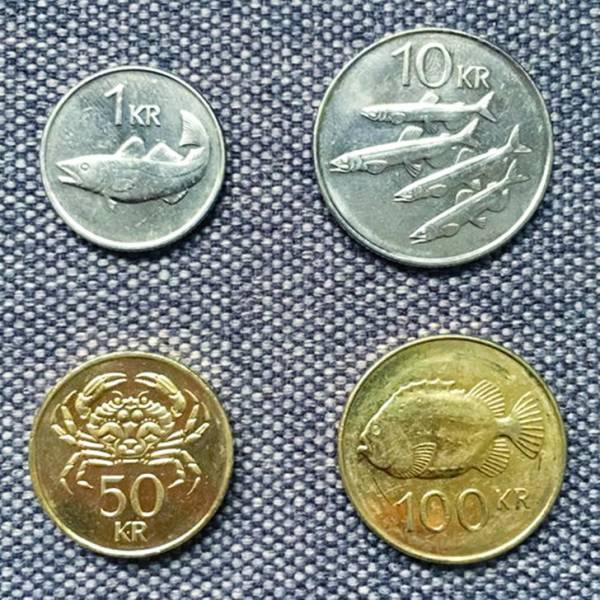 All Icelandic króna coins feature various aquatic animals, including dolphins, cod, and shore crabs on the reverse side.

They sell Icelandic air in a can at gift shops. 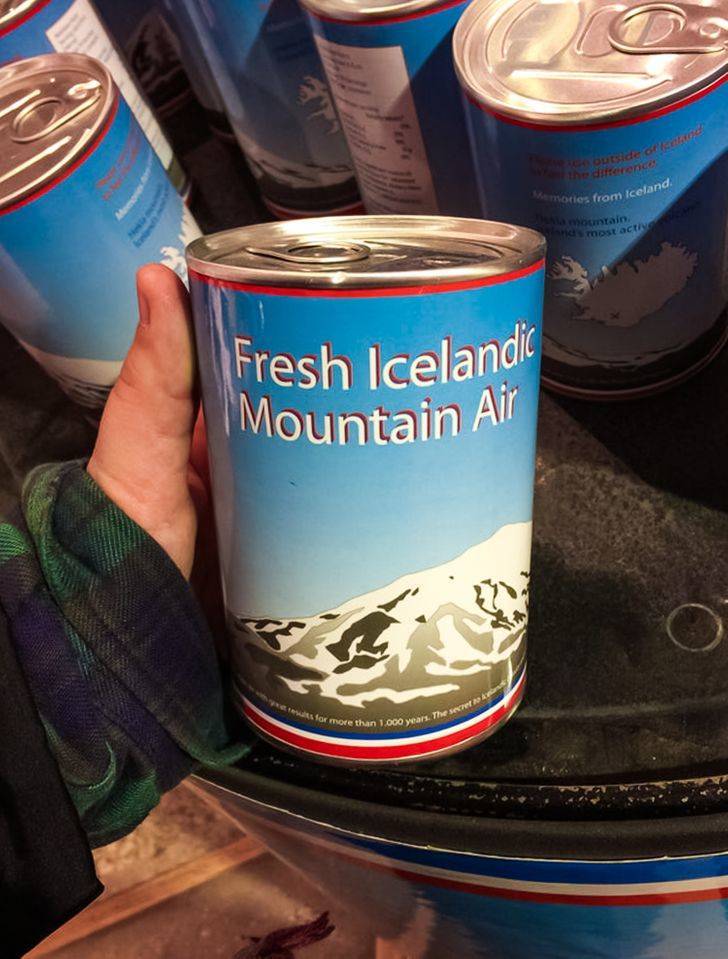 But if you want the full experience, you can also buy it in a pressurized canister with a special nozzle.

One of the main streets in Reykjavík is painted in the colors of the rainbow. 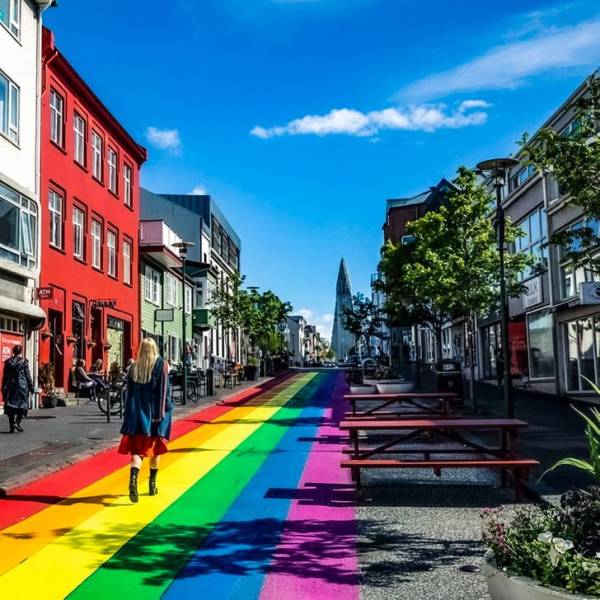 Since 1999, each year, Iceland holds Reykjavik Pride. For them, this street is a sign of joy and support for diversity.

Bonus: Iceland isn’t as cold as its reputation may suggest. 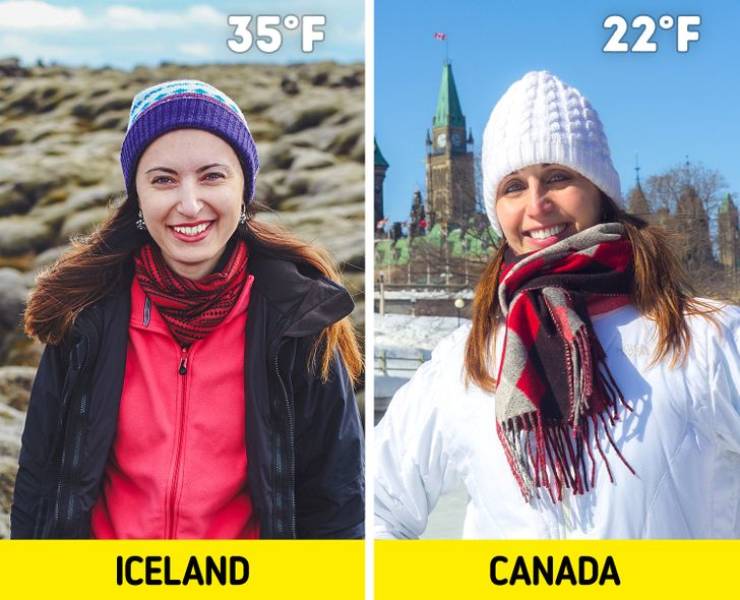