13 GIFs About Family Stories We Don’t Talk About

The time my mom was on Wheel of Fortune. It did not go well.

This was probably sometime in the 80’s or early 90’s. Basically, she knew every puzzle but would spin “one more time” and each time hit bankrupt or lose a turn. After the taping, Pat Sajak (another thing we don’t talk about in our family) said something to her along the lines of he’d “never seen anyone with such bad luck.” I think she got $100 and the board game. My brother and I tried to play it but she forbid it for many years

We don’t talk about the authentic shrunken heads my grandfather collected. They were buried with him.

The Thanksgiving meal prep where my mother got her hand stuck inside the frozen turkey for several hours. Bringing this one up gets you the laser beam eyes death glare.

My second cousin was always very introverted. Nobody ever really saw him and he never really met anyone beyond immediate family due to him just not being interested in knowing any of us. He left home and cut everyone off. Hell, I had no idea he existed.

Fast forward and my first cousin is excited to bring her husband to the family reunion. The two eloped, so we did not know who this mystery man was. She walks up and… there’s our second cousin with her. The older family members knew exactly who he was and, well… they were expecting and married, so we said f@#k it and just had the family reunion. We don’t mention the cousin thing because it’s been acknowledged and we all decided to move past it as to not make them feel weird.

I accidentally texted my family “I can’t decide if jacking off at my great grandma’s house is worth it or not” instead of a different group chat. It doesn’t get brought up but oh boy do I think about it a lot

Logistically, my sister’s first child cannot possibly have been her husband’s biological child, but he claimed the child as his own. (They eloped about 6 weeks before he was born. There is no way he wasn’t deployed when conception took place.)

She hasn’t ever said a single word about it, but everyone knows. We’re not sure if he’s actually that bad at math (he is pretty dumb), or if he didn’t care.

I caught my parents smoking weed once when I was young and one day after I got yelled at for something threatened that I knew a secret that could “tear this family apart”. I just finished taking DARE so I thought that was a big deal. My parents flipped out

My grandfather had a lover for years before him and my grandmother divorced. He started seeing her a few years before I was born. Right after the divorce was final, my grandma died from cancer and my grandpa married his old lover.

Which way does the ceiling fan turn?that one question, lead to a 3 HOUR argument between the aunts and uncles one Christmas. Absolutely stupid. If anyone mentions it now, looks of genuine anger appear, and you are silenced.

My grandfather’s second wife. She manipulated him to get most of his money, and when he died she managed to get his gravestone inscribed only with words saying he was a loving husband to her. She’s an a$$#ole too. Mentioning her just pisses my dad off and puts him in a bad mood. We call her LV, or Lady Voldemort

My cousin who is a principal, and was married with kids, had an affair with a teacher. She was also married. They both ended both of their marriages and got together.

The teacher was my math teacher at the time while this all happened. Now they’re married and I see them at family reunions. Extremely awkward for me.

My sister is really my half-sister, didn’t find out till I was like 35.

My parents were never actually married and played it off like they were for 20+ years. Oh and my dad cheated on my mom with a dude who dresses in drag for a living. 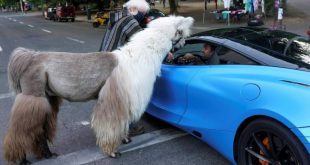 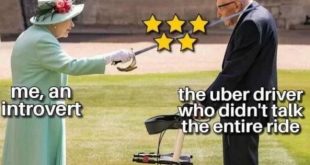 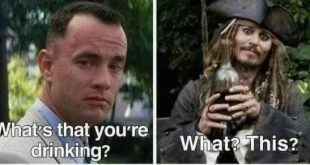