14 Movie Details That Were Very Easy To Overlook 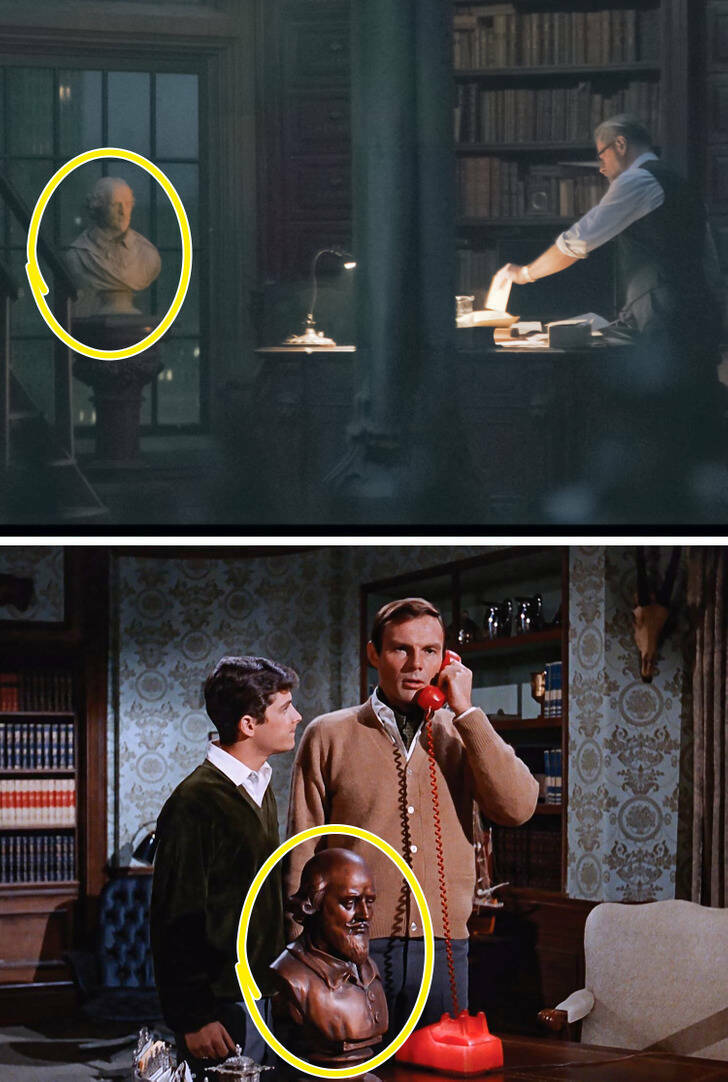 In The Batman (2022), a bust of William Shakespeare can be seen near Alfred at Wayne Manor. This was a sly reference to the 1966 Batman TV series where Shakespeare’s head contained a secret button when pushed, leading to the entrance of the Bat Cave.

The chant Bruno utters in Encanto is a popular Colombian saying. 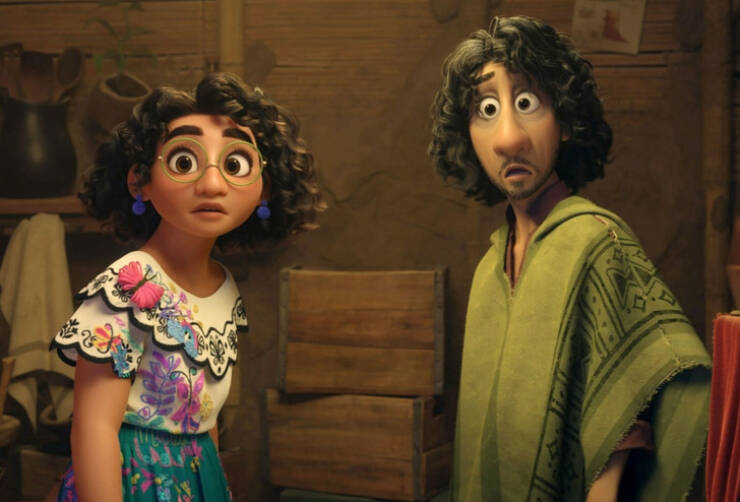 In Encanto, Bruno can be heard chanting “Sana sana, colita de rana” while patching the cracks on Casita. When they get hurt, this Colombian saying is typically said to children to comfort them.

The hidden Donald Duck in Luca 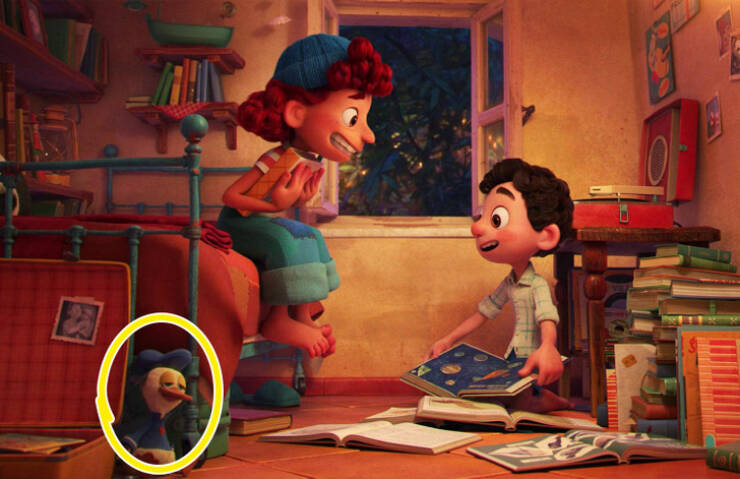 In Luca, a Donald Duck plush toy can be found under Guilia’s bed.

The perfect timing in Doc and Marty’s shot 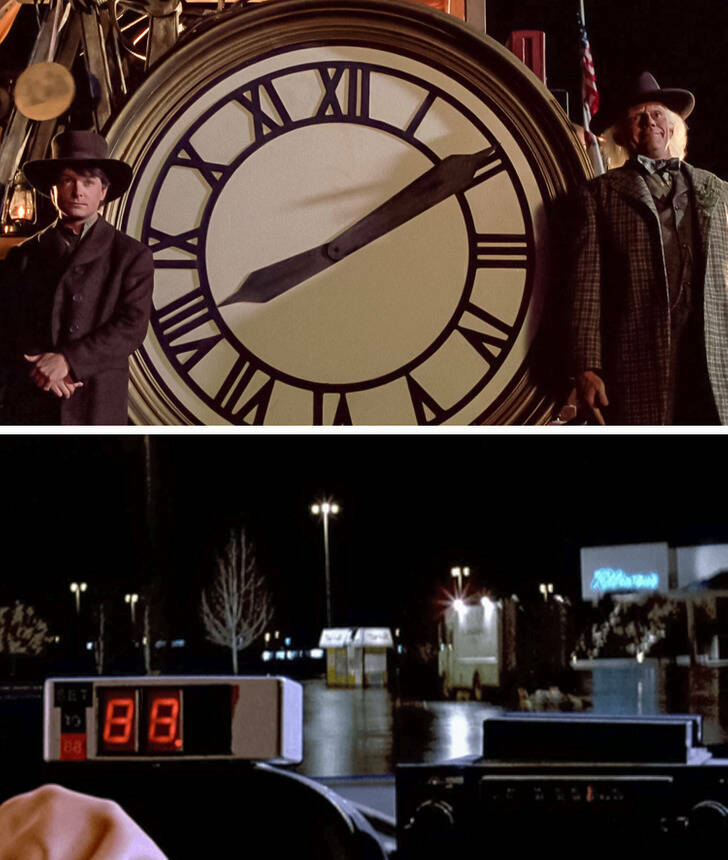 In Back to the Future Part III, when Doc and Marty were taking a picture with the new clock for the clock tower, the time was 08:08. This was a subtle nod to the 88 miles per hour the DeLorean needs to travel through time.

The sweet tribute to Stan Lee in Spider-man: No Way Home 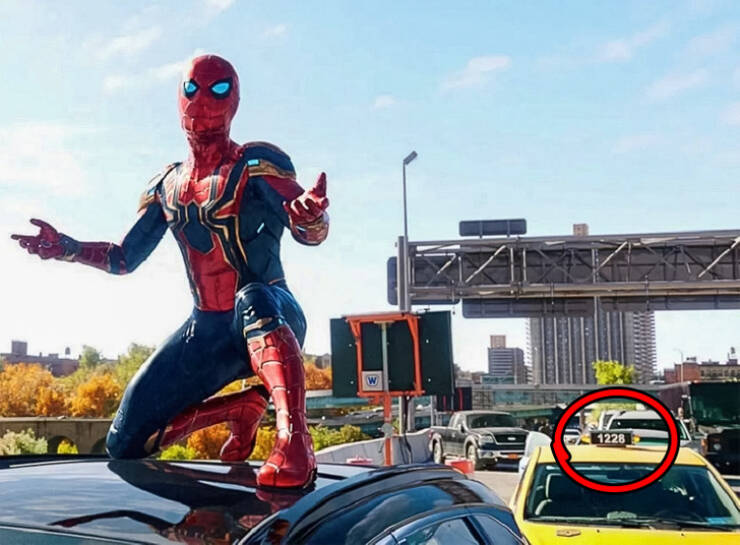 Stan Lee, one of the creators of the Spider-man comic book, was the subject of one Easter egg in Spider-man: No Way Home. In the scene where Spider-man was about to face Doc Ock, Stan Lee’s birthday, December 28 or 12-28, can be seen on top of the taxicab behind him.

Chef Skinner’s name has a scientific reason behind it. 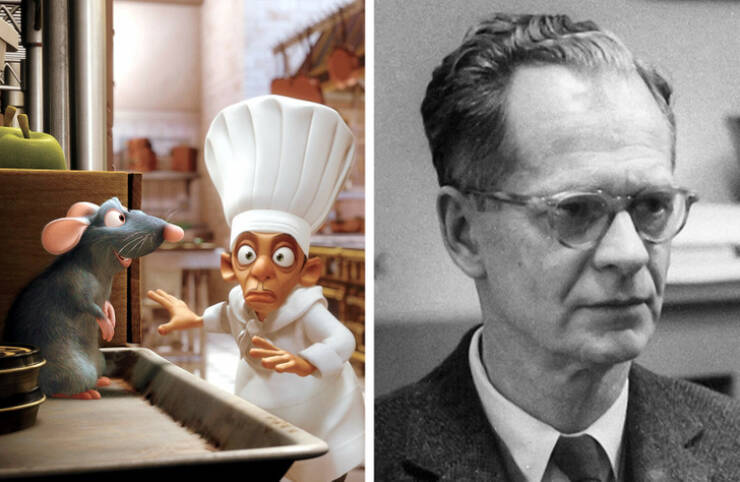 Chef Skinner from Ratatouille was cleverly named after behavioral psychologist B.F. Skinner, who is popular for his experiments with rats.

Flounder can be spotted while Maui sings in Moana. 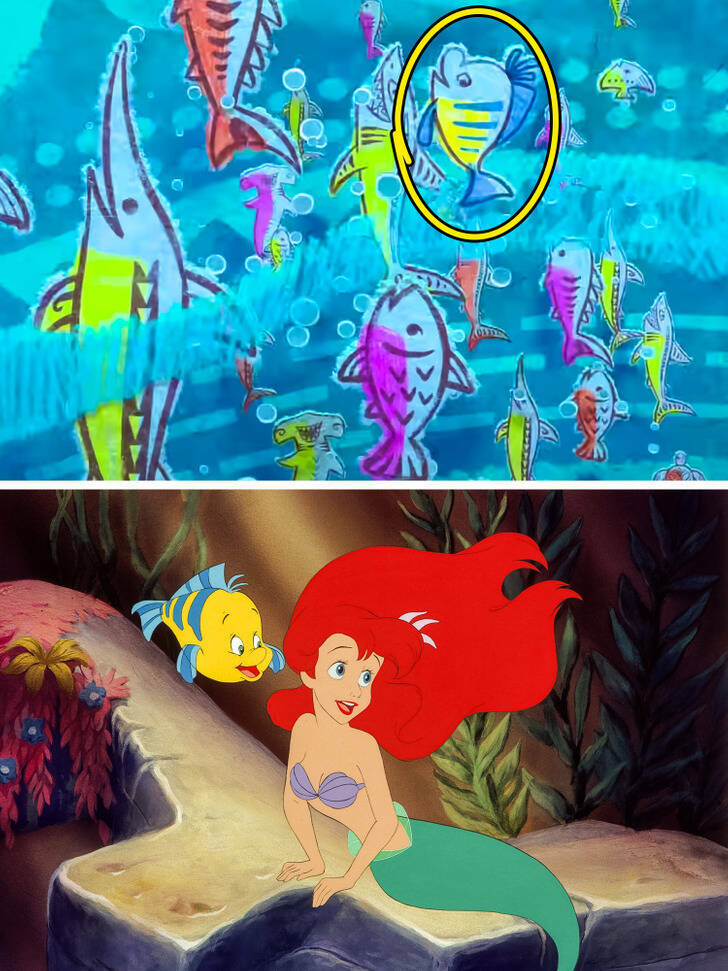 Ariel’s lovable fish friend, Flounder, in The Little Mermaid (1989) can be spotted in another ocean adventure movie. He can be seen swimming with a school of fish while Maui sings “You’re Welcome” in Moana. 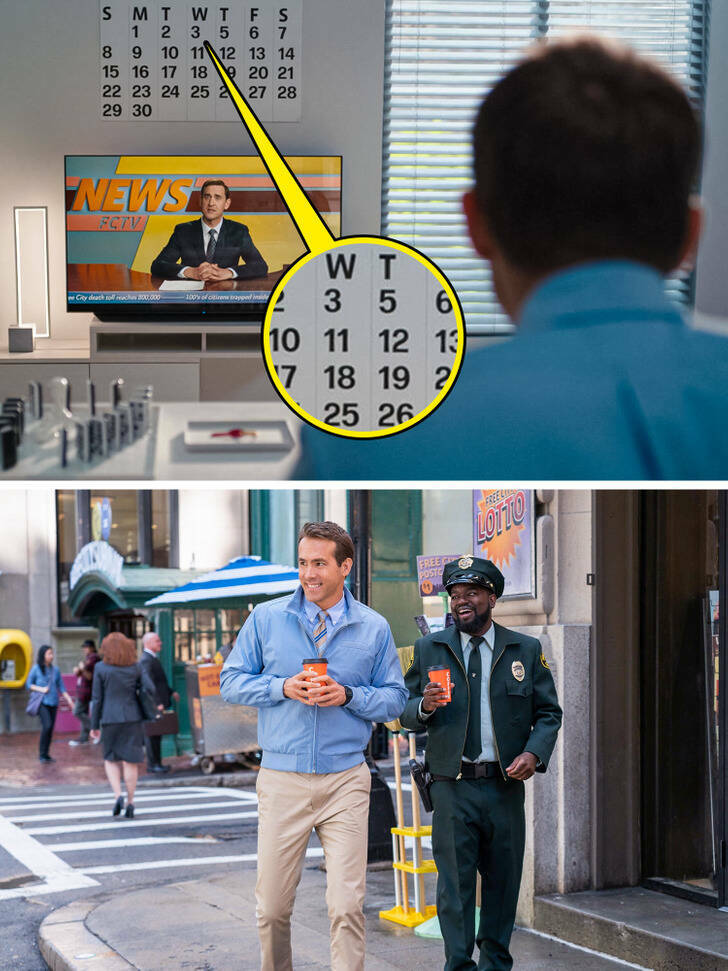 The prop designers for Free Guy hid a neat detail in his home. Guy’s calendar without the 4th day of the month can be seen when he watches television. This was a hint that Guy is still an underdeveloped character prone to glitches and errors. 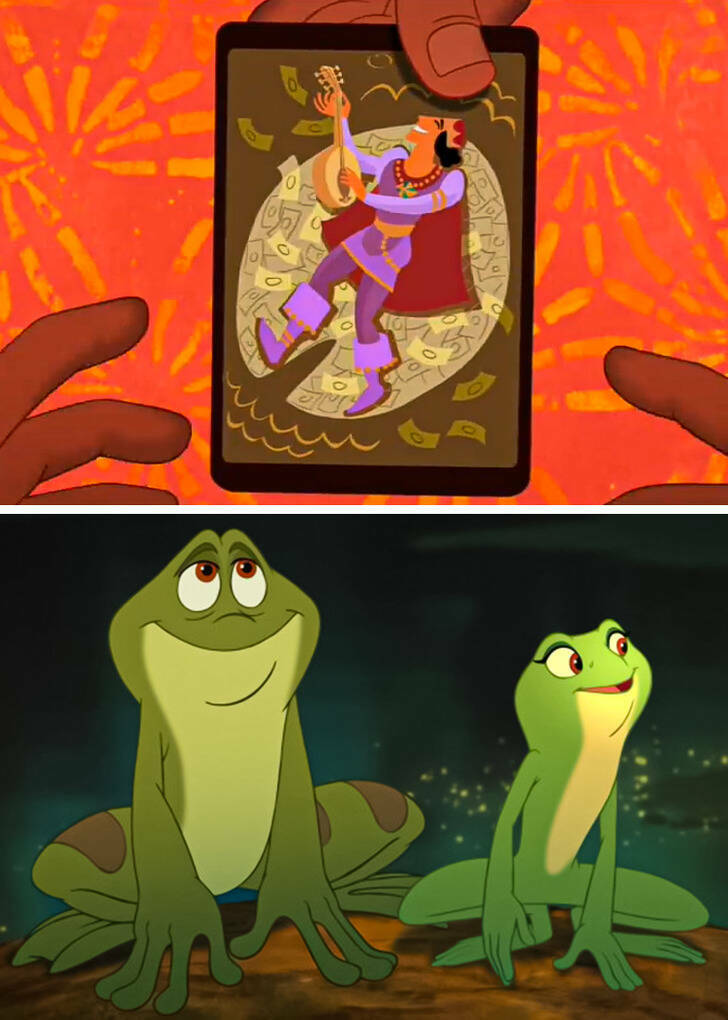 When Prince Naveen had his tarot cards read in The Princess and the Frog, a split-second scene was shown with him laying on a lily pad, foreshadowing his transformation. 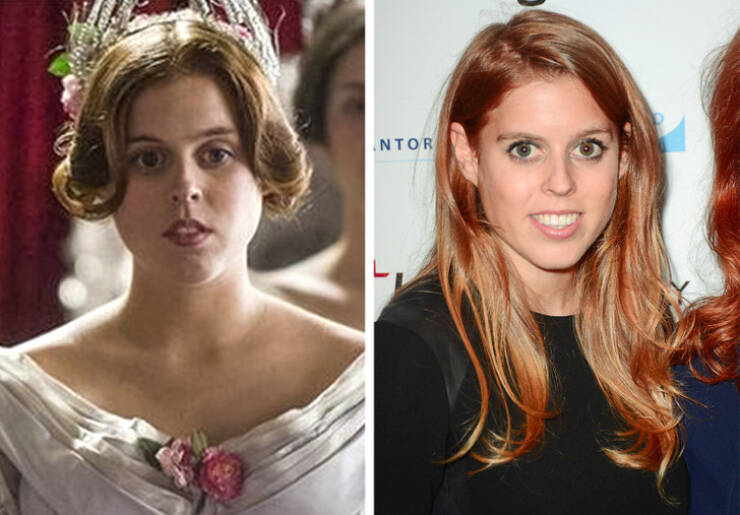 A true member of the British Royal Family once starred in a film about Queen Victoria! Princess Beatrice of York, a granddaughter of Queen Elizabeth, had a minor role as a lady-in-waiting in The Young Victoria. This was the first for a British royal to appear in a movie. 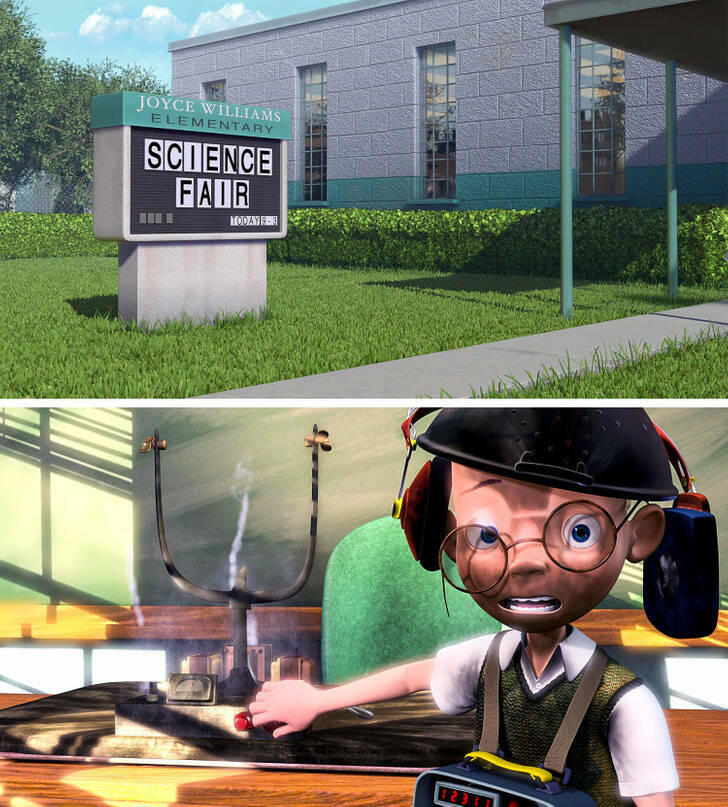 The name of the elementary school where Wilbur went to in Meet the Robinsons was actually a clever twist on the name of William Joyce, author of A Day with Wilbur Robinson, the book which the movie was adapted from.

The 3 heroes in Pirates of the Caribbean were named after birds. 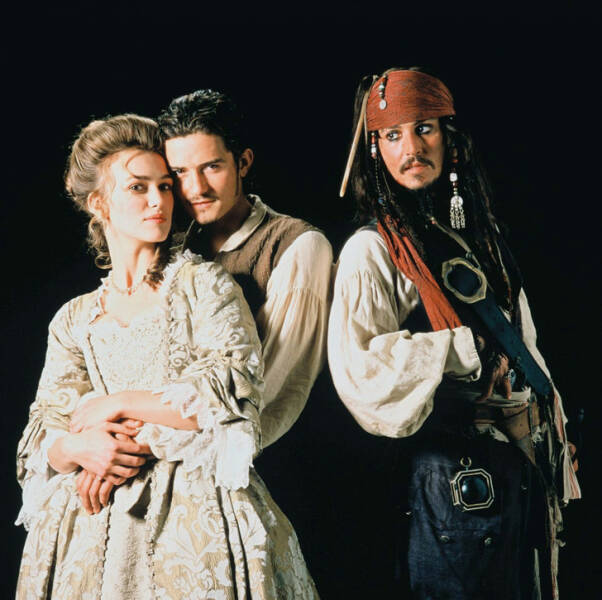 The last names of the three main characters in the Pirates of the Caribbean franchise were taken from the names of birds: (Jack) Sparrow, (Elizabeth) Swann, and (William) Tern (Turner).

The hidden Star Wars symbols in Raiders of the Lost Ark 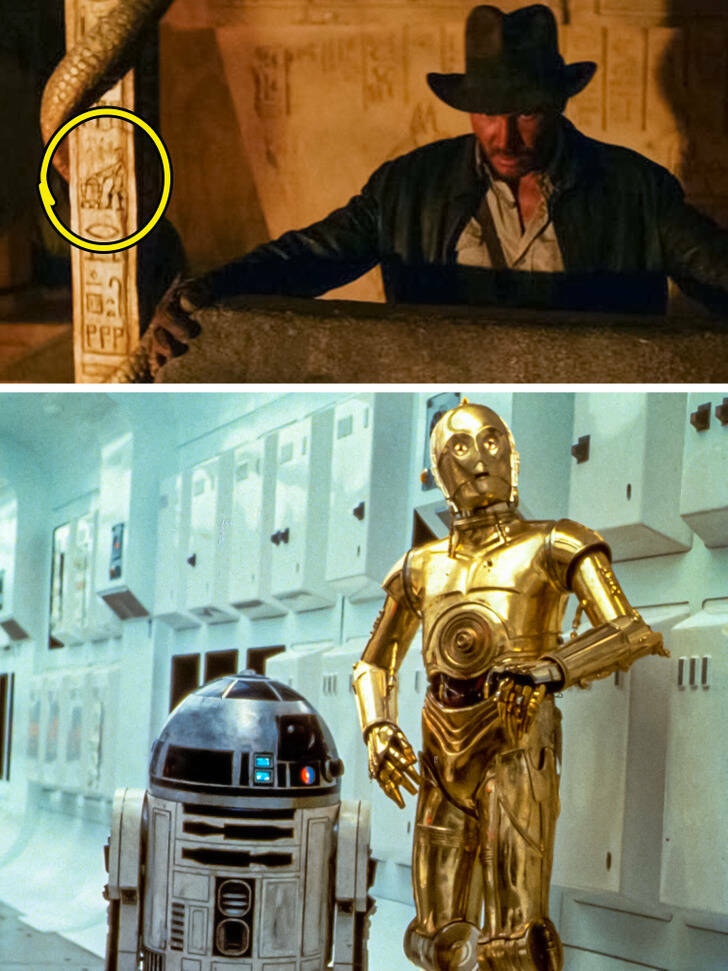 In the scene where Indiana Jones was lifting the ark in Raiders of the Lost Ark, a pillar with ancient symbols can be seen beside him. Eagle-eyed fans noticed that, if you look closely, a doodle of droids R2-D2 and C-3PO were inscribed. This was a nod to Harrison Ford’s character in the Star Wars movies, Han Solo.

Mei’s crush wears a shirt from a band in Coco. 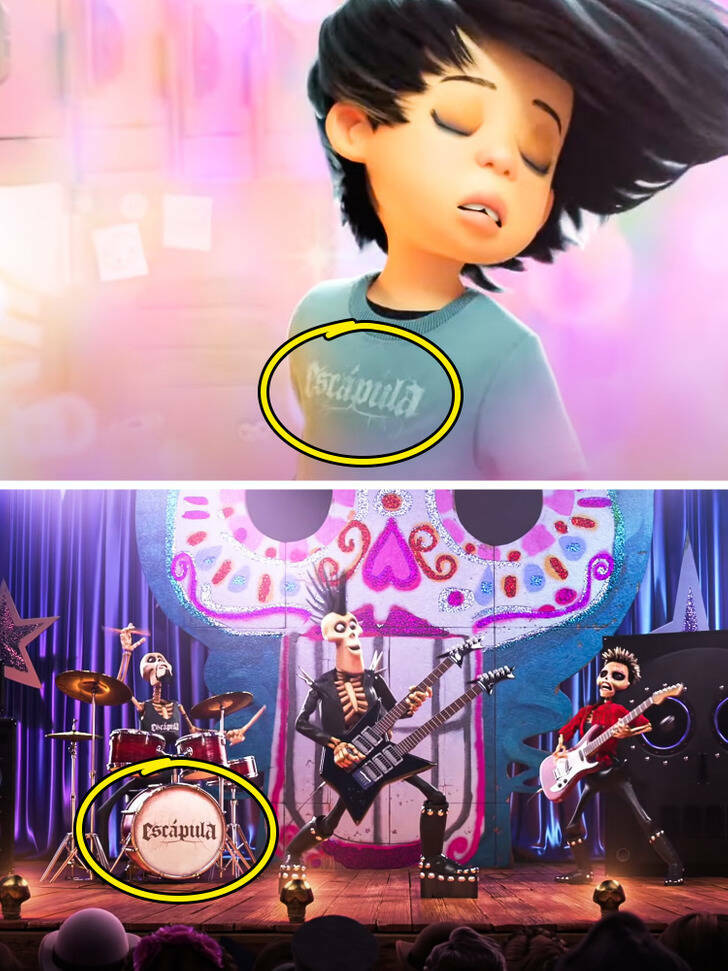 When Mei was gushing over her emo boy crush Carter Murphy-Mayhew in Turning Red, he was wearing an Escápula shirt. Escápula was the band that played onstage before Miguel and Hector in Coco.