14 Royals In Real Life VS. In Movies And TV Shows

Keira Knightley as Georgiana Cavendish, Duchess of Devonshire — The Duchess 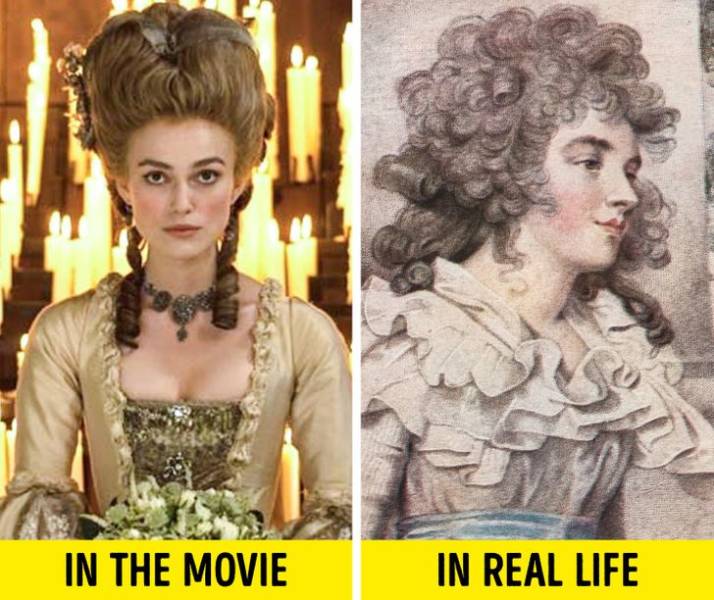 The Duchess is a film based on a biographical book by Amanda Foreman, about a young British aristocrat who was married to William Cavendish, Duke of Devonshire. Georgiana was recognized for her beauty and her taste in fashion. But she was more than just a pretty face. She was also interested in politics and had an excellent relationship with ministers and the Royal House in general.

In the film, Keira Knightley shows the life of this young woman in search of the love that is absent in her husband, and the controversies that this brought about in somewhat-conservative 18th century England. 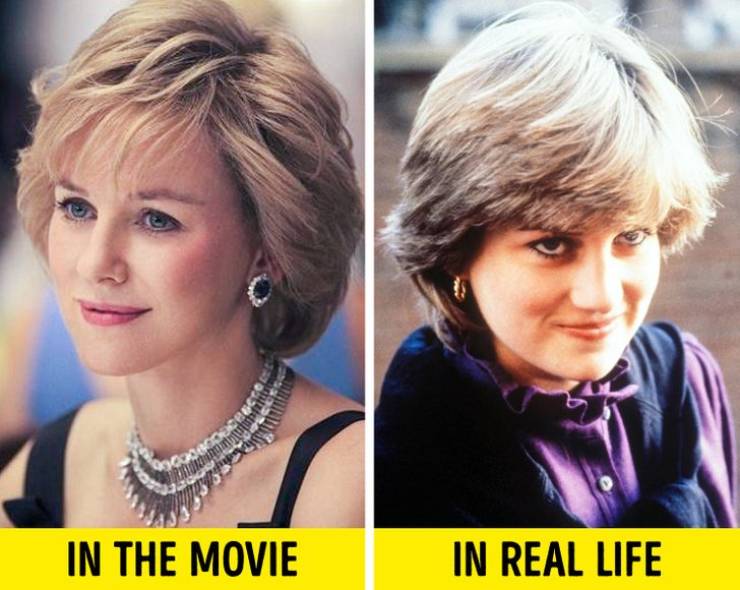 The biopic focuses on the last 2 years the Princess of Wales was alive. In the film you can learn about her philanthropic work to help the underprivileged and it also dives into her relationship with Dr. Hasnat Khan and millionaire Dodi Al-Fayed. That was, of course, until her tragic death on August 31, 1997 in Paris.

Naomi Watts was in charge of playing the “People’s Princess,” a woman who fought for her people, while seeking to find the love she knew she would never find in the English Royal House. 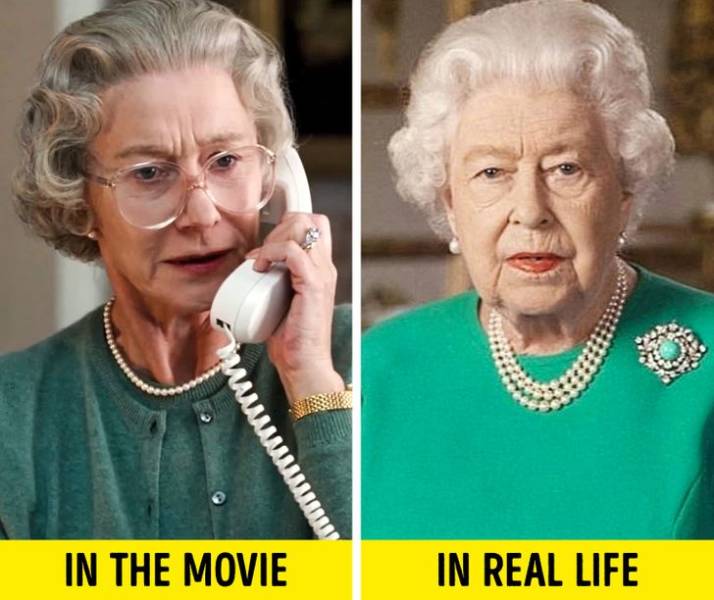 After the sudden death of Princess Diana of Wales, the public eye was focused in the British Royal House. People were shocked by the loss of their most beloved princess and they were wondering why the Queen hadn’t made a public appearance yet. The Queen retraces the events from Queen Elizabeth’s point of view after Lady Di’s accident in Paris. You can see and hear her conversations with Prime Minister Tony Blair, and their criteria to decide what kind of statement has to be made public to finally put an end to people’s concerns, not only about the accident, but also about her silence.

Actress Helen Mirren played Her Majesty Queen Elizabeth II and thanks to her excellent performance she won an Oscar for this role. 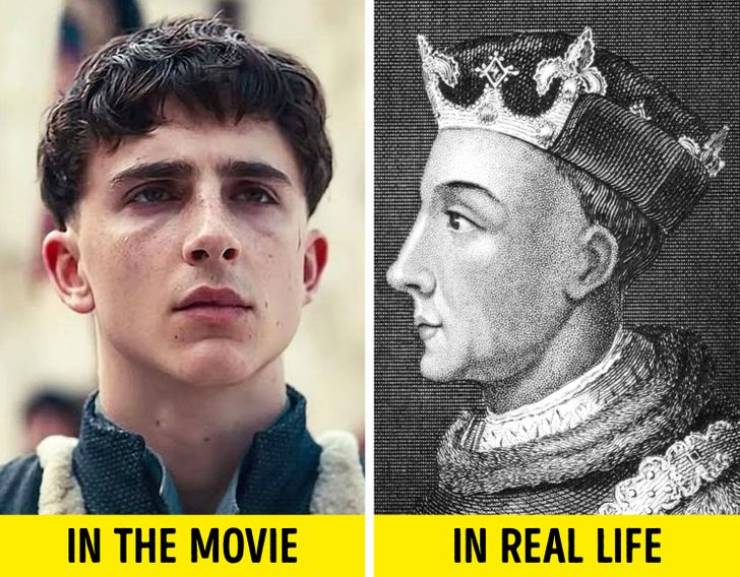 The King is a film inspired by the life of King Henry V of England. It tells the life story of a young boy who decided to leave his life in the palace behind and tried to lead an ordinary life in the England of the 1400s. But after his father’s death, duty calls and he is forced to take over his mandate. In the movie you see how he deals with the responsibilities of his new position.

The film stars French-American actor Timothée Chalamet and features among its cast well-known personalities like Robert Pattinson and Lily-Rose Depp. 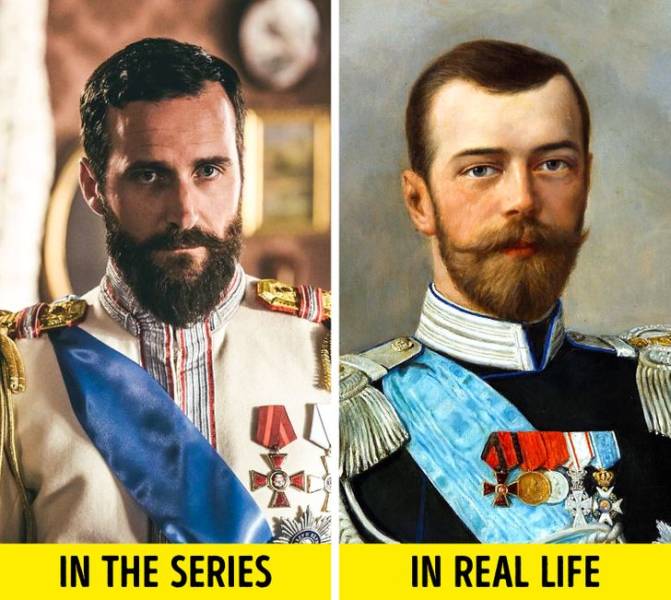 The Last Czars is a mini-series that tells the story of the mandate of the last Czar of Russia, Nicholas II. It was his authoritarian and cold style of ruling that led to the end of the Romanov dynasty. After the first phase of the Russian Revolution, he was forced to abdicate.

Actor Robert Jack plays this enigmatic leader who, driven by poor judgment, caused a violent and unstoppable awakening of a starving population that had nothing to lose and much to win. 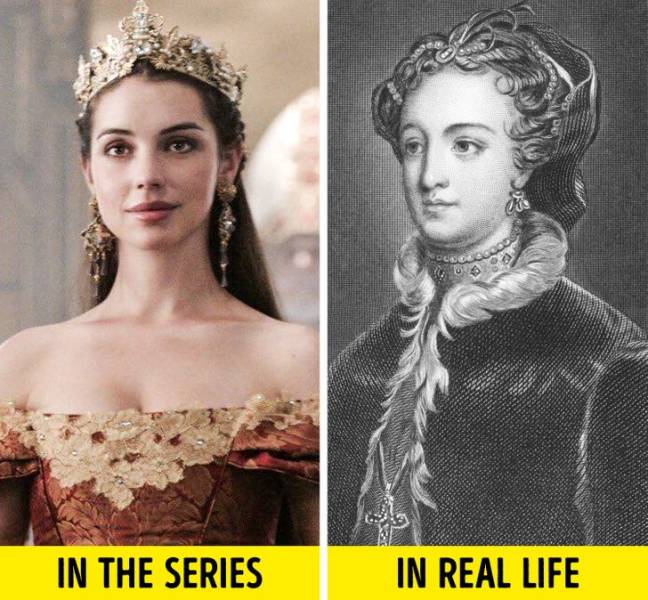 This American series portrays the early exploits of Queen Mary I, also known as Mary, Queen of Scots. There you can follow her attempts to establish an alliance with France by marrying Prince Francis II. They then have to deal with what seemed to be an unstoppable war that could easily spread to England, and even the rest of Europe.

Actress Adelaide Kane plays a shy queen who is raised to become a powerful monarch who will work to defend her land, despite the lack of interest from her fiancé. 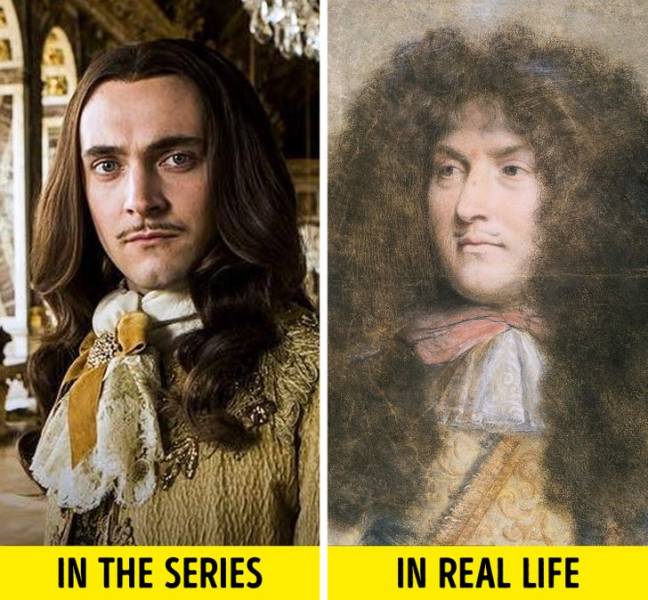 King Louis XIV of France was an authoritarian and ambitious monarch who redesigned the imposing palace of Versailles, his home and that of his large court. In the French-Canadian series, we can see the “Sun King” and his court living among the greatest luxuries, tragedies, romances, and stories of all time. The English actor George Blagden brought this unique character to life who was equally admired and feared by his supporters, but largely despised by most French people.

Natalie Portman as Anne Boleyn — The Other Boleyn Girl 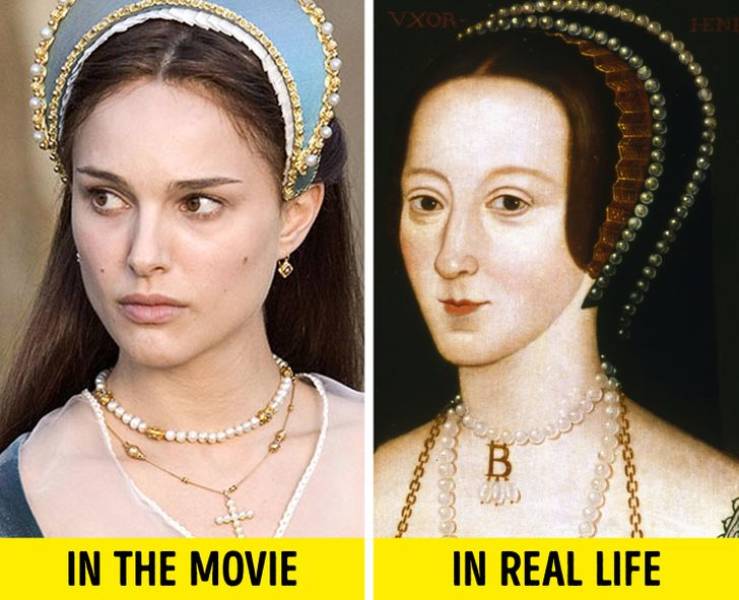 The Other Boleyn Girl tells the story of sisters Mary and Anne Boleyn, who moved to the court of King Henry VIII. Their goal was to make him fall in love and fulfill his long life dream of having a son. But that very same goal would lead to a rivalry between the 2 of them and, despite the fact that the King was first interested in Mary, he ended up marrying Anne. In the royal history, Anne Boleyn contributed to the break-up of the monarchy with the Catholic Church to switch to Anglicanism, and although she could not give a first-born son to Henry (for which she was sentenced to death), they had Elizabeth I, who would become one of the most important Queens in the history of British Royalty.

Natalie Portman played this woman who, despite having a tragic ending, was a transgressor in the British monarchy by supporting a religious expression that still endures in the modern world.

Cate Blanchett as Queen Elizabeth I — Elizabeth: The Golden Age 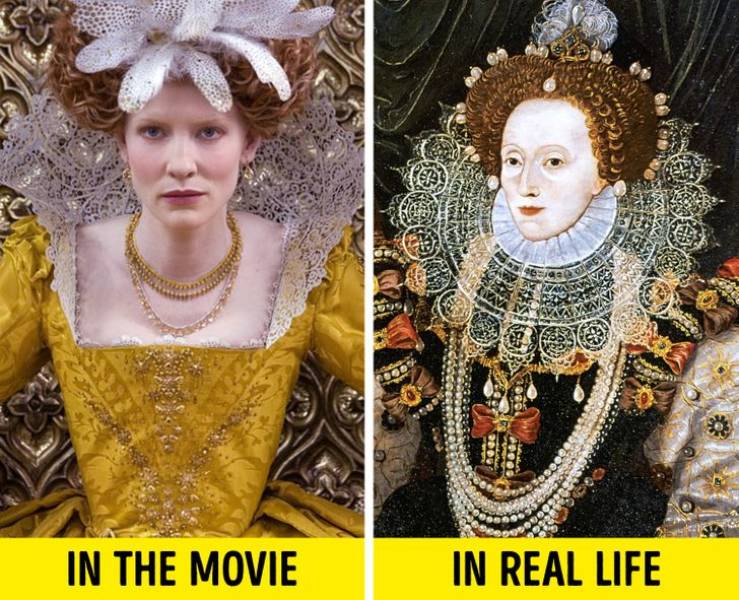 The film tells the story of Queen Elizabeth’s confrontation with the Spanish army, led by King Philip II, who tried to restore Catholicism in England. Having imposed Anglicanism to the English monarchy, Elizabeth I was threatened not only by the Spanish king, but also by a number of English nobles who wanted to go back to the previous religious regime. That meant, by the way, bringing back Mary Stuart of Scotland, and cousin of Elizabeth, as queen.

Actress Cate Blanchett brought this legendary Queen to life. Elizabeth I was willing to fight to defend her land and beliefs, even though luck seemed to not be on her side. 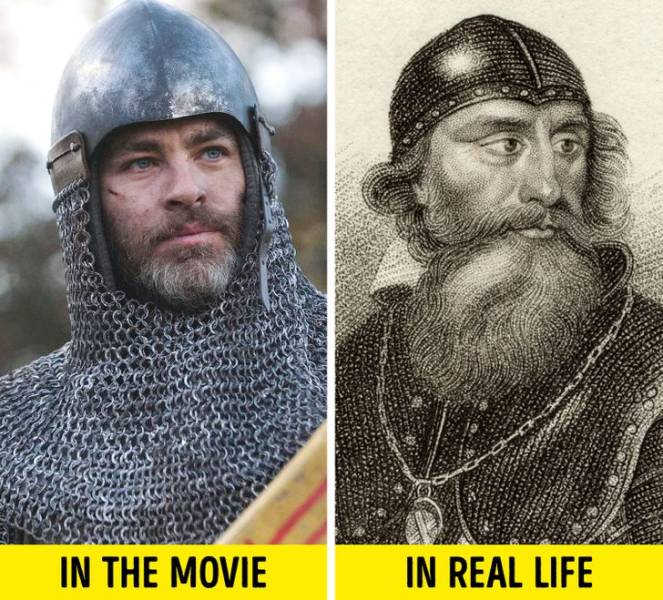 Outlaw King tells the story of Robert the Bruce who, in 1306, seized the Scottish crown and led an army against Edward I’s English invasion.

Actor Chris Pine plays this noble who, with strength and courage, plunged into battle to free his people and gain independence for Scotland. To this day, Robert the Bruce remains a symbol of Scotland’s love of freedom. 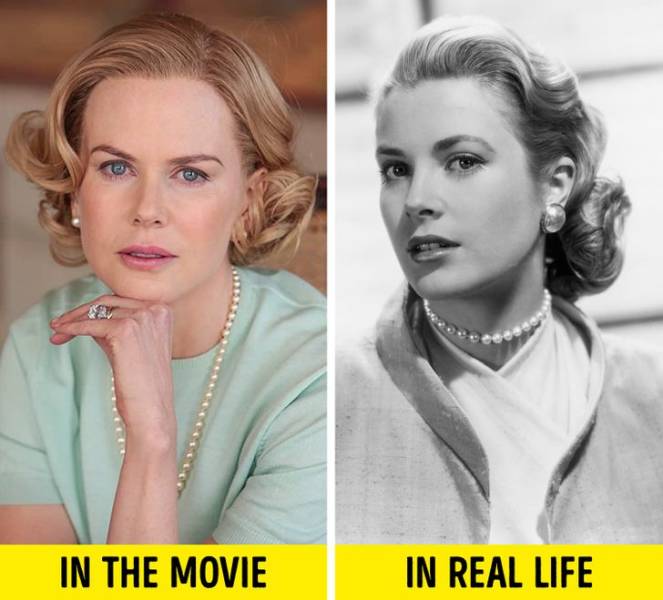 Grace Kelly was not only a Hollywood star and one of the most acclaimed actresses in movies, but she was also Her Serene Highness Princess Grace of Monaco. That is because she married Prince Rainier III of Monaco.

In Grace of Monaco, Nicole Kidman portrays this princess, who had to adapt to a new world full of protocols and traditions while being caught up in a crisis between France and her new country. 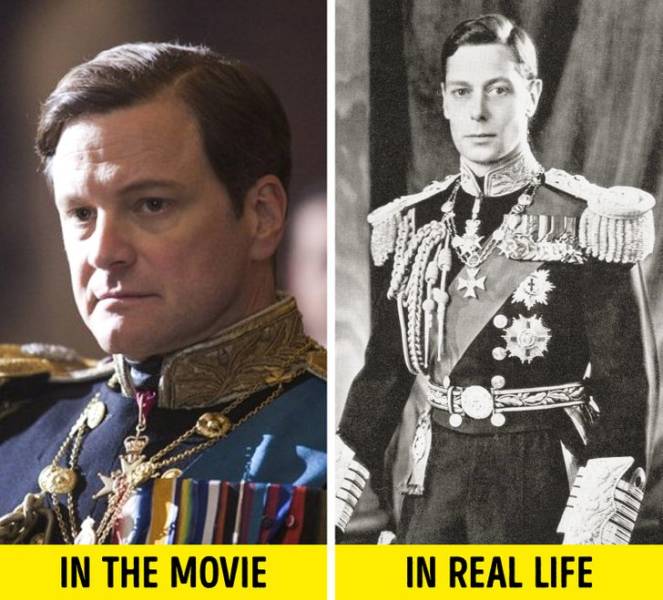 In 1936, the Duke of York became King George VI of the United Kingdom following the abdication of his brother, King Edward VIII. The responsibilities of his new position were not as traumatic for him as his stuttering. That is why, in The King’s Speech, we see Queen Elizabeth’s father asking for help from Lionel Logue, a speech therapist who helped him overcome his speech problem using highly unusual techniques.

Colin Firth was the actor chosen to bring the King to the screen. Thanks to his excellent performance, he won the Oscar for Best Actor in 2011. The film won in the categories of Best Film, Best Director, and Best Screenplay and also received a Golden Globe, a BAFTA, and other awards. 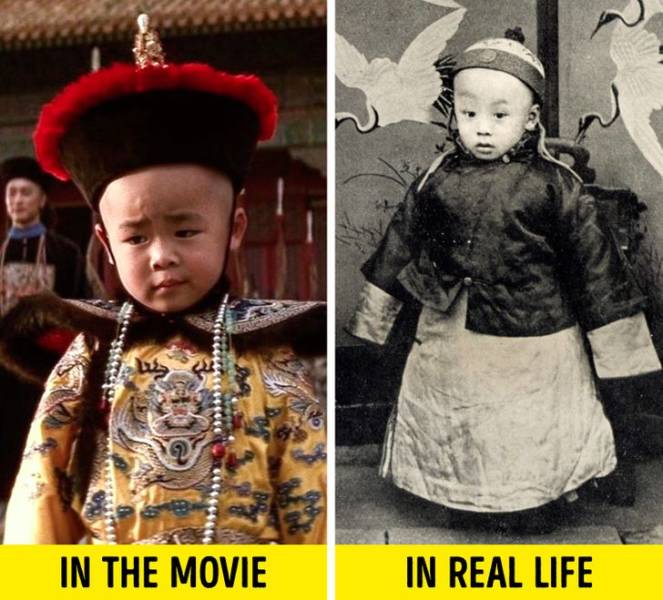 The Last Emperor is a film based on the autobiography of Puyi, the Xuantong Emperor of China. At the age of 2 years and 10 months, the young boy was crowned emperor of his nation, but when the revolution came, he abdicated and took refuge in Japan. The film shows the story of how a little boy was praised by thousands, but then had to escape in order to survive in a world he did not know.

Since the film covers a long period of time in Puyi’s life, several actors played the same role, including Richard Vuu as a child and John Lone as an adult. The film was acclaimed worldwide and won 9 Oscars, 4 Golden Globes, and 3 BAFTA awards. 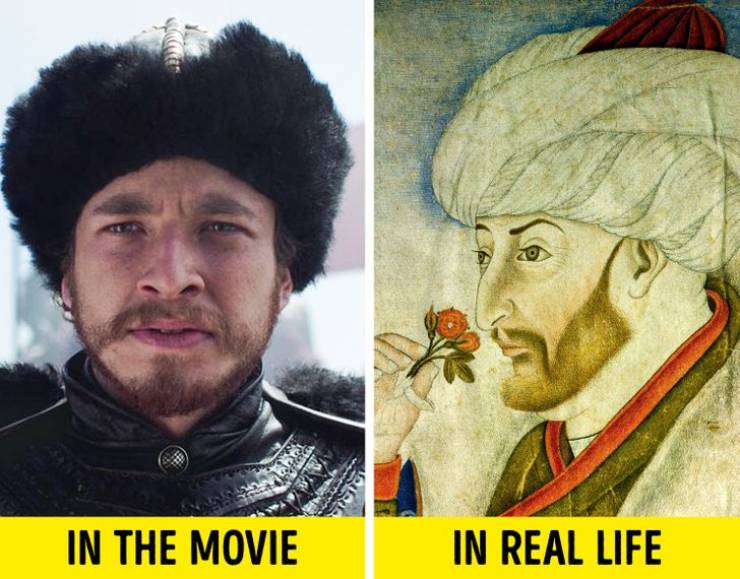 The Netflix mini-documentary series tells the story of how Turkish Sultan Mehmed II, nicknamed “The Conqueror,” unleashed a campaign to overthrow the Byzantine Empire of Constantinople and in doing so ushered in a Golden era for the Ottoman Empire.

Turkish actor Cem Yiğit Üzümoğlu, played the sultan who achieved one of the greatest exploits in the history of the Empire.