In Pirates of the Caribbean: The Curse of the Black Pearl, before Jack Sparrow says, “Bring me that horizon,” you can see a member of the crew chilling with a hat and some sunglasses on the left of the screen.

In Pee-Wee’s Big Adventure, Pee-Wee chains up his bike and you can clearly see the chain coming out of the bottom of the container that’s supposed to be holding it.

During the Battle of New York in The Avengers, if you look closely at the silver car in this scene, you can see the pull rope attached to it while it flips.

In Gladiator, a tank and some wiring are both visible on the chariot during the Battle of Carthage.

In Indiana Jones and the Last Crusade, when Indy and his father escape from Castle Brunwald, you can see an arm with a black shirt on reach out from under the green tarp to steer the rudder of the boat.

In Jumanji: Welcome to the Jungle, while they’re running from the bikers, there is a crew member wearing a black shirt hiding with some equipment in the bamboo.

In the bathroom scene of The Goonies, you can see the lift and seat that are helping to create the exploding effect.

In Titanic, when Jack and Rose are running from Cal, there is a camera and set light visible through the window on the left-hand side of the screen.

There is a big ol’ camera lens poking out through a sheet reflected in the door to the oracle’s house in The Matrix.

In Troy, there is rigging above the wall right after the soldiers leave the Trojan horse. I’ve lightened the shot so you can see it a little better. 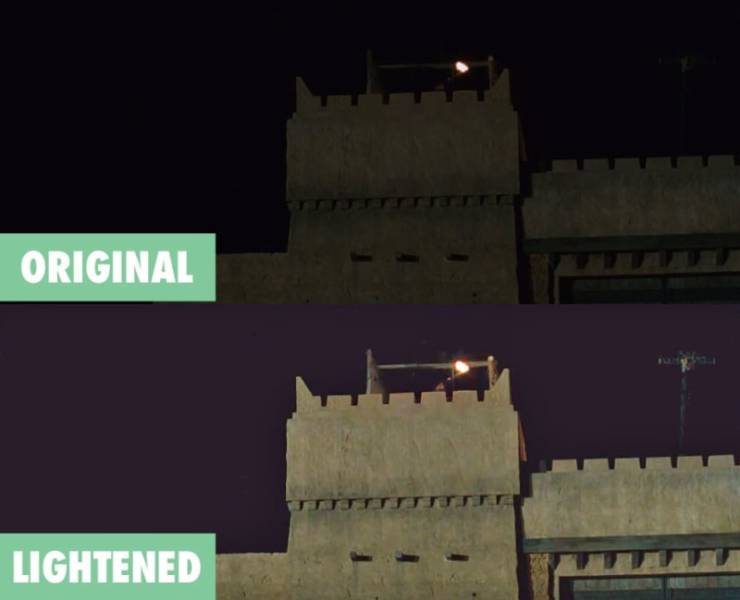 In Harry Potter and the Philosopher’s Stone, the seat cushion on Harry’s broom stick when Snape puts a spell on it is partly visible.

In Who Framed Roger Rabbit?, during the scene where the cops and the weasels collide in the alley, stunt mats are visible when the cops hit the ground. 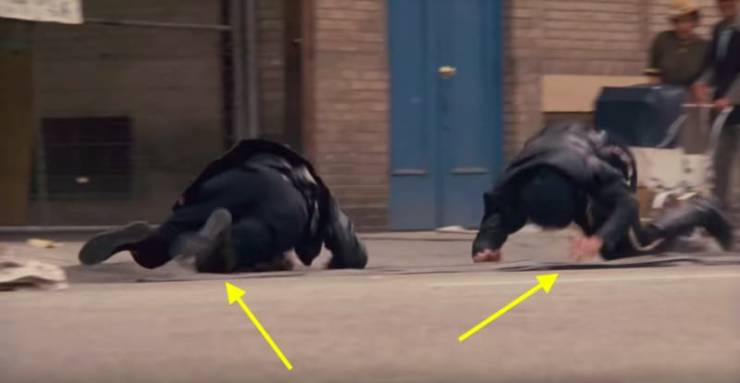 In Men in Black 3, you can see cameras, rigging, and especially electrical cords in the reflection of the door to Cosmic Lanes.

In Bruce Almighty, there is the hand of a crew member on the right-hand side of the picture giving the dog instructions. 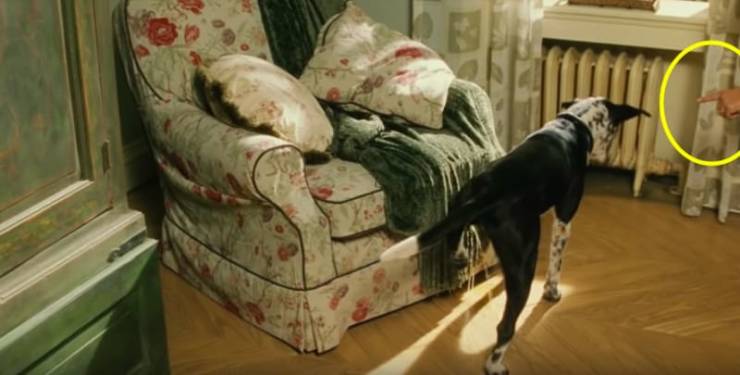 When Batman crashes through the roof of the museum to save Vicki from the Joker in Batman, the safety line he’s wearing is visible. 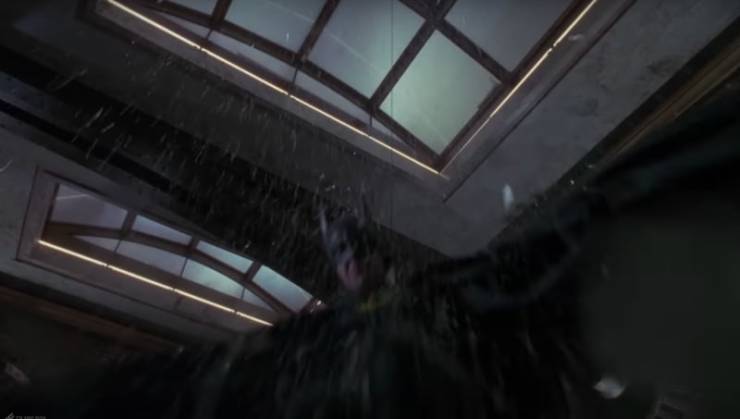 During the chase scene at the airport in Casino Royale, James Bond tries to follow a bad guy into a restricted area. You can see a member of the crew close the door shut so Bond can’t open it.

In Napoleon Dynamite, as soon as Napoleon throws an orange at Uncle Rico’s van, the reflection of the camera is shown in the van’s mirror.

In National Lampoon’s Christmas Vacation, during Clark’s rant, you can see someone accidentally gets in the way of the shot on the bottom left corner.

And in Gremlins, there’s a dude in a red shirt and glasses through the window who you can see pushes the Christmas tree onto Lynn. 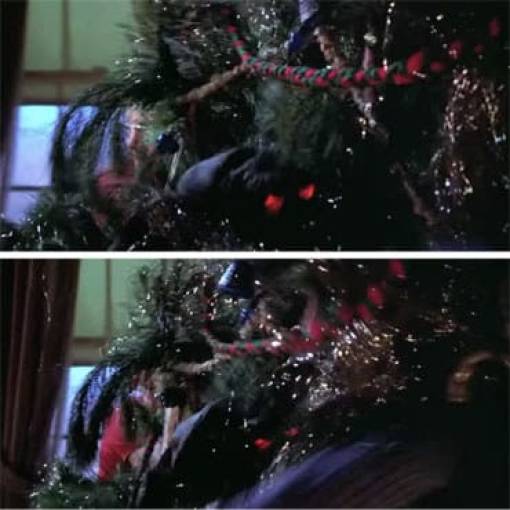