15 Historical Finds That Are A Literal Blast From The Past 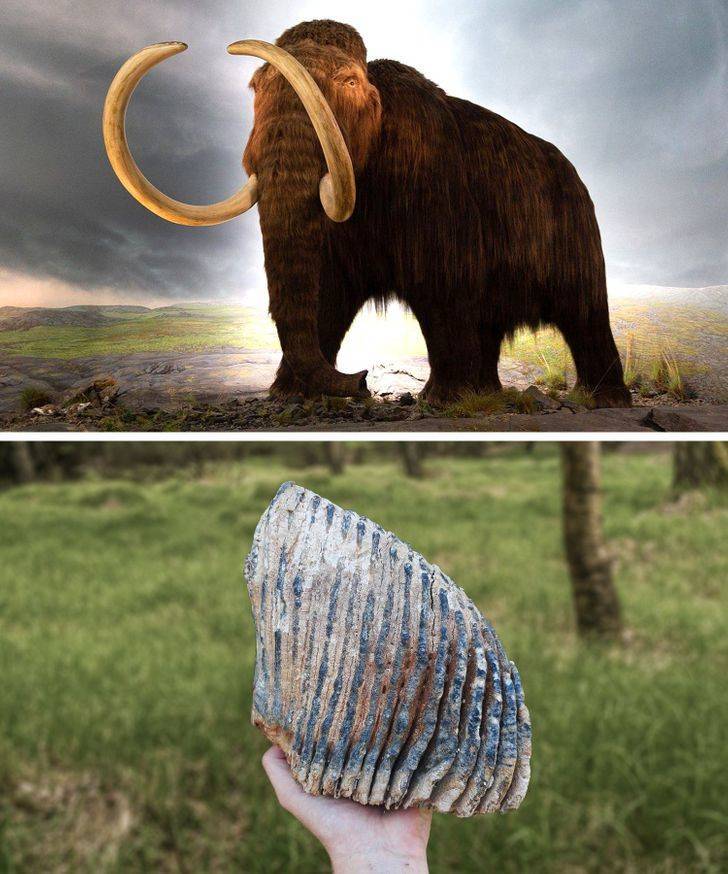 Mammoths reached up to 15 feet in height. Naturally, their teeth were also of considerable size. They were equipped with enamel plates that helped the animals chew rough plant food. 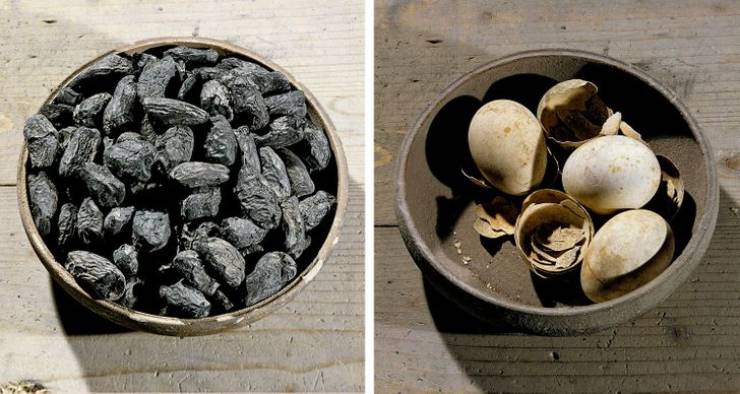 In 79 CE, the infamous eruption of Mount Vesuvius occurred, extinguishing the lives of more than 1,000 residents of the nearby city. Pompeii was covered with layers of ash and tephra that reached almost 20 feet in height and completely hid some buildings from view. The lack of air and moisture allowed buried objects (even foodstuff) to remain in almost perfect condition to this day. 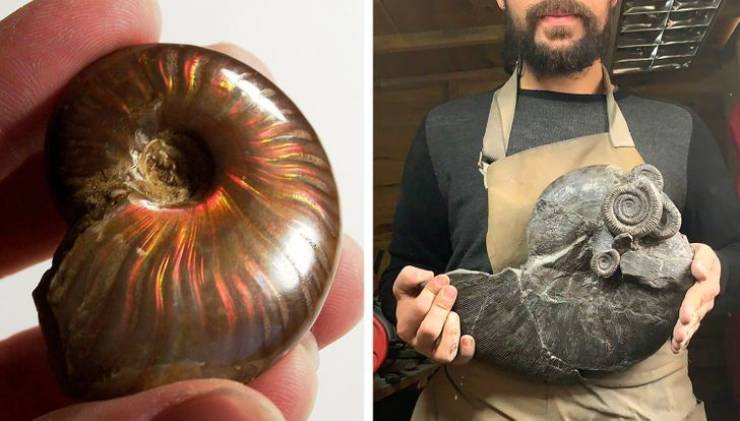 These marine mollusks appeared on Earth 419 million years ago and died out about 66 million years ago together with the dinosaurs. The ammonites were of different sizes. As a rule, the earlier species were quite small while the later ones reached 5.9 feet in diameter. 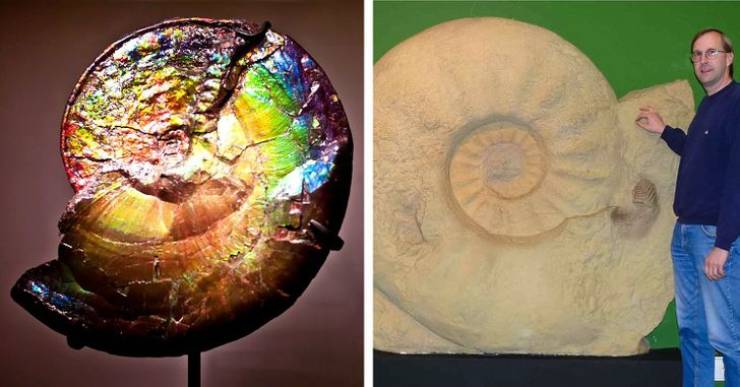 In the Scottish city of Camelon, archaeologists discovered 60 pairs of sandals from the times of the Roman Empire. The 2,000-year-old shoes are in excellent condition, but it is believed that the ancient Romans threw them away for being too “worn out!” 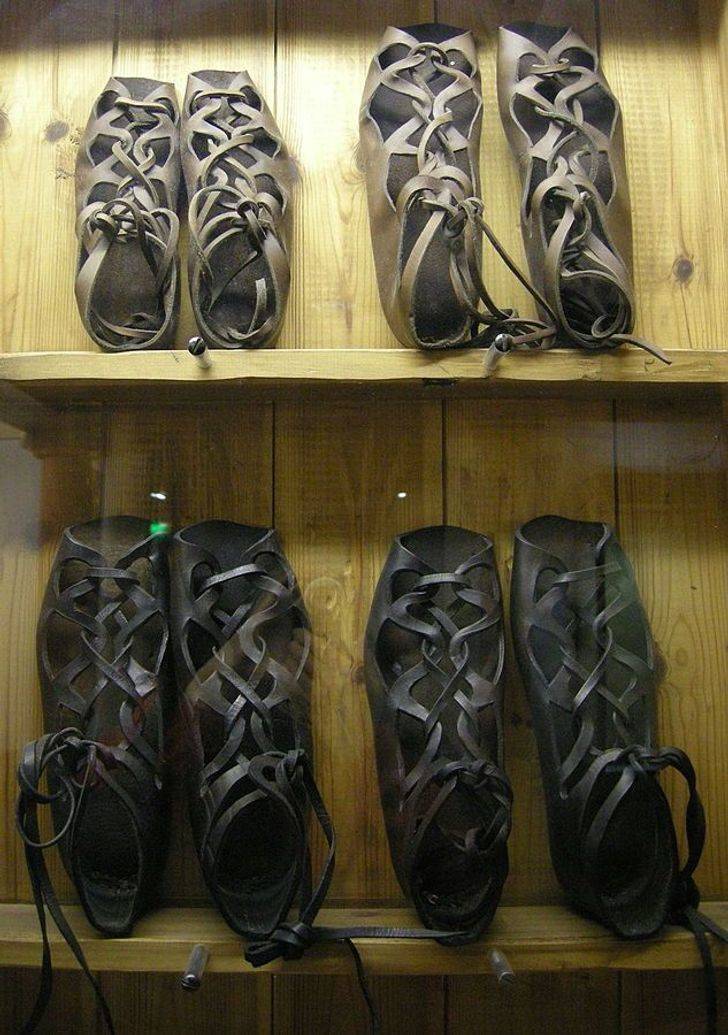 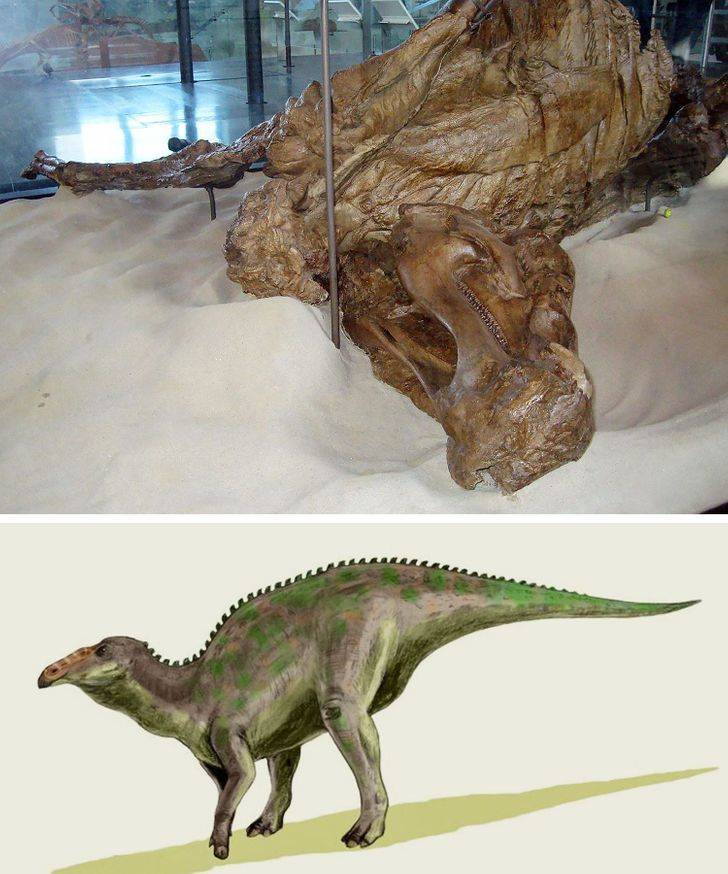 The “mummy” of Edmontosaurus was unearthed in 1908 and is known as the first discovered remains of a dinosaur with well-preserved skin. The find helped researchers to reconstruct the animal’s appearance and find out that it reached 39 feet in length and weighed about 4.4 tons. 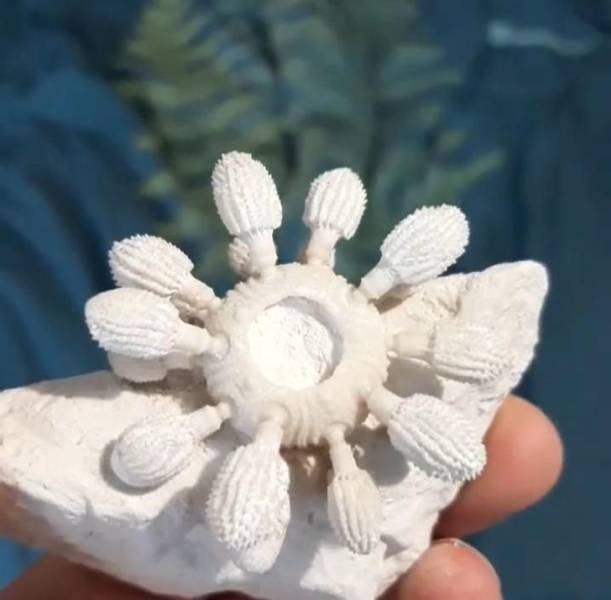 The earliest fossils of sea urchins are about 450 million years old. The creatures had thick spines that they used for moving across the seafloor. In the period between 66 to 1.8 million years ago, the appearance of sea urchins began to change — their spines became smaller and their shells turned flat, allowing them to live in shallow waters.

Borealopelta: about 110 to 112 million years old 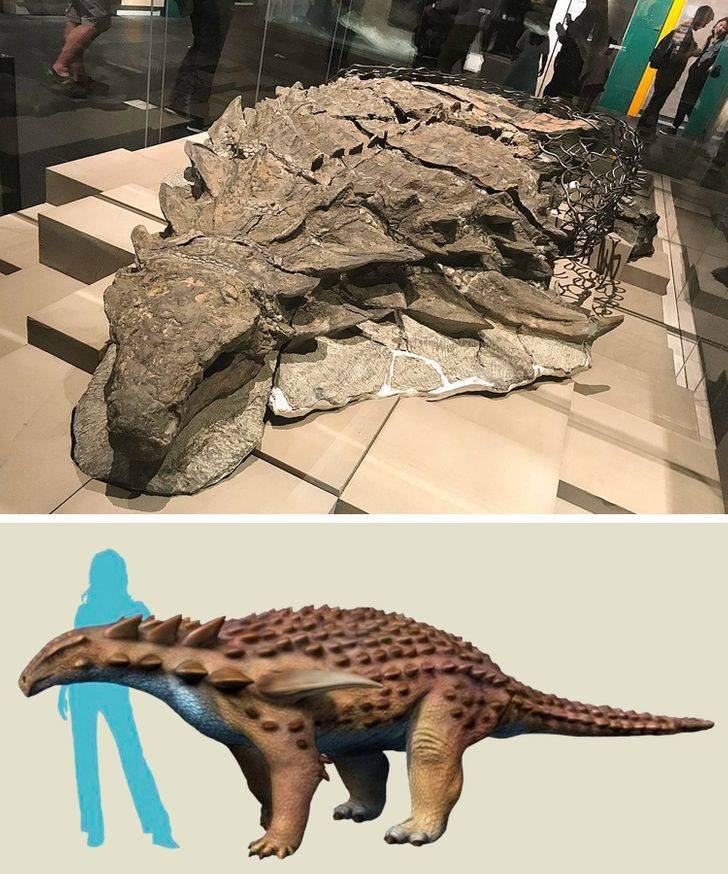 This specimen is one of the best-preserved dinosaur fossils of its size. The find included parts of the armor, skin, and even stomach contents from the animal’s last meal. As a result, scientists were able to surmise that the dinosaur could reach 18 feet in length, had a reddish skin tone, and ate mainly ferns. 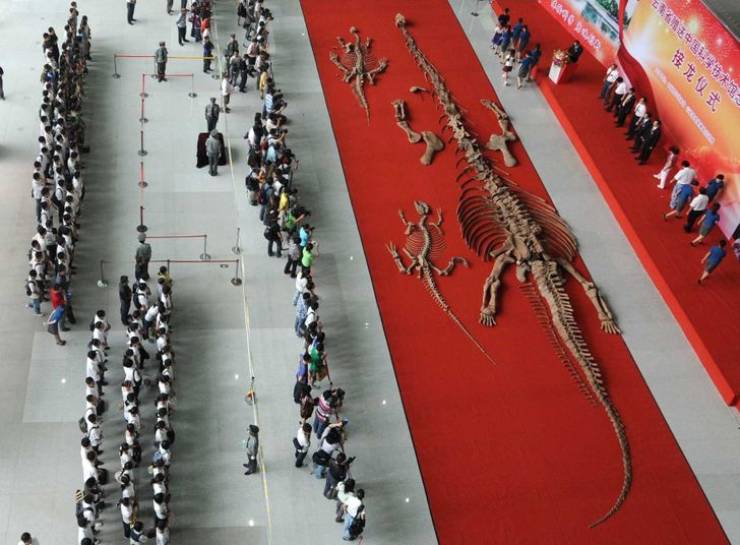 In 2009, the China Science and Technology Museum presented fossils of 3 dinosaurs. The largest of these belonged to the Sauropod group, which is truly amazing. In life, the long-necked herbivorous giant must have reached a height of 82 feet! 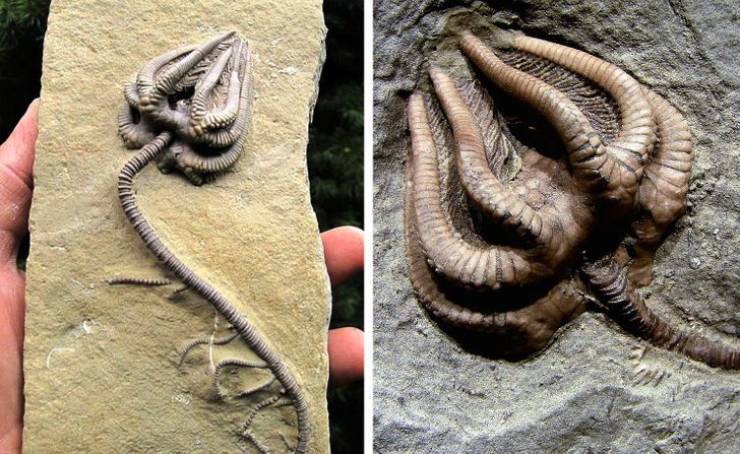 Despite having such a long history, modern sea lilies have retained the appearance of their prehistoric ancestors. Both ancient and modern specimens have a stem that attaches to hard surfaces, a cup-shaped body with a mouth in the middle, and branch-like “arms.” 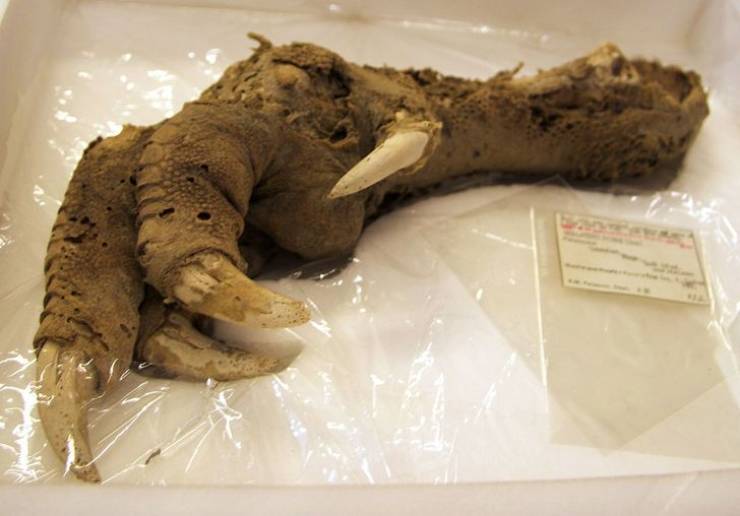 Also called “moa” in the Maori language, this species of large flightless birds first appeared in the times of dinosaurs and became extinct as late as the sixteenth century. Megalapteryx varieties ranged from 3.3 feet to 12 feet in height and weighed anywhere from 37 lb to 75 lb. The birds had a docile nature, which made them easy prey for the Maori tribe. As a result, the species disappeared completely around 1500 CE. Scientists were able to find several moa remains with preserved muscles, feathers, and skin. 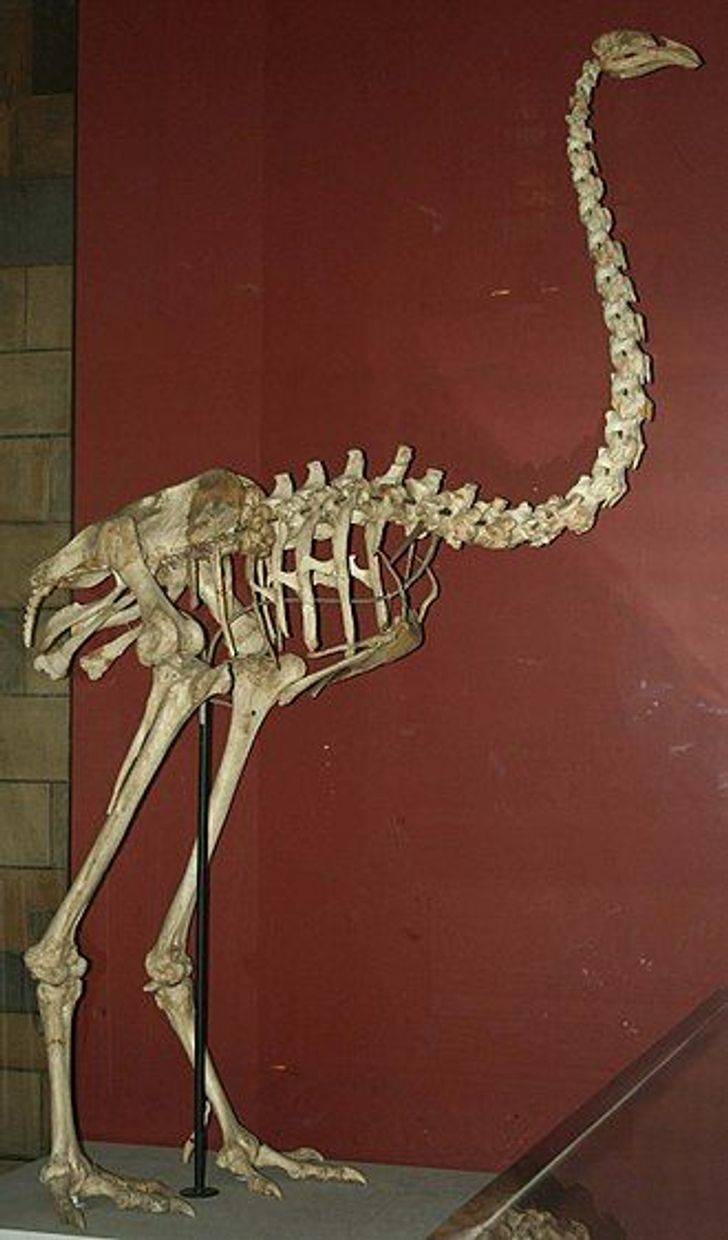 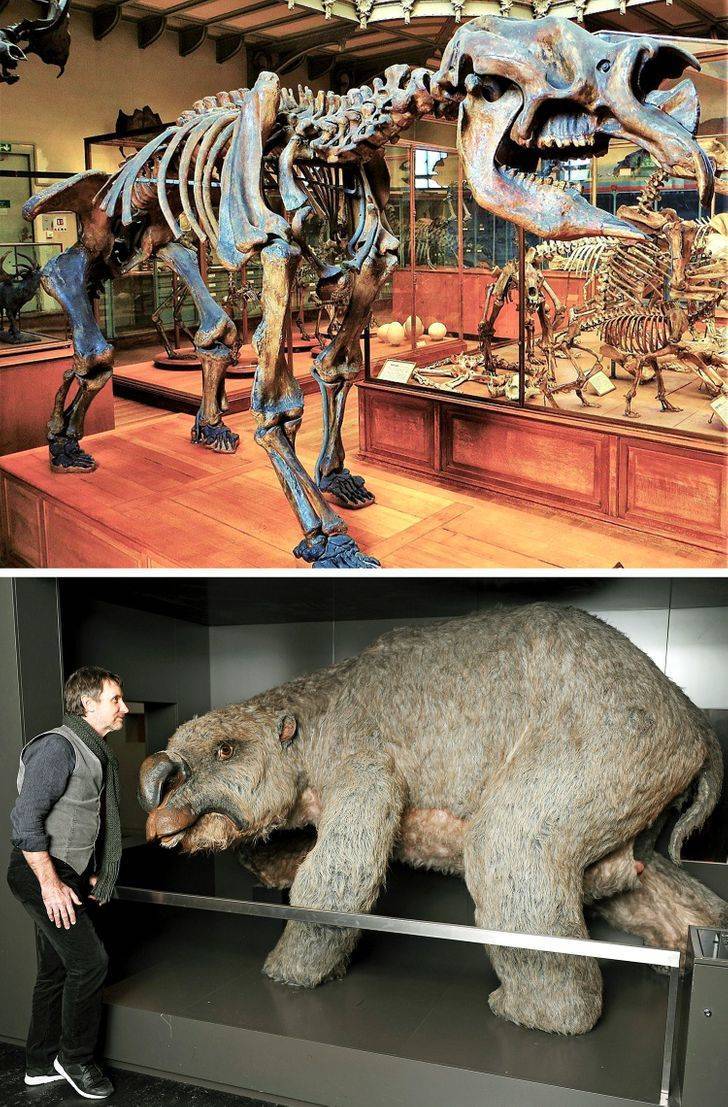 The largest marsupials in the history of our planet could reach up to 10 feet in length and 6 feet in height. The diprotodon’s closest living relatives are modern wombats and koalas. Archaeologists have discovered many fossils that helped to recreate the animal’s appearance. For example, there’s a highly realistic reconstruction of a diprotodon at the Australian Museum in Sydney. 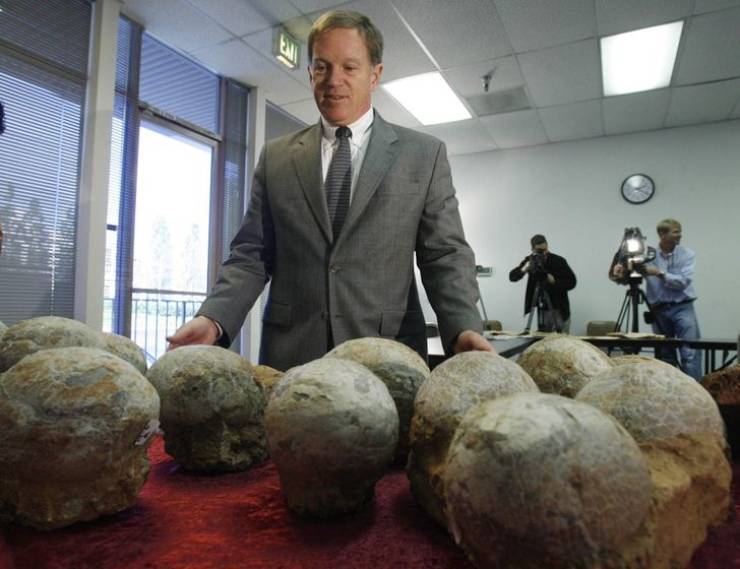 The first scientifically documented dinosaur egg finds occurred in 1923. Since then, researchers have made numerous discoveries of this kind all around the world. The oldest eggs date back about 190 million years. The specimens in the photo were identified as belonging to velociraptors, tyrannosaurs, and several other species. 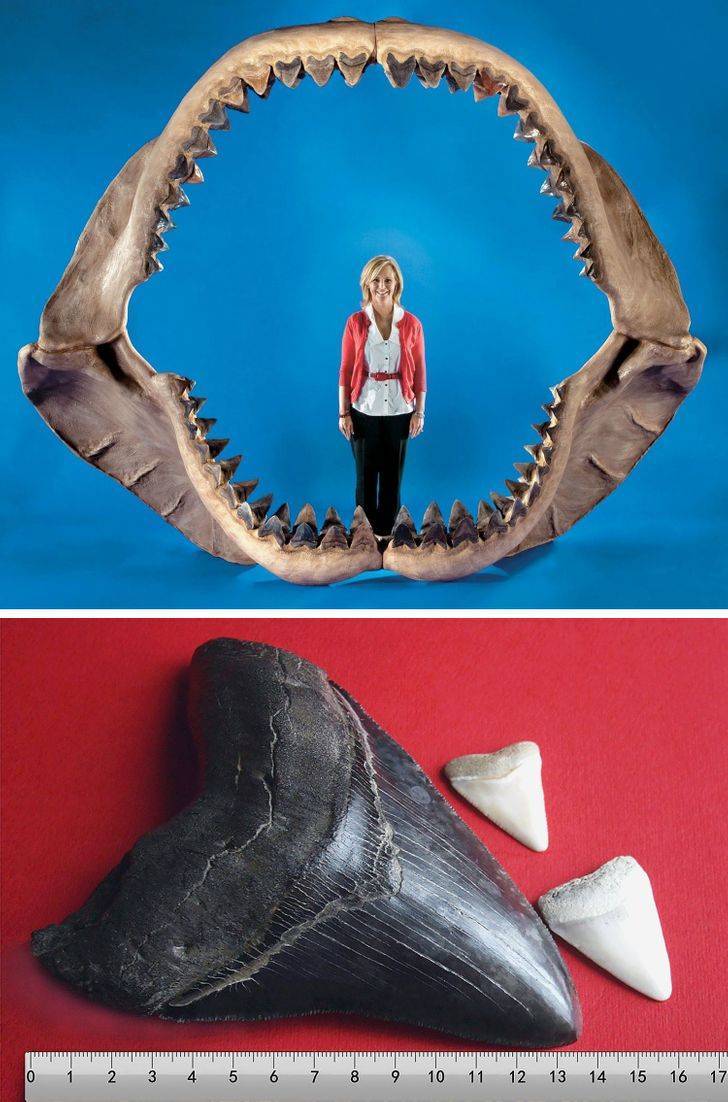 Only fragmentary remains of this giant shark have been found, so its appearance and size are not known for certain. Scientists suggest that the maximum length of the megalodon ranged from 47 to 52 feet (the modern great white sharks grow to be 11 feet to 16 feet). In the second photo, a megalodon tooth is lying next to the teeth of a great white shark.