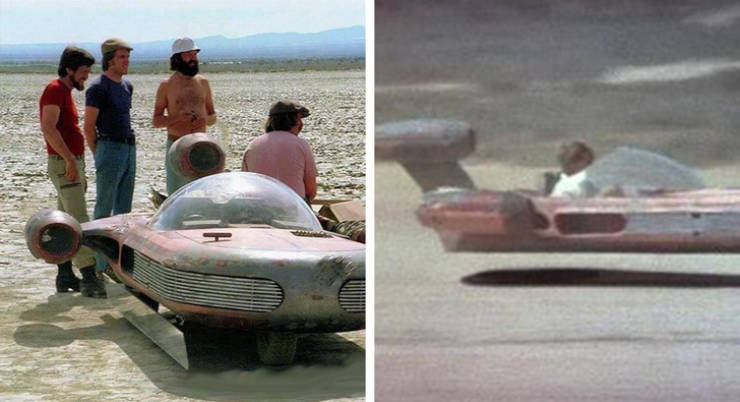 In Back To The Future Part II (1989), the auto-adjusting jacket had strings that were pulled by a number of the staff. 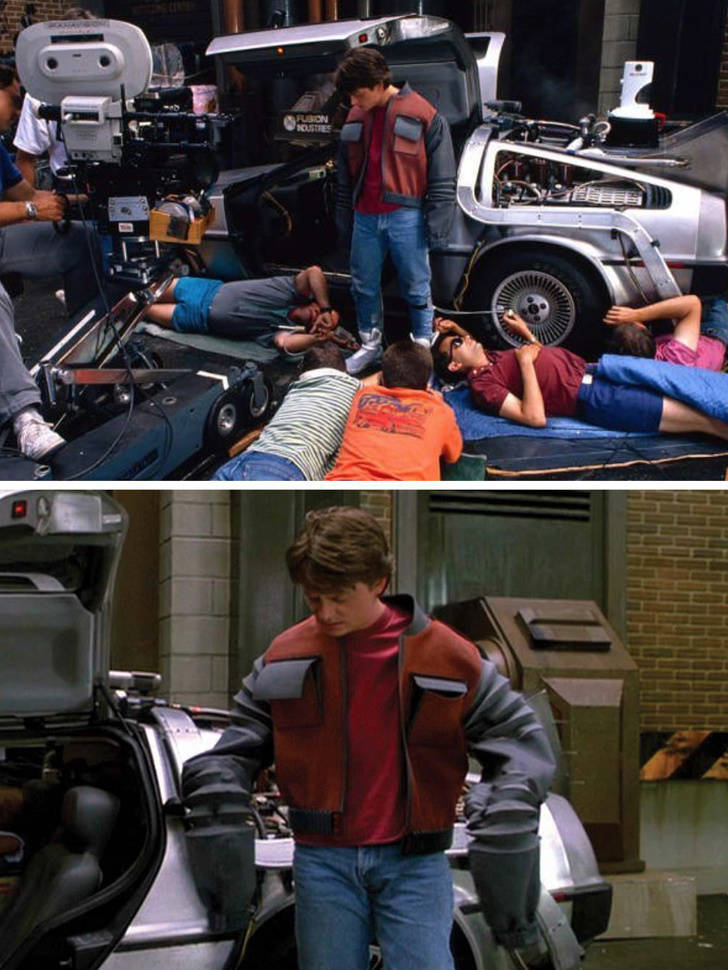 In Star Wars: The Phantom Menace (1999), the audience was made of colored Q-tips and a fan blew from underneath so the crowd appeared to be moving. 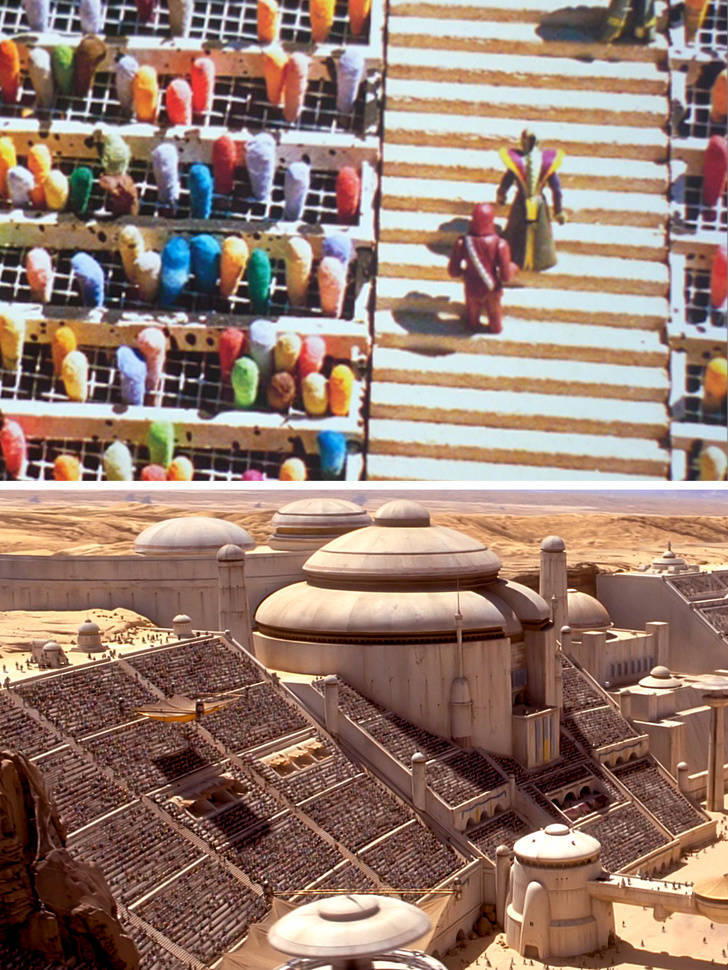 In Elf (2003), platforms and forced perspective were used to make Will Farrell appear bigger. 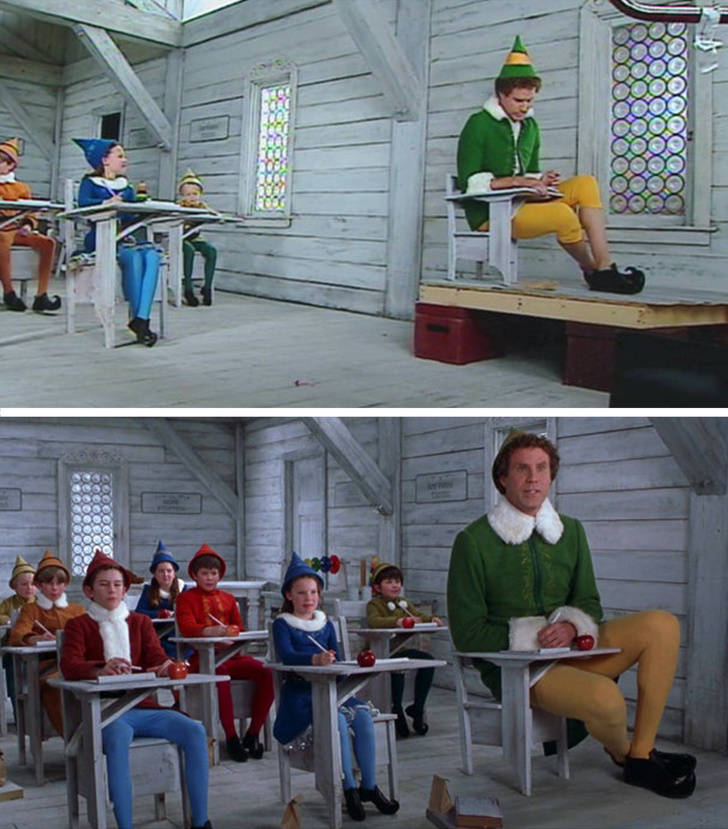 In Ghostbusters (1984), the Stay Puft Marshmallow Man was a person in costume walking on top of a miniature set. 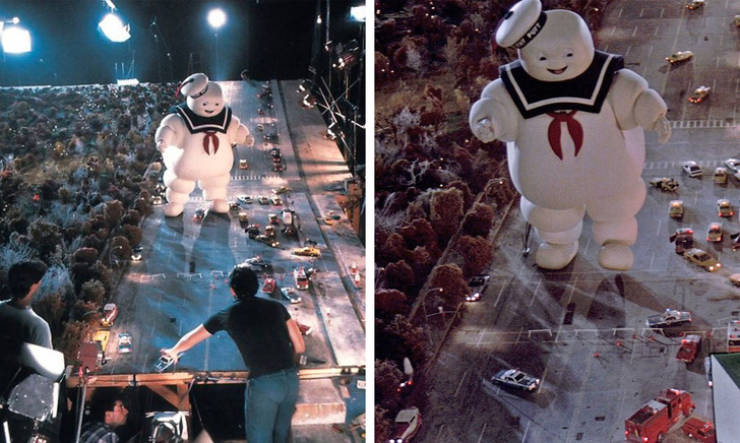 In 2001: A Space Odyssey (1968), a rotating Ferris wheel like set was built to give the effect of zero gravity when the man walks. 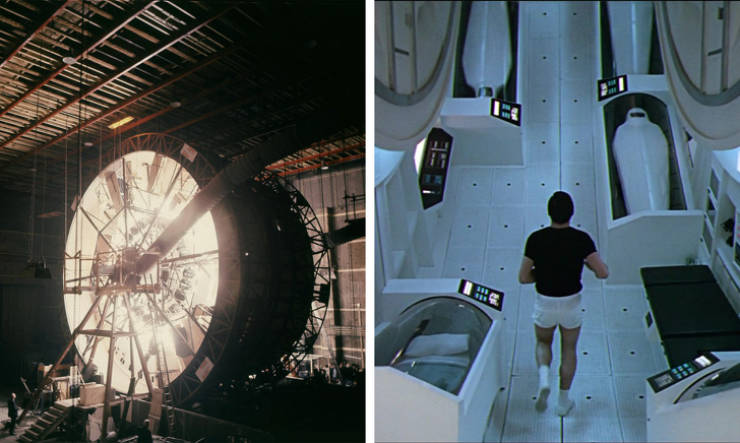 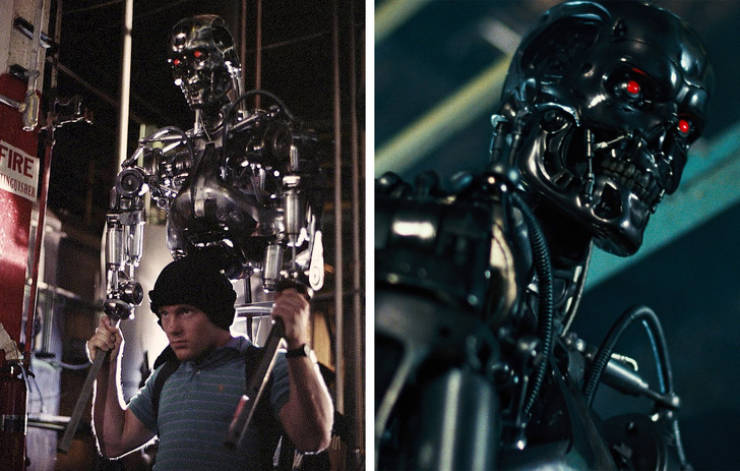 In Charlie Chaplin’s Modern Times (1936), the roller skating scene was done with a photo on a glass in a frame. 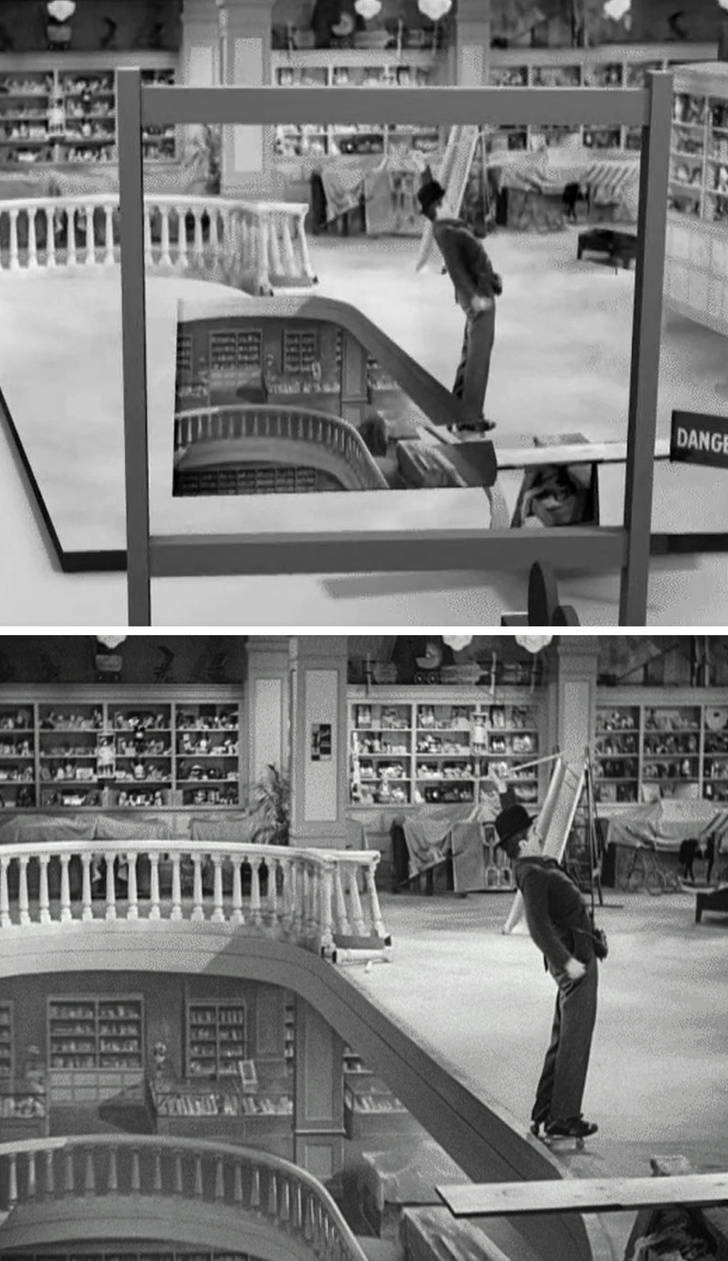 In The Empire Strikes Back (1980), Yoda was a puppet played by Frank Oz. 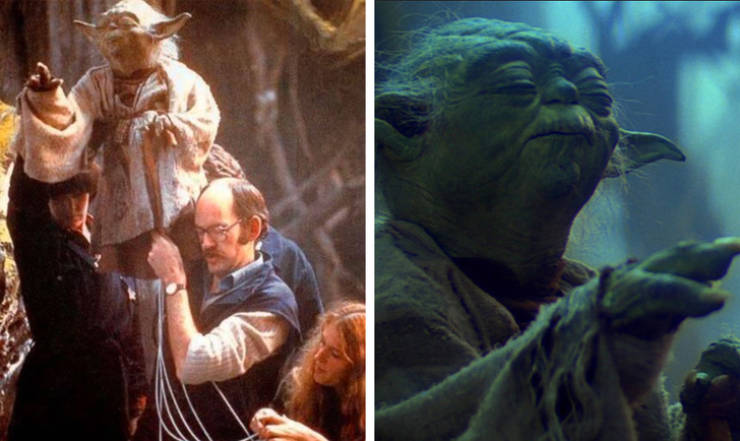 In Superman (1978), instead of being suspended by wire, the actors were propped up for the flying scene. 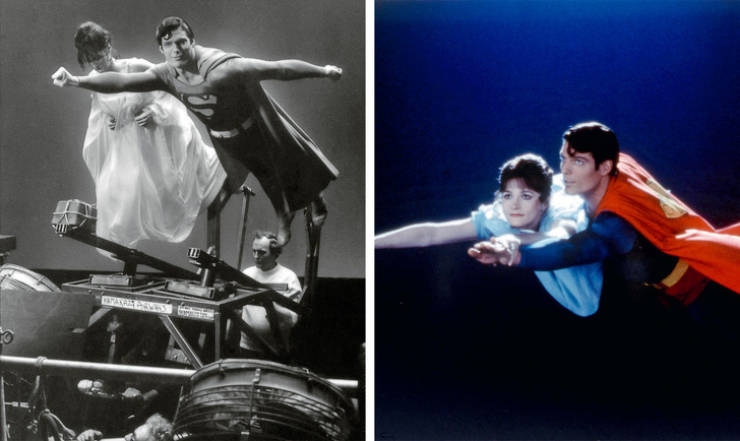 In Return of the Jedi (1983), Jabba’s rancor was brought to life like this. 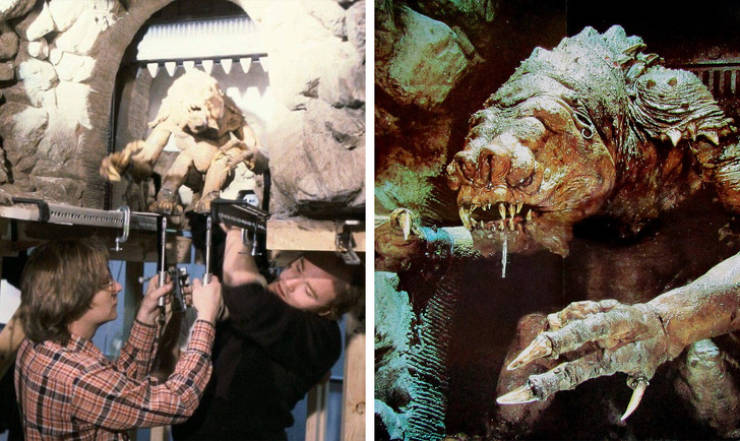 In Mary Poppins (1964), a sodium screen was used to put in the animation and backgrounds. 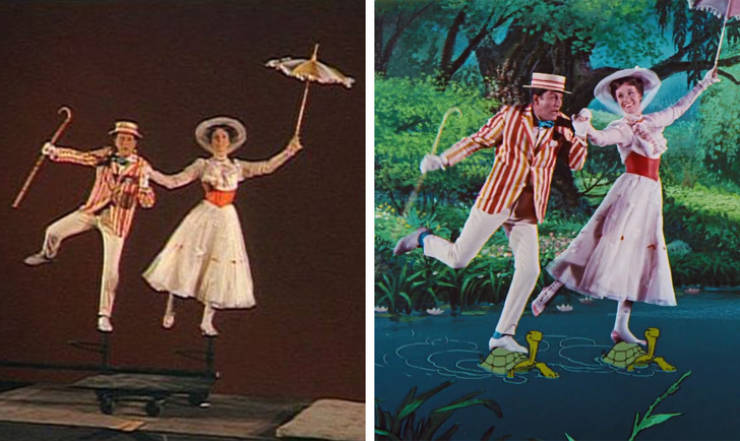 In Jurassic Park (1993), life-sized animatronics were used for the dinosaurs. 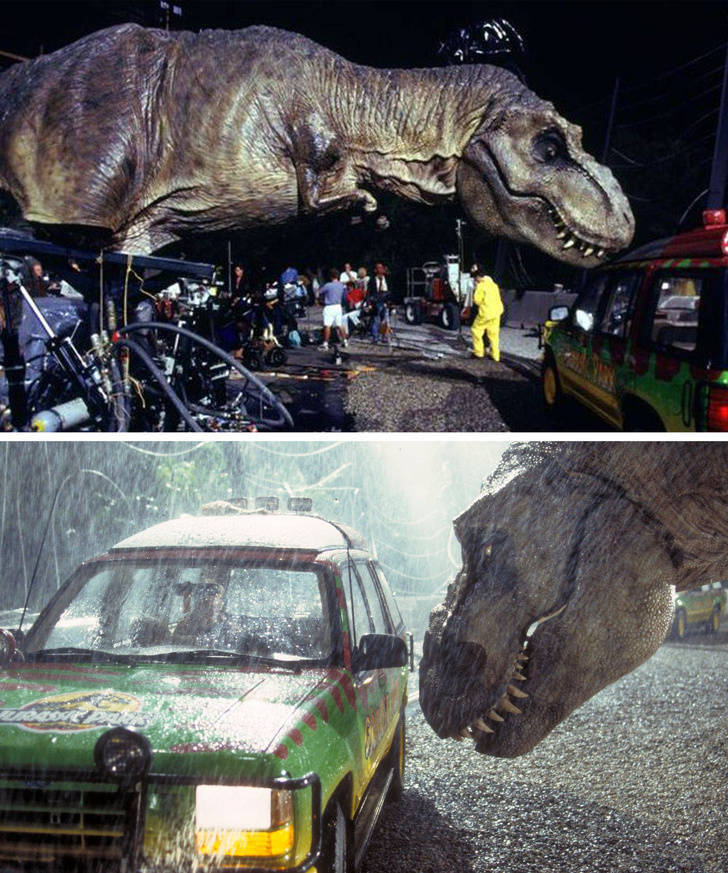 In Back To The Future Part II (1989), the hoverboard was glued to Michael J. Fox’s feet to get the hovering effect. 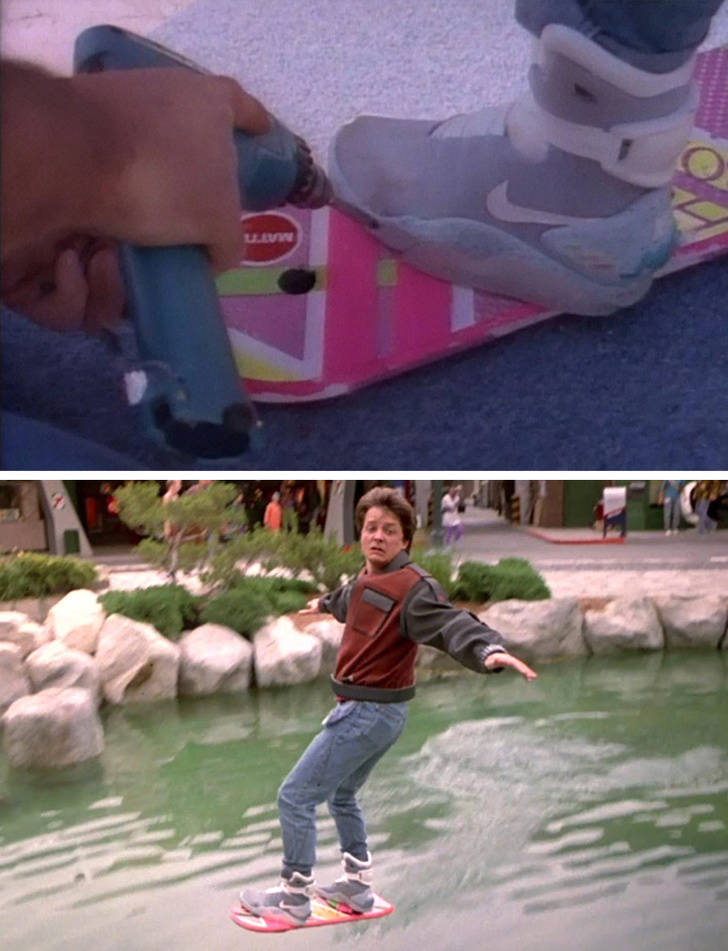 In the original Star Wars trilogy (1977-1983), detailed matte paintings were used as backgrounds. 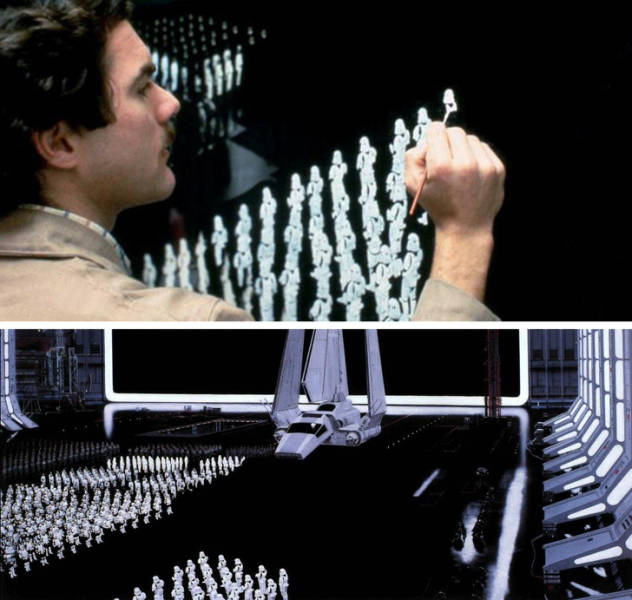