16 Actors Who Turned Into Youngsters For Their Roles 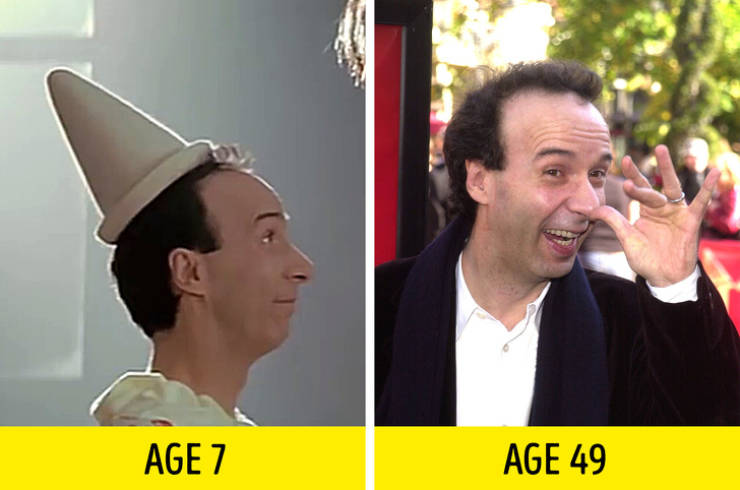 The movie Pinocchio that was released in 2002 starred 49-year-old Benigni playing the role of the young wooden boy, Pinocchio. The age of the fairytale character is unknown, but taking into account that he was just about to start school, he couldn’t have been older than 7 years old. 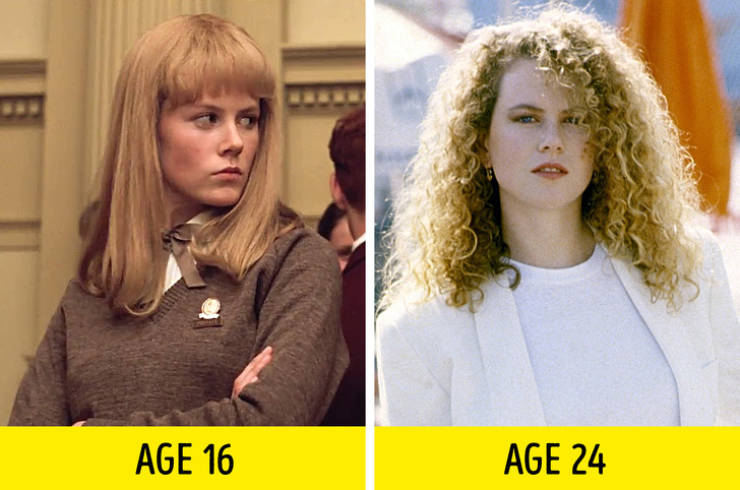 Nicole Kidman played the role of a pupil at a boarding school for girls in the drama Flirting. However, the actress was pretty far from school aged. At the time of filming, in 1991, she had just turned 24 years old. 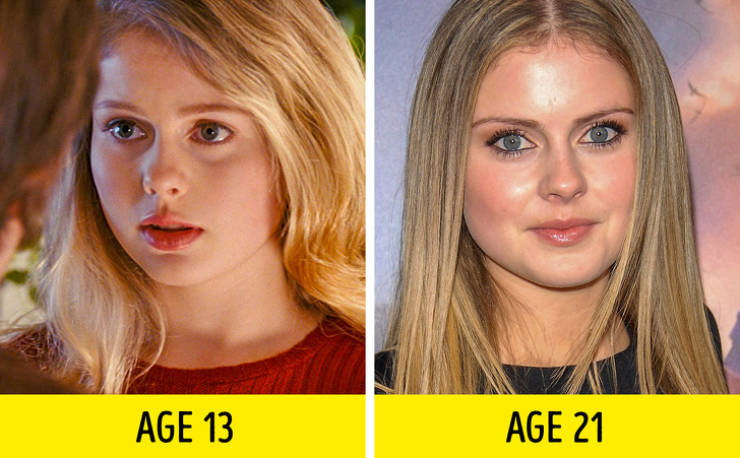 The actress who played the younger sister of the main character in The Lovely Bones thriller was 21 years old at the time of filming. 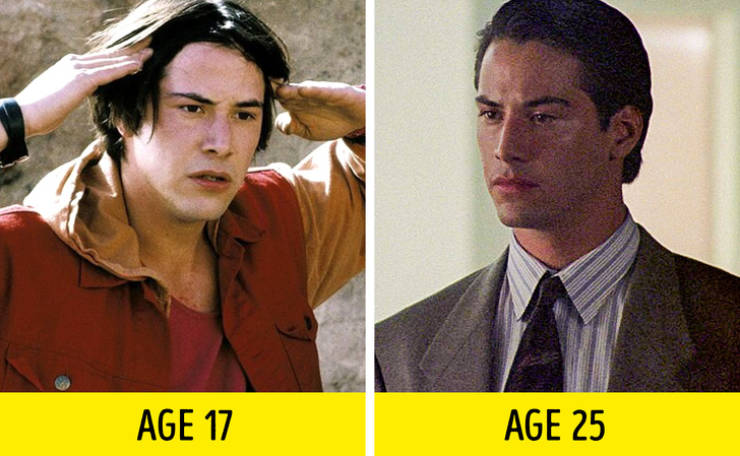 Keanu Reeves, the actor who is loved by everyone, makes us think that time is standing still. That’s why there is nothing surprising about the fact that he played a 17-year-old schoolboy at the age of 25 in the sci-fi comedy of 1989, Bill & Ted’s Excellent Adventure. 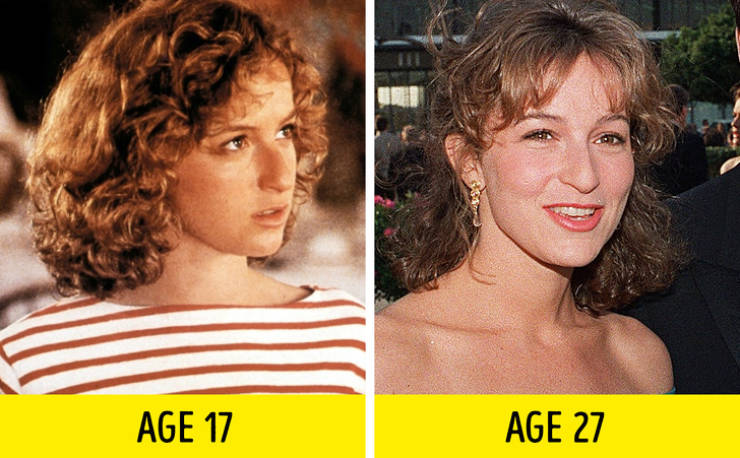 The 17-year-old heroine of the legendary drama Dirty Dancing was played by Jennifer Grey, who at the time of filming was 10 years older than her character. It became the brightest role in the actress’s career. She was even nominated for a Golden Globe award for Best Actress in a Motion Picture. 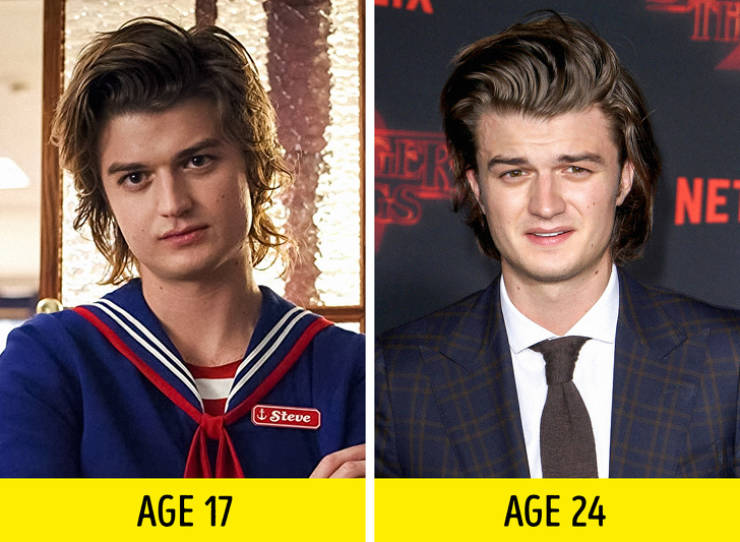 The actor who played the role of high school student, Steve Harrington, had already turned 24 when he started his work on the sci-fi TV series Stranger Things. Today he is 27 and he is still part of the main cast of the series.

Kristen Connolly, The Cabin in the Woods 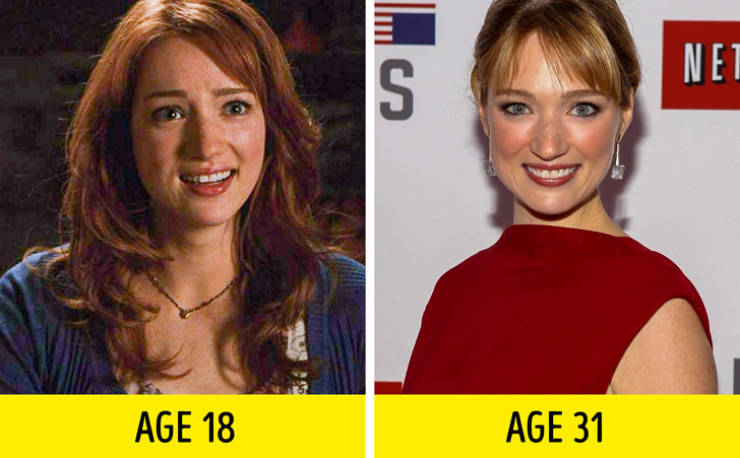 The actress Kristen Connolly, who played a friend of the main character, was 31 years old at the time of filming. By the way, her colleague in the horror movie The Cabin in the Woods was 28-year-old actor Chris Hemsworth, who also played the role of a student. 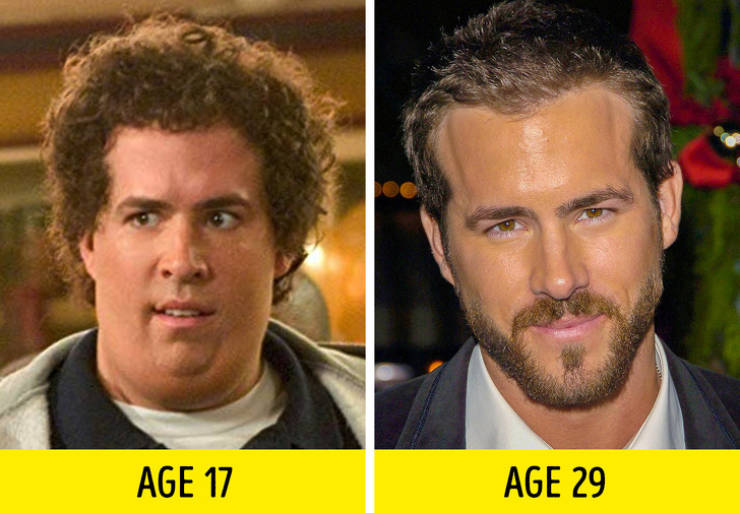 According to the plot of the comedy Just Friends, Ryan Reynolds’ character Chris Brander is getting ready for the prom. However, in reality, the actor’s school life was far in the past because, at the time of filming in 2005, the actor was 29 years old. 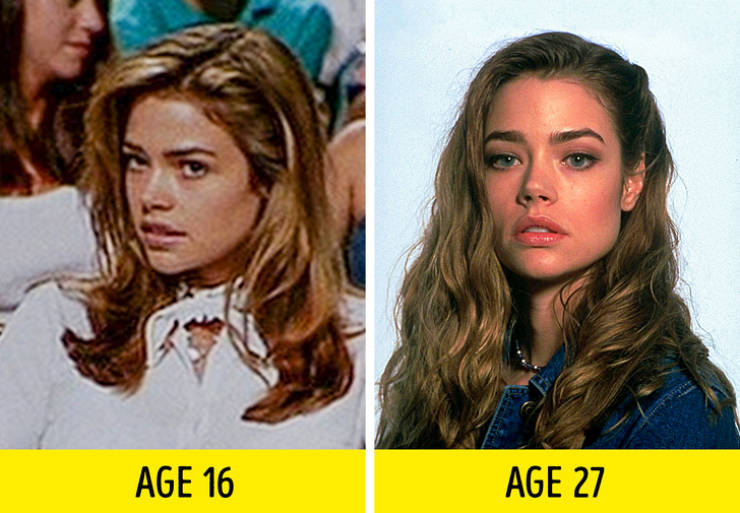 Denise Richards did a really good job playing a 16-year-old schoolgirl, at the age of 27. This is one of those cases where directors approved an adult girl for the role of a teenager because of the many explicit scenes laid out in the script of the movie Wild Things. 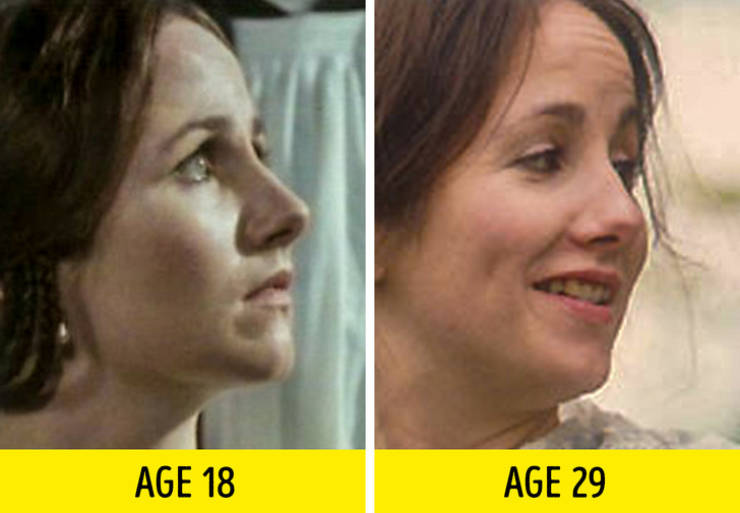 The novel Jane Eyre has been screened many times. And one of the most famous versions is a mini-TV series starring Timothy Dalton and Zelah Clarke. At the time of the release of the series, the actress was 29 years old — obviously older than the young maid Jane who had recently graduated from a boarding house. 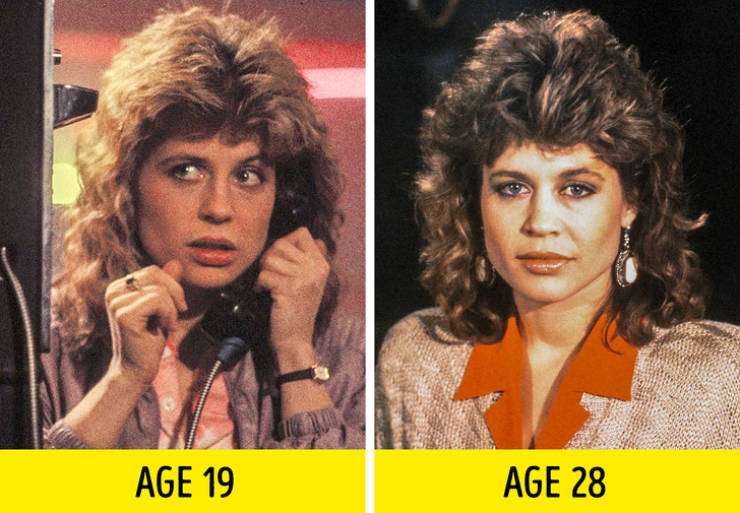 At the beginning of The Terminator movie, Sarah Connor is an ordinary student who’s working as a waitress. She was played by 28-year-old Linda Hamilton and she did it really well because Sarah Connor has consistently been included on the list of the best action movie heroines.

John Franklin, Children of the Corn 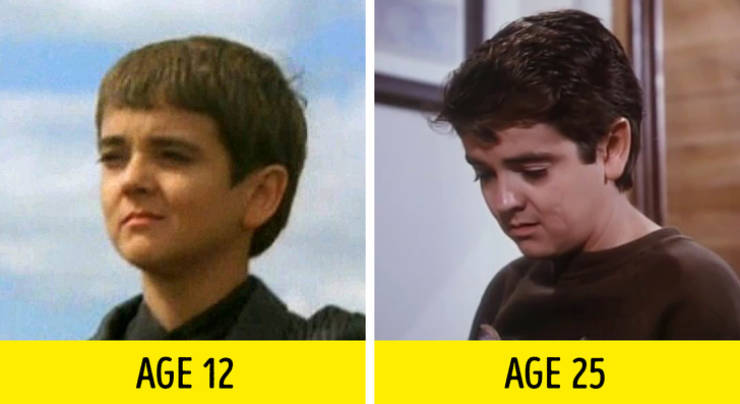 The role of the 12-year-old prophet in the horror movie Children of the Corn became a debut for John Franklin. By that time the actor had already turned 25. He looked so much younger, not only on the screen, but in real life as well because he has a genetically-determined growth hormone deficiency. 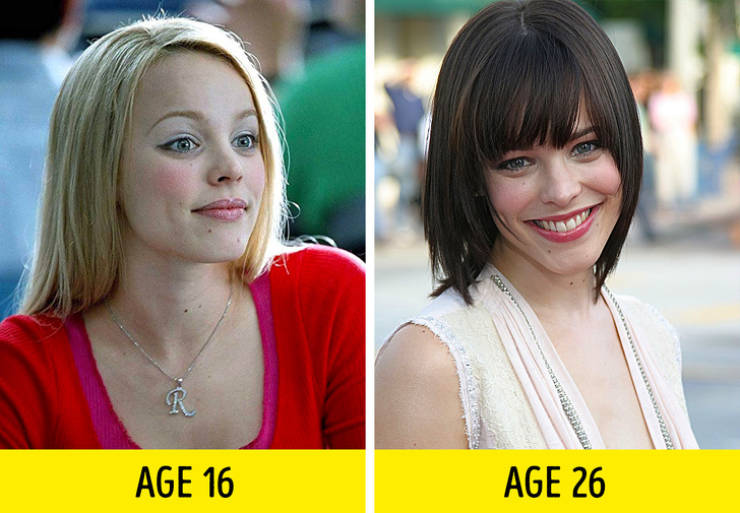 Rachel McAdams played the 16-year-old leader of a catty group of girlfriends in Mean Girls. At the time of filming in 2004, the actress was 26 years old. And it’s obvious that she wasn’t at all interested in school, but more so in her upcoming relationship with actor Ryan Gosling. 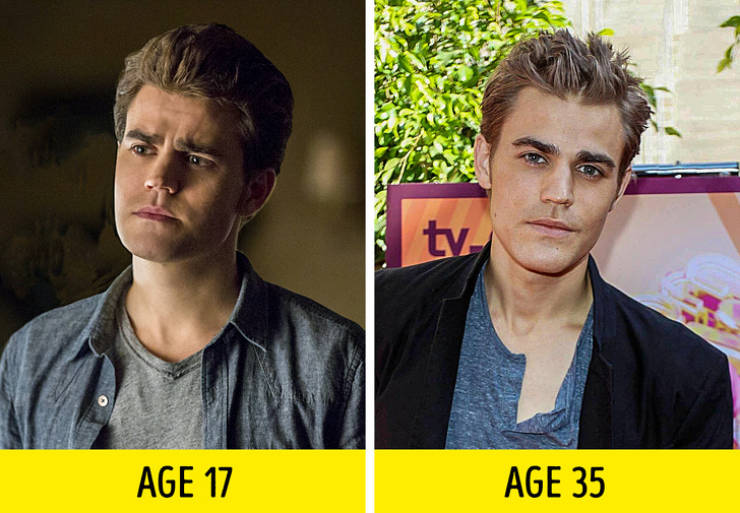 At the time of filming the first episode of The Vampire Diaries, Paul Wesley was 26 years old. At the time of filming the last episode, he was 35 years old. At the same time, his character Stefan Salvatore stopped growing old at the age of 17. It seems that the actor also possesses the secret of eternal youth because he managed to transform into the role of a teenager while being an adult man. 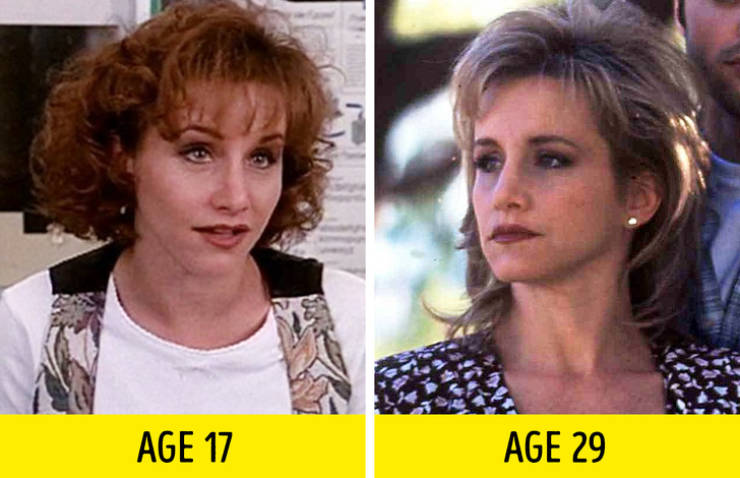 The character played by Gabrielle Carteris in the 1990s teen hit is editor of a school newspaper and later, a college student. The actress started to play this role at the age of 29. When she got pregnant, the scriptwriters of Beverly Hills, 90210 had to include that fact in the script and “impregnate” her character as well. 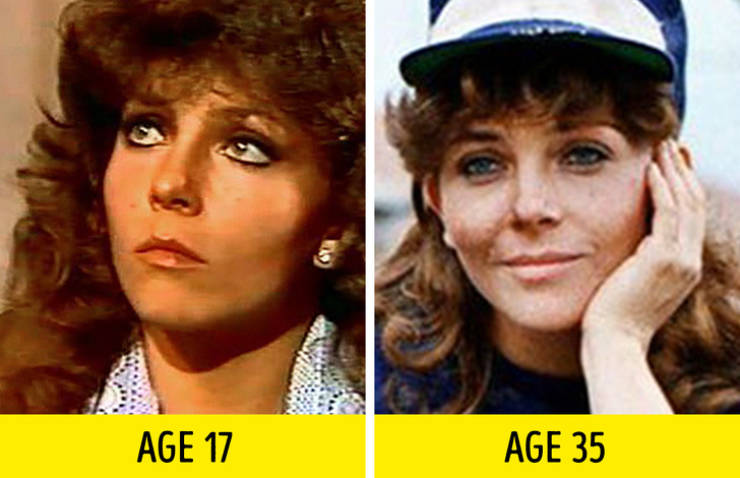 Mexican cinema star, Verónica Castro, played a 17-year-old character in the cult soap opera of the 1990s. At the time of filming the actress of Wild Rose was 35 years old but it didn’t stop her from conquering the hearts of millions of people all around the globe.