16 Animals That You Can See Right Through 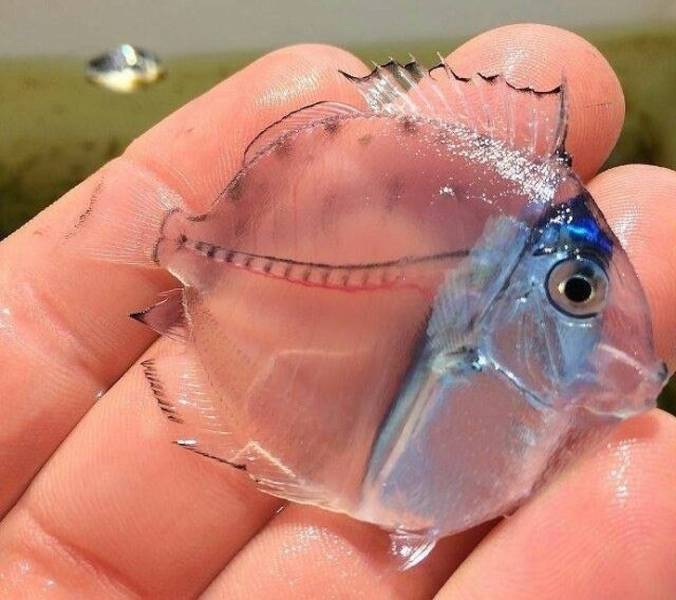 If you are wondering why this beautiful transparent fish looks familiar it’s because it is a member of the Dory family, Nemo’s companion from Finding Nemo. It is a juvenile surgeonfish and its species is called Acanthuridae. They live in tropical seas. 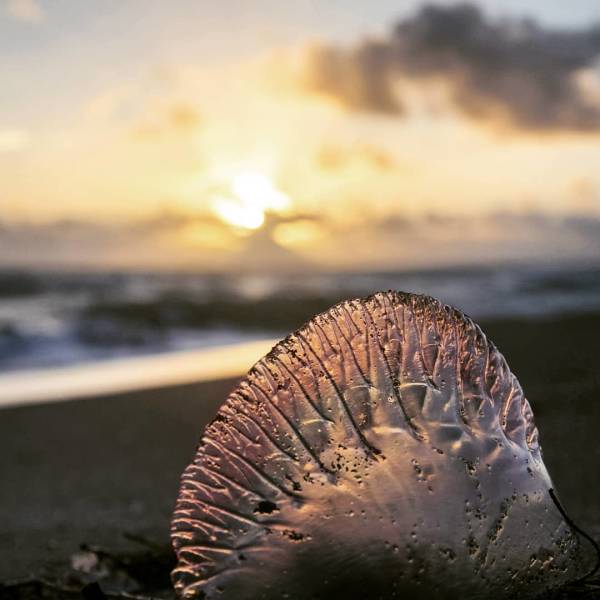 The Portuguese man o’ war or Physalia physalis is not a jellyfish even if it looks like one, it has long tentacles and its sting is extremely painful and poisonous, lethal to both fish and humans. This creature took its name from its strange look. There are several types of man o’ war and the most popular one is the Atlantic Portuguese man o’ war which lives at the surface of the ocean near Portugal. 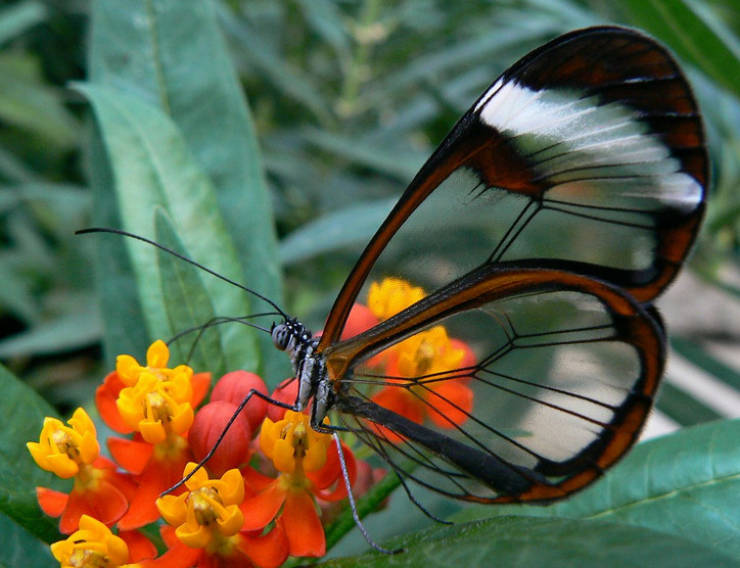 Unlike regular butterflies, this one is transparent instead of having bright colors. It is called Greta oto and is a member of the subfamily Danainae, tribe Ithomiini, and subtribe Godyridina. The glasswing butterfly, as it’s commonly called, uses its transparent wings as camouflage. 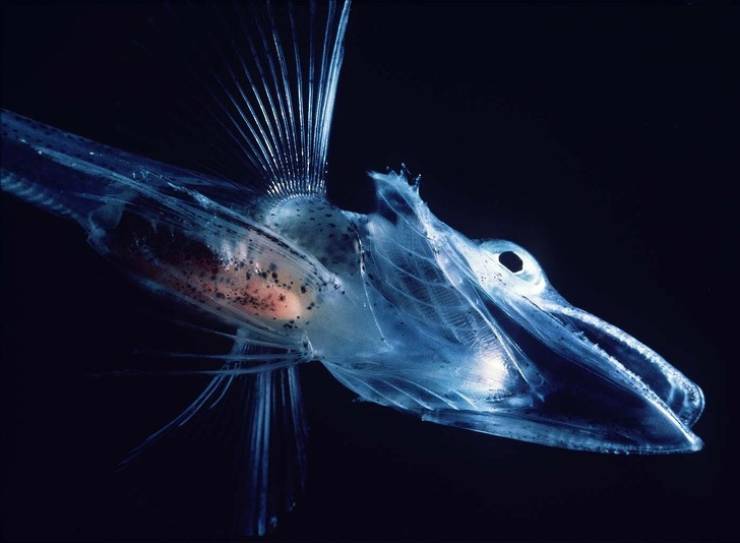 Chaenocephalus Aceratus is known as the blackfin icefish and it belongs in the crocodile icefish family and it lives mostly in the Antarctic. Its blood is translucent, as is its body, and it has a very weak ossified skeleton and creamy white gills. 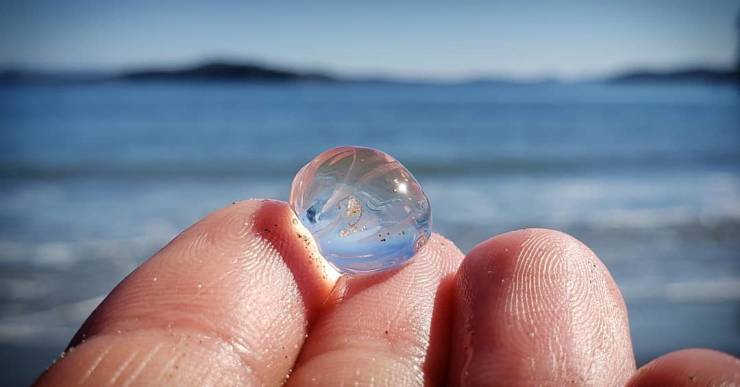 This cute creature that looks like a tiny glass ball is called Pleurobrachia pileus, but it’s is more well-known as the “sea gooseberry” and can be up to 2.5 cm big. It is a comb jelly that lives in open water. Its tentacles are twenty times longer than its body and are used to wrap around its prey. 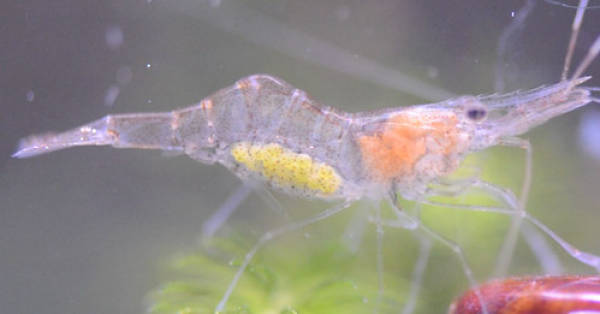 Palaemonetes paludosus is a creature best known as the ghost shrimp. It comes from the southeastern United States and is actually a transparent shrimp. It lives in freshwater, mostly in lakes and it feeds on plankton. Their transparency works as a great camouflage for them.

A chain of Salpa Maxima creatures bonded together 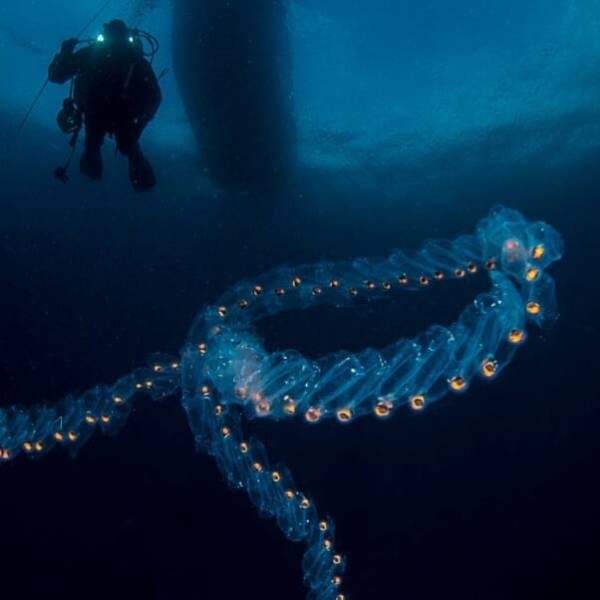 Salpa maxima is a barrel-shaped planktonic tunicate. Its actual name is just salp. Its gelatinous body structure helps it move by contracting and pumping water through it. Salp live in cold waters and can be seen moving alone or in colonies forming long chains. 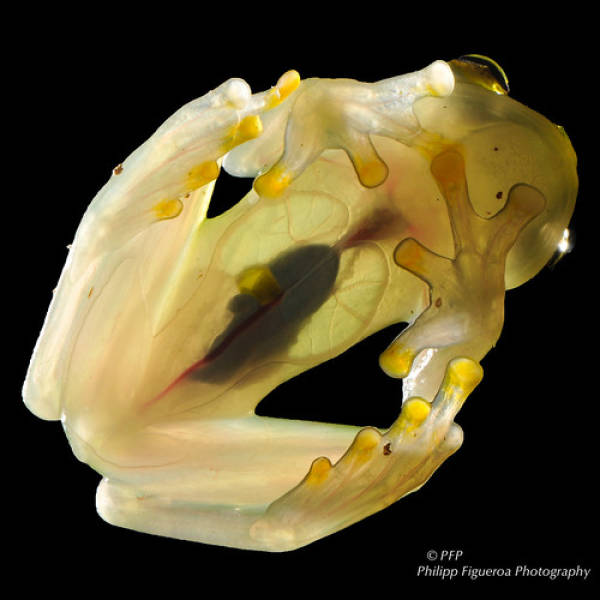 It’s really unusual to think there might be a transparent frog. It does actually exist in the southern USA, it’s called a Glass Frog and is from the amphibian family Centrolenidae. They are usually lime green, however, a large amount of glass frogs are fully transparent and as a result, their organs, like their heart, are visible. 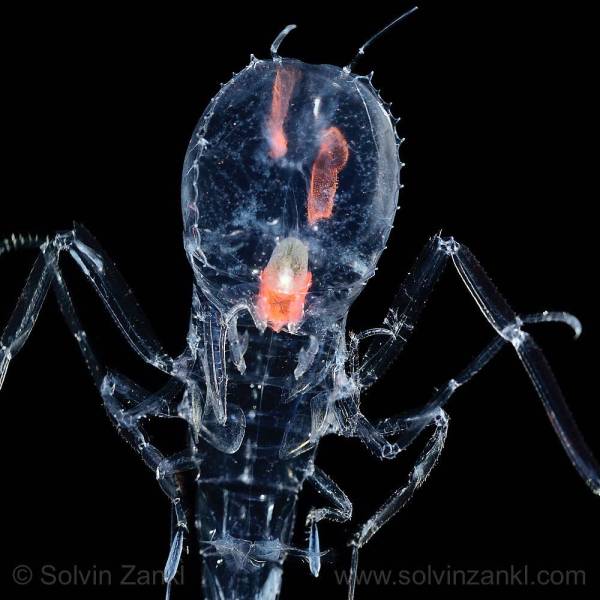 Amphipod Cystisoma Neptuni is an Amphipod creature from the deep sea that has a translucent body. Its camouflaged body protects it from predators and can only be seen in pictures because of the flash of the camera.

The Immortal Jellyfish or Turritopsis Dohrnii 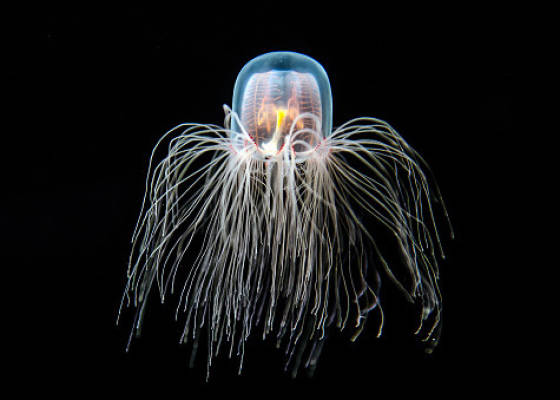 Turritopsis Dohrnii is probably the most magnificent creature on earth since it’s the only one that is immortal. The immortal jellyfish is an inhabitant of the Mediterranean and Japan. Its life cycle has no maximum unlike any other jellyfish in nature. Researchers are head over heels about this natural miracle.

The Glass Octopus or Vitreledonella Richardi 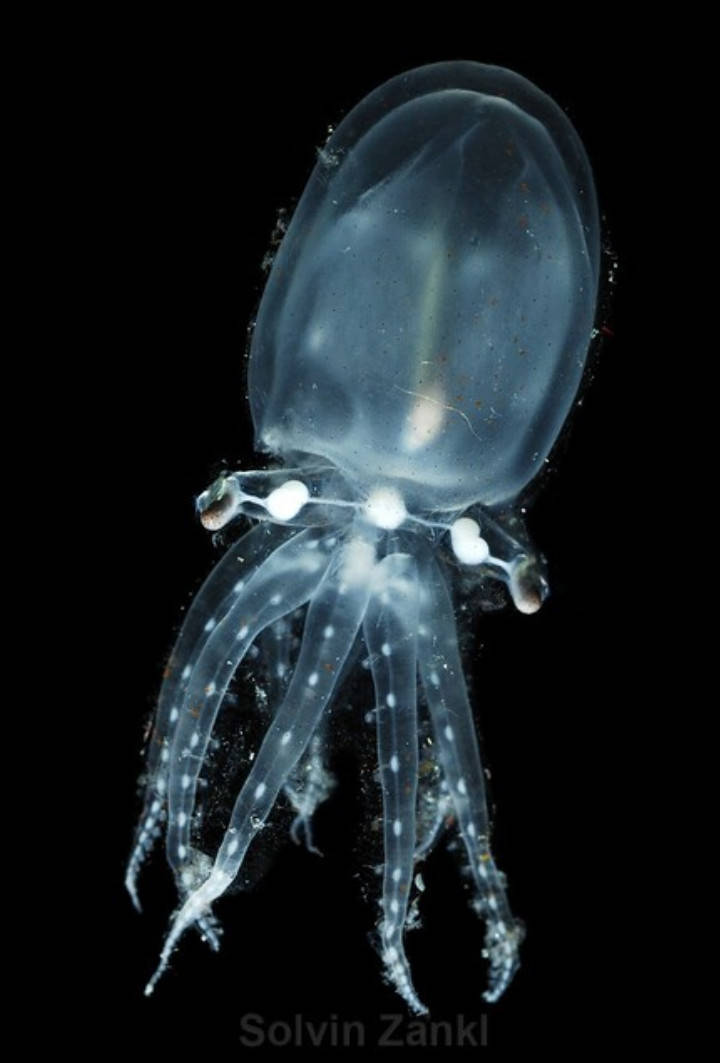 The glass octopus, which is actually called Vitreledonella richardi, might look like a sculpture but it is real. It’s from the Amphitredidae family, it’s gelatinous and fully transparent and it can be found in tropical seas. It also doesn’t get that big with its mantle length varying from 11 to 45 cm. 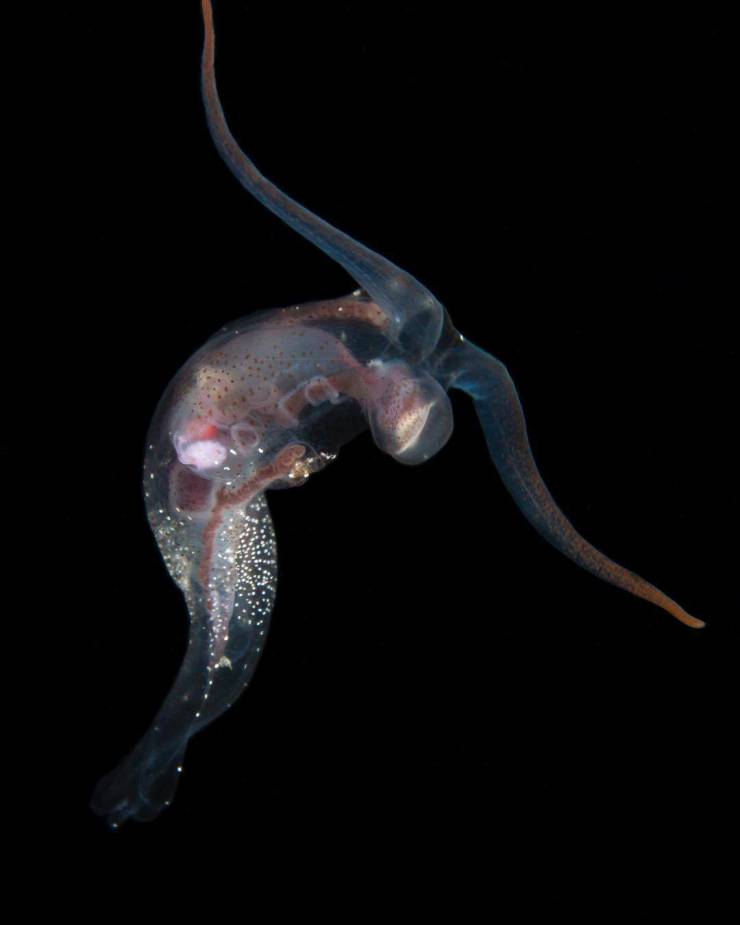 Pelagic Nudibranch is one of the most famous gastropods. It’s an open-ocean hunter that mirrors a fish in body plan and motion. To capture its victims, which are only jellies, it uses its horn-like rhinophires. It’s rather small in size too with his maximum length reaching only 5.5 cm. 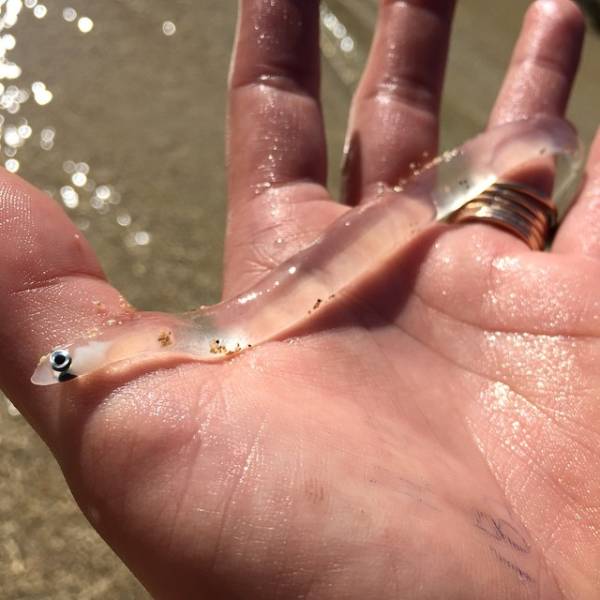 The European Eels are also called glass eels for obvious reasons. They live in rivers in Europe and their length varies from 60 to 80 cm, while there have been rare cases of 1-1.5 m long eels. They have a long lifespan, especially when captive (80-150 years), but there is no specified expectancy for the wild ones. 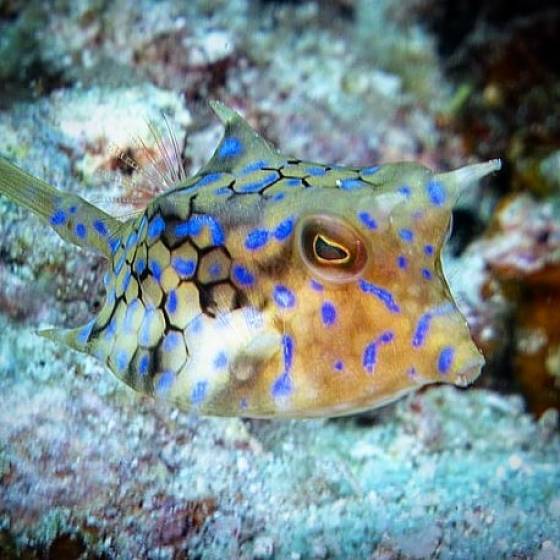 This beautiful creature is a Juvenile Cowfish. These fish usually live around coral reefs in lagoons and the most interesting fact about them is not just that they are translucent, but also that they mostly float instead of swim. 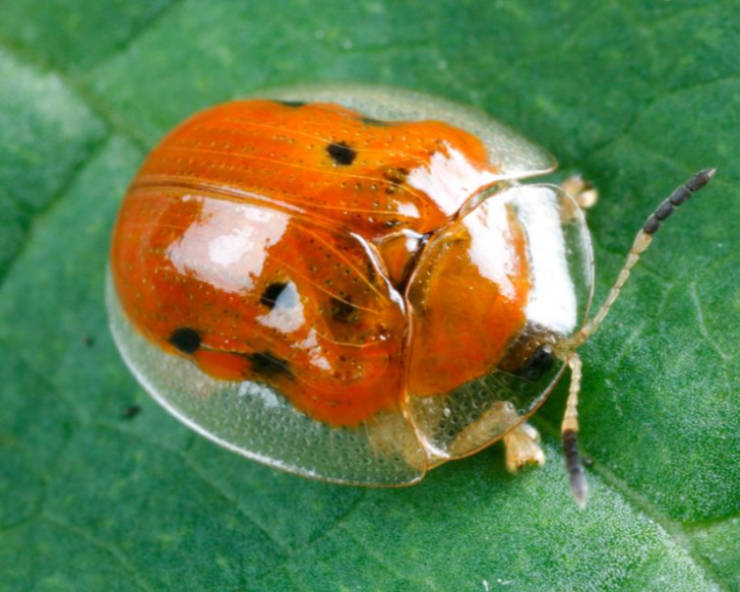 This beautiful beetle that looks totally unreal is a Charidotella sexpunctata or as it’s best known, the golden tortoise beetle. It belongs to the leaf beetle family, Chrysomelidae. What is fascinating is that its color changes through the different stages of its life, as it grows, during mating, etc. Adult golden tortoise beetles turn from gold to red when they are stressed. 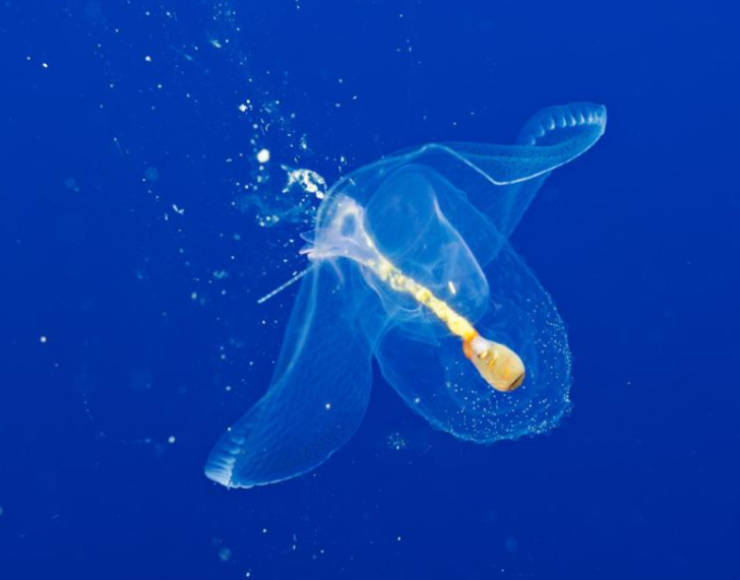 Sea Angels, Gymnosomata, or simply sea butterflyfish are mollusks that live in the Arctic Ocean. They are hermaphroditic and feed while fluttering through the water. They are fully transparent with pedal wings that make them look like flying angels when they move. 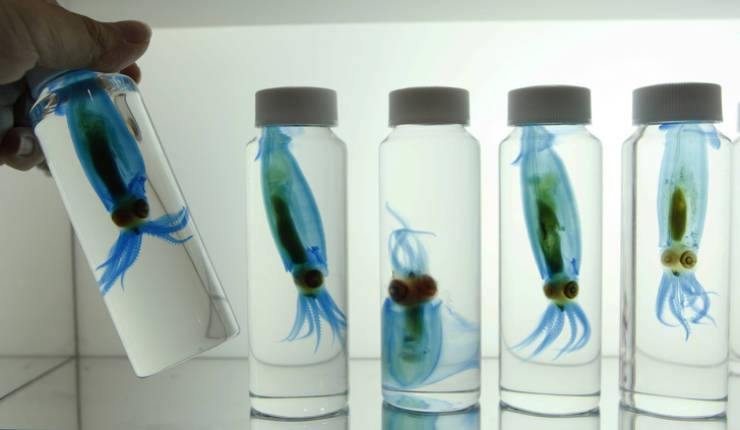 Cranchiidae is commonly known as the glass squid. There are about 60 different known species of the Cranchiidae family and their mantle length varies from 10 cm to over 3 m. They have semi-transparent skin which is used as a camouflage to protect them from predators and also help them catch their prey.

The Snail with the semi-transparent shell 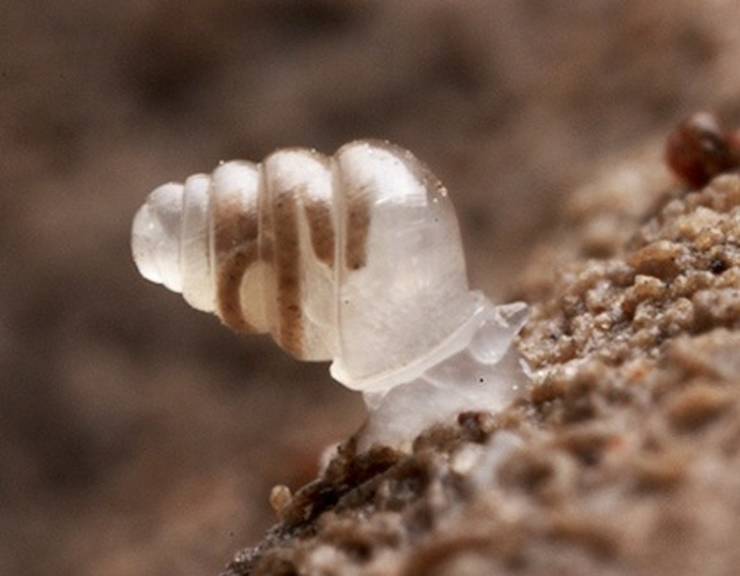 We are not used to seeing transparent shells, but this snail’s shell is actually almost fully translucent. Its original name is Zospeum tholussum and was very recently discovered in 2013, at the depths of a cave in Croatia. It’s a tiny species with a size of around 3 mm. These glassy snails are usually blind and extremely cute.

Loading...
Previous 40 People That Are Just Not Meant To Have Kids
Next 30 Bouncy Things Are The Very Reason Why We Love Internet