16 “Avengers: Endgame” Details That Were Very Easy To Miss

When Tony removes his arc reactor and hands it to Steve, you can see a scar from the old version he had lodged in his chest.

Tony figures out his time traveling model after he draws “mild inspiration” from a photo of him and Peter, in which they’re holding an inverted diploma.

You can spot a keg of Asgardian Ale in New Asgard.

Thor has Hulk and Iron Man PEZ dispensers in his room next to Stormbreaker.

When testing out the time machine, Hulk has to use a pencil to flip switches because his fingers are too big.

When we see Thor mention going for a “bit of lunch,” it’s a reference to the post-credit scene from The Avengers, where the group is seen eating shawarma. 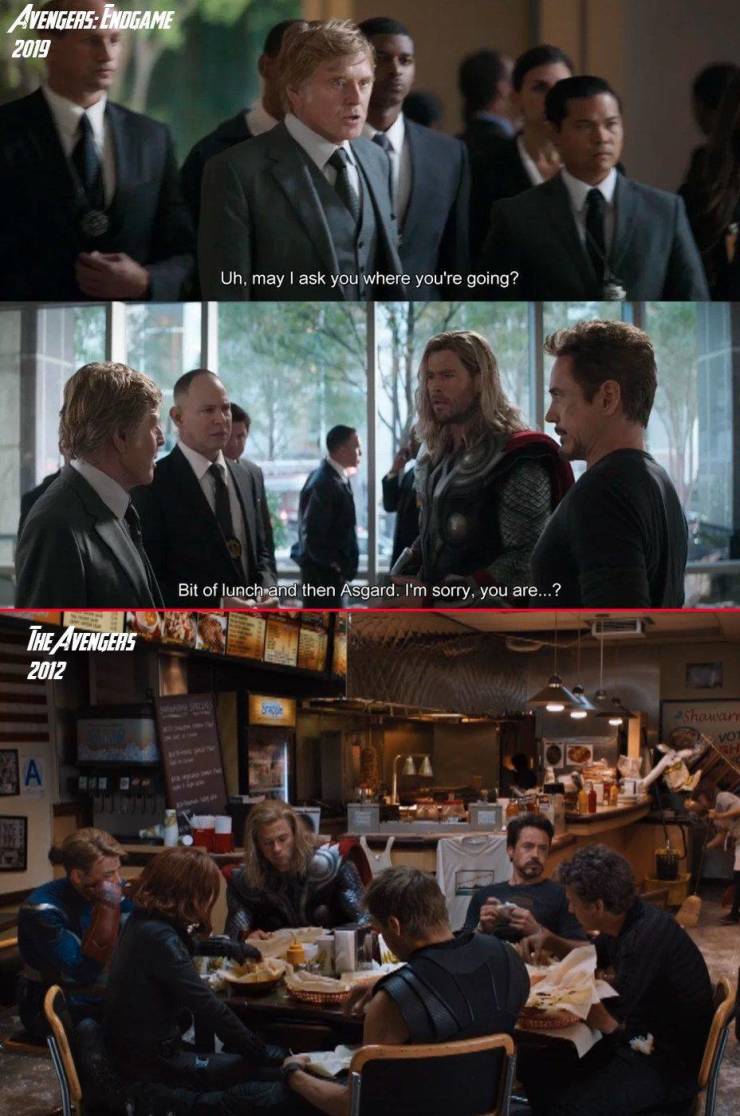 Tony rejects Peter’s hug attempt in Spider-Man: Homecoming, but in Avengers: Endgame, Tony enthusiastically hugs him when he returns. 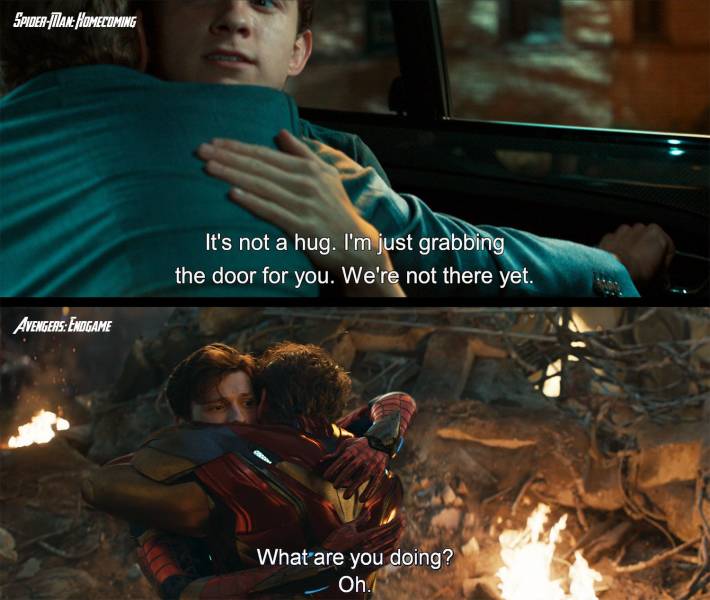 When the blasts from Thanos’s attack hits, Ant-Man quickly shrinks down to save himself. 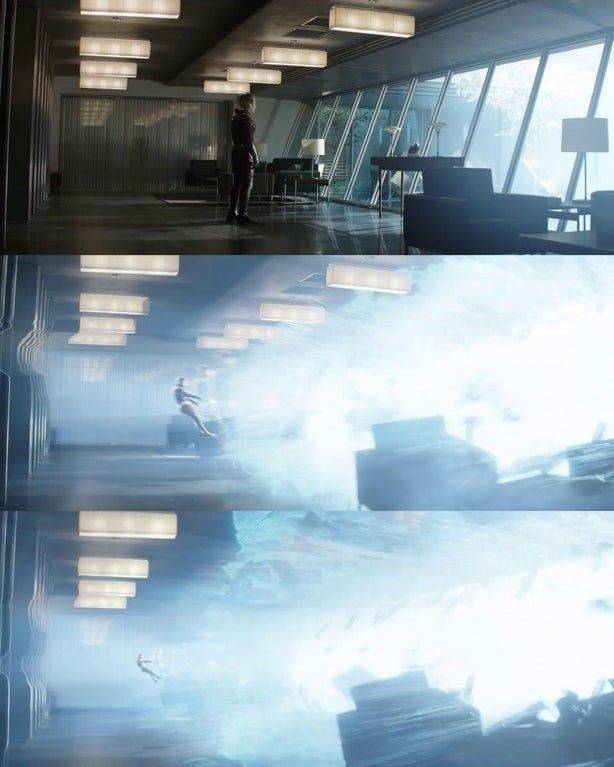 During the battle with Thanos before help arrives, Thor goes straight for Thanos’s head, just as he was advised to in Avengers: Infinity War.

The Wasp emerges in shrunken form from a significantly smaller portal than the others, expanding to normal-size once she’s through it.

A conversation between Scott and Hope during Ant-Man and the Wasp is referenced during the battle in Avengers: Endgame.

When the Avengers charge during the final battle, Spider-Man swings from Ant-Man’s giant hand.

Mantis can be seen swaying during the funeral scene, which is a thing praying mantises actually do.

Bucky tells Captain America he’s going to miss him even though he’s only supposed to be gone for seconds, because he knows him well enough to realize that Steve is going to live his life out, and this is the last time he’ll see him young. 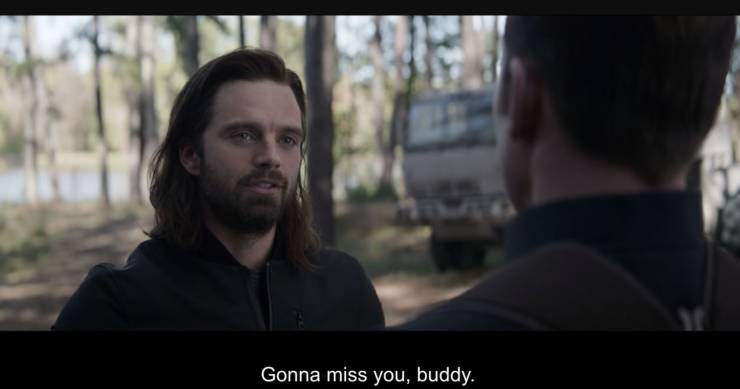