The plane isn’t a haven for cleanliness. 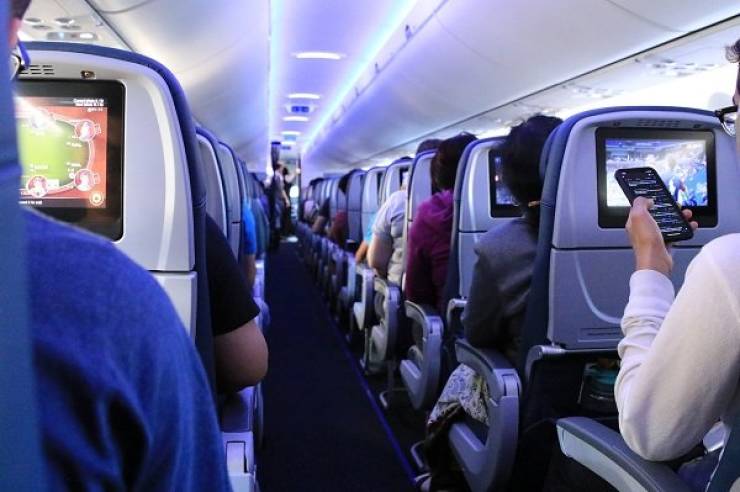 “The plane is disgusting. Don’t walk around barefoot. Definitely don’t eat your mint after it fell on the floor like Mr. 3A did the other day.”

They aren’t necessarily rolling in the Benjamins. 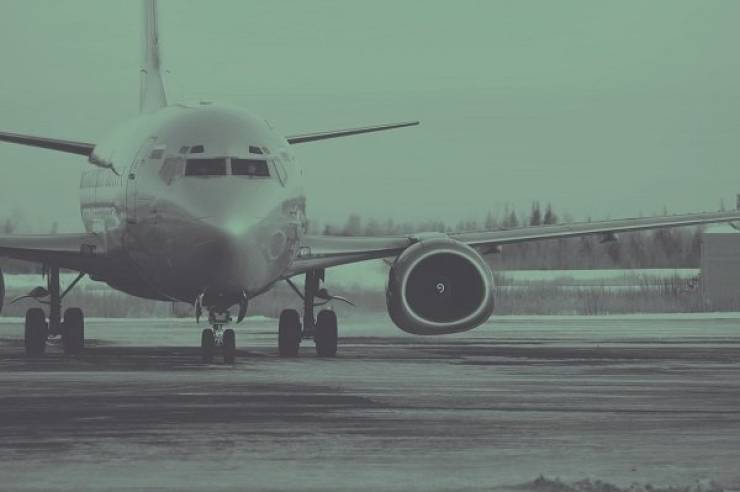 According to this flight attendant , it isn’t the highest paying job out there. “”I get paid approximately $38,000. “It is variable, but my company pays some of the highest wages.”

Your first impression matters to some FAs. 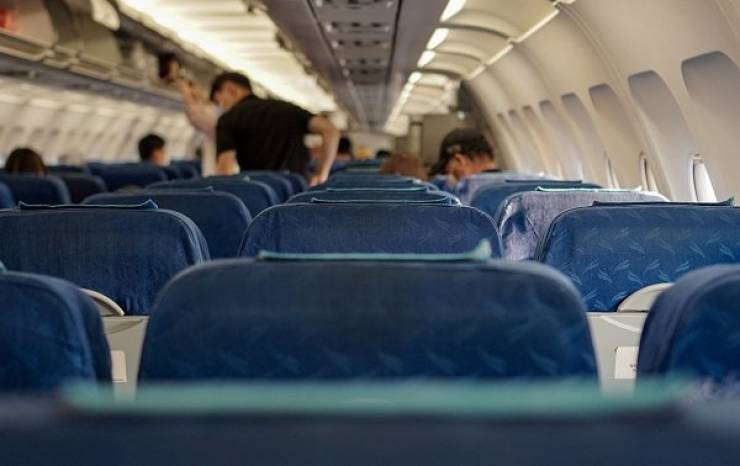 “I first notice how passengers are dressed. Some people dress as if they made an effort to put forth a positive impression. Others look as if they grabbed clothes off the floor and ran out of the house,” says flight attendant and author Steffanie Rivers. She also says that acknowledging the crew upon entry and presenting yourself well is a good way to find yourself in the crew’s good graces. 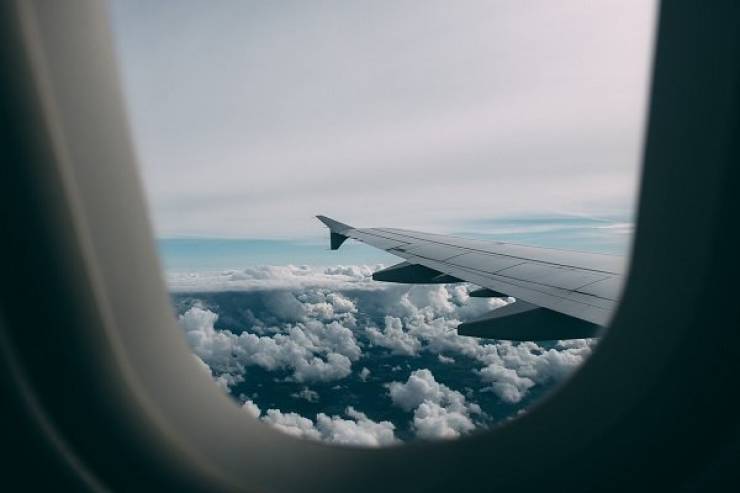 “If you ask for something nicely, I’ll usually give it to you, but if you demand it or if you’re a j#rk…good luck getting anything free.”

The food ain’t all that good for you 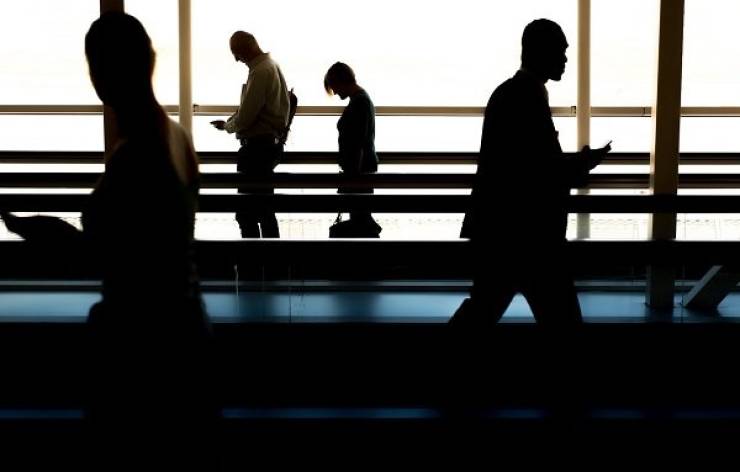 One flight attendant for a major airline claims that “It is really, really bad for you. “Even in training, we are told [airplane meals] are nutritionally useless because of the salt, sugar, fat, and simple carb content. Once in a while is fine, but if you are a frequent traveler, look into other options.”

They hate delays just as much as you do. 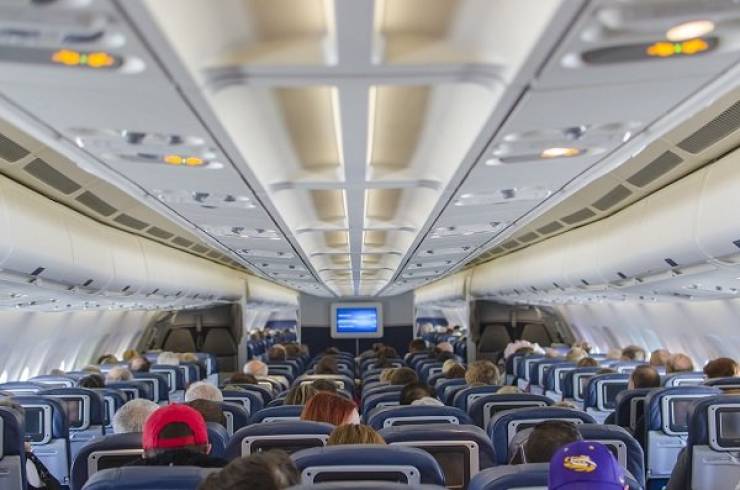 “During delays at the gate, we are not getting paid. We are as pissed off as you are, if not more.” 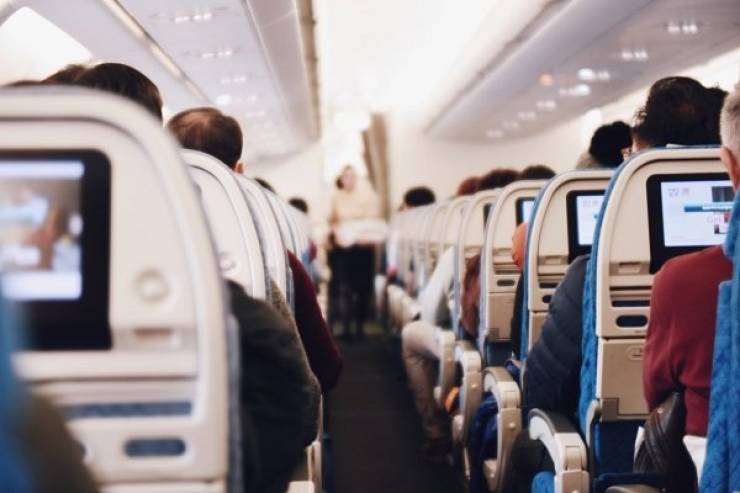 Steffanie Rivers says it’s important to listen to the attendants “Because communication between air traffic control and the cockpit can be interrupted due to electronics—not just from one person, but from a joint effort of all the electronics passengers have—it matters a great deal that passengers should place electronics in airplane mode during taxi takeoff and landing.”

They prefer you didn’t do this… 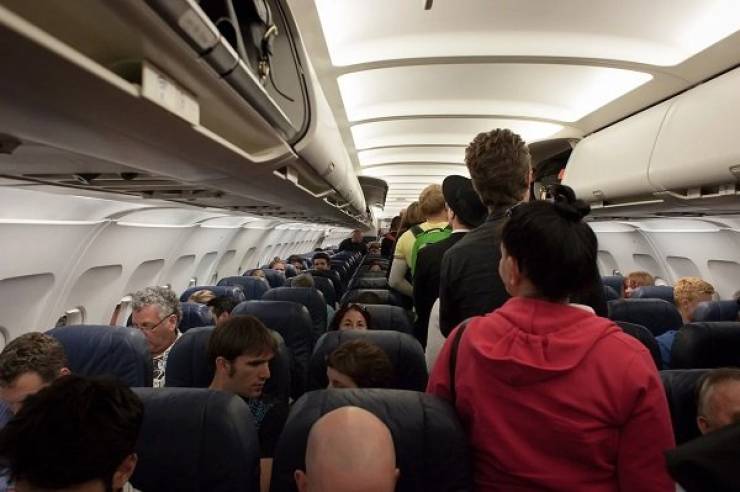 They’re not allowed to get you drunk 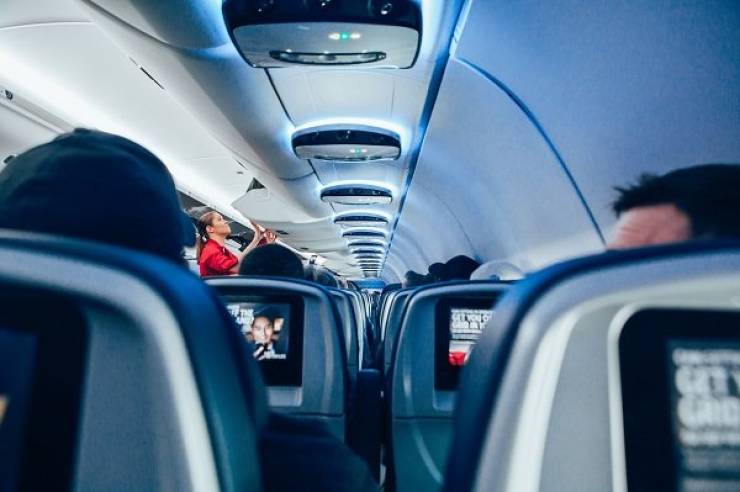 If you’re someone who likes to remedy a long and boring trip with some booze, you may be dissappointed to know that you’ll likely be cut off far sooner than you’d have hoped. One flight attendant says “We were told one in the air for two on the ground. Also, it is illegal to be intoxicated on a plane and it is illegal for us to get you drunk. So, if we cut you off, don’t argue; we may serve you later if you’re nice.”

They don’t always tell you what’s going on 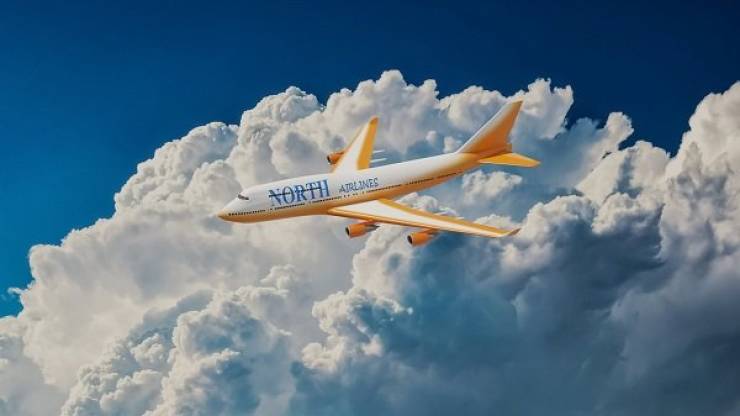 “When people ask for the reason for a delay, we usually give a bulls@#t response because the REAL answer would spook passengers. ‘We have a minor technical problem and engineers are on their way.’ But in reality: The cabin pressure isn’t working.”

Maybe stray away from the coffee… 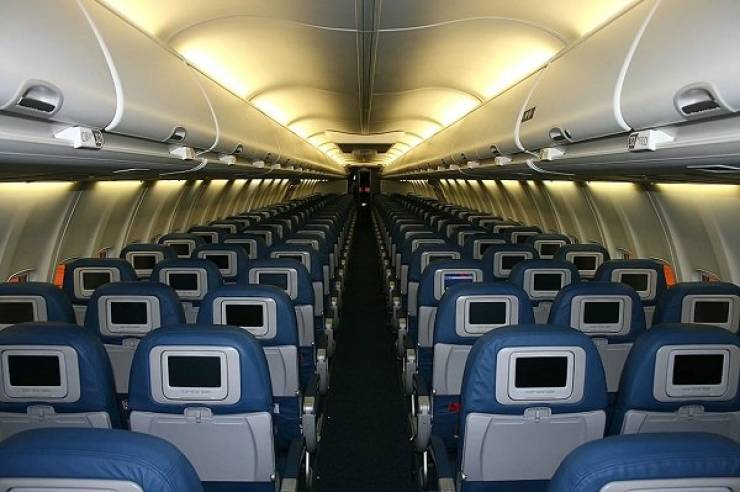 “Pilot here. Don’t drink the coffee. The water comes from the onboard system that has the fill port right next to the port the lavatories are drained from. The water system routinely fails E. coli checks.” 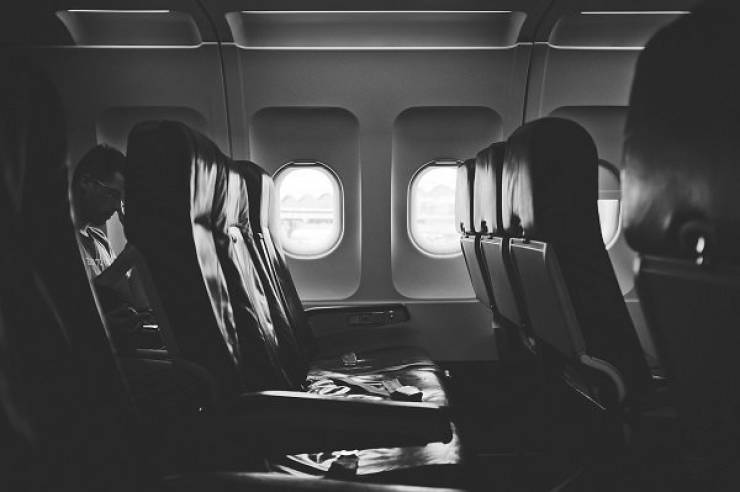 One flight attendant says: “We don’t have a working week, per se, but we can work up to eight days in a row if they’re all two-sector short haul routes. We can also work up to four flights a day, or operate two 15-hour flights in four days. Regulation is that we have 20 minutes of break every 12 hours.” 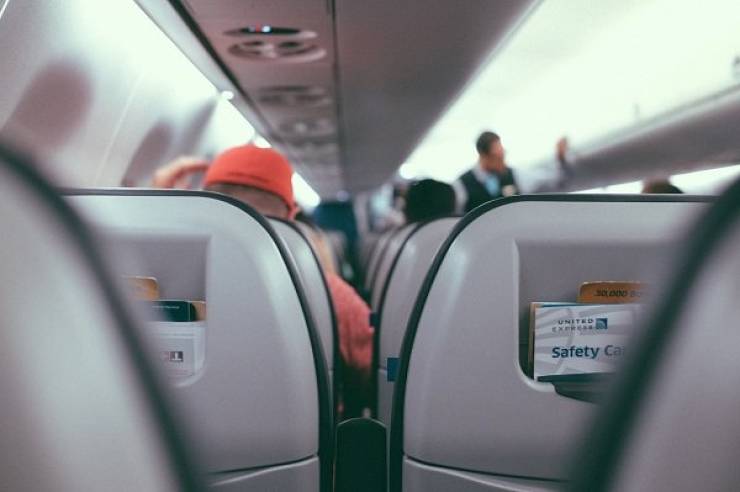 “If it’s a red eye and we are close to landing, I might be hallucinating from lack of sleep. Not enough to be dangerous, just enough to see weird things.” 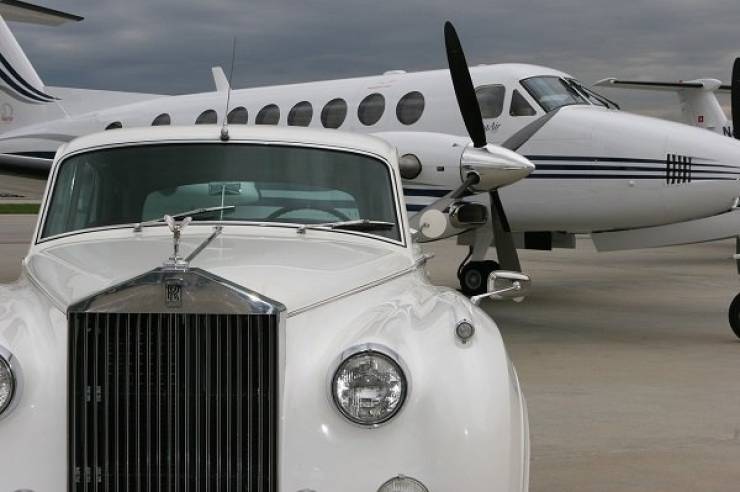 “It’s not as glamorous as it seems. “People think a lot of our job is traveling to amazing places all the time and having long layovers, but a lot of the time, it’s a flight to Newark with a 10-hour layover, or a redeye flight to Hawaii just to turn right around.” Says one flight attendant . 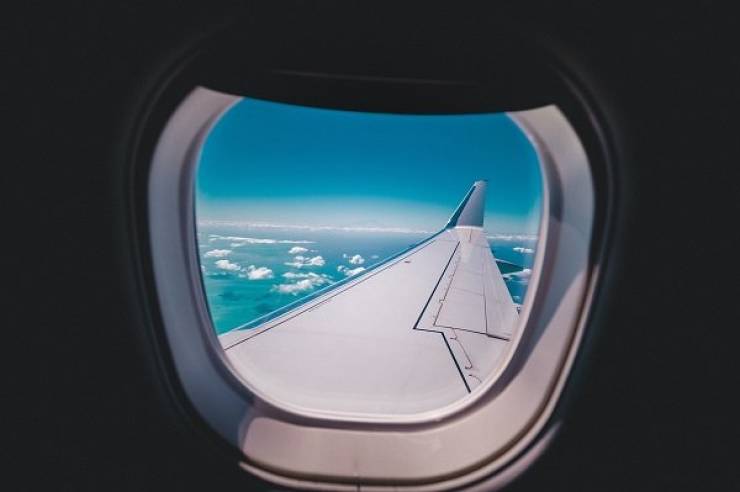 “The amount of times someone has poked me in the waist, back of the head, and yes, my @$$, in order to ask me to take their trash or some other stupid s@#t is TOO DAMN HIGH!”

Previous 17 People Share Their Absolute Worst Sex Attraction
Next 19 Curious Facts Prove That Geography Is So Strange, But So Cool!