16 Movies That Nailed It In Terms Of Historical Authenticity 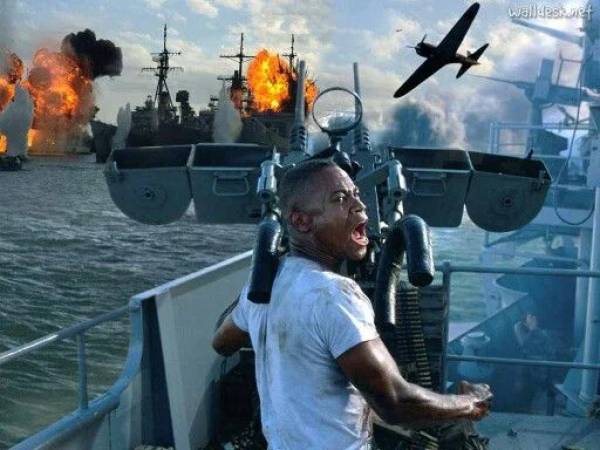 While this film does a few things right and a lot of things wrong, this big moment did happen. Miller was below decks, doing laundry when the attack happened, so he ran to help. He ended up carrying several men to safety, commandeered an unattended gun, and took down several planes.

He was also one of the last men to leave his ship as it sank, helping several other sailors swim to shore. 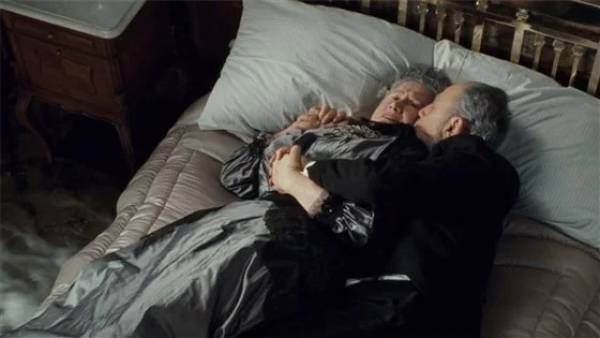 For a film with a lot of drama and a class romance that wouldn’t actually have happened, kudos should go to James Cameron for making as much of the film historically accurate as he could. This couple here had given up their seats on a lifeboat so others could live, and held each other as the ship sank.

This was based off of real-life couple Isidor and Ida Straus. He was the co-owner of Macy’s and a former congressman.

That’s love and bravery right there. 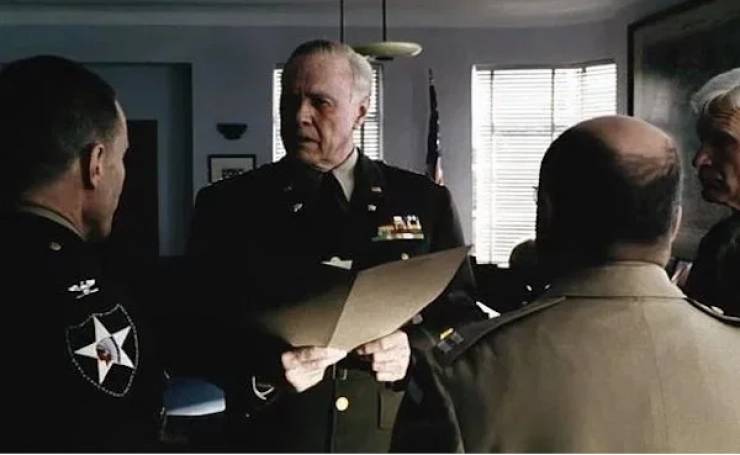 The Bixby Letter by Abraham Lincoln was a real document

This film isn’t based on a true story, but it’s inspired by real events and real people. In 1942, five brothers from the same family (the Sullivans) lost their lives at the Battle of Guadalcanal. This led to the “sole survivor” policy, that the last surviving family member wouldn’t have to serve, if everyone else was KIA.

In the opening of this film, General Marshall (a real person), reads the Bixby Letter which was from President Lincoln to a grieving mother who lost 5 sons in the Civil War. 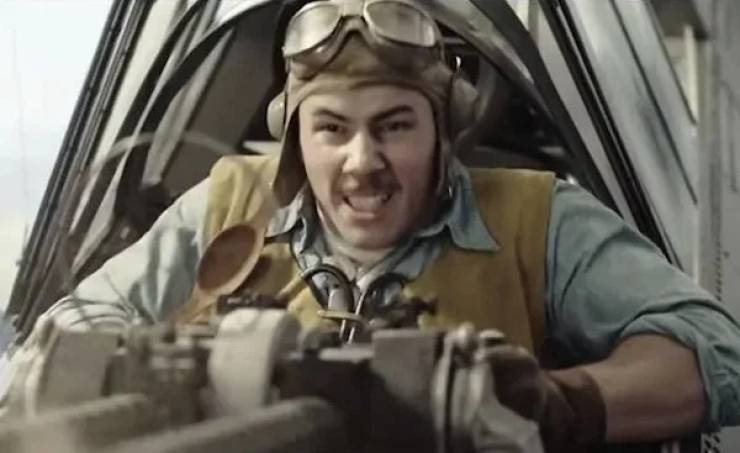 If there’s one scene that I’d totally have said was drummed up by Roland Emmerich to make his film more exciting, it’d be this one. In it, a damaged Japanese bomber is headed towards the USS Enterprise, so Gaido jumps into an empty plane and uses the machine gun to destroy it before it causes more damage. He’s then promoted on the spot. Sounds like fiction, right?

This actually happened, and his commanding officer saw this act of heroism, and promoted him up two ranks to Aviation Machinists Mate First Class. 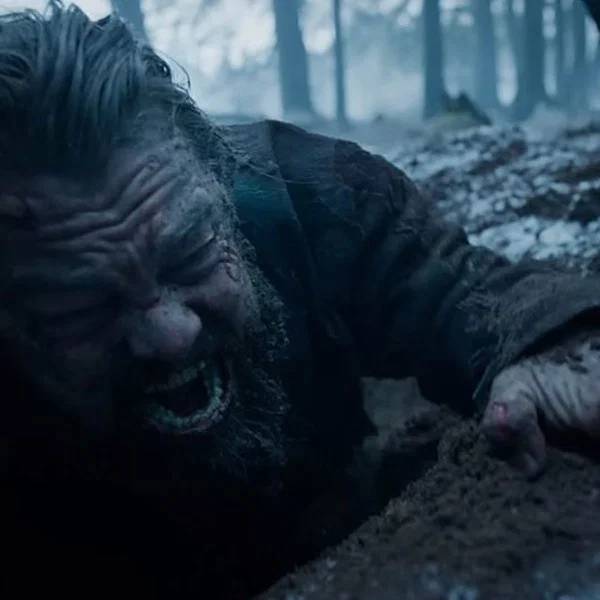 This is the one of the most traumatizing movie scenes that I’ve seen in a while, and the whole thing just seems far fetched. What dude can take on a 500lb bear and survive. This guy, apparently.

Glass was a part of a trade expedition in 1823, and he did come across a mother grizzly and her cubs, and got attacked. In the film, he played possum, shot the bear, fought it again, then used his hunting knife. In reality, there’s some debate on whether or not he finished off the bear himself, or if his hunting party helped him out.

Either way, a broken leg, ripped scalp, a punctured throat and many gashes are the outcome. As well as being left behind and having to crawl to safety. 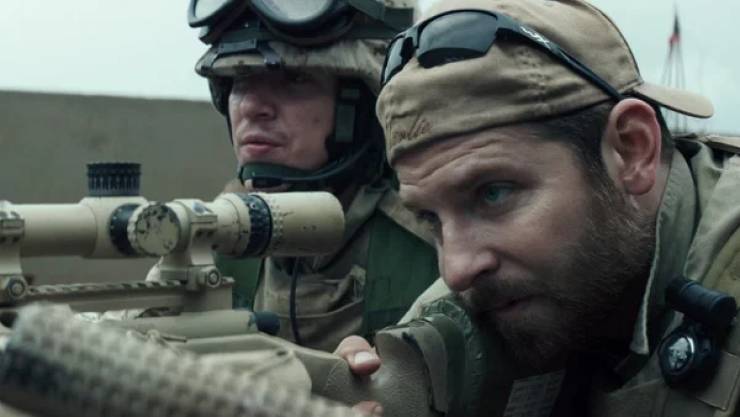 Obviously, a lot of the details in this film, based off of his autobiography, are not exactly authentic. Events have been moved around, locations differ, and for security reasons who he’s killed and how many are still kinda vague. Totally fair. But the one thing that is true, is this mile-long shot.

In the film, the shot takes out Syrian Olympic sharpshooter Mustafa, who’s been Kyle’s nemesis in the film. He also took out one of Kyle’s friends named Biggles. While Mustafa really existed, he didn’t kill Biggles, nor was his life cut short by Kyle.

Kyle’s shot, however, did take out an enemy insurgent who was aiming a rocket launcher at American troops. So Kyle aimed and fired his bullet over 2,100 yard to end the threat. 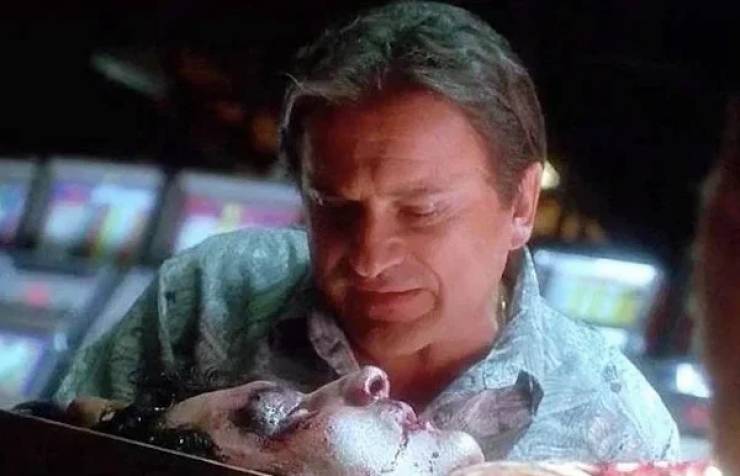 The ‘Head in a Vase’ scene actually happened

You’d hope this was an embellishment or something, but no. It’s legit. The film is based off of a book, and Scorsese based his characters on real people with changed names.

The scene itself involves Joe Pesci’s Nicky Santoro, who’s interrogating a hitman. When the info isn’t forthcoming, the head meets the vise and the eyeball hits the cheek.

The real-life inspiration for Pesci’s character was Anthony John “Ant” Spilotro, who used this method on another mobster named Billy McCarthy in 1962. And it was far worse than just a vise and an eyeball. 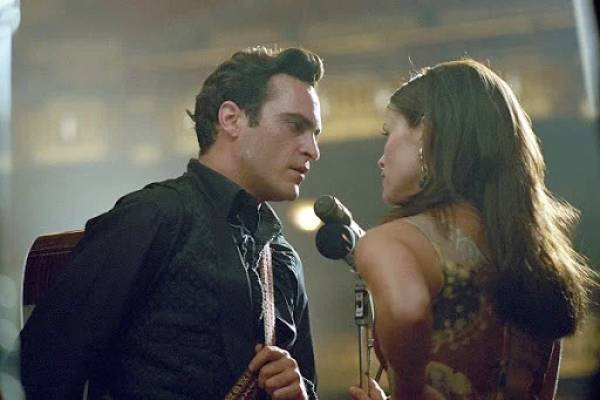 This movie does have its share of inaccuracies and embellishments, but this scene isn’t one of them. While singing a duet, Johnny stops and asks her to marry him, also pouring his heart out to her. She obviously says yes.

This happened on Feb 22, 1968, in London, ON, Canada, and they were married a week later in Kentucky. 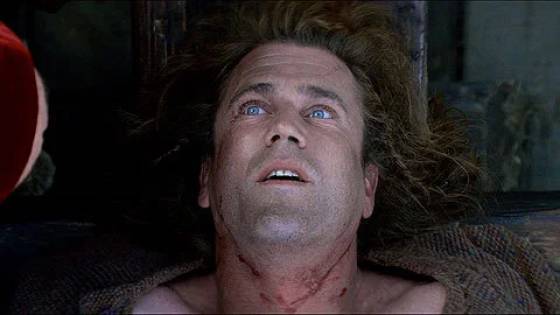 This film is barely a historical one, because it gets so so many things wrong. In fact, it kind of gets the death scene wrong too. The film makes it seem less brutal than it really was. But it was still pretty accurate.

Though, I’d think that being hanged, disemboweled, beheaded and quartered is a bit overkill, but you do you English king. 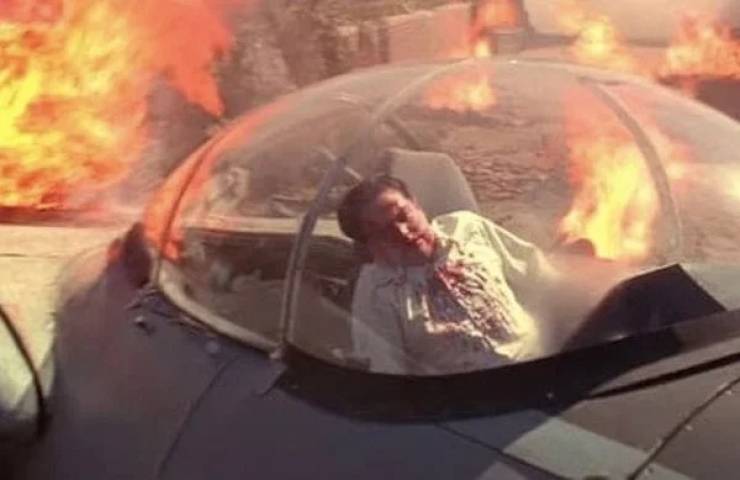 It might seem totally implausible that Hughes would have crashed an experimental military plane into a heavily populated part of the city, but that’s pretty close to what happened.

In both the film and real life, the Hughes Aircraft Company had two contracts to build planes for WWII. But when the war ended, it was all cancelled. But Hughes kept on designing.

He then took his spy plane for a spin, but discovers an oil leak and tries to make a safe landing on a golf course. He missed, however, and took out 3 homes and crushed his collarbone, suffered broken ribs, 3rd degree burns on his hands and lung damage. 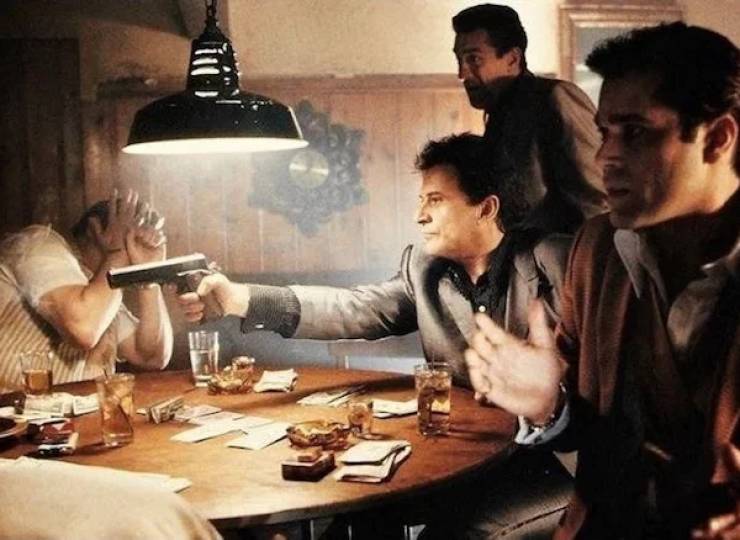 Tommy really did whack a fellow crew member over an insult

This Scorsese film is based off of a mobster-tell-all, with many of the names and identifying features changed. But not all.

In one scene, there’s a guy who forgets to bring Tommy a drink, so he makes him dance and shoots him in the foot. Later, he makes fun of the guy. When the guy talks back, Tommy shoots him.

According to former mobster Henry Hill (who the book was written about), confirmed that this event happened the way the movie said it did. 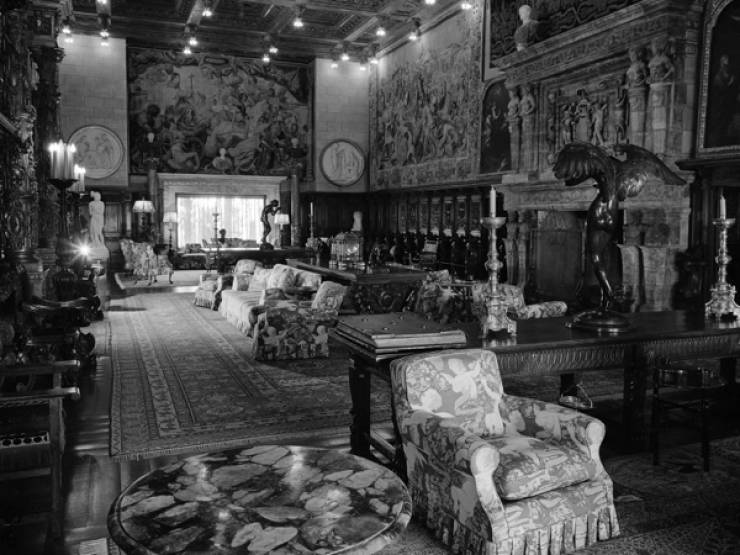 While it might seem like this massive mansion is a work of fiction, its actually based on a real place. As well, the film is based on a real person: publishing magnate William Randolph Hearst.

The actual Hearst Castle is located on 250,000 acres of land near Simeon, California, and has gardens, pools, terraces, massive rooms, 15th century painted ceilings that were imported from Europe and a zoo.

All the President’s Men 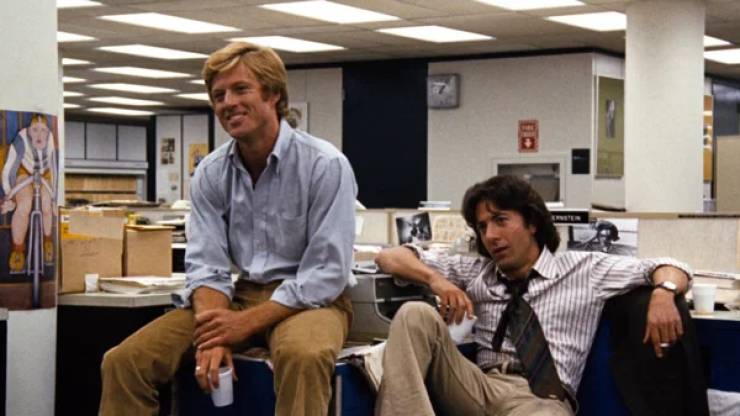 This is less about a specific scene and more about the entire film itself. In real life, Carl Bernstein and Bob Woodward broke the story while at the Washington Post. When it came time to write the film, they worked on the screenplay (albeit separately), along with proper screenwriters.

They also got the input of the editor of the Washington Post as well, to help create an accurate portrayal of the scandal. 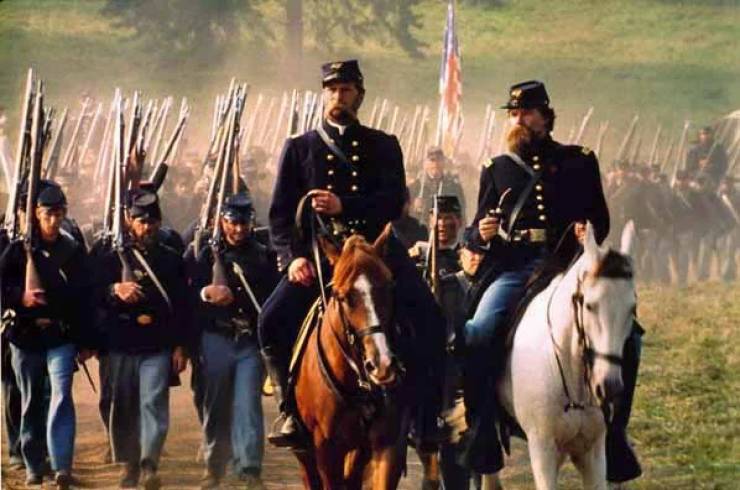 Between the attention to detail and the sublime casting, this film was 4 long hours of historical authenticity.

The filmmakers took great pains to make everything look as authentic as possible. 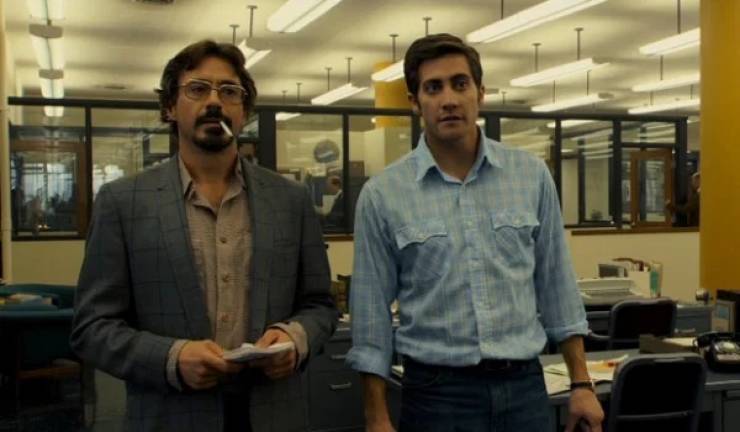 When categorizing all of David Fincher’s films, this one tends to get put into the boring pile, and it really doesn’t deserve it. It’s amazing. Fincher spent an inordinately long time researching this film, interviewing witnesses, family members, detectives and suspects, and essentially created his own case file.

Then he created the most historically accurate depiction of the hunt for Zodiac that he could. There is no resolution at the end of the film, because they never found the guy. That’s how committed he was to authenticity.

What kind of Hollywood film doesn’t have a happy ending?

Previous Woman Learns Her Cat Has Been Stealing Neighbors’ Laundry, Asks People To Identify Their Things And Shame The Cat
Next Wisdom, Anyone?