“Just moved to a new house, found this plastic tub of 3mm tiny balls hidden on top of a built-in cabinet.” 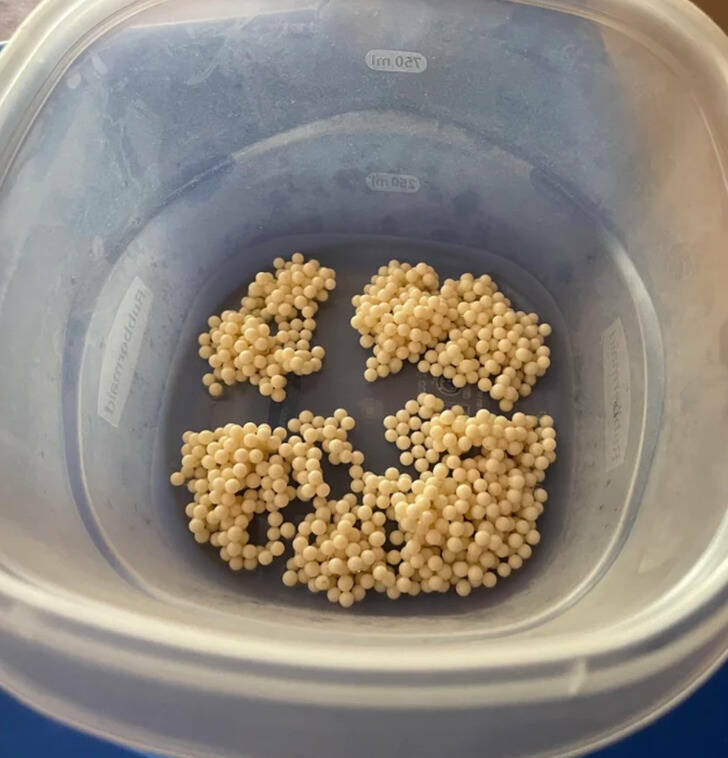 “Looks like dried-out Orbeez. Add water and let sit to see if they soak it up. May have had an odor at one time. My ex-wife used to use these with water and scented oils and they would soak it up and smell good for a few weeks and then you would just have to add more.”

“This gold arched decoration with a crystal in the middle — my wife found it at a Goodwill.” 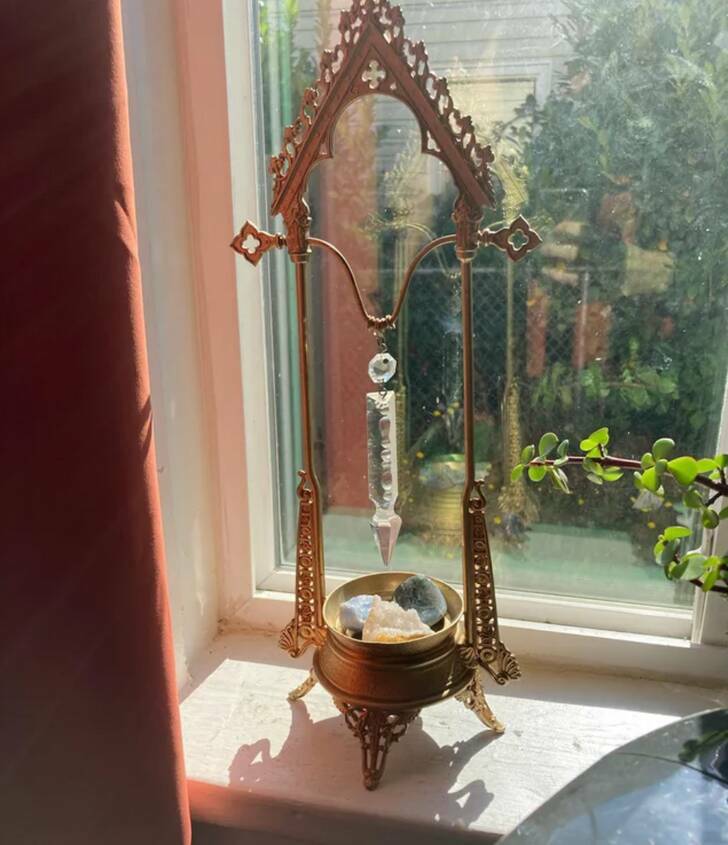 “I think it’s an incense burner with a crystal pendulum to stir the smoke.”

“Recently moved into a older house, and there are 2 of these ’outlets’ in the house with this weird device behind them, what is this thing?” “A red painted steel ball with light in it, attached to metal rods” 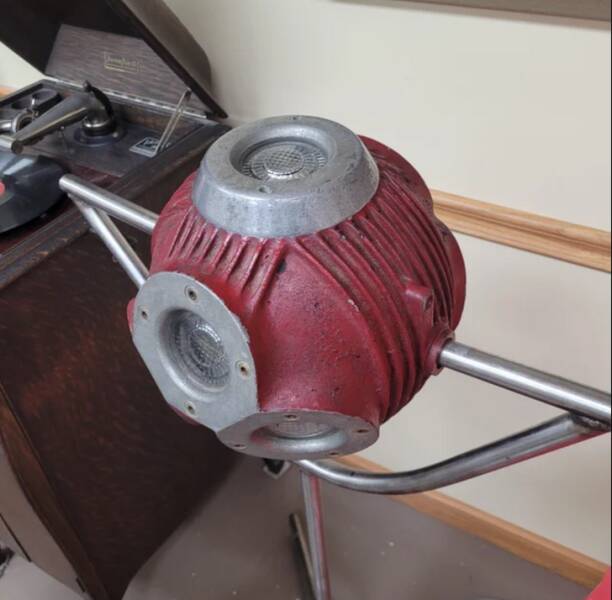 “My guess is it’s some sort of mining light.”

“It’s a little door by the toilet with a spoon-shaped device attached to a hinge. It’s in an older house from 1938.” 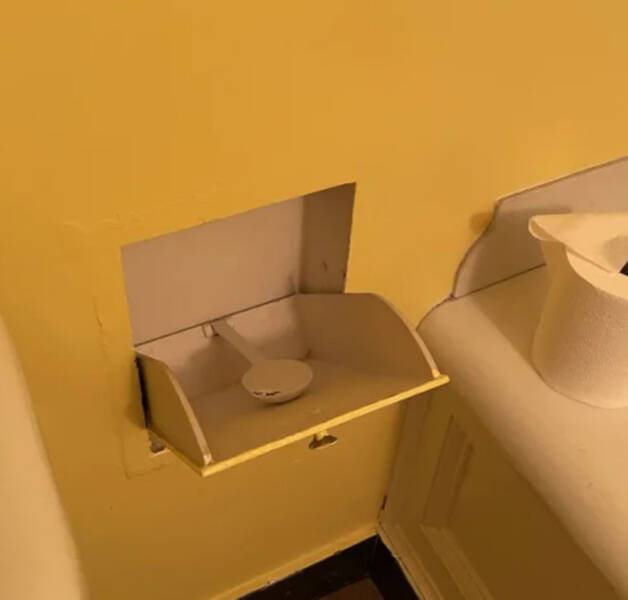 “It’s a TP dispenser. Not all were made on rolls back then”

“What is this cast iron tortoise?” 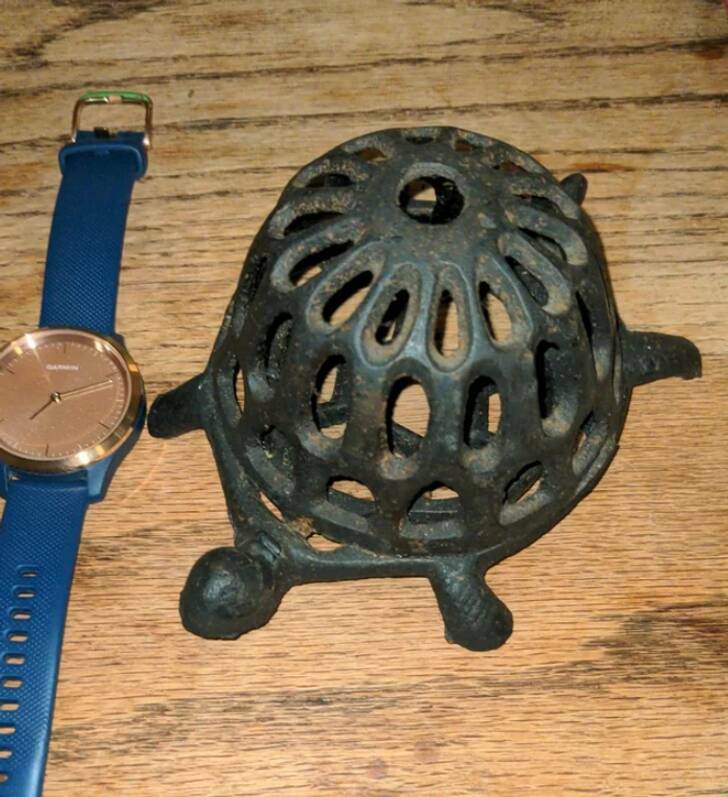 “What is this 1.4-meter-high wooden pole with platforms?” “Looks like a retail display tree (shoes, etc). But I’d slap some carpet on it and give it to my GF for her cats.”

“The end appears to be copper, and it holds together thick metal bristles that don’t want to bend. It was found outside at an intersection that a streetcar passes through.” 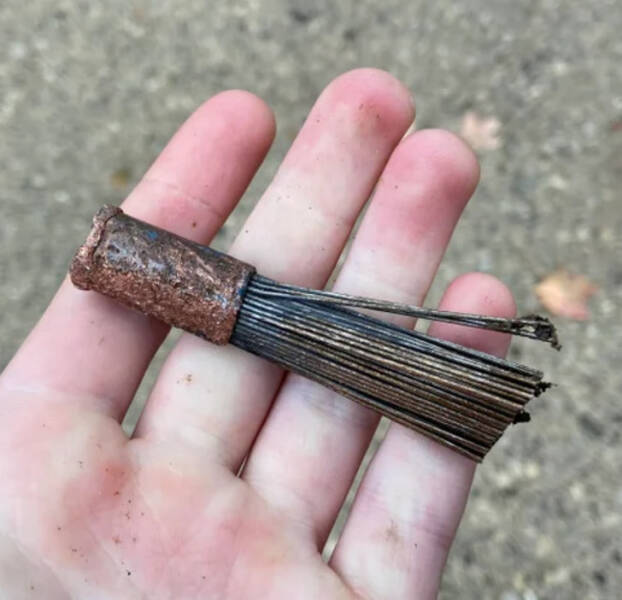 “It’s a brush contactor for the streetcar.” 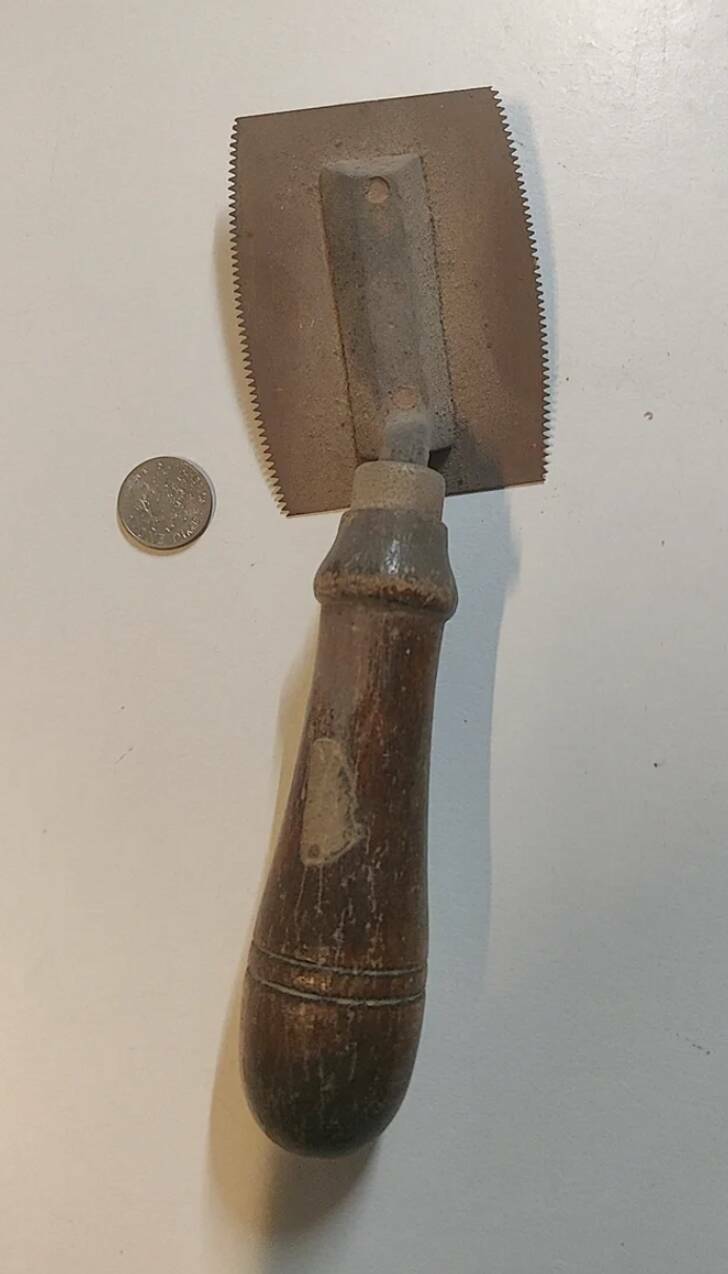 “It is a veneer saw. You use it to cut the veneer strips to size.” 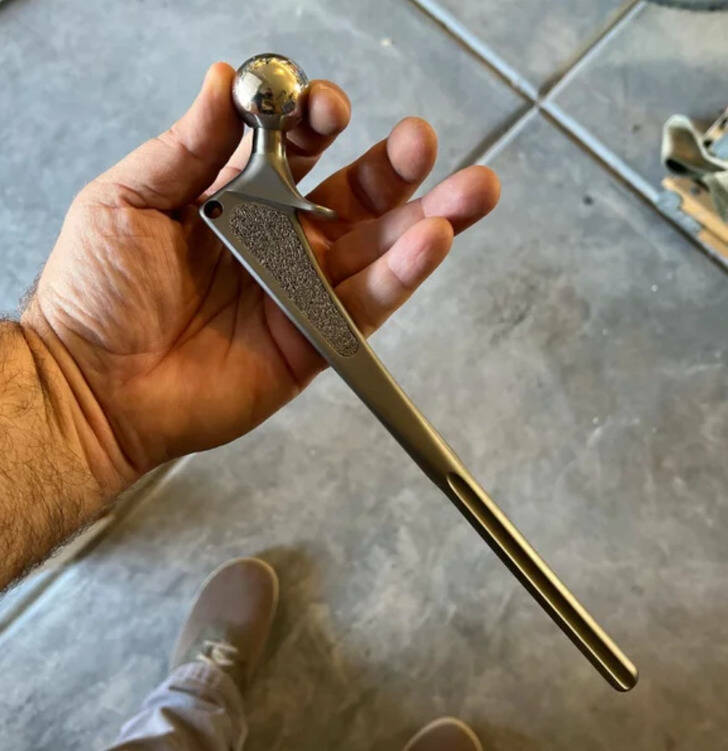 “It’s a hip replacement. My dad had one. The rough stuff on the metal is so the bone grows into it and secures it and the round part is the hip socket.”

“Plugged in and secured with a screw in my Airbnb” 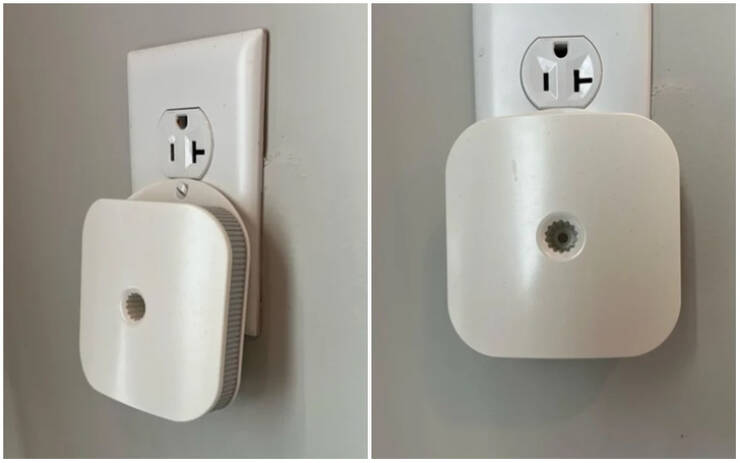 “It is a NoiseAware party detector.”

“A round metal object with no opening on top, the lever turned at one point — any guesses as to what this could be?” 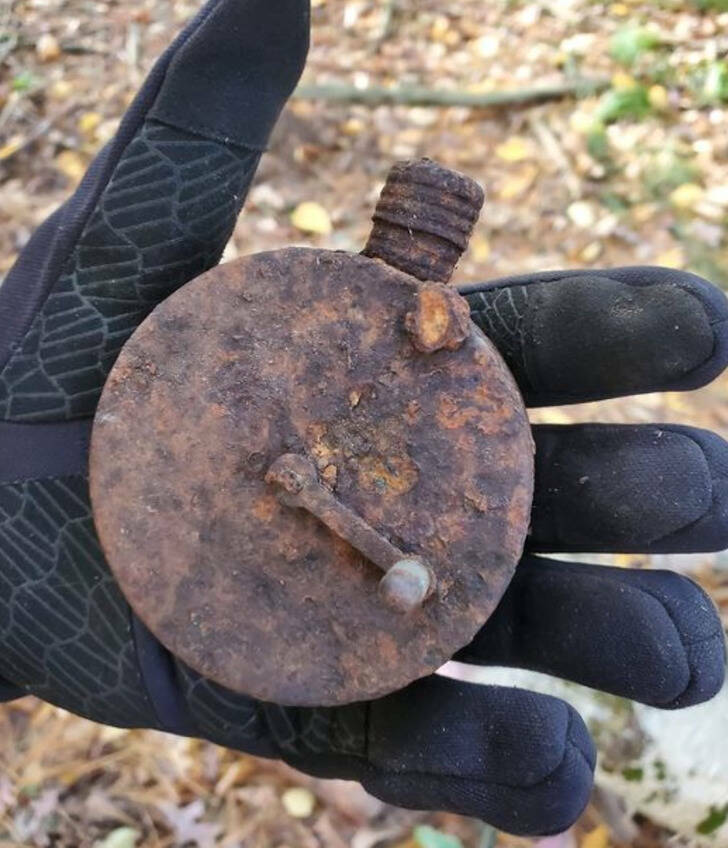 “It is indeed a chalk line.”

“Small 2-inch approximately terracotta-looking pot with something burnt in it. Found it at work.” 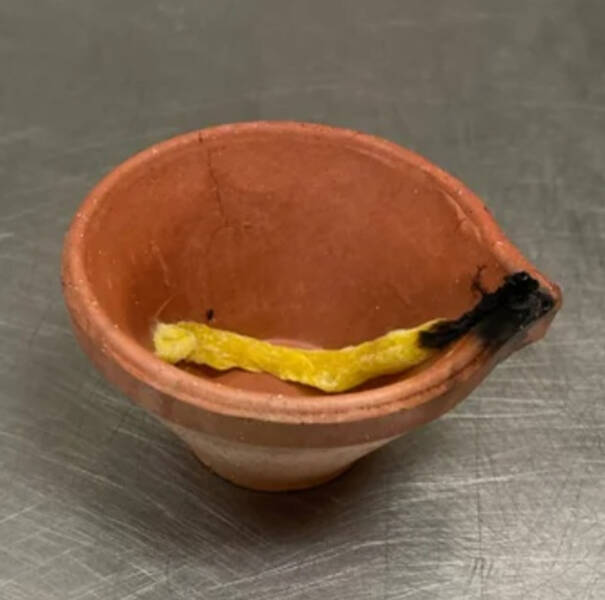 “This is a Diya. Yesterday was Diwali, the Hindu Festival of Lights. They light this Diya with this wick (of cotton) dipped in mustard oil/ghee and it lights very beautifully.” 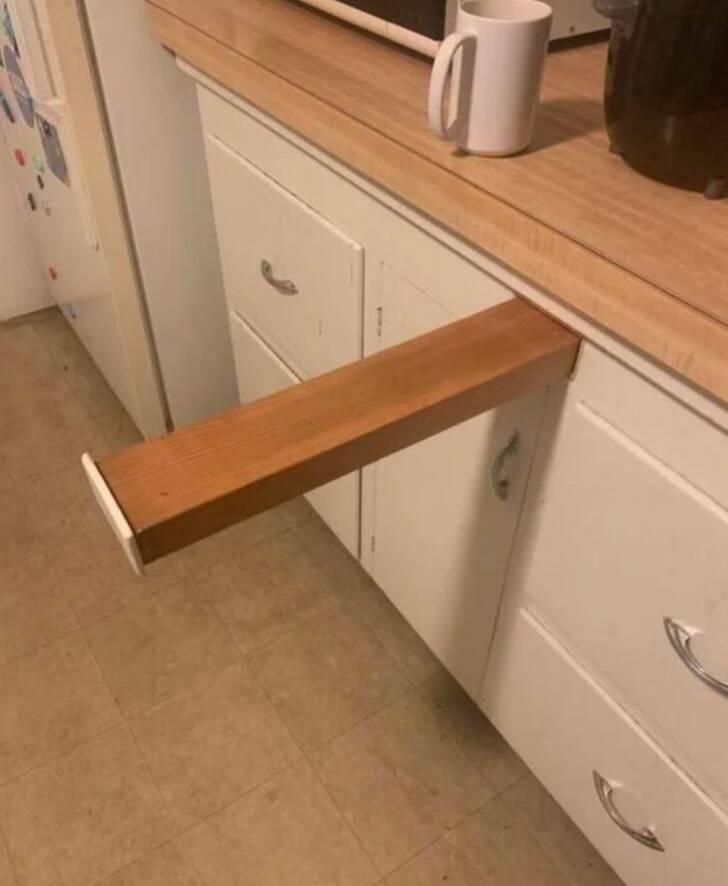 “I think it’s for attaching a mechanical meat grinder.”

“What is this beeping device inside my van’s glove compartment?” 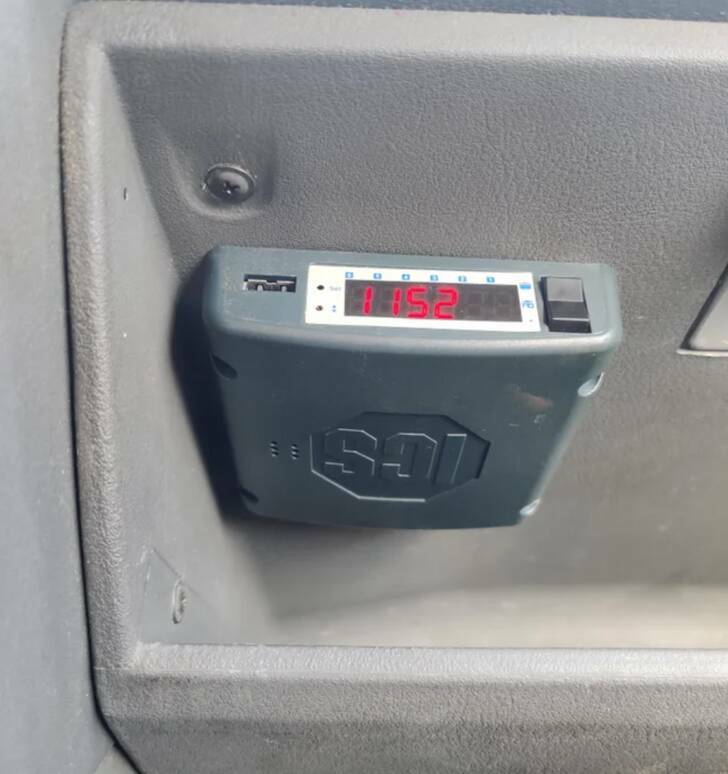 “Looks like a tracking device. Your van may have been owned by a company that tracked their fleet, or if you financed it, the lender may have placed the tracker in case you defaulted on payments. Unless you consented to have it installed, it’s yours and you can remove it.”

“What is this tool? The part with the hook opens and closes if you move it, no switch/grip to move it though.” 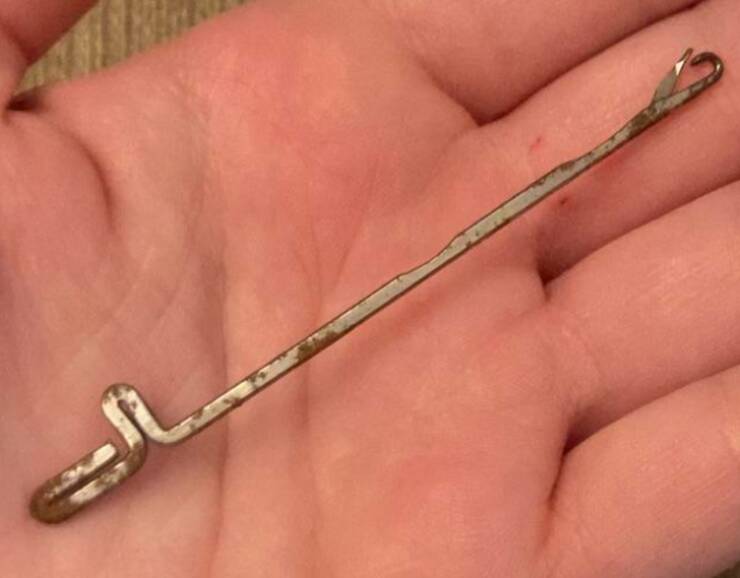 “It’s a needle for a knitting machine.”

Previous 20 Photos Prove That Owls Can Be Funny Too