This is a panoramic shot of a jaw. The man forgot to take his glasses off. 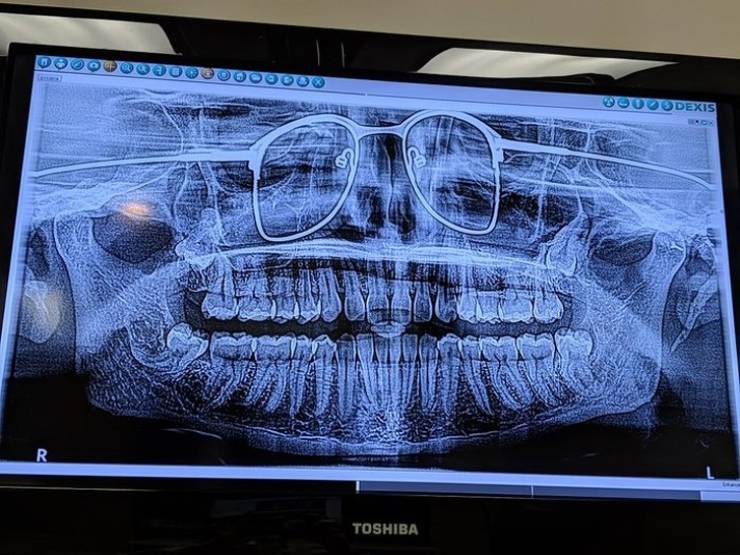 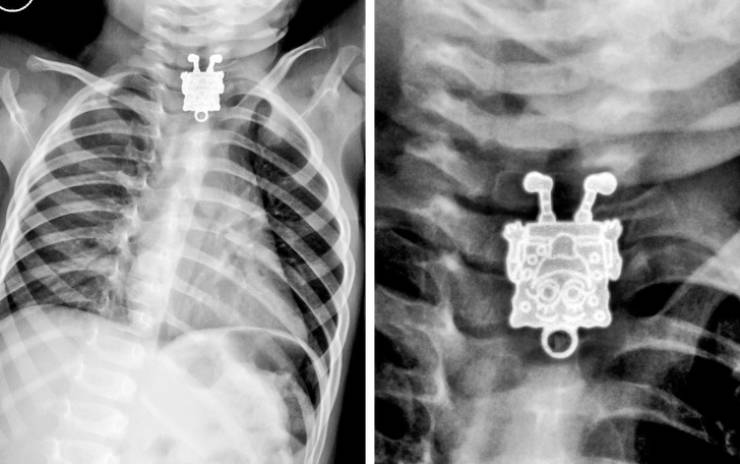 Tractography (a special MRI method) shows the nerve tracts that connect different regions of the brain. 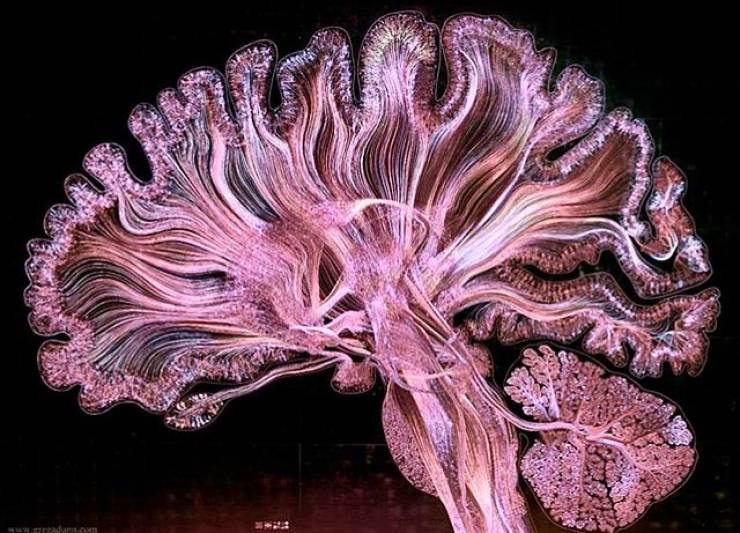 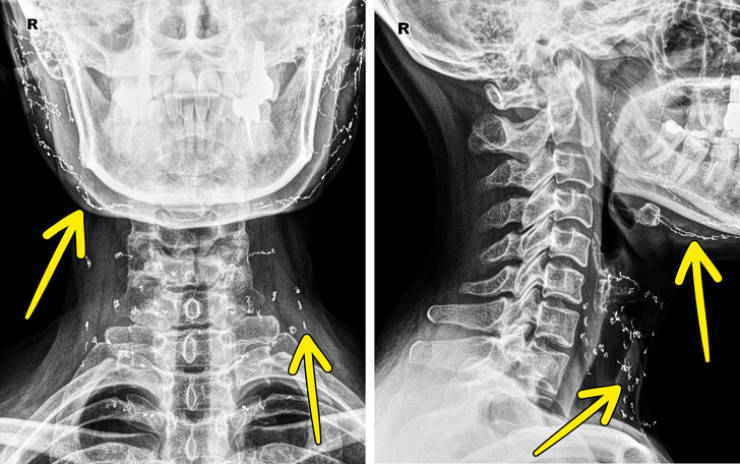 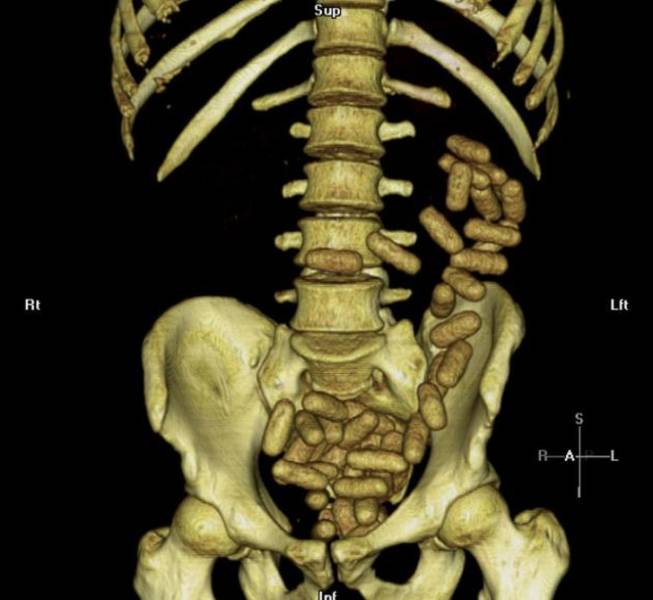 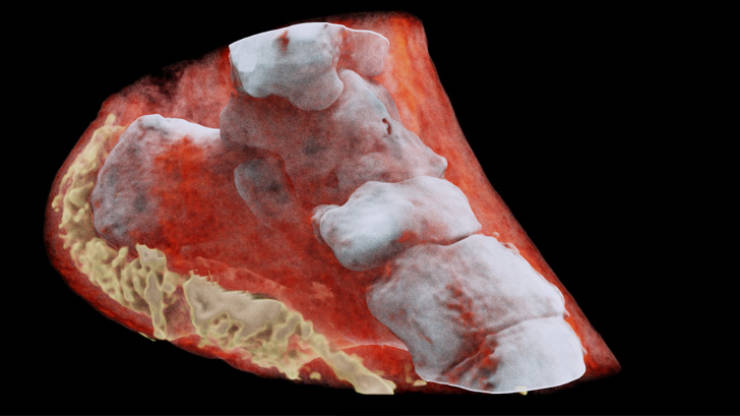 These are the blood vessels in the finger. This is why we bleed when we cut our fingers even a little. 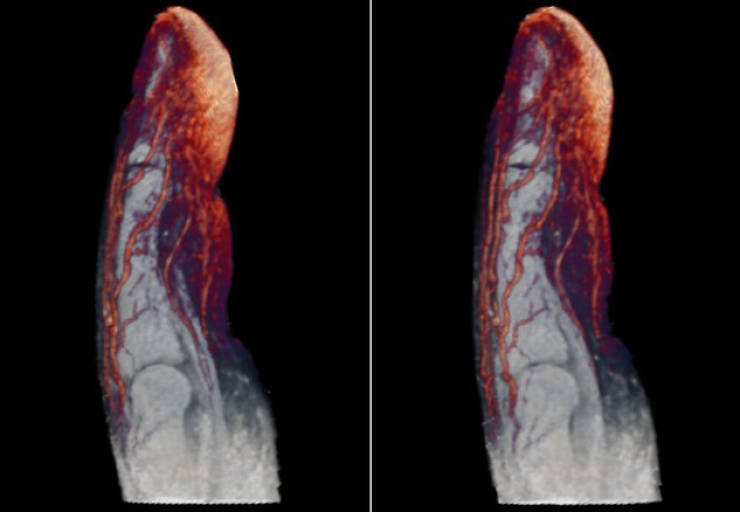 The aorta is the biggest artery in our body. 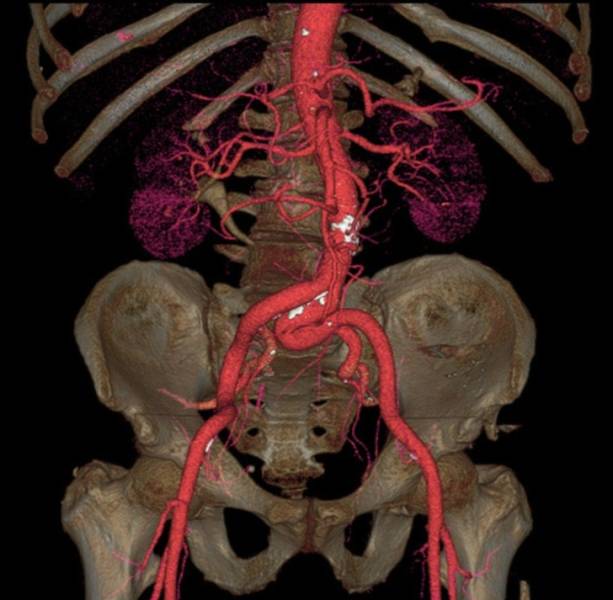 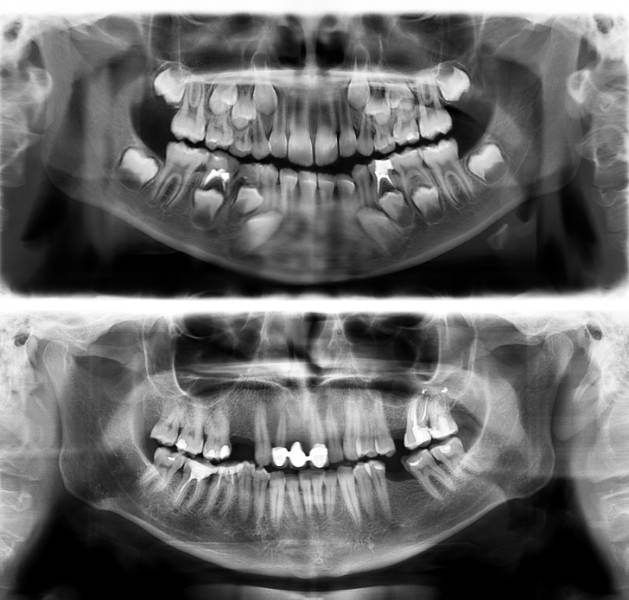 Bonus: Sometimes radiologists are tired of looking through scans and decided to make a joke

A patient-cosplayer got stuck in a stormtrooper costume. Actually, not really. 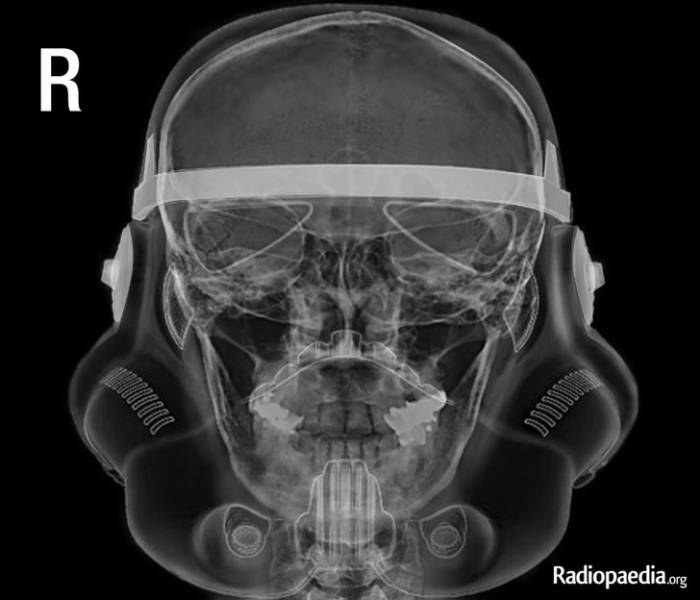 This X-ray of a human shows an implanted AbioCor Replacement Heart. 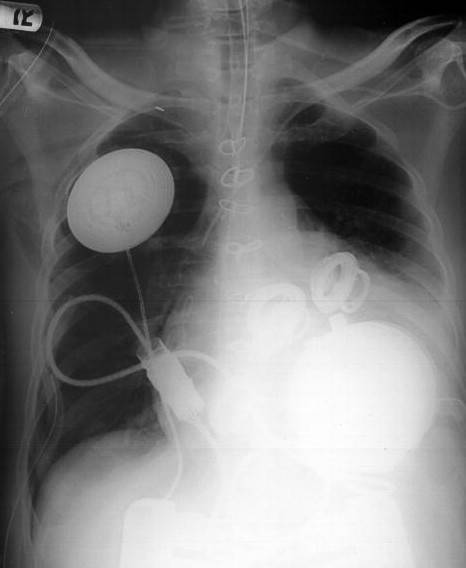 A woman with a baby in an MRI scanner 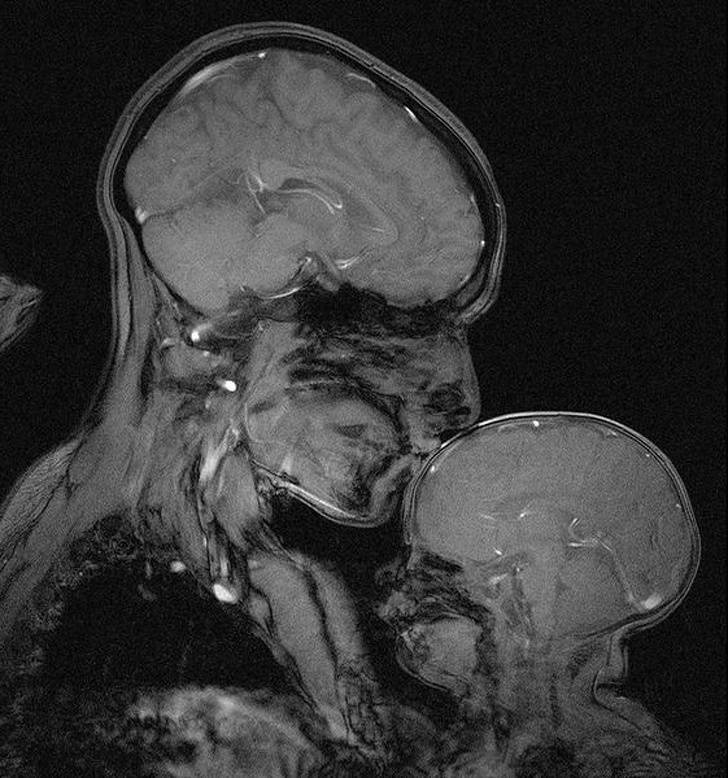 A woman put on a lot of makeup before her CT-scan. The machine scanned her heavily made up eyelashes. 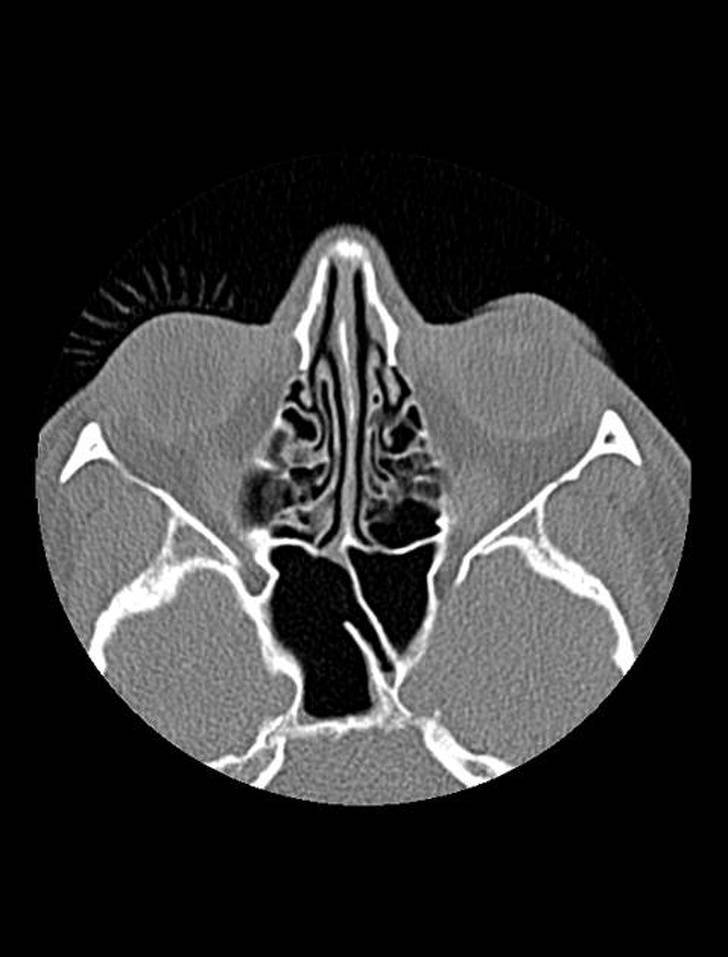 An X-ray of a patient that weighs 410 lb 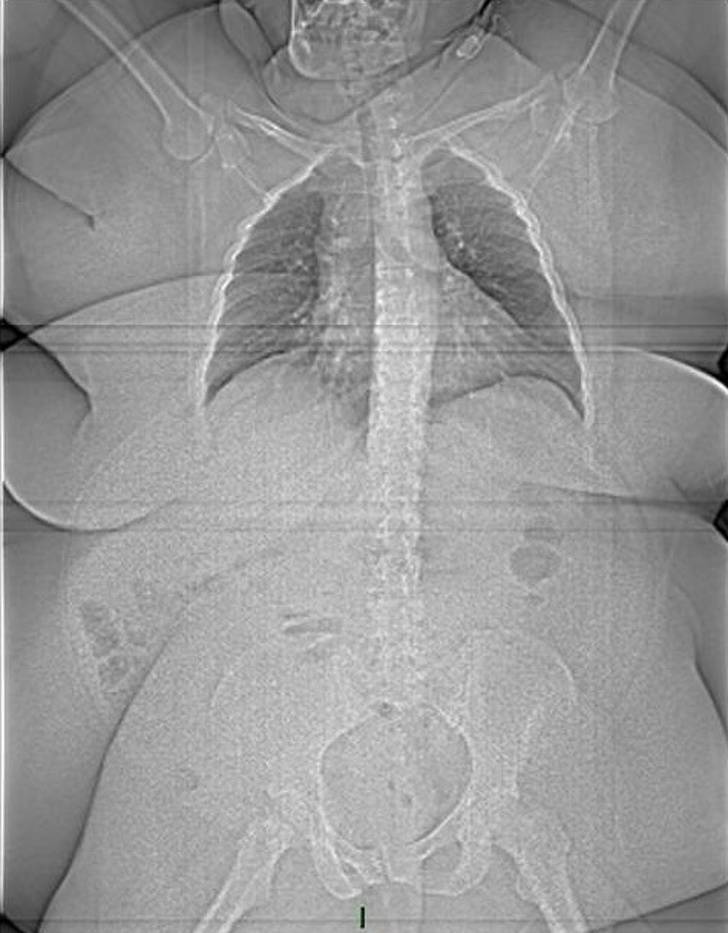 This shows alcohol-related vermian atrophy. Because of the alcohol, the brain and cerebellum have decreased in size. 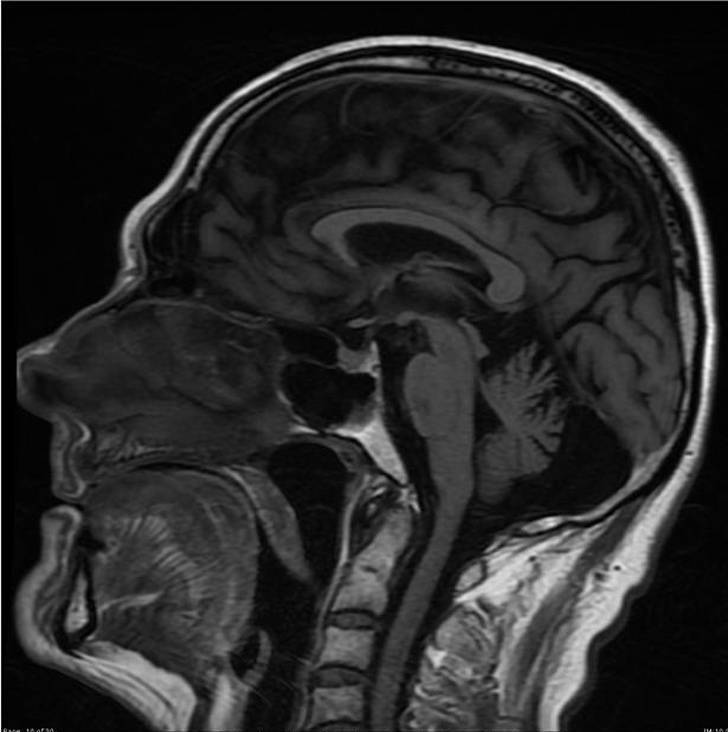 This is the mini nuclear reactor of Tony Stark in an X-ray. 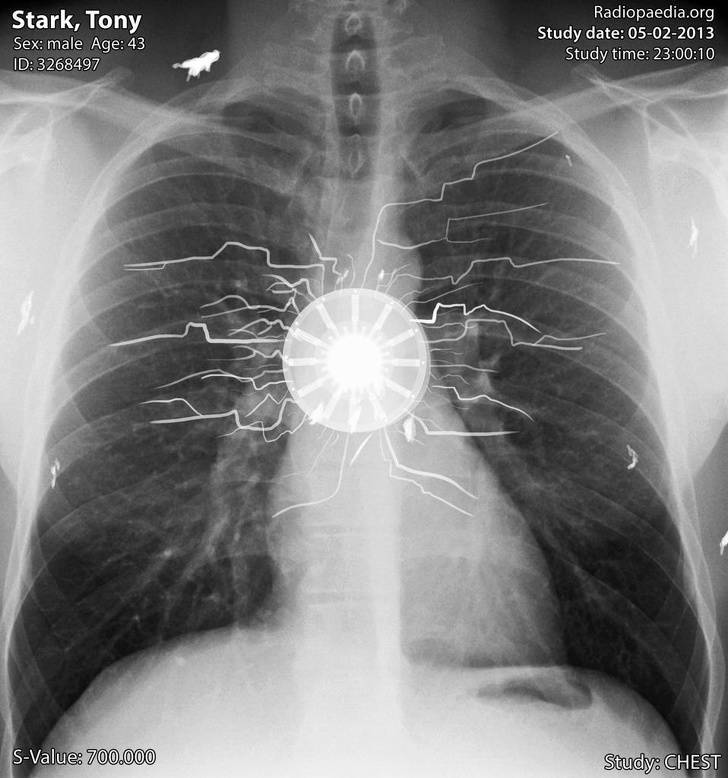