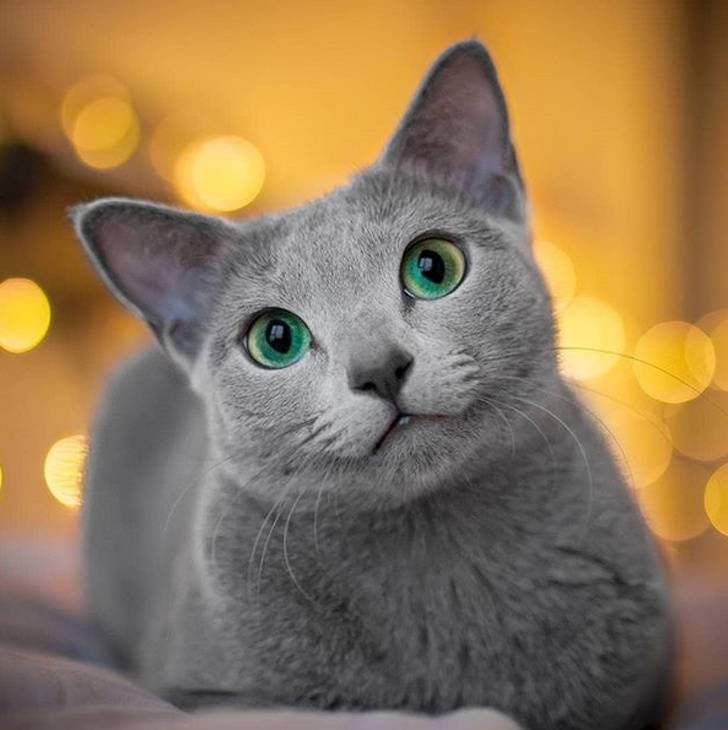 The Russian Blues are a mesmerizing breed with their silver coat and piercing emerald eyes. But despite their regal looks, they’re very soft-tempered and loyal to their owner, up to the point that they greet them at the door when they return home. 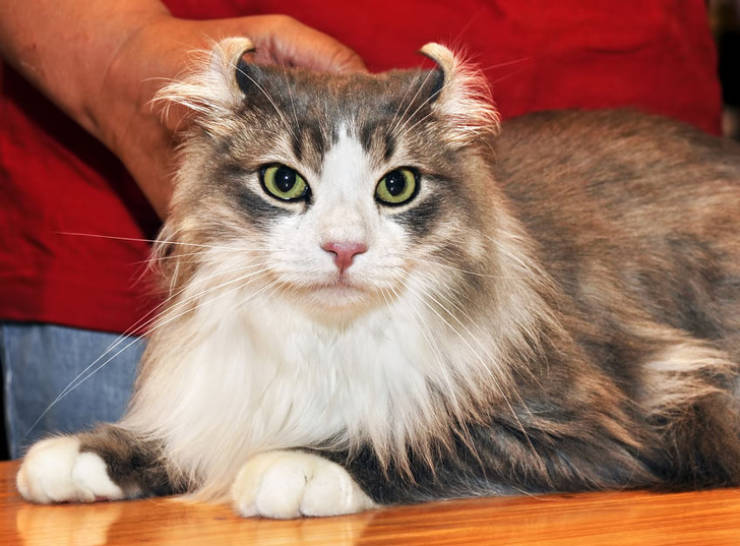 This breed is very active, so it’s necessary to provide them with enough space for exercise, because that’s how they maintain their weight. In addition, American Curls are quite sociable and take interest in people, allowing for a strong connection between the cat and their owner. Not to mention the cute feature of this breed — ears that curl backward. 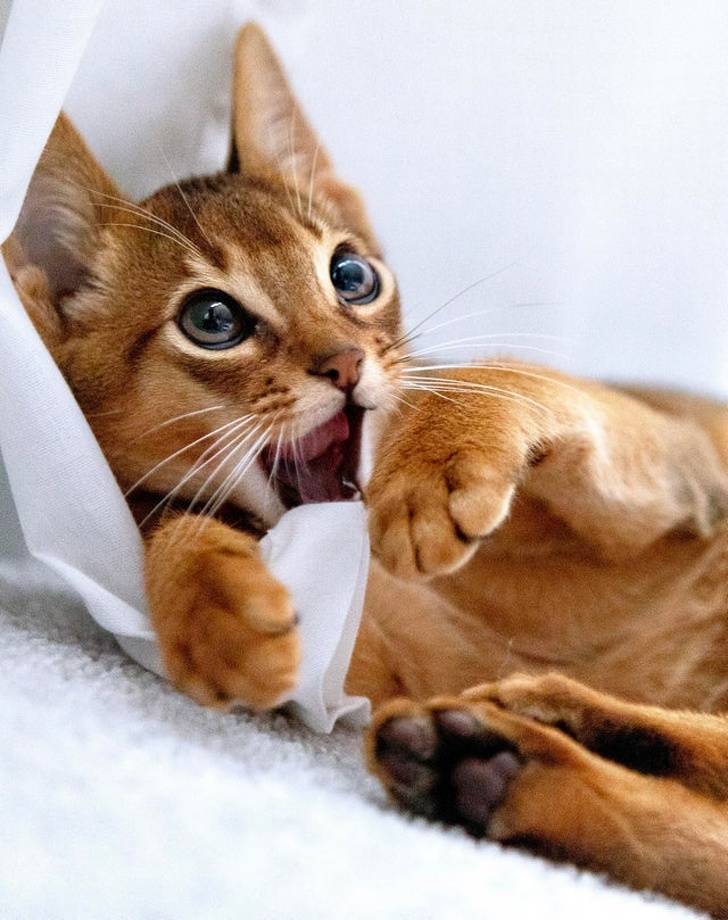 Yet another active cat that has prominent muscles and very unique depth to its color. Abyssinians love to play and are friendly with both people and other animals. 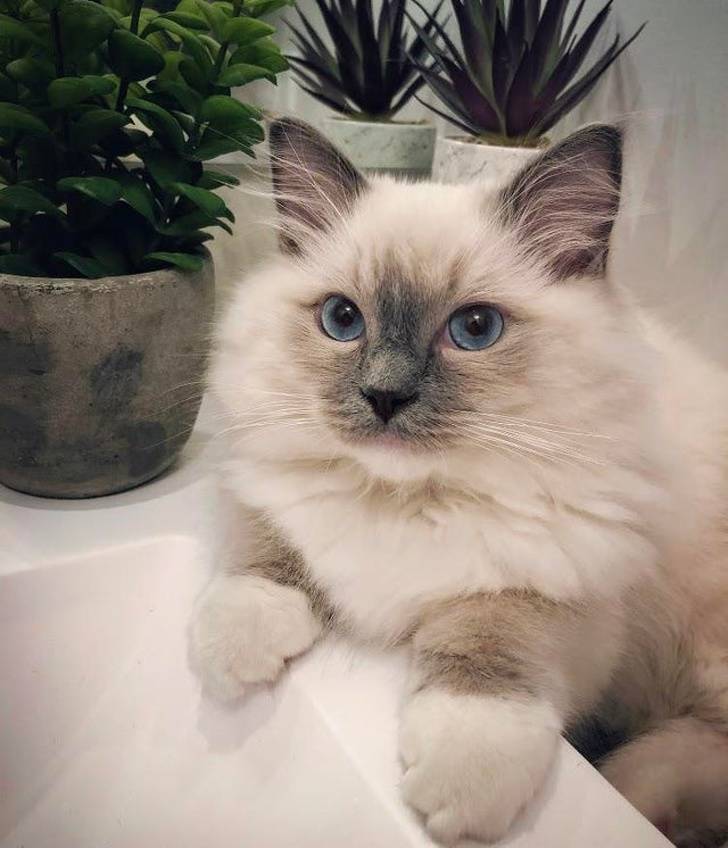 These softies have no issue living in an apartment and cozying up to all of the family members. As long as you brush a Ragdoll’s fur daily, this cat won’t cause you any other problems. 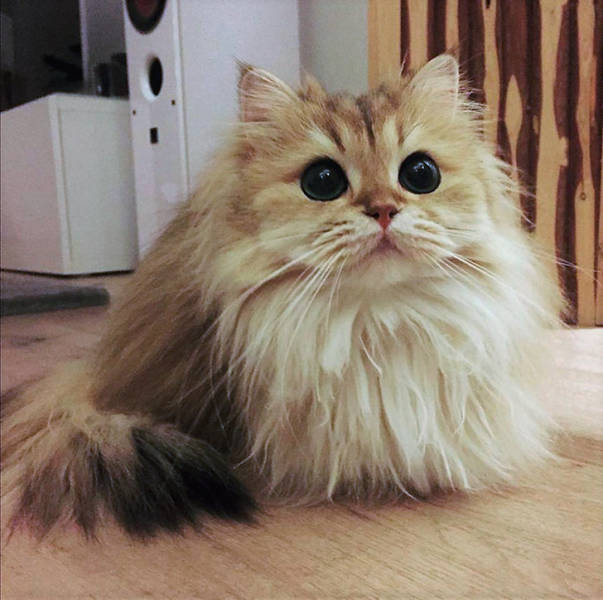 All you will want to do with this plush kitty is to hold it, but it’s not the biggest fan of being cuddled. While British Longhairs are affectionate and like to be around their owners, they don’t like being held. Still, they get along wonderfully with other animals and are very playful. 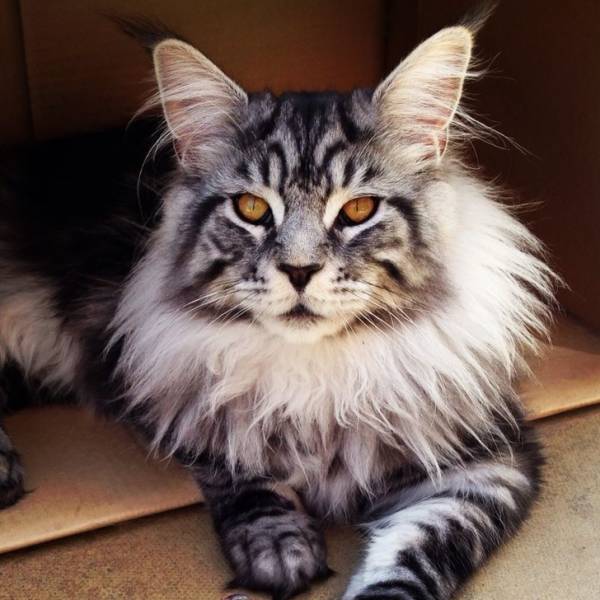 This tough breed used to live outdoors, but they slowly moved to barns and kept their homes clear of rodents. However, Maine Coons are very gentle and adaptable to their environments, despite their history. 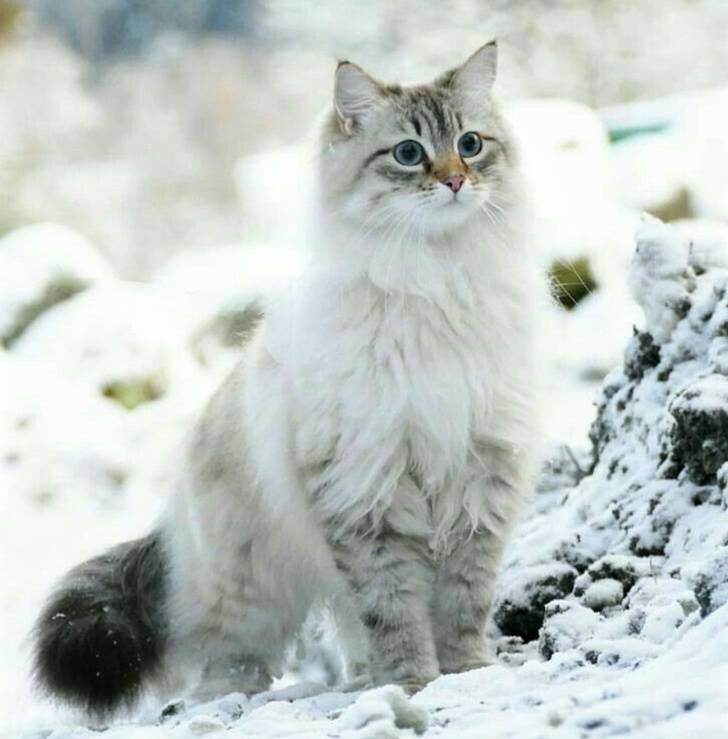 The Neva Masquerade cat is an absolute beauty, due to its white coat and the rare pigments of black on its head, tail, and paws. Their best feature though is their big blue eyes that you’ll easily get distracted by. 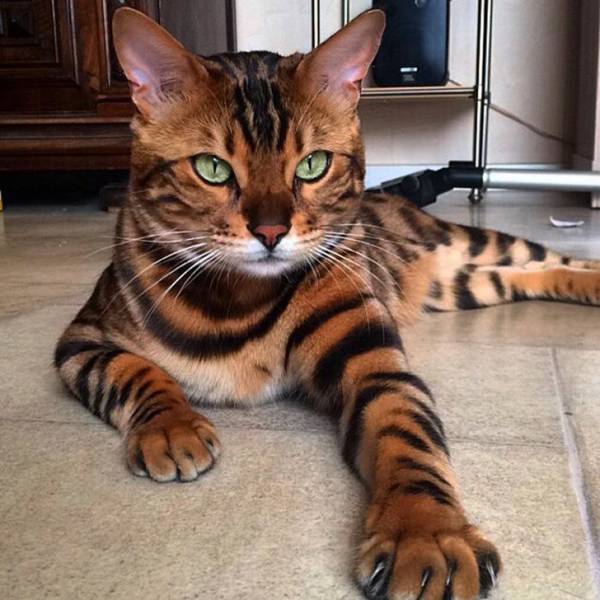 No, it’s not a tiger or a leopard, it’s a cat, and your eyes are not fooling you, they’re indeed very similar in their coloring. Some Bengals have stripes on their coats, while others flaunt pretty spots. This cat will be all about exercise, but will stop for an occasional grooming session. 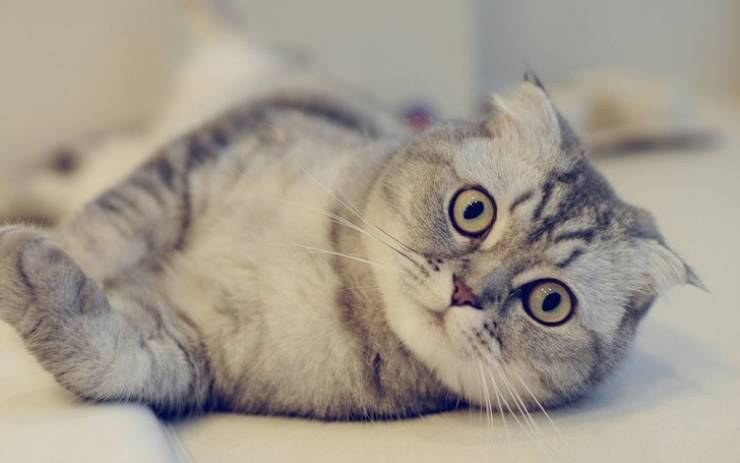 Now this is a breed that’d be happy to cuddle up with their owner. Scottish Folds are very affectionate, but be careful with their tail, if mishandled, it can develop a painful stiffness. 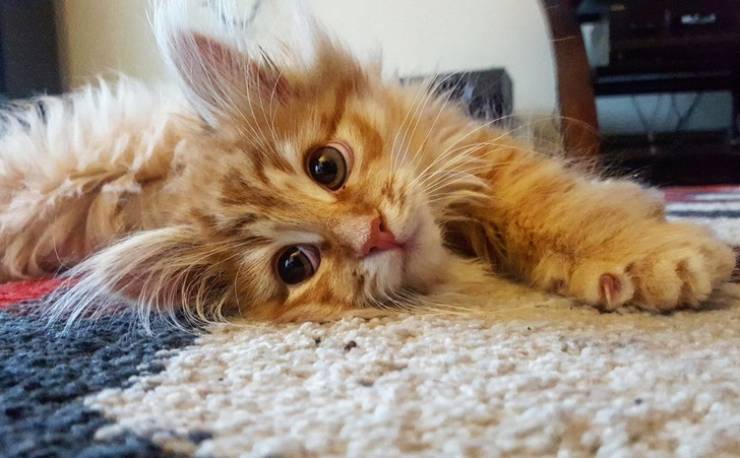 These sweeties don’t have a set color to their coat, it always depends on the individual cat. But their biggest advantage is their loyalty to their owner: Siberian Forest Cats will follow their family wherever they go and accept all the love and attention they’re given. 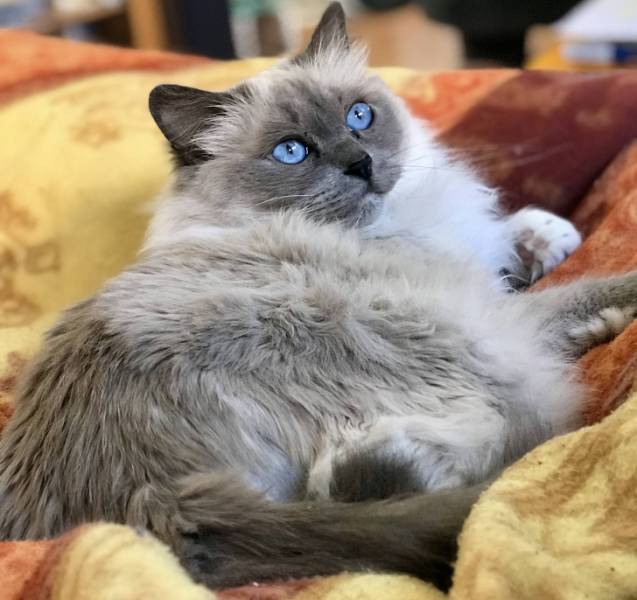 If you want a cat that’ll be just for you, then Birman is the breed to go with. They tend to attach to only one person and show themselves to be very private cats. Birmans will protect their territory, but will never show aggression to other people or animals. 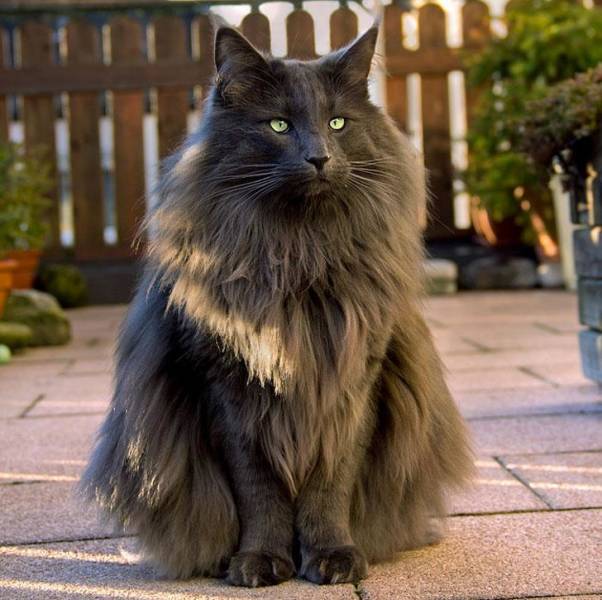 Similar to Maine Coons, Norwegian Forest Cats were used for hunting in the past and these 2 breeds also look a little bit alike. However, the Norwegians are quite loving and get used to their family quickly. 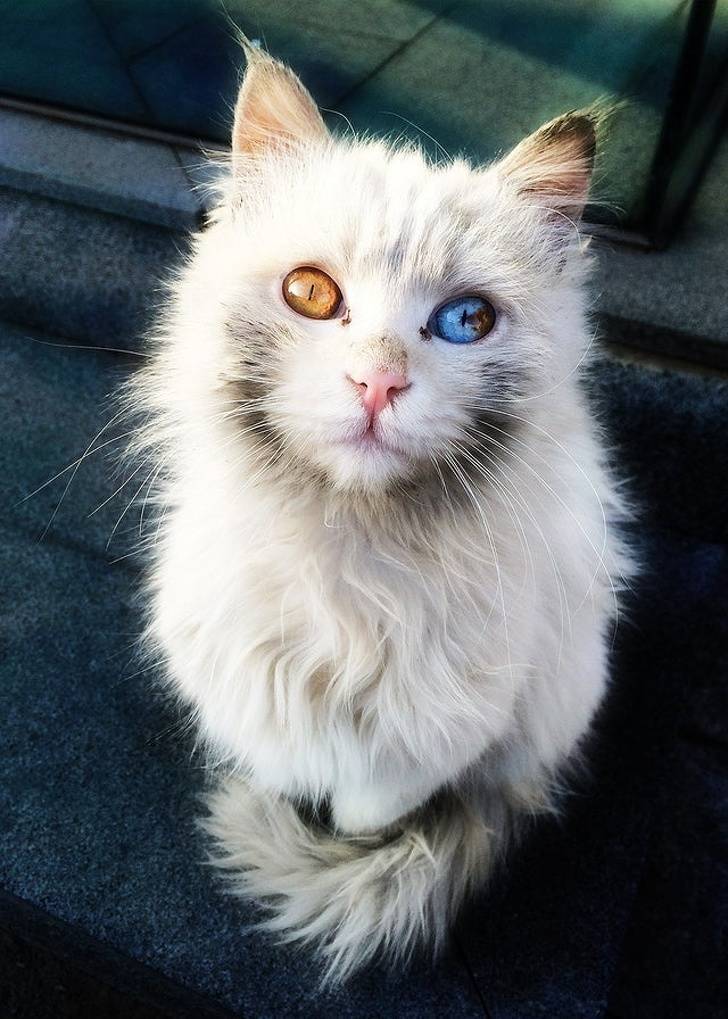 This breed is very unique and they often have different-colored eyes. However, if their eyes are blue or different colors, they might be deaf — or just deaf on the blue side, so you need to be very attentive with Turkish Angoras. They also don’t like change, so a stable home is the best thing for them. 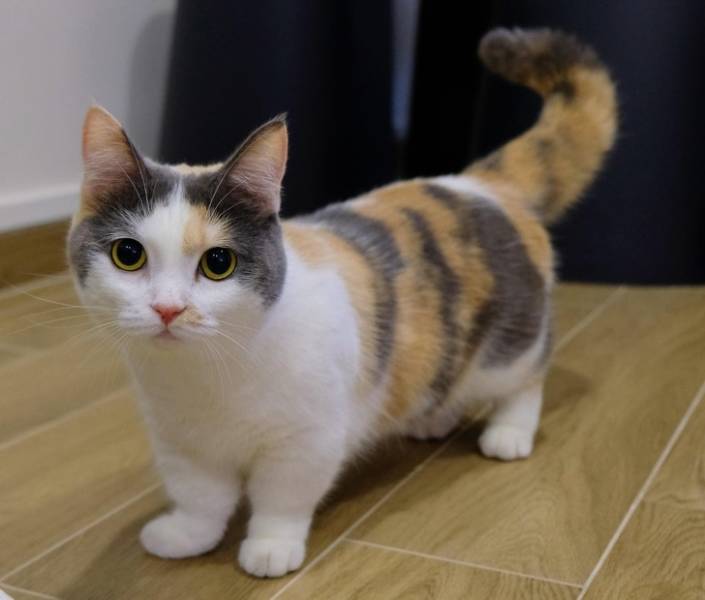 Munchkins are the Corgis of the cat world, due to their short paws and plush bodies. They’re real cuties and will cuddle with anyone, even dogs. But beware of their hoarding tendencies! 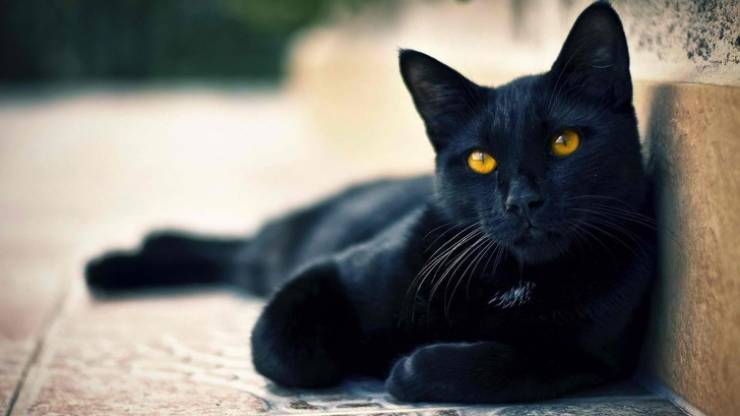 This regal breed resembles black leopards in both appearance and regalness. Bombays crave attention and enjoy being adored. In addition, they require a lot of exercise and balanced nutrition to prevent obesity. 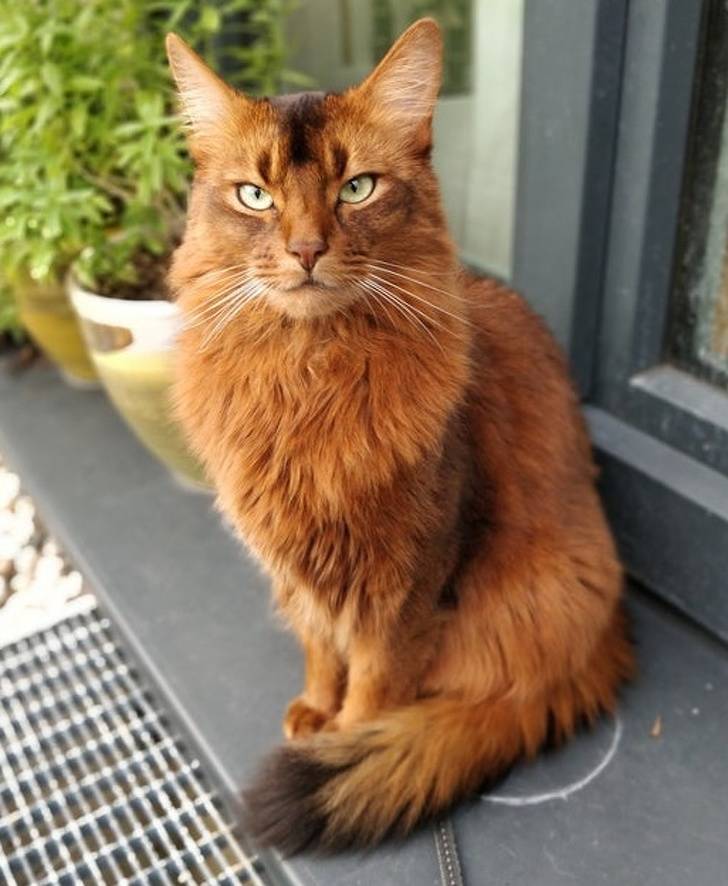 The interesting thing about the Somali breed is their very distinct and soft voice. They’re also quite friendly and playful. If you give them enough toys they won’t bother you, but don’t forget that they like human attention as well.

This breed looks quite elfish due to their butterfly ears and unusual faces. All that, paired with crystal blue eyes and you’ve got yourself a fairytale creature for a cat! The main thing to remember is that Devon Rex has very fragile fur, which shouldn’t be brushed. A gentle rubbing with some cloth is enough to keep them well-groomed.