“Spent several hours zealously arguing that my client was severely disabled and couldn’t work due to a back injury. It was so bad that the poor dude couldn’t even sit in a chair throughout the entire proceedings. Rest my case. Opposing counsel calls in a DEC representative who proceeds to produce record after record of my client’s deer hunting activities. He sat in a tree, in freezing weather, for many hours, shot and killed multiple deer, and transported their carcasses out of the woods all on his own. SMH”

“Learned while my client was on the stand that she had “a little bit of a drug problem.” She disclosed immediately after that she was going to fail the drug test the judge ordered because she had been a daily meth user for years. She was stunningly gorgeous, had held the same job for over 25 years, and was a rockstar mom to a kid with special needs. Unlike 90% of my clients, she was always on time, responsive, and did everything I asked. To date the only high functioning meth user I’ve met. But f@#k that hearing would have gone quite differently had she mentioned that to me beforehand.”

“Special Ed case. School district was supposed to be providing services to the child in the home. Clients told us the school district had never sent anyone to provide the services, they hadn’t heard from anyone in the district about scheduling, etc. Brought this up during a prehearing conference with judge and opposing counsel.

After the conference, opposing counsel sends me pages of affidavits and documentation of all the times the school district employees went to the house and were refused entry by my clients for various reasons (or clients just didn’t answer the door when they were clearly home). Clients had no explanation about why they lied to me. They fired us shortly after and I was not sad.”

“My client was badly hurt in a car accident and promised me he was never hurt in one before.

He was actually “hurt” in 44 prior accidents, all of which he filed claims for, which is how I found out when the mediator showed me the defense’s ISO report. The f@#kin look on my clients face lmao”

“I had a client charged with shooting and paralyzing Victim. He was ID’d by a woman in the house that knew him, but the witness was potentially biased.

“I told him we could get cell phone records to confirm that his phone was not at the scene of the crime at the time of the shooting. And if we could show that it was active (meaning he was using it) it could help cement his alibi. I also said, “but if you were at the scene, we should set this time not waived so the DA cant get your cell phone records.” Client says to set it time waived and get the records.

So… several months and a lot of work later… the cell phone records literally show him at the f@#king crime scene at the time of the shooting. It also leads to more evidence more directly linking him to the shooting. The records also managed to implicate his friend as being involved. It took the case from being borderline to a slam dunk for the DA.”

“As a solicitor, one of the most annoying things I’ve had happen was, after an hour-long consultation with an older couple about changing the husband’s will, the wife hands me a letter from his doctor which says the husband has dementia and does not have capacity to sign medical documents.

Like, you didn’t think that was a good place to start?”

“Client comes to me, with his new, wife, complaining that he’s been sued by his ex-wife for failing to pay a $5000 judgment to the ex as part of the divorce decree. Judge orders us to mediation. During mediation, ex-wife won’t budge that she wants the full $5k. Client claims he doesn’t have the ability to pay it.

New wife, in an effort to get her loving husband free from the clutches of his evil ex, offers to give up her large diamond wedding ring to the evil ex. Ex can keep it, sell, it, whatever, but Client had previously told new wife it was worth more than $5k, so it should be enough. Ex-wife agrees to accept new wife’s ring, subject to an appraisal. Maybe you can see where this is going…”

“Get a call 2 weeks later from opposing counsel, deal is off. “Why?” I ask. Turns out the ring was a CZ, worth about $95. When client met with me and I showed him the appraisal, he said, “Yeah, I knew that was going to happen.” I stared at him slack-jawed and said, “You knew?” “Oh yeah, but what was I supposed to do, tell my wife I got her a fake ring?”

“How about telling her, ‘no my love, I gave you that ring, and it is a symbol of my love for you, and that horrible b#tch will get it over my dead body. I’ll find another way to pay her,’” I said.

He looked at me and says, “Yeah that would probably have worked.””

“I had a client on a family matter, we were in court and I was going on about how being a father was the most important thing in the world to him and his ex pipes up and says ‘well, he never sees his other children!’

That being said, many clients leave out embarrassing things until they get called out on them. Please tell your lawyers all the facts. We’ve literally heard everything and really don’t care. Just let me prepare to explain that your weekend habits of cocaine and sex dungeons doesn’t effect your ability to parent.”

“Had a guy with a DUI. Asked about any criminal history, he said no. So I started the paperwork for ARD for him (it’s a first time offense program that seals the record and drops the charges once completed).

Get to the courthouse, talk to the DA, find out the guy had another DUI a year prior. Also was on probation from the first one still. His excuse for not telling me was the first DUI was made up and he wasn’t intoxicated, but pled guilty anyway. Unfortunately I ended up representing him for both bases, did not get paid nearly enough for the s@#t I went through, but I did manage to keep him out of jail so he could take care of his elderly mother. Made him give up his vehicles though.”

“Ok, here we go. defending a lady in a simple neighbor dispute. neighbors said she assaulted them with a hose and threatened their kids, case was pretty weak bc my client was an old lady and she adamantly denied everything. anyways, it’s just a small evidentiary hearing in front of the judge so there was no discovery ahead of time or anything like that. anyways, my client is on the stand, come to find out they have video footage of her smearing dog s@#t on their house, printing out photos of their kids and writing racial slurs on them (family was Jewish), and covering her house with racist signs (like, papering her entire house).

Needless to say my jaw dropped. client then perjured herself on the stand-they play a video where it’s obviously her, but she repeats “that’s not me” over and over. most painful court moment of my life.”

“Co-suspect was defended by another lawyer, who argued in his closing arguments that there should’ve been a police lineup during the investigation, since the suspects were brought into the station when the victim was still there.

Client turns to me and says that there had been a lineup and they were not identified. This lineup was about 30 minutes after the alleged robbery. Nothing in the file suggests a negative police lineup. We do trials based on written statements by police, they are hardly ever in court to testify.

I mention what my client said in my closing arguments, the prosecutor’s mouth drops and she becomes pale, hearing is suspended for further investigations.

Couple of weeks later, police officers are testifying in shame that they forgot to finish the report on the police lineup.

Prosecutors case is thrown out for irreparable harm to the trial.”

“Criminal defence (Canada). Talked to a client in cells. Said that she was hanging out at her baby daddy’s and then, as she was leaving, the cops came and harassed her, so she resisted, and that is why she is in jail.

Turns out she was getting aggressive with him and he kept trying to get away from her. He ended up calling the police. While he was on the phone with the police she starts beating him up. The police hear this and immediately respond. She was trying to flee the scene after beating her man up while he was on the phone with the cops because he was attempting to passively solve the issue, but she wouldn’t leave. Luckily she has no record, but, man, I felt bamboozled. I learned a healthy dose of skepticism whenever people told me things from there on out.

Ya gotta love it.”

“Divorce client came into my lobby one morning, panicked. She starts screaming about how the money was missing.

What money? I asked her. Apparently her and her soon to be ex didn’t believe in banks, as they kept a suitcase with close to $100k in a safe in their bedroom closet. One morning she saw the safe was open and the money was all gone.

Y’all have no idea how hard it is to trace and prove the existence of that much money in loose 100s, 50s, and 20s is. Cost her several grand in fees alone for how much work went into finding it. When if she had just told us about it we could have placed it into a trust account pending the divorce.”

“Eye witness had brain cancer and sometimes had trouble recalling details, dates, etc ever since the tumor was removed.

I found out the day before trial when I asked (somewhat as a joke, somewhat as due diligence) if they ever hallucinated or forgot their own name.” 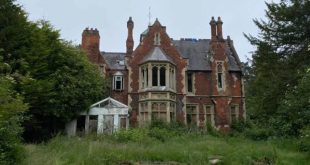 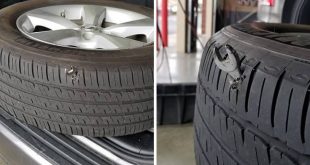 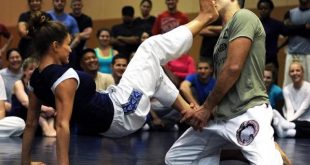