I’ve had stalkers follow me home. Creeps who tried to get violent with me at work. People who pissed me off.

I’ve also met some really wonderful people I’m fine with calling my friends. I just had a baby and invited two ex customers to my baby shower in June. 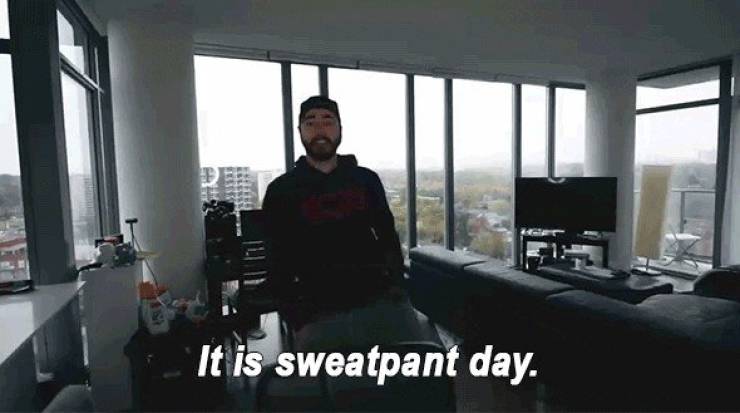 About as much as i’ve thought about the people I interact with in any other service job. sometimes guys seem lonely or delusional and that can be hard to deal with but otherwise as long as you aren’t smelly, prejudiced, pushy or wearing sweat pants you’re good with me. 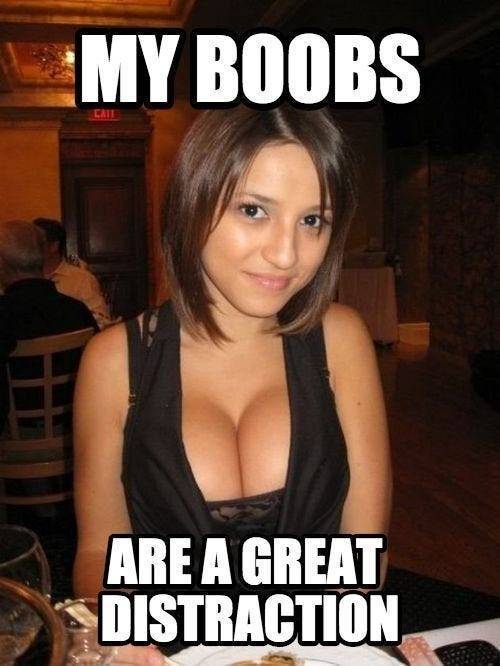 You get your share of creeps but mostly where I worked (a long time ago) a lot of young groups of guys just looking for a good time. Every once in a while you have someone who has too good of a time and gets rowdy and acts like an idiot.

Granted I only worked 2-3 nights a week, people who dance full time (especially during the day) have a whole different kind of crowd to deal with. But customers are generally all the same, just looking for something to distract them from life for a while.

Ex stripper. The guys that came in and knew the deal were great. Tip the girl on stage, get a lap dance, be polite. The worst were the guys that thought they were smarter than the strippers or that they could somehow game us. Like, one guy I remember went on a whole rant about how smart he was because he could tell it was all fake and the girls weren’t really attracted to the men. Uh, yeah dude, you’re a genius.

Or when they think they’re funny by degrading the women. It’s not funny and you’re the one that looks bad. Honestly, for the most part I didn’t think about the guys much at all. I was on autopilot most of the time and didn’t judge them any more than thinking who looks interested in a private dance or who was a douchebag I wanted to avoid.

I think nothing of them, which helps me build up the confidence to be naked in front of them. I have to literally view myself as superior.

My girlfriend used to be a stripper. From what she’s told me as long as you’re respectful and polite they aren’t thinking much about you at all. More likely to be thinking about what they’re gonna have for dinner later.

Ex-stripper here. There were a lot of customers who were lonely, or didn’t have anyone to talk to who would really listen to them. They figured out that they could come in and pay for company. I would sit at the table with one of my regulars for a few hours and just talk.

I made a point of showing that I valued them as a person and was genuinely interested in their conversation. He knew that he was taking up my time, and every so often would hand me another bill. I didn’t pity them, I respected them for figuring out a way to engage with other humans and satisfy their need for connection. 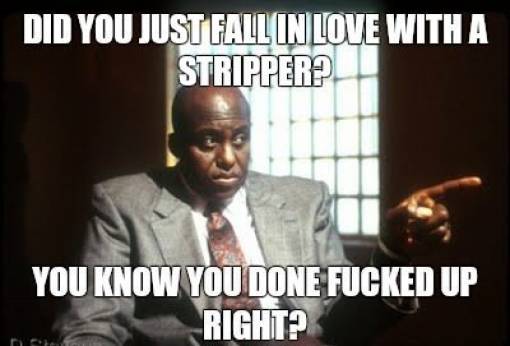 Longtime strip club bouncer. Generally depends on what kind of customer that person is really. The best kind is the dude who understands that it is all a game. They tip well, they are sociable and polite, may even be regulars with certain girls and are never a problem. The entire club staff loves guys like this.

The ones that the dancers hate? The “I don’t pay for dances” guy who thinks that line will somehow make him desirable for dancers? Captain Save a Ho, his trademark line goes something like “You are too beautiful/smart/amazing to be doing this, if you get with me you can leave this behind”. The pimps that go around asking the girls if they “Want to make some real money” are real pieces of s@#t as well. Then there was the ones that I really had a personal dislike for, the dudes who would try and wait in the parking lot at the end of the night. 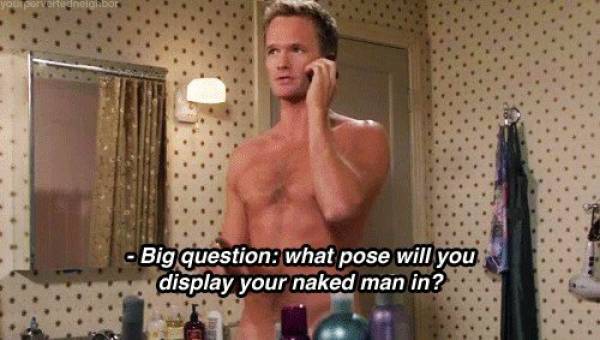 I’ve dated like 4 strippers, some for a few years. I think their opinions were mostly that the dudes were chill. There were the “he tried to shove his finger in my pussy so I broke it” nights, the “he got a champagne room for 3 hours with 3 girls and fell asleep so we got drunk” type nights. Indian dudes seemed to do the weirdest s@#t.

A couple dudes just got naked in the lap dance booth or champagne room and got kicked out. One my girlfriend said she left for less than a minute to check in with the bouncer and returned and the dude was naked and had nicely folded his clothes next to him. Weirdly sweet but horrifying. They threw him out naked.

What struck me was how many older, lonely, divorced, widowed or single guys desperately “needed” to be around female energy. They were all so sweet, polite, courteous and more often than not generous (if they could afford it, some couldn’t and that was fine too).

I always got the impression the came to our place because it was there. We could have been selling ice cream wearing 50s housewife attire and they still would have showed up. It wasn’t about the skimpy clothing at all to these guys…just the chance to be around women who knew their name, their job, their story, etc… 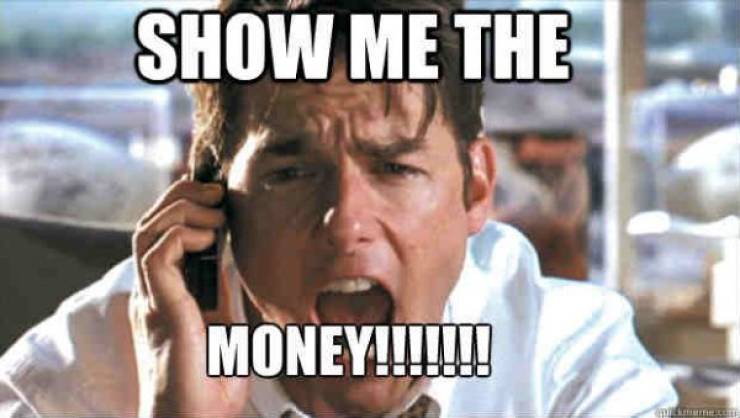 Honestly nothing. Unless you do something disrespectful to me I won’t even think about the guy twice. I just want to make my bread and move on.

It’s boring. The conversation with customers is torture. They all say the same things dozens of times a night. They tell you how beautiful you are, blah, blah, how lucky some dude would be to have you. rolls eyes.

They ask the same questions. “What’s your real name?” “Do you have a BF or husband and what does he think of you doing this?” “Where are you from?” like we are at a church social. Jesus, we just want your cash, not to get to know each other. We’re not on a date.

Also, we hated The Regulars. They would buy one beer and sit and watch but never buy dances. We would give them mean nicknames. One guy was plain looking so we called him “Brown Hair.” Working at the club is one of the rare times a woman is NOT actively looking for a man. Strippers see customers as walking wallets.

I loathed the dudes who would come in on day shift, creepy lonelyhearts guys who would want to talk about how ‘hot’ your vagina is. As if hot girls dress each other, and talk about being hot in the hot tub. It was then that I realized our society had been ruined by advertising.

I had another gentleman ask me if I ever look down and play with my own boobs for fun. I told him the truth, they are glorified shelves and crumb catchers, once my kids were no longer babies.

I dated a stripper for a while. We were 18 and she looked super young. She liked some of her regulars, but she would often get married guys in there and she absolutely hated them (not that she wouldn’t take their money) because she wanted to just have fun and not worry about ruining people’s marriages.

She also disliked the people that were old enough to be her dad because there were a lot of old creepy people who would proceed to show her pictures of their kids who were around her same age. 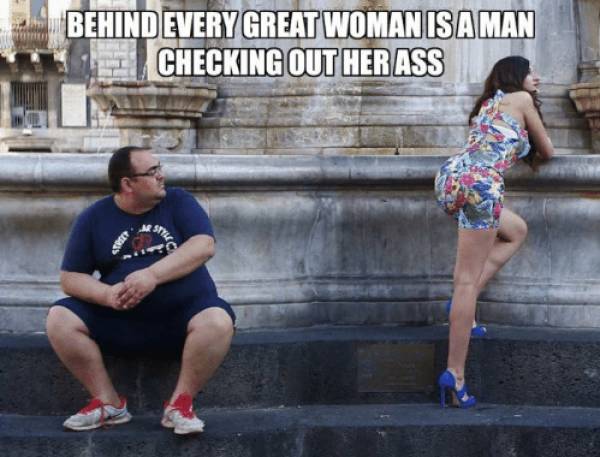 Being a stripper helps you realize how many men can be sexually attracted to women, but still hate women. It makes you nuts. And we really do just want you to be happy.

Most of the people there are just coming for a good time. You get your occasional creeps who you’re giving a lapdance to and they flat-out try to shove their hands down your front but it’s all fine and dandy, there’s always a bodyguard just around the corner.

The one thing I love about working at my local strip club is the younger ones who are always so shy and timid. I was giving a lapdance to one boy with the cutest little face and he didn’t know he was allowed to touch us (everywhere besides the coúchwa and a$$hole), so when I took his hands and set them on my ass he started freaking out a little bit by stuttering and saying stuff like “is this allowed?” and “I don’t know about this”.