17 Things That Changed A Lot Throughout The Years 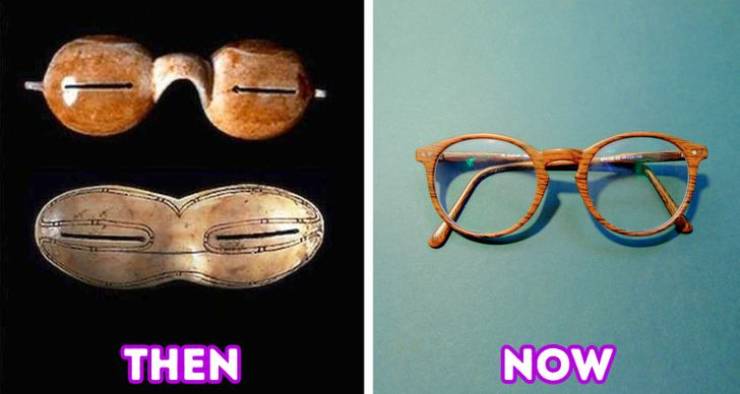 The most ancient eyewear in the world wasn’t, surprisingly, intended to improve your eyesight. The so-called “snow goggles” were invented by Inuit and the Yupik peoples to protect them from snow blindness. They were made by adding narrow slits for eyes in strips of bone, wood, or other material. 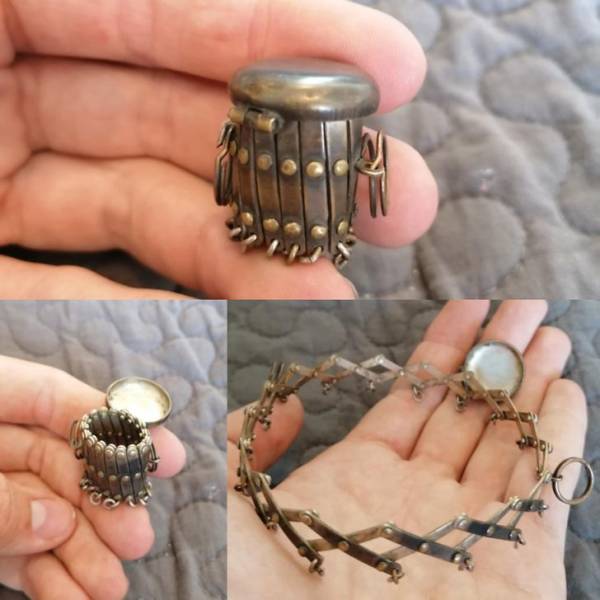 It’s not the zipper in a modern sense, but still a fastener for a purse or small handbag. It consists of an expandable frame with loops, stretching when you open your purse and shrinking when you close it. 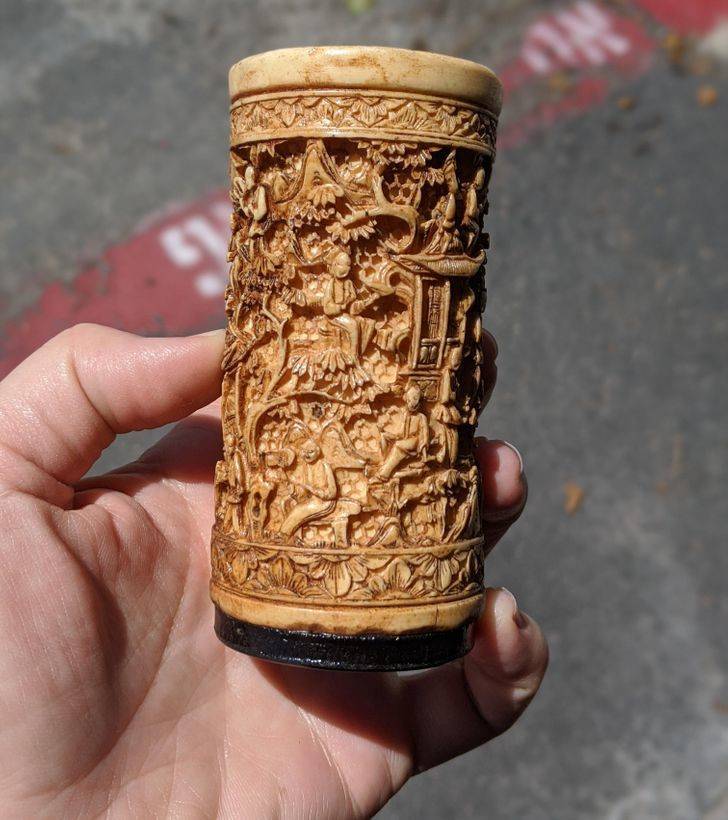 Try putting a handle to the upper part of a burr grinder in your mind and blades inside — and you will get a perfectly modern mill for coffee or pepper. 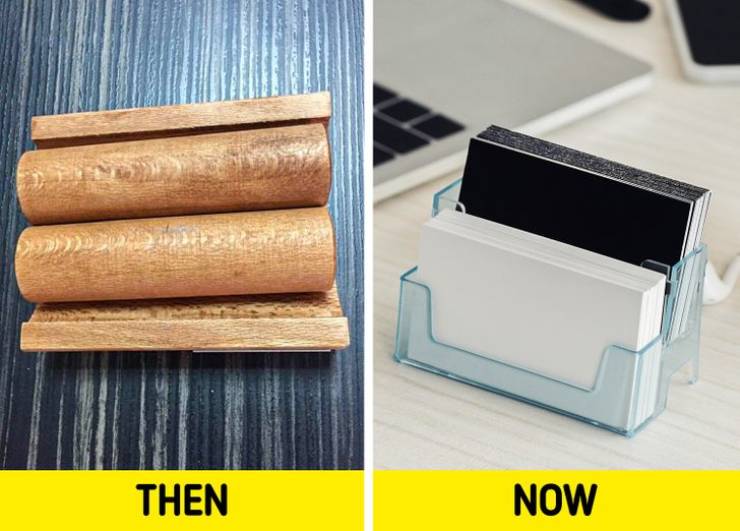 This is how business card holders and displayers looked before. You would put the piece of paper between those wooden rolls, so they would act as weights to keep it tight in place. 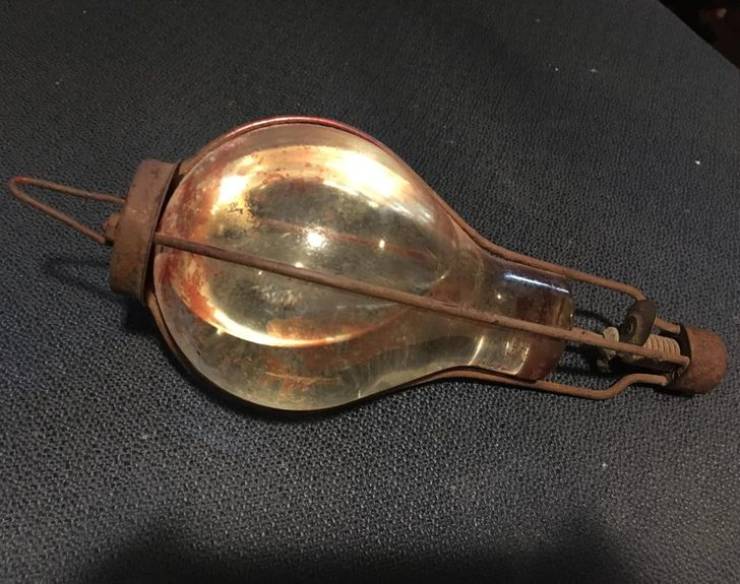 This stuff is much less safe than our modern ones. Its glass bulb contains an extinguishing gas, intended to be thrown at the flames in order to put them out. However, the fumes it releases are extremely toxic for people. Even such modern things as computer parts have changed drastically over time. This is an 8-bit data chip, responsible for the computer’s memory. The end that the hand is holding is actually the head of the scoldering iron and it’s usually made of copper. The other end would normally have a wood handle. They put out a lot more heat than the modern ones. This ornate grey box has a glass lens apparatus and electrical wires inside. It’s an old-style projector in which the slide sits in front of the lamp between the brackets. A combination of lenses and a light source are used to enlarge the images on the glass slides and project them onto a wall or screen. 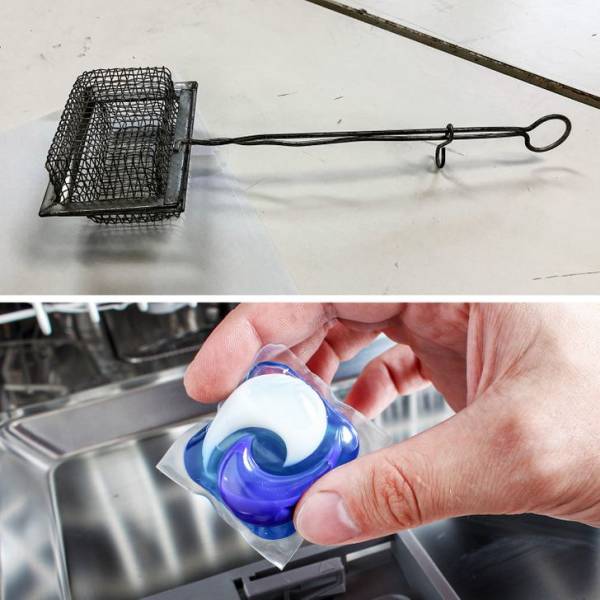 Small scraps of soap were put in the cage and shook under hot running water when people did dishes by hand. The soap saver was swished through the dishwater to made suds. Great for washing the dishes, hand washing delicates, or even bubble baths. 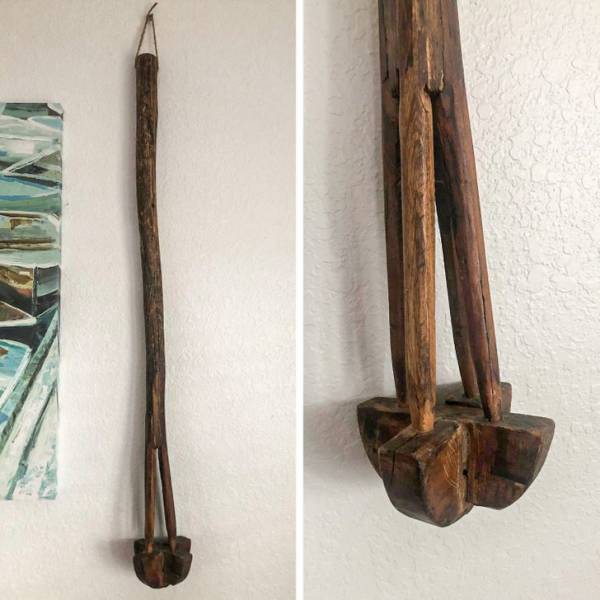 The agitator for an old wooden butter churn helped to turn raw cream into butter. Electricity and machines have made them mostly redundent, but they still are used in remote rural places. They go together with an iron wall and an iron floor stand. 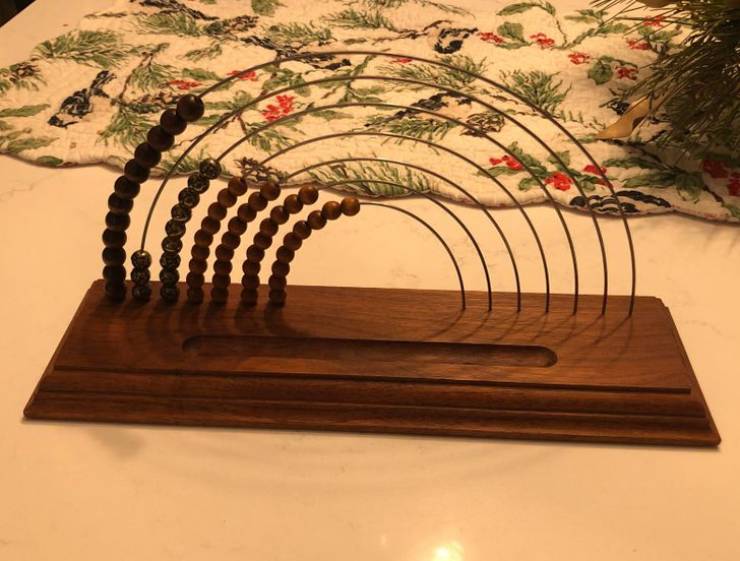 It’s an ancient Himilayan calendar, which works quite differently. The largest ring with 12 beads is the month, the next two are the days of the month (3, then up to 9), and the last four are the year in four digits. 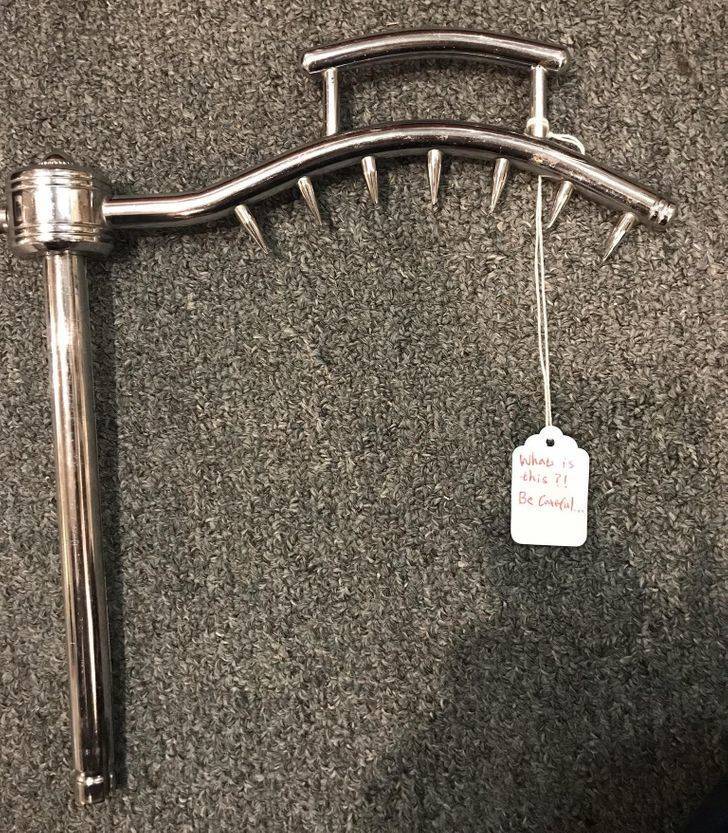 It is a roast or ham holder that mounts to a cutting board. The cutting board itself has spikes in it to hold the meat in place from the bottom, while metal spikes hold it from the top. 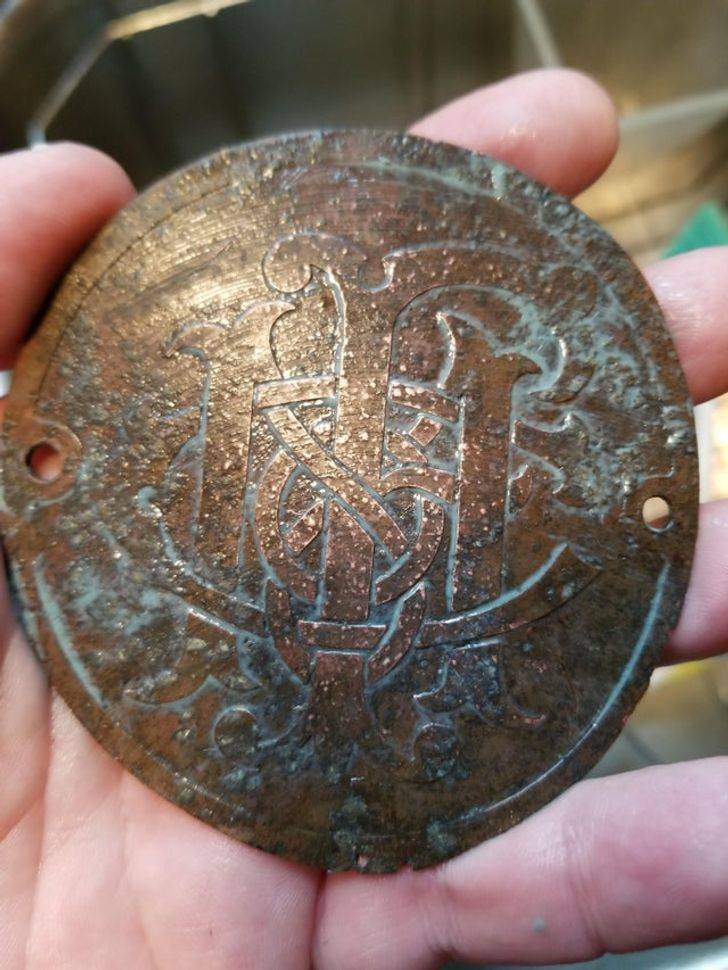 Fire marks were attached to homes near the front door to show that you paid for your fire insurance. This way, the fire department (the original fire insurance companies) would actually work to put out a fire that started in your home. 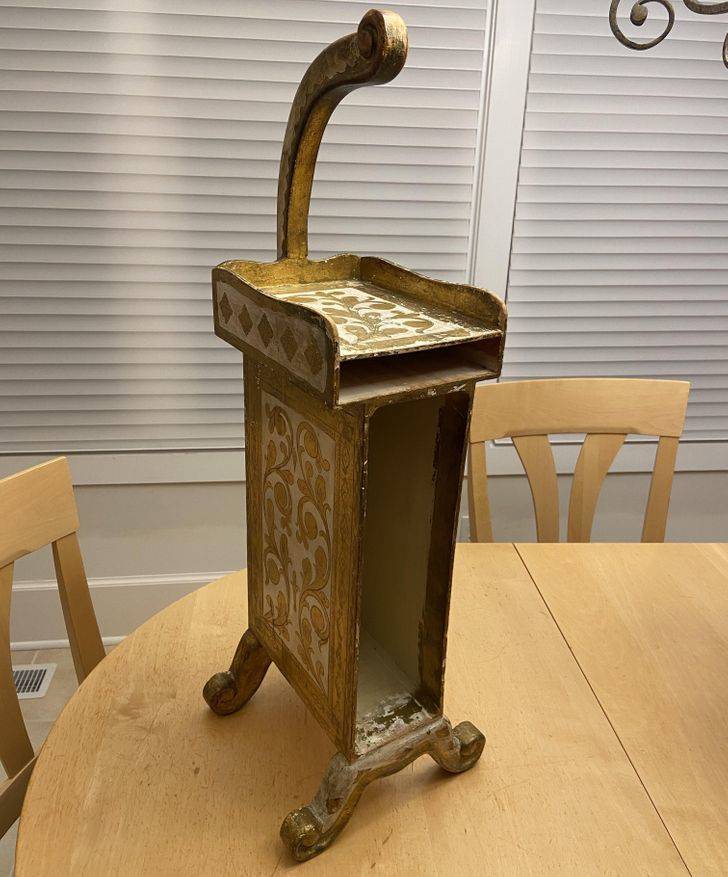 The rotary telephone sat on the flat top surface of a phone stand like this one. The open compartment on the bottom is for phone books and at the top is a handle for moving it around, in case you wanted a long conversation with someone so you could carry it over to your favorite armchair. The mirror, and style of the metal top with a fabric bag attached, would suggest that it’s a reticule — a tiny handbag on a chain popular in the 19th-early 20th century. It clasps closed at the rim of the bag and has a tiny mirror encrusted onto it because the bag itself was too small to carry a mirror inside. This oversize tea infuser is actually a spice ball. Put the spices and herbs in and place them in the pot to cook without leaving debris. It also could be used for making soup stock, mulling drinks, or steaming small portions of rice and vegetables. This one isn’t hard to figure out how to use, but seeing cowboy ice skates is nice nonetheless.