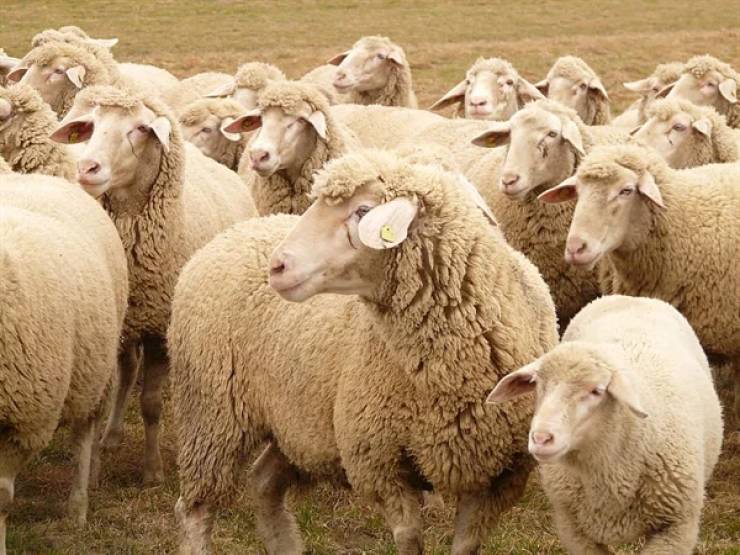 Sheep penis was often eaten with milk, eggs, and saffron. 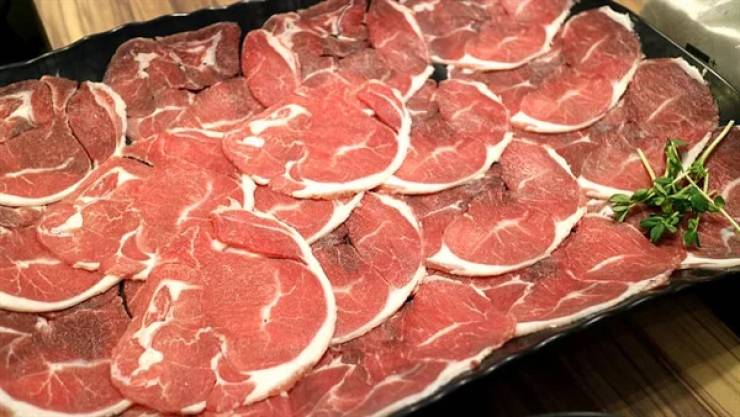 This one isn’t all that gross, although it has potential to be. Cockentrice was a dish that was made by stewing together different kinds of meats and parts until they’re one mushy mix. 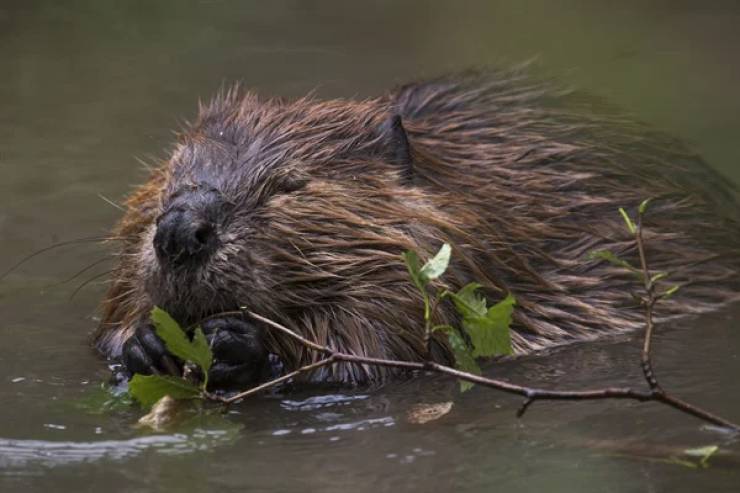 Beaver tail was often found on the menu as well. Many people opted to not eat meat on Fridays, and since Beavers lived in the water, they counted it as a fish. 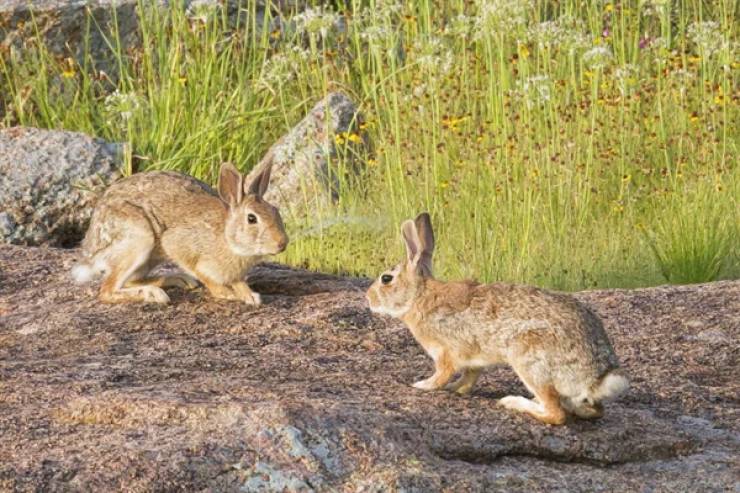 Do you like grilled rabbit? Well, how about boiled rabbit fetuses? Yes, that was an actual dish that people enjoyed at the time. 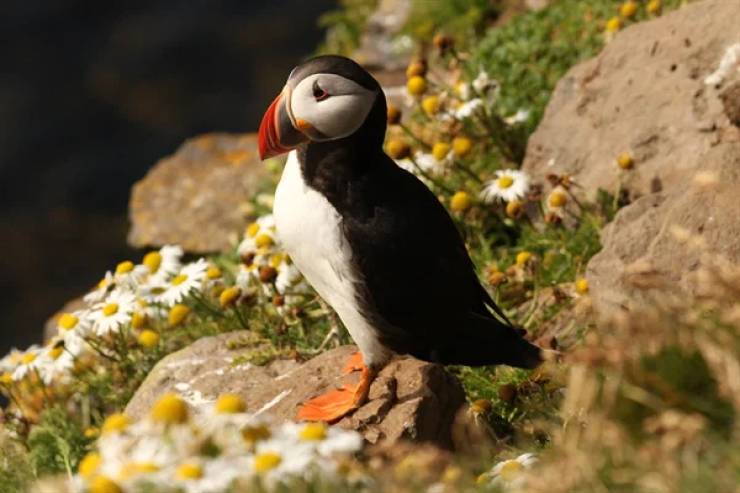 Many people indulged in puffins and sea otters as well. This was, like with beaver tails, because they figured that these animals were actually fish as they spent a lot of time in the water. 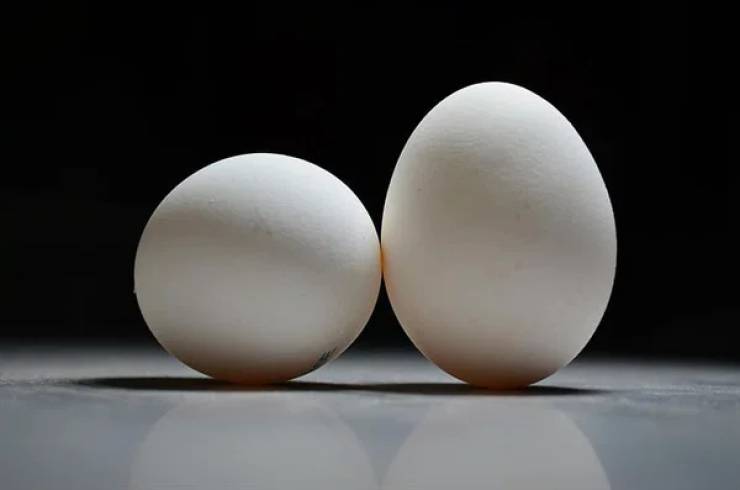 People in the Middle Ages were not into eating eggs. But, they liked the idea of it, so they would empty eggs out, fill them with almond jelly, and then colour them with herbs before eating their ‘fake eggs.’ 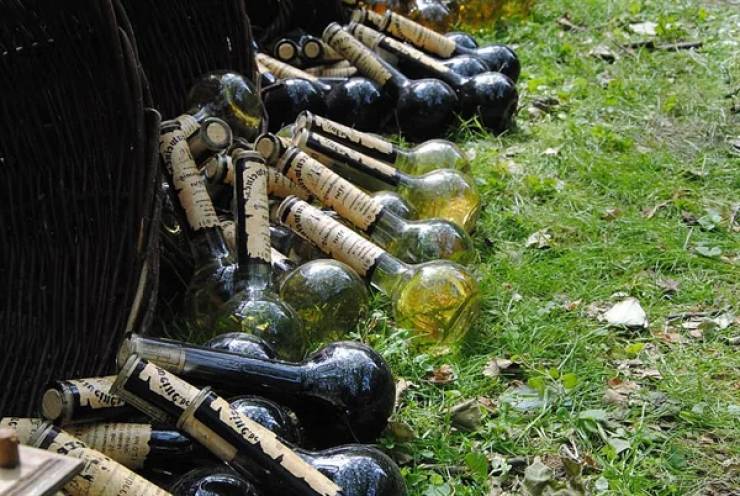 While beer was popular back in these days, it wasn’t nearly as pleasant as it is now. Cock ale, for example, was brewed with a chicken corpse. 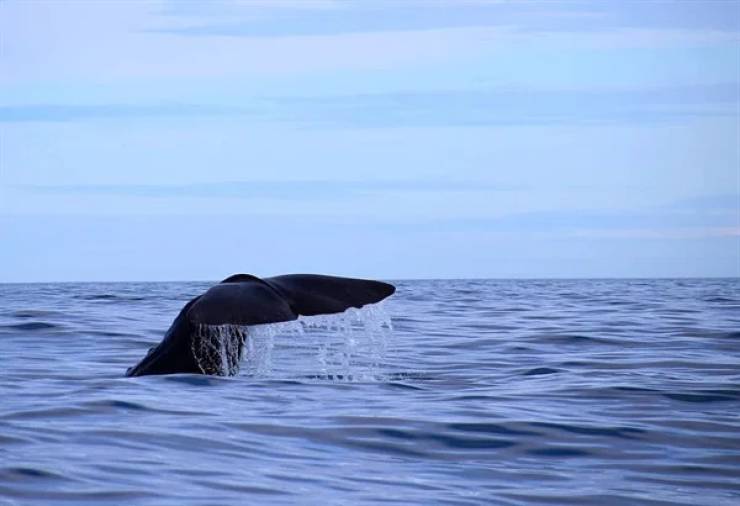 There is a grey and lumpy substance called ‘Ambergris’ that is often thrown-up out of Sperm Whales. People in the Middle Ages gathered Ambergris and added it to baked goods… 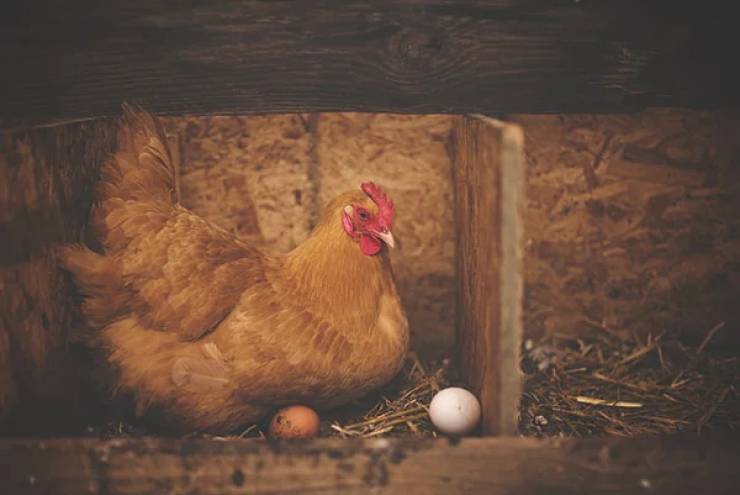 There once was a dish known as ‘Singing Chicken.’ To make it, you would cook a chicken with mercury and sulfur stuffed down its throat. When it got hot enough, a ‘singing noise’ could be heard. 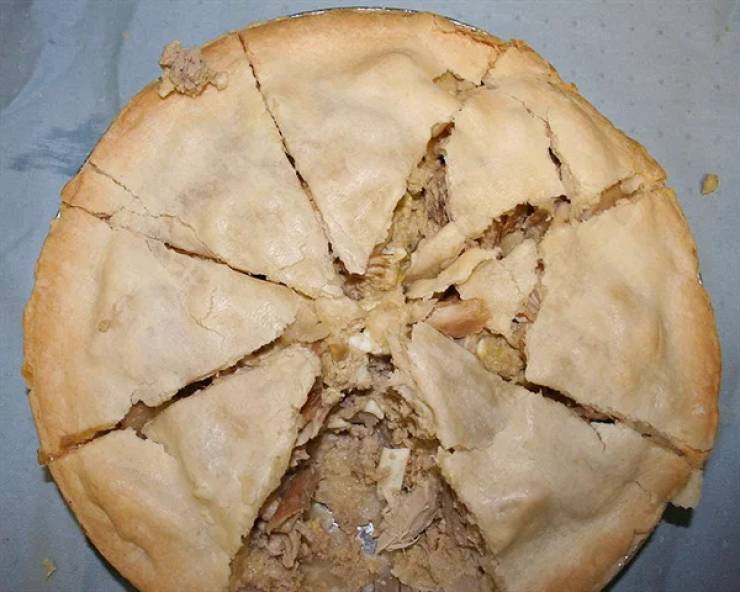 Umble pie (yes, the food that eventually stemmed the term ‘humble pie’) was filled with deer organs and spices. 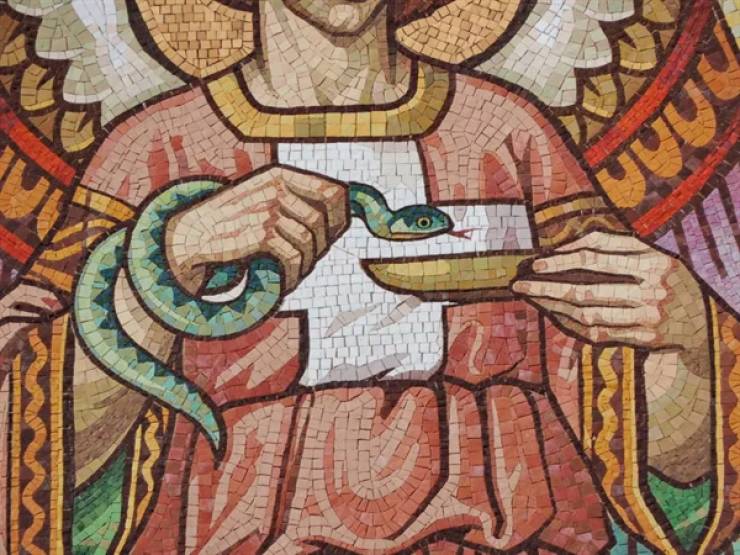 Another popular dish was snake soup. Catch a bunch of snakes, behead them, and boil them in water. 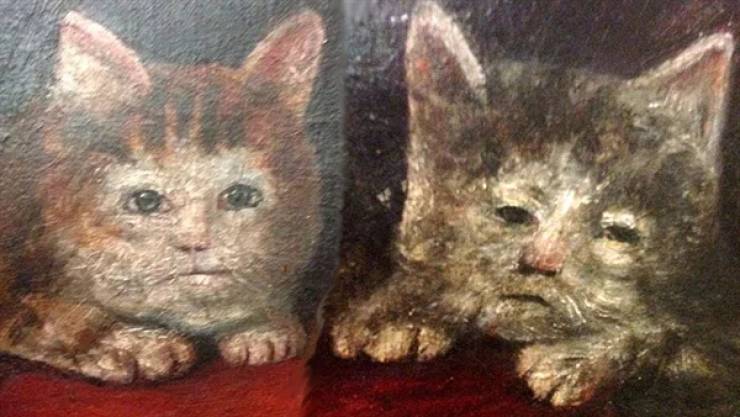 You know how cats are always hilariously poorly drawn in medieval art? Maybe they actually did look like this.. because they were pissed off at the fact that people cooked and ATE THEM. 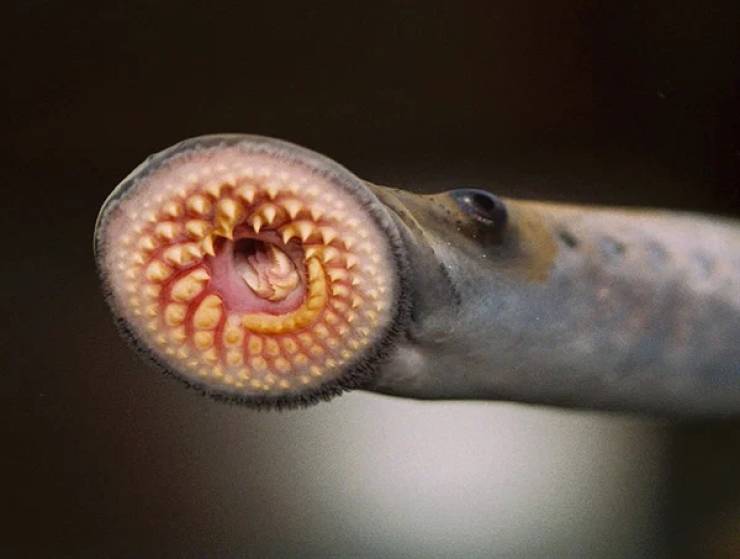 Lampreys, these scary-looking eels were considered a delicacy during this time. Not-so-fun-fact: England’s King Henry I died after eating too many of these. 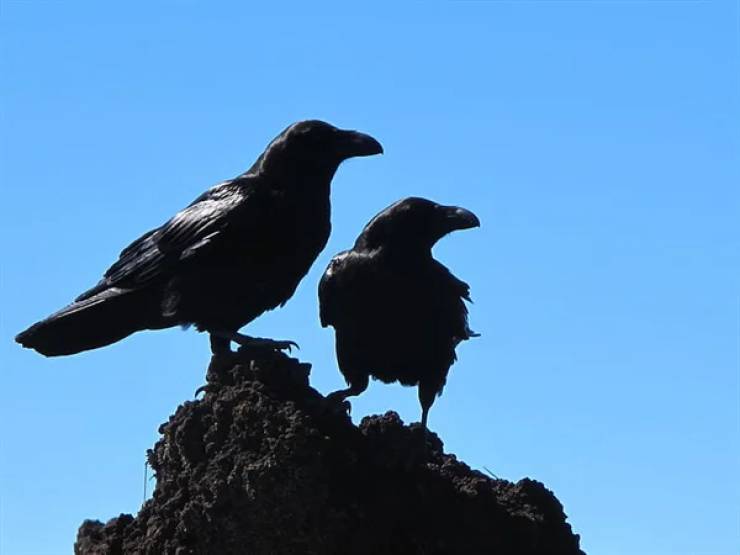 Blackberry pie sounds great. Black BIRD (as in crows) pie, not so much. Sometimes, this pie was served with actual live crows released from the top of it. 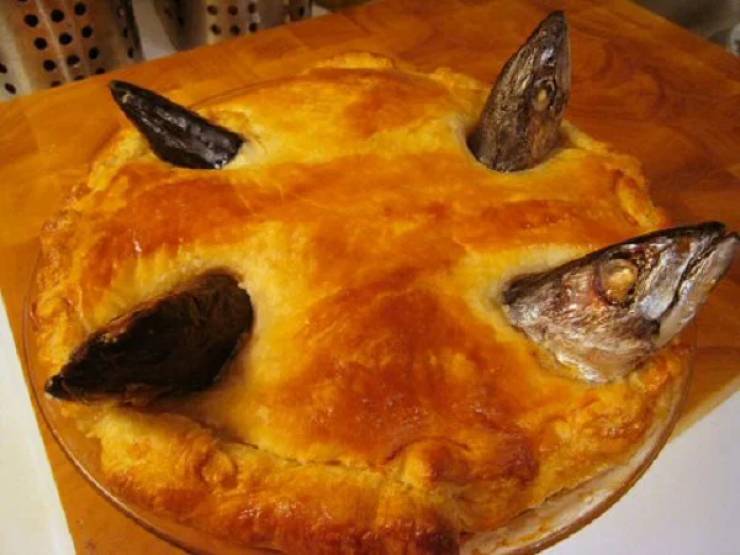 Stargazy pie is filled with tiny fish. Traditionally, the fish heads would be sticking out of the crust. 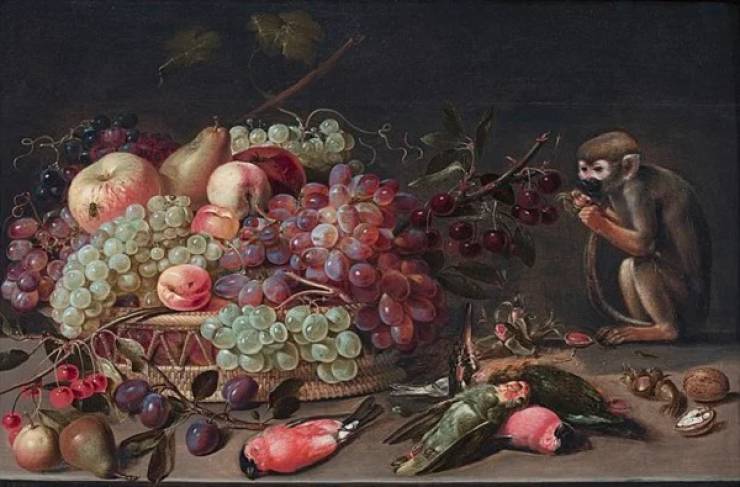 In the Middle Ages, nothing went to waste. Soups were often made out of every remaining part of the animal. Chicken feet, heads, penises, @$$es, all that was thrown into water and cooked together to be eaten. 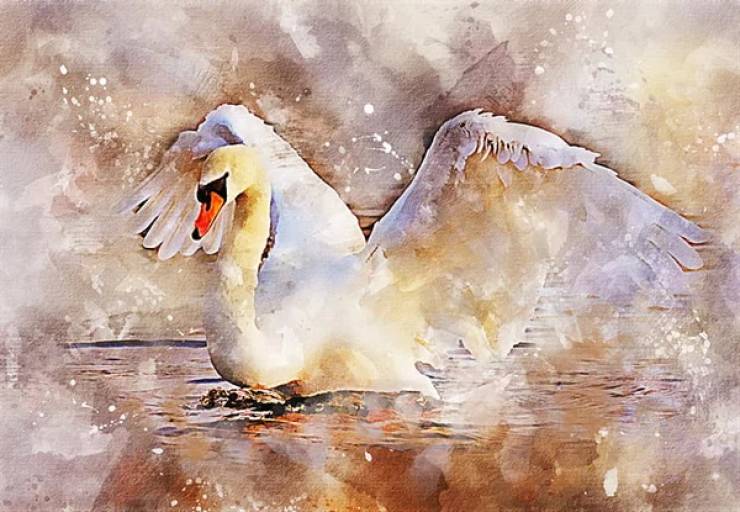 Swans were often cooked while stuffed with their own feathers. The feathers would be eaten along with the meat.