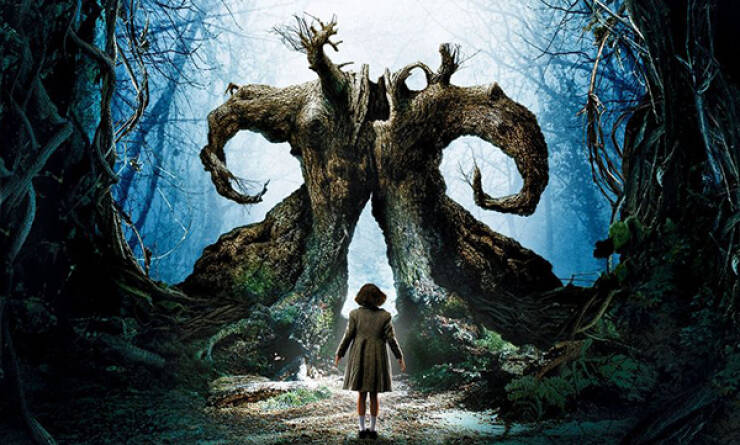 Synopsis: In the Falangist Spain of 1944, the bookish young stepdaughter of a sadistic army officer escapes into an eerie but captivating fantasy world. 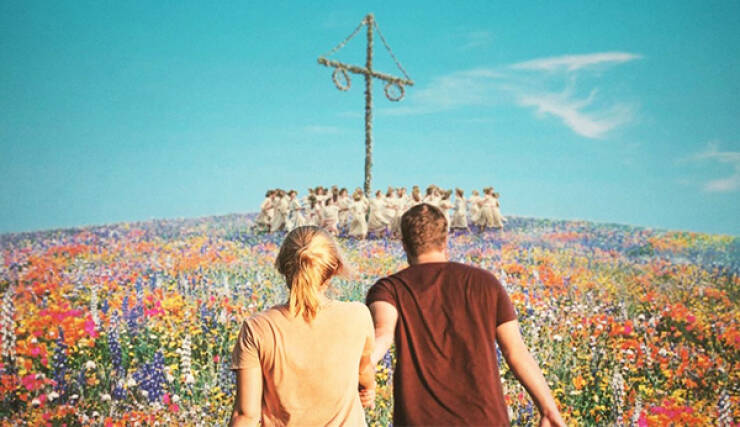 Synopsis: A couple travels to Northern Europe to visit a rural hometown’s fabled Swedish mid-summer festival. What begins as an idyllic retreat quickly devolves into an increasingly violent and bizarre competition at the hands of a pagan cult. 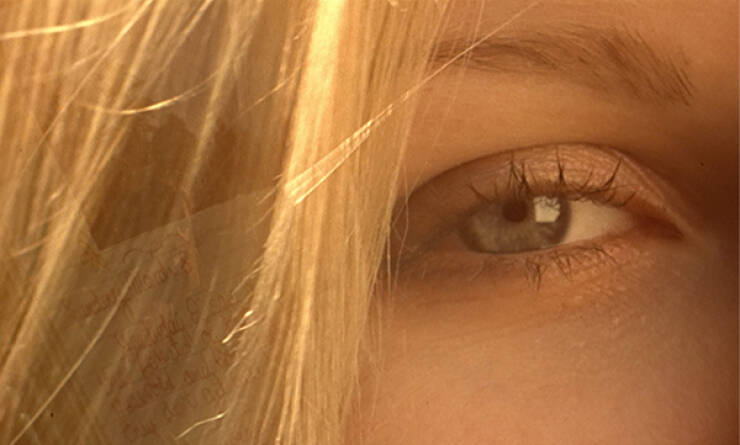 Synopsis: A group of male friends become obsessed with five mysterious sisters who are sheltered by their strict, religious parents in suburban Detroit in the mid 1970s.

“The original Let the Right One In. Something about it was so eerie and creepy yet peaceful.”

Synopsis: Oskar, an overlooked and bullied boy, finds love and revenge through Eli, a beautiful but peculiar girl. 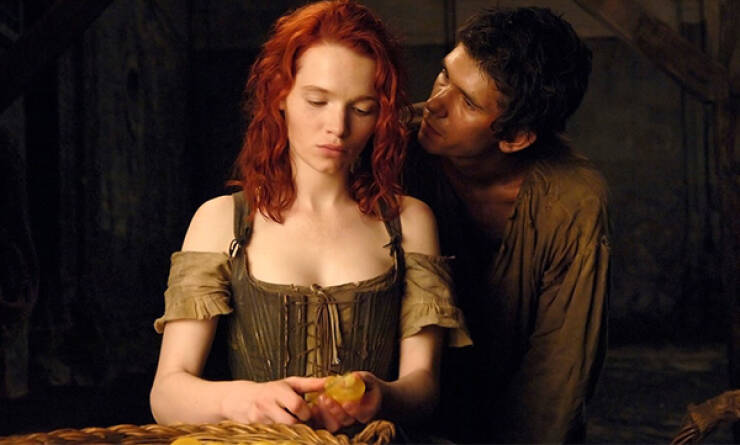 “Perfume: The story of a murderer”

Synopsis: Jean-Baptiste Grenouille, born with a superior olfactory sense, creates the world’s finest perfume. His work, however, takes a dark turn as he searches for the ultimate scent. 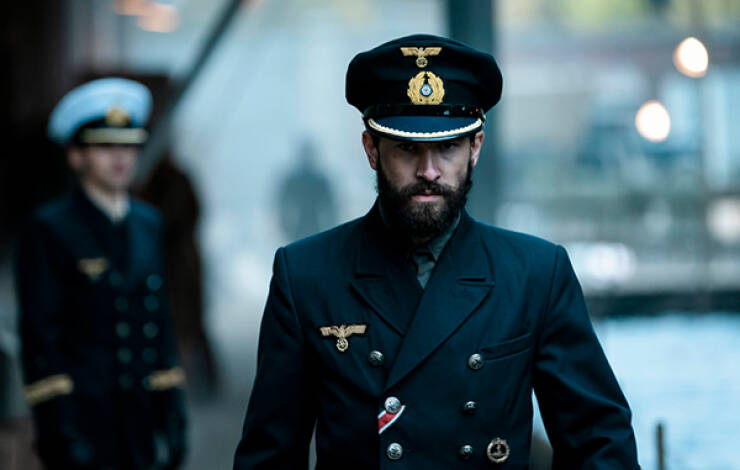 “Das Boot. It does not hold back or make war look glamorous.“

Synopsis: The story of 42 raw recruits caught up in a war they didn’t understand, and the Captain who must lead them in their struggle to survive. 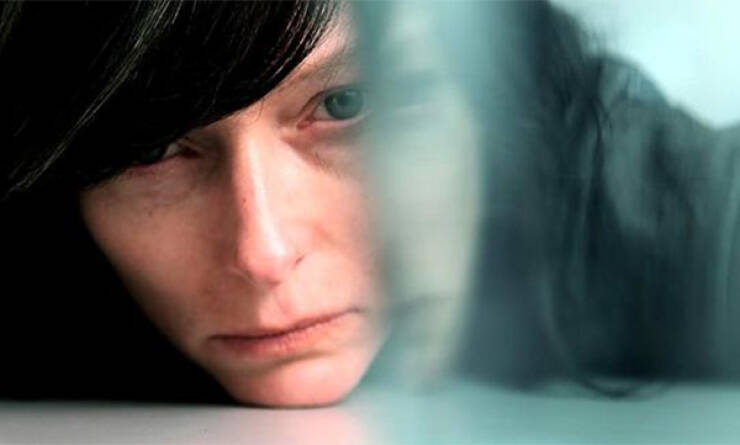 “We Need To Talk About Kevin.“

Synopsis: Kevin’s mother struggles to love her strange child, despite the increasingly dangerous things he says and does as he grows up. But Kevin is just getting started, and his final act will be beyond anything anyone imagined. 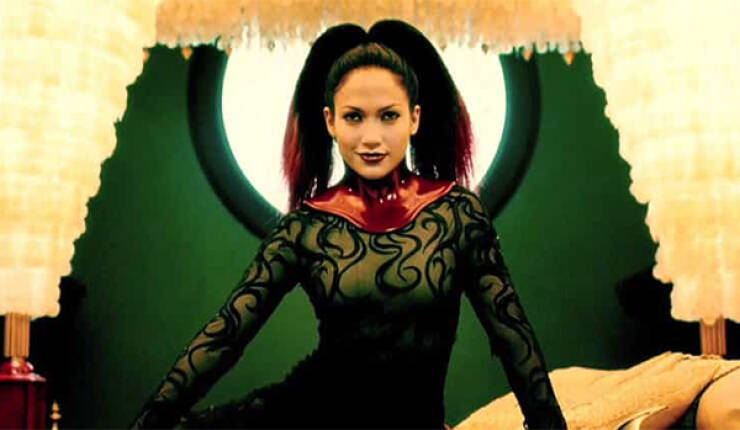 Synopsis: An F.B.I. Agent persuades a social worker, who is adept with a new experimental technology, to enter the mind of a comatose serial killer in order to learn where he has hidden his latest kidnap victim. 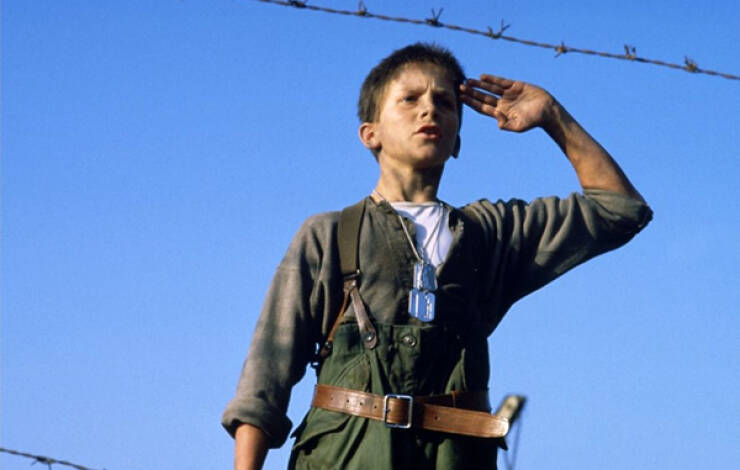 “Empire of the Sun. This movie wrecked me as a kid (I was about the same age as the protagonist). Went back and watched it as a father, wrecked me again. That ending is an absolute gut shot.“ 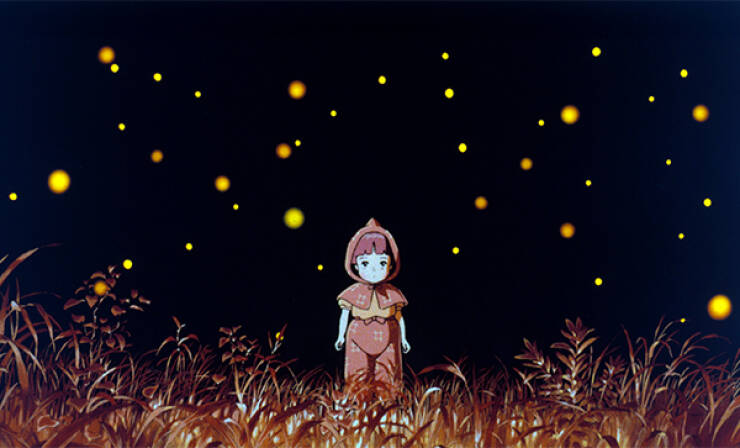 “Grave of the Fireflies”

Synopsis: A young boy and his little sister struggle to survive in Japan during World War II.

“Blue Velvet. Disturbing for obvious reasons and beautiful for the absolute mastery that Lynch displays in the writing and directing. The pace and tone are so tightly controlled that the movie has left me stunned with every viewing. Absolute masterwork.”

Synopsis: The discovery of a severed human ear found in a field leads a young man on an investigation related to a beautiful, mysterious nightclub singer and a group of psychopathic criminals who have kidnapped her child. 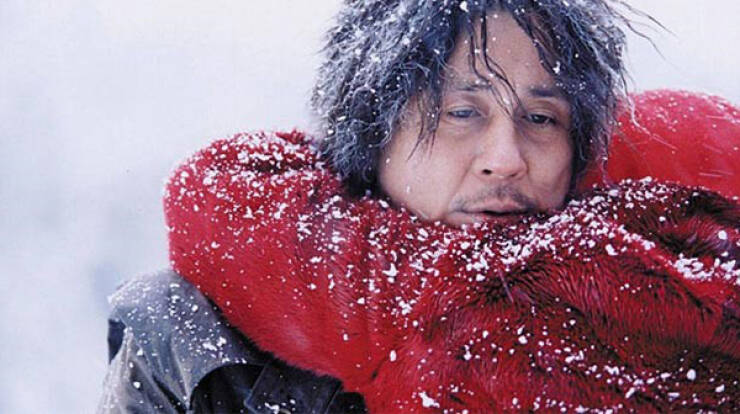 “The original ‘Old Boy.’ Special notice to the use of the color red is especially beautiful.”

Synopsis: After being kidnapped and imprisoned for fifteen years, Oh Dae-Su is released, only to find that he must find his captor in five days. 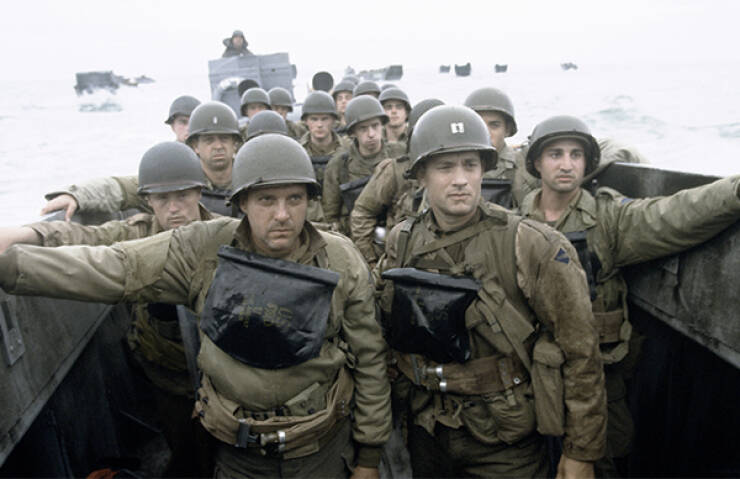 “Saving Private Ryan and not just the first 10 minutes – the whole thing is framed and filmed beautifully, particularly the death scenes.”

Synopsis: Following the Normandy Landings, a group of U.S. soldiers go behind enemy lines to retrieve a paratrooper whose brothers have been killed in action. 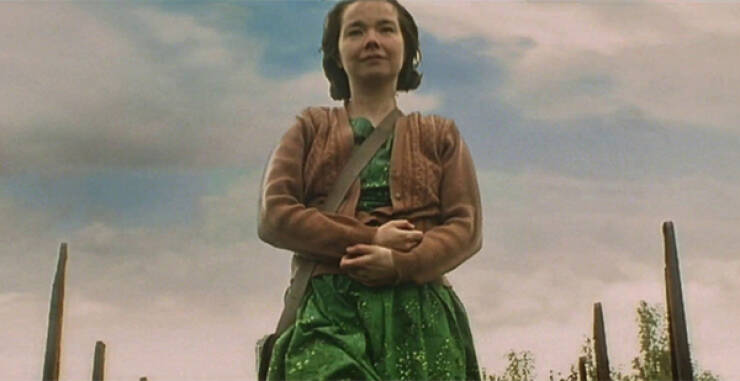 “Von Trier’s ‘Dancer in the Dark’ with Björk is absolutely as gorgeous as it is devastating. My eyes might as well be faucets when I watch that one.”

Synopsis: An Eastern European US immigrant with a love for musicals has to cope with the gradual loss of her vision. 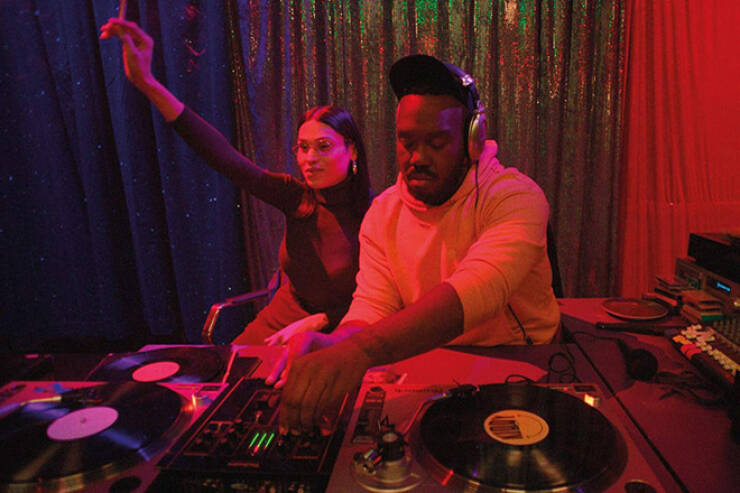 “Climax, which is a movie that features some of THE best dance sequences ever put on camera while also featuring a scene where a woman on LSD is covered in blood in a shower stall screaming about how she can’t seem to wash it all off, among other horrors.“

Synopsis: French dancers gather in a remote, empty school building to rehearse on a wintry night. The all-night celebration morphs into a hallucinatory nightmare when they learn their sangria is laced with LSD. 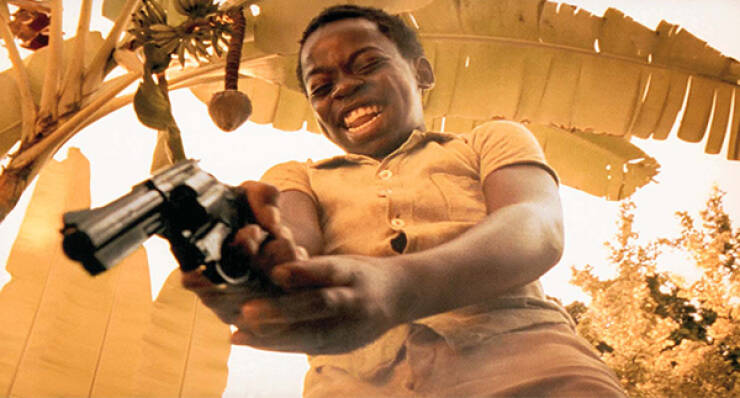 “City of God. A beautiful film, but really disturbing at points with how matter of fact the violence is.”

Synopsis: In the slums of Rio, two kids’ paths diverge as one struggles to become a photographer and the other a kingpin. 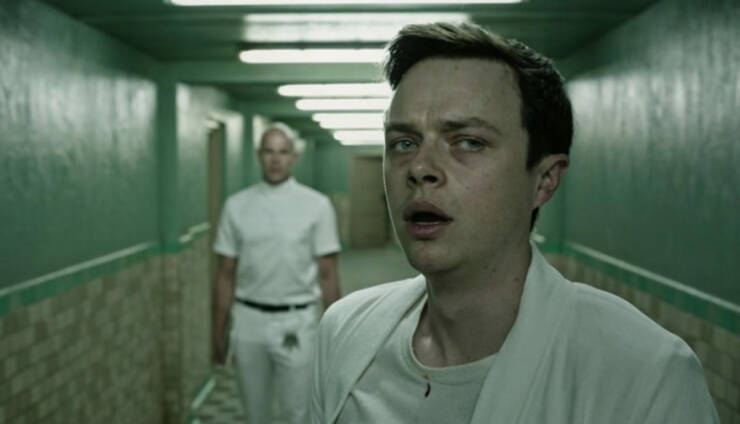 “‘A Cure for Wellness.’ Set in such a beautiful area and cinematography but an incredibly disturbing plot.”

Synopsis: An ambitious young executive is sent to retrieve his company’s CEO from an idyllic but mysterious “wellness center” at a remote location in the Swiss Alps, but soon suspects that the spa’s treatments are not what they seem. 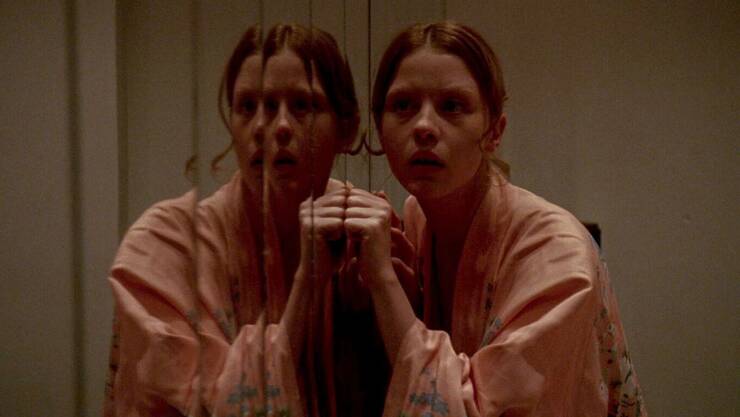 Synopsis: A darkness swirls at the center of a world-renowned dance company, one that will engulf the artistic director, an ambitious young dancer, and a grieving psychotherapist. Some will succumb to the nightmare. Others will finally wake up.