18 Movies With A Great Potential And Zero Realization 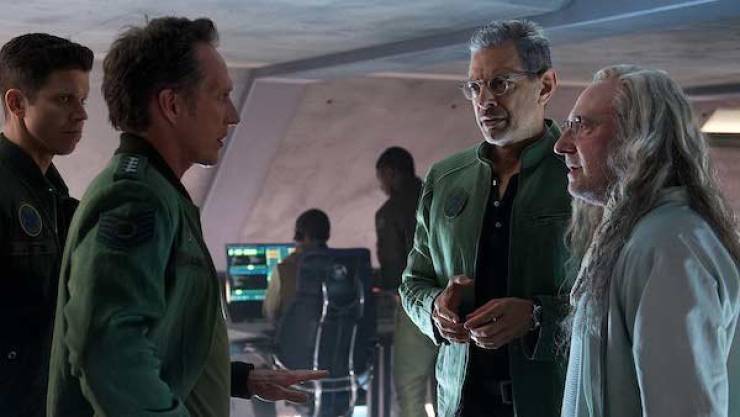 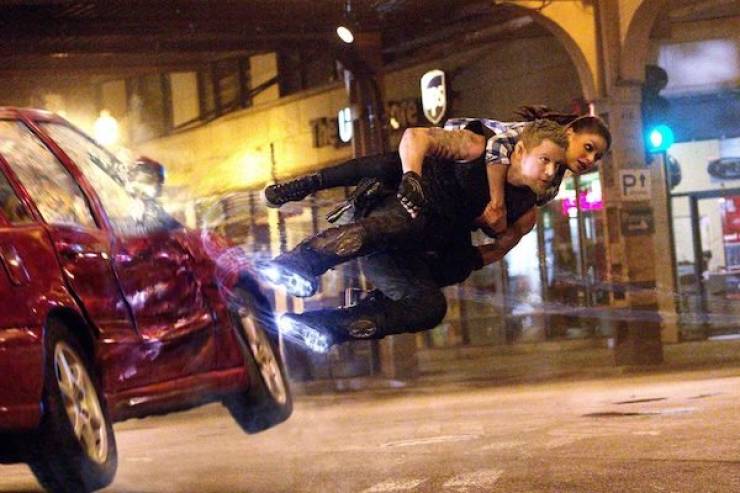 “Jupiter Ascending felt like it could have done a lot more.”

“Came here for this one. An amazing and gorgeous world with interesting lore. Some really cool concepts that should have been great. A few missteps sank the potential. Regular jet boots instead of gravity rollerblades, drop the whole bees recognize royalty, and let Jupiter be a proper hero and saver herself at least once and it could have been a new Sci-fi classic. Instead, we got a screenplay that feels like it was written by a 12-year-old girl and not updated over the decades.” 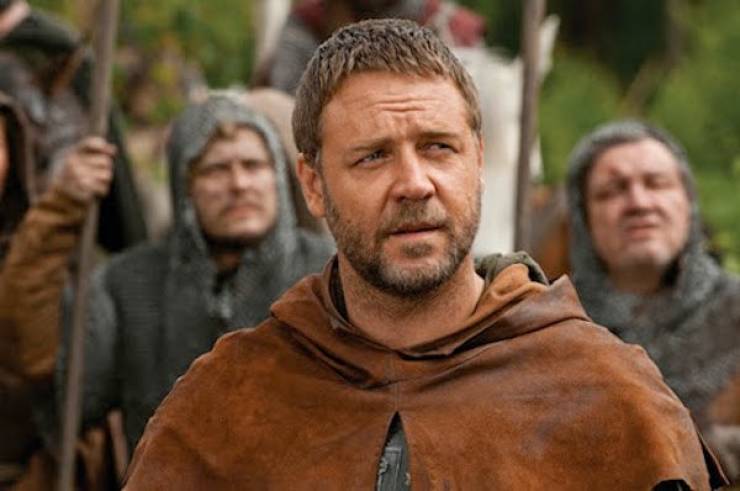 “I read a whole article about this once. The hottest script in Hollywood a while back was a movie called Nottingham. The main character was the Sheriff of Nottingham, and he was a man caught in the middle of a war. In one side was a horrible Prince John that was a bad ruler and was horrible to the people. On the other side was Robin Hood and his men, trying to overthrow the Prince. And caught in the middle was all the normal people that just wanted to live their lives. The sheriff only wanted to keep the people under his protection safe. Safe from the Prince, safe from Robin Hood, and safe from the war.

It should have been a really good movie.

Then they hired Russell Crowe to be Robin Hood. And he immediately began demanding they change the script. He couldn’t stand being a B character, and not the hero of the story. So they changed it and changed it until it was just a s@#tty remake of every other Robin Hood movie. And now everyone has probably forgotten that that movie even existed.” 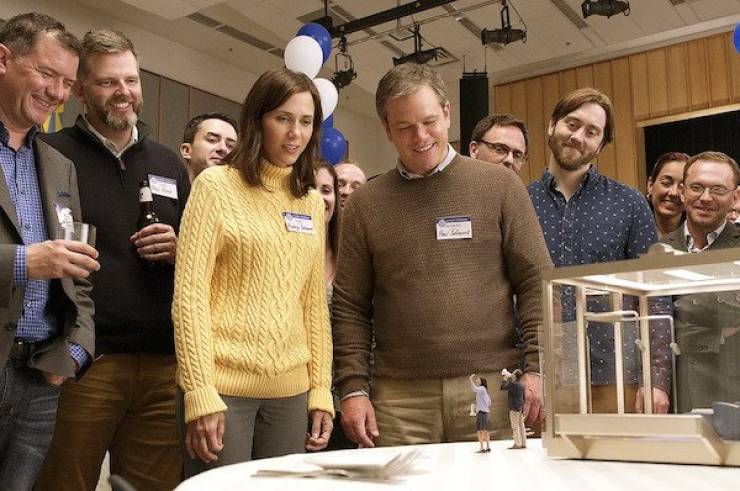 I feel like the movie could’ve been really good if it focused on one or two of these topics instead of whatever mashed-together film that was.” 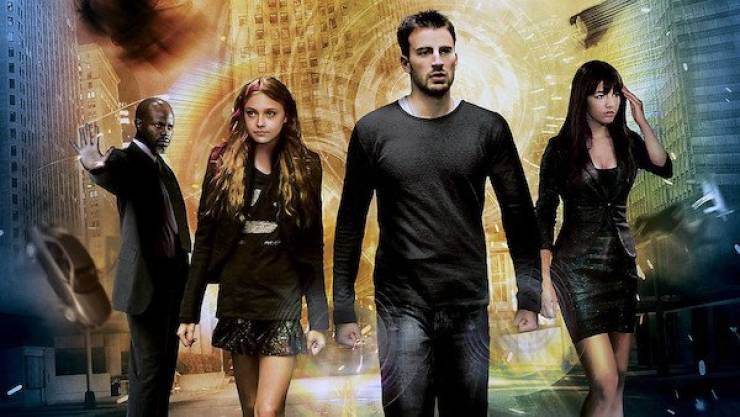 “I felt the same way about Push (which is a movie I actually liked a lot after skipping it in theaters cuz it got poor reviews).”

“It built this fantastic world lore that I wanted to explore a ton, but then just made a C-grade movie.” 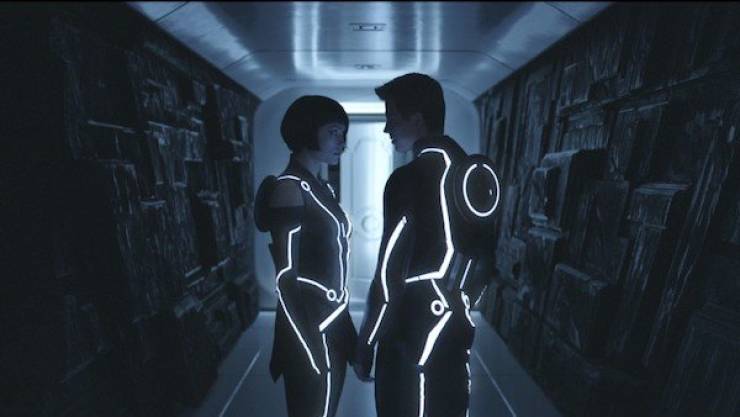 The first 20-ish minutes is damn near EXACTLY what you would want from a Tron sequel. A Daft Punk score that shreds. An amazing update to the original film’s visuals. An arena death-match that gets bigger and crazier with each passing minute. And as soon as that movie exits that arena, the whole thing falls apart into mediocrity and ripping

off dogfights from Star Wars. What a waste.” 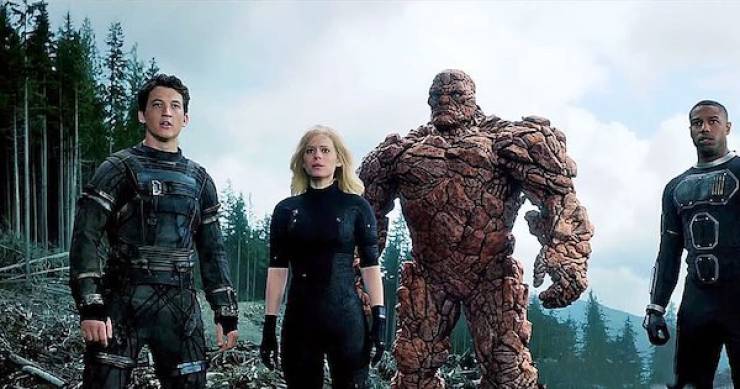 “The fantastic 4 revamp could have been the prelude to some pretty intense storylines, but they messed it up properly and most certainly killed any future endeavors.”

“Artemis Fowl. It’s the only movie I’ve ever ragequit.” 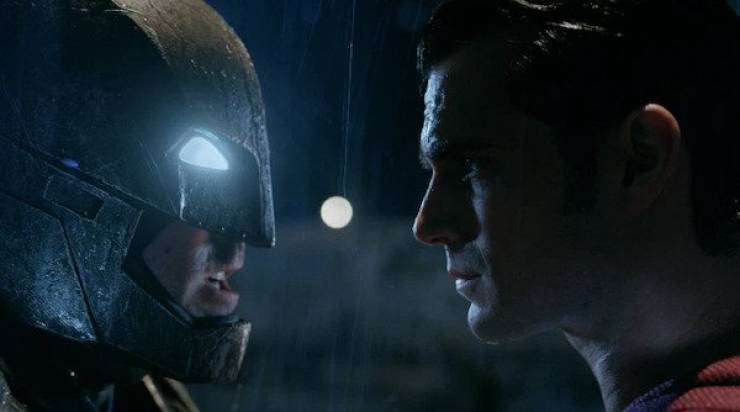 “Agreed. If they had just picked one of the ten storylines they tried to stuff in that screenplay… it might have been quite good.”

“I went into that movie with a very open mind, knowing full well that it wasn’t going to be like the books, in an attempt to just view it and enjoy it for what it was.

And what it was was a f@#king s@#t movie. It was insultingly bad, and I don’t say that as a ‘Dark Tower’ fan, I say it as a movie-goer in general.” 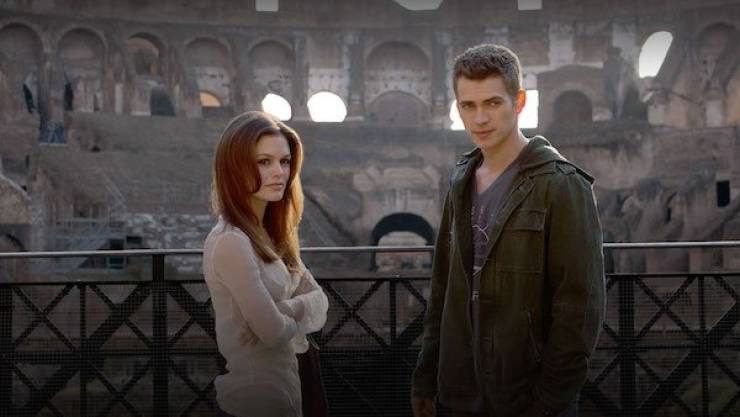 “Jumper is probably my all-time “wish it had been better” movies. I loved the concept and the way they executed the jumping was so good, but the acting and script were super flat and it was huge sequel bait that never panned out.” 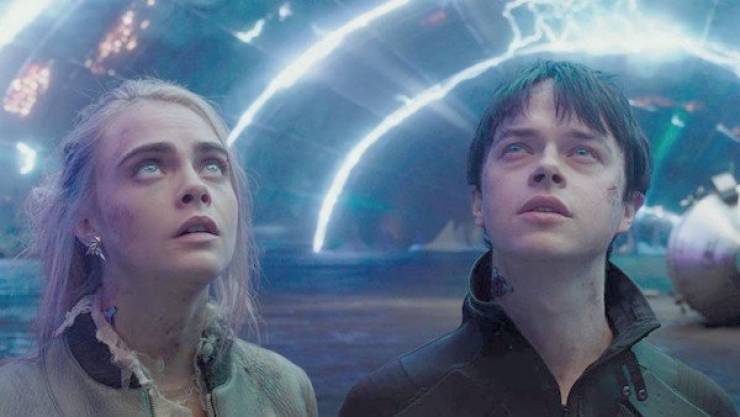 “Valerian and the City of A Thousand Planets.

Luc Besson (the Fifth Element guy) doing a passion project of adapting his favorite comic book to the big screen. Could have been amazing… but it really, really wasn’t.” 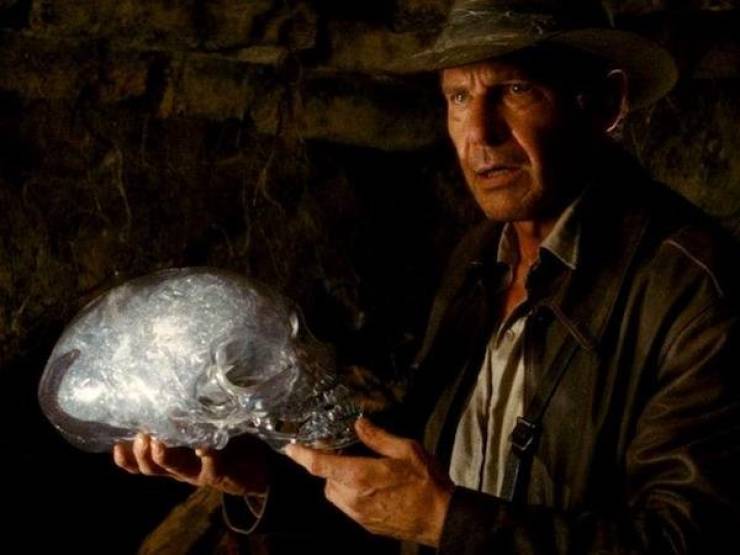 “Indiana Jones and the Kingdom of the Crystal Skull. Had a great plot, could have been a fantastic return for the franchise if it stayed within the mythological framework the other three movies operate in. We could have got a catalyst for the rekindling of the greatest movie series of all time, instead we got aliens. It didn’t make any sense and now I don’t think anybody wants to see another attempt.” 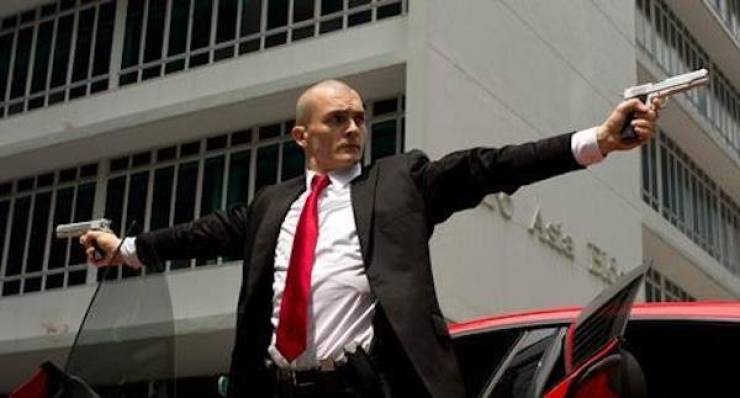 Turning a stealth-based videogame into a generic action movie.

Agent 47 not even being the main protagonist.

The actor that played him not even remotely looking like 47.

My ideas that would have at least made the movie a bit better, probably

– do not have 47 fight someone that is almost invincible

-instead create a situation where some of 47’s strengths are “countered”, like mess up his planning in some way, a disguise not working at places he expected, forcing him to improvise 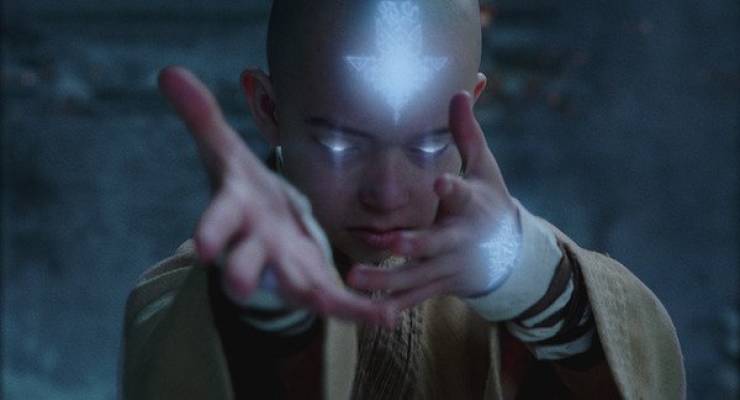 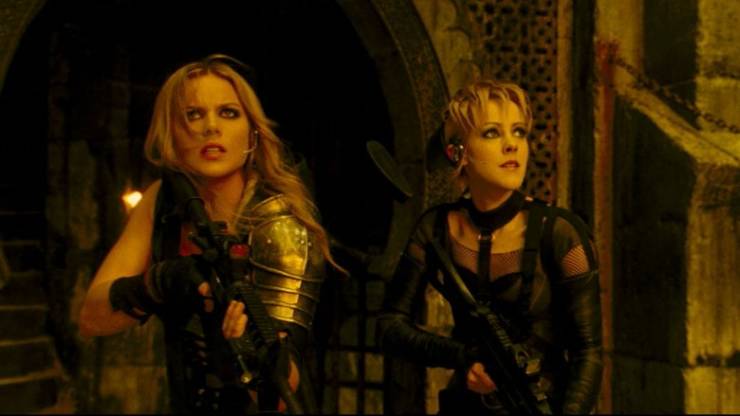 “Suckerpunch. How did a movie about women in schoolgirl outfits fighting monsters with swords and machineguns end up so damn dull?” 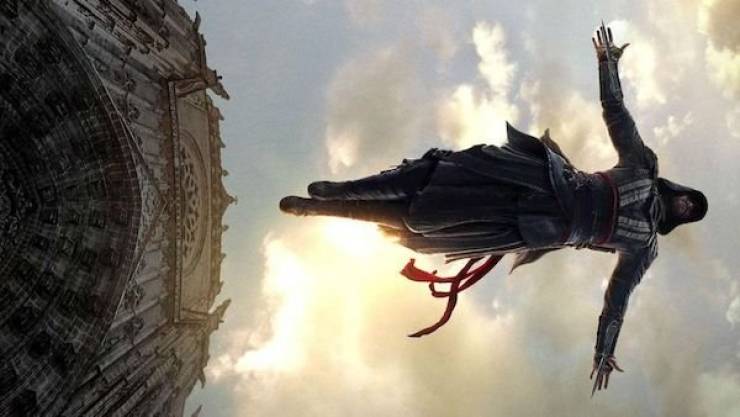 When I saw it there was a total of 5 people in the theatre. 2 of my friends and a couple a few aisles up. I think it was about an hour in the movie, the guy from the couple stands up yells “what the f@#k is this s@#t” and stormed out of the theatre. The girlfriend looked incredibly confused but followed a minute later after collecting herself. In hindsight, that was probably the right call…” 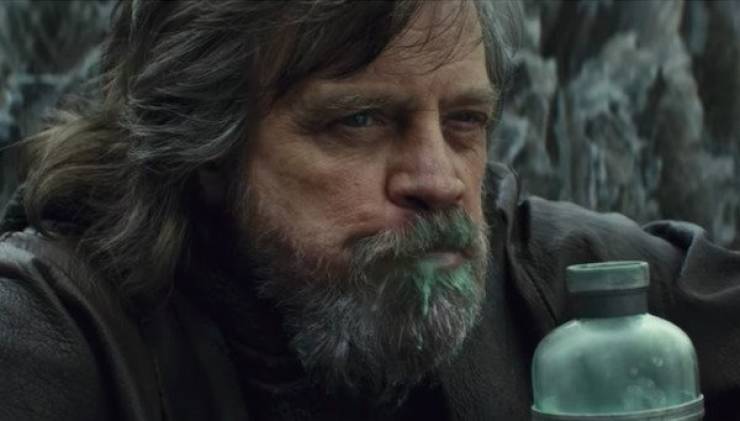 “I’ll end with the movie that still enrages me to this day. ‘The Last Jedi’. So we’re gonna take arguably the greatest, most powerful, and least corruptible character in Star Wars lore and turn him into a reclusive curmudgeon who refuses to help anyone?

What we deserved was the badass version of Luke that season 2 of the Mandalorian gave us, instead, we just wasted a favorite character without him doing hardly a single thing that helped the rebel cause. That, along with about 50 other plot points, still pisses me off all these years later.”