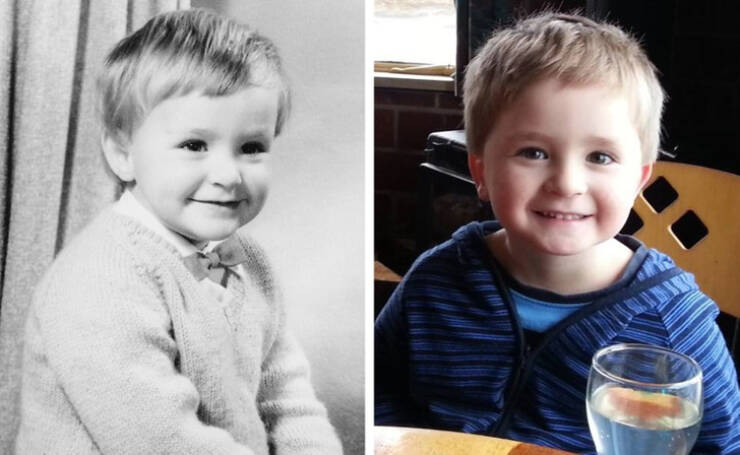 “The unintended, uncanny, unbelievable photo of my mom and my sister. Both 18 months old but about 31 years apart.’” 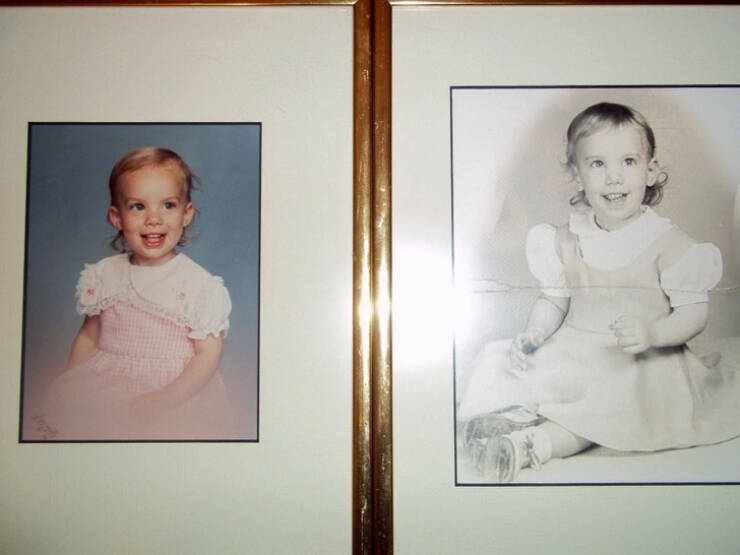 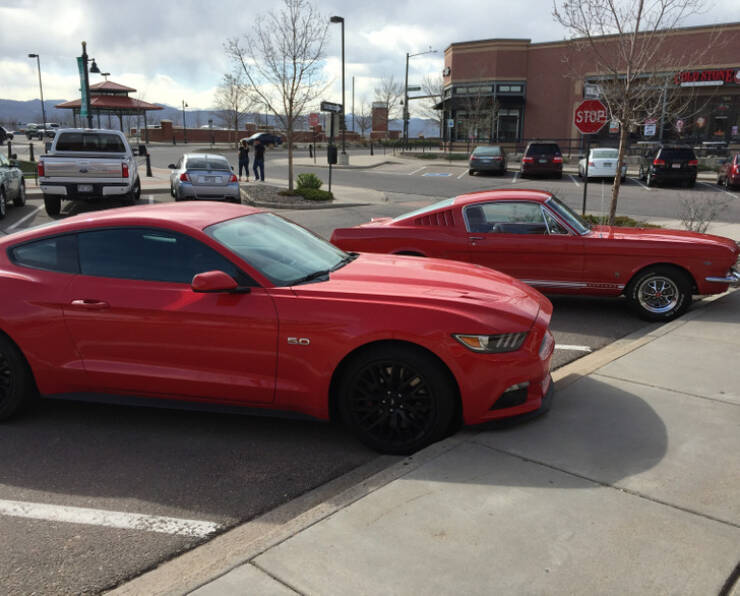 “I don’t think the years have been kind to me. Recently moved back in 50 years later.” 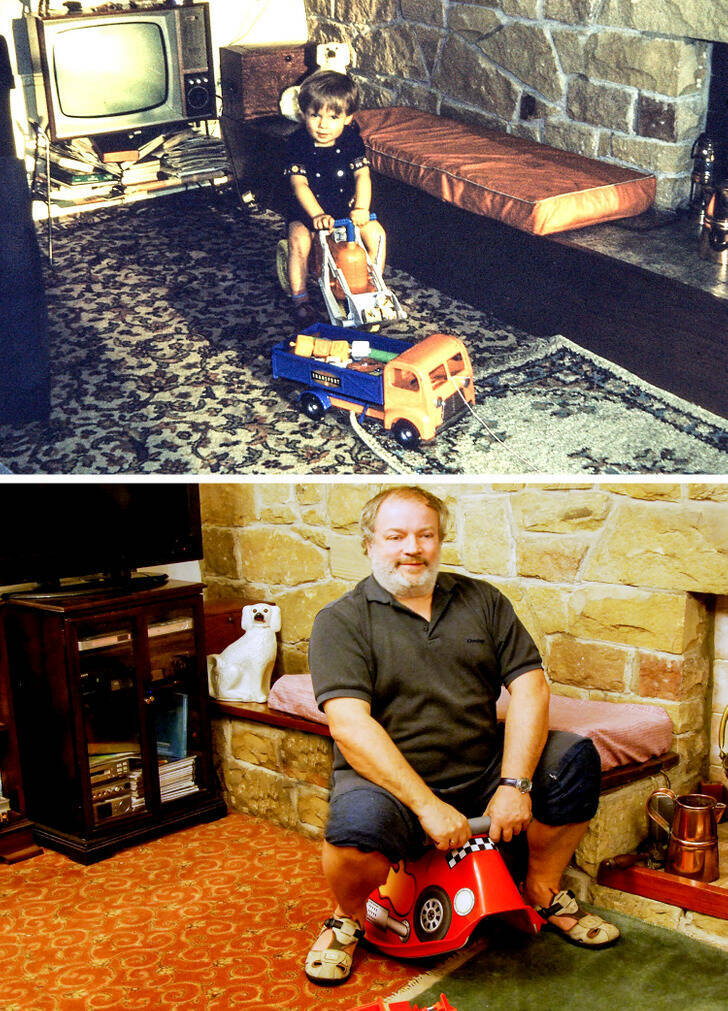 “As an adult, I will go to great lengths to recreate a feeling as good as this.” 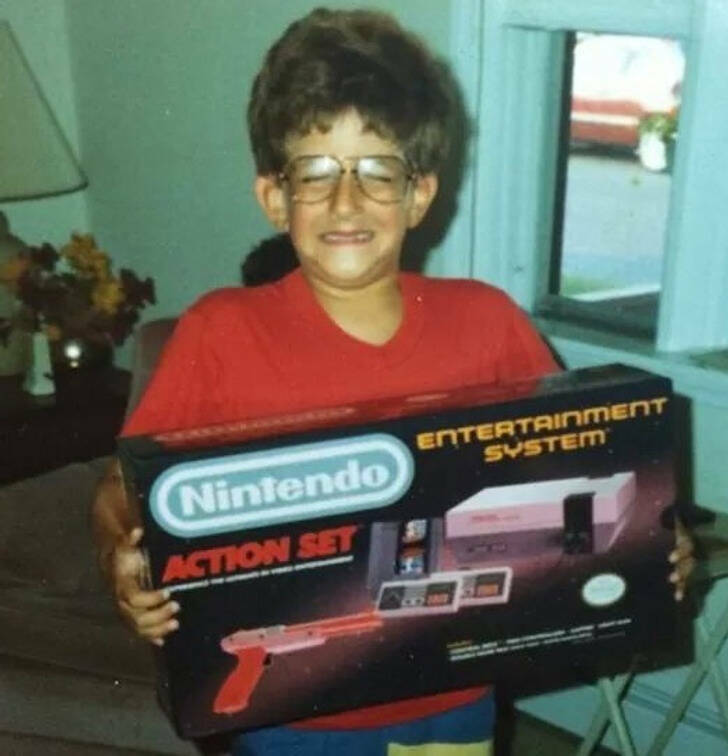 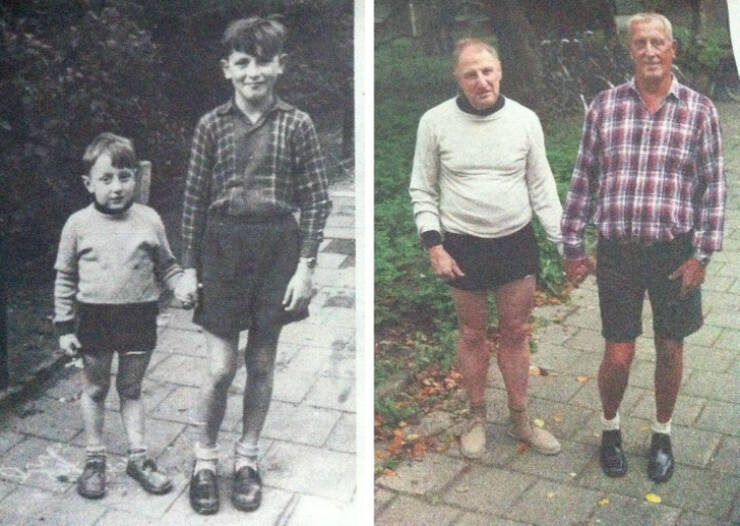 “After almost 60 years together, my grandad still carries her purse for her.” 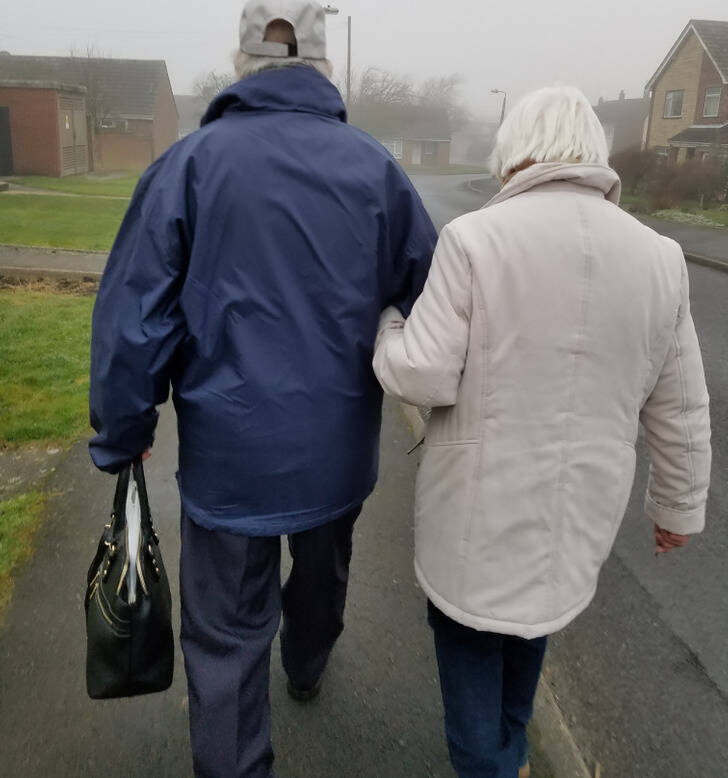 “This bond after so many years” 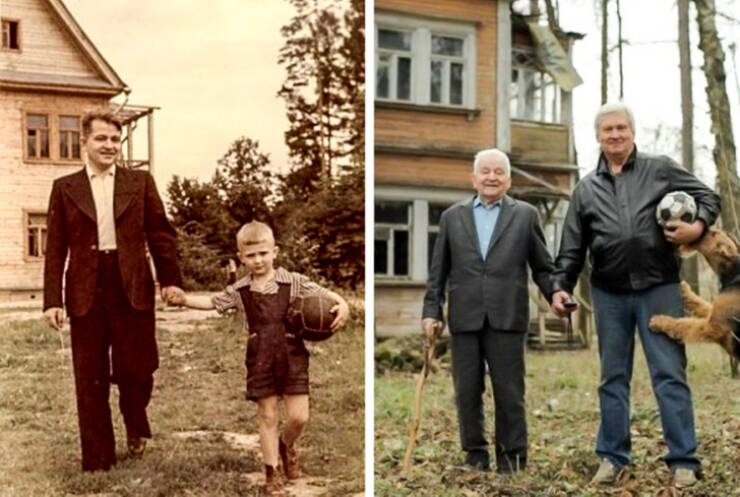 “Yesterday, they celebrated their sixtieth wedding anniversary. Puppy love is cute, but old people in love are even cuter.” 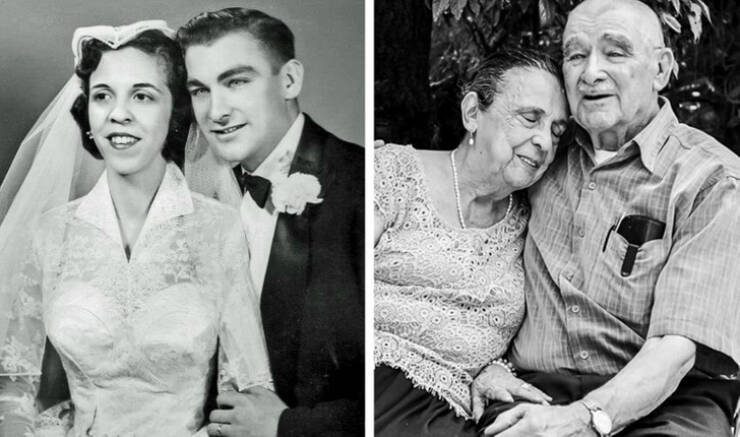 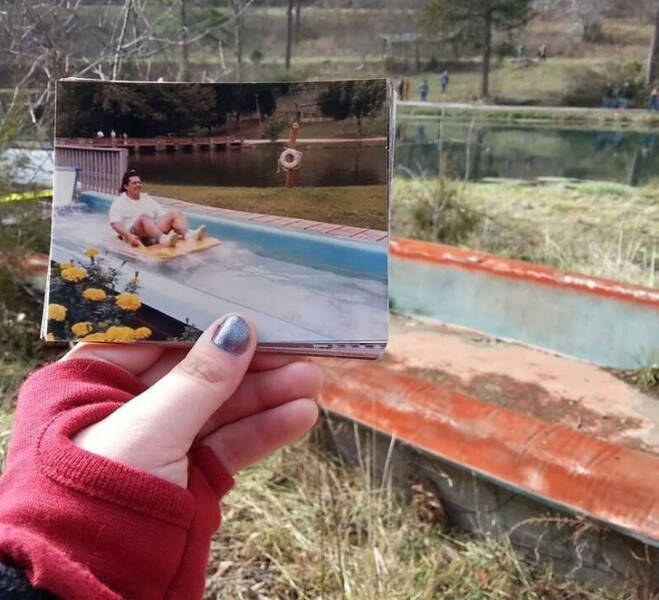 “The year was 1998 and we spent 2 hours getting ready to take our girl band photo.” 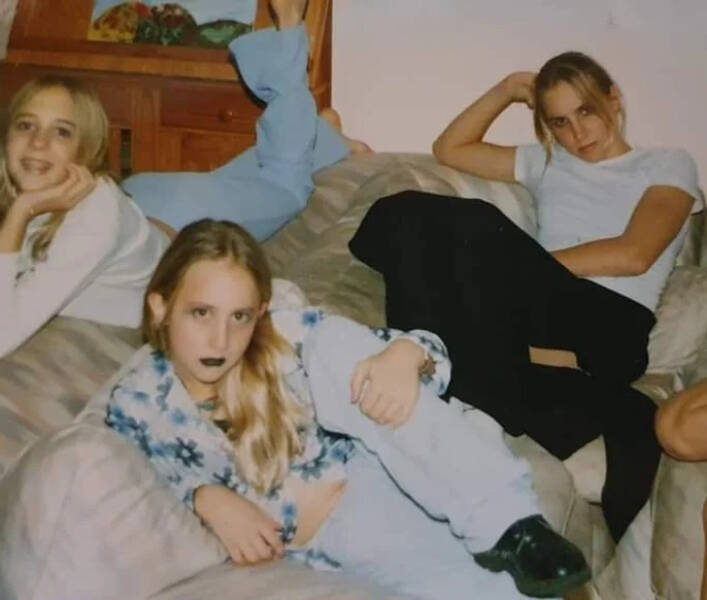 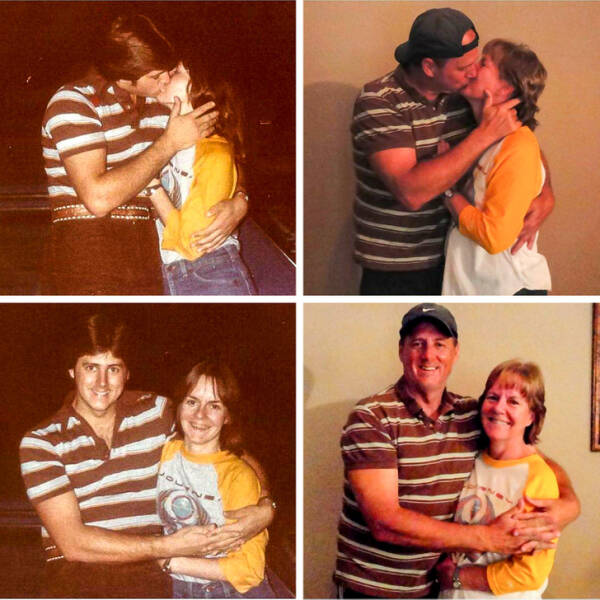 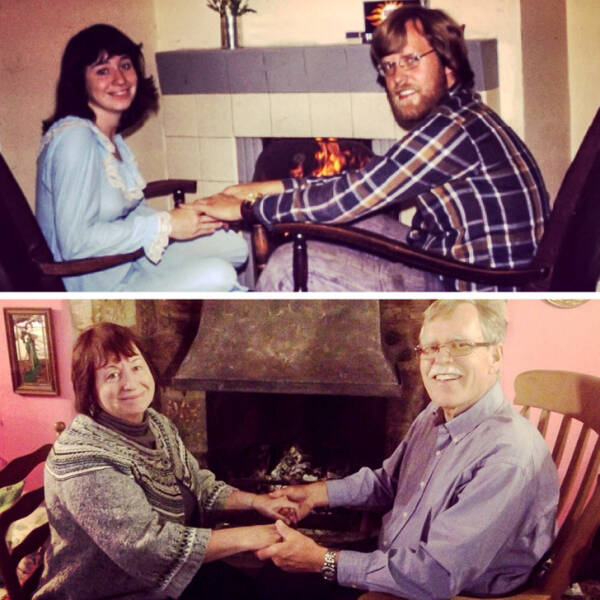 “Every day for almost 40 years, my dad has carried this 1972 silver dollar with him in his pocket.” 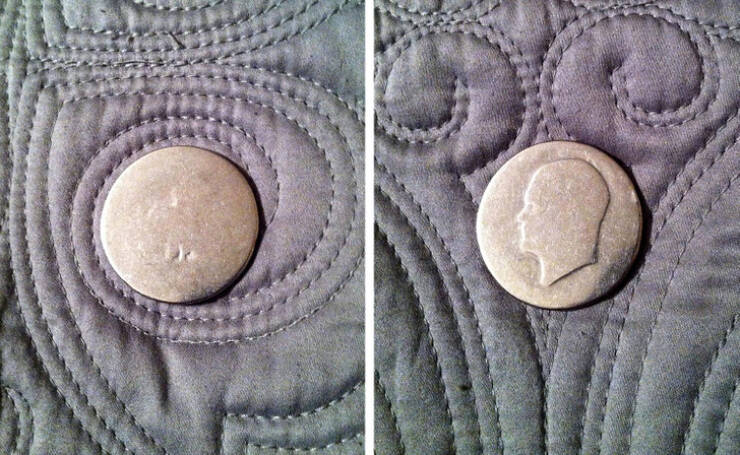 “I took a photo of my boyfriend’s grandparents’ wedding photo and accidentally caught the reflection of his grandmother admiring it 50 years later.” 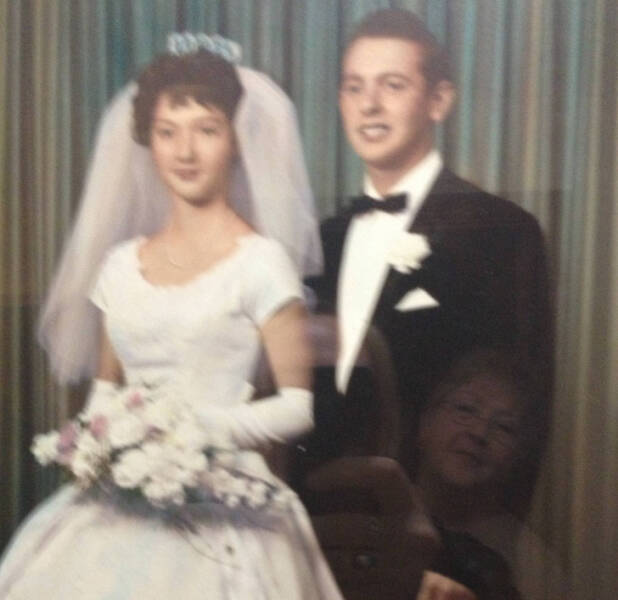 “Our attempt at a photo recreation, nearly 50 years apart. Well, these things are not easy.” 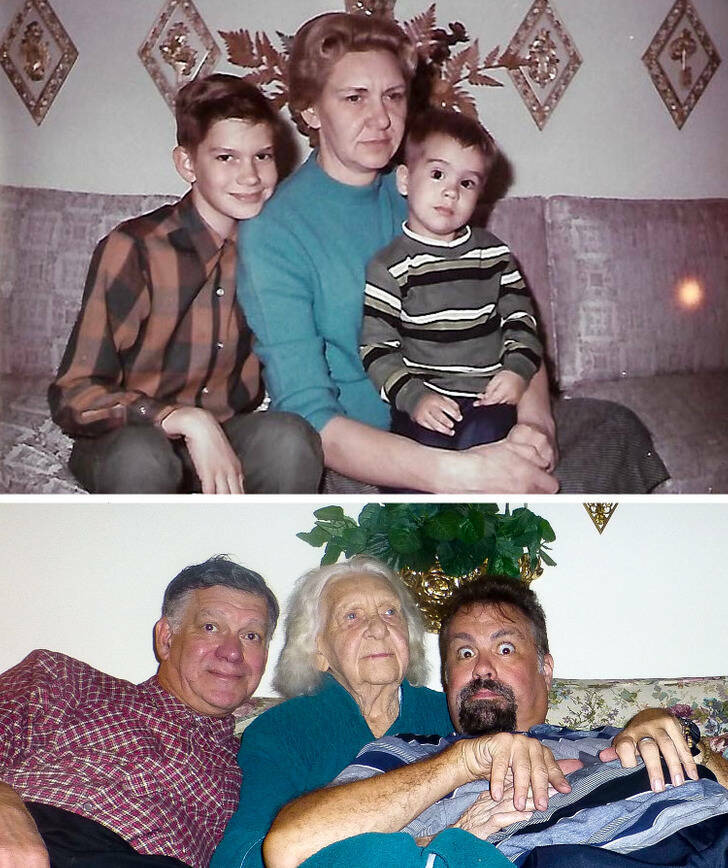 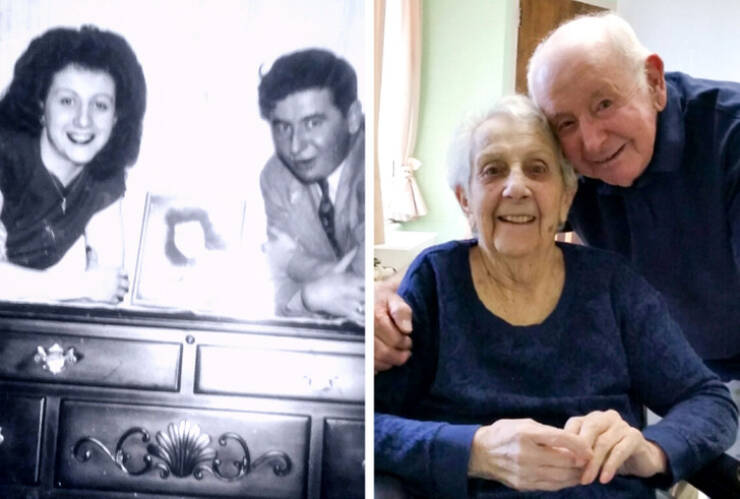 “My dad and I on the same tractor, 29 years apart — just brought the family tractor to my new farm.” 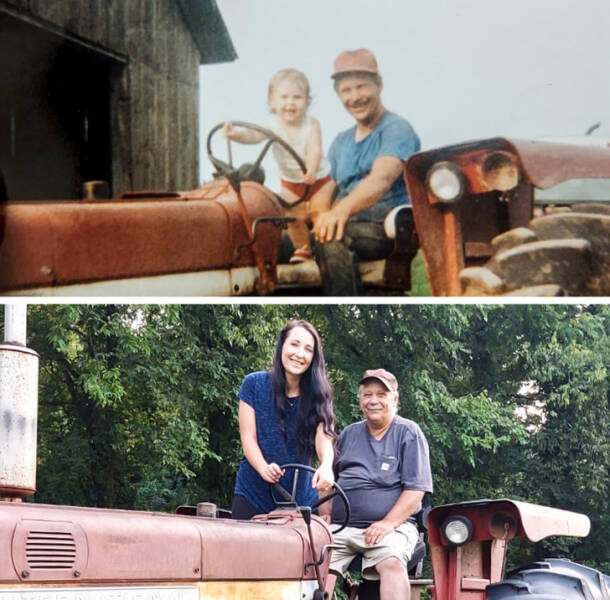 Previous 10 Famous People Back In Their Younger Years VS. Now
Next The Most Scenic Routes in Every State In the United States