18 Toys That Everyone Remembers 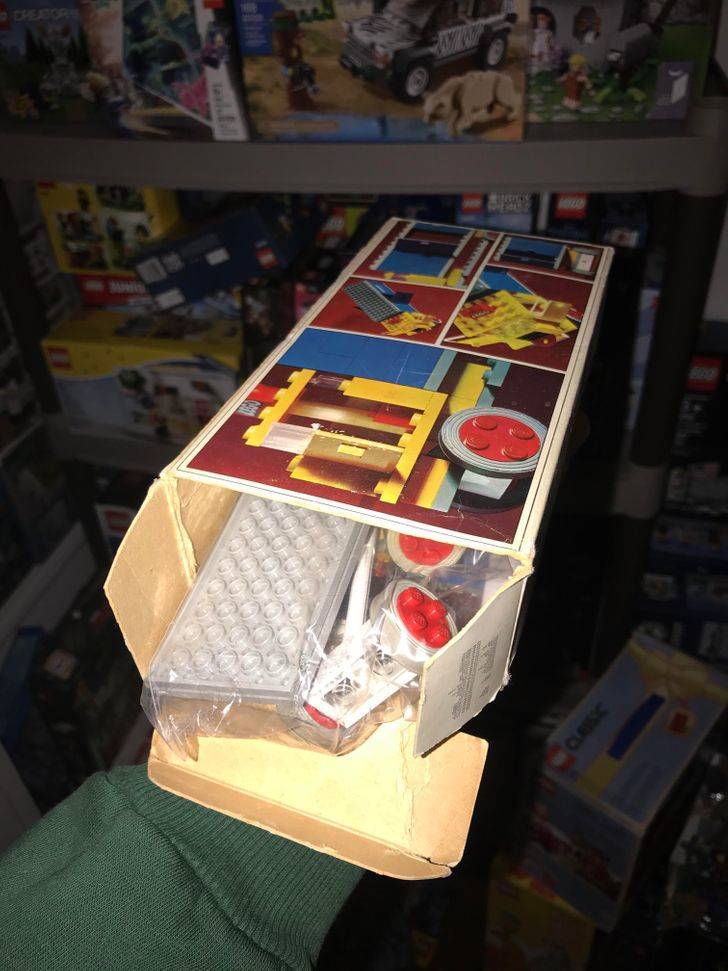 This company is one of the largest and most influential toy manufacturers in the world. They generate billions of dollars annually, even surpassing the Mattel brand (which produces TV shows, movies, and classic toys like Barbie). LEGO’s influence is such that a few collectors have kept limited edition sets for years, which are now considered to be precious. For example, the man in the photo above kept the box of “set 333” for 53 years. 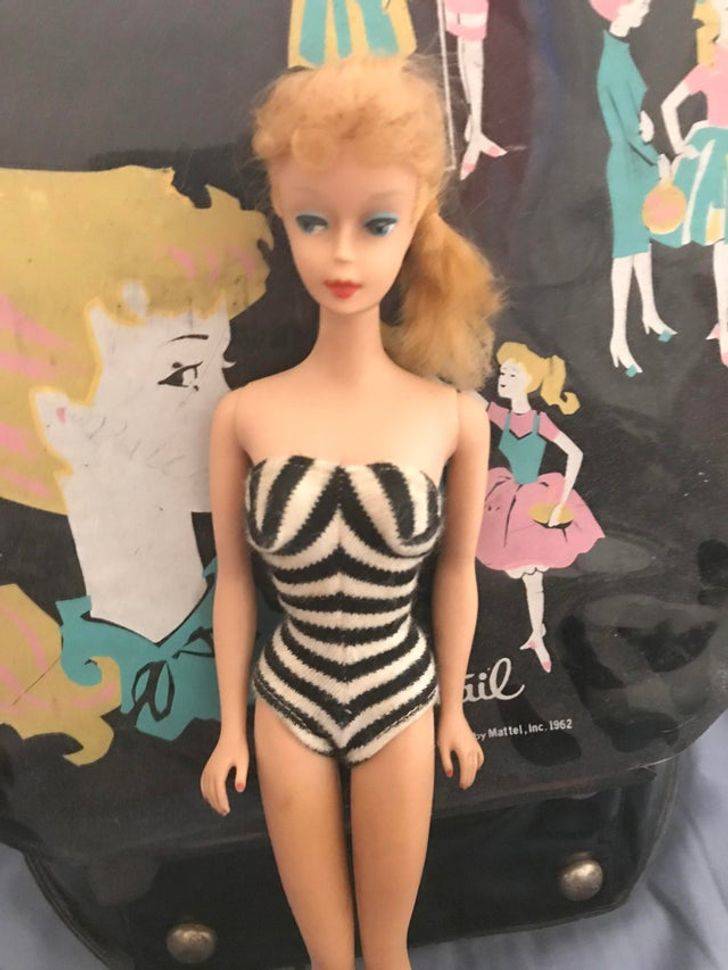 The multi-professional doll has been sold like a cold drink in the desert since it was released back in 1959. Even the brand itself has repeatedly bragged about how they sell 3 Barbie’s per second. Today, many people’s favorite doll has starred in movies, TV series, and of course, is produced in countless styles and models. 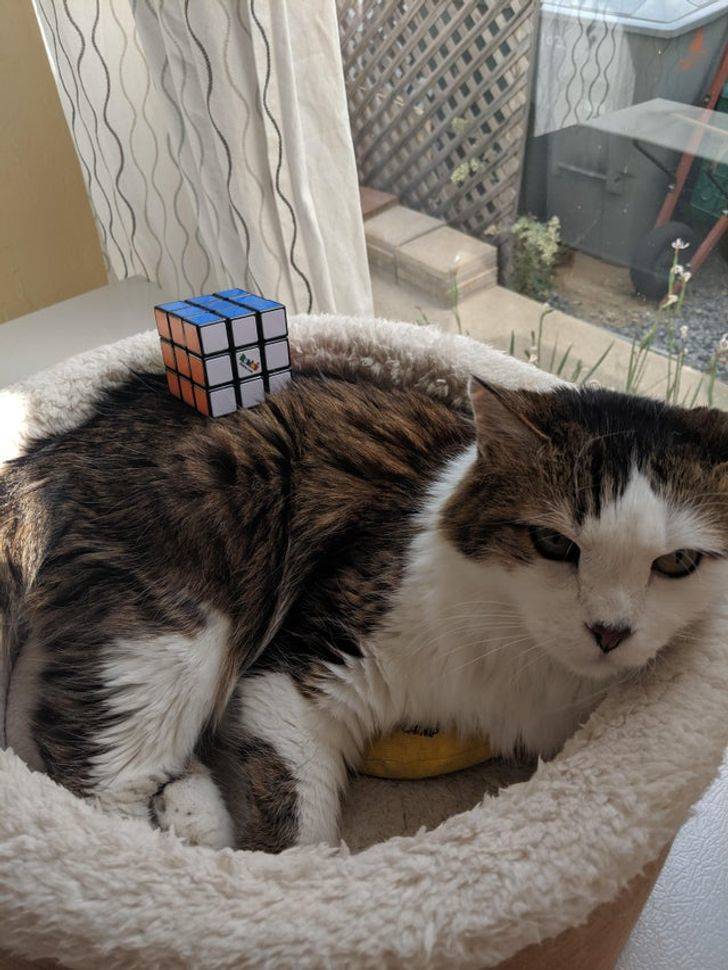 This toy was designed by Hungarian professor Ernő Rubik in 1974 and has sold nearly 350 million units worldwide, according to 2009 data. For beginners, the puzzle is far from being an easy one to put together. When he first came up with the idea, Rubik decided to undertake the challenge of solving his own puzzle. It took him a whole month to solve it even though he was the one who created it… 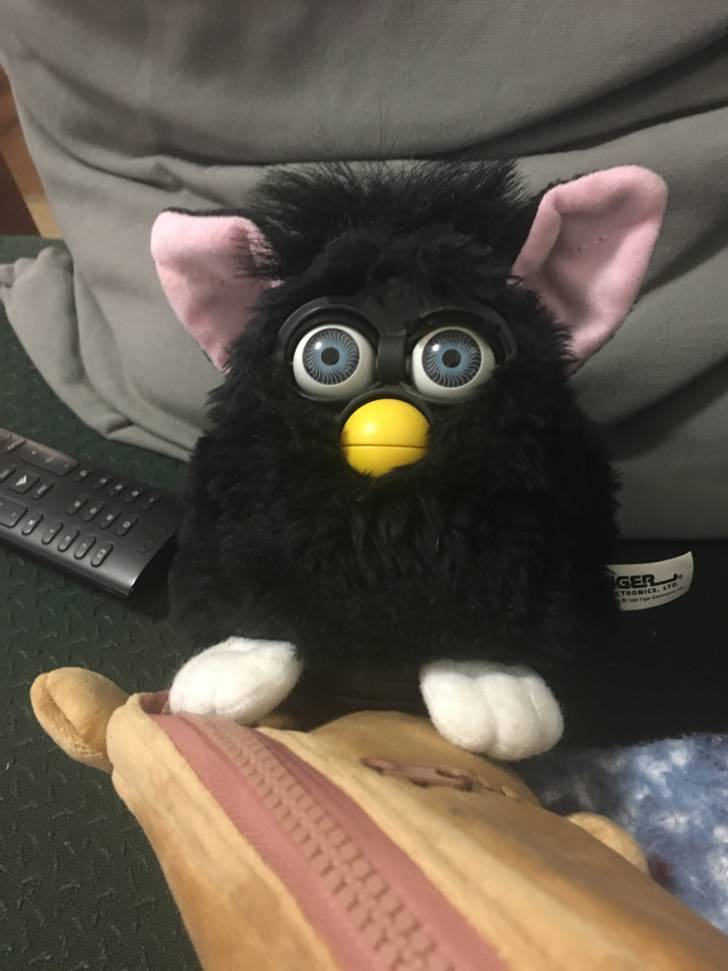 A Furby is a toy that captivated many kids who grew up in the late ’90s. Furbys sold about 27 million units in their release year alone. Their main appeal was their ability to learn and improve their speech. In fact, the toy starts by speaking its own language, “Furbish,” which is made up of a few simple words. But as time goes by, it becomes fluent in English.

A lucky girl commented on Reddit that her boyfriend gave her a Furby from the first edition, released in 1998. She said that she was looking forward to personalizing her gift. 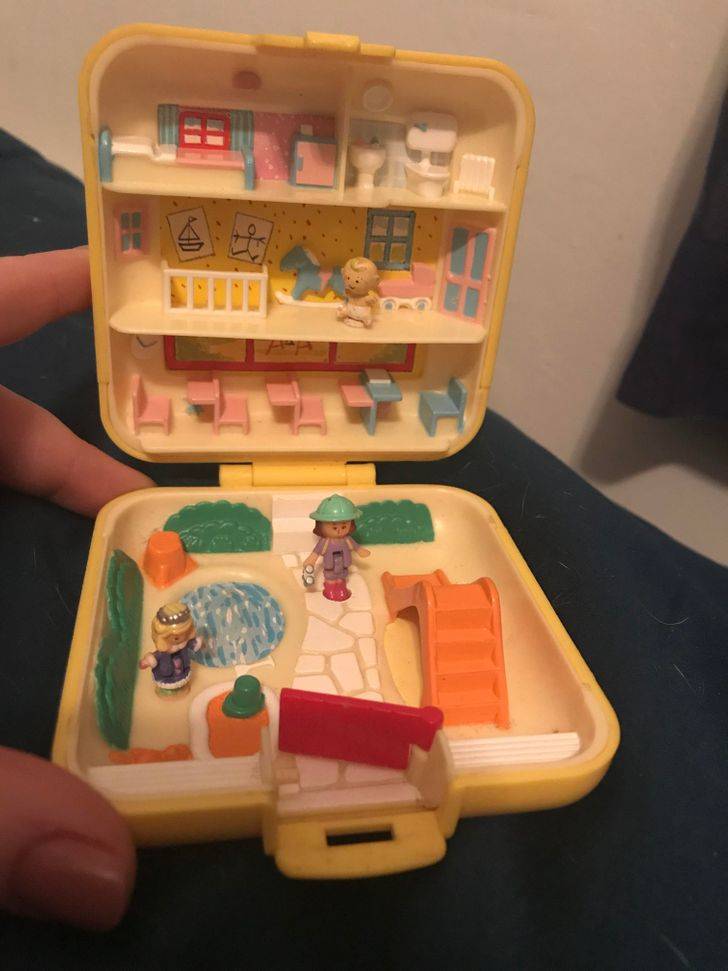 Polly Pocket is a small doll, so small she can fit into a pocket, as her name suggests. This toy comes in a themed box that adapts to the doll’s size and purpose. Currently, the toy line belongs to Mattel, but the original idea was developed by Chris Wiggs in 1983. He first came up with the idea so that his daughter could take her doll with her.

Luckily, some people have found some of the first editions of Polly Pocket at home. How nostalgic to find those toys that we used every day when we were kids! 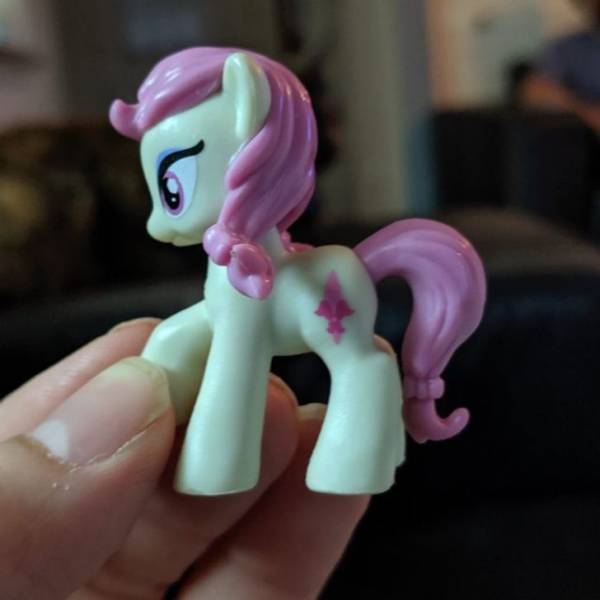 My Little Pony is a toy made by Hasbro, and it features a line of colorful ponies with long hair and other distinctive details on their bodies. Since 1981, and to date, this toy has been modified a total of 4 times, making it a definite classic. Thanks to the inclusion of this last look, which was inspired by the animated television series, My Little Pony: Friendship Is Magic, in 2010, the brand skyrocketed its sales even further and has managed to make itself into a multi-million dollar business. 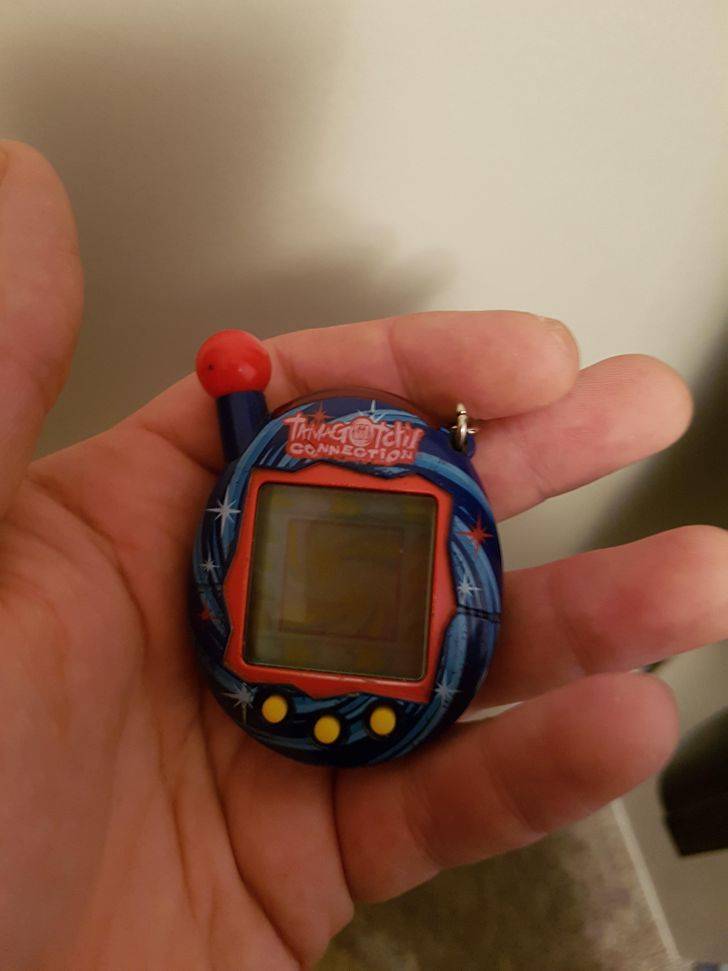 A Tamagotchi is a virtual pet that was created in 1996. It is a small electronic device, shaped like an egg, that has a few buttons that allow us to see and manipulate the needs of the creature “living inside” the device. 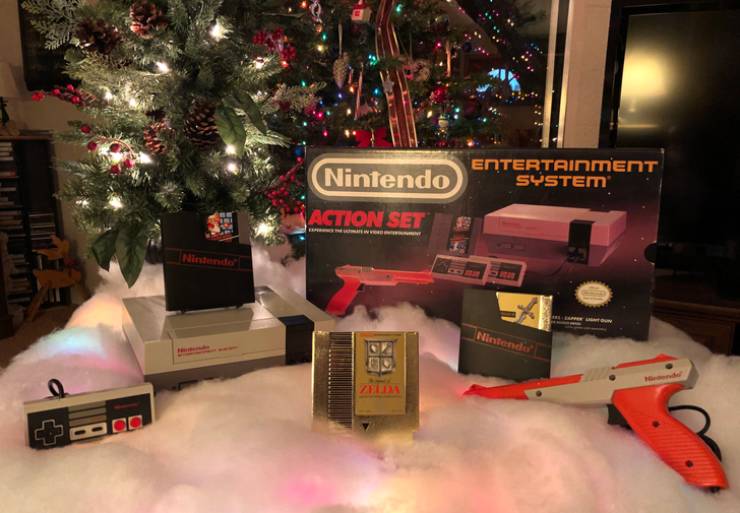 Nintendo NES is the brand’s second video game console, launched between 1983 and 1987. It was a childhood classic toy, and it was re-launched in 2016, especially for those who were nostalgic and who wanted to bring their favorite video games back to life. They also happen to have some of the best games of the past decades. This console was considered the most successful video game console of its time, and one of the best sellers in the history of video games. 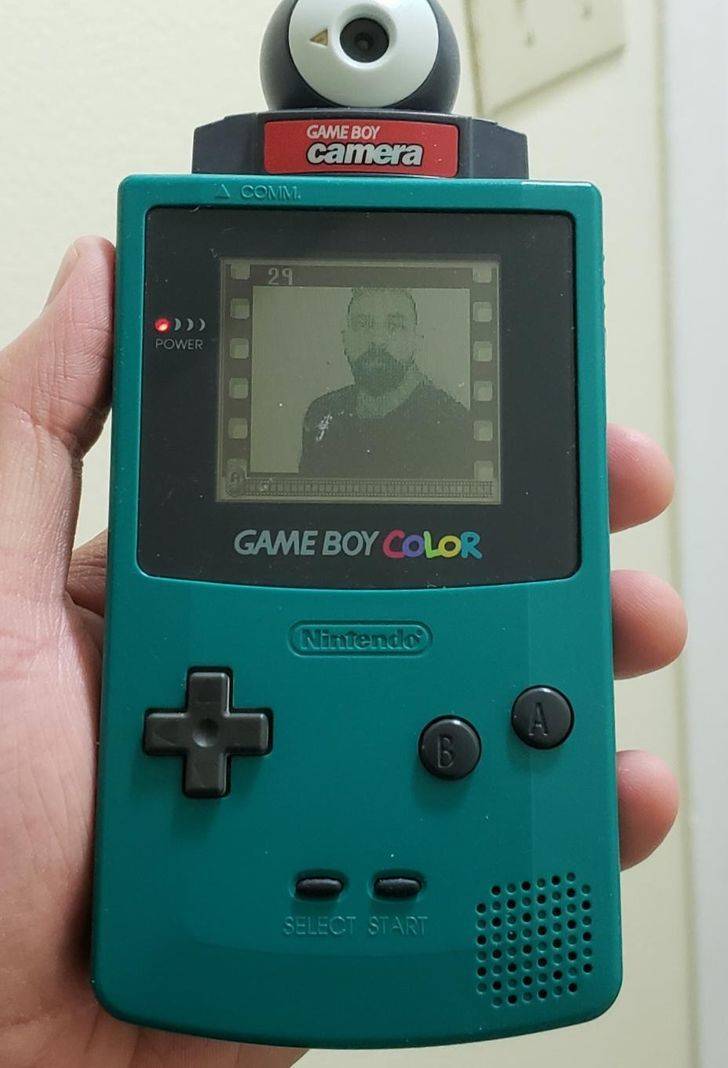 Nintendo’s handheld game console was a classic and one of the best-selling game gadgets ever sold worldwide. It is believed that from the early 1990s to the first decade of the 2000s, if you add up sales from the classic and the color models, about 118 million units were sold. 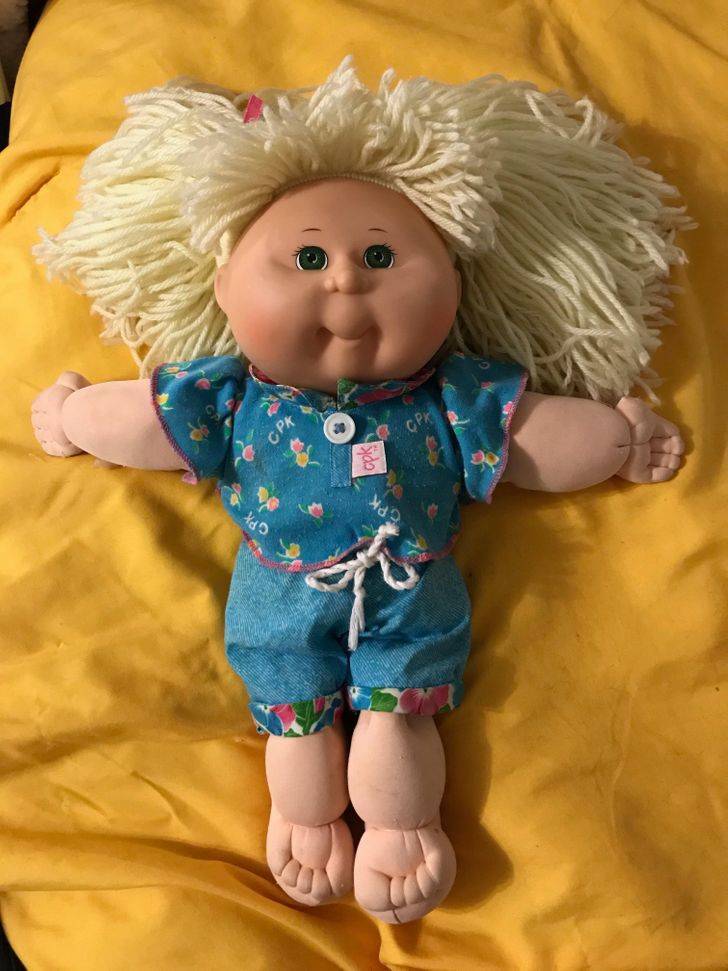 These were dolls that gained fame in the 1980s and are still produced today. Their main characteristics were their light body, their big head, and their originality, since none of them had the same hair and eye color. They generated revenues of up to one billion dollars. 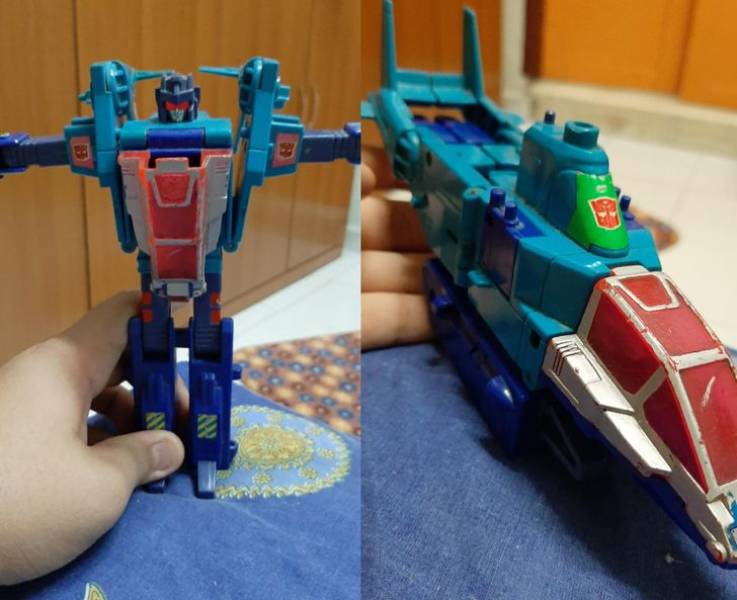 The Transformers brand is an entertainment franchise that includes a line of toys based on 2 races of robots: Autobots and Decepticons from the planet Cybertron. The toys (which also featured several seasons of animated TV series, movies, comics, and more) have the ability to transform themselves (hence the name) into powerful vehicles, according to what the situation requires. 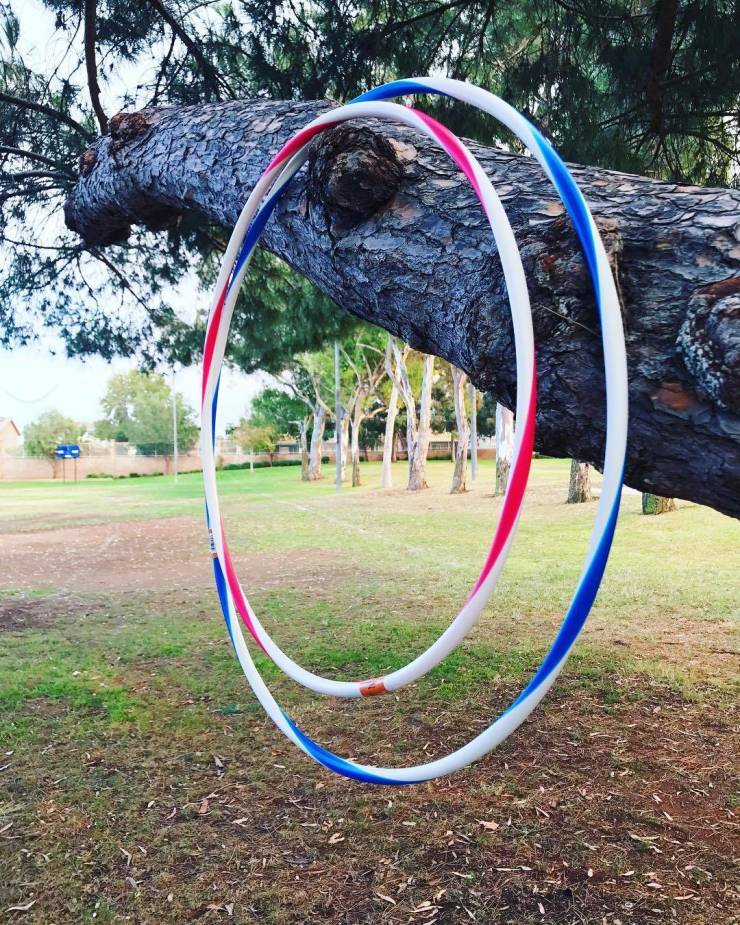 This might be one of the oldest and most popular toys known in the history of humanity, but its origins are unclear. Native Americans, for example, used a similar device in storytelling rituals. The name “Hula” became popular after a trip that missionaries made to Hawaii. There, they noticed that during the hula dance, that is so typical of the island, you mimic the movement that occurs when you move the hoop with your body. In 1957, the hoop was brought back to the general public by 2 young men who owned a company called Wham-O. They made the hoop using hard plastic, which made the toy more resistant to wear and tear. When the new hoop was launched, nearly 100 million units were sold in 2 years. 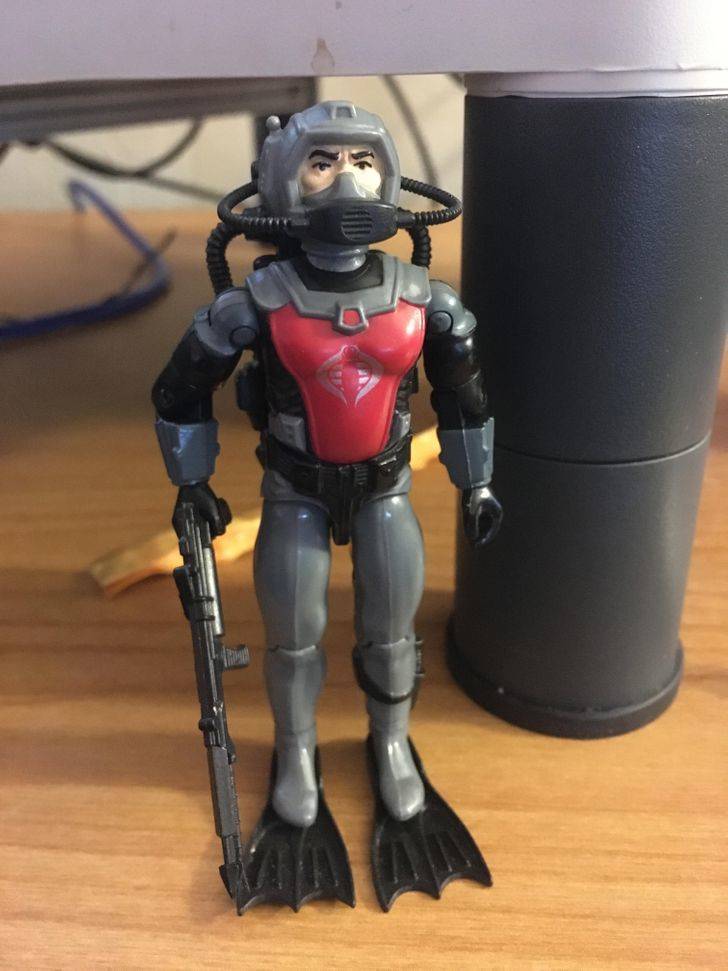 G. I. Joe is a line of military toys and figures for children. Its creator had intended to replicate the success that Barbie had among girls, but by targeting an audience that wanted a toy adapted to action and adventure. It was launched in 1964, and was one of the most popular figures of the 20th century. 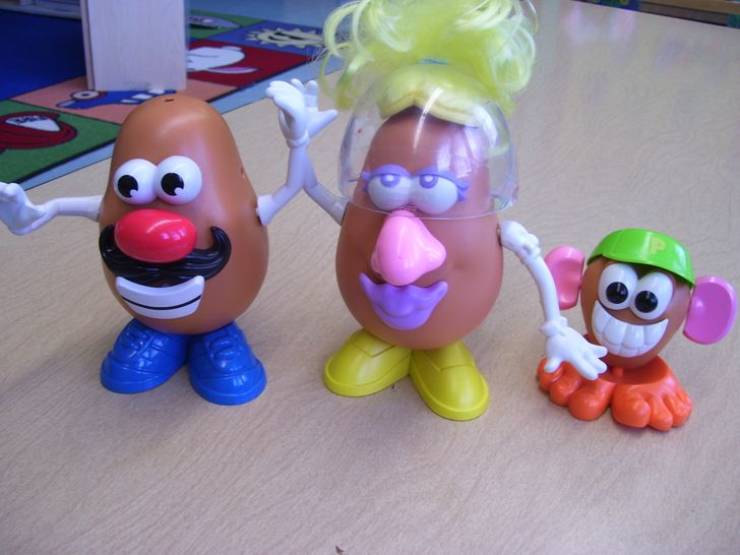 This children’s toy is a plastic potato-shaped figure that comes with several separate accessories. It was first sold between 1949-1952 as a decorative accessory for real vegetables that were sold in grocery stores. It wasn’t until 1964 that the plastic body was added. Later on, the characters of Mrs. Potato Head, their children, Brother Spud and Sister Yam, and their pets were also created. Despite being a huge success already, when Toy Story came out in 1995, it became a real hit since one of the main characters of the movie is a Mr. Potato Head toy. 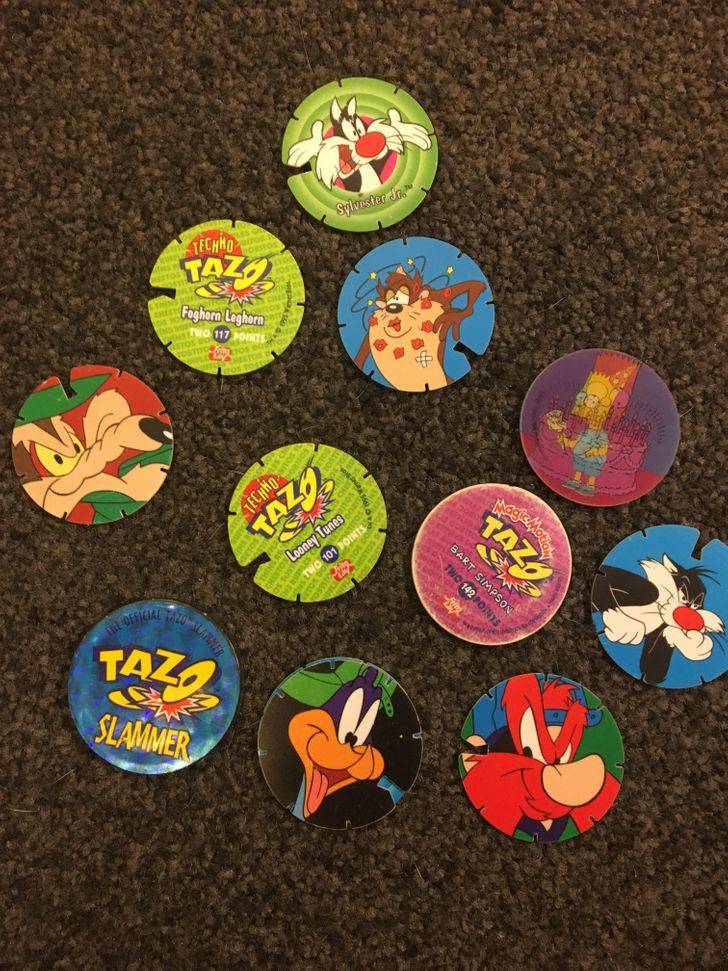 Tazos were circular shaped figures that featured cartoons. They were distributed during the 1990s and were available as a free gift inside bags of chips or other snacks, depending on the country. The disks were used to challenge other kids to a “disk battle” to win their Tazos. Today, all of the pieces are collectibles. 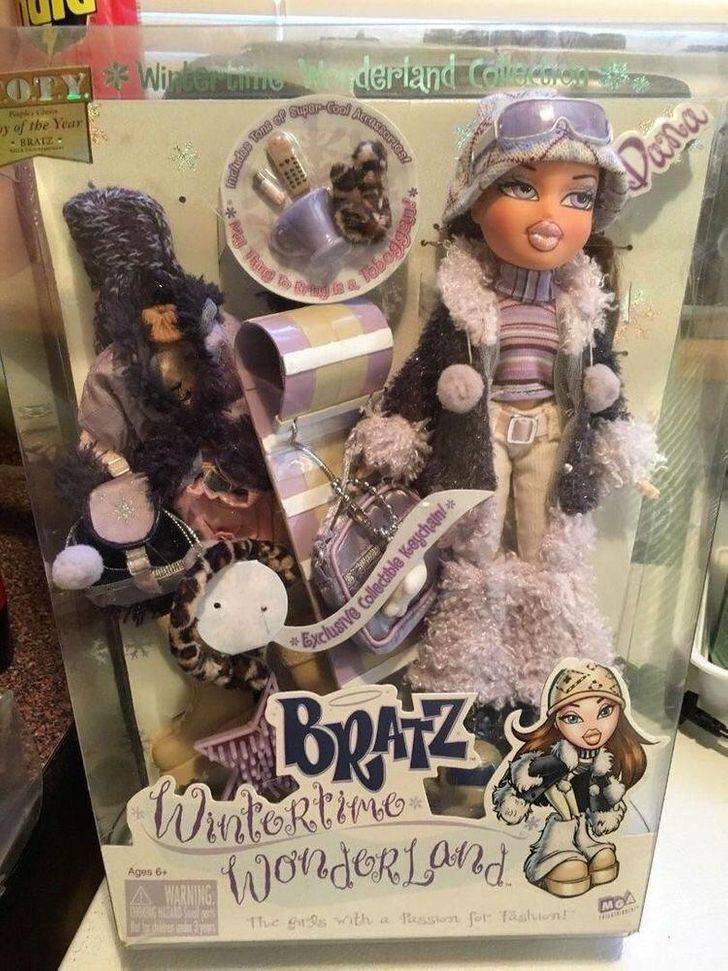 The Bratz were launched in 2001. They became a trend for girls of that generation. At that time, they were known as the “anti-Barbie dolls,” because they wore bright clothes and makeup. Despite the dirty campaign launched by their detractors, Bratz sold millions of units worldwide, along with other accessories. They even released albums and starred in their own movie, which not many toys have managed to do. In addition, this toy broke the pattern by confronting Barbie with an innovative, modern, and timeless alternative. 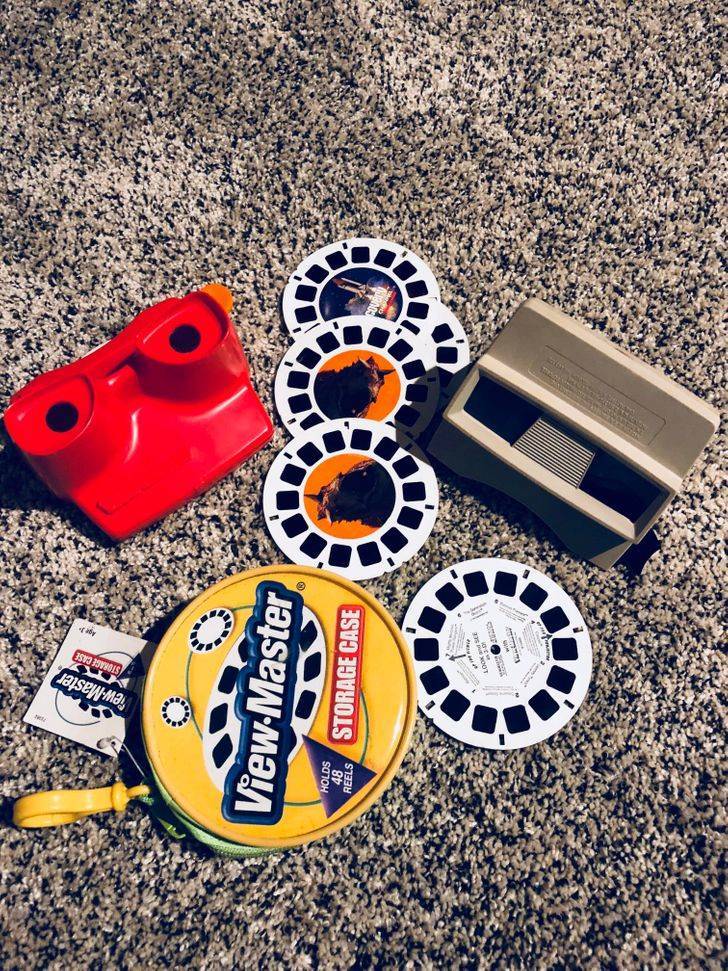 View-Master was a device used to display discs with stereoscopic images. It was a trendy toy during the 1960s. Initially, it was not meant to be used by children. The main idea was for people to use it to look at pictures of tourist attractions. With the device you could see 2 figures at the same time (one with each eye). That created a visual effect that imitated depth when looking at both objects at the same time, like you normally do with binoculars. 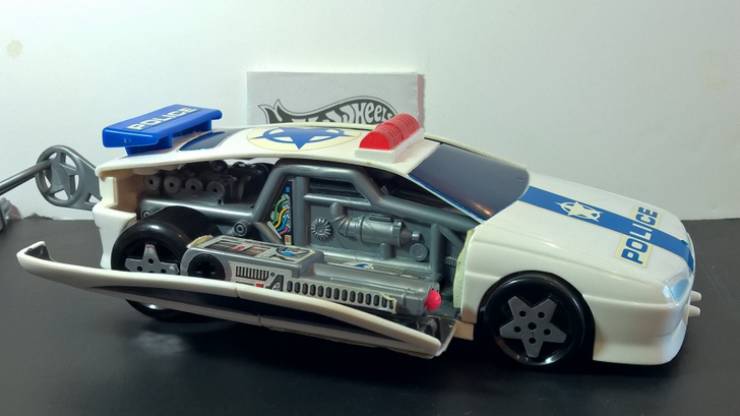 Hot Wheels is a toy car brand owned by Mattel. It was first launched in 1968. The scale vehicles have eye-catching designs and finishings, similar to the real race cars you see in movies or at the tracks. They have become one of the most popular toys, and today they are collector’s items. According to Mattel, about 3 billion cars have been produced, and about 800 different models have been designed — making it one of the most successful lines of toys ever. 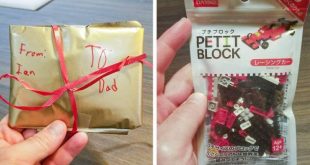 The Best Gifts You Can Get 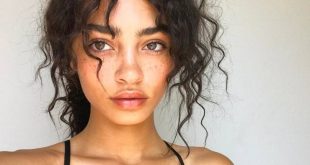 16 Photos Prove That Mixed Races Can Be Beautiful! 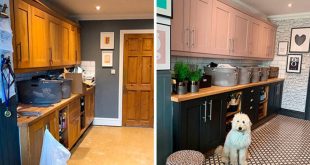