Just for Terminator 2: Judgment Day, Linda Hamilton learned to open locks with paperclips. And she is really doing it in the scene where she escapes from the mental hospital. 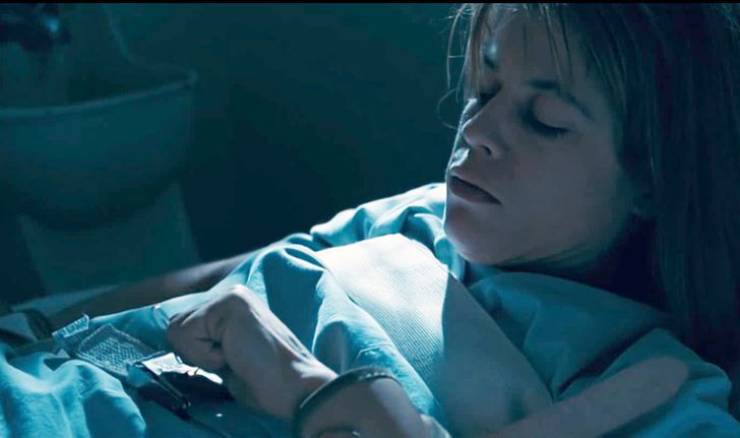 In order to prepare for the main role on The Theory of Everything, Eddie Redmayne lost almost 15 pounds and was training to contort his body for 4 months to be able to move like people suffering from the same motor neuronal disease. Redmayne would stand in front of the mirror for hours, learning to contort his face correctly. Also, he kept hunching over between takes. Eventually, according to his osteopath, the actor had altered the alignment of his spine. 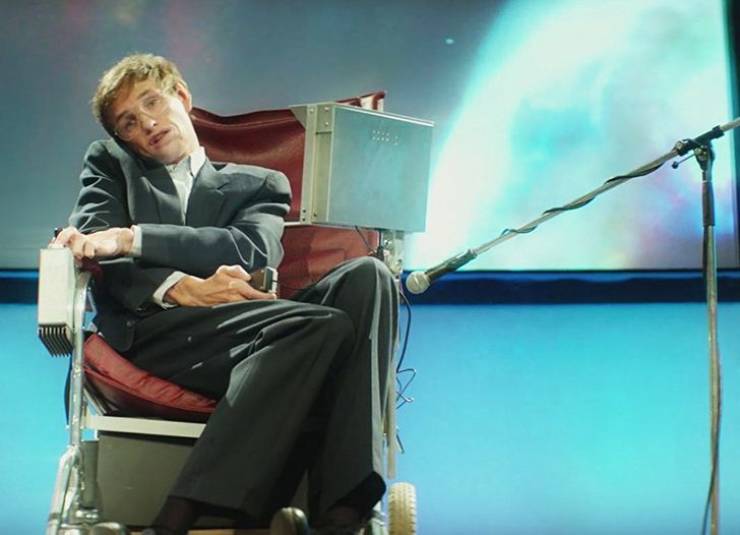 The actors of Interview With The Vampire had to hang upside down for 30 minutes before starting filming. It was done so that makeup artists could apply the makeup correctly. Due to such a position, blood would rush to the head, and the blood vessels would start to protrude on the face. After this, makeup artists used the actors’ swollen veins to create the horrible look of the vampires. 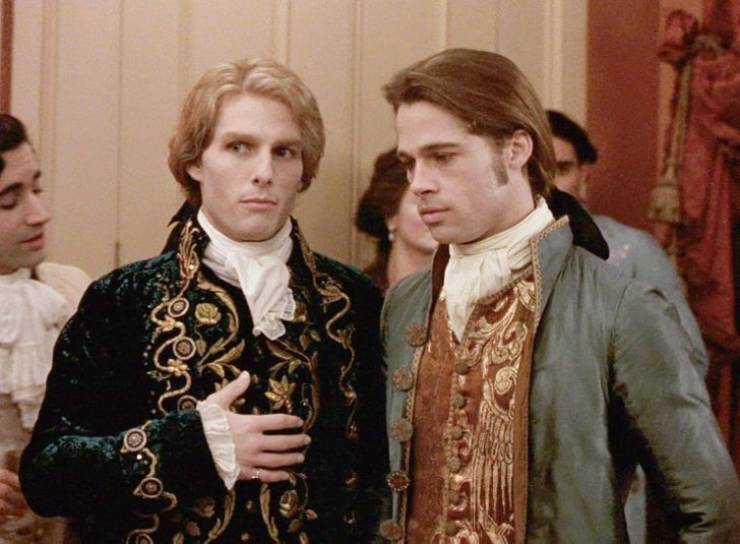 While filming Lord Of The Rings Fellowship Of Ring, the actors had to fly to very high, mountainous remote locations by helicopter. Sean Bean, who played Boromir, was scared to fly, which is why he would spend 2 hours daily ascending the mountain, already dressed as Boromir. 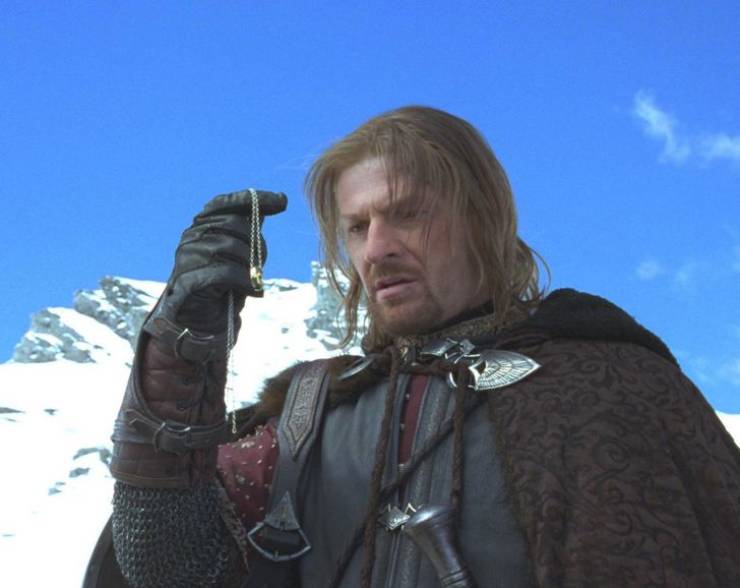 In Captain Phillips, the phrase, “Look at me! I’m the captain now!” was an improvisation of the debutant actor, Barkhad Abdi. That’s the reason why Tom Hanks looks so naturally surprised in the frame. By the way, after the movie’s release, Abdi was nominated for an Oscar for “best-supporting actor.” 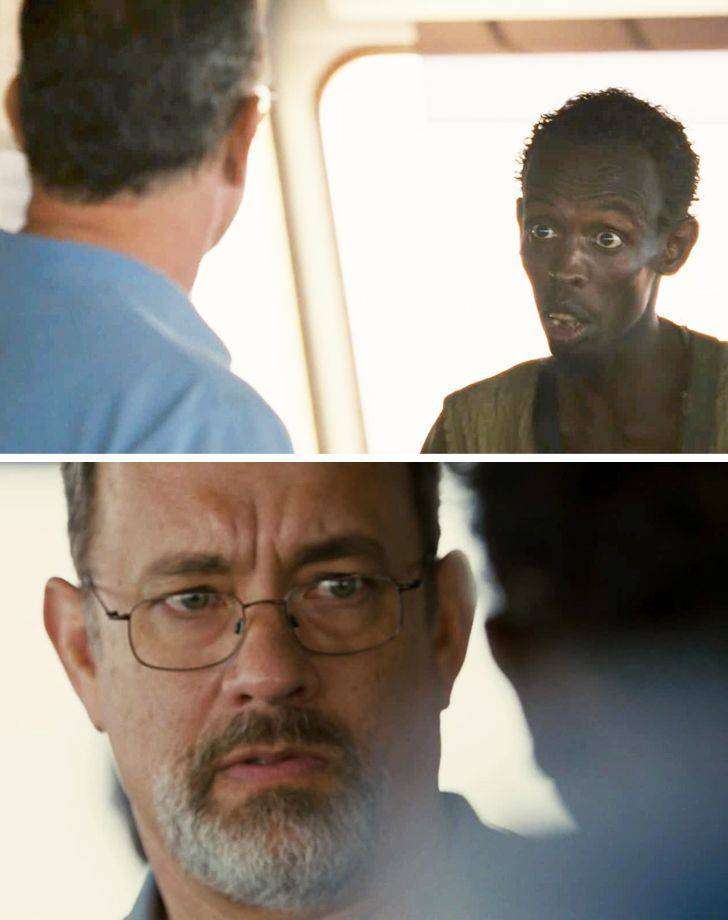 When Keanu Reeves runs up to the mined bus in Speed, he hits the bus door and breaks the glass. It happened accidentally, but the scene was kept in the final version of the flick. 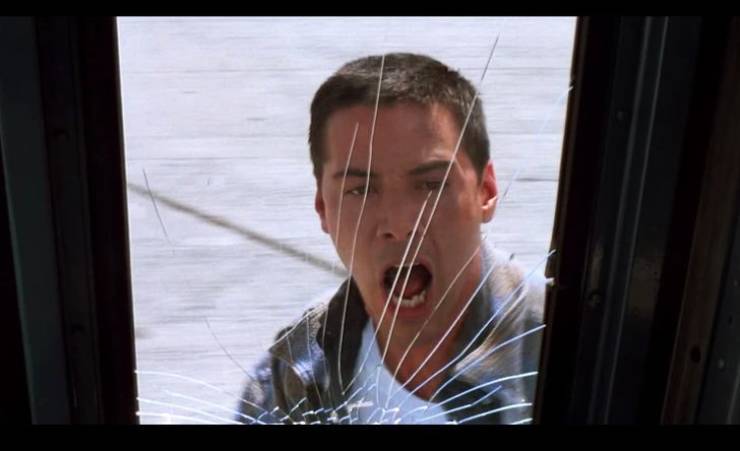 By the way, the most famous scene in this movie contains the jump from the bus through the gap on the freeway. In fact, the bridge was completely put together — it’s wasn’t until later that it was removed digitally. A flock of flying birds was added digitally too. But the bus really did take off in this scene, and a special ramp was built for these purposes. The bus reached a speed of 61 mph and traveled 109 feet up in the air. Moreover, its front wheels suddenly reached an altitude of 20 feet off the ground, which was higher than anyone had expected, including the cameramen. It resulted in the front part of the bus going out of the frame.

Before robbing the bank, the characters of Baby Driver are putting on masks that look like Mike Myers. The studio wanted to use original Michael Myers masks from Halloween but failed to get legal permission to do it. That’s when the producers called Mike Myers, and he gave them permission to use the masks that looked like his face. 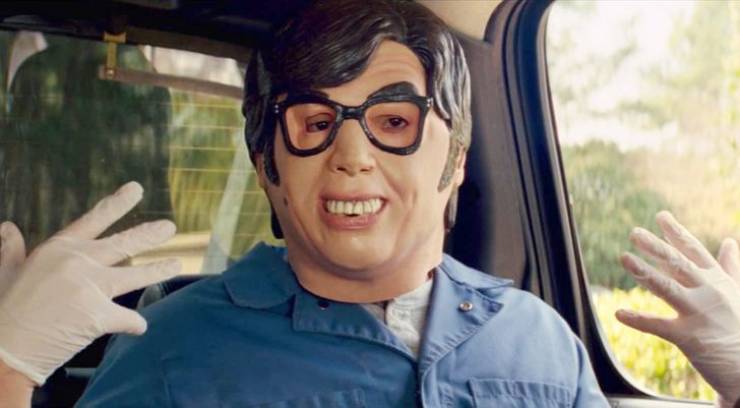 In order to shoot the scene with the Well of Souls, the producers of Raiders Of The Lost Ark checked every zoo shop in London and in the south of England where this episode was filmed. They wanted to get every snake possible. But once they all appeared onset, it became clear that there weren’t enough of them. That’s why Steven Spielberg cut several hoses into pieces and placed them among real snakes. If you look closely, you’ll be able to distinguish the real snakes from fake ones. 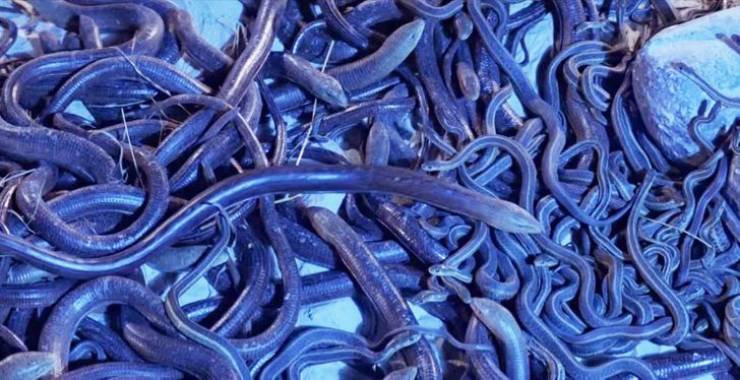 In one of the scenes from Alien Resurrection, Sigourney Weaver throws a basketball ball into the basket, standing at a far distance with her back turned to it. In order to make this trick happen, Weaver trained for 3 weeks under the supervision of a basketball trainer. The actress considers her shot one of the best moments in her life after her wedding day and the birth of her daughter. 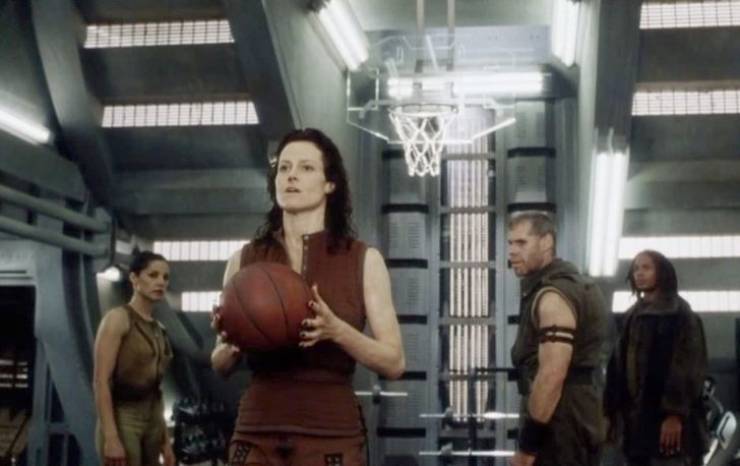 The dog who appeared in I Am Legend was found in a shelter by the animal trainer. It had a perfect appearance but wasn’t trained. The trainer had several weeks to teach her to perform necessary commands. 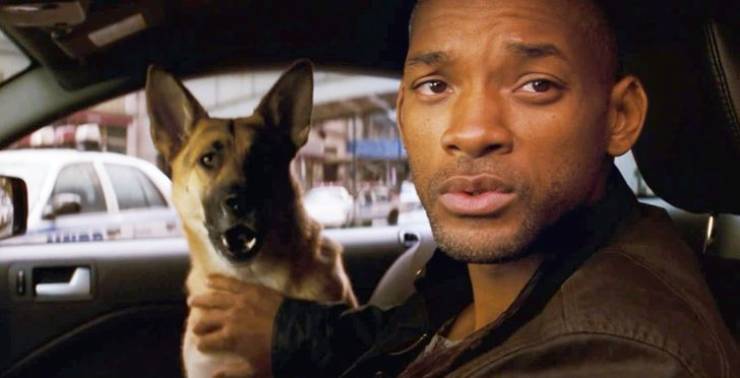 In the same flick, the roles of some mannequins in the video shop were played by real people. If you look closely, you will be able to see them moving. 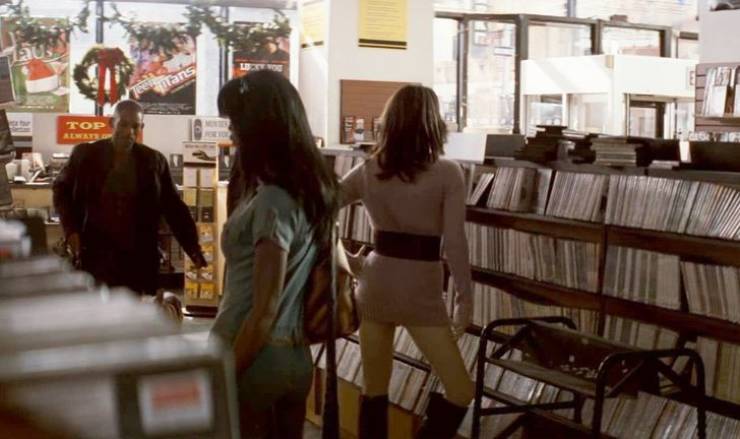 In a scene from The Devil Wears Prada, when Miranda and Andy are having a ride in the back seat of the car in Paris, the filmmakers used an S-class Mercedes that was physically cut in half. It helped the cameramen get the needed angles. 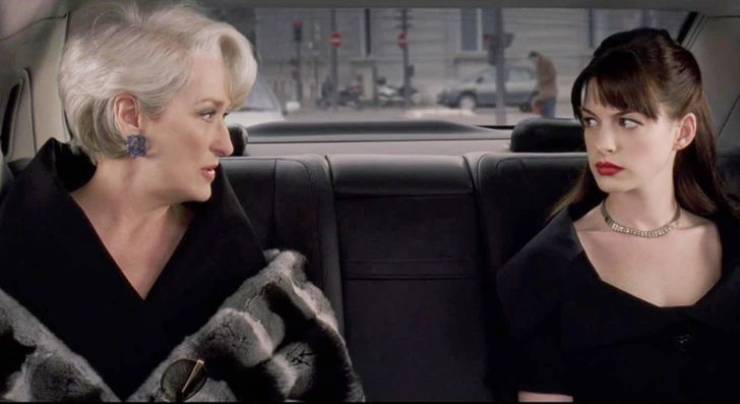 In one of the scenes in Fight Club, the characters played by Brad Pitt and Edward Norton are making soap. The actors really learned to make soap onset. 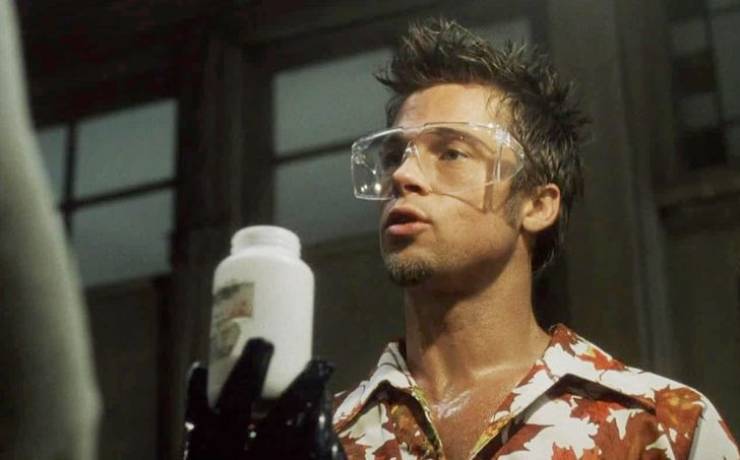 An airport was built especially for The Terminal — it looked like an almost exact copy of the Düsseldorf Airport. It was built in a former hangar with 3 working sets of escalators and full of many big franchises, such as Burger King, Mrs. Fields, and WHSmith. 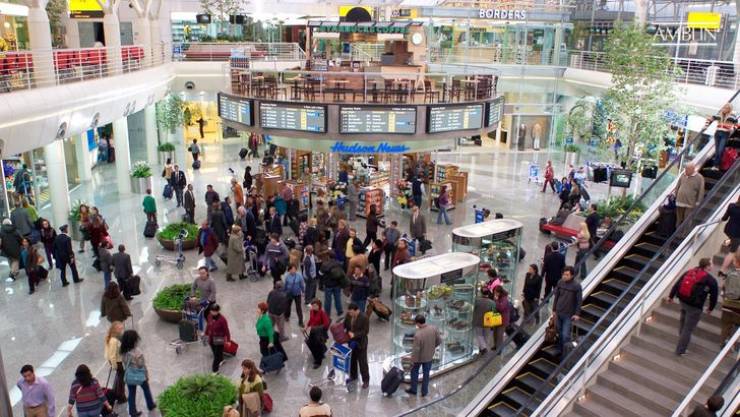 In Slumdog Millionaire, the main hero, a young Jamal, falls into a hole in the public bathroom. In fact, the pile of excrement was filled with a mix of peanut butter and chocolate. 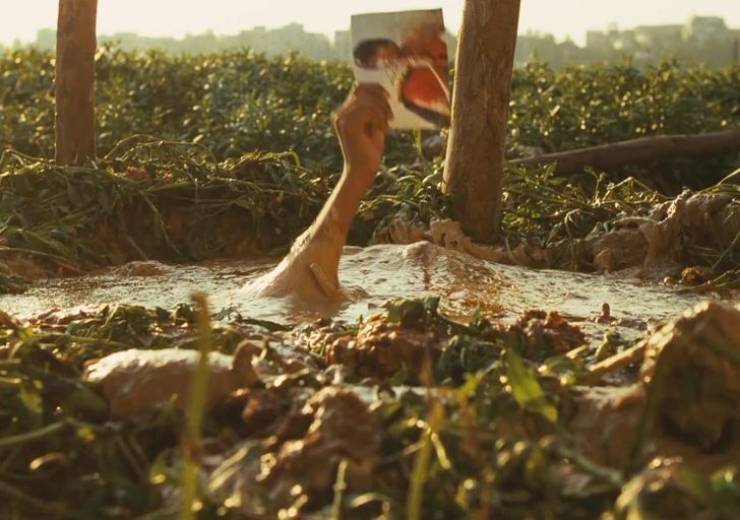 In The Godfather, there is a scene where Vito Corleone, who has just returned from the hospital, is carried by assistants to the second floor up the stairs. While shooting this episode, Marlon Brando put weights under his body in jest to make it harder to lift him. 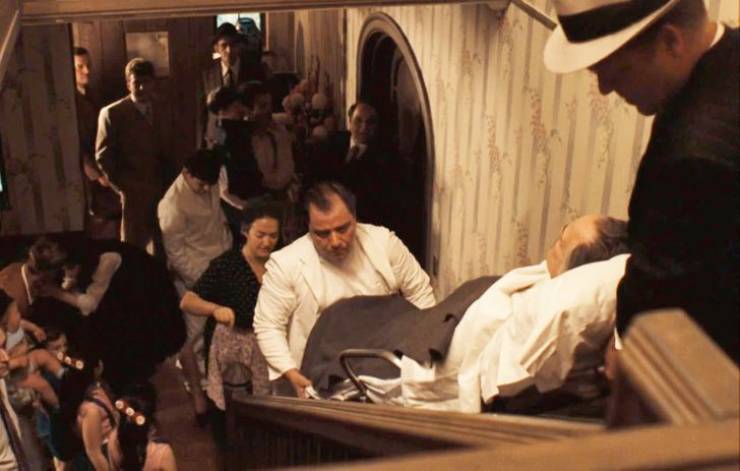 In Star Wars: The Phantom Menace, there are waterfalls on the Naboo planet. In fact, specially created mini-worlds where the flows of salt were used instead of the falling water were created. 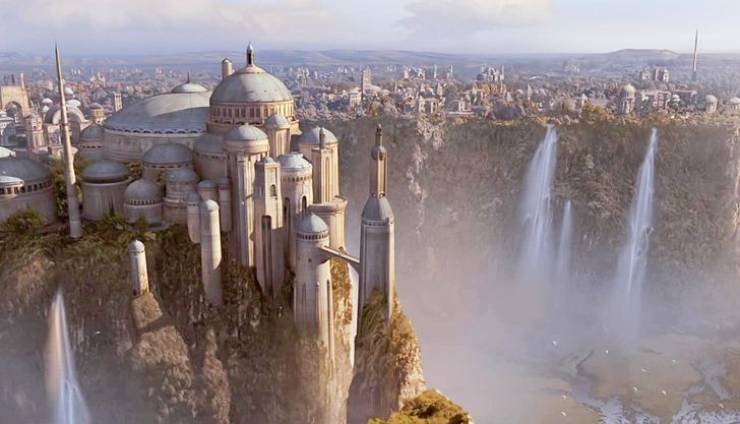 The breath that comes out of the actors’ and actresses’ mouths in the cold scenes in The Day After Tomorrow was added with the help of computer technology. This option turned out to be cheaper than using special freezing devices. 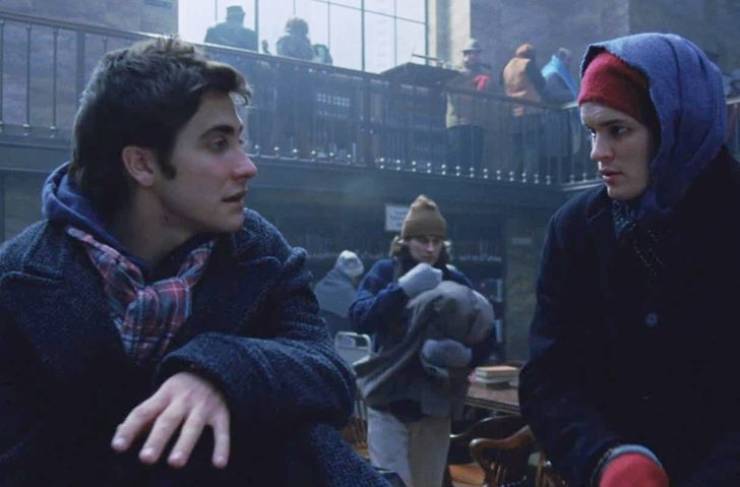