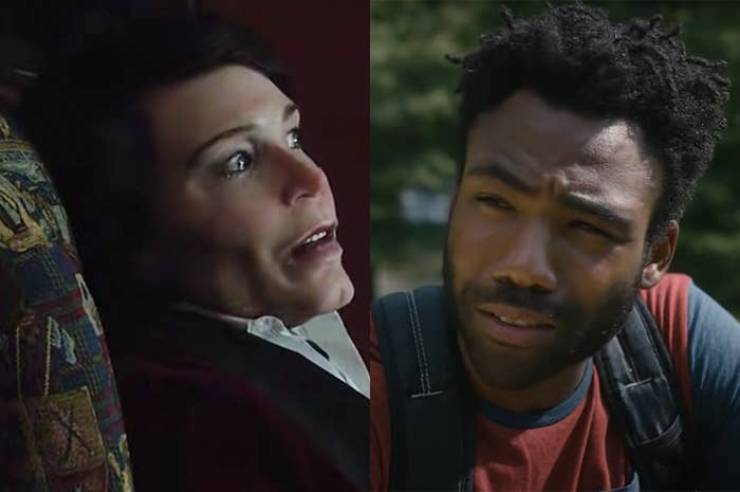 While filming the episode, Donald stayed completely in character, even between takes. The director and other actors on set referred to him as “Teddy” when asking for notes.

Before he was the Twelfth Doctor, Peter Capaldi played Lobus Caecilius, a citizen of Pompeii, on Doctor Who. 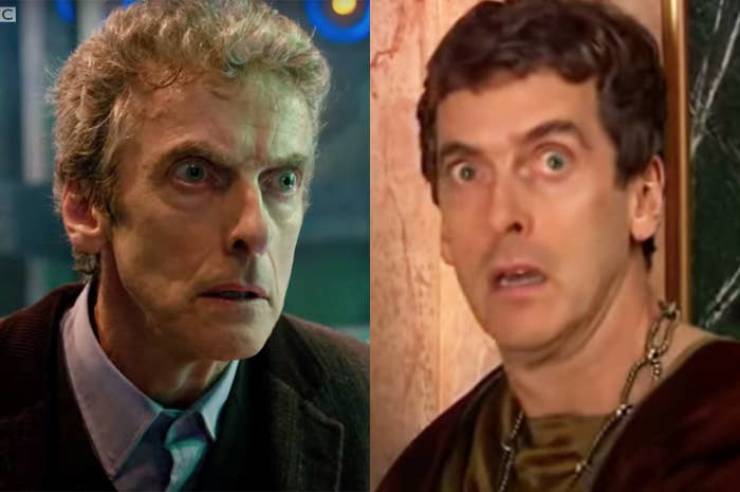 When the Doctor regenerated from Matt Smith’s Eleventh Doctor, he remembered seeing his new face in Pompeii years before. The Doctor eventually realized he’d chosen Caecelius’s face to remind himself to save people.

Sheryl Lee entered Twin Peaks as Laura Palmer, who washed up on the shore, but she returned as Laura’s identical cousin Madeline Ferguson. 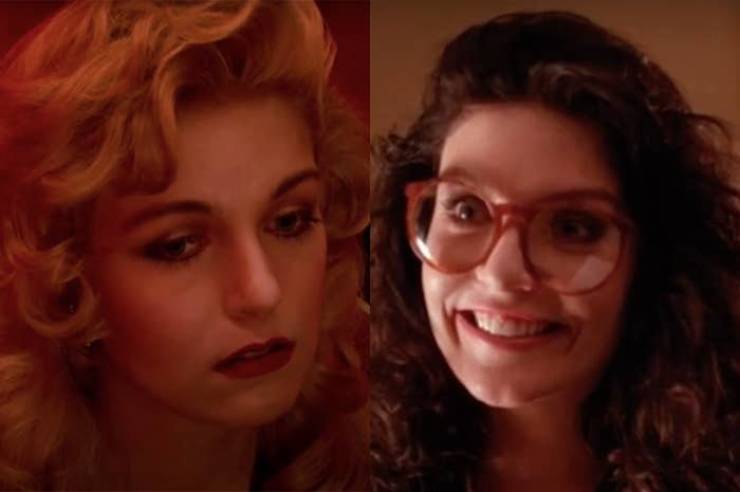 She reprised her role as Laura along with a new role — server Carrie Page — in the 2017 revival.

Justin Theroux got under Carrie Bradshaw’s skin as Jared in the first season of Sex and the City, but he returned in the second season as her boyfriend Vaughn Wysel. 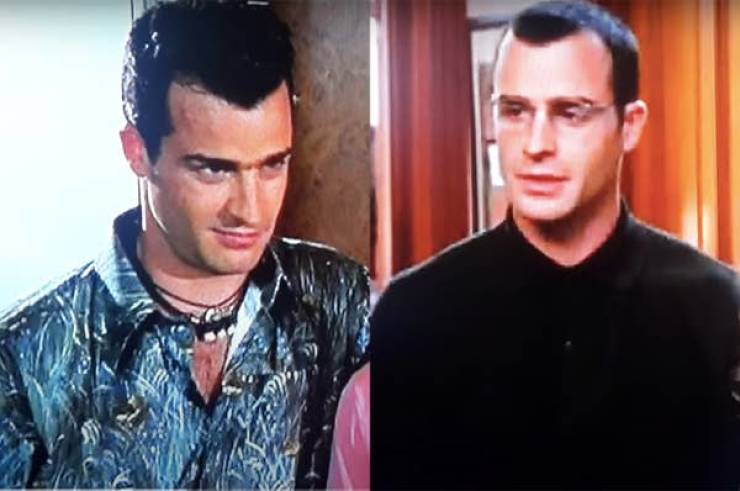 Justin told W Magazine that he was invited back for a second guest spot because the show “burned through every [New York] actor in the first couple seasons.” 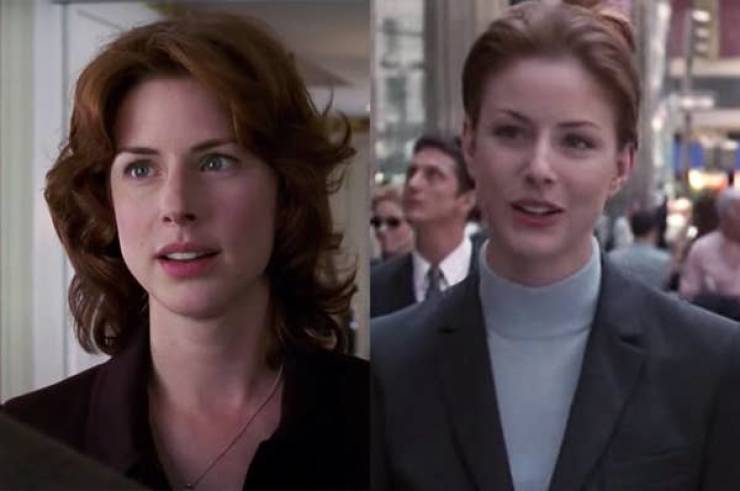 Diane told Digital Spy that working on the show gave her nightmares, but she enjoyed delving deeper into Novak’s characterization as the series went on.

David Schwimmer starred on Friends as Ross, but he also guest-starred as Rachel’s boyfriend Russ for a single episode. 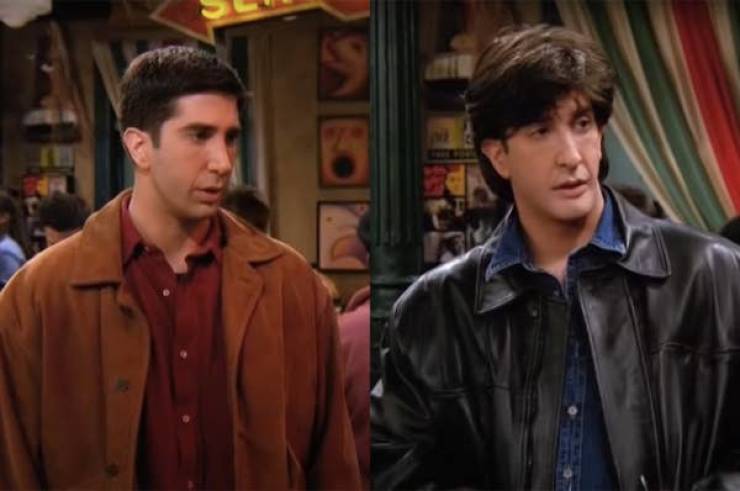 On the episode, both Ross and Rachel were unable to see the similarities between the two.

S. Epatha Merkerson played Denise Winters, the mother of a shooting victim, on Law & Order before she was cast as Lieutenant Anita Van Buren. She also played Sharon Goodwin on Chicago Med, which is part of a franchise that crossed over with SVU several times.

Dean-Charles Chapman played a small role in the third season of Game of Thrones as Martyn Lannister, but he quickly returned as King Tommen Baratheon. 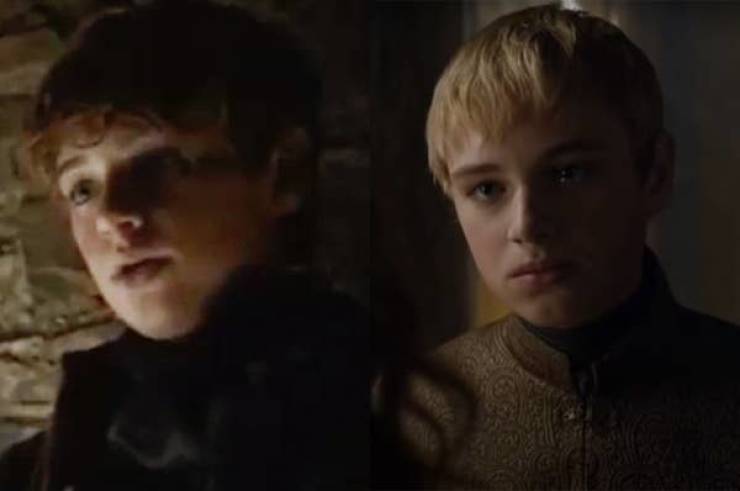 Tommen was portrayed by Callum Wharry in the first two seasons before the role was recast.

Nina Dobrev starred in The Vampire Diaries as Elena Gilbert, but she also played Katherine Pierce, who converted both Salvatore brothers into vampires. 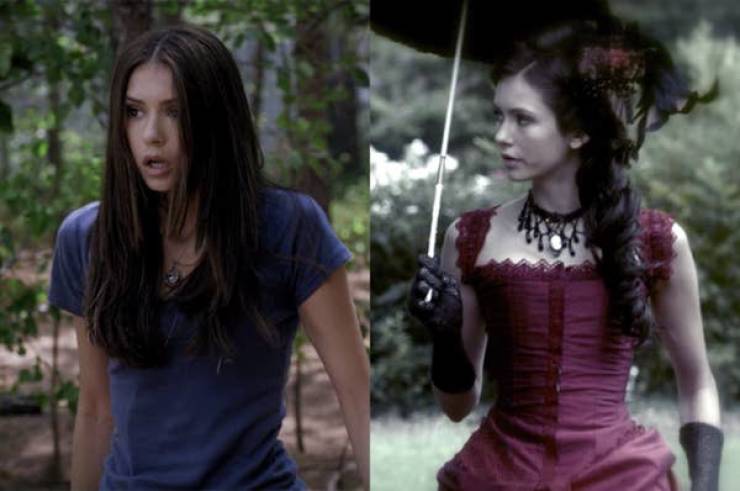 Nina also played Amara, the first immortal woman to exist in the world of The Vampire Diaries. Both Elena and Katherine were Shadow Shelves who were born to die in Amara’s place. 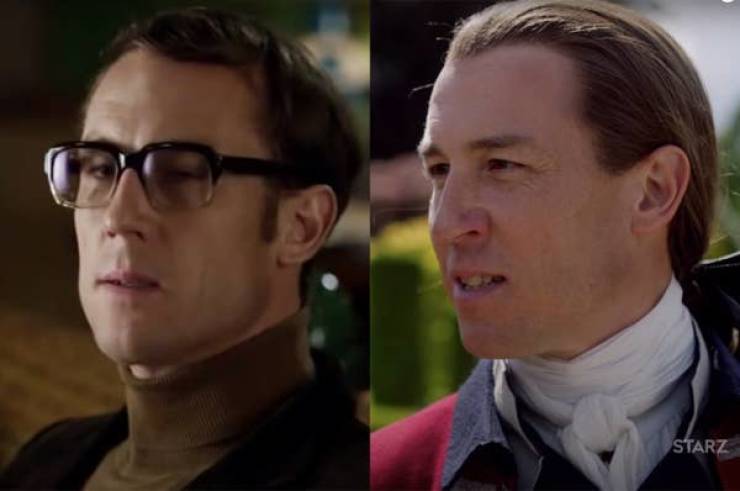 In the books the show is based on, the descriptions of Frank and Black Jack say they look exactly alike.

Jeffrey Wright starred in the first season of Westworld as Bernard Lowe, but he also appeared in crucial flashbacks as Arnold Weber, one of the Westworld founders. 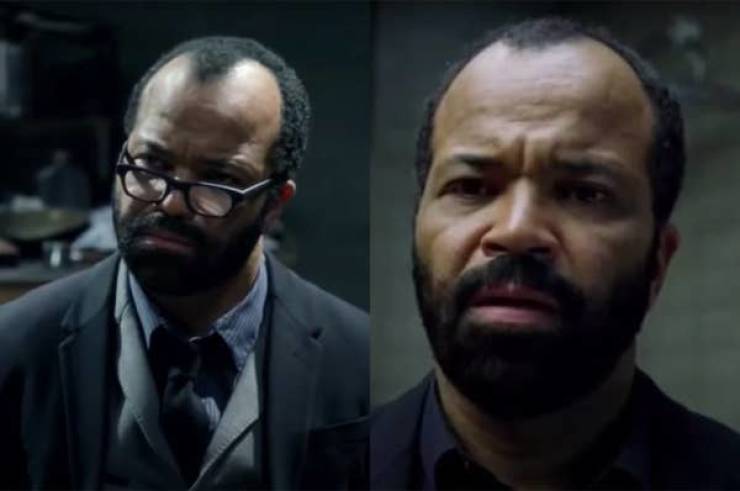 Bernard was unaware he was a “host” created in the image of Arnold.

Martin Lawrence starred on Martin as Martin Payne, but he also played several other character, such as Mama Payne and Sheneneh Jenkins. 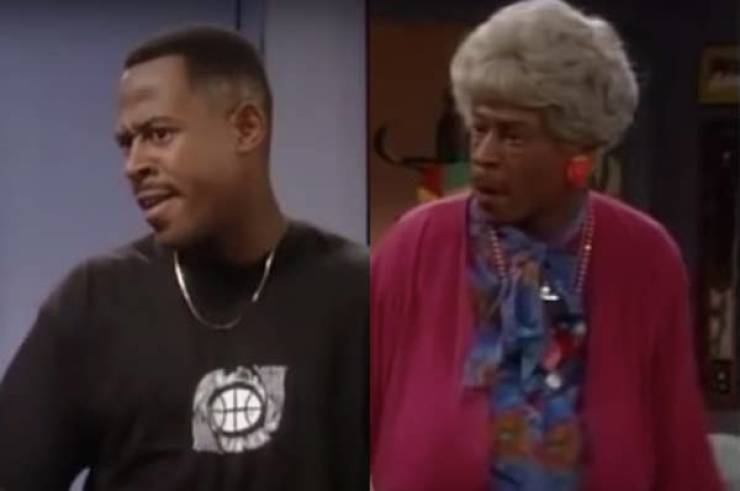 He played a total of 10 characters, including the lead, across the show’s five seasons. 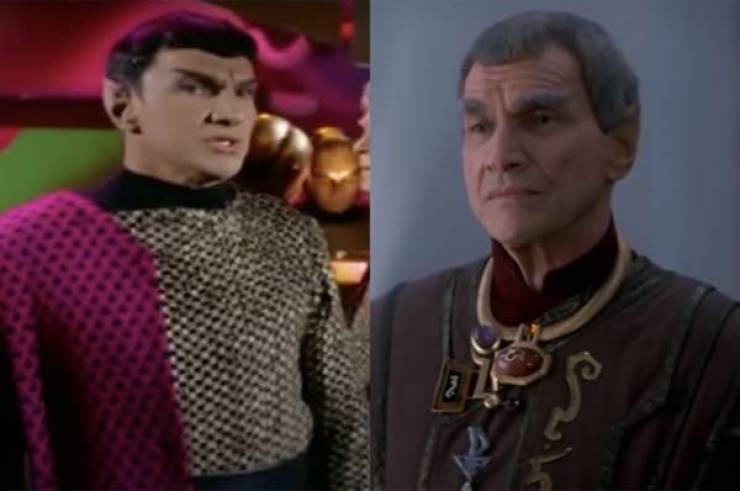 He reprised his role of Sarek in three Star Trek movies and two episodes of Star Trek: The Next Generation.

Karen Gillan played the Soothsayer on an episode of Doctor Who before she was cast in the lead role of Amy Pond. 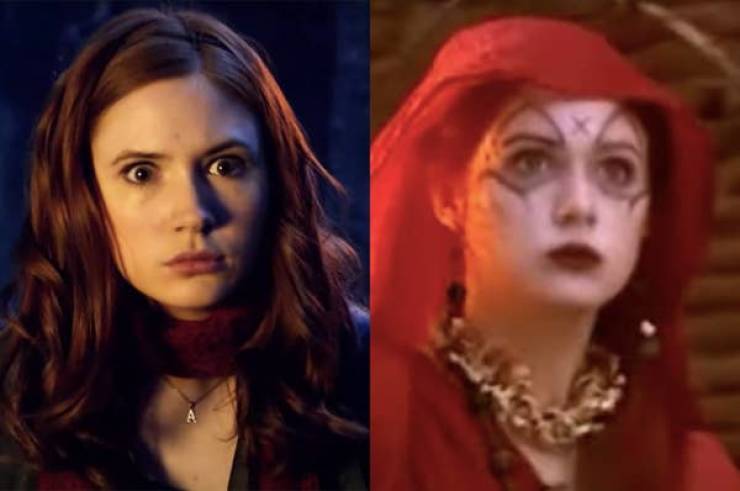 She appeared in the same episode that future Twelfth Doctor Peter Capaldi was in. However, they didn’t share the screen as Doctor and companion.

Ted McGinley played Norman Jablonsky, an alternative version of Al Bundy, on Married with Children before landing the role of Jefferson D’Arcy. Jefferson D’Arcy was written into the show as neighbor Marcy Rhoades’ second husband after David Garrison, who played her first husband Steve, left to focus on his career in live theater.

Terry O’Quinn played Lt. Brian Tillman in the second season of The X-Files, and he returned in the ninth season as The Shadow Man. Before she was Ensign Ro Laren, Michelle Forbes played Dara, an alien scientist’s daughter, on an episode of Star Trek: The Next Generation. 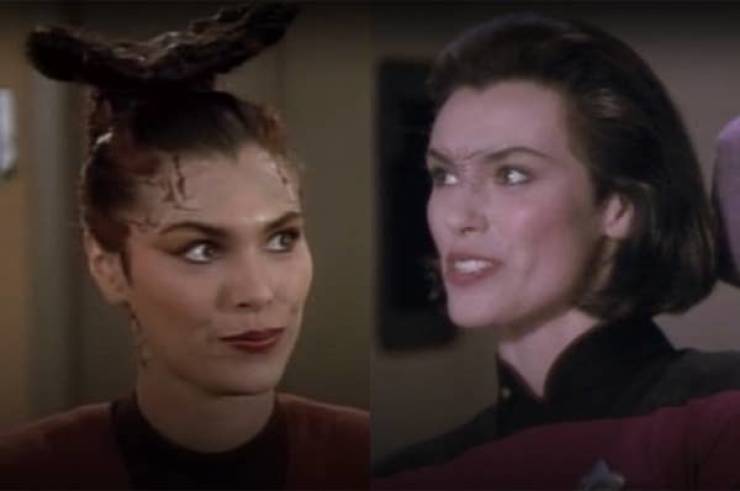 She’s been asked to reprise the role of Ro Laren in two other Star Trek projects, but she turned both offers down.

Garret Dillahunt played two murderers on Deadwood — Jack McCall in the first season and Francis Wolcott in the second. Jack McCall and his victim, Wild Bill Hickok, were based on real historical figures.

And Elizabeth Gillies starred in Dynasty as Fallon, but she also played Alexis, Fallon’s mother. 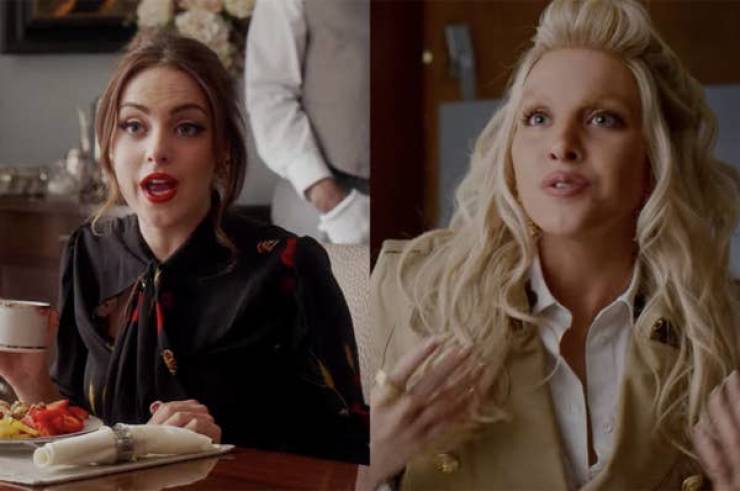