Patrick and Gary are related. 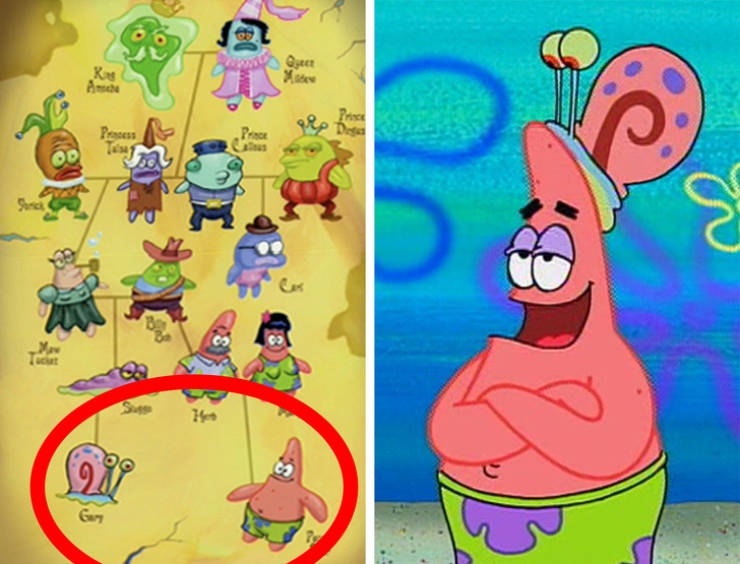 Turns out that SpongeBob’s best friend Patrick and favorite pet Gary are related. Patrick’s family tree is pretty big, and we can learn a lot of interesting facts about this funny star just by studying his pedigree. According to which, Gary and Patrick are first cousins!

Arnold is wearing a shirt, not a kilt. 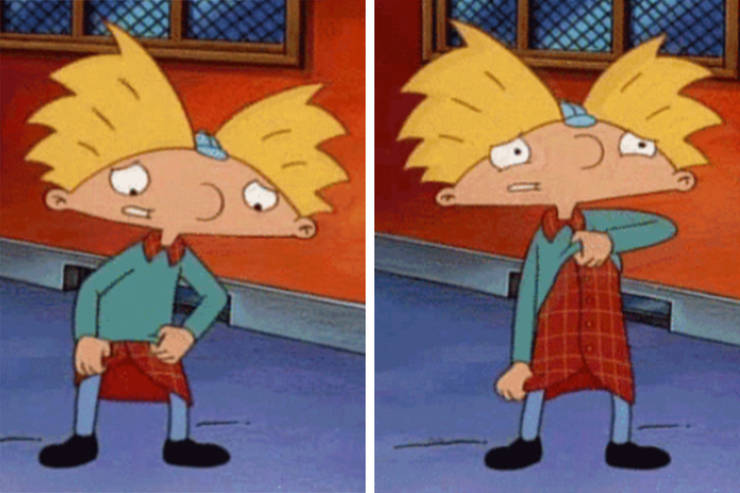 Hey Arnold! is the cartoon that reminds many of us of our childhood. Most of us have always thought that Arnold’s choice of clothing was a bit weird: pants, a sweater, and… a kilt. Actually, Arnold is wearing a long shirt, and his whole look is based on Neil Young’s look, who is a famous Canadian singer. 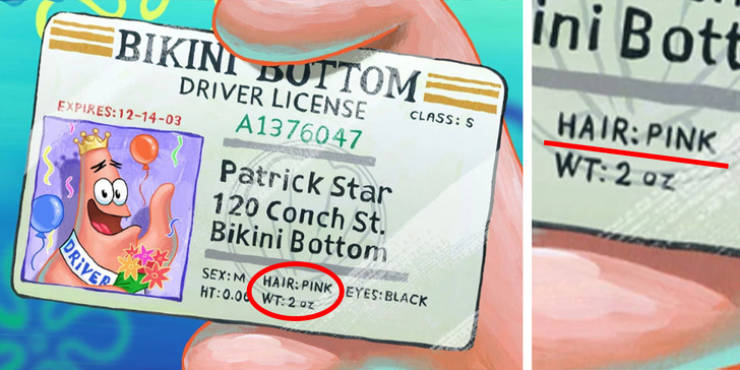 We probably thought that Patrick Star was just bald and sleek, but there’s one thing that tells us that we’re wrong. There is an episode where Patrick shows his driver license, where we can see the information about him. If we look closely, we can see that Patrick does have hair and it’s pink.

Bart Simpson’s name has a meaning. 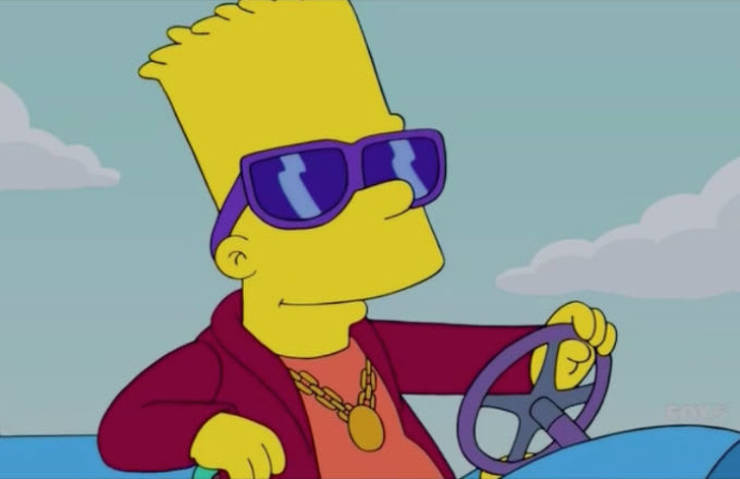 Bart Simpson’s full name is Bartholomew Jojo Simpson. His nickname is an anagram of BRAT. Brat is referring to a child who misbehaves. If we look how Bart behaves during the while show, we’ll agree: his name totally fits his character. 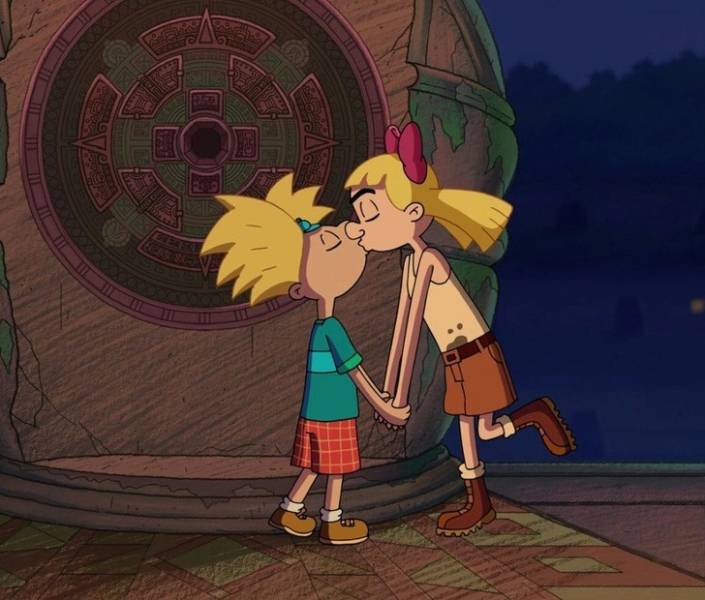 Since 1996, we have been waiting for Arnold to finally figure out what is hiding behind Helga’s rude façade and how she feels about him. The original series was over, but we were still waiting for this moment to come. In 2017 the animated film Hey Arnold!: The Jungle Movie was released, and we finally got the opportunity to see how the feelings of our favorite characters had evolved: they finally kissed!

Phoebe and Gerald kissed too. 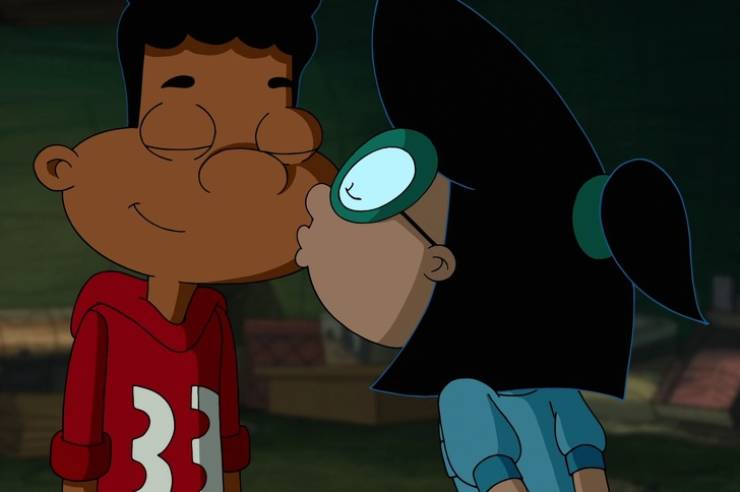 Looks like the creators of Hey, Arnold! finally decided to make our favorite characters reveal their feelings. Over several episodes we could see that Phoebe, Helga’s good friend, had a crush on Gerald. In Hey, Arnold! The Jungle Movie we can see Phoebe giving Gerald a kiss on the cheek. Isn’t that cute?

Krusty the Clown was originally created to be Homer’s secret identity. 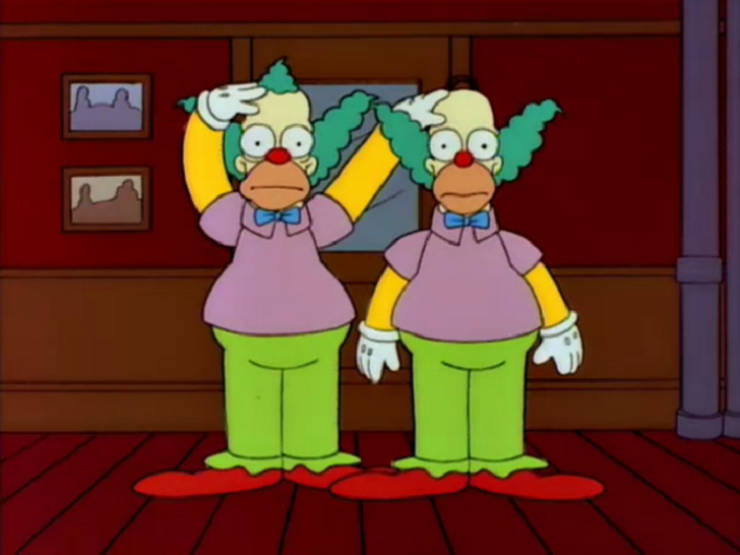 Have you ever noticed that Krusty looks almost like Homer, but with clown makeup? The creator of the show, Matt Groening said that, “The satirical concept that I was going for at the time was that The Simpsons was about a kid who had no respect for his father, but worshipped a clown who looked exactly like his father,” but the idea was abandoned because it was too dark and complicated.

“The original idea behind Krusty the Clown was that he was Homer in disguise, but Homer still couldn’t get any respect from his son, who worshipped Krusty. If you look at Krusty, it’s just Homer with extended hair and a tuft on his head. We were in such a rush at the beginning of the series that I thought, ‘Oh, it’s too complicated,’ so we just dropped it. But when I look at Krusty, I think, ‘Yeah — that’s Homer.’” – Matt Groening

The Mickey and Minnie Mouse voice actors got married in real life. 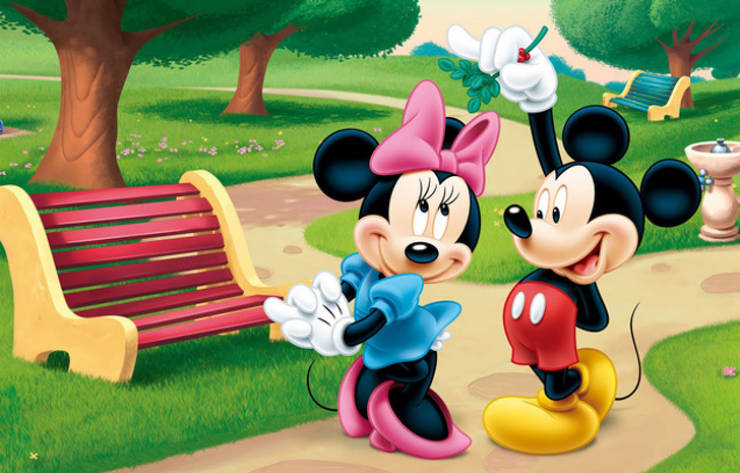 Since 1986 Wayne Allwine has served as a voice actor for Mickey Mouse, together with Russi Taylor, the voice actress for Minnie Mouse. While we were really interested in the relationship between these 2 funny cartoon characters, the voice actors got married too.

All children of Rugrats, both male and female, were voiced by women. 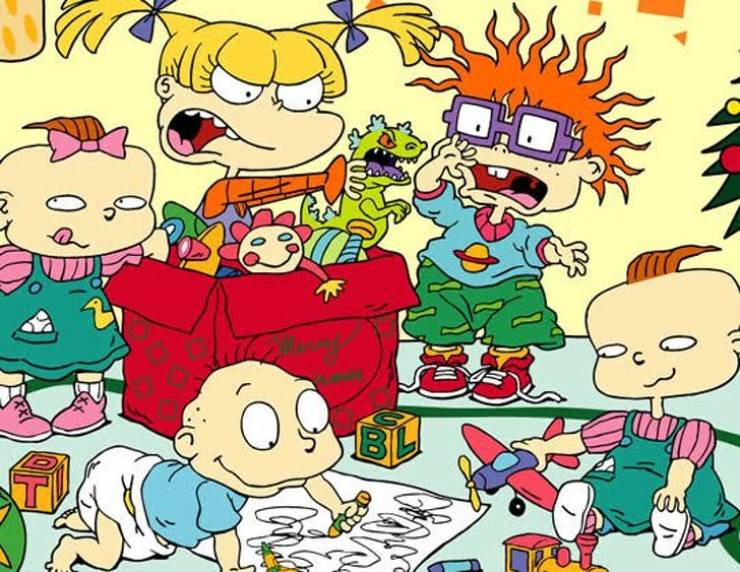 Rugrats was loved by many of us when we were kids. The brave leader Tommy, the always scared Chucky, and the amusing twins Phil and Lil — it feels like we knew everything about them. But one thing we probably didn’t notice was their voices. Every single one of them was voiced by a woman: famous actresses and public figures. 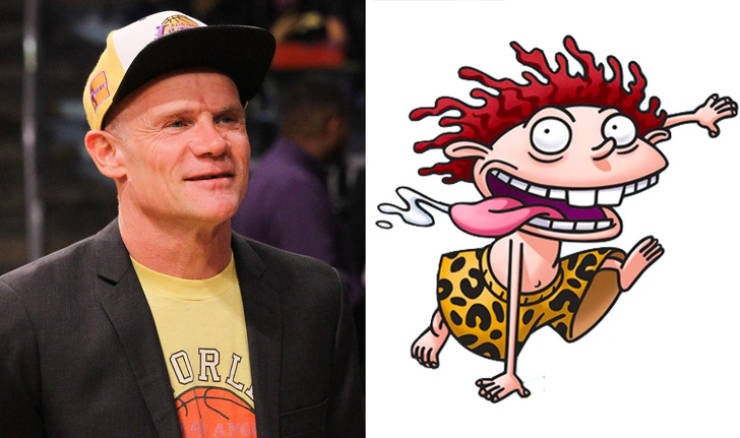 Donnie from The Wild Thornberrys was raised by orangutans in Borneo and later adopted by the Thornberrys. This wild child doesn’t speak, but produces funny sounds. These sounds were voiced by Flea (Michael Peter Balzary), the famous bass guitarist from the Red Hot Chili Peppers.

Dexter has an accent because “all well-known scientists have accents.” 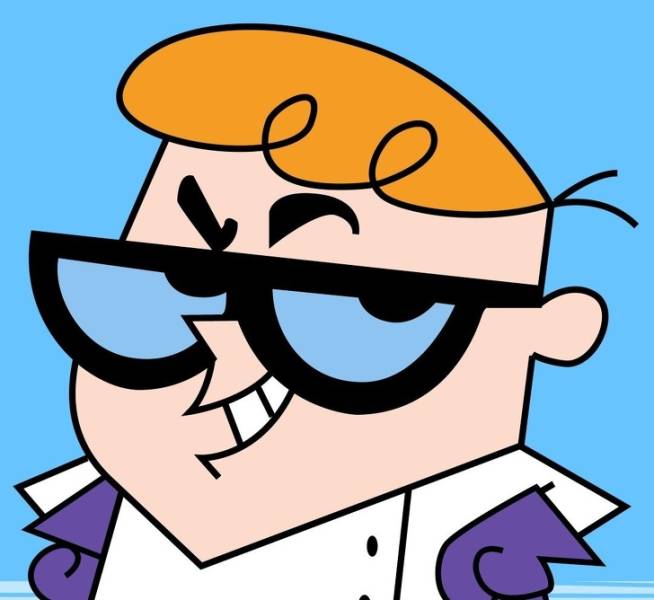 Dexter comes from a typical American family, but we can hear that he has a thick accent of indeterminate origin. For all the fans and those who’ve wondered why he has it, the creators of the show explained: “He’s a scientist; he knows he needs a kind of accent.” They also added “It’s not really a German accent. It’s just Eastern European.”

Eric Cartman is Archie Bunker as a child. 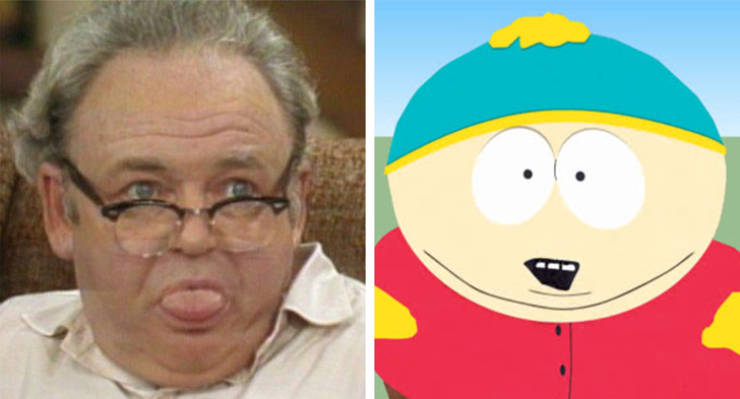 Donald Duck never wears pants… except in the pool. 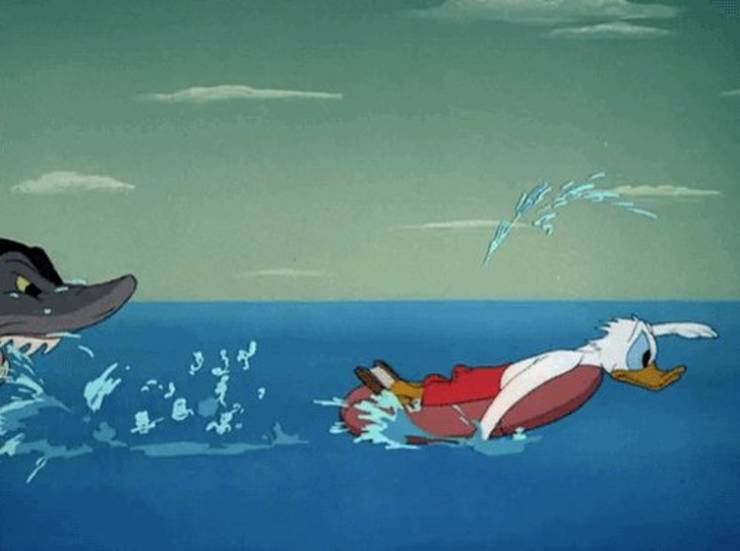 Mickey Mouse, Minnie, Goofy, all of them wear pants, except Donald Duck. Moreover, Donald Duck comics were banned in Finland because he doesn’t wear them. But in some episodes, we can spot him finally wearing pants — while swimming. Finally!

Every puppy in 101 Dalmatians has exactly 32 spots. 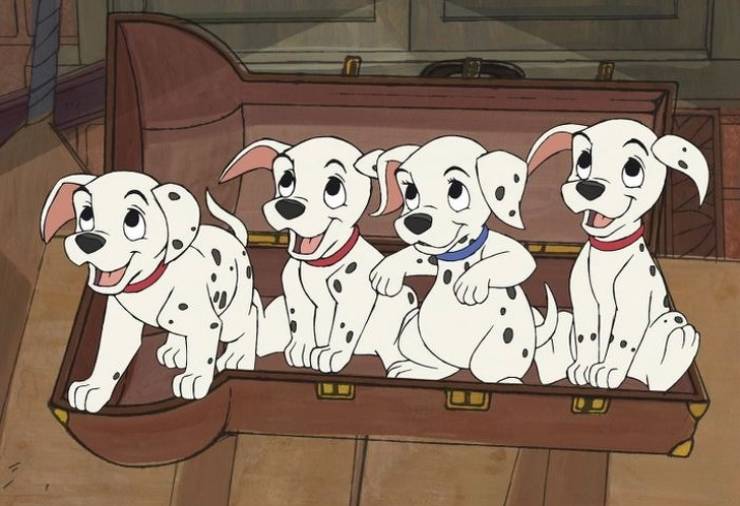 We can see that all Dalmatians have an uncountable amount of random spots all over their coats. Who would even bother counting them? But, to be precise, it was said that there are exactly 6,469,952 spots on the 101 Dalmatians’ dogs and puppies. So, 72 belong to Pongo, and 68 to Perdita, the rest belong to the puppies. They each have 32.

The Powerpuff Girls is based on Sleeping Beauty. 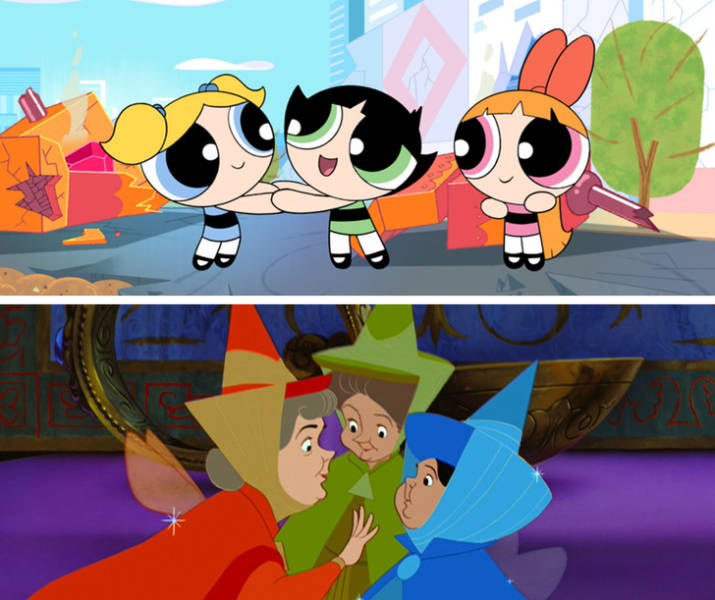 The 3 good fairies of Disney’s Sleeping Beauty, from 1959, were the inspiration for The Powerpuff Girls. Not only do they share the red, blue, and green color scheme, but they also correspond with their names. The names of the fairies are Flora, Fauna, and Merryweather, while The Powerpuff Girls are Blossom, Bubbles, and Buttercup — “the sweet one,” “the spunky one,” and “the tough one.”

Ed, Edd, ‘n’ Eddy’s tongue colors were inspired by Antonucci’s (the creator) son and his friends while eating multi-colored candies. 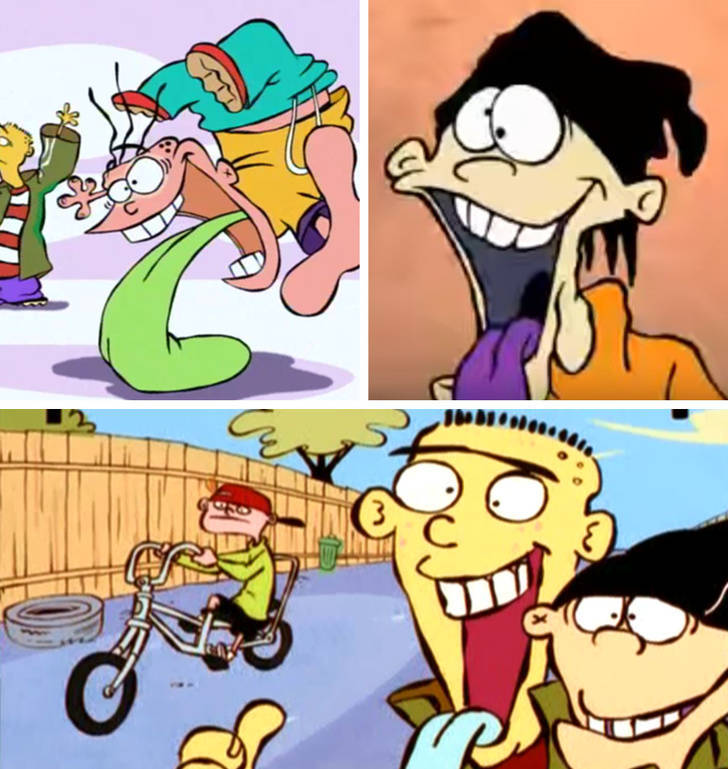 The children in the show have multicolored tongues, but this wasn’t done to add some craziness to the characters. The creator of the show once saw his son and his friends eating different candy that turned their tongues different colors. He decided to use this as inspiration and implemented it in the show.

The Pokémon series is over 20 years old, and still going.

On April 1st, 1997, in Japan, the Pokémon television animation series first aired. Since then it’s gained a lot of fans all around the world. The show has more than 1,000 episodes and they get released weekly in Japan and the United States. Moreover, Japanese voice actress Rica Matsumoto has been giving her voice to Ash Ketchum (Satoshi is the Japanese version) for all these years!

Ariel’s hair was inspired by an astronaut. 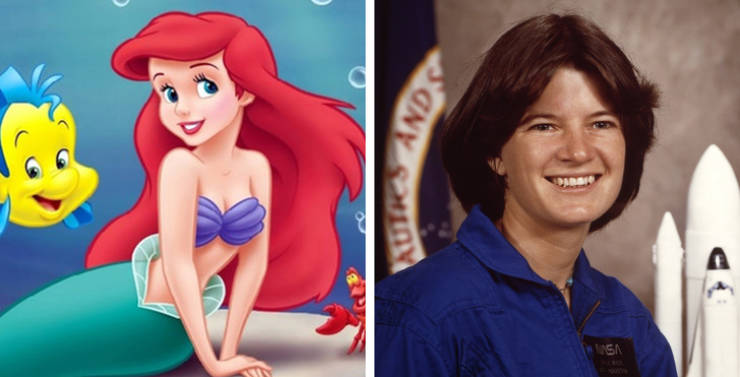 Ariel’s amazing hair is loved by the fans of the cartoon. Though, many people complain that the physics behind her hair is weird under the water and looks unrealistic. Not many of us know that her soft and sleek hair was inspired by astronaut Sally Ride. During the animation process creators studied footage of Sally in space to model Ariel’s hair. 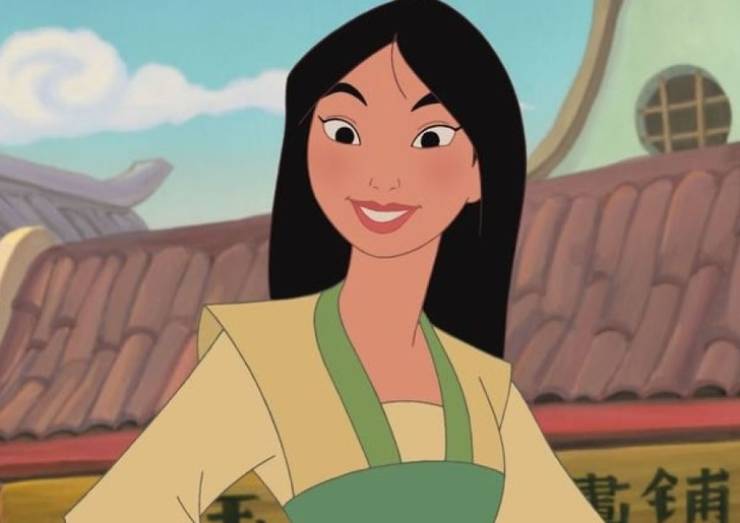 To understand the mystery behind Mulan’s real name we need to have a closer look into Chinese idioms. Her last name is Fa, but due to the grammar of her language she is supposed to put her family name first. In the cartoon, when Mulan poses as a man, she introduces herself as Fa Ping, which means ’flower vase.’ Another meaning of this phrase is ’eye candy.’ 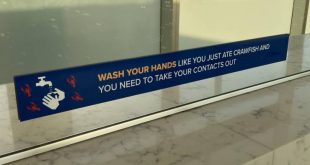 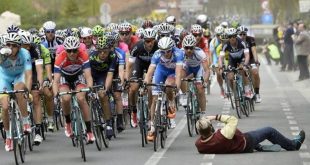 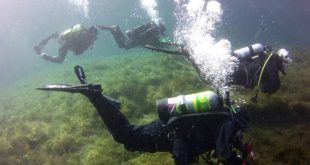