A group of divers outside Ørsta in Norway were visiting a WWII shipwreck 200 meters from the coast, at the beginning of this October. On their way back, Ronald Raasch and Nils Baadness together with their team members from the research group REV Ocean discovered a mysterious floating shape. The blob that was captured on camera was floating 17 meters below the sea surface. Turns out, the pair of divers had discovered a 10-armed squid egg’s sac. Two Norwegian divers stumbled upon a mysterious floating shape in the waters of Ørstafjorden, Norway 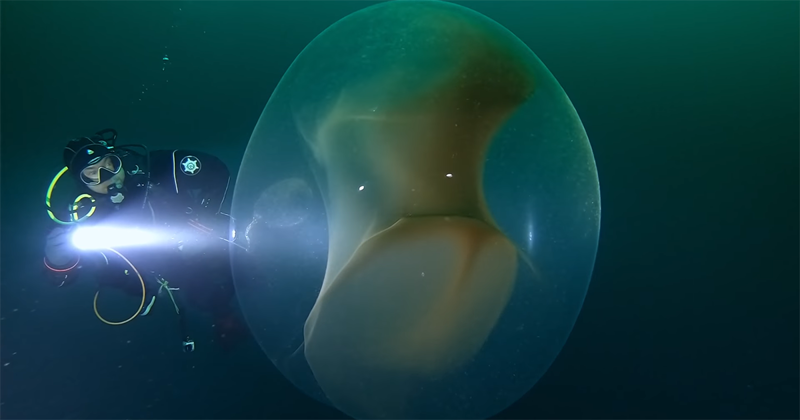 The see-through, otherworldly ball was found floating around in the darkness of the fjord by captain Nils Baadnes and diver Ronald Raasch. Soon enough, they discovered what the massive blob actually was – a huge mass of squid eggs. The floating blob was quickly revealed to be a giant egg mass of a squid 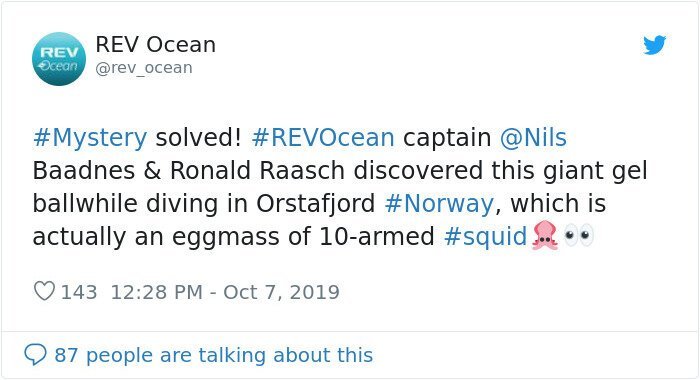 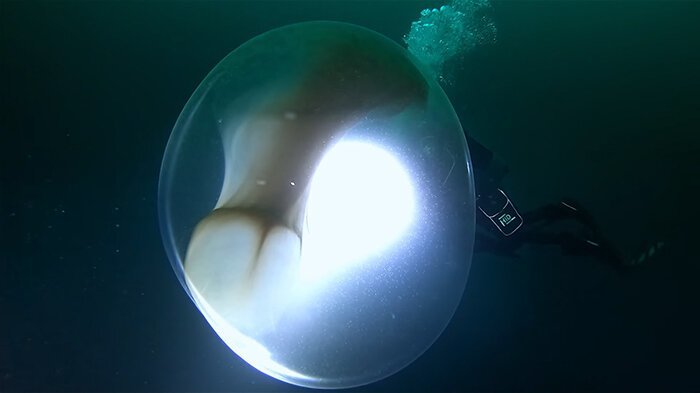 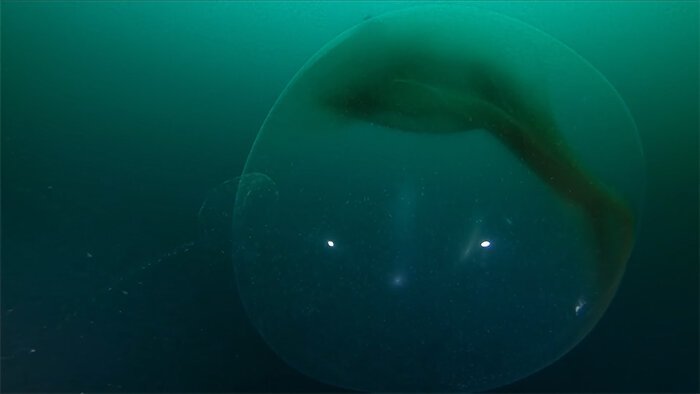 It is yet unknown which species exactly of squid produced the Ørstafjorden mass. While REV Ocean on their Twitter account mentioned the “10-armed squid”, all squids have 10 tentacles. In addition to this, it is often really difficult to specifically identify marine species judging just by their eggs. The giant egg sac contains thousands of squid babies 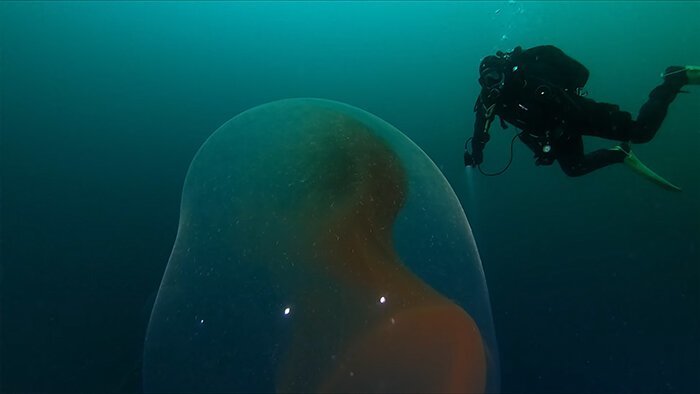 The video of the discovery made by two Norwegian divers was watched over 300k times and people in the comments were mesmerized by the appearance of the blob. “The ocean really is still filled with mystery,” someone noticed. It is believed that squids lay a smaller mass which expands on contact with the water 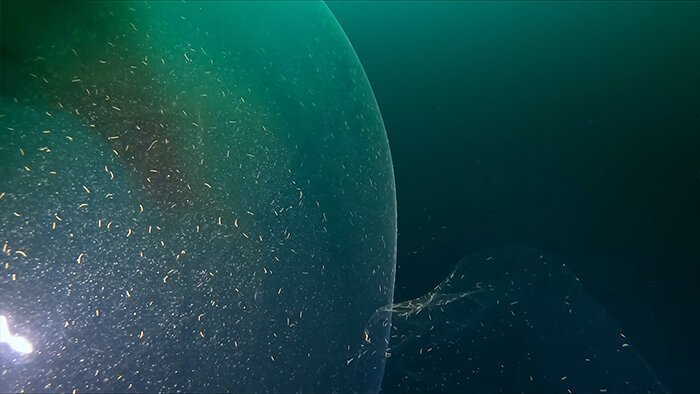 Scientists believe that one of the two species of squids laid the giant egg mass – either the European flying squid or a much smaller – Boreoatlantic armhook – squid. Sizes of both species vary from 25cm to 35cm (10-14 inches).