20 Amazing Movies That You Didn’t Even Hear About Them 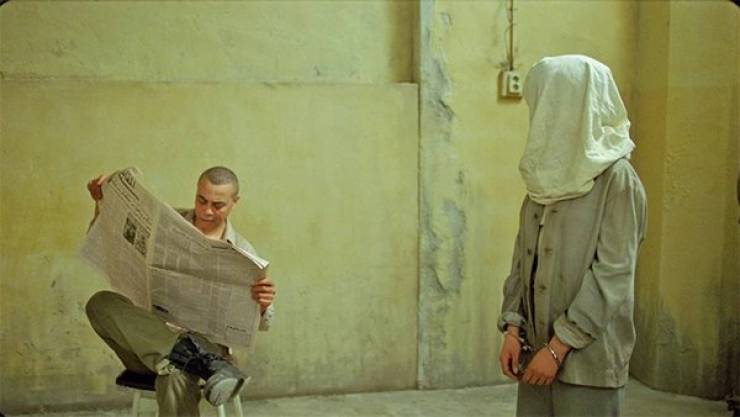 “It’s just stunning and complex. Middle Eastern twins search for their mother’s past after her death.” 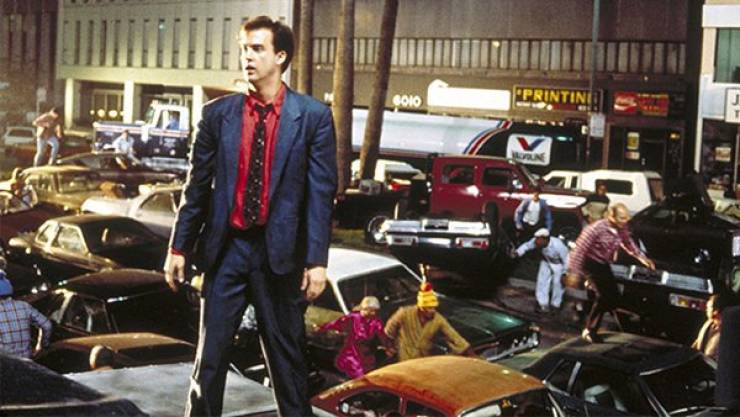 “An unfairly forgotten gem that tricks you into thinking you’re watching something like a rom-com, but quickly morphs into something beyond bleak. Don’t look up anything about its plot, just watch it.” 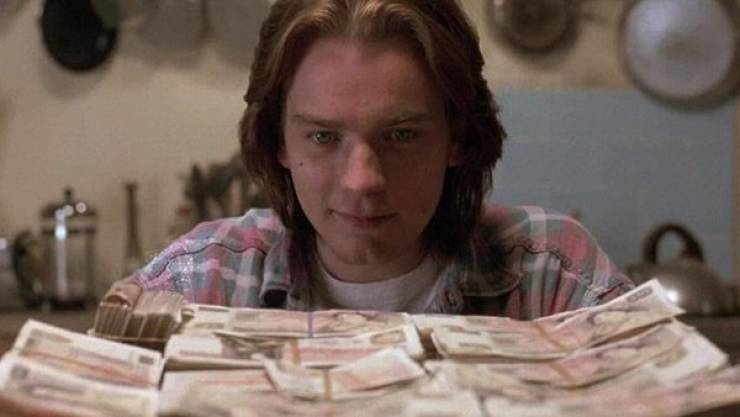 “One of Danny Boyles first movies, starring a young Ewan McGregor and Christopher Eccleston as 2 out of 3 roommates who find a dead fourth roommates stash of money, and the toll it takes on their friendship.” 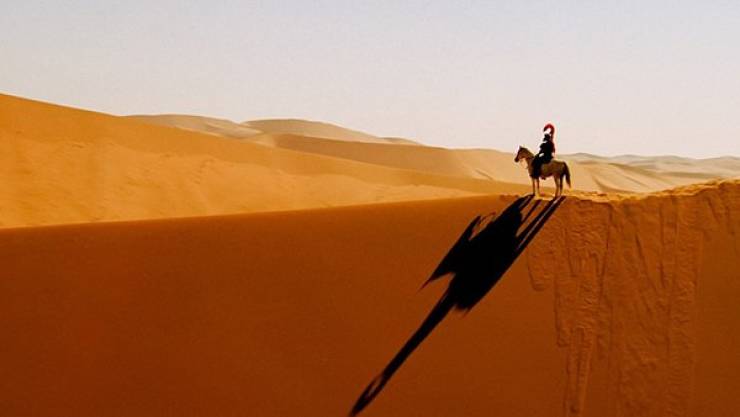 “Visually stunning. It’s about an injured stuntman in 1920s LA who begins to tell a little girl with a broken arm at the hospital a fantastic story of five mythical heroes. Thanks to his fractured state of mind and her vivid imagination, the line between fiction and reality blurs as the tale advances.” 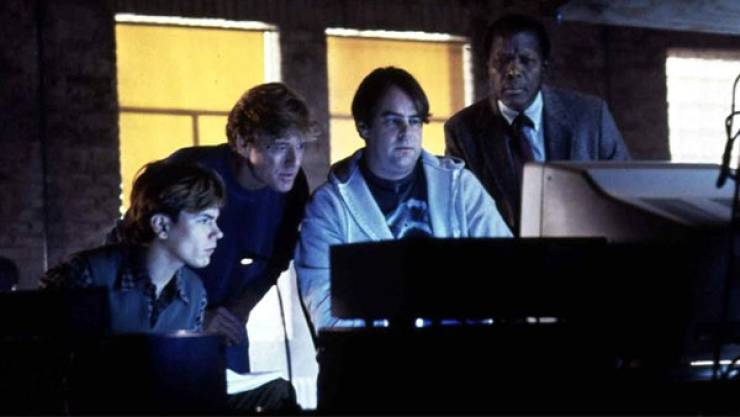 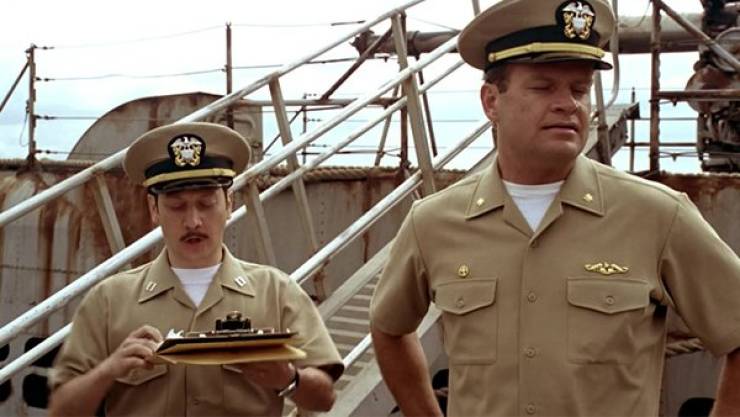 “I was a submariner in the U.S. Navy. We generally regard Down Periscope as the most true-to-life submarine movie ever made. I served with at least five people who matched characters in the movie exactly. “ 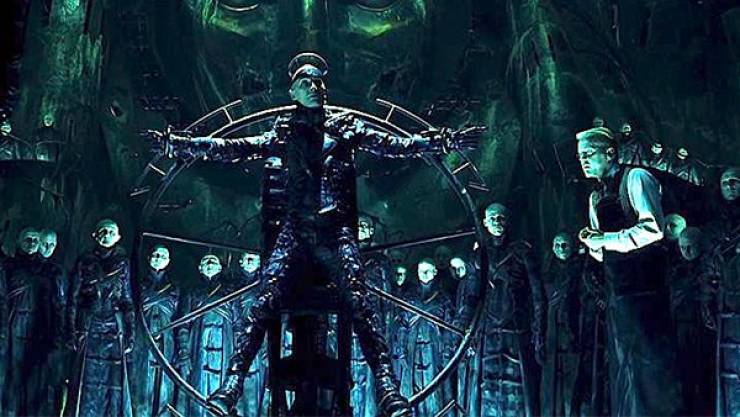 “It’s a great dystopian science fiction that seems to have been overlooked due to coming out around the same time as The Matrix. Check it out for a good late ‘90s mind bender.” 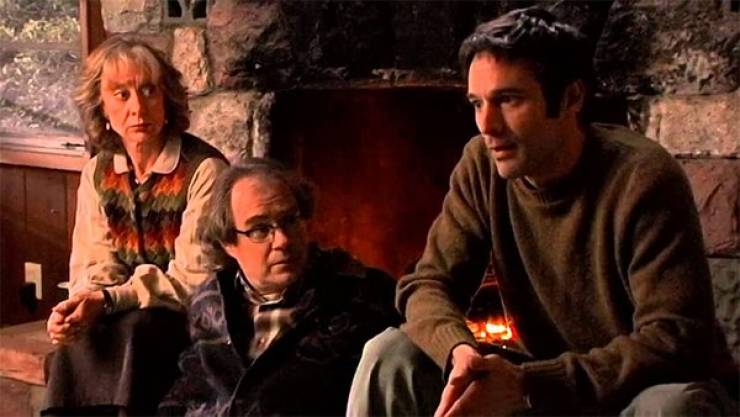 “A college professor is moving. All his professor buddies come over to say goodbye. Then, the main character drops this bombshell, impossible to believe truth on them. The rest of the film is the rest of the cast trying to figure out if he’s crazy or telling the truth. Sounds dull as hell, but it’s just so good!” 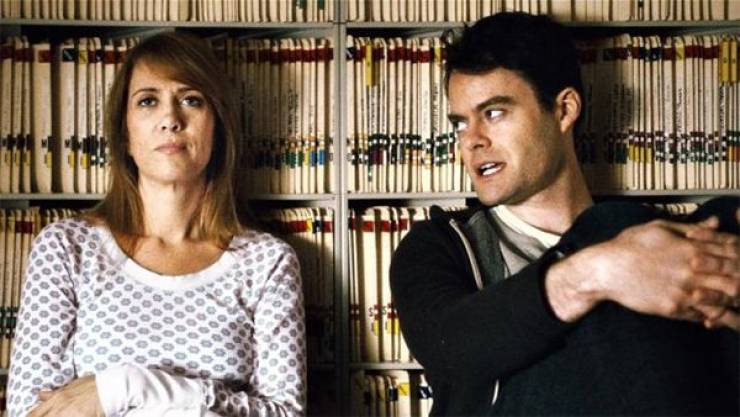 “Bill Hader and Kristen Wiig are so great together.” 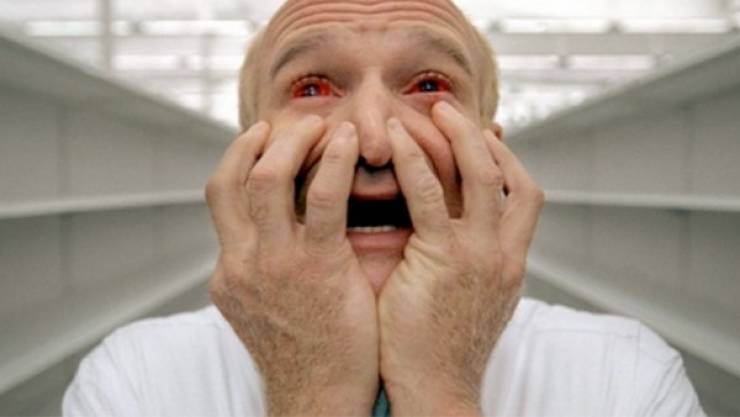 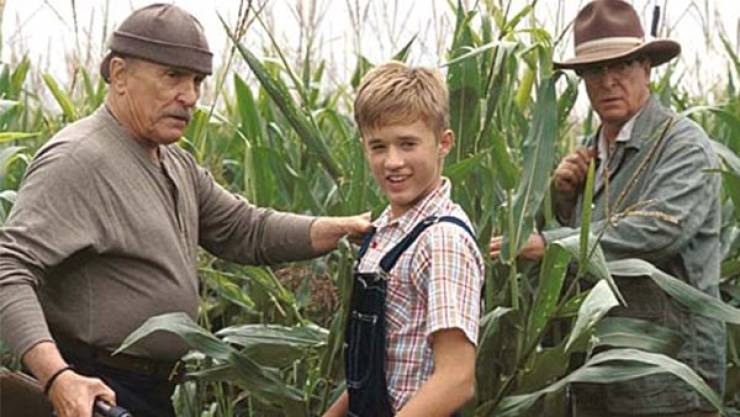 “Such a wholesome movie, and one of my favorites.” 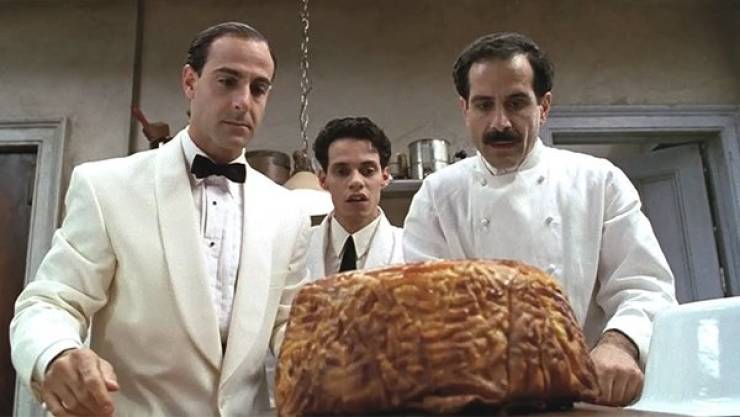 “Stanley Tucci and Tony Shalhoub playing two Italian brothers working at a restaurant in the 50s. Absolutely wonderful and raw and real— terrific actors, characters, cinematography, just all around a phenomenal movie” 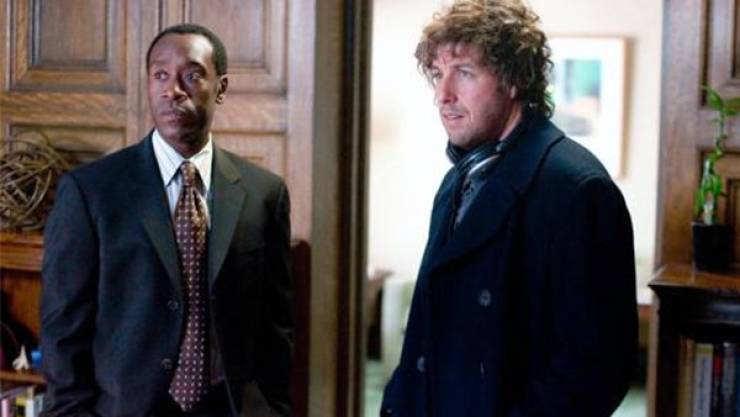 “F@#kin’ Adam Sandler and Don Cheadle in a dark drama. Acting and plot are absolutely riveting. Who woulda thought?” 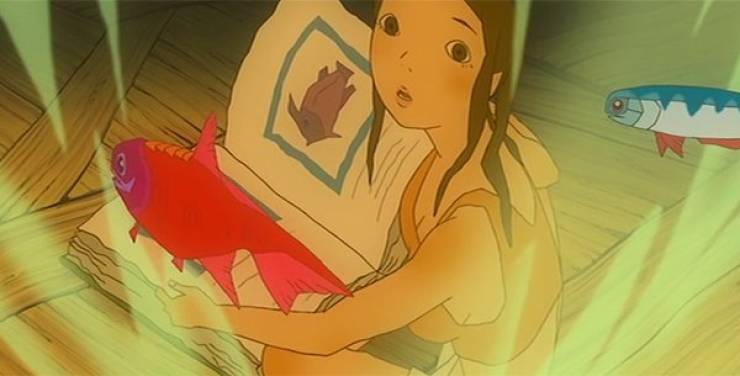 “An anime film unlike any other, and (in my humble opinion) one of the best animated films I’ve ever seen regardless of country. Imagine if you put about five different styles of animation, the anarchic humor of the Looney Tunes, an explicit R-rating, and weirdly heavy ruminations on what it means to be alive/live a life into a blender, and you only have a slight idea of what you’re in for when you watch it.” 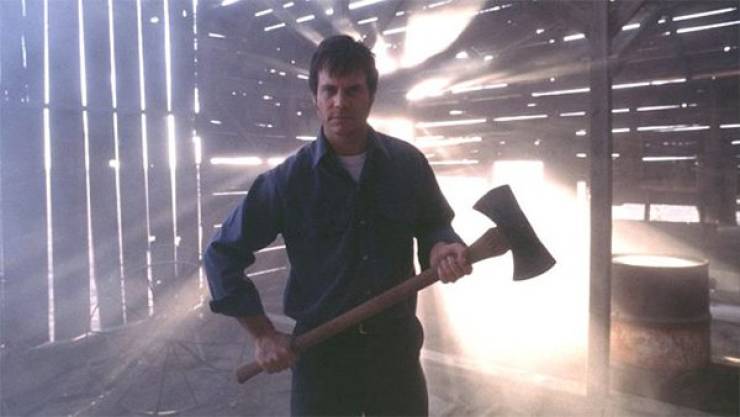 “It’s this great psychological film about this boy whose dad comes home one day and says he’s had a vision that God has tasked him with “destroying demons”. So it’s basically a kid trying to deal with his dad going crazy and becoming a serial killer.” 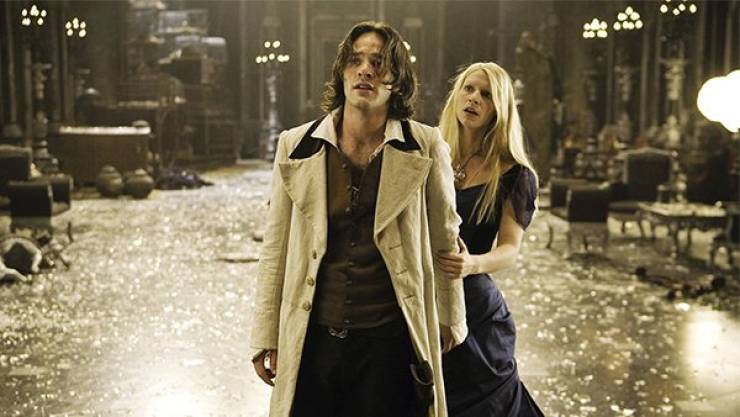 “It seems relatively unknown and is quite a fun movie. It’s like a newer, ultra British, steampunk Princess Bride.” 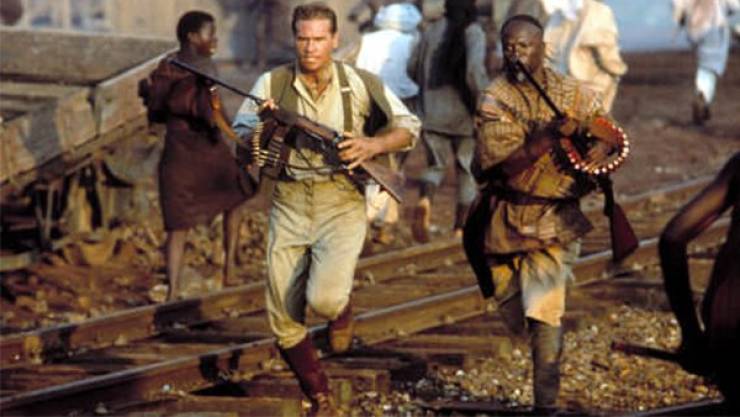 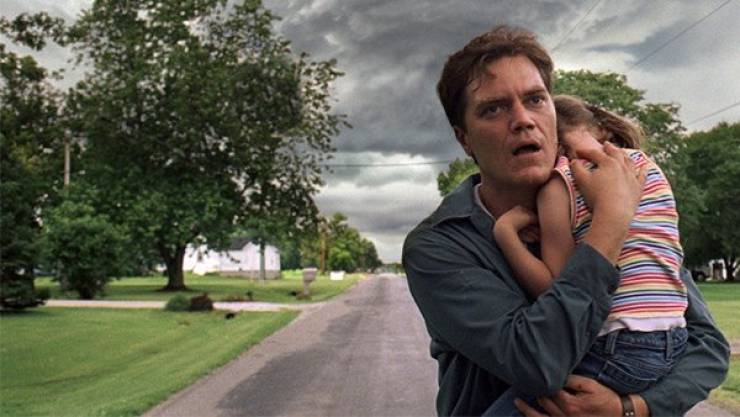 “Michael Shannon is incredible in this thriller movie.”

Rosencrantz and Guildenstern are Dead (1990) 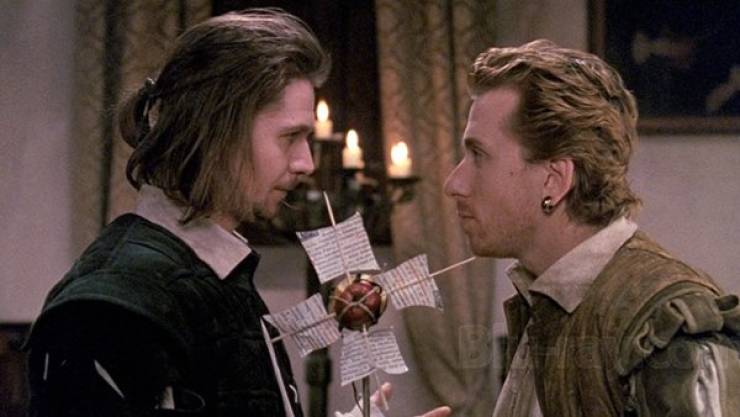 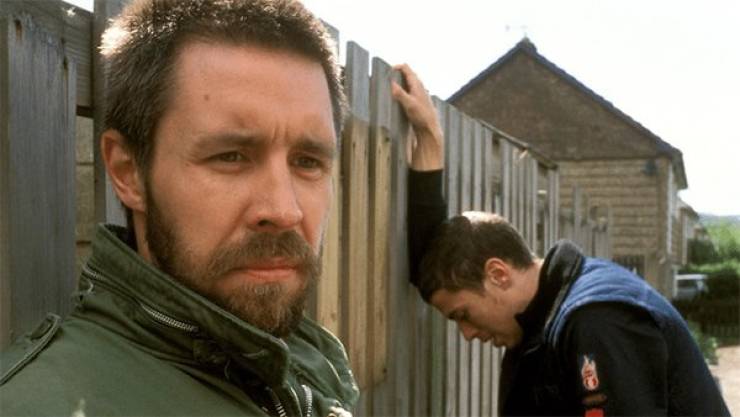 “It’s a British film which sees a soldier return to his depressing home town where his younger brother was exploited and bullied by a gang of pathetic drug dealers. It’s a masterpiece on how intimidation can be presented. Watch it”