Sally’s eyelashes are not eyelashes, but exposed sutures on her eyelids, sewn in to give the impression of actual lashes. 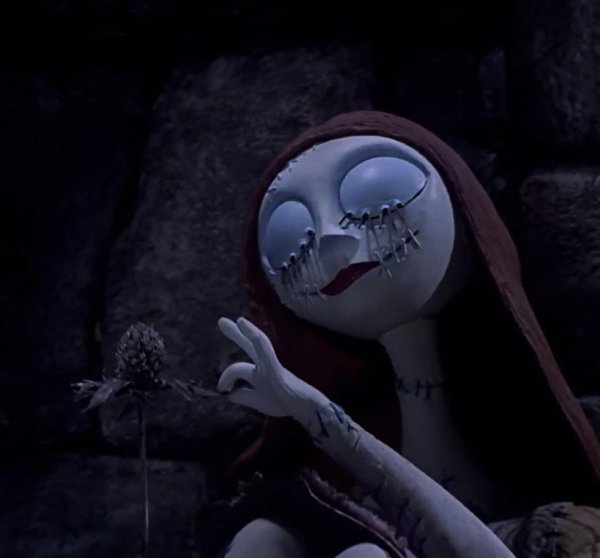 Zero’s nose is a Jack-O-Lantern. 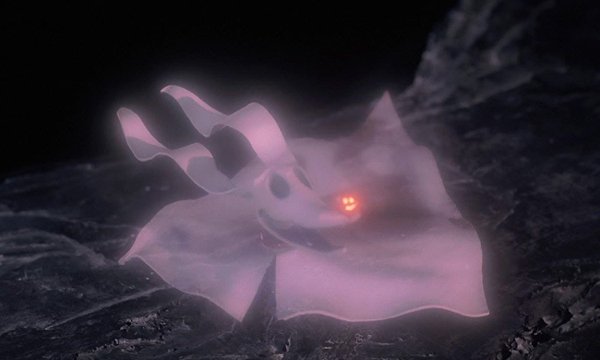 The Wolfman’s night cap looks just like one belonging to a granny, likely of the Red Riding Hood variety. 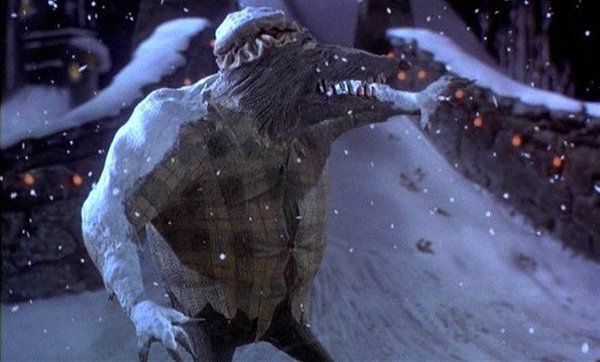 A snake slithers through Oogie Boogie’s dice. It’s reminiscent of a Sandworm in Beetlejuce. 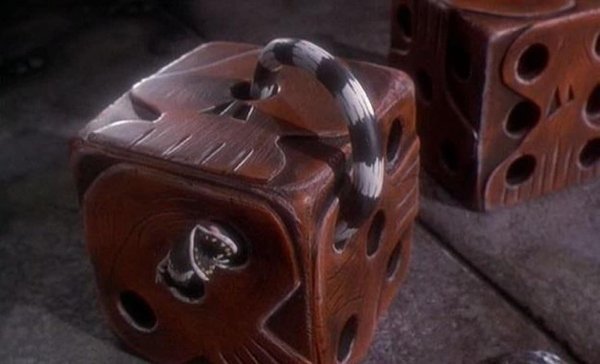 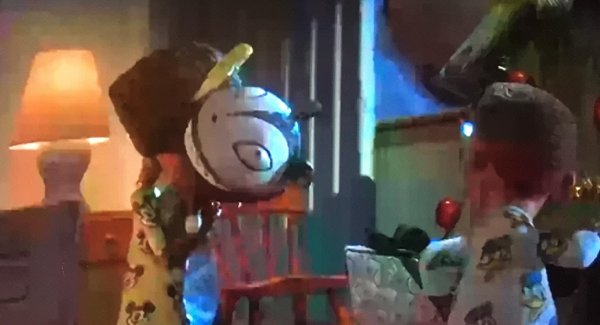 Jack Skellington’s Calculations include 12.25.93 or Christmas of 1993, the year the film was released. 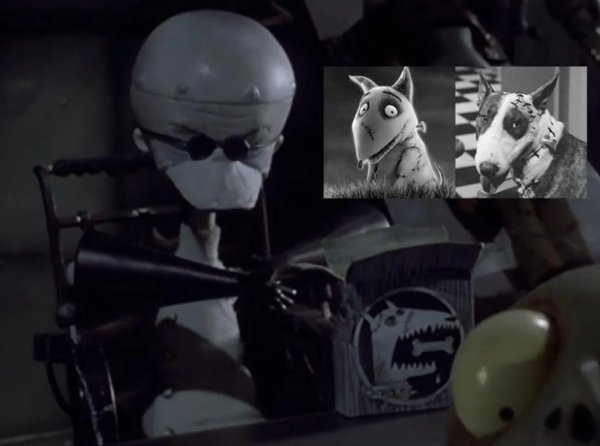 There’s a little man inside the instrument of the band member on the left. His face and design are based on Danny Elfman, the film’s composer, who also plays said character. 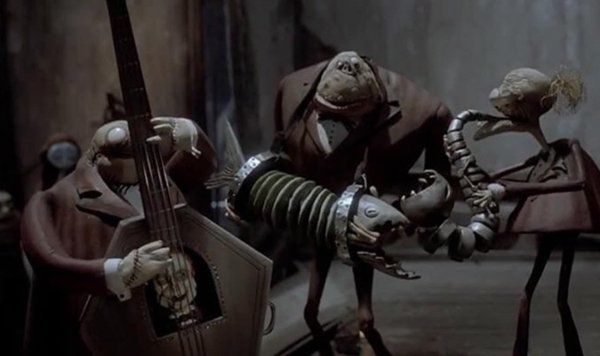 Are you scared to death about finding the perfect Halloween outfit? Have no fear, the costumes of your nightmares is here! This skeleton costume comes with mesh eyeholes to make it easy to see when you’re breakdancing. Plus, realistic graphics make it easy to show people where it hurts if it goes wrong! So suit up and knock ’em dead for Halloween! Just be careful not to break a hip! 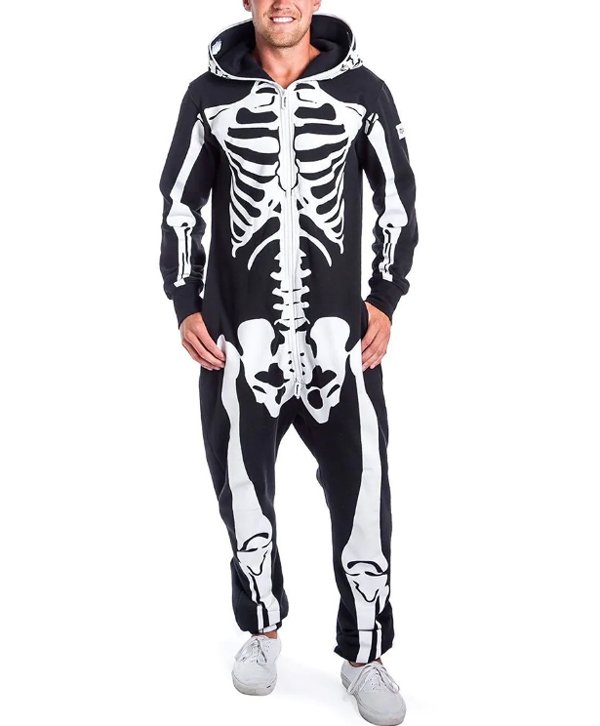 Jack’s bed actually pulls out from the fireplace. Or rather, it retracts into the fireplace, as it’s first seen pulled out, and later seen pushed in. His Murphy bed is a morgue drawer. 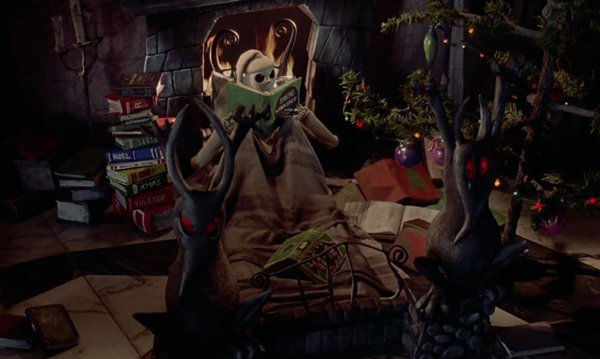 The snowmobile Jack commandeers from Christmastown has it’s paint scratched on the sides where it presumably scraped on the Christmas tree doorframe. 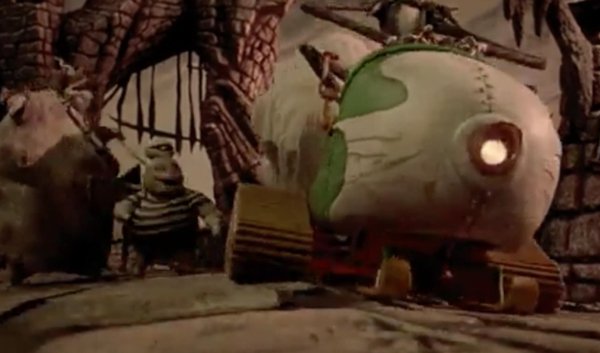 Sally sews and let’s down the basket of goodies all from a spiders web. 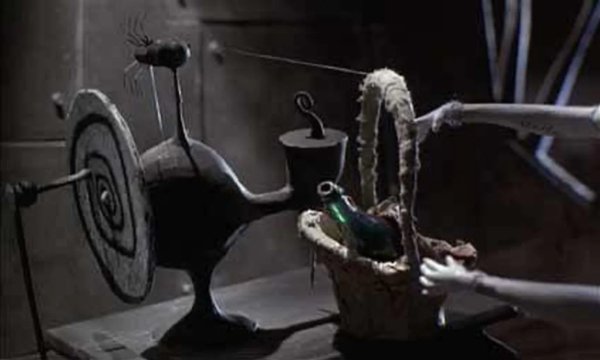 When Jack knocks the angel off the roof, the Christmas lights form a noose around its neck and it even falls as if it’s been hanged. 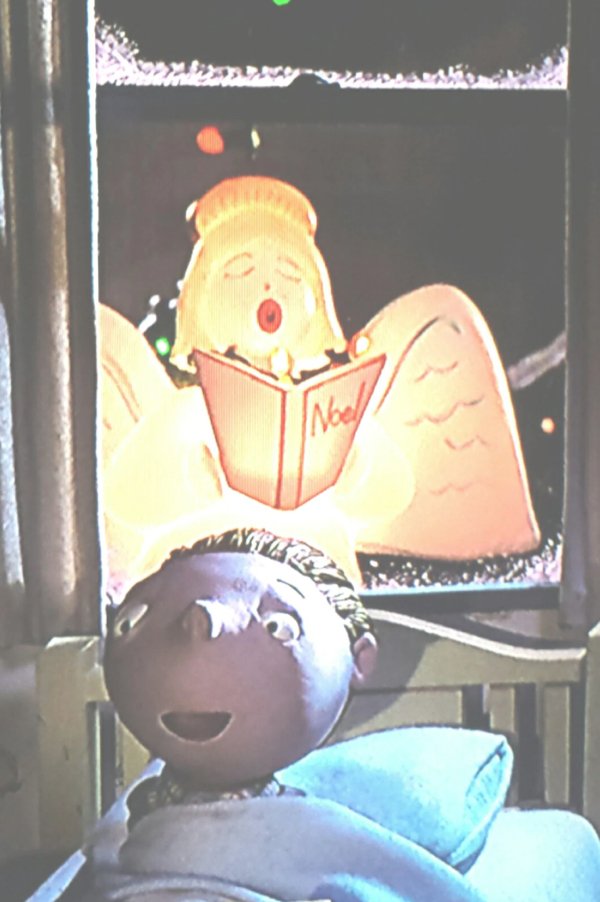 During the “Making Christmas” number, the Cyclops ends up vanishing after a box comes in frame. Spooky! 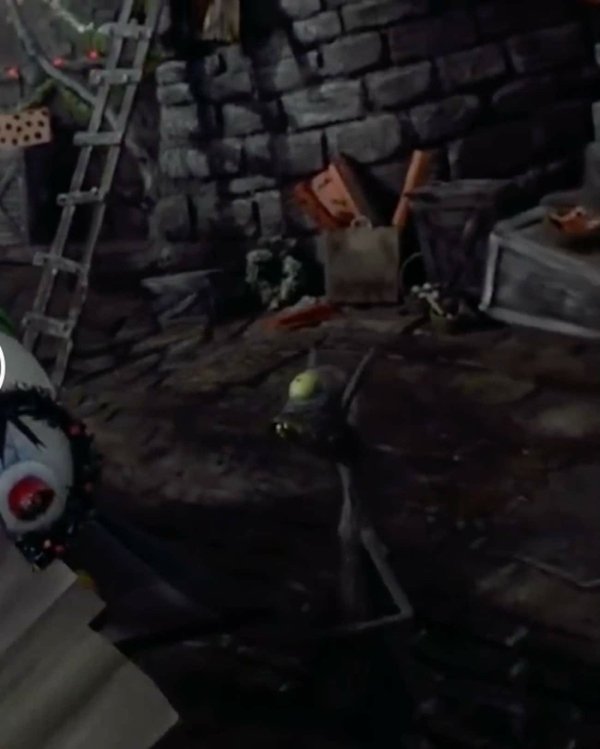 The Mayor’s speech is written on his parchment, in its entirety, albeit with two odd repetitions at the beginning and the end. 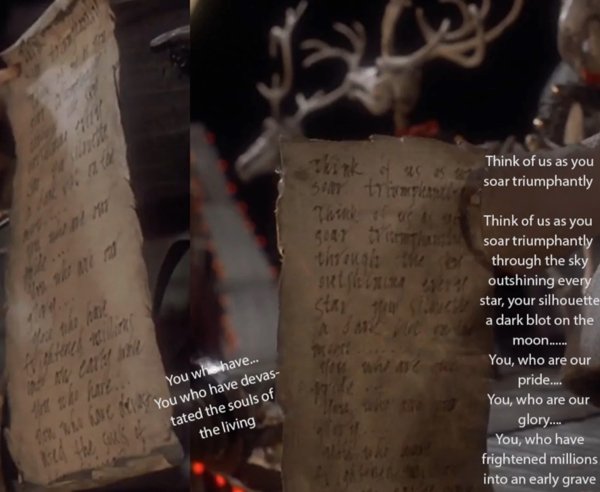 The “canvas” of Dr. Finklestein’s wheelchair appears to be stretched & stapled skin. 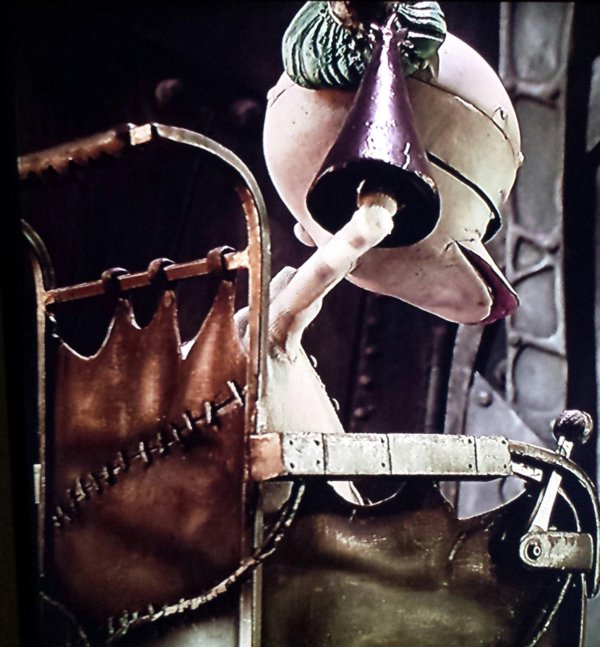 You can see a Hidden Mickey on the table where Jack is doing his experiments. 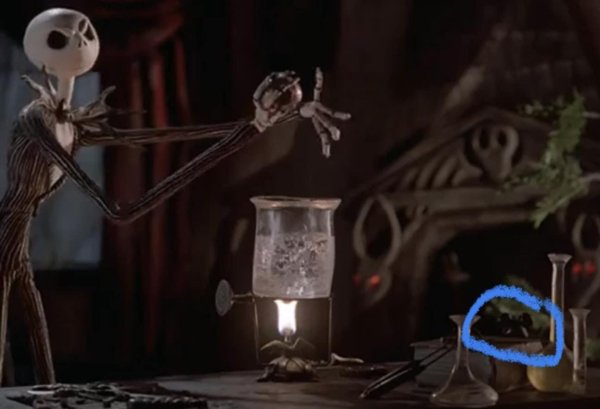 The stones in the walkway at Jack’s house are arranged in a spiderweb pattern. 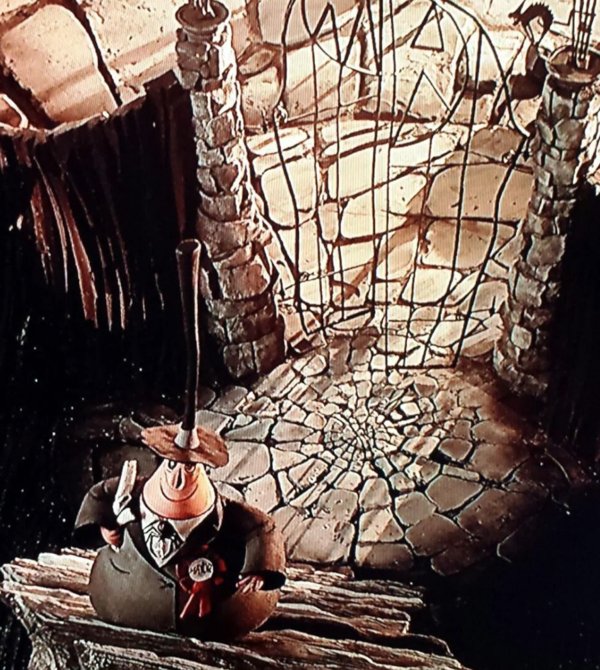 Jack breaks off one of his own rib bones for Zero to fetch. 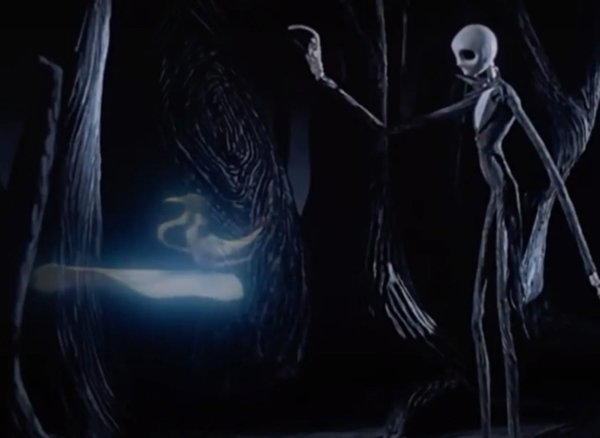 If paused at the right time, you can see the strings that were used to hold up the bats during the opening song. 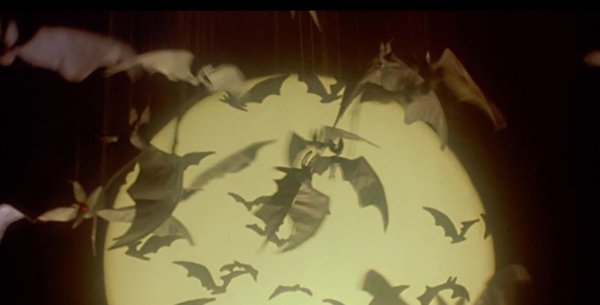