20 People Share Their Best Moments Over The Past 10 Years 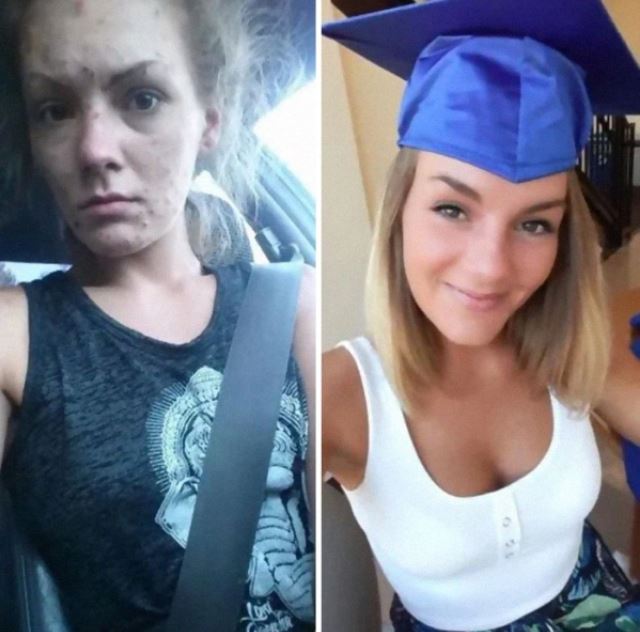 I got out of a long relationship, found myself, started going back to school. And just today my barista asked me out and I’m so hyped. Oh also, I am cancer-free. But this girl is probably the highlight.

I had the end of life talk with my team of Doctors. Wrote obit., said goodbye to my 3-year-old triplets. Got moved into a bigger room so more people could visit. Doc. came and told me that they had lungs for me and received a double lung transplant at 3AM the following morning. Been going very well with them for 7 years. Every day I get up and see my kids is another best moment.

Beat leukemia in 2011, my son was born 2009 so to be able to see him score his first hockey goal the other night was incredible.

Outrunning the clowns in 2016.

Graduated high school, moved across the country by myself, got married, moved three more times, watched my mom leave her verbally abusive and lazy husband and marry a much nicer man who has much more in common with her.
It’s been a great decade and I can’t wait to see what the next one brings!

I got married and had 2 kids. I won’t lie, it’s been hard fucking work and I’ve hated more days than I’d like to admit but I would not change a thing.

Meeting my fiancée at karaoke night by going up to the bloke looking through the songbook and asking if there were any musicals in there, then asking said stranger to sing a duet with me. he hasn’t got rid of me since.

I’m sure this will be buried, but I escaped the cult I grew up in. That was also responsible for some of the worst moments of this decade since my immediate family cut contact me because they’re still in the cult. But the day I left was the first time I ever felt truly free and happy. Sometimes I’m still in disbelief and occasionally a little overwhelmed by how free I am, even though it’s been 7 years. I gave myself the chance to actually live my life and I wouldn’t give it up for anything.

Having my daughter is my favorite moment from this decade, not dying from having a stroke and subsequent brain surgery…probably my best moment.

Got physically disabled at the age of 11 and the past decade has been incredibly difficult. I mean I forced myself to go to school even though my grandmother couldn’t afford a wheelchair.
But I turned things around after I finished high school. I got a scholarship to study at a local University, got accepted to study Astrophysics, and became the first person to graduate in my family and my community as a whole. I am currently doing my master’s in Cosmology and got a job as a research scientist at IBM and I am still 23. So it started as a tough decade but it picked up and has allowed me to experience the best moments in life. This is the stuff of dreams.

Saying “fuck it” and quitting my entry-level job I got right out of college. Moved to South America, taught English, then a few years in southeast Asia… my life would never be the same.

Both my kids were born in this decade, and I’m probably not having any more, so this was their decade.
My daughter beat cancer.
I was on anti-depressants and suicidal, but I overcame both.
Yeah, this was a VERY active decade. Easily the most active, difficult, and achieving one I’ve been through.

Spent most of the last 18 months developing outside of work, I just landed a huge promotion, taking my family from ‘just getting by’ to living and being able to finally pay debts off.

Got married.
Got my leaky heart valve fixed.
Officiated my brother’s wedding.
Adopted two dogs with my wife.
Just started working on plans for our new home.
This post made me realize this has been the best decade of my life by a long shot. The effects of the leaky valve dampened my spirits for the first half, but since its fixed… it’s all good!

Being adopted after spending 6 years in foster care and a group home. I will be the first in my adopted family to get a college degree when I graduate this spring with a bachelor’s degree! I thank God for how fortunate I’ve been to get to this point.

Getting engaged. Getting a dog (now 3 dogs). Finding and meeting my biological family. Getting married. Moving across the country. Buying a house. And to finish off the decade, on Friday my husband and I will be finalizing an adoption for an amazing 16-year-old.
There has been a lot of terrible things that happened in my life these last ten years. But when I list things like this, I started to tear up with the happiness and fortune I have actually had. Thank you for bringing that to light.