“I took this photo with an iPhone, 6 years ago, and it’s super cool.” 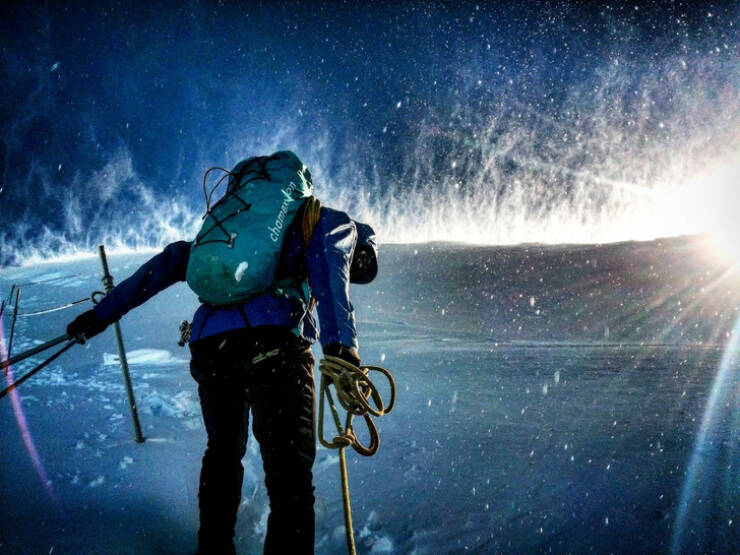 “I took this photo with an iPhone, 6 years ago, and it’s super cool.”
“My wife and curious son in the rain” 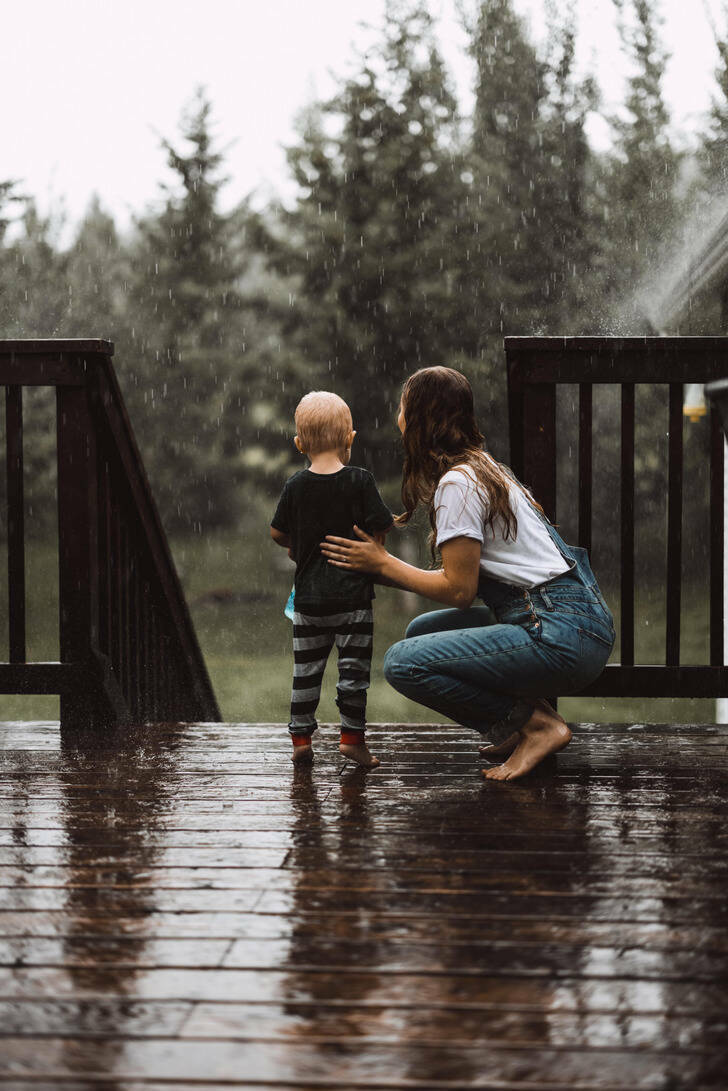 “I took this one while skiing a few years back. It was taken with an old mid-range smartphone, but this is still one of my favorite shots ever.” 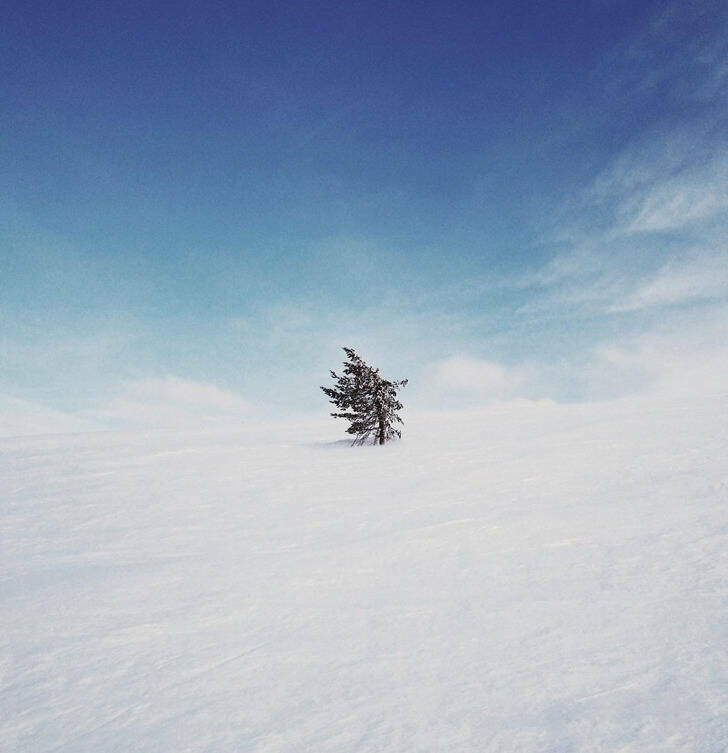 “I took a photo of the dragon breathing fire sitting atop Gringotts Bank in Diagon Alley.” 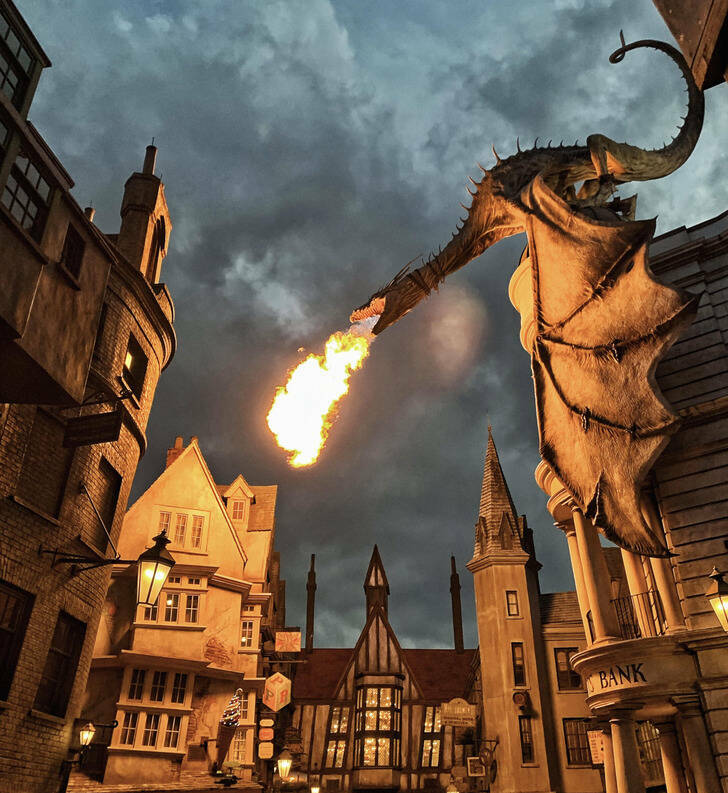 “This was when it was almost dusk, but with a storm rolling in. Yes, the fire is real! He goes off every 20 minutes or so and rumbles a bit first, so you know he’s about to go off.”

“A skateboarder interrupting my photo of the sunset. I wasn’t expecting him to be jumping into the shot just as I took it.” 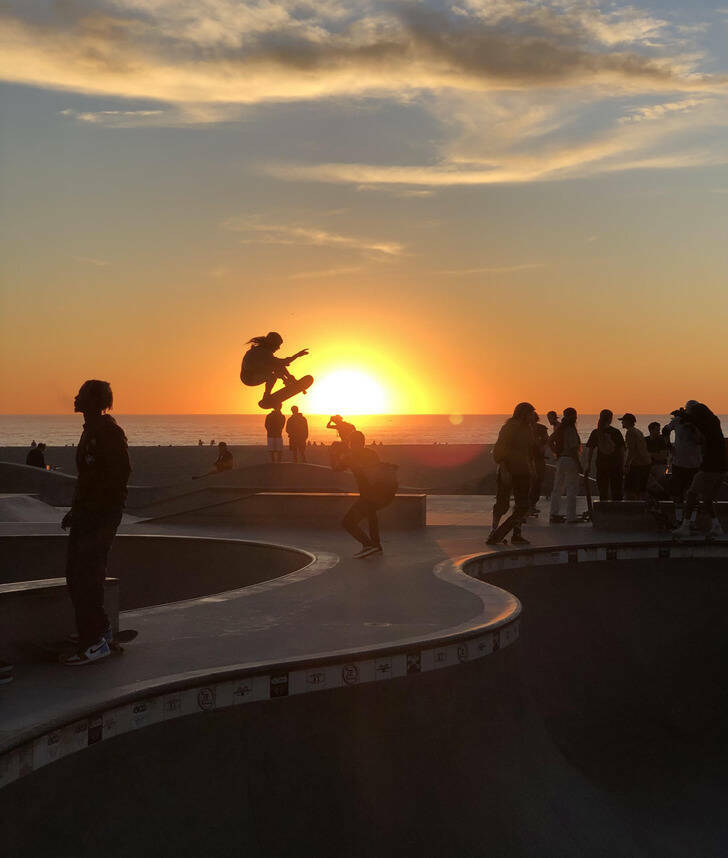 “This is a candle in the snow.” 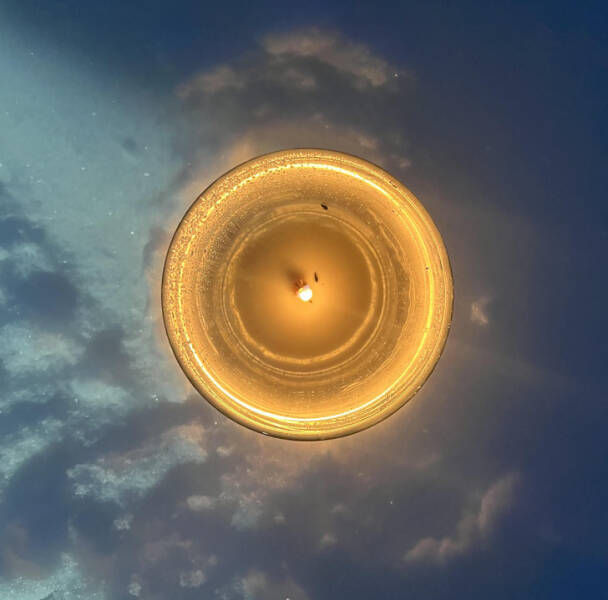 “I took about 200 photos of diving ducks, and only one of them had an interesting composition and was in focus.” 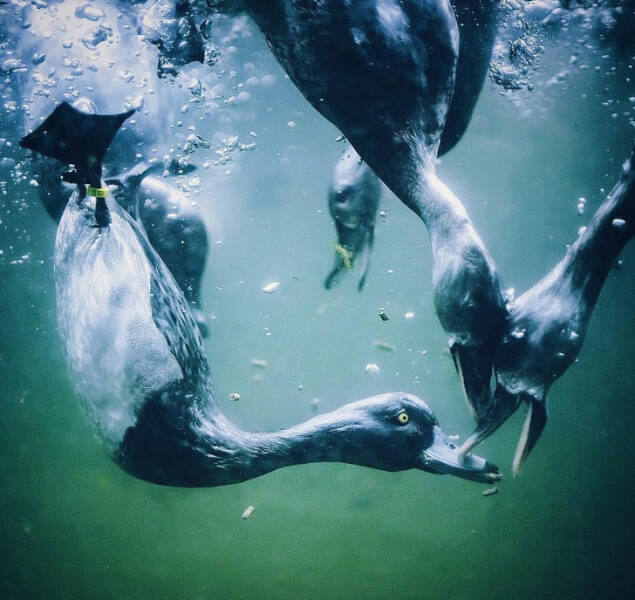 “I took this photo on a recent snowshoe expedition. I had to pinch myself to make sure it was actually real. 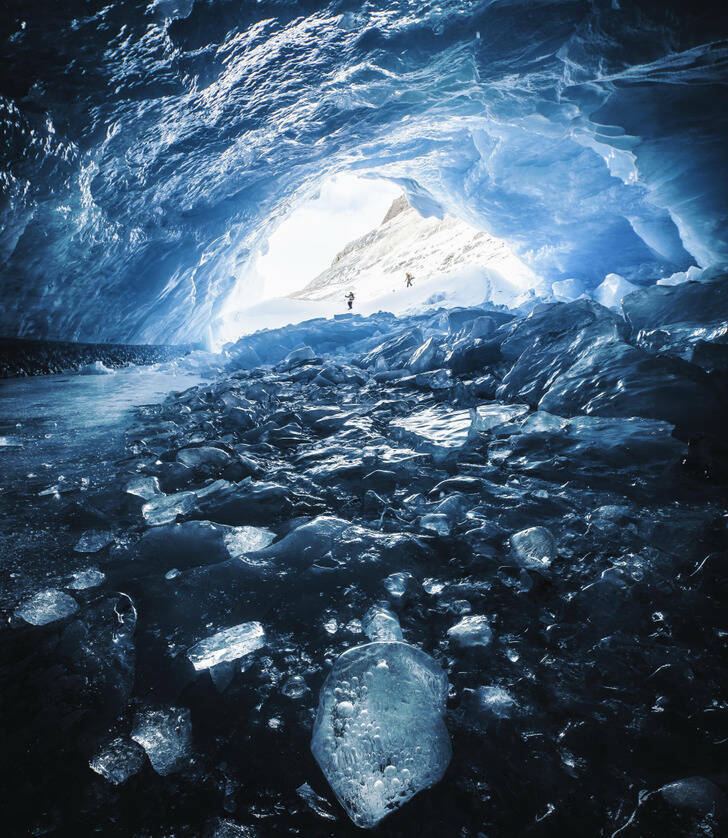 “I took a photo of these adorable guanacos kissing. They are relatives to alpacas, llamas, and vicunas.” 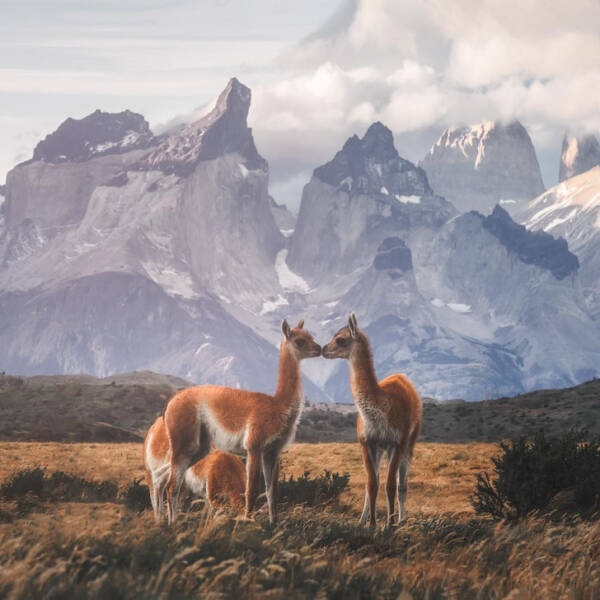 “Did anyone notice the mountains are kissing as well?”

“I was on my way after junk food with the wife and son, and then we spotted this light and the first snow was falling.” 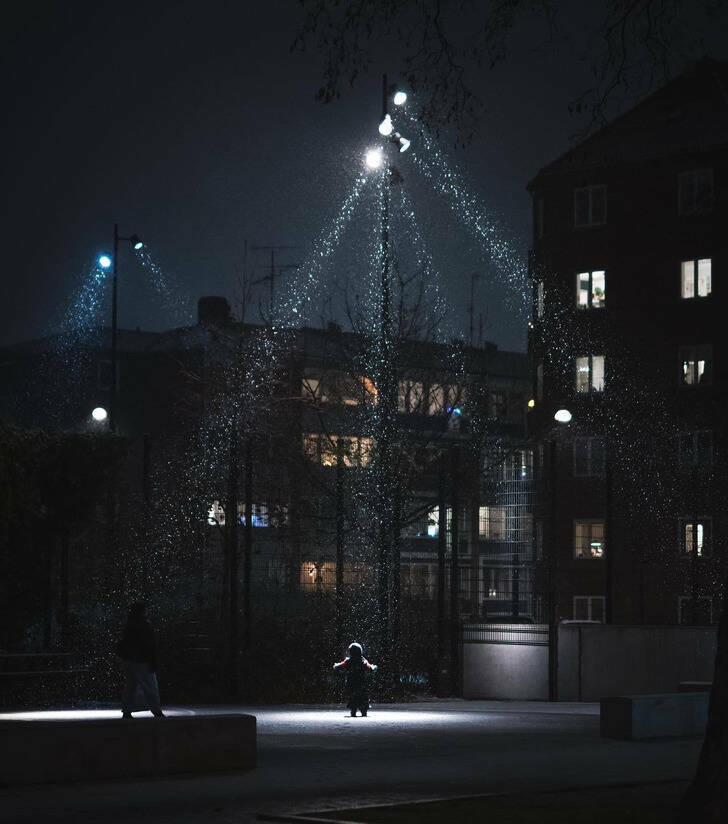 “I took a photo of myself lying between 2 lakes in South Australia, with a drone.” 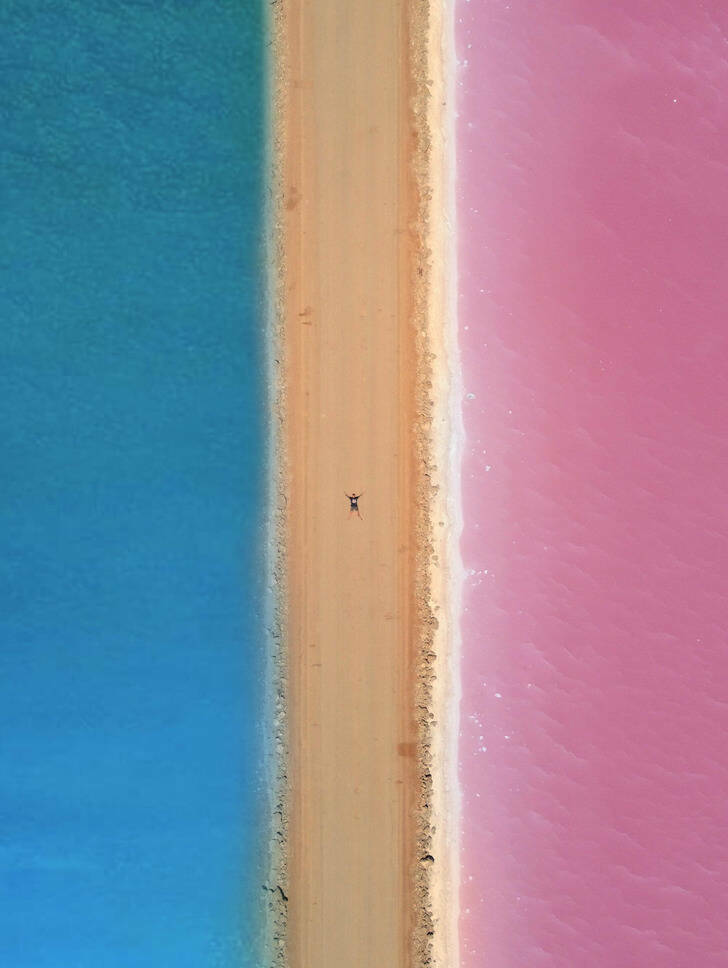 “The contrast of the shadows against the snow caught my eye while flying my drone, so I took this shot.” 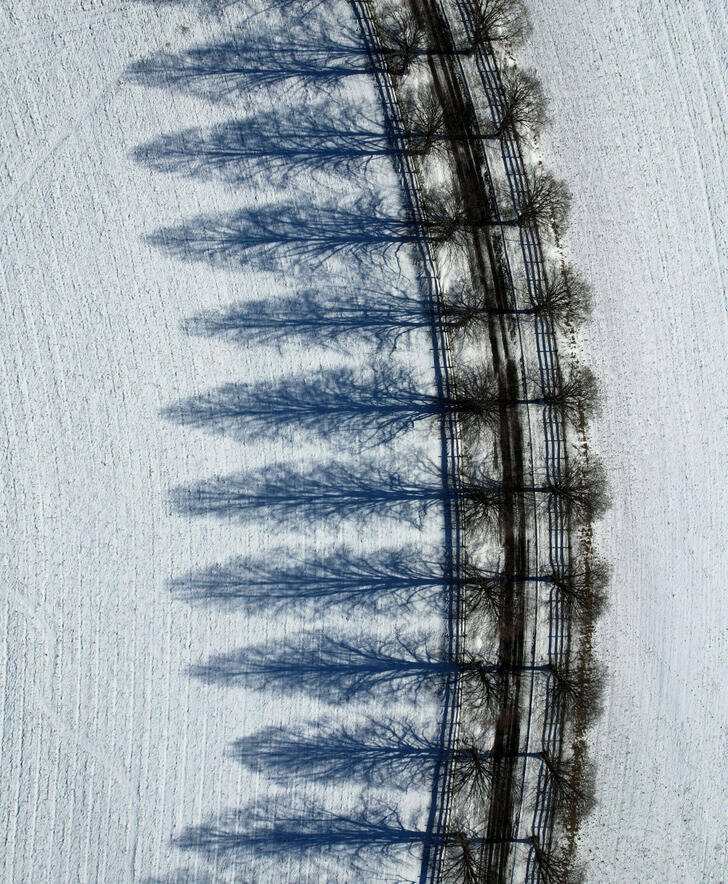 “I’ve been wanting to make this photo happen for a long time. Everything came together a few nights ago and I captured this self-portrait.” 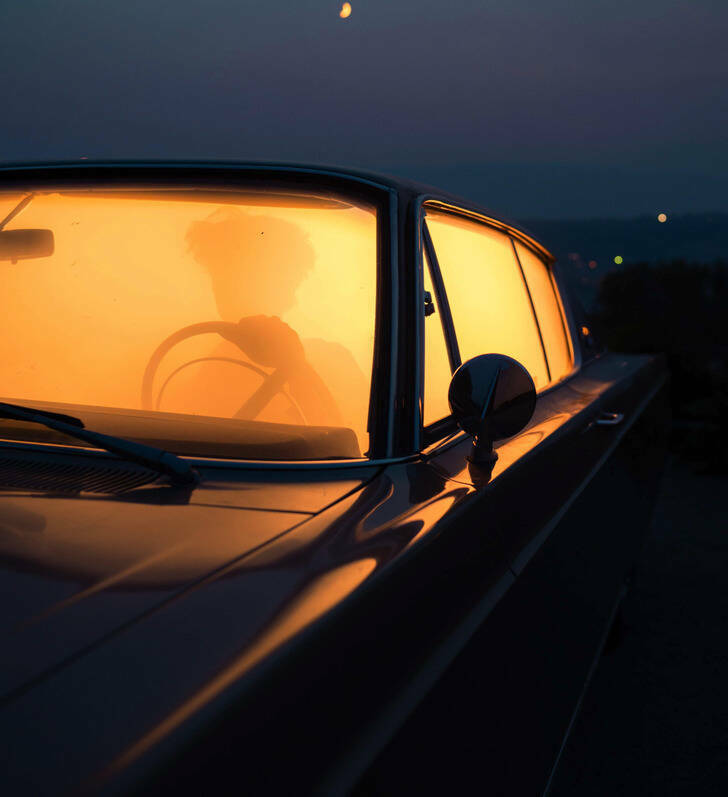 “I filled the inside of the car with a fog mixture of 80% water and 20% glycerin, then placed an LED light set to a warm white behind my head.” 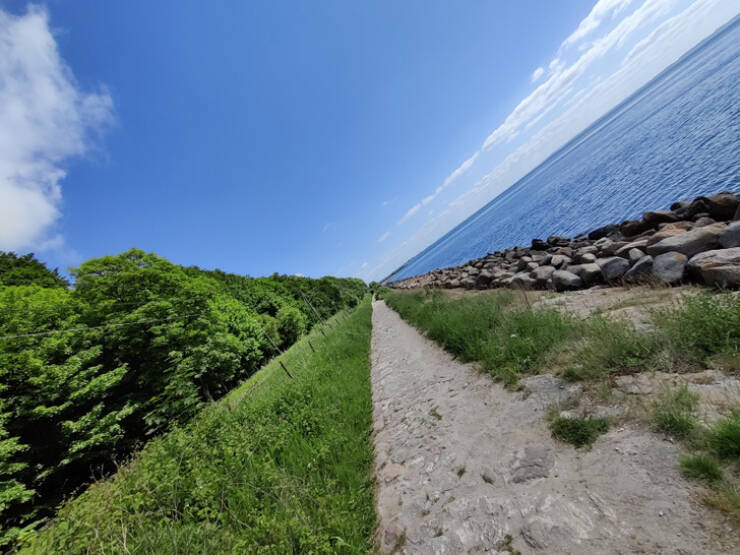 “I took a water bottle out of the freezer, looked inside to make sure it was frozen before filling it with water and thought it looked cool.” 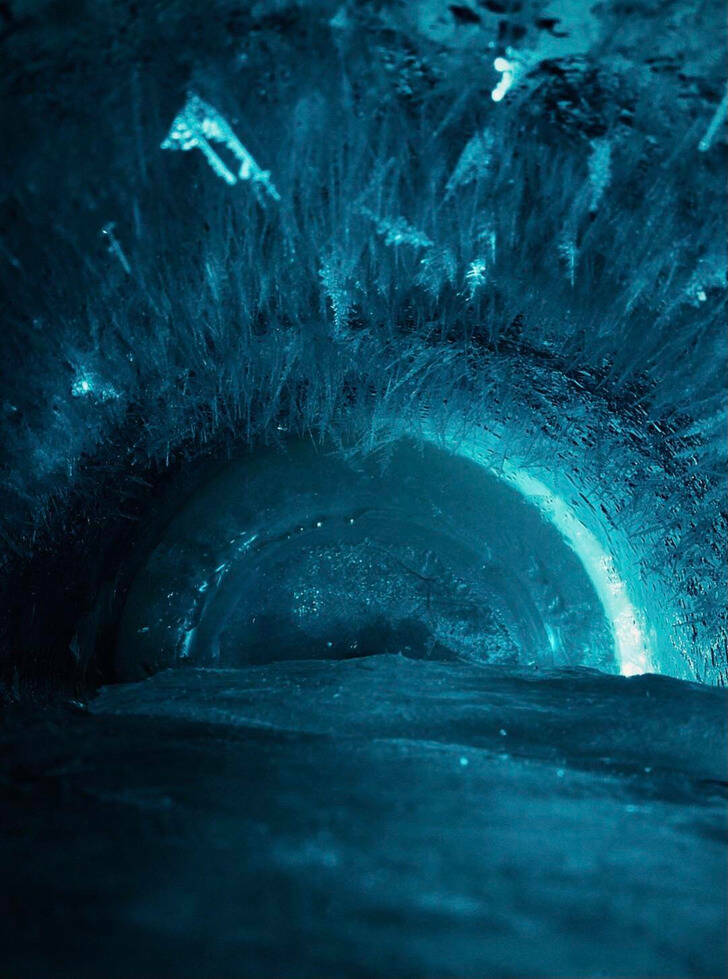 “A storm took a few trees down and blocked the tunnel.” 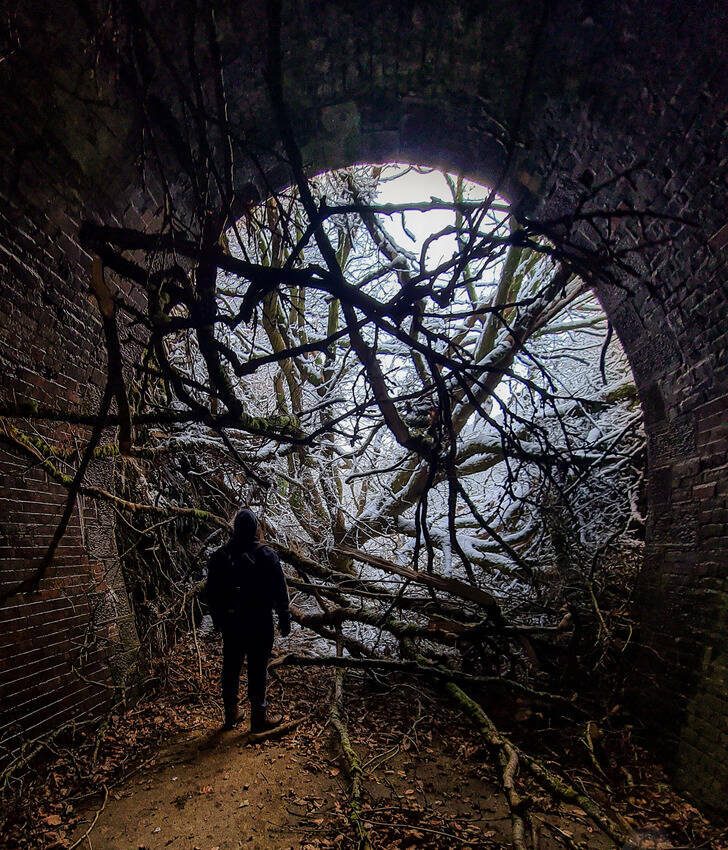 “A few years ago I just whipped out my phone and caught the fog blending almost seamlessly with the water.” 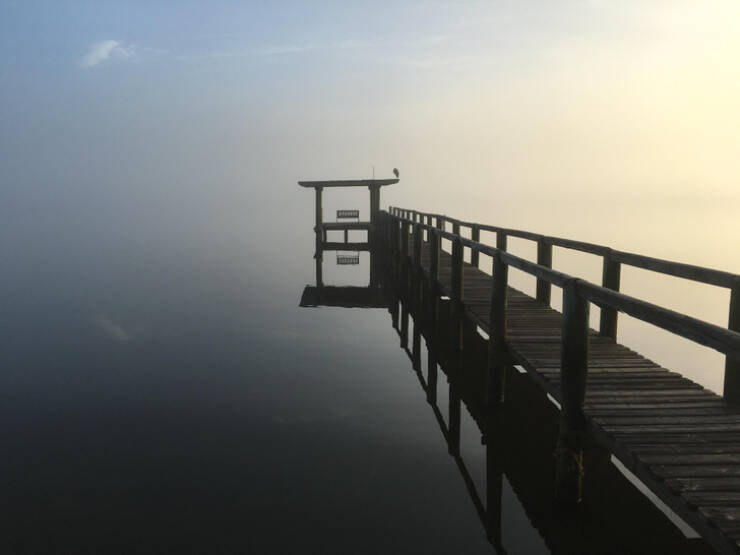 “I took a photo of 2 meerkats hugging.” 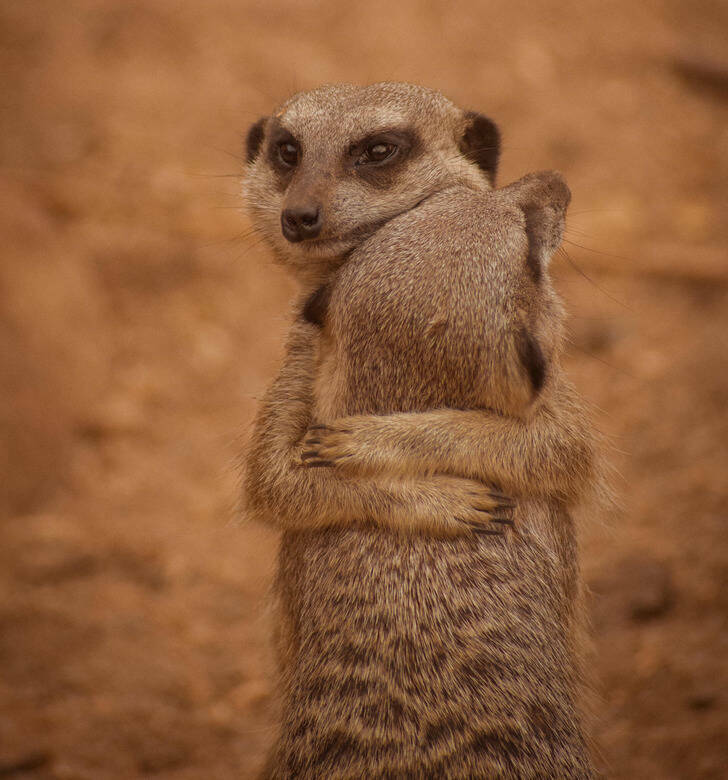 “I took a photo on a bridge in the middle of a snowstorm.” 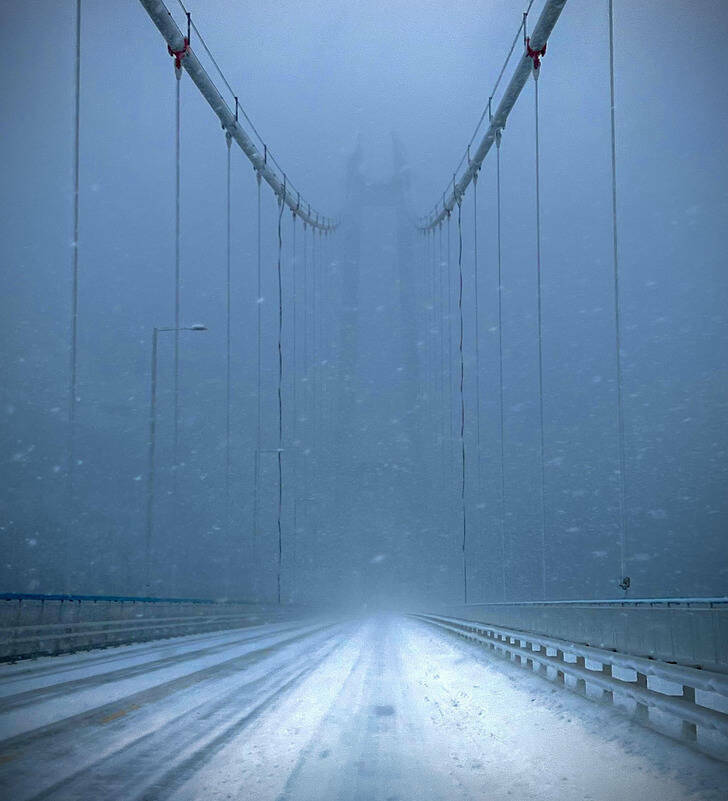 “It took about 1.5 hours of shooting to make the wax stalactite long enough.” 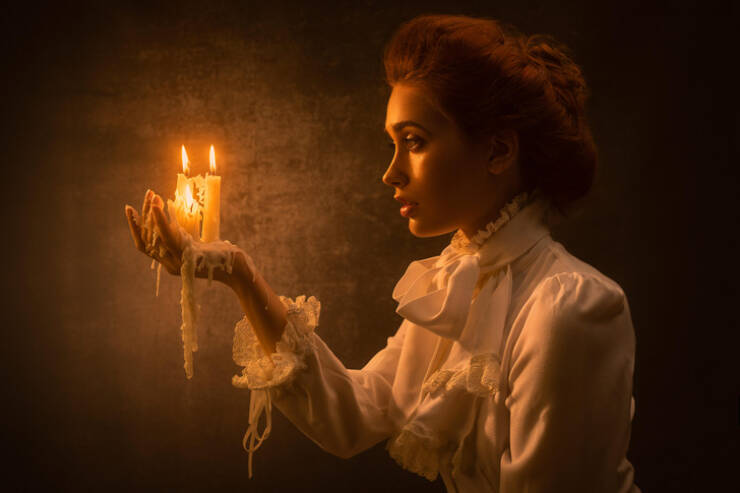 “Don’t worry, I didn’t burn myself. The candles have a low melting point. The first layer was a little hot, but no burns! After that, you don’t really feel it.”