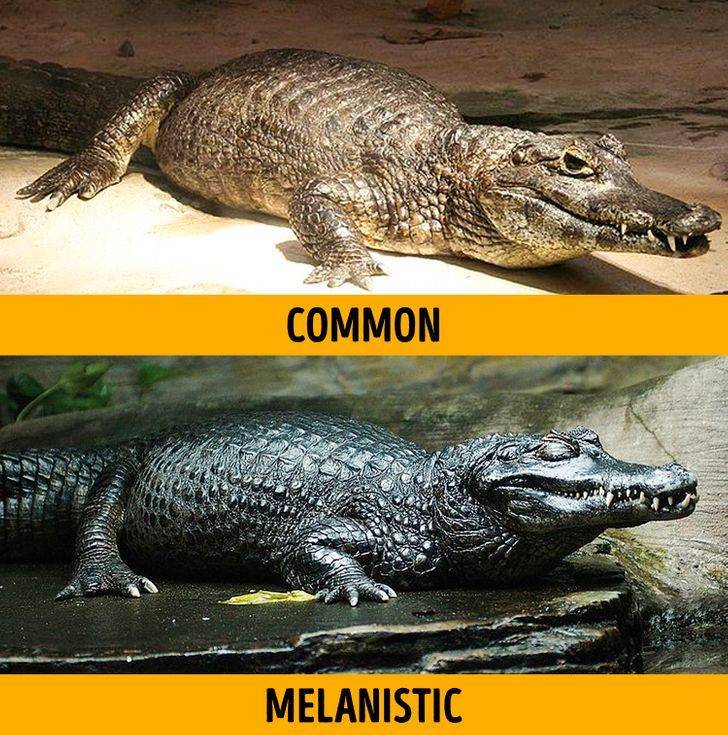 Melanism is caused by the increased presence of a black-colored pigment in the skin. The black specimens are called “melanic,” “melanistic,” or “black morphs.” 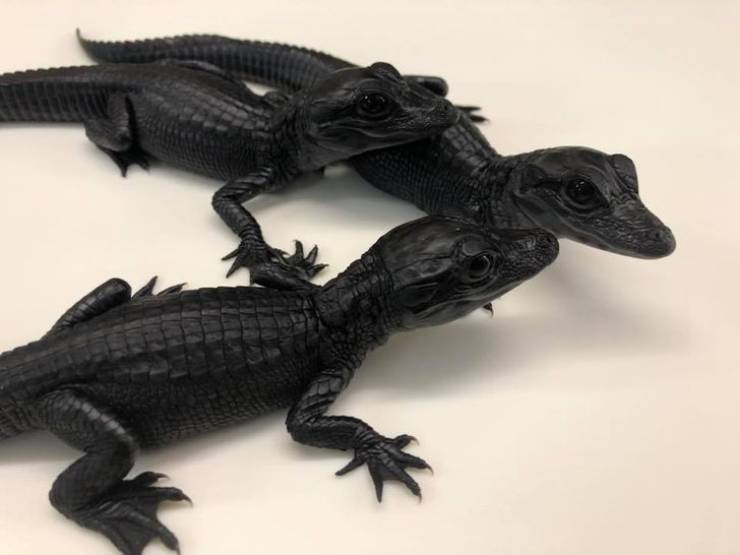 Some melanistic parrots keep some of their colorful feathers. Others don’t. 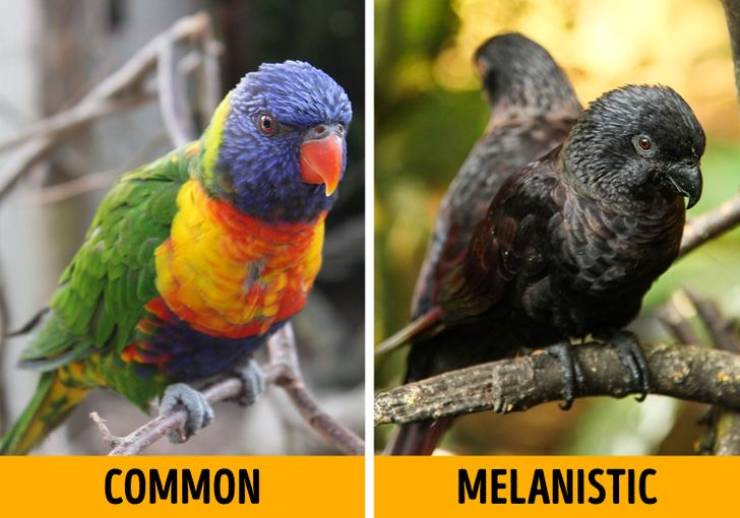 There is a common misconception that black panthers are a separate species. Actually, they’re just a leopard or jaguar with an over-development of melanin. 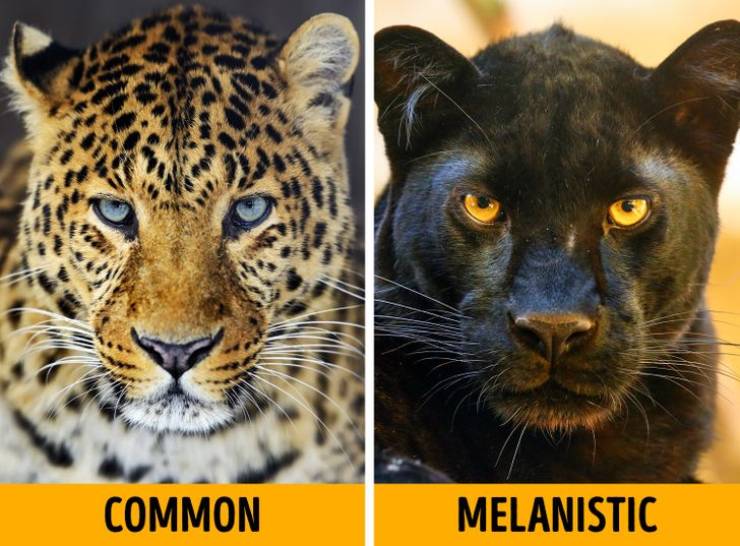 In cases of incomplete mutation, you can still see their trademark spots. 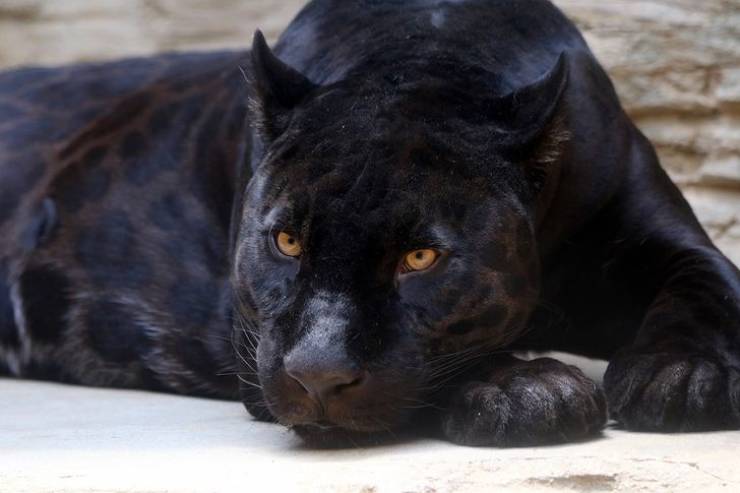 Melanism is heritable, but it’s carried by recessive genes, so sometimes it can skip a few generations before it appears again. Melanistic babies can be born from “normal” parents and vice versa. Oftentimes melanistic and non-melanistic siblings can appear in the same litter! 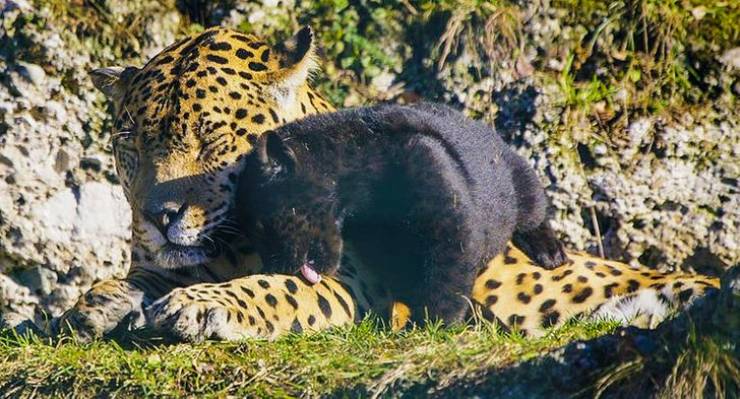 Unlike albinism, which happens more often to females, melanism happens predominantly to male cats. It also turns their irises yellow! 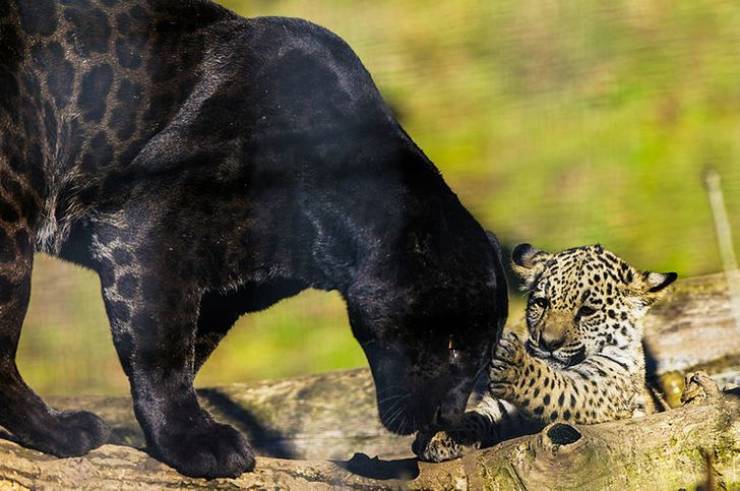 Melanistic foxes are relatively common and their grayish coat earned them the name “silver fox.” 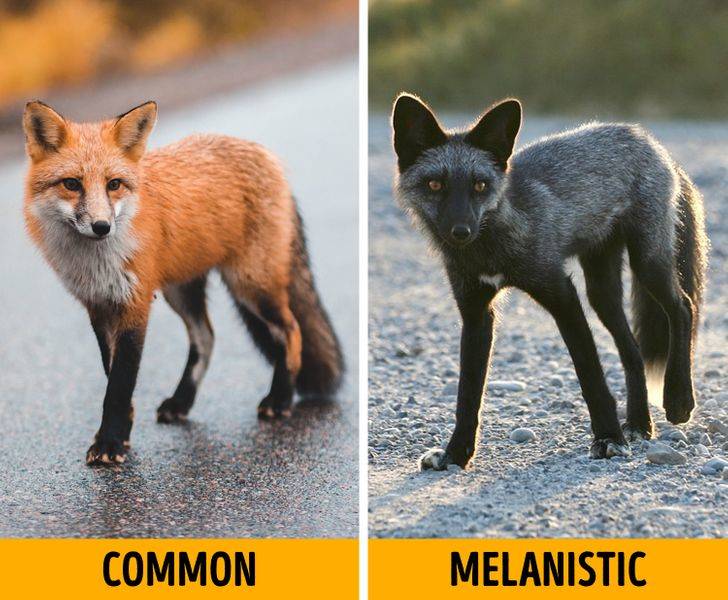 Sometimes melanism develops to better adapt an animal to the environment. A fox who hunts at night would profit from black fur, while a lion, who is a diurnal animal, wouldn’t. So there are no melanistic lions in existence. 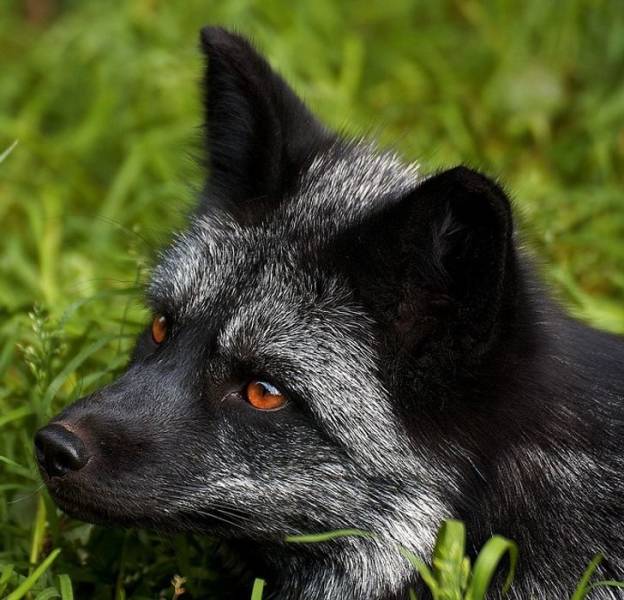 Melanistic rabbits are central to many myths. For example, it was believed that hunting a black rabbit would bring bad luck. 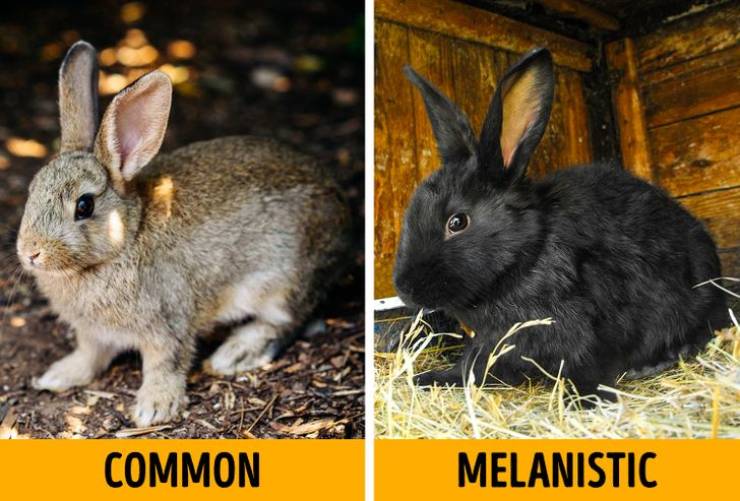 Guinea pigs, like many other pets, are often specifically bred by humans to be melanistic. 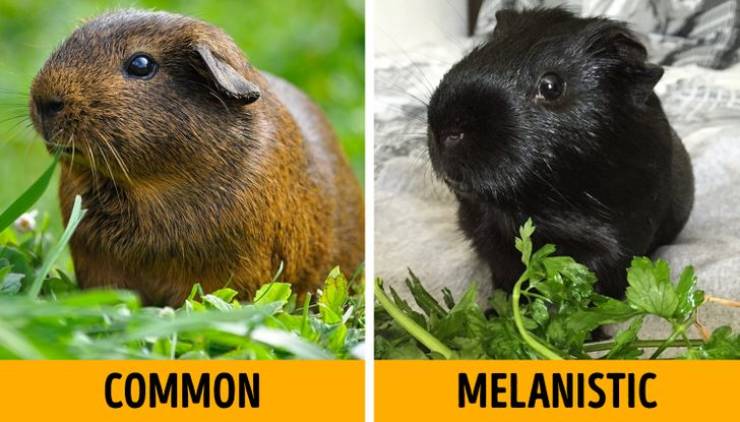 The coloration of melanistic deer can vary ⁣from soot-black to brown. 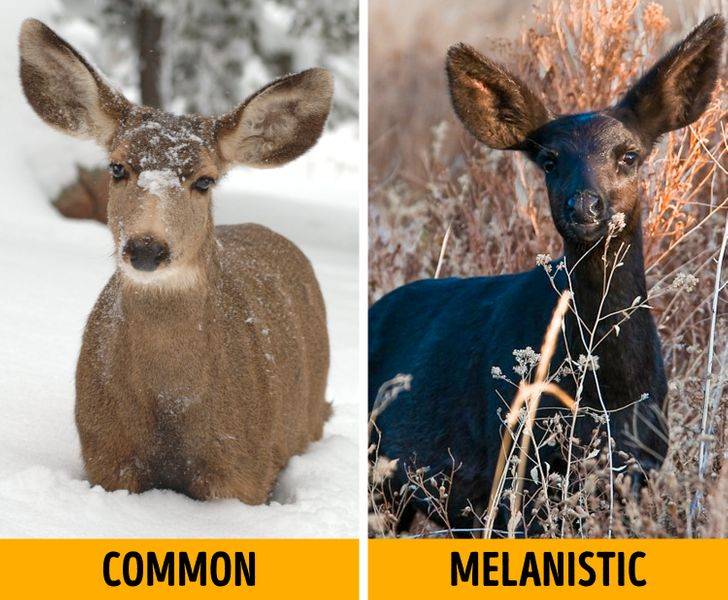 Melanism can even be found in some insects like this peppered moth. 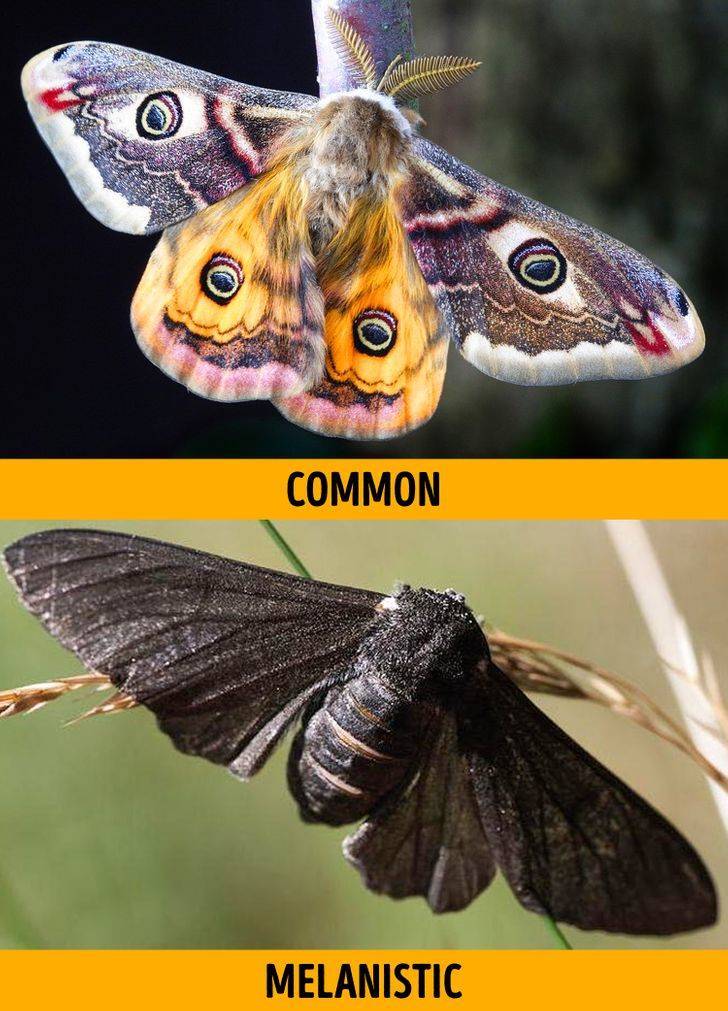 For these moths, the phenomenon is called “industrial melanism.’’ During the time of the Industrial Revolution, when a drastic increase in air pollution happened, more moths turned black to better hide amidst the darkened environment. Now, as pollution has reduced, the non-melanistic group is growing bigger again.

Similar to foxes, black morphs among squirrels occur often enough to separate them into their own subgroup. In bird’s, pigmentation is located in their feathers. 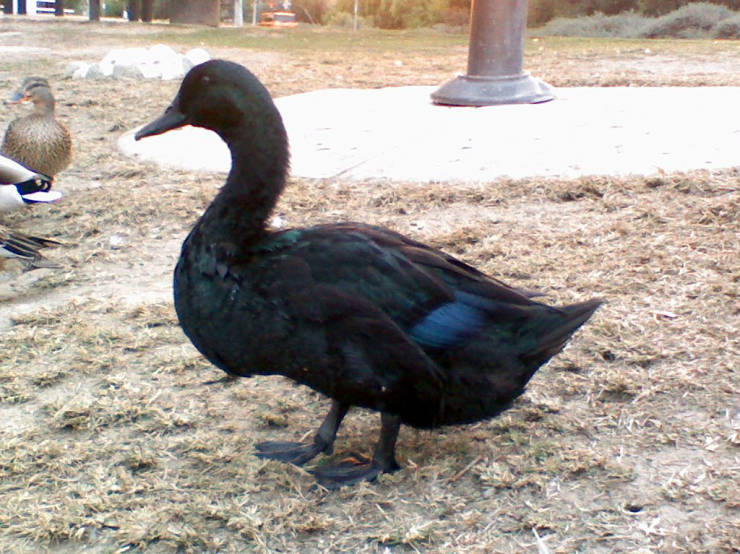 White and melanistic silkie roosters look like a pair of chess figures. 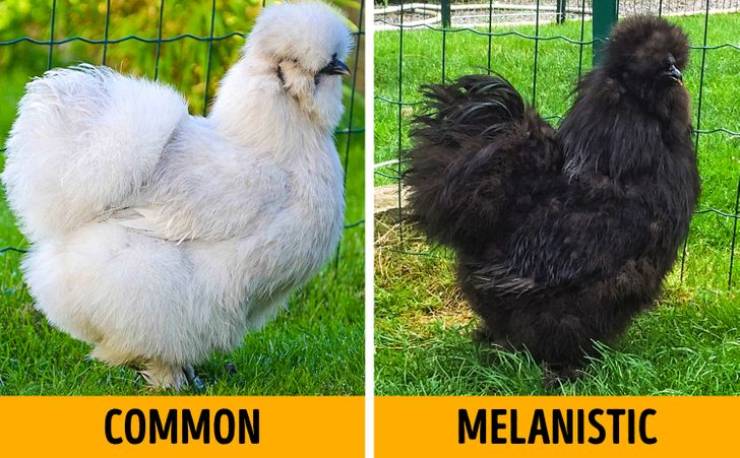 For reptiles, melanin helps them to keep warm better. 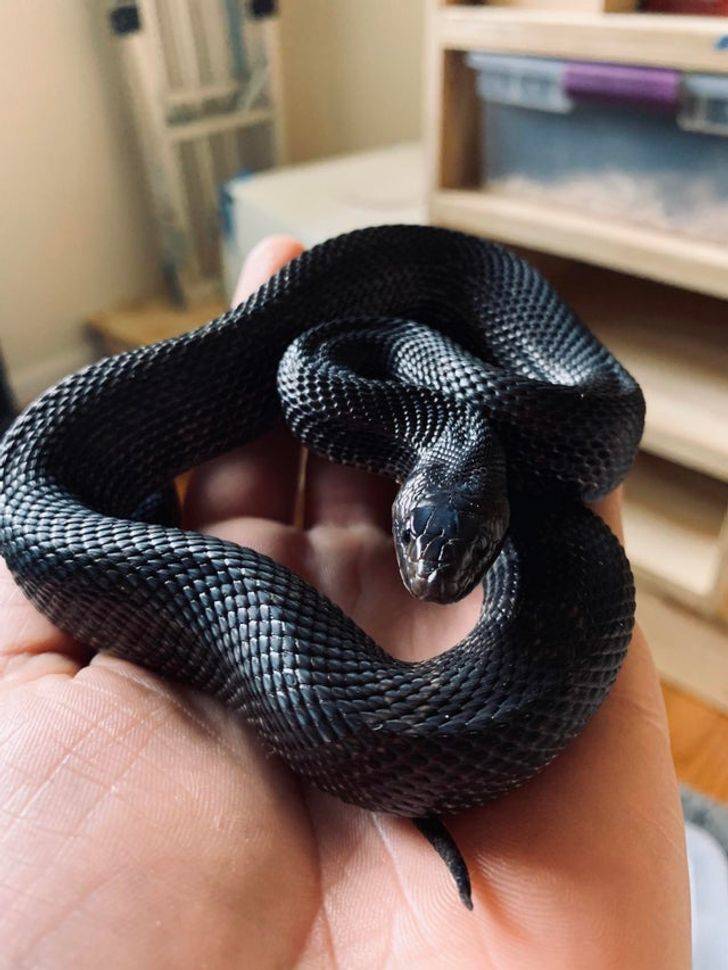 Black lizards are even sneakier than ordinary ones. 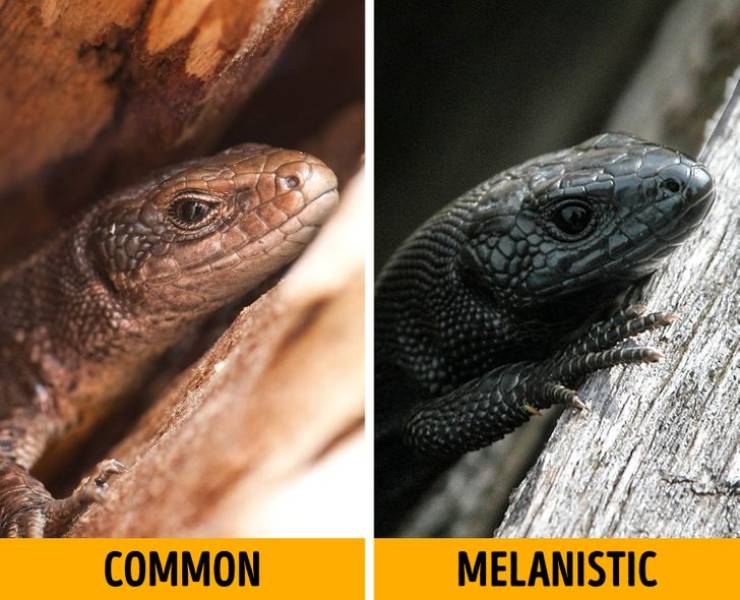 Baby turtles have a harsh quest when hatching: to make their way to the sea and to not get eaten. This is especially challenging for black ones! Servals are very secretive animals and even meeting a common serval is a tough challenge. 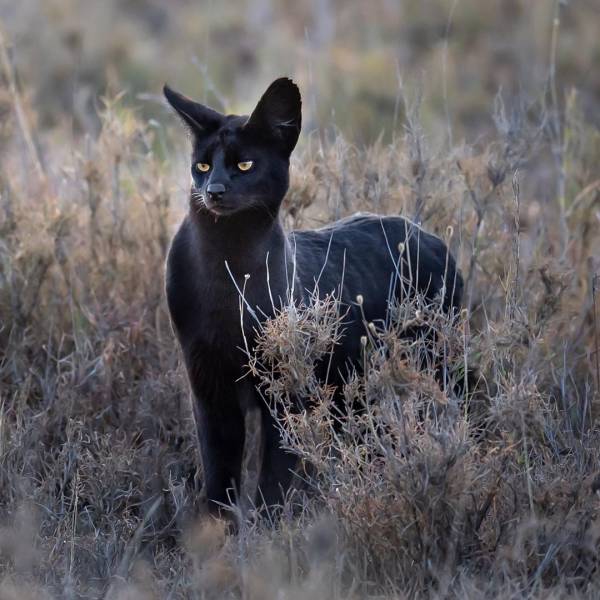 This melanistic raccoon has reached the extreme level of a bandit-like look. 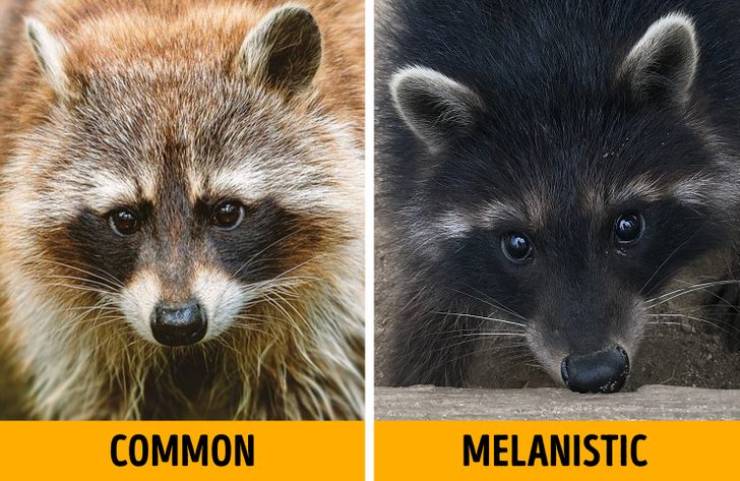 Bonus: Many animals who have their “melanistic form” also have an “albino form.” 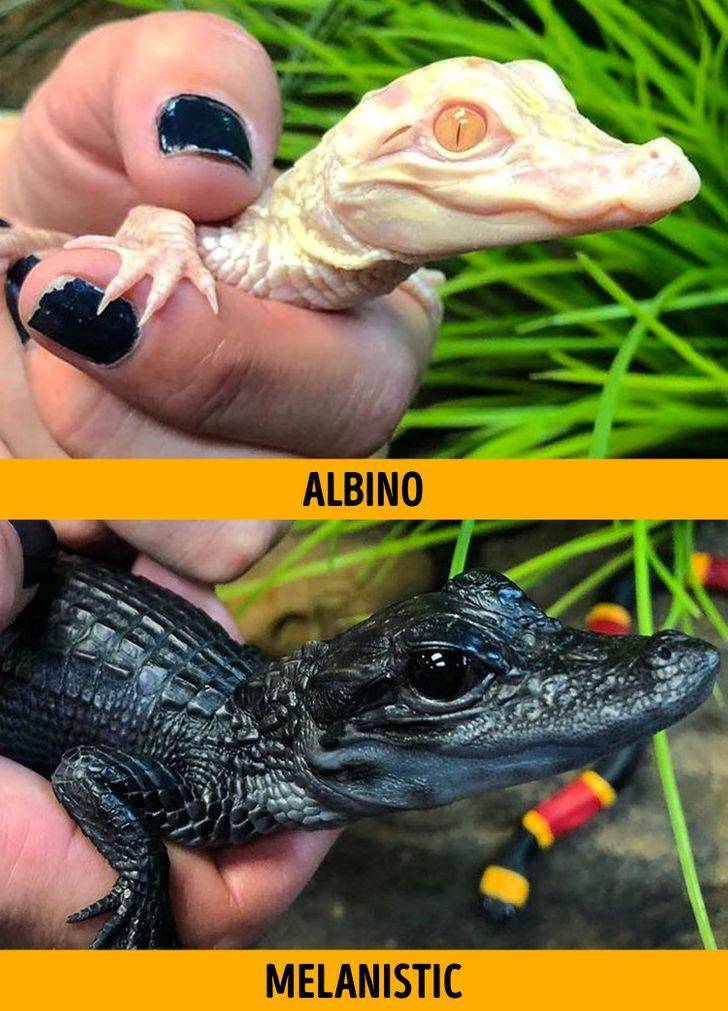 But unlike albino animals, who are much less viable in the wild due to their visible skin and poor eyesight, melanism often proves to be useful for survival: both in hunting and hiding. In these cases, the mutation will be picked up and carried on by natural selection. 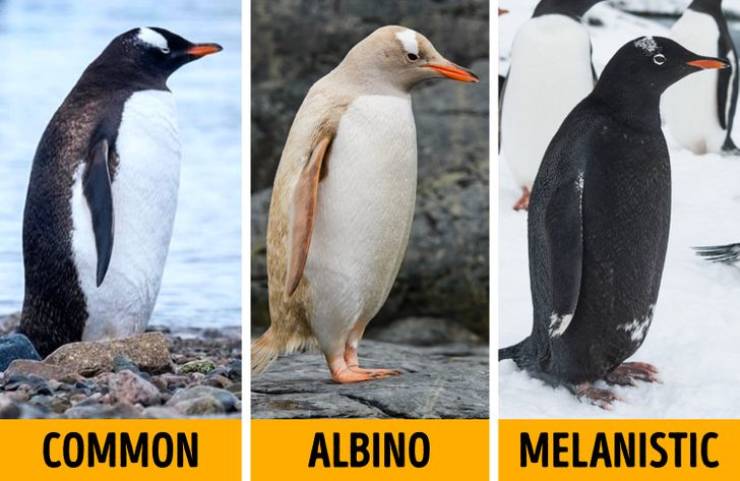