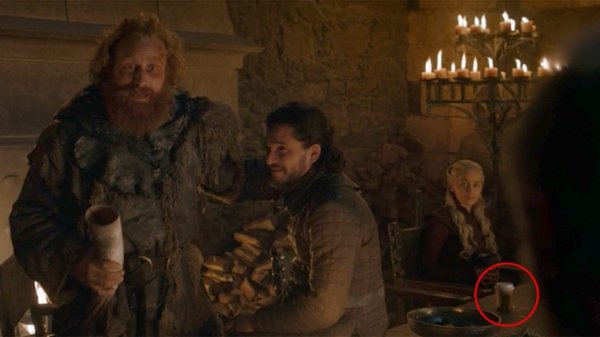 So you’ve probably been beaten over the head with the coffee cup left in Game of Thrones a few weeks back, and I’m not here to bring it up any more than I have to. But GoT decided to keep the train rolling on mistakes this last episode, so I thought we’d go back and check out the best of their goofs and blunders.

SPOILERS AHEAD FOR ALL THOSE NOT CAUGHT UP ON GAME OF THRONES! 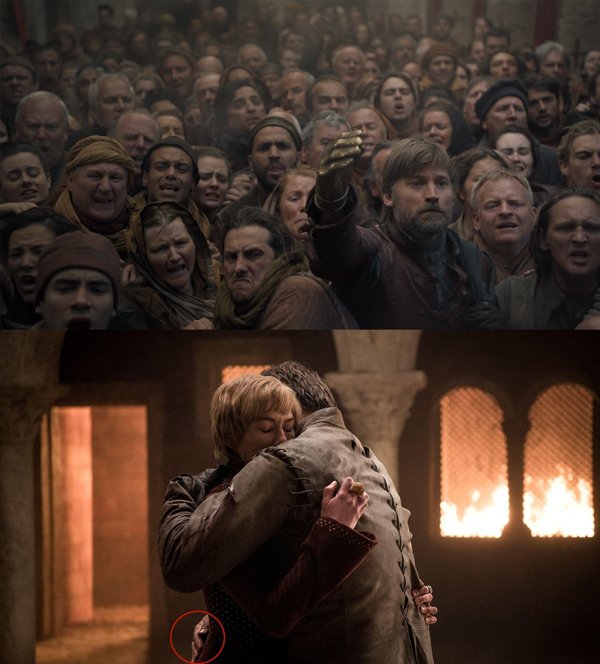 Remember how Jaime lost his hand and has been rocking that awesome golden fist? It was even a plot point in the last episode as he tried to get into the Red Keep by waving his bling around to show who he was. Well, later in the episode when Jaime and Cersei reunite you can spot that his hand has magically grown back. The power of love I guess?

If you look closely at the King’s Guard on the right, he has a little trouble putting his sword back into his sheath after Ser Barristan Selmy takes his leave. 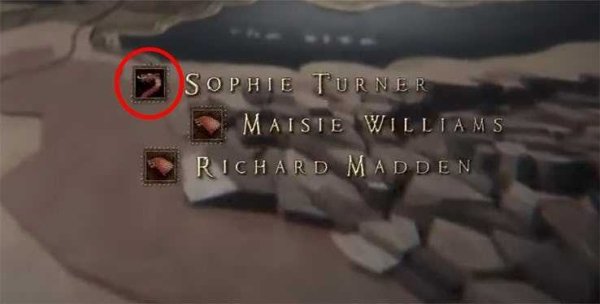 In the opening credits of the first season, Sophie Turner’s (Sansa Stark) name was billed with a dragon, the sigil of house Targaryen, instead of a wolf like the rest of House Stark. 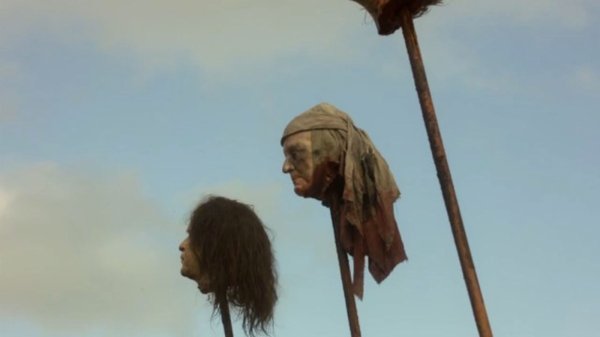 As upsetting as it was to see Ned Stark’s head on a pike, if you looked more towards the left you would be able to see a prop head of former president George W. Bush. The producers pointed this out stating that it wasn’t a statement or choice to use his likeness, but for most beheading scenes they use whatever props are around and it just happened to be his. HBO has since changed the look of the head and publicly tore the producers a new asshole for their mistake.

Before the Battle of the Bastards, Jon Snow runs up to his horse and you can watch his “steel” sword wobble back and forth like rubber. Probably because it’s a rubber prop sword, but it still looks pretty goofy.

Some people say it’s his sheath without the sword in it, but he very clearly has his sword Longclaw soon after (in one of my favorite shots of the show). 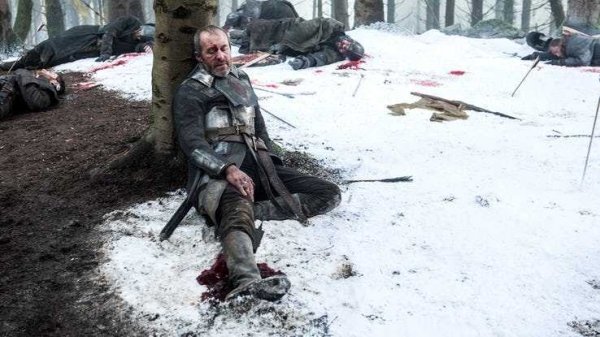 During Stannis Baratheon’s final scene, you can see a laptop charger laying next to his leg. From what I could find, people are saying this was to power the pump that was pushing out his “blood”. 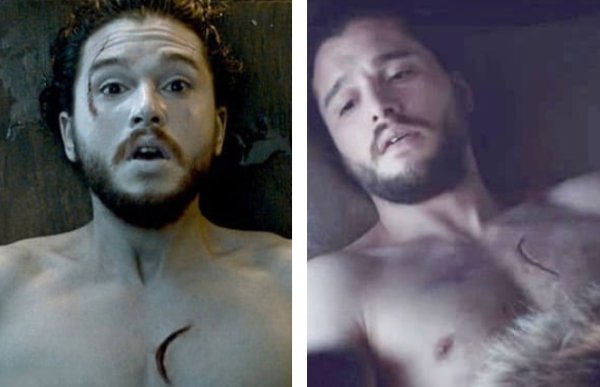 Consistency has never been a strong point in this series, and here we can see Jon Snow missing his facial scars and his chest scar has moved and changed shape a bit.

I’ll never forget watching Melisandre take off her necklace and turn into her true form: that lady in the bathtub from The Shining. 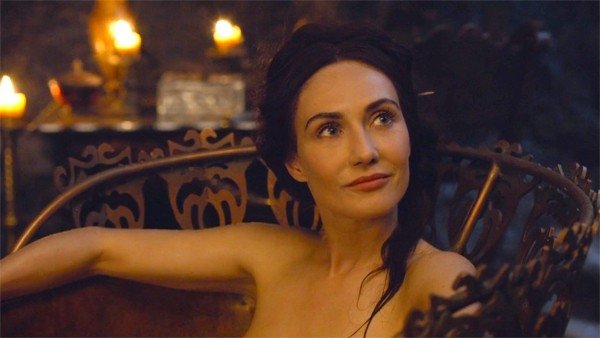 But don’t forget in season 4 she took a bath, not wearing her necklace. I would be more upset if it wasn’t for the, you know, naked lady.

Near the end of Season 5, Danaerys’s hesitation to host the fighting pits in Meereen were well founded, because it very quickly became a massacre for the Sons of the Harpy. After they litter the stands and the pit with bodies, the corpses seem to disappear once Drogon appears to rescue Dany. 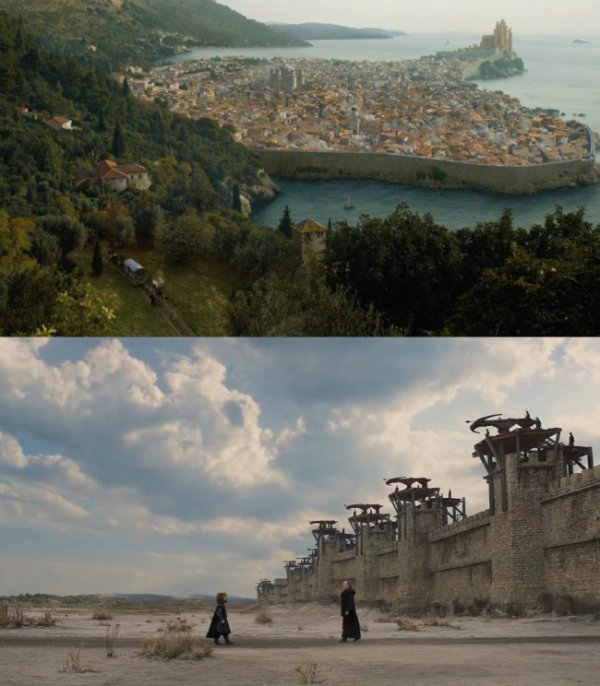 Season 1 showed King’s Landing surrounded by water, which would make sense for season 2’s Battle of Black Water Bay. But come season 8 the kingdom is surrounded by what looks like a desert. Maybe it’s a really bad drought? 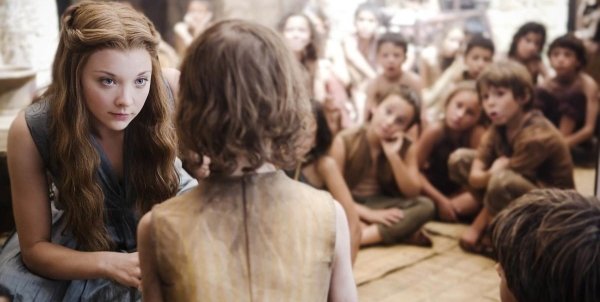 In season 2, Margaery talks to the common folk in the streets of King’s Landing. If you listen closely, you can hear what sounds like an email notification in the background. Apparently, the ravens come with custom text tones when you send a message.

But the biggest mistake to me is that Jon never said goodbye to Ghost. SAY GOODBYE TO YOUR WOLF YOU ASSHOLE! The producers say that there wasn’t money in the budget for Jon to physically pet his big doggo, but all the dragons and zombies and explosions and wildfire beg to differ.

Tomorrow the final episode of Game of Thrones premieres, and with the way this season has been going, I’m probably going to walk away and never look back. And now our watch has ended.