21 Pixar Characters That Were Voiced By Celebs 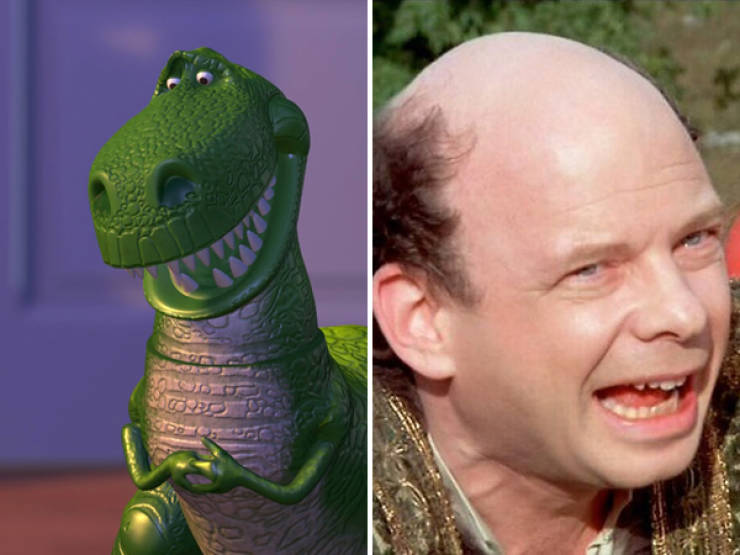 Yes, the infamous Vizzini in The Princess Bride (and co-writer/star of My Dinner With Andre) is the voice of Rex across all of the Toy Story films. In fact, he appears in other Pixar projects like The Incredibles (he’s Gilbert Huph, AKA, Mr. Incredible’s awful boss that gets chucked through a wall). 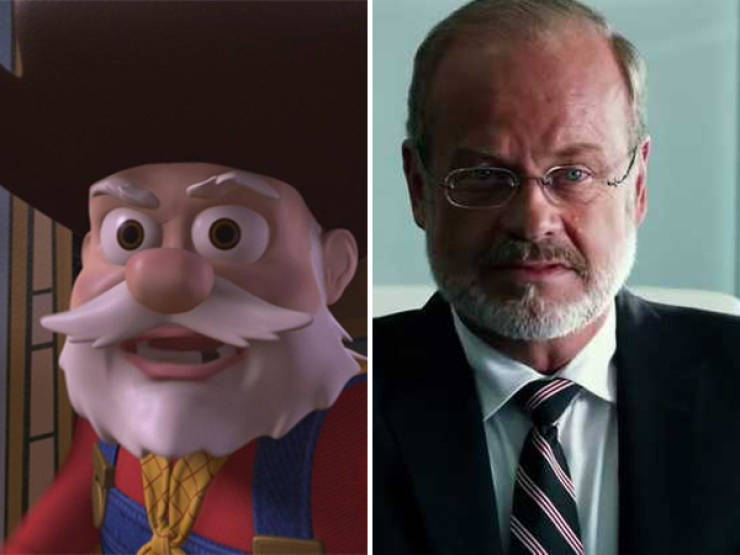 Toy Story 2 is one of my favorite Pixar films ever made, but it wasn’t until a few years ago that I realized that Kelsey Grammer was the voice behind its fantastic villain (seriously, I’ve been a fan of Frasier since I was a kid, I have no idea how I never noticed this). 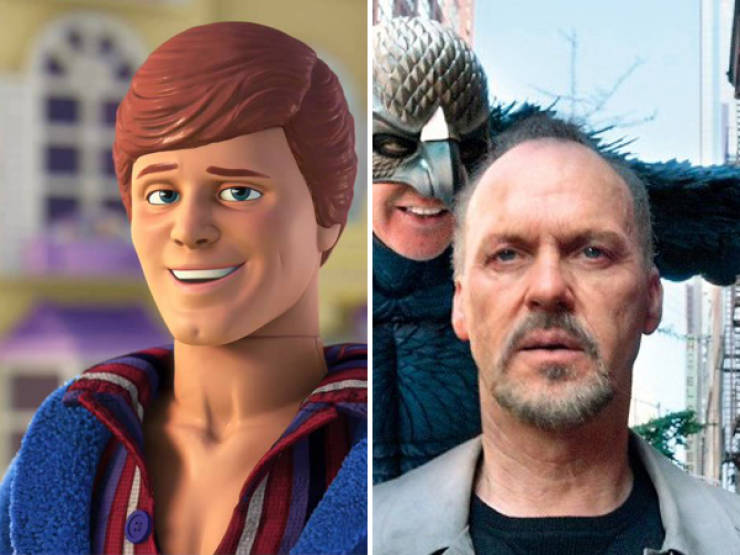 As a side note, I’ll mention that there’s a tendency in animation design characters after their voice actors.

Not to be harsh on Michael Keaton, but he’s not exactly a Ken Barbie doll, and yet there’s no denying he absolutely crushed this role. 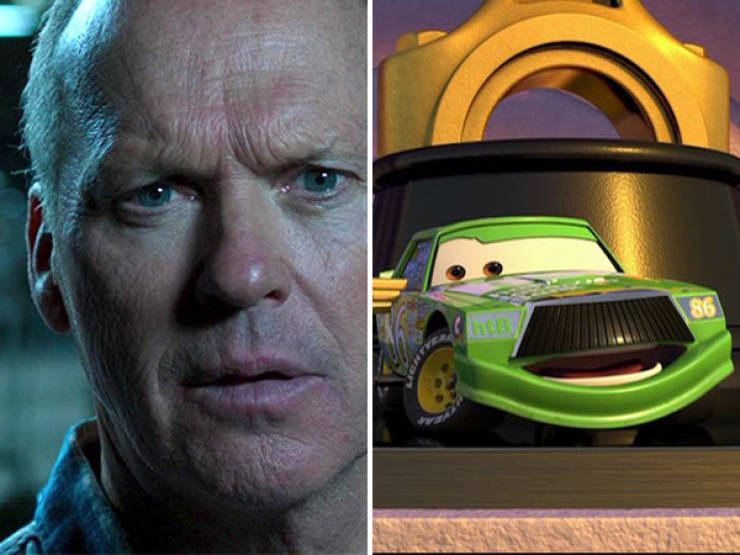 Okay, this is a character that actually fits the vibe of Michael Keaton. 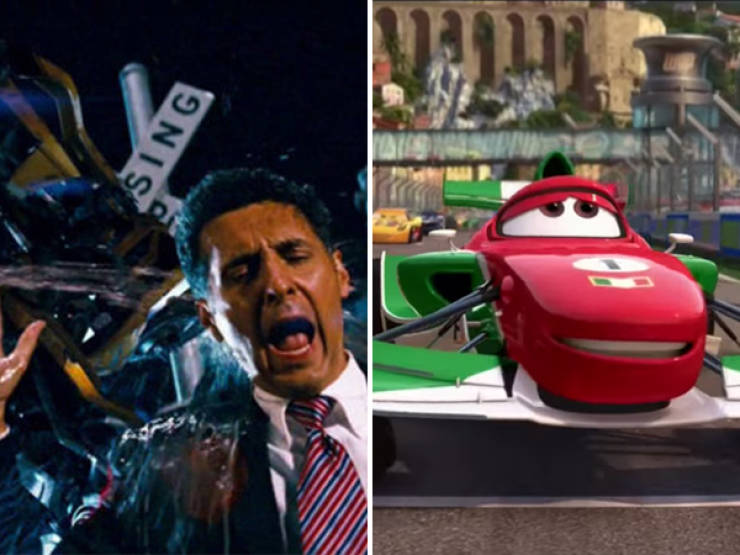 I find it deeply amusing that John Turturro managed to be in Cars 2 and Transformers: Dark of the Moon not only in the exact same year (2011), but the exact same summer as well. 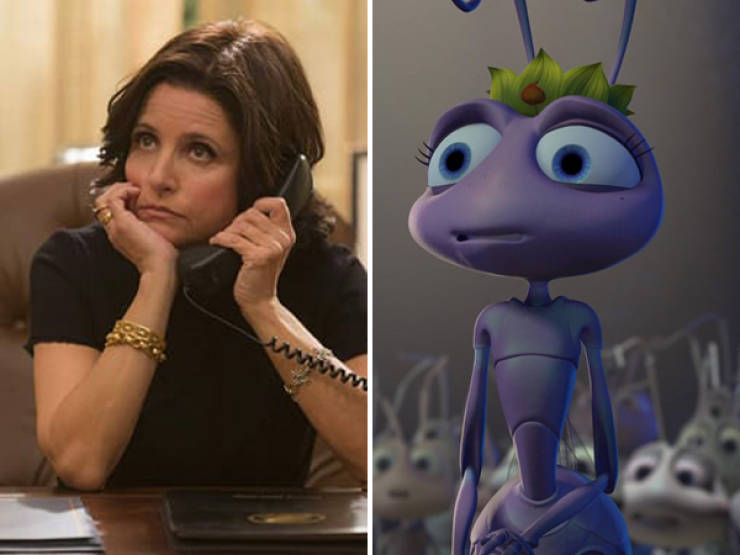 Yes, the legendary Seinfeld star appeared in A Bug’s Life (I’ll use this space to note that A Bug’s Life is damn near a remake of Akira Kurosawa’s Seven Samurai from 1954, that’s not important information, it’s just odd). 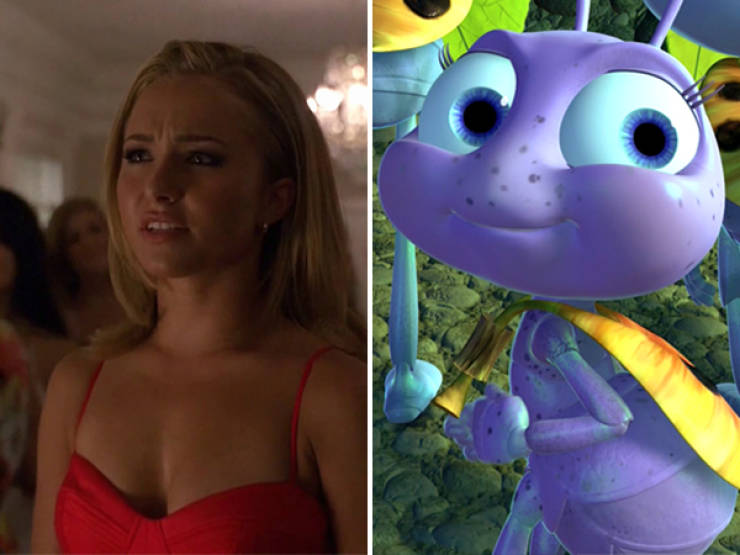 No, you’re not reading that wrong. A Bug’s Life was released in 1998, so Panettiere was only nine-years-old when she played the part. 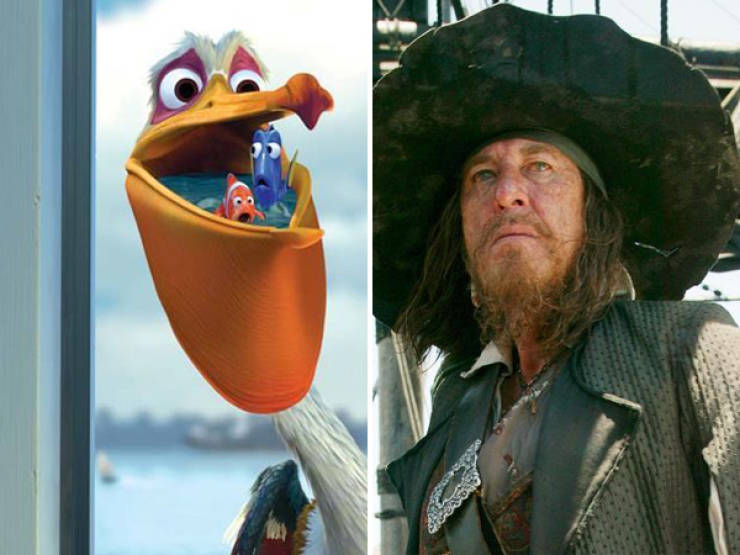 Odds are if you recognize Geoffrey Rush’s name, it’s from the Pirates of the Caribbean movies as Captain Barbossa, but his career has some really incredible diversions like Finding Nemo. 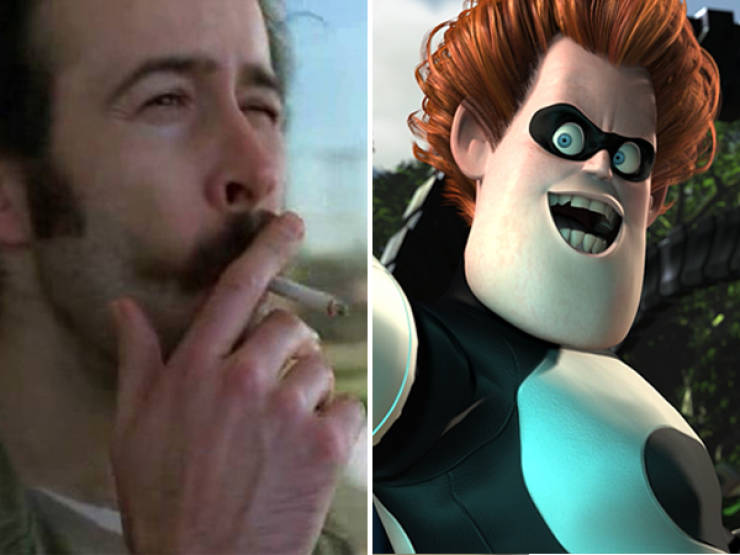 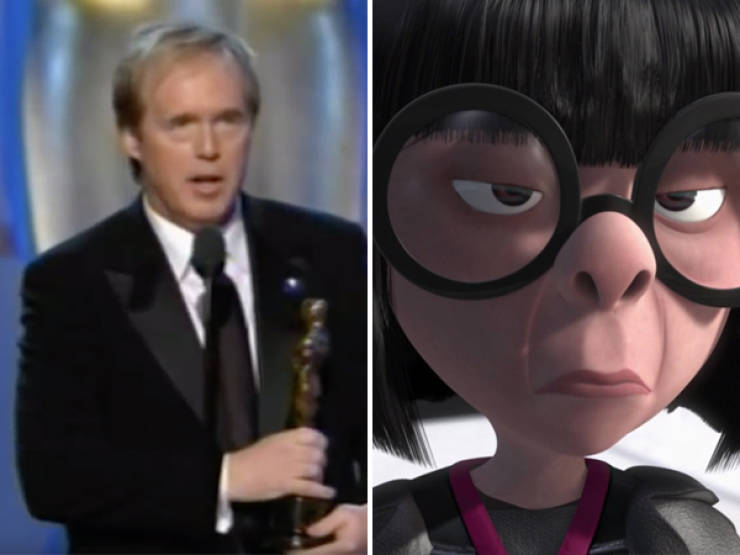 You might not recognize Brad Bird as an actor, but that’s not exactly his main profession. He’s a director, and the director of The Incredibles (along with the immortal classic The Iron Giant). 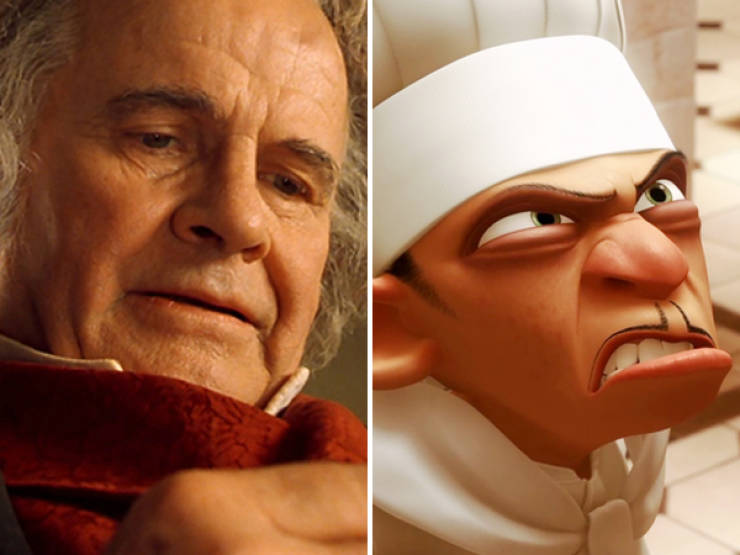 I feel bad for Ian Holm. He’s gotten plenty of work over the years in film and theater, but no one seems to recognize his face despite starring in Alien (playing Ash), Lord of the Rings (playing Bilbo Baggins), and countless other films.

But I can’t talk too much, because I had no idea he was in Ratatouille until VERY recently, so… Yeah. 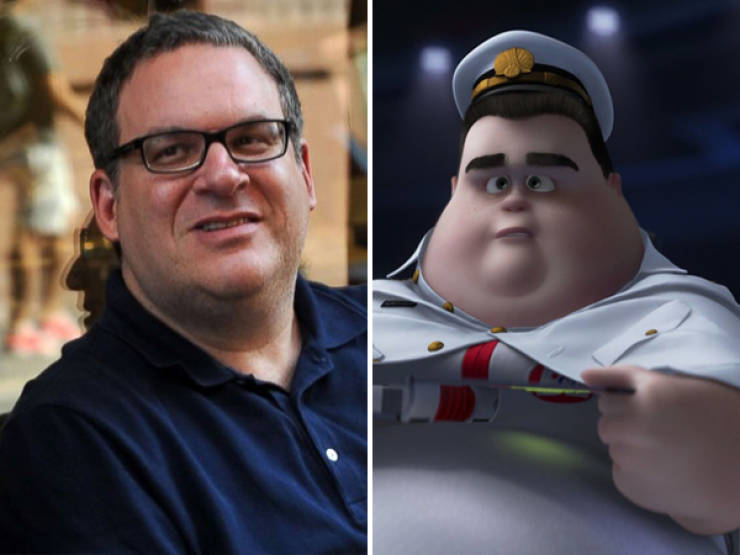 I think I could pick Jeff Garlin’s voice out of a crowd at this point. His distinct (and hilarious) voice stands out even more in WALL-E since he’s one of the few human characters to even get speaking lines. 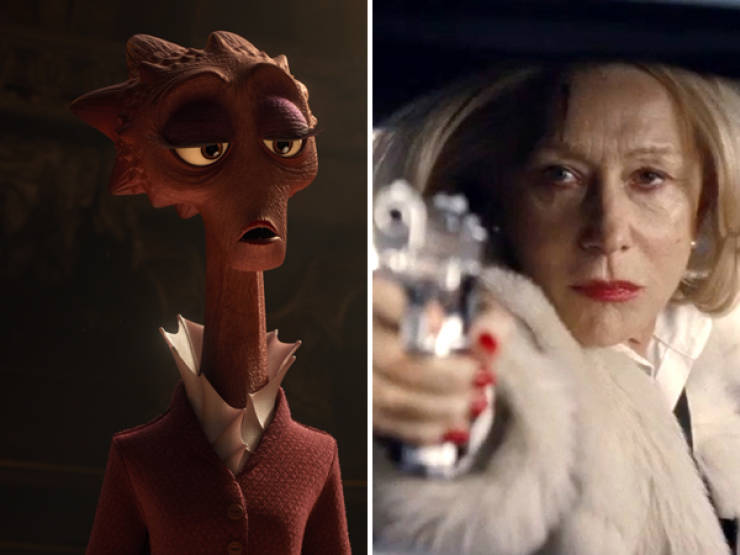 Helen Mirren is awesome, and frankly, that’s all I need to write here. 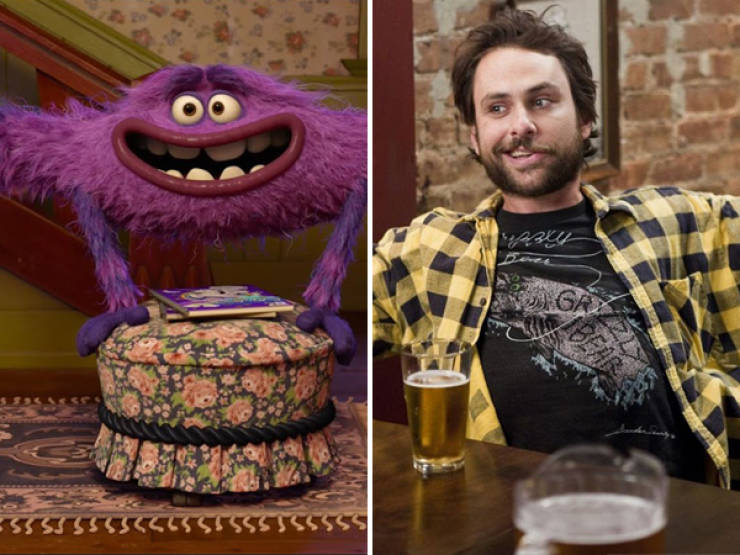 Yes, one of the leads of It’s Always Sunny in Philadelphia managed to sneak into a Pixar movie. And unbelievably enough, he’s not the only one. 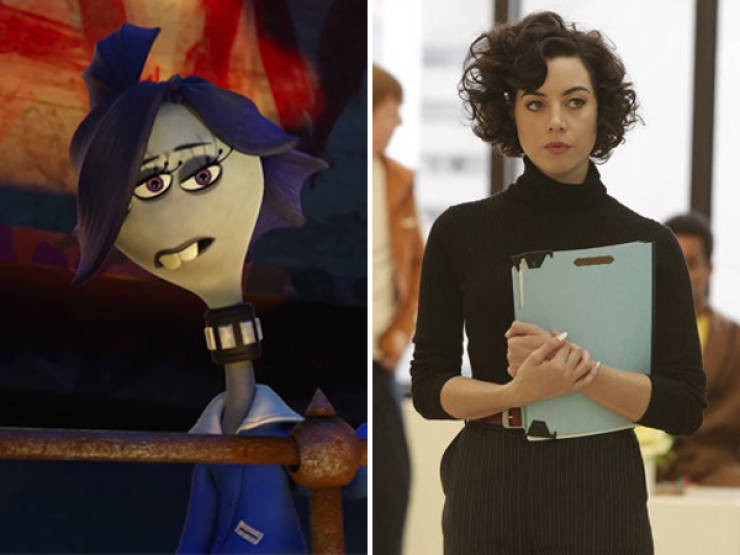 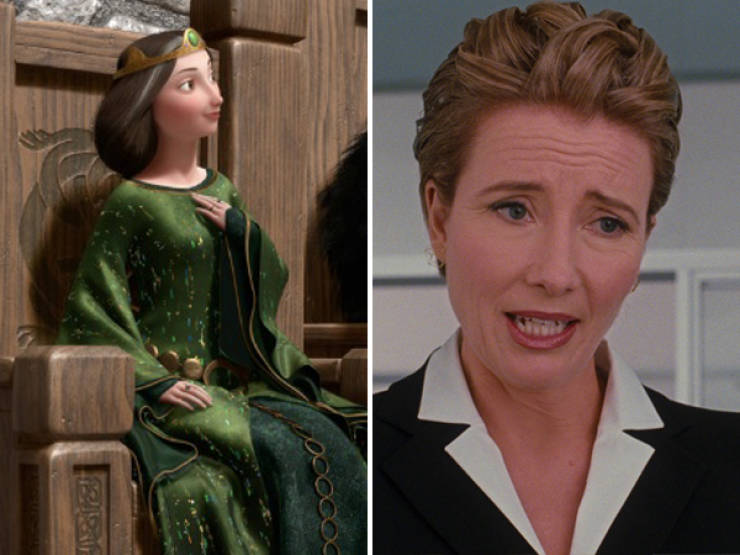 Dad, Inside Out – Kyle Maclachlan 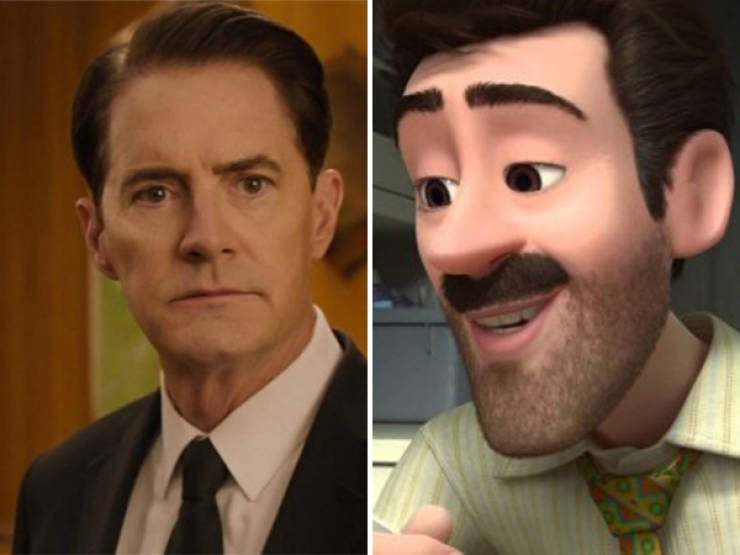 As a huge fan of Twin Peaks, I immediately picked out Maclachlan’s voice when I saw Inside Out for the first time. He’s perfectly cast, just like damn near everyone else in the movie. Case and point…

Sadness, Inside Out – Phyllis Smith 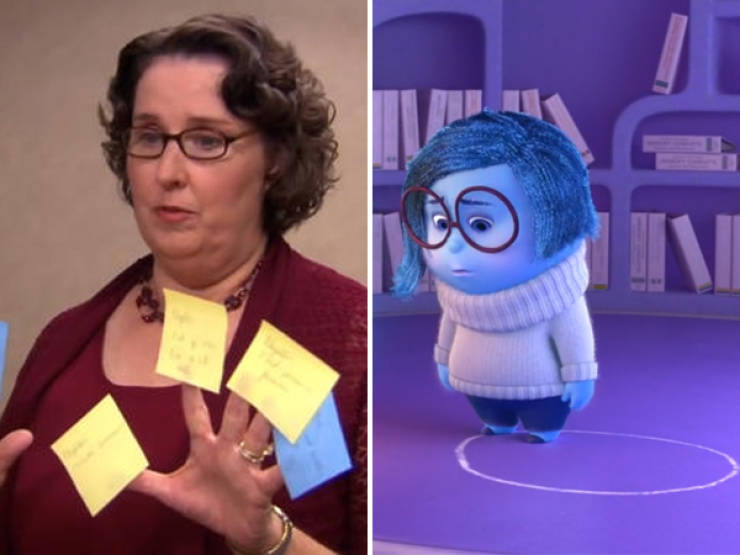 I will maintain that the actors cast as the emotions in Inside Out were perfectly cast (Amy Poehler as Joy, Lewis Black as Anger, Mindy Khaling as Disgust, and Bill Hader as Fear), but maybe none of them were cast as well as Phyllis Smith as Sadness (who carries way more of the movie on her shoulders than she gets credit for). 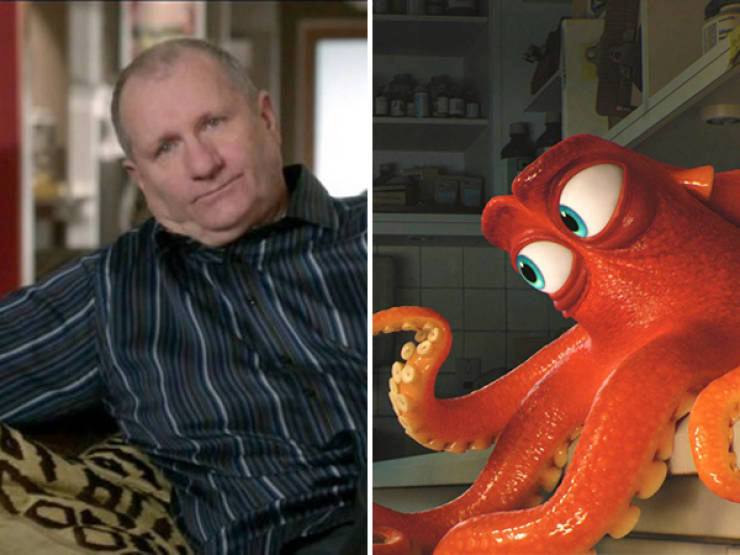 Yes, the great Al Bundy himself played an octopus in Finding Dory. But Finding Dory is stuffed to the gills with weird as hell casting. 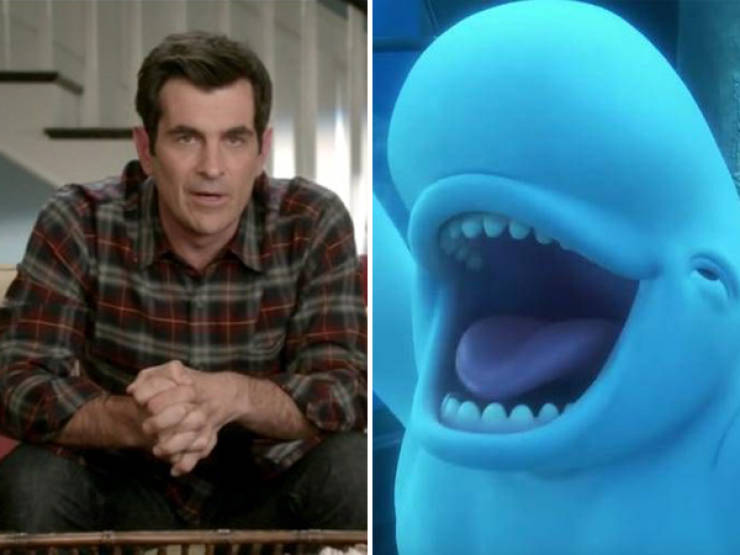 Now, I’m sure you’re assuming that another star of Modern Family must have popped up in Finding Dory since Ed O’Neill (also in Modern Family) is in it.

You’d be wrong, but what’s way stranger is that another comedy TV star popped up in Finding Dory, but not from a show like Modern Family. 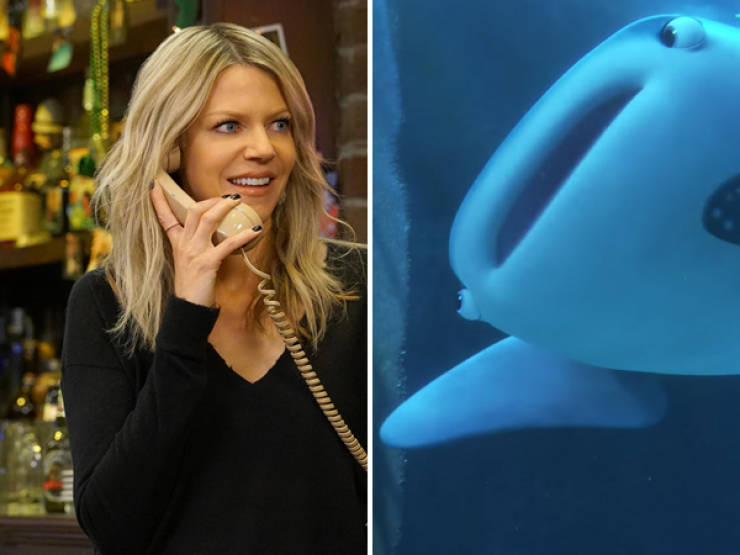 If Dee Reynolds herself can pop up in Finding Dory, and Charlie Day can pop up in Monster’s University, surely we can find room Glenn Howerton and Rob McElhenney in Pixar movies at some point.