The water in drainage canals is so pure in some Japanese cities that koi fish happily swim there. 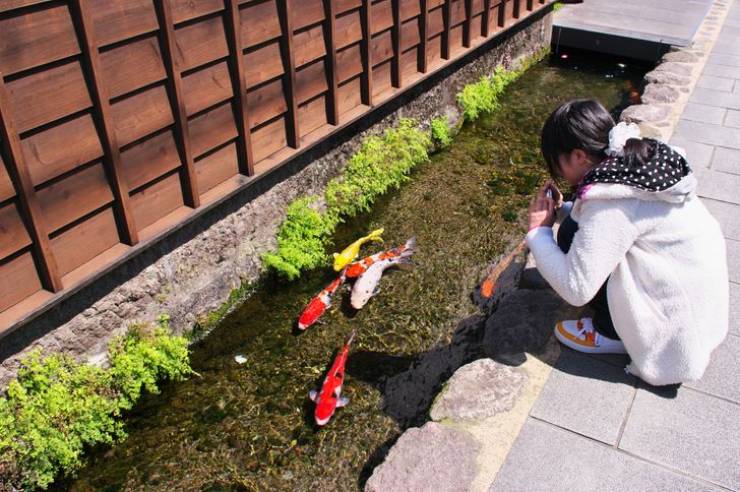 For example, the city of Shimabara on Japan’s Kyushu island is home to hundreds of koi fish who swim in street drainage waterways.

Turns out, square watermelons are not quite edible. Here is how they look inside. 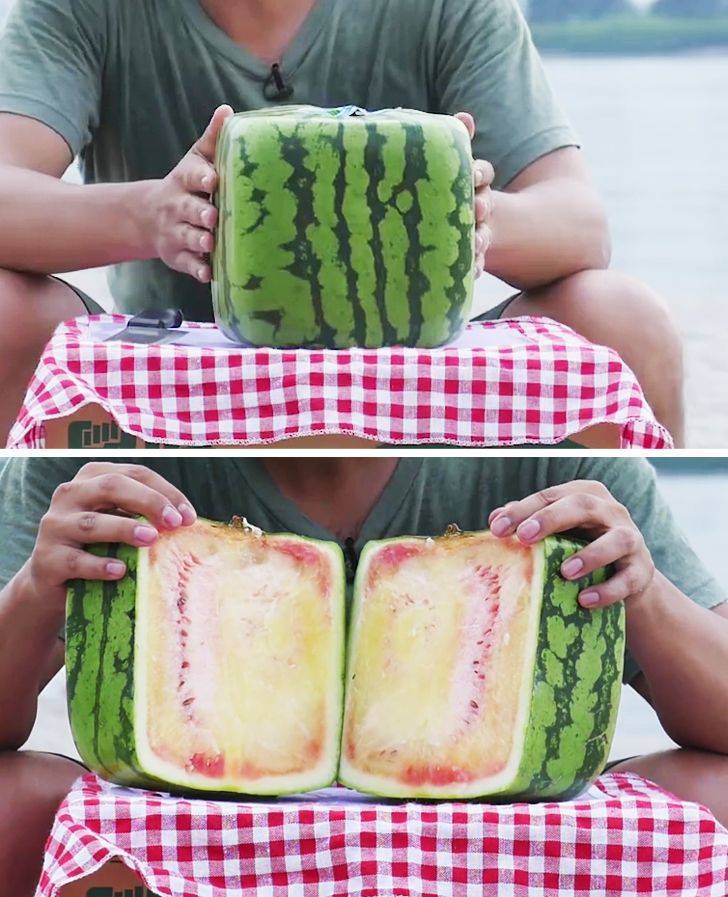 You can also find these white strawberries at the market. it costs $4-$5 for one piece. It resembles a pineapple in taste. 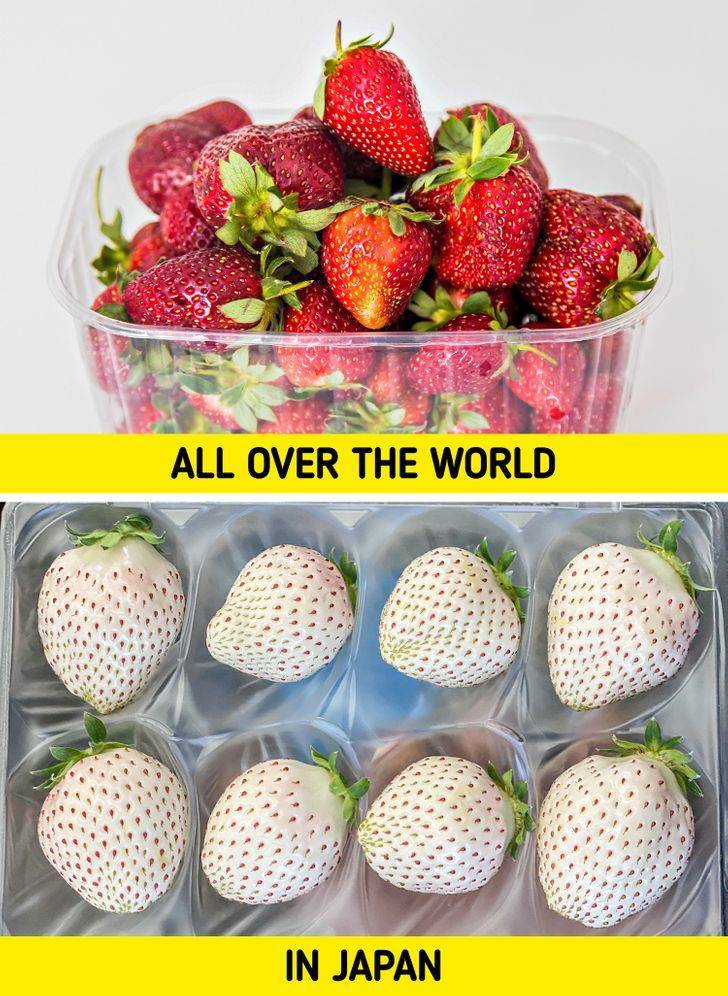 Only in Japan can one see a guy walking a hog. 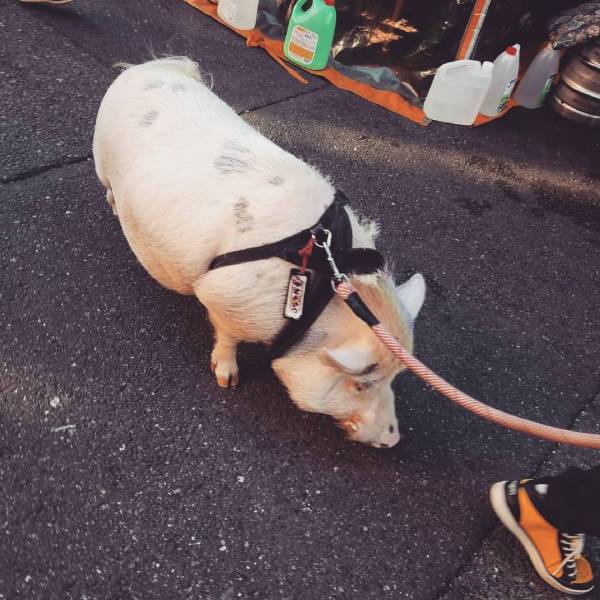 Goods from stores are often placed right on the street together with boxes where buyers put their money for a purchased item. No one guards it.

In general, the Japanese are very law-abiding and disciplined people. For example, no one would go up the side of a ladder that was intended for going down. 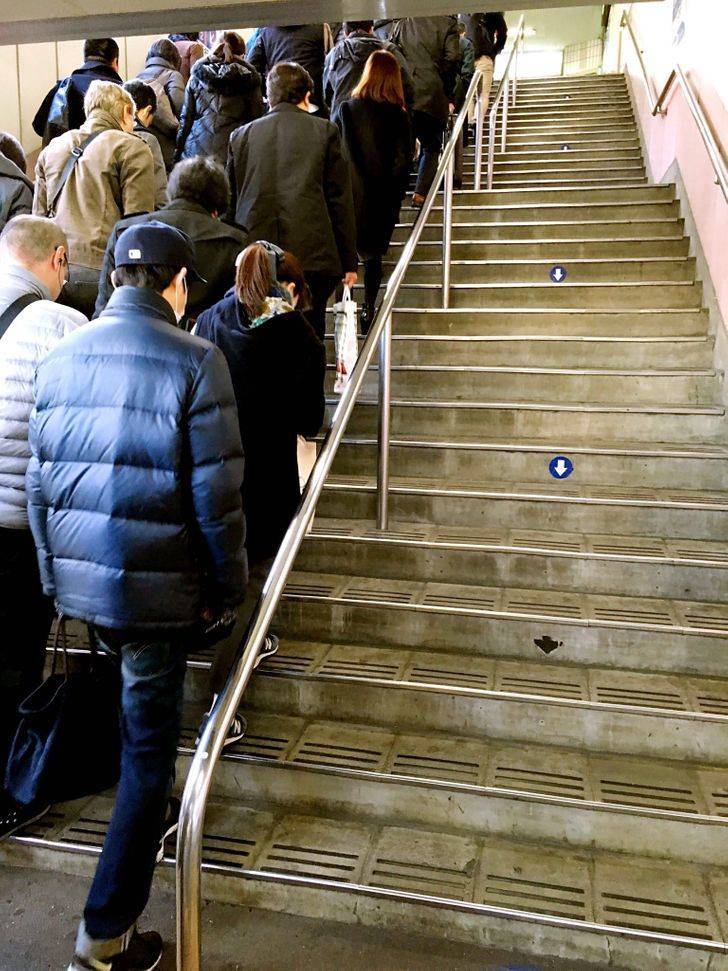 Here’s how the Japanese wait for subway train arrivals… 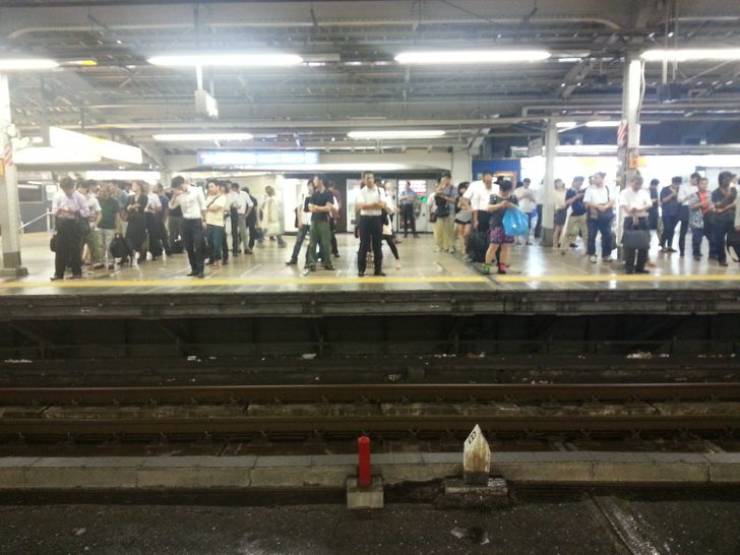 The drivers of this country are used to reverse parking. 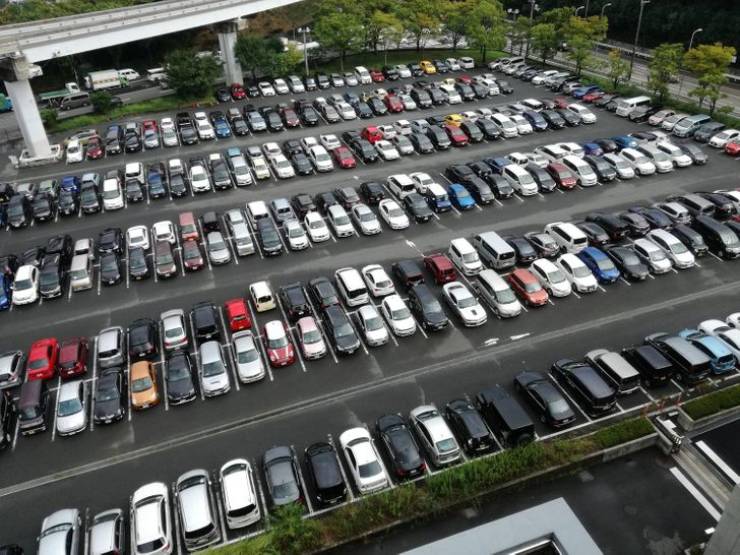 Parking lots in Japanese cities are most often narrow, and it’s much more comfortable to reverse park. In fact, it’s more convenient to drive out in a forward-facing motion since the driver immediately sees the road, which means that the probability of an accident is minimal.

There are more than 300 crossroads in Japan where you can cross the street diagonally. 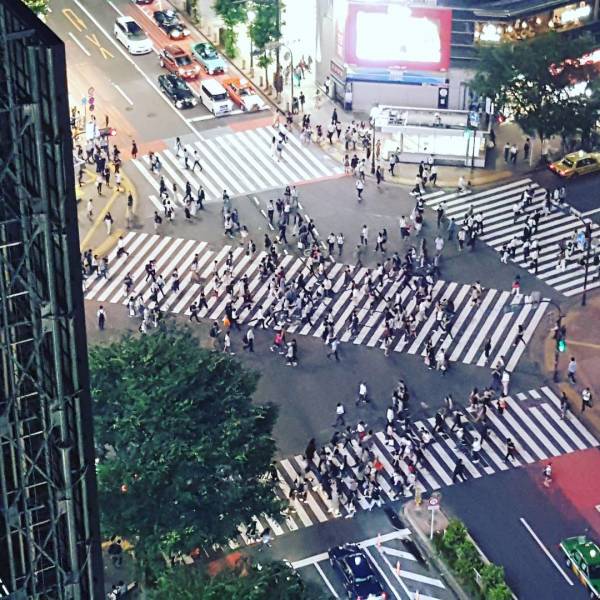 In some fields, rice is grown so that it looks like huge pieces of artwork. These pictures are created by using different types of rice. 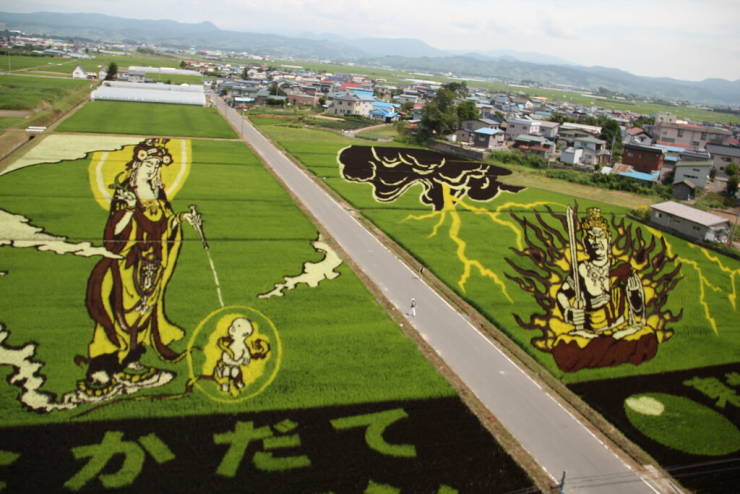 The Japanese respect old trees and literally support them. 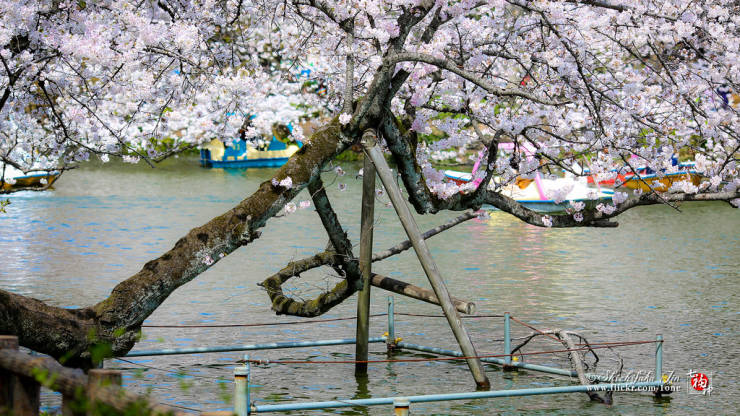 Elevators often have a seat that can be used as a toilet in an emergency. 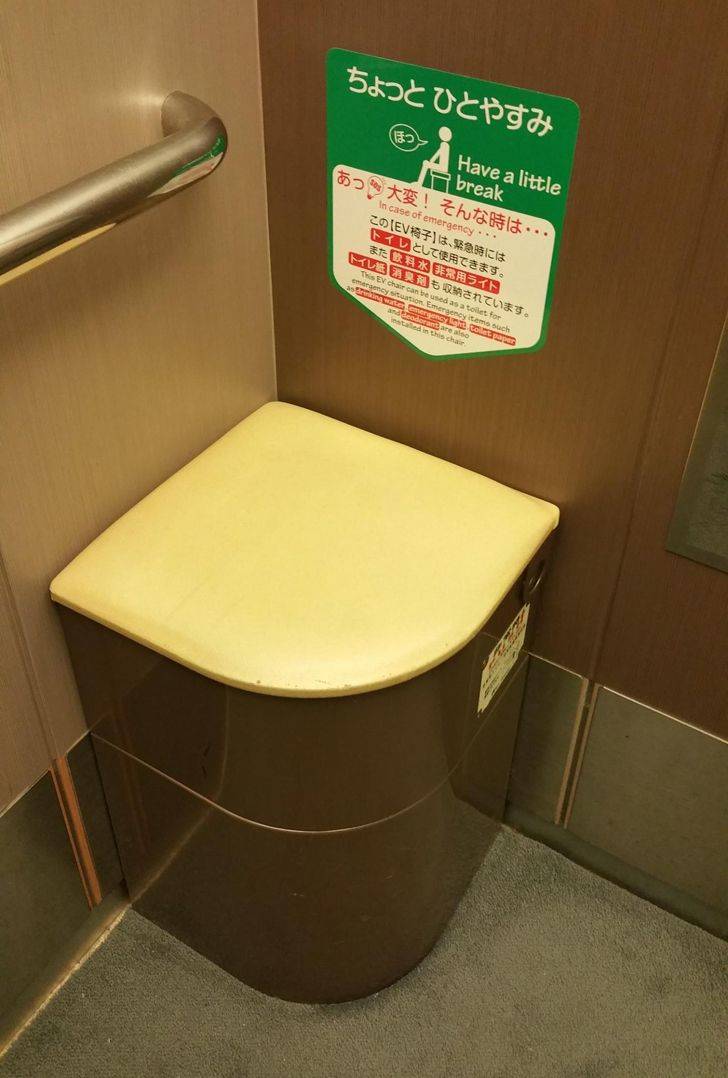 You can buy dried insects in local vending machines, and not only that… 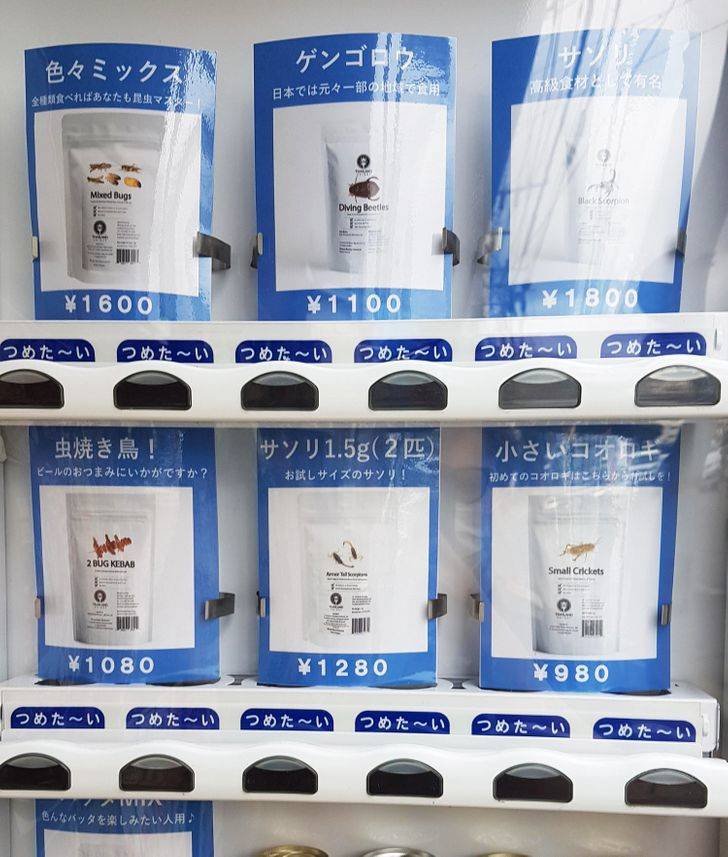 Japan is famous for the fact that vending machines are installed literally everywhere in this country. Of course, most often, you can buy drinks in them, but there are also vending machines selling hot food, candy, ice cream, books, newspapers, flowers, clothes, umbrellas, and even resistors.

In Japanese restaurants, they bring oshibori before serving food. This is a wet towel that clients can wipe their hands on. 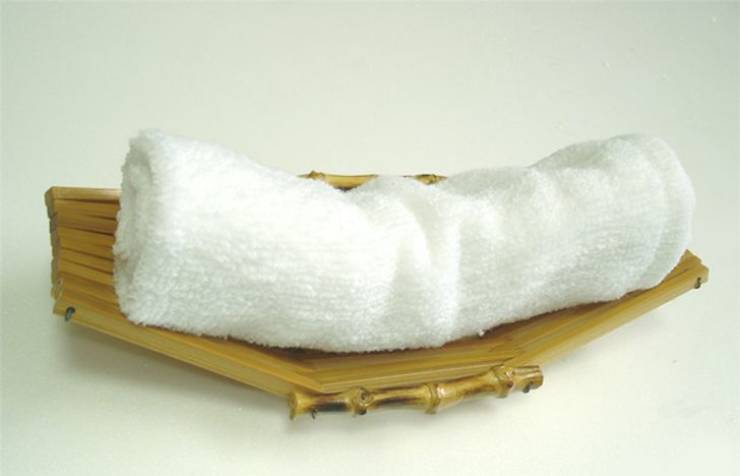 Restrooms in railway stations have small toilets for kids. 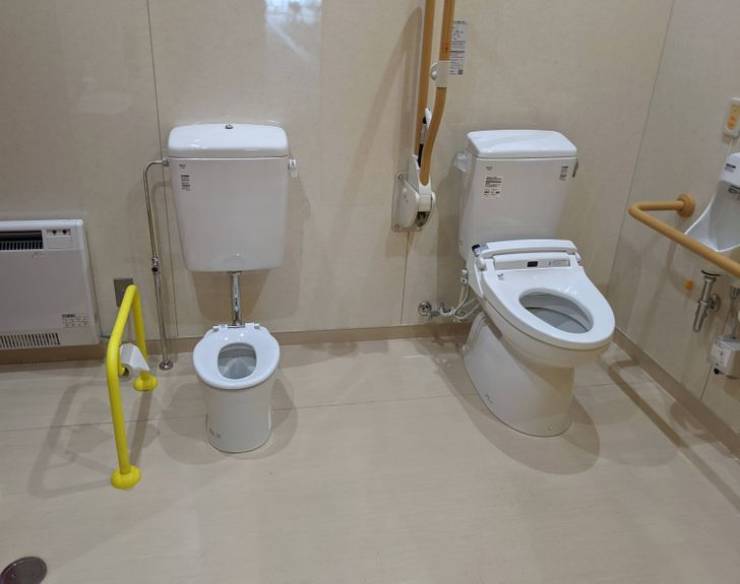 There are cup and cane holders near the ATMs. 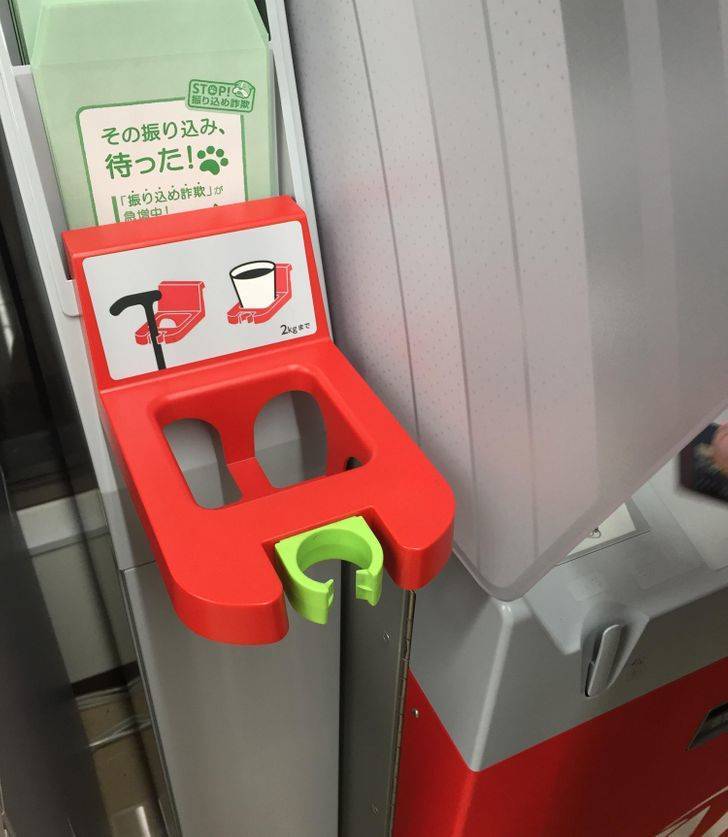 It’s worth noting that Japan’s society has a high proportion of elderly citizens. As of June 1, 2021, almost 30% of the Japanese population consisted of people aged 65 and over.

Many restaurants in Japan have realistic plastic models that showcase what real food looks like. 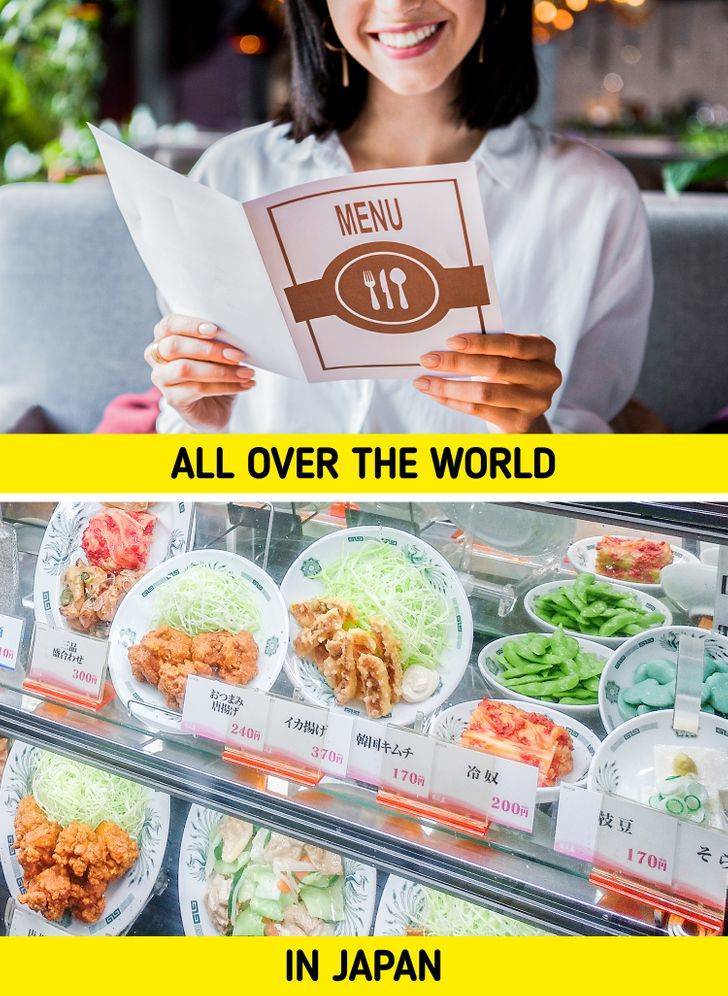 Supermarkets in Japan have closets for basket disinfection. 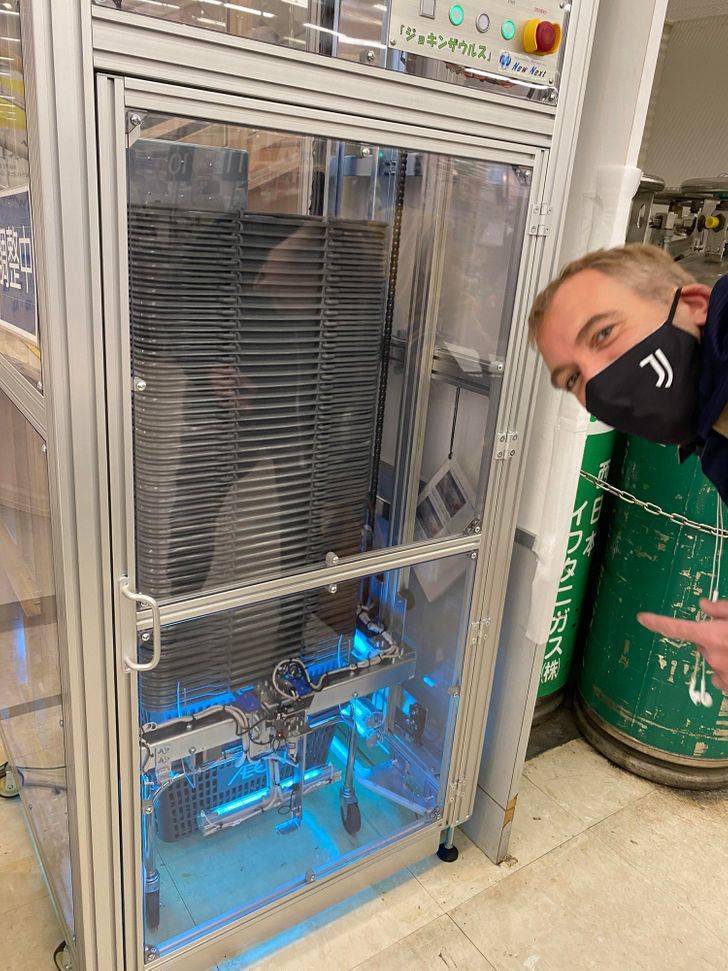 It’s known that almost half of the cars in Japan are tiny in size. Oftentimes, one can see little trucks like these there. 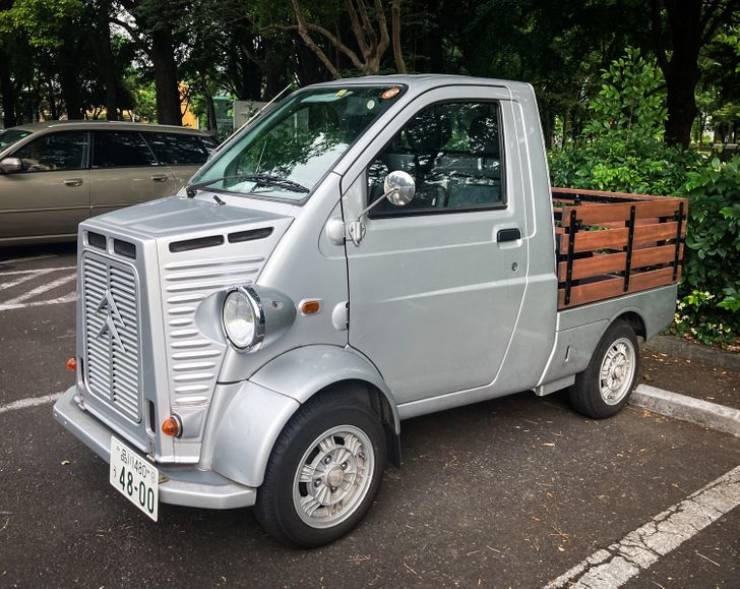 The Japanese cover drainage manholes with true pieces of art. 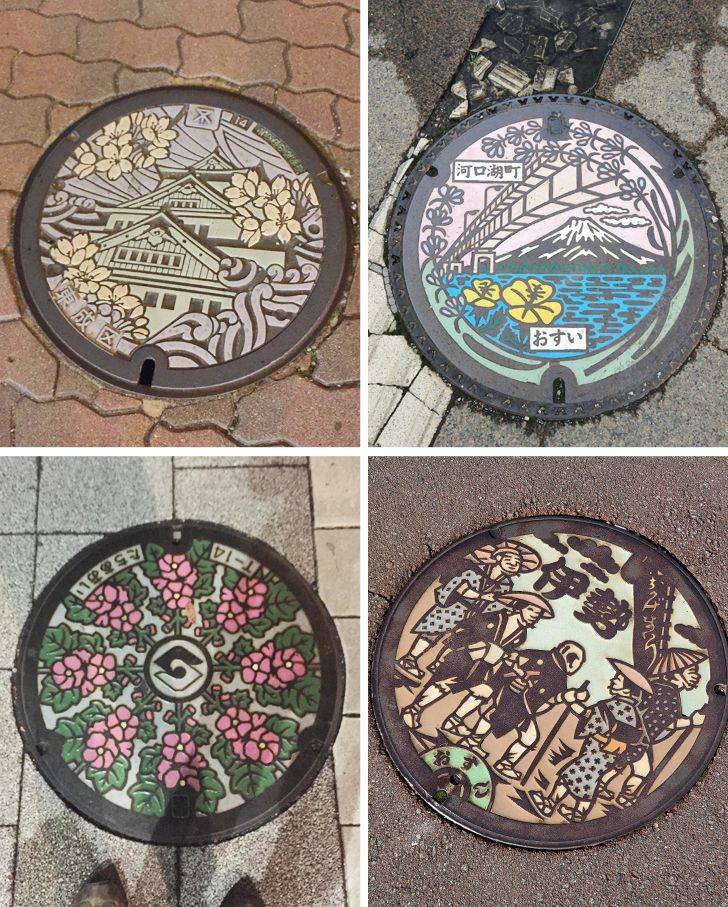 Japan has cat islands. Some of them are Aoshima, Ainoshima, and Tashirojima. 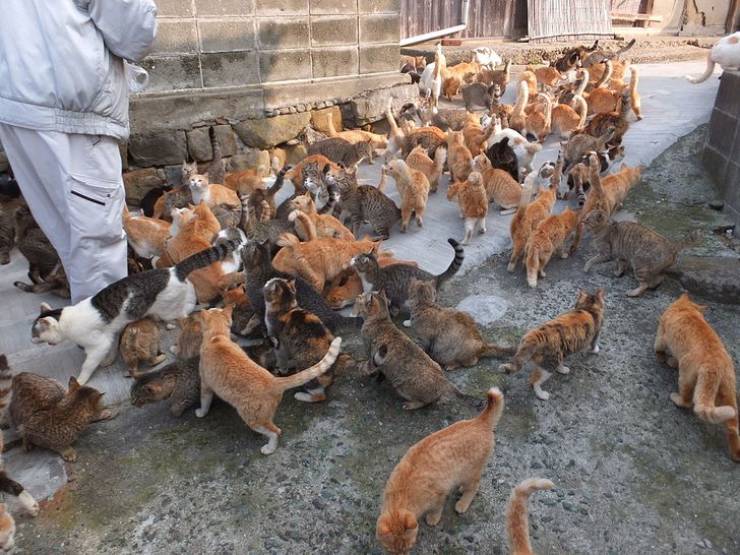 The number of cats on these islands exceeds the number of local residents several dozen times. For example, there are only 6 people living in Aoshima (as of 2019) and more than 200 cats. These animals are fed by the residents of the island who get product donations from all over Japan. Tourists also visit Aoshima to feed the cats.

Here is what the majestic “underground temple” located in Kasukabe City just north of Tokyo looks like. 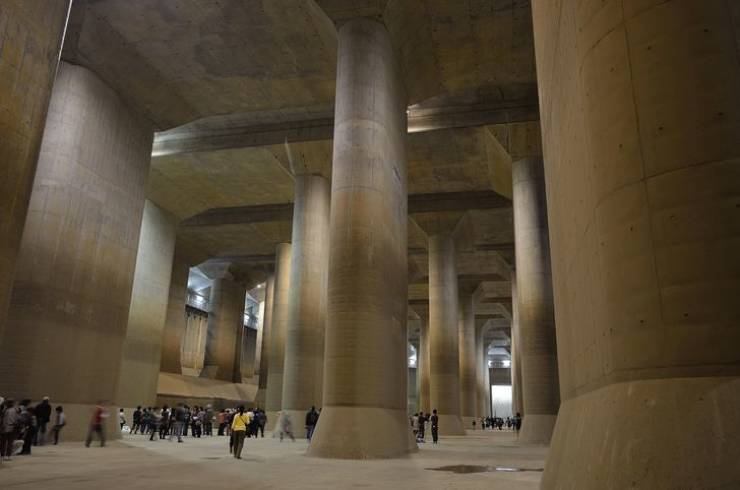 Officially, this construction is called the “Metropolitan Area Outer Underground Discharge Channel.” It was built to collect and drain water from Tokyo streets during heavy rains. But floods in the city are rare, which is why the building is almost always open to tourists.

By the way, they also shoot movies and commercials here. For example, this place can be seen in the movie, The Hunger Games: Mockingjay — Part 2.

This is how the famous bamboo forest looks late in the evening: 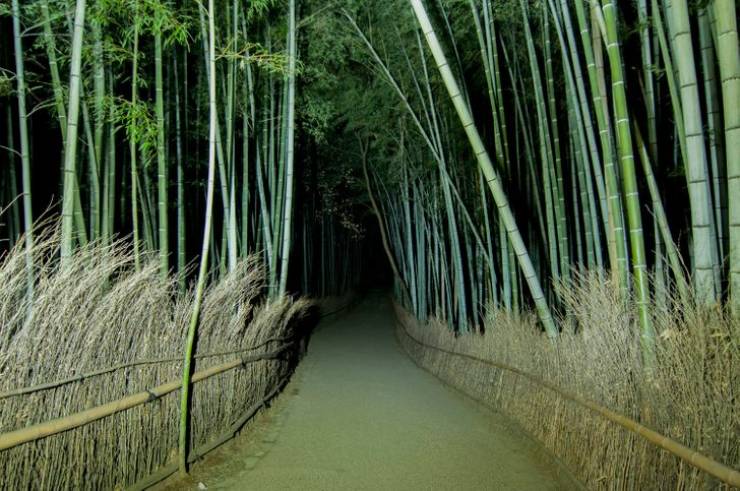 You can buy cat bandanas in Osaka. 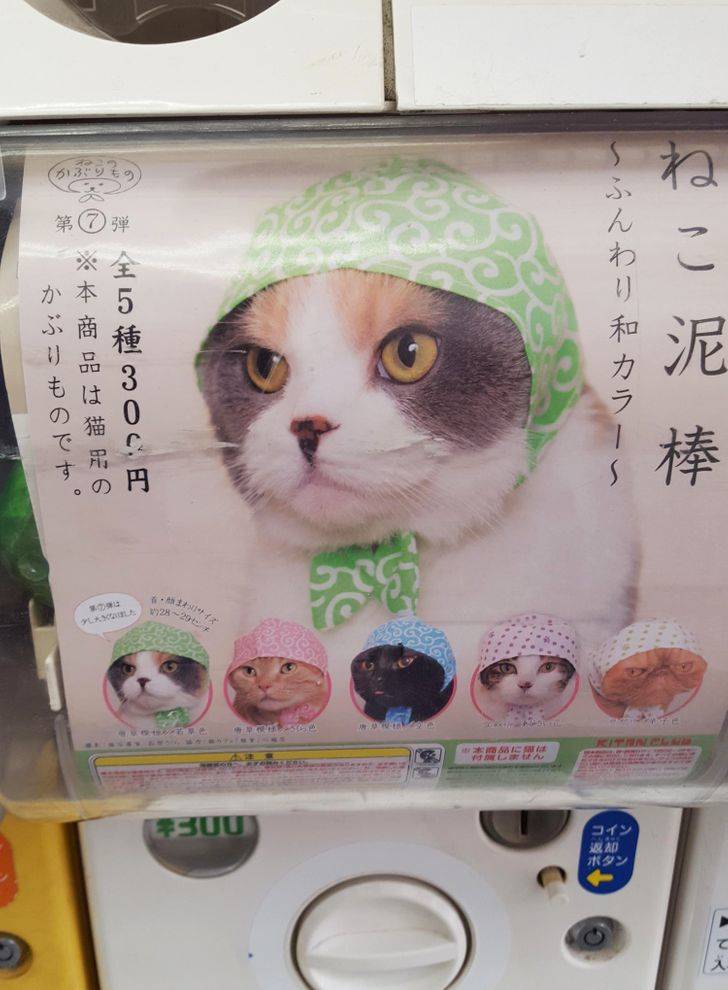