24 Amazing Photos Of Dogs Before VS. After Their Adoption

“Before and after: If this doesn’t warm your heart I don’t know what will.” 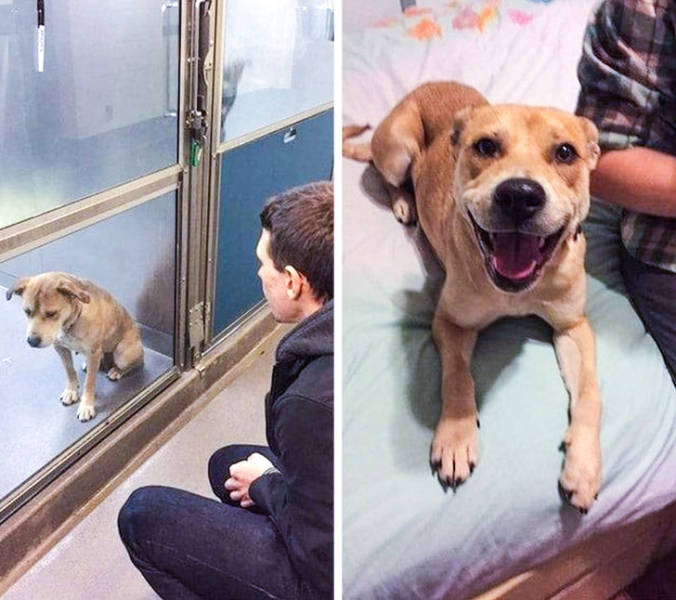 “It took 2 weeks to convince them to not be scared, but it was worth it.” 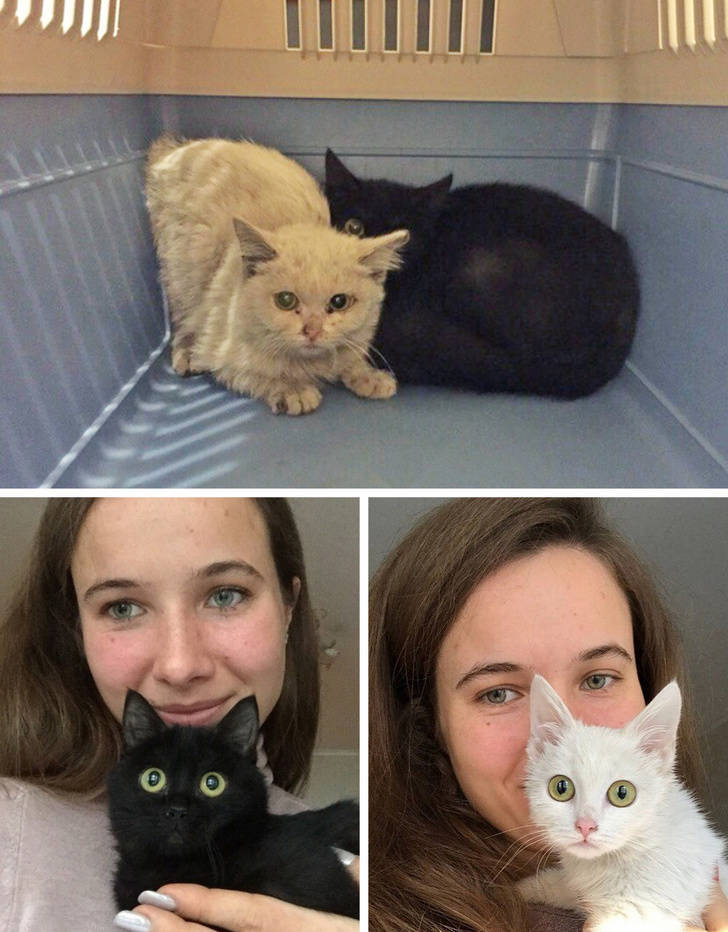 “She’s old, toothless, and was bred half to death, but it was love at first sight. 3 months later, living her best life!” 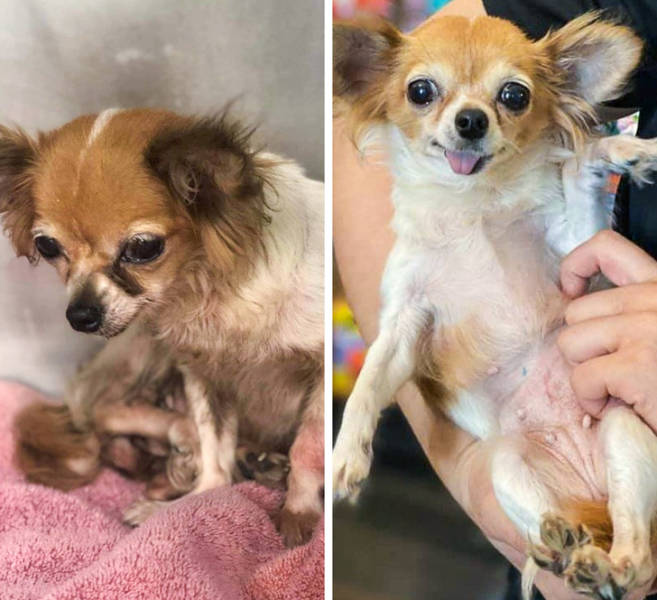 “2 years ago today I walked into a PetSmart and met a cat named Sonny who no one would adopt because he was 13 years old, covered in fleas, underweight, and had a mouth full of rotten teeth that had to be removed. He came home with me that night and it was the best decision I’ve ever made.” 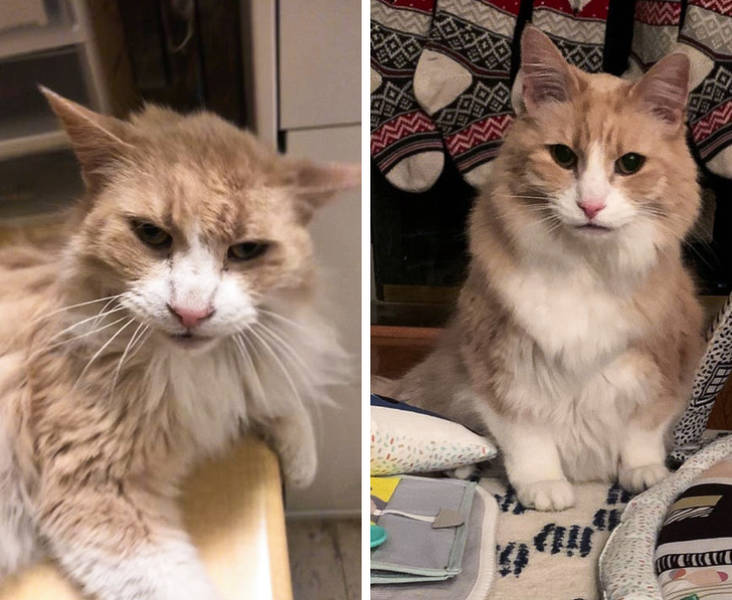 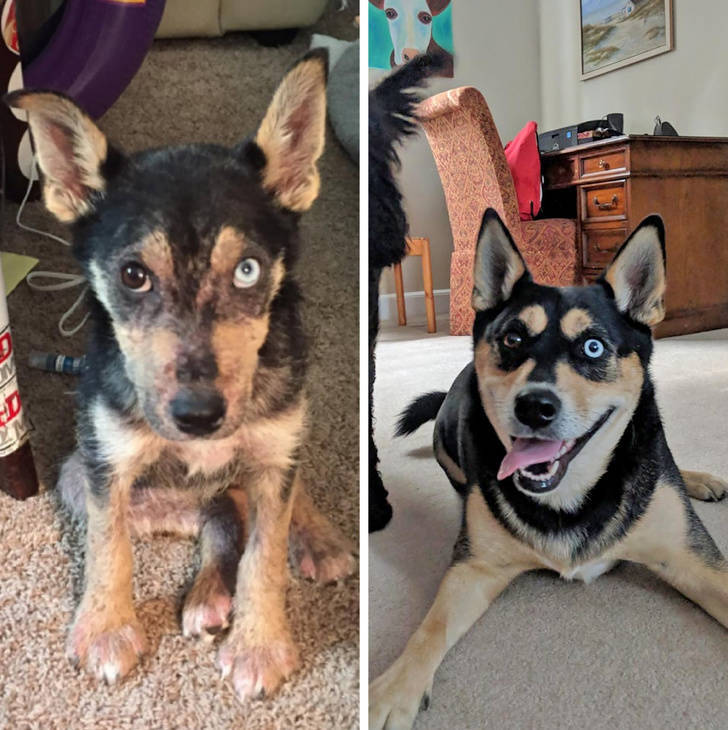 “16-year-old Popcorn had never had a home when we found him. He’s 17 and a half now and living his best life!” 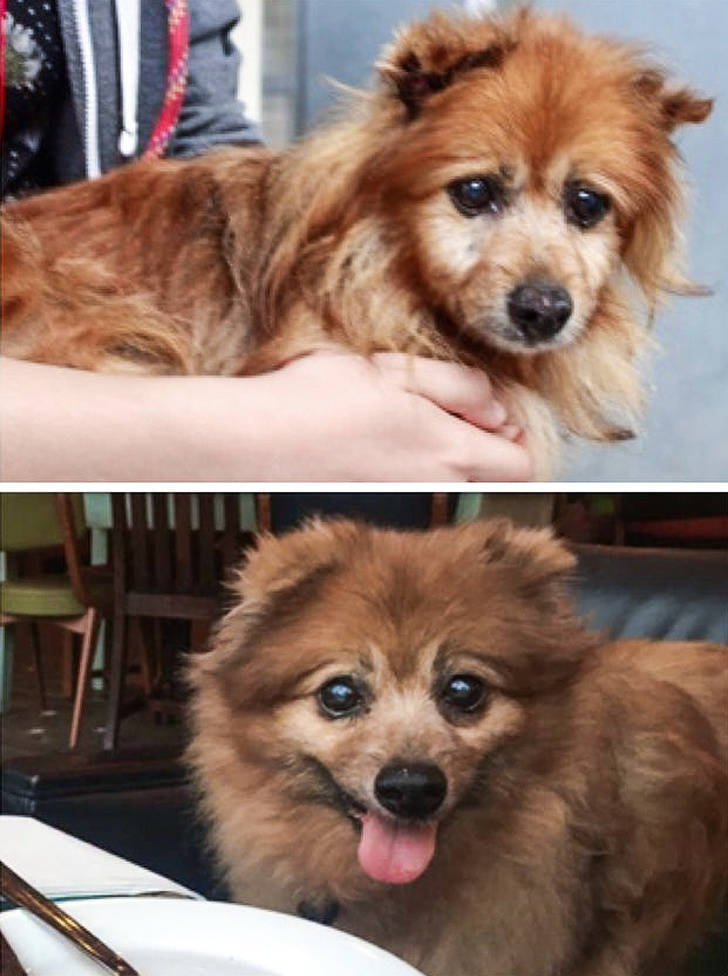 The photo on the right is what 6 days of cuddles by the fireplace, lots of food, and a cozy bed can do. 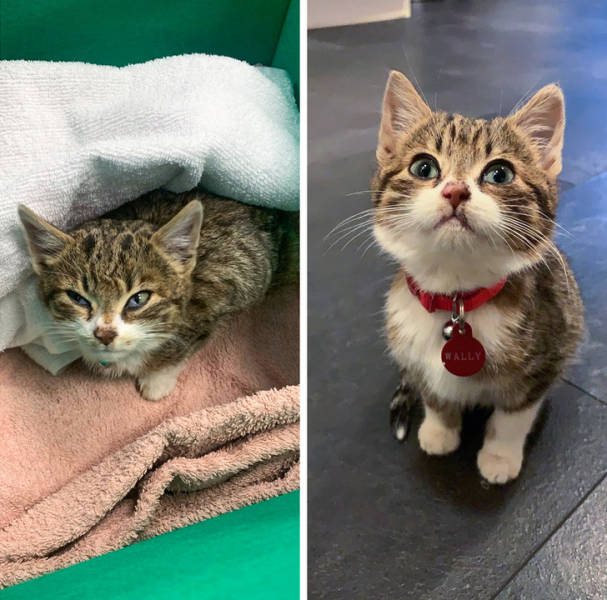 “Dany was dumped in a recycling bin and made her way to us from a veterinarian her initial rescuer left her with. We got her at about 3 weeks old and had to hand-feed her. Now she is filling out, and our timid little girl is playful and affectionate and has become the guardian of our home.” 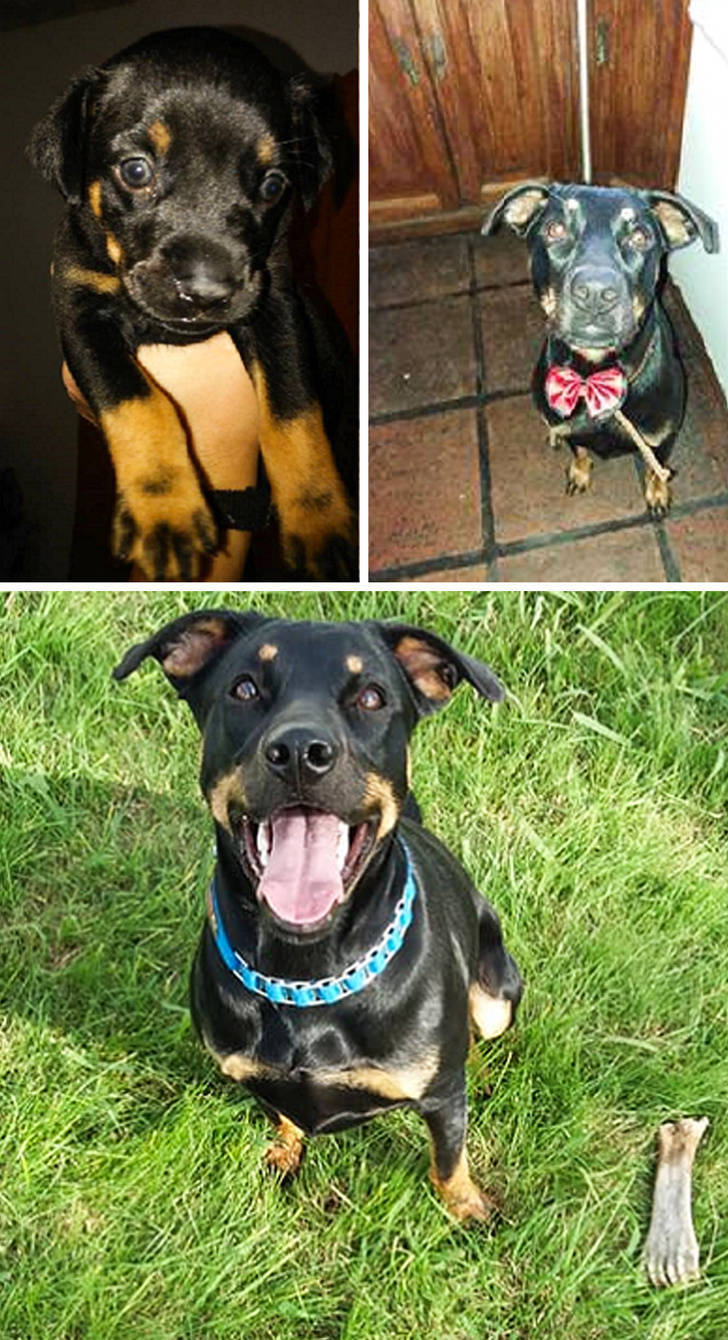 No one wanted to adopt him because of his cropped ears and “scary” looking face. 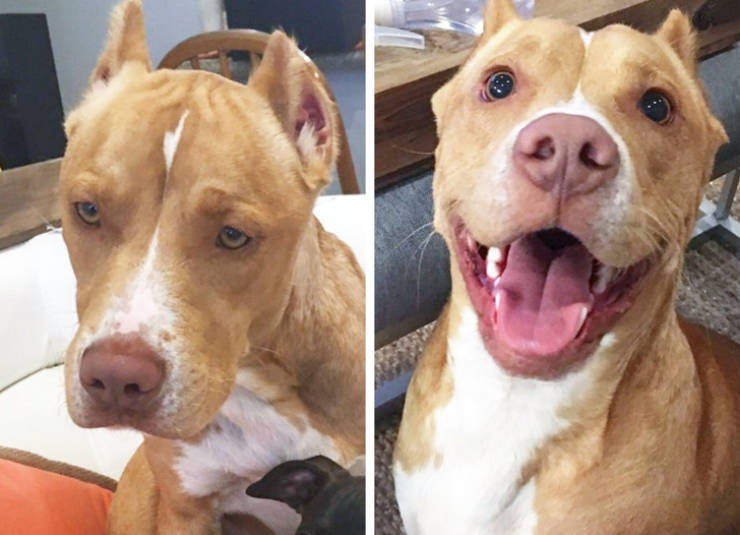 It’s amazing what time is capable of. 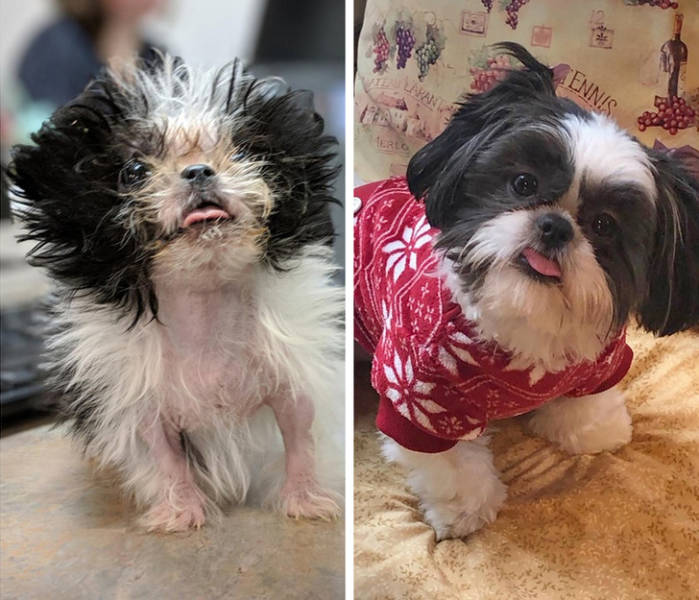 “Here’s my 3-legged baby, Maisie! The picture on the left is the first one I took of her at the humane society in November 2018. The picture on the right is from a few weeks ago. I was pretty depressed at the time of her adoption, but she has done wonders helping me get out of that hole.” 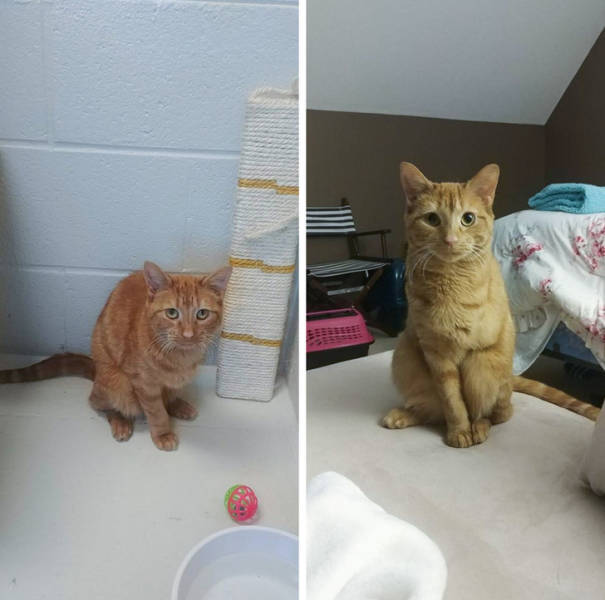 “My foster dog got adopted yesterday. Only 10 days between the 2 photos…” 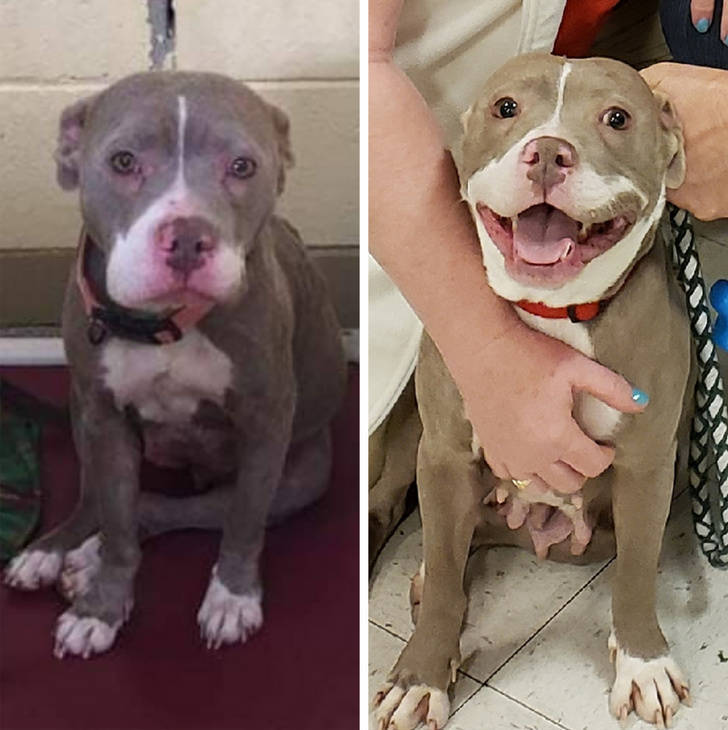 “One year ago today we adopted our baby, Laney. Here are her ‘before and after’ photos.” 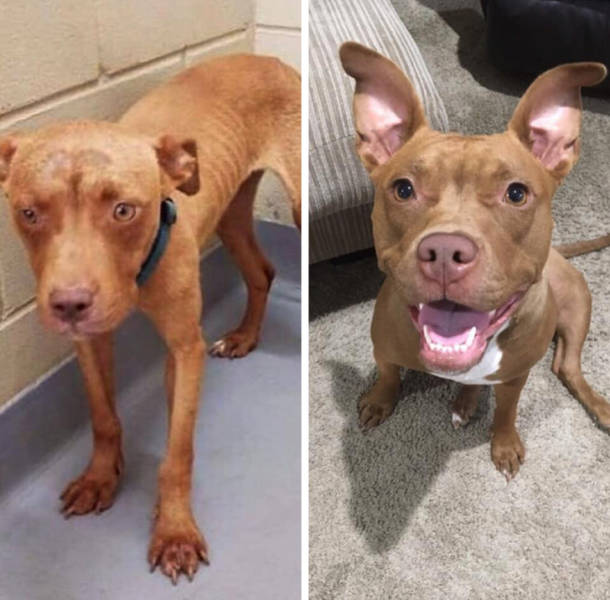 “Our little guys’ adoption day vs 3 years with us and loving life!” 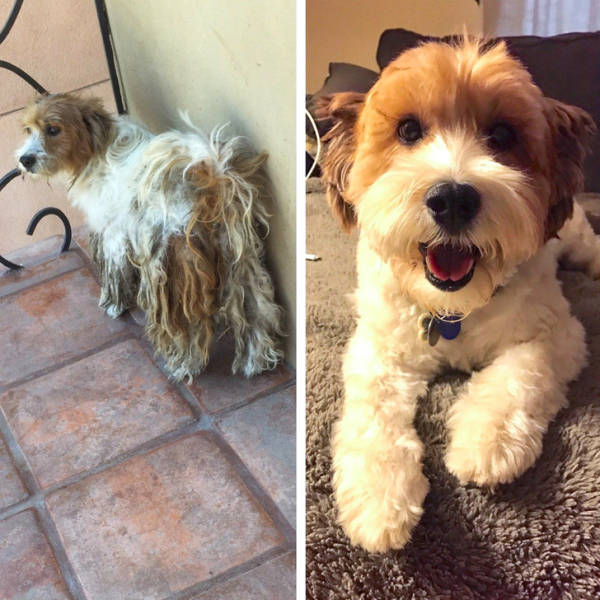 “When I adopted Pauli (18 years old) as a hospice care case in 2018, they told me he wouldn’t live more than a few months. How wrong they were!” 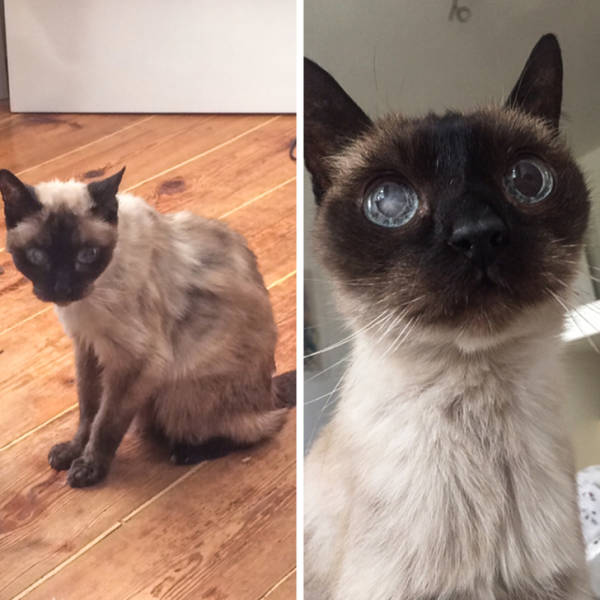 “The day we adopted him and 2 weeks later, the happiest little pup ever! Meet Blue.” 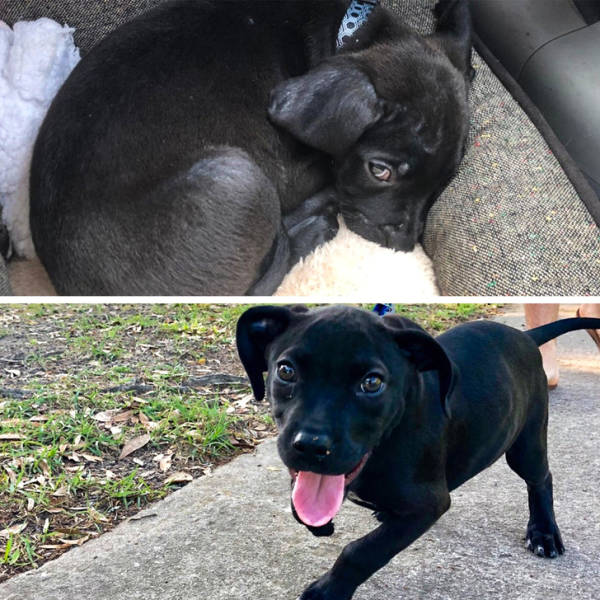 “Dobby’s before and after — I adopted him in December 2018 and honestly, it’s the best decision I have ever made. Life is so much better because of him. He’s the reason I get up in the morning.” 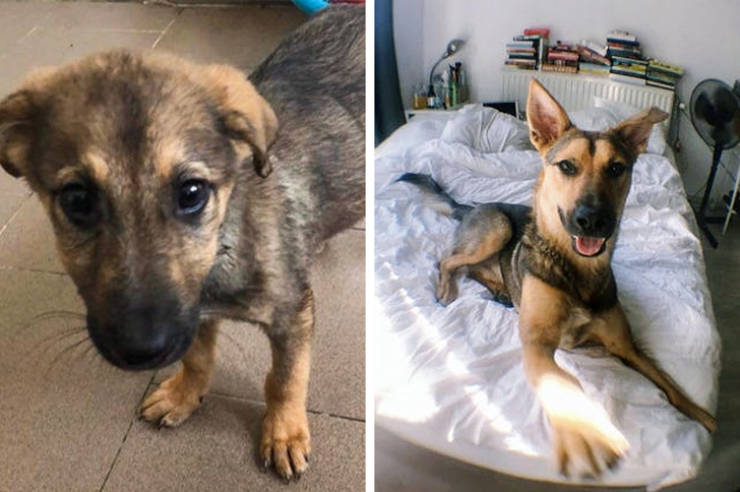 “We adopted this guy from a foster and rescue. He had patches of fur missing, noticeable scarring on his belly, and conjunctivitis. We hope he continues to flourish and live a happy, healthy life.” 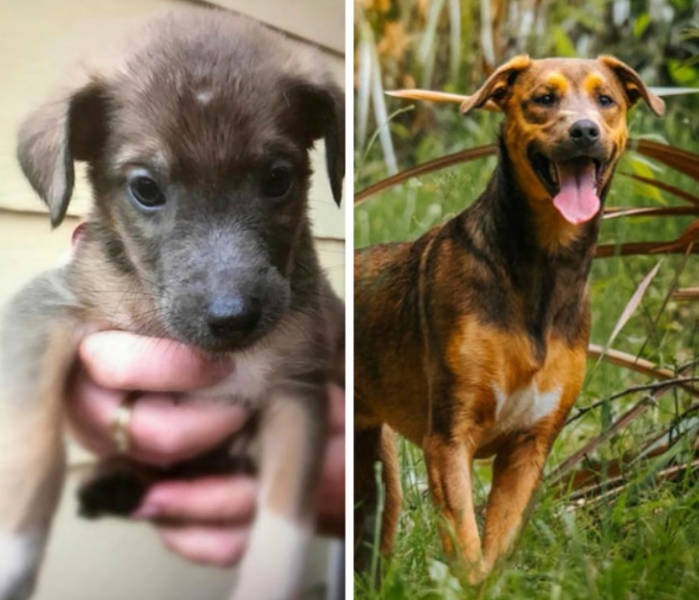 “Merlin at the adoption center, he looked so sad I just had to go meet him. Now he is majestic.” 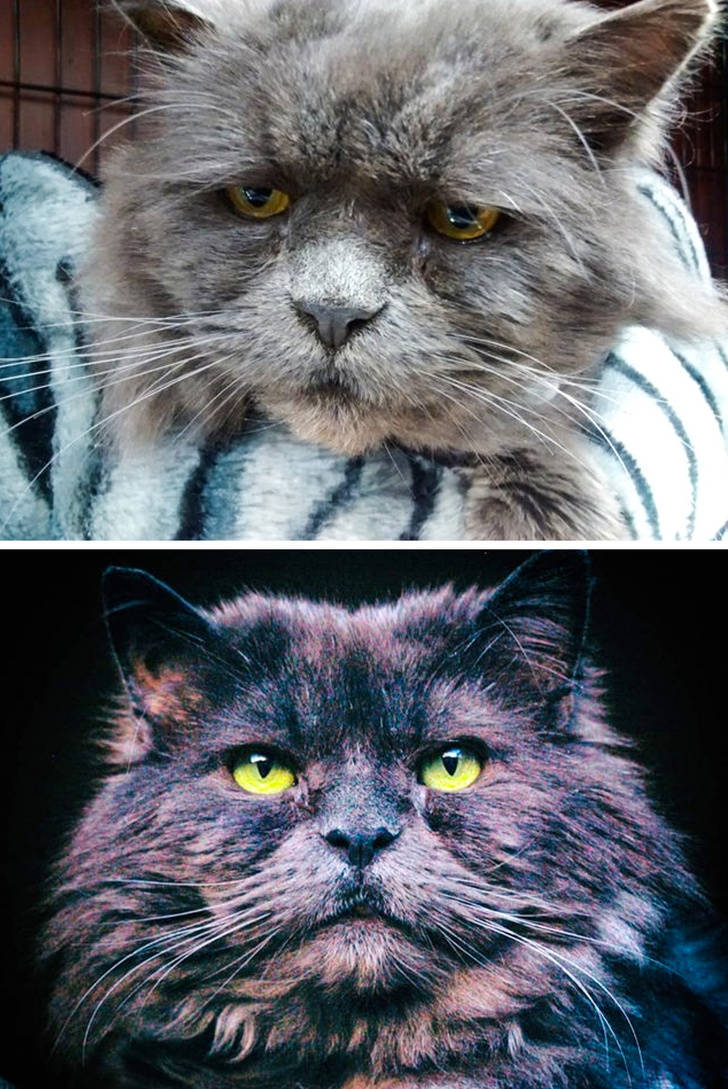 “Found this cat in a dumpster and named him Boris. My wife didn’t want a cat at first, but now she loves him.” 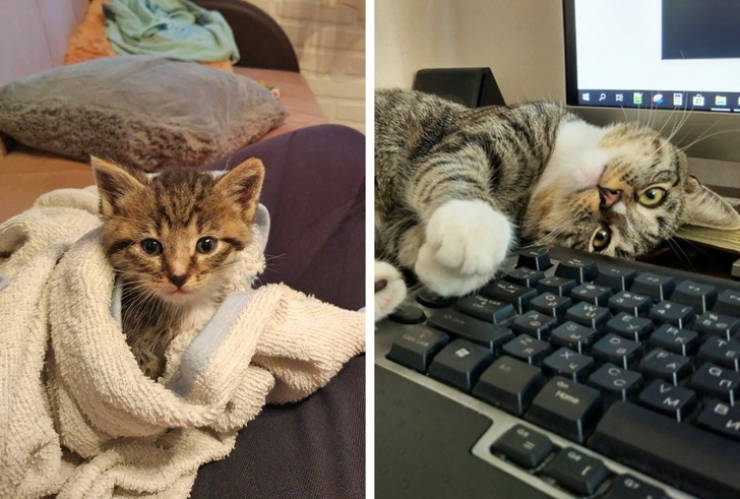 “Adopted this guy today from the shelter! He sure looks happy!” 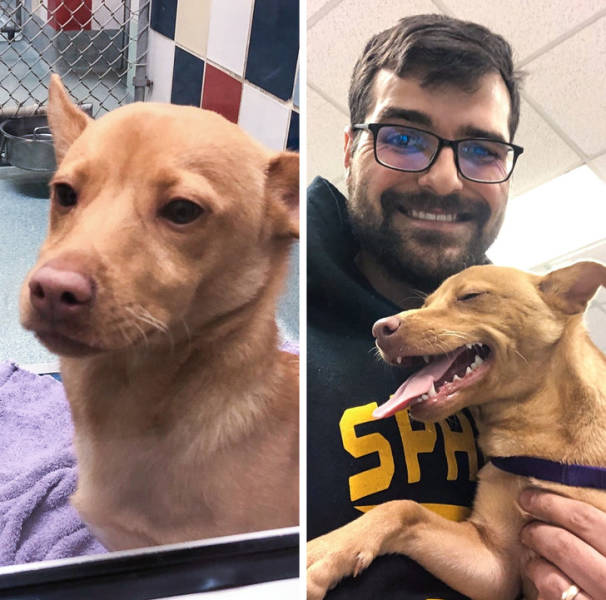 “My sweet soul dog, Nova. At the shelter, she was kept in a cat cage and could hardly move. I feel for the shelter, they were doing the best they could and were over capacity. I saw her photo and she was up soon for being euthanized. So I made a 20-hour round trip to save her.” 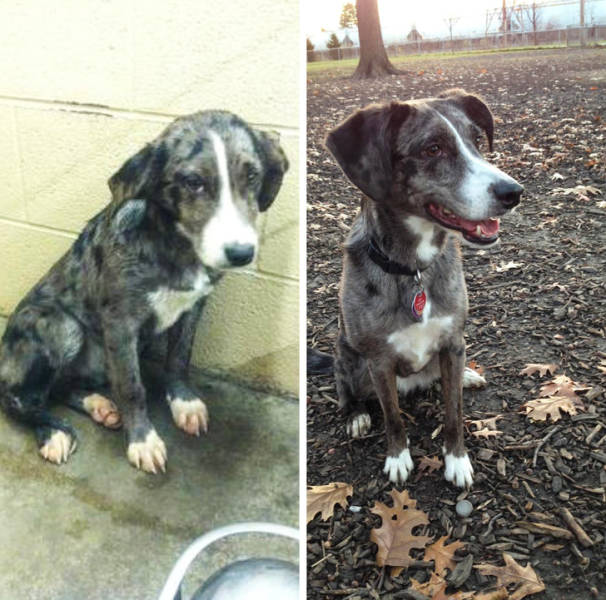 “It’s been exactly one year since I adopted my first dog, Catlyn.” 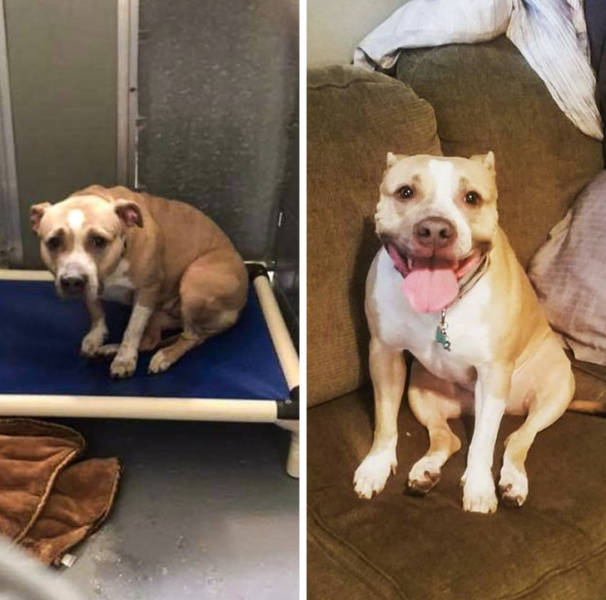 “Meet Dusty! He was living under train cars, then in my office, and now at my home. These photos are 3 months apart!” 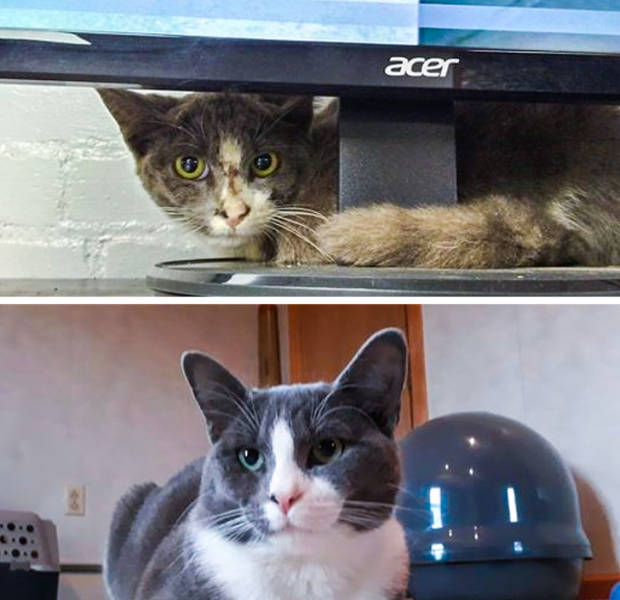