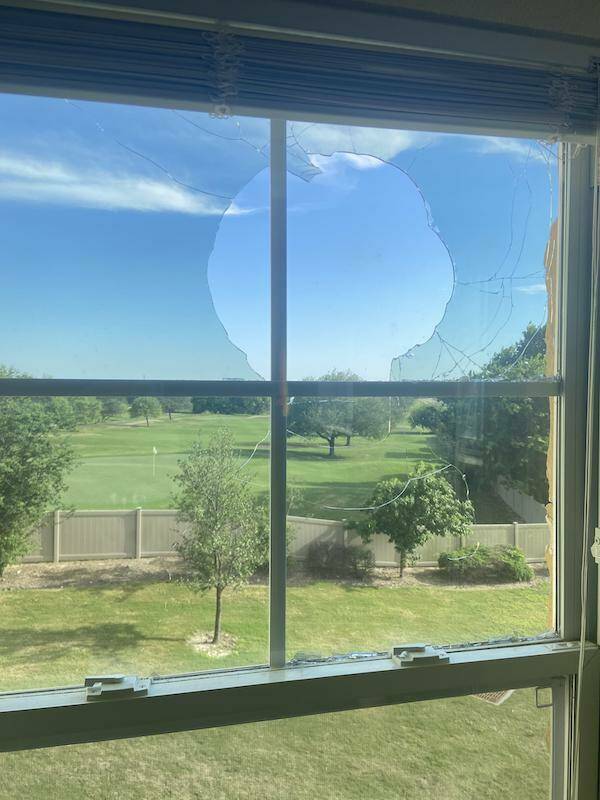 “Not one single fuse labeled in my new home.” 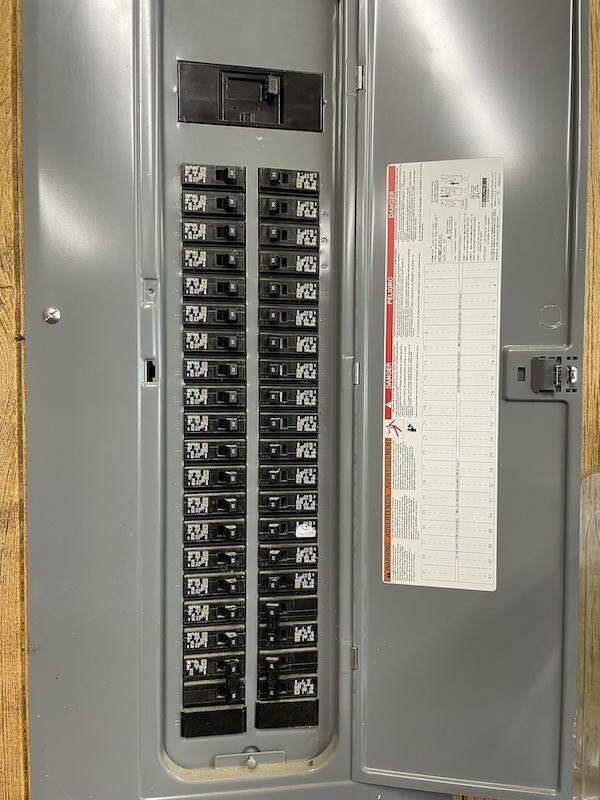 “I posted this a few years ago, but here’s that time my neighbors’ house got broken into by a wild turkey” 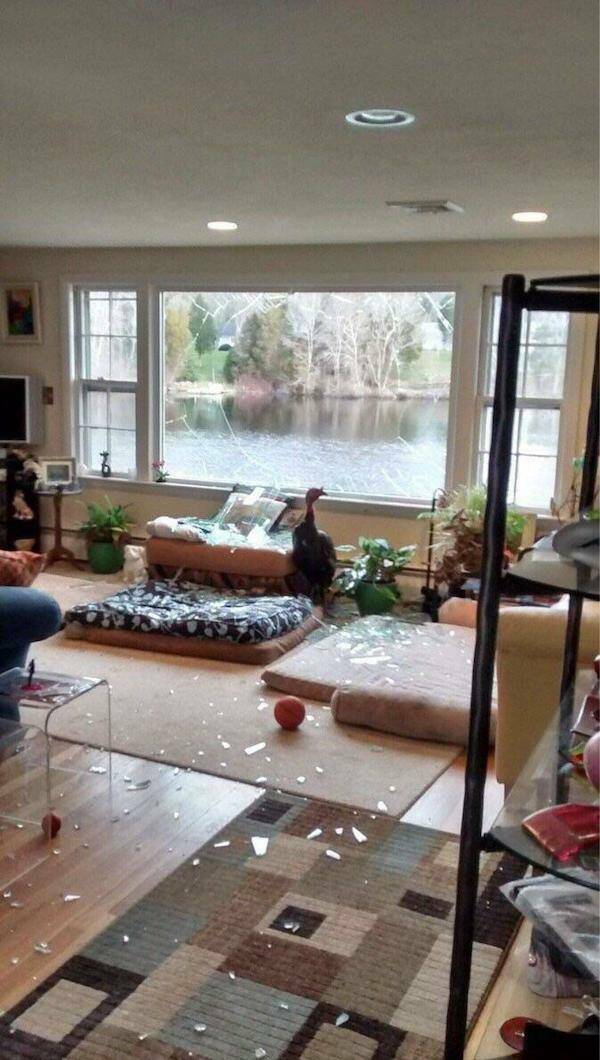 “This is my view from the bathroom floor, looking at the hole in the ceiling I just fell through.” 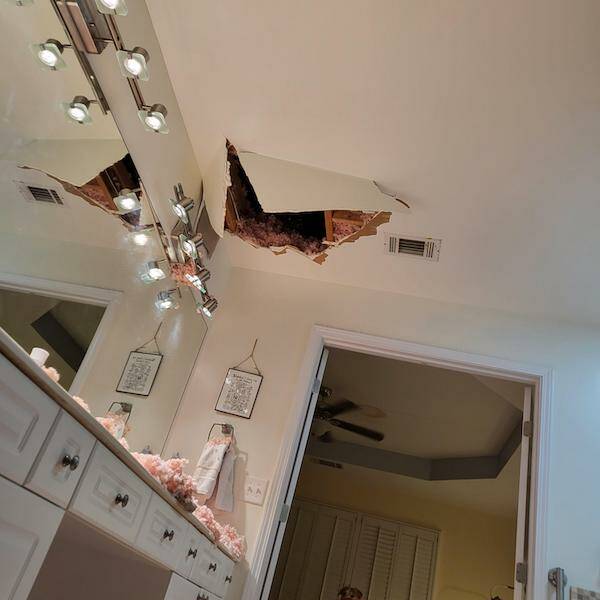 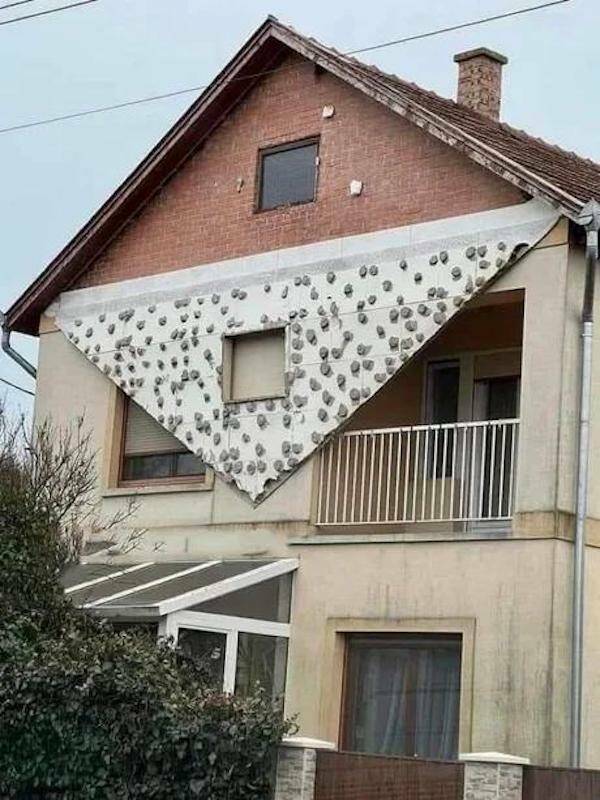 “I was cleaning out my rental house and I smelled some strange smell in the closet. I had to get down on my knees to read this on the floor. It was written in sharpie” 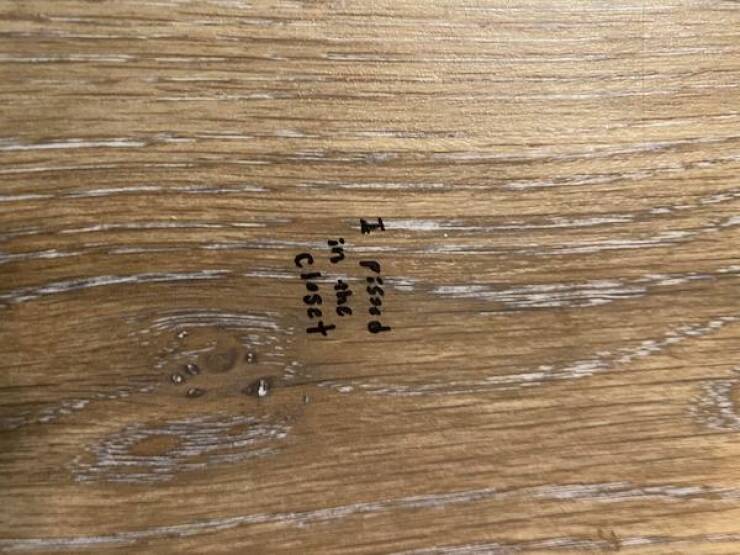 “Wife and I saved for years to build our dream cabin in the woods and less than two years later an abandoned house across the road decided to open up a tobacco store and light themselves up like the beacons of Gondor.” 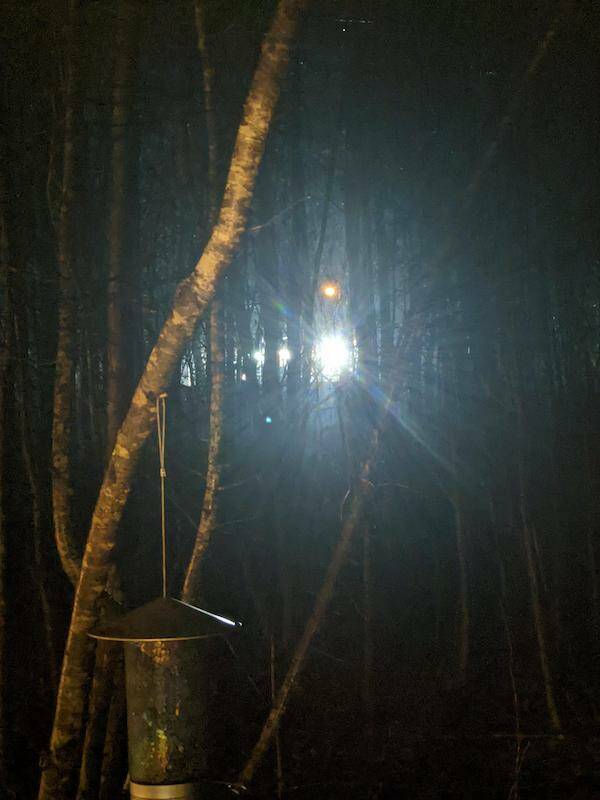 “This is a wall at my friend’s house…” 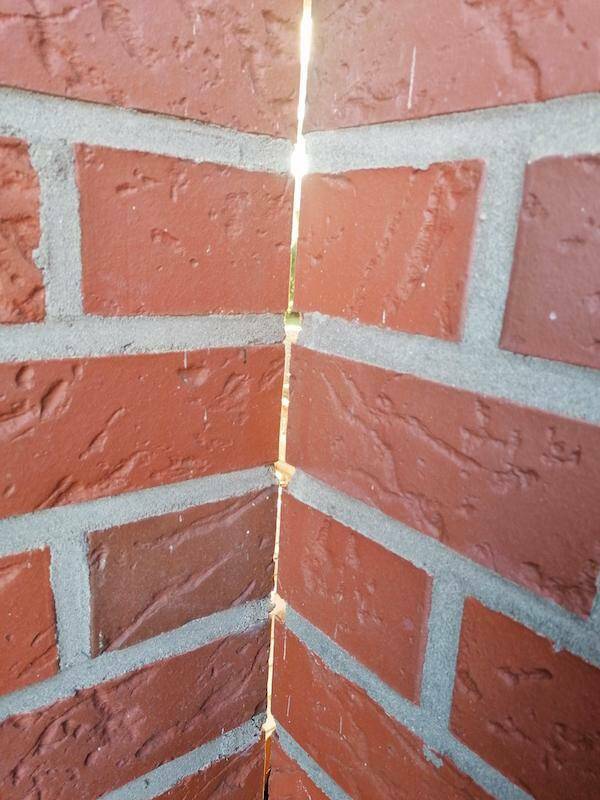 “Was getting ready for bed, walked into my bedroom to this.” 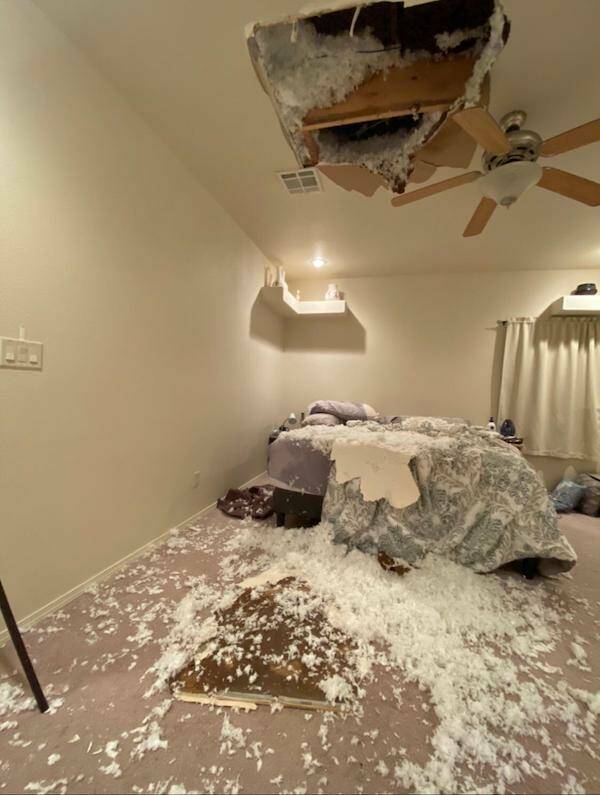 “My beanbag popped, any tips for collecting the white balls?” 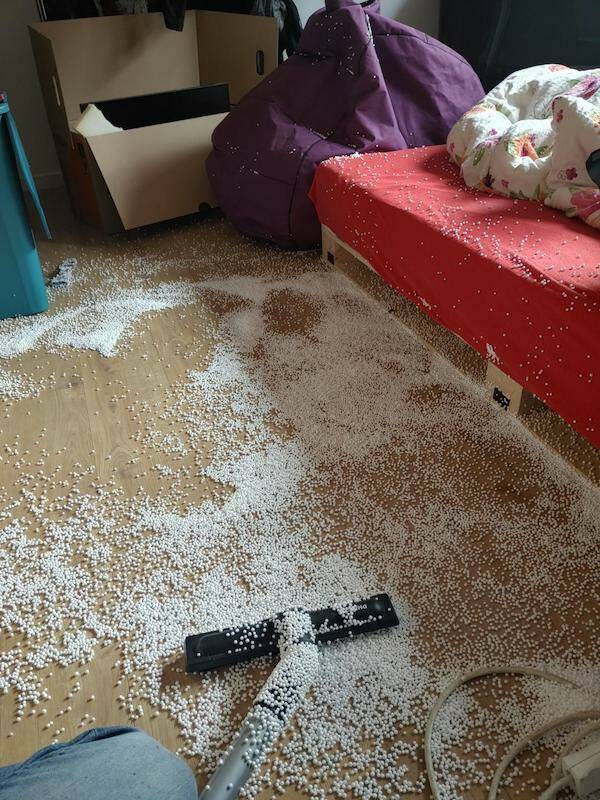 “Bought my first house and it came with a shed. Turns out the previous owner wired the shed himself and rewired parts of the house” 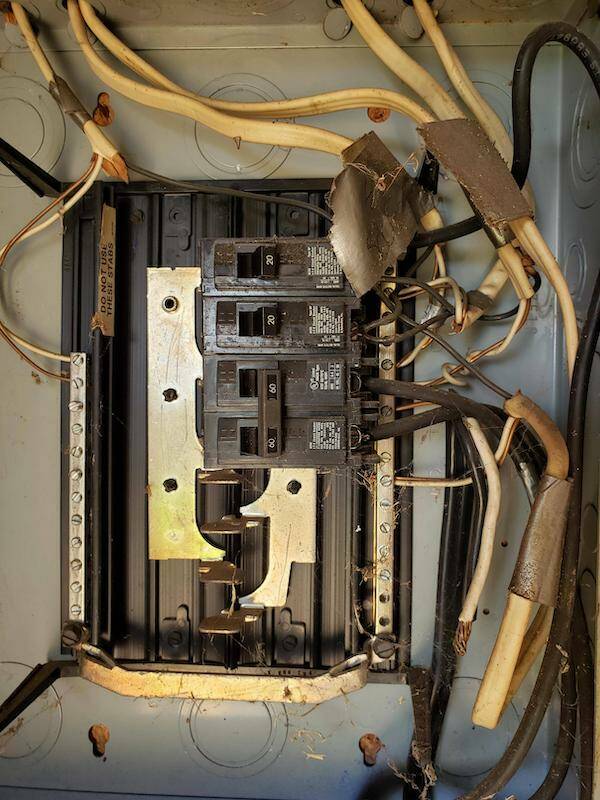 “I went to replace a switch and found the previous worker used tape instead of wire nuts. Time to check the whole house.” 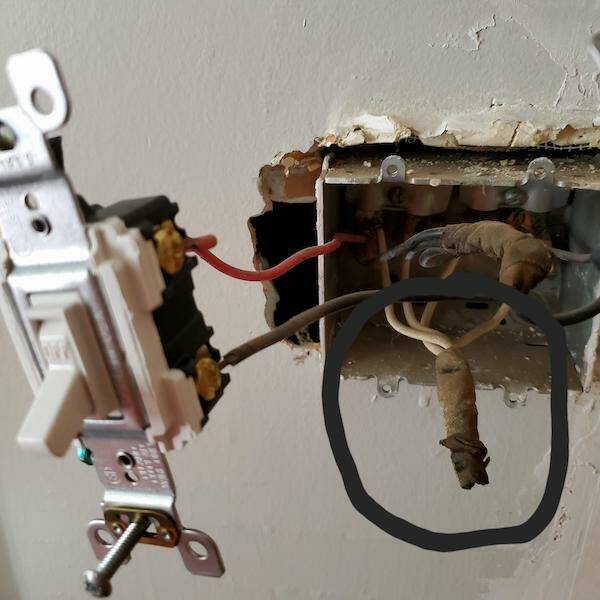 “Microwave door blew up. House built one year ago” 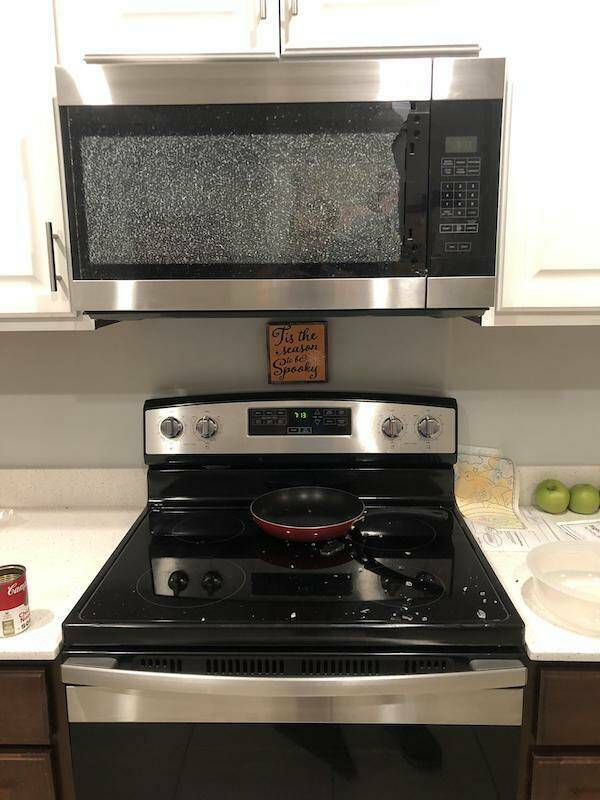 “Follow up to the honey bees swarming the side of my house. Bee keeper is here saving them. They were building a new hive.” 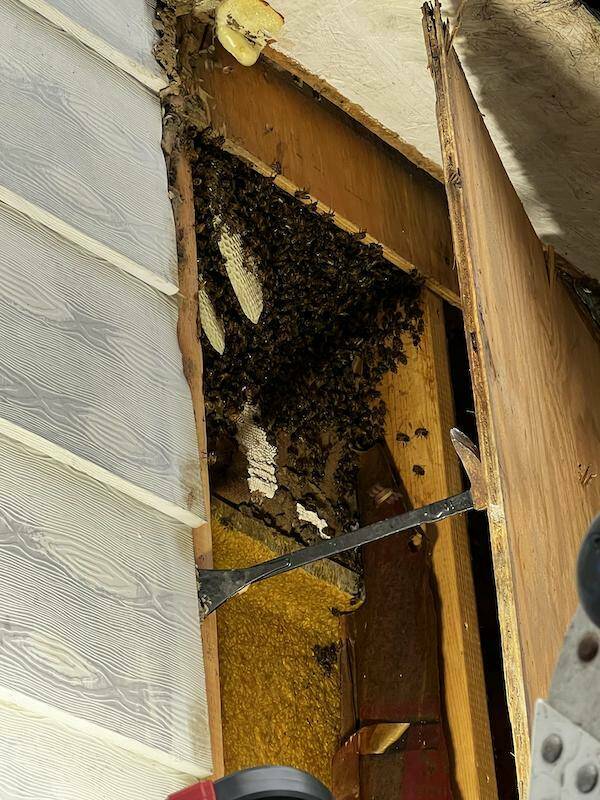 “I think I left a window open last night, not sure.” 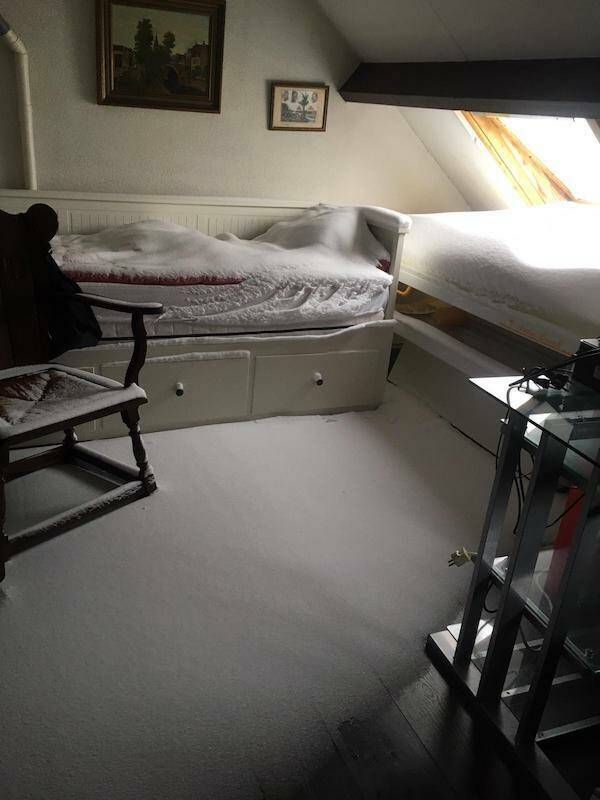 “Literally Cr#ppy Design – New house some friends of mine recently bought has a toilet next to a window facing other houses. This is the only window in the house with no blinds.” 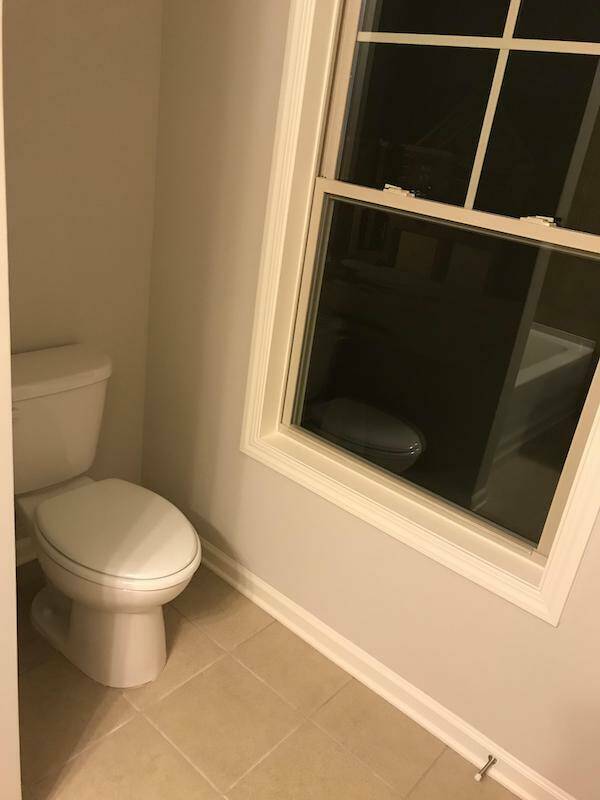 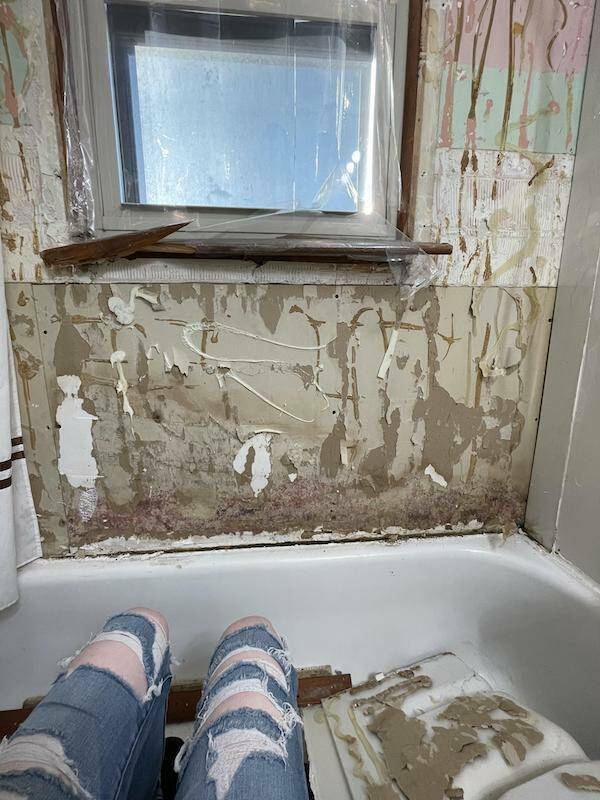 “After two years living in my house, I came home to learn my mantelpiece was just glued on.” 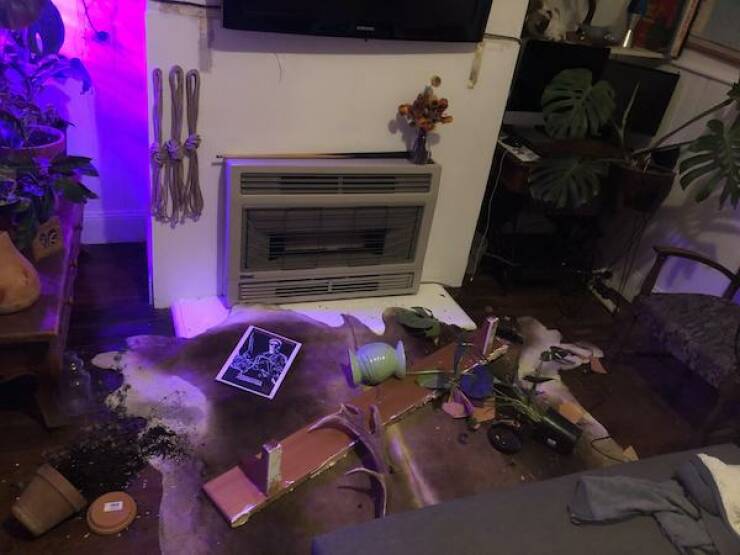 “Whole kitchen sink just fell out of the counter” 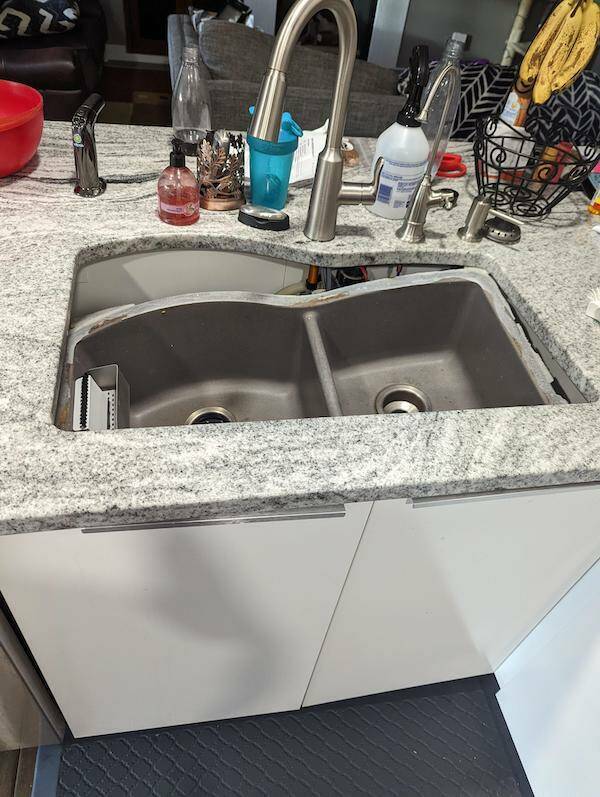 “Parents bought a house and while checking out the kitchen…” 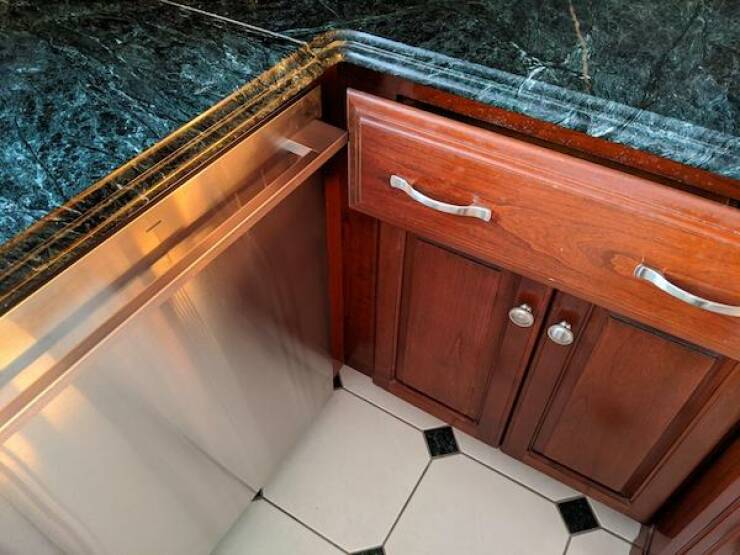 “Got rudely awakened by the sound of everything in my kitchen cupboards crashing to the floor.” 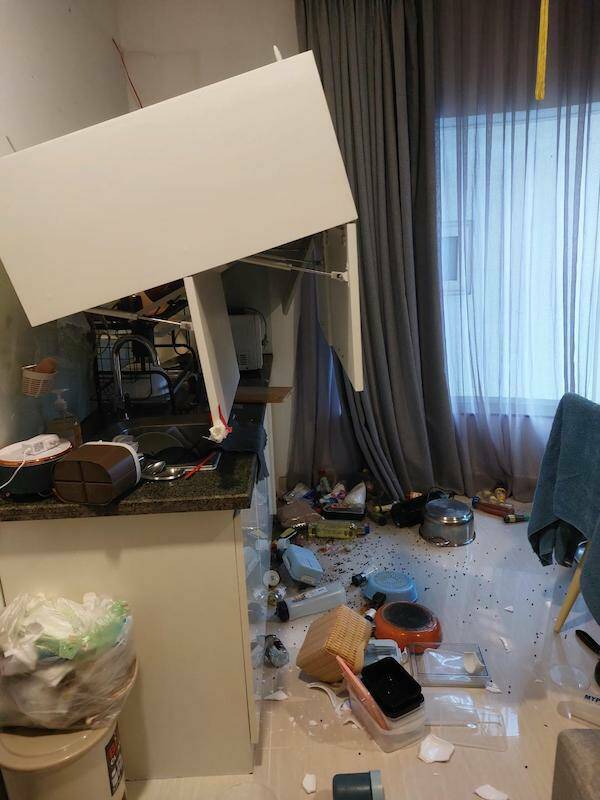 “Just bought my first house. Was told there was hardwood under all the carpet. Tested a discreet corner in the closet, which did in fact have hardwood beneath. But not the living room. Looks like I’ll be spending too much money on new flooring now…” 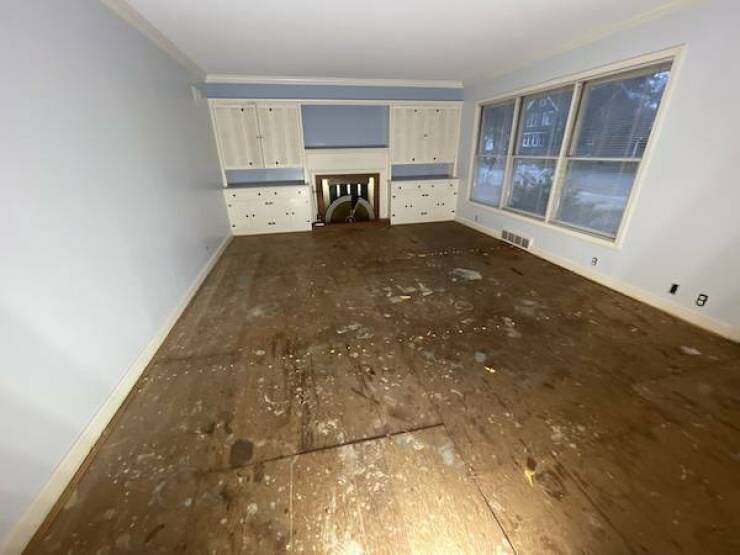 “Left our totally normal house to run errands. Came back an hour and a half later to this.” 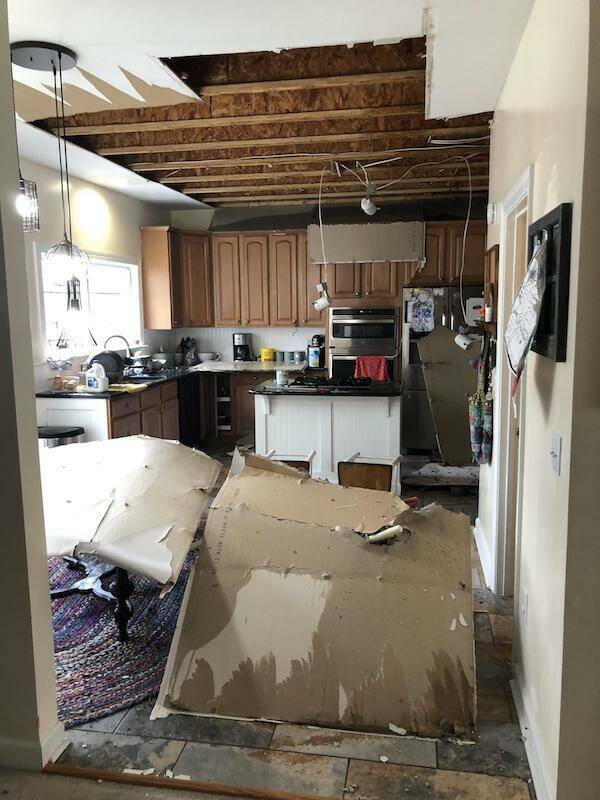