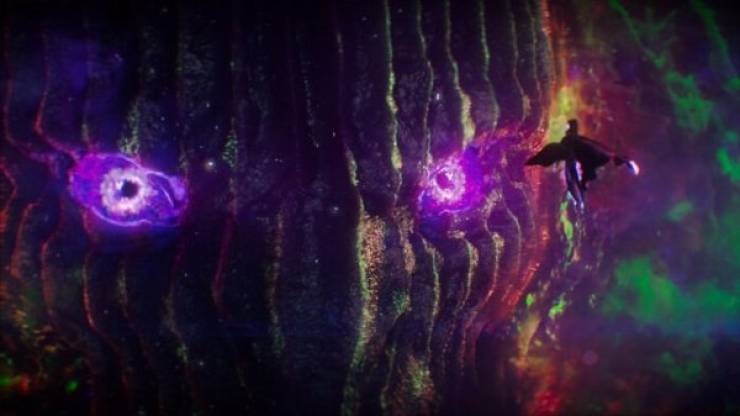 “In Doctor Strange (2016), Benedict Cumberbatch played the protagonist and also the main antagonist, Dormammu. He provided both the voice and the performance capture for the CGI face of Dormammu.”

“In Forrest Gump (1994), the dog tags worn by Lt Dan actually belong to Jack Treese, the brother in law of Gary Sinise. Treese served in Vietnam. He died in 2014.” 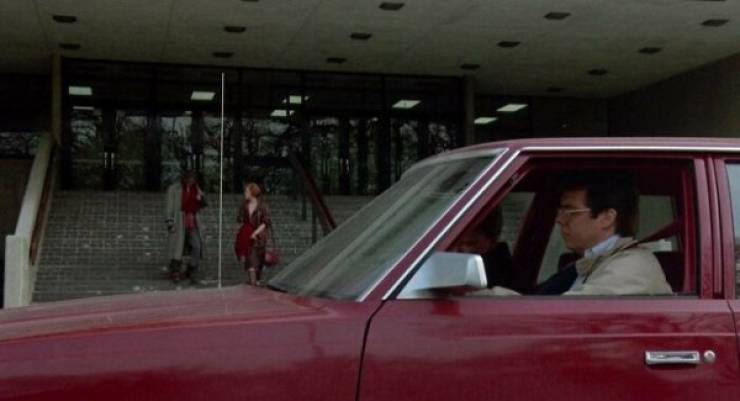 “In The Breakfast Club (1985), Brian’s father is played by John Hughes, the director of the movie.” 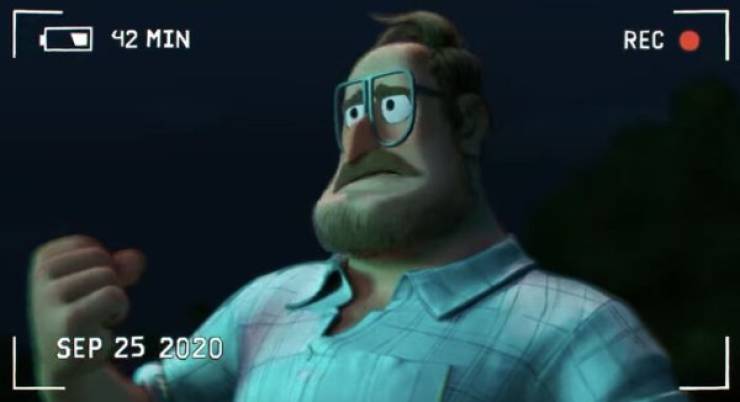 “In The Mitchells vs The Machines (2021) the camcorder shows 42 mins remaining of battery life, which is also how much time is remaining in the film.”

“In Paddington (2014), Michael Bond, the author of the original Paddington books, appears in a restaurant.” 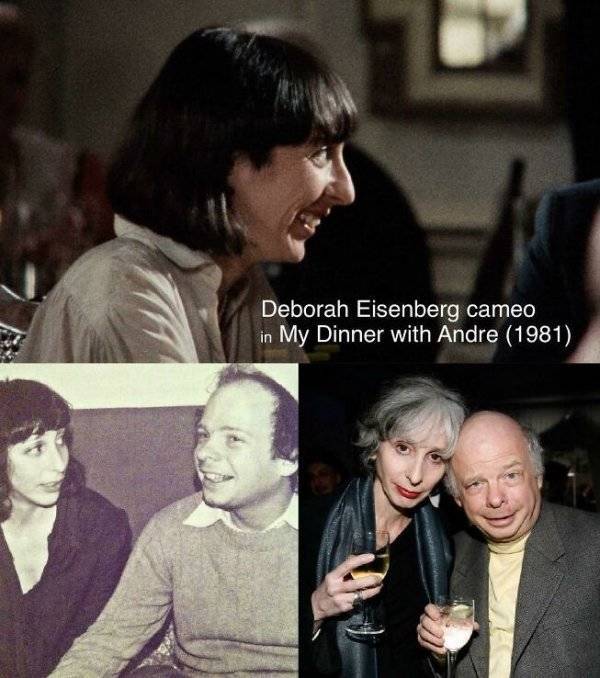 “In My Dinner with Andre (1981), when Wallace Shawn makes several mentions of “his girlfriend Debbie”, he’s referring to his longtime real-life companion, author Deborah Eisenberg, who has an uncredited cameo in the movie as one of the restaurant patrons. They’ve been together nearly 50 years IRL.”

“During the “Once upon a December” number in Anastasia (1997), you can see a young boy somewhat limping, while walking with the other family members.

This is actually the young throne heir Alexei (who in reality was Anastasia’s younger brother), born with hemophilia, causing that limp.”

“In the Harry Potter movies (2001-2011), one of the portraits in the Grand Staircase is based on Stuart Craig, the production designer. He worked on every movie.” 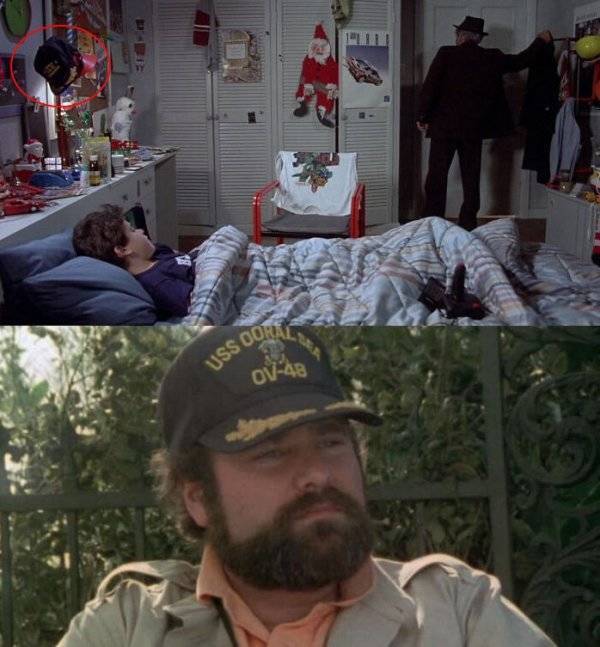 It was included because Rob Reiner wanted Mark Knopfler to compose the movie’s music, but he would only agree to do it if the hat appeared as an easter egg.” 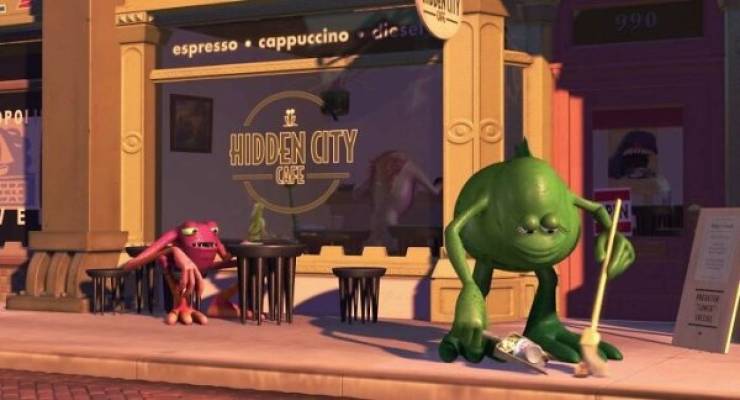 “In Monsters Inc (2001), Sully and Mike pass by the “Hidden City Café”. This is a reference to a real-life café in Point Richmond, California.

In 1994, several famous Pixar directors had lunch there and came up with ideas for movies…A Bug’s Life, Monsters, Inc, Finding Nemo, and WALL-E.” 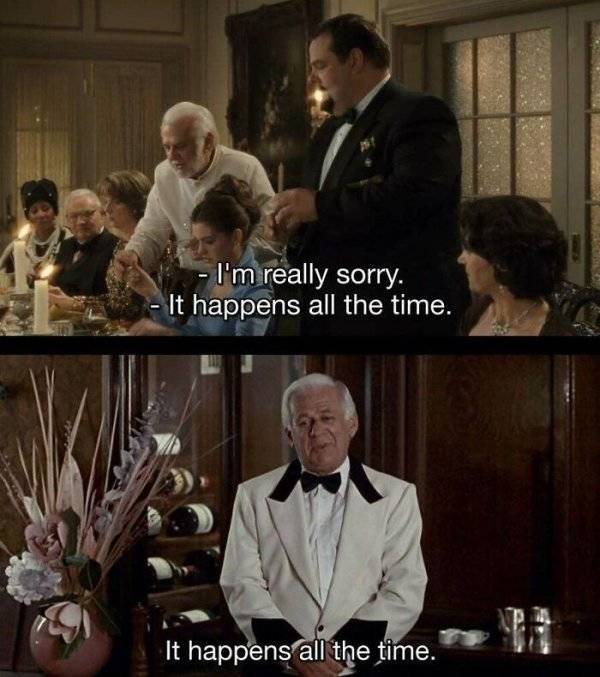 “In The Princess Diaries (2001) Mia breaks her glass at a dinner party and a waiter reassures her “It happens all the time.”

In Pretty Woman (1990) a waiter played by the same actor says the exact same line to Vivian after she flings a snail across the room. Both films are directed by Garry Marshall.” 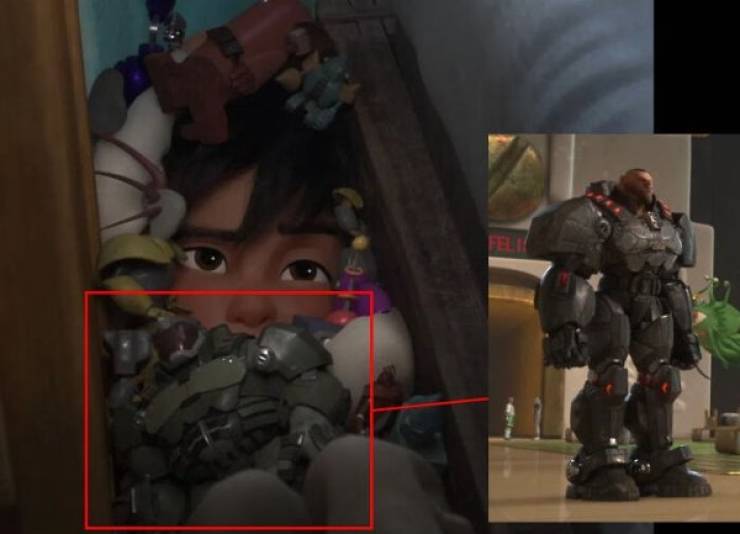 “In The Social Network (2010), Mark Zuckerberg’s first line at his deposition is “that’s not what happened.”

Screenwriter Aaron Sorkin included dialogue like this throughout the film to remind us that the events on screen are not objective fact, but an interpretation of the founding of Facebook.” 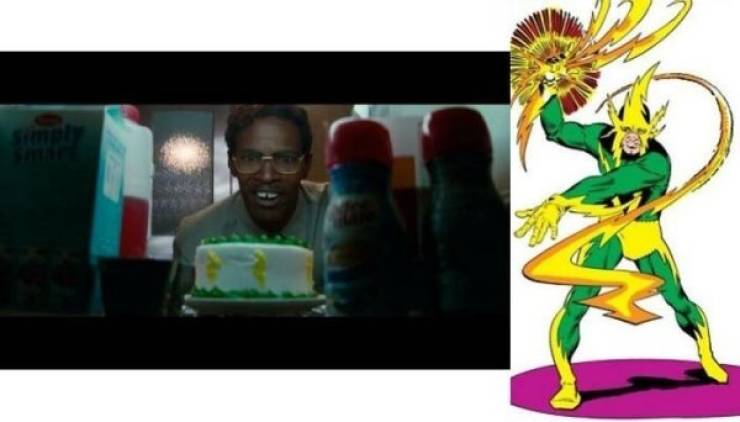 “In The Amazing Spider-Man 2 (2014), Jamie Foxx’s character (Electro) has a birthday cake which bears the same color scheme as his character’s costume in the comics.” 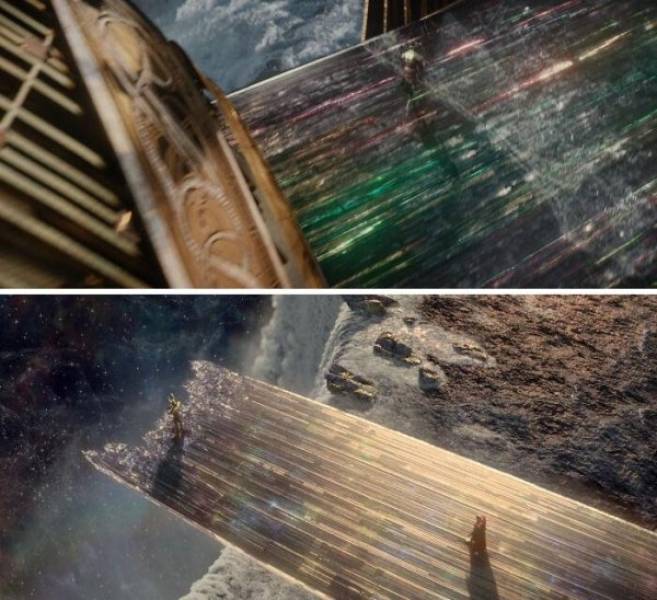 “In The Wizard of Oz (1939), Frank Morgan portrays 5 characters including The Gatekeeper, The Coachman, The Guard and The Wizard. He is literally gate keeping himself and is so touched by their plight, he allows them an audience with himself.”

“As the Guardians of the Galaxy (2014) enter the Collector’s lair, you can see one of the Chitauri, the race that invaded New York two years earlier in The Avengers (2012).”

“In Coco (2017), you can see an axe and a red drum behind Dante. These are both references to The Shining; the axe is self-explanatory, while the red drum= REDRUM. This has been confirmed by the director.”

“In Pirates of the Caribbean: On Stranger Tides (2011), Jack has his mother’s shrunken head tied to his belt. It first appeared in At World’s End (2007).” 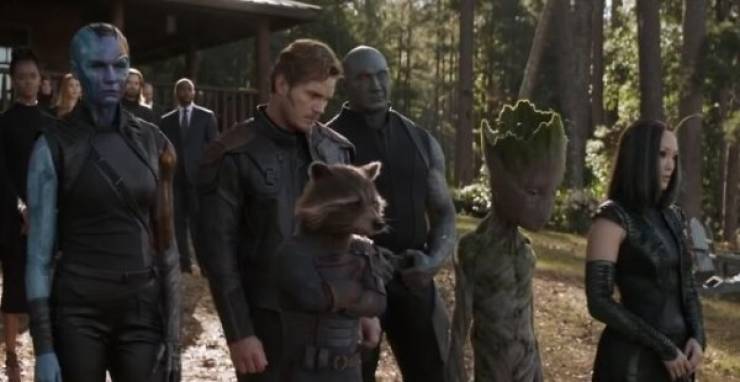 “In Avengers: Endgame (2019), during the funeral scene, Drax is seen wearing a shirt. This is the only occasion that he has ever worn something over his chest in the MCU. In Guardians of the Galaxy 2 he mentions that he has “sensitive nipples”.” 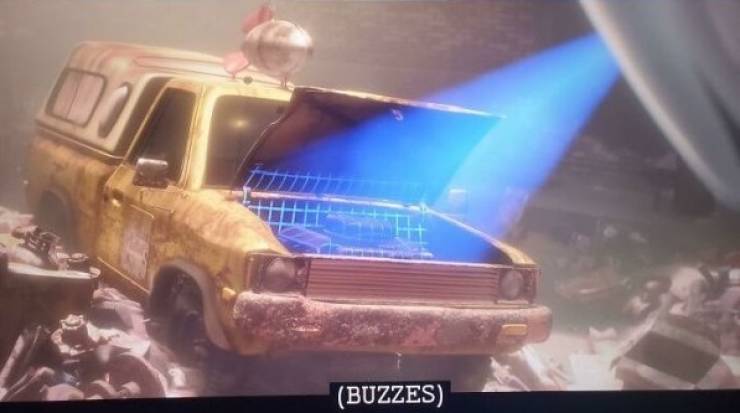 “In WALL-E (2008) EVE scans a pizza planet delivery truck while searching for her prime directive.” 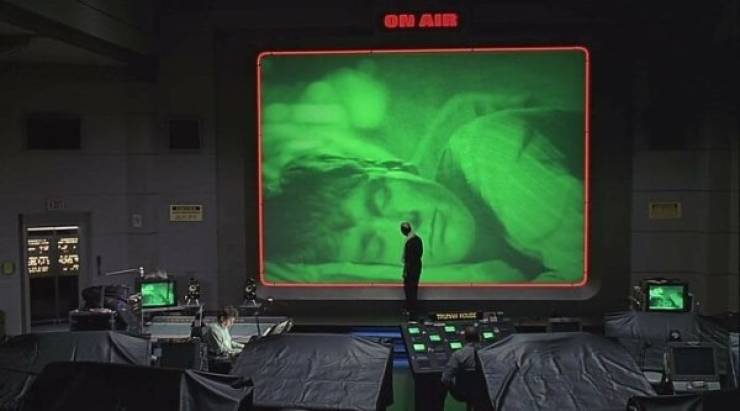 “In The Truman Show (1999), the man playing the piano while Truman sleeps is composer Phillip Glass. Glass created some of the music for the movie, including the piece he is playing.”

“In the movie “Once upon time in Hollywood” (2019), the key production assistant has an interesting nickname.”