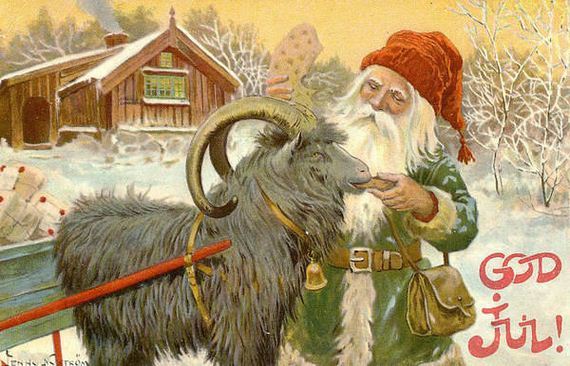 The Yule Goat is an ancient Scandinavian legend. Supposedly the goat would help Santa Clause on his gift giving night.

Since the biggest question the people of a Swedish town has around the holidays isn’t “will I see my family for the holidays?” or even “what should I give them?” No. The most important question on the minds of the people of Gävle is “will our giant goat of straw burn down again this year?” You see the Gävle Goat is a very strange tradition of theirs dating back to 1966 but based on an ancient pagan tale. Since the magnificent first goat was erected the goat has burned down by hometown Grinches 26 times. Will this year be the year the goat survives?

The first Gävle Goat was erected by an advertising company in 1966 to commemorate the start of Advent. On New Years it was lit aflame and so the tradition of vandalism began. 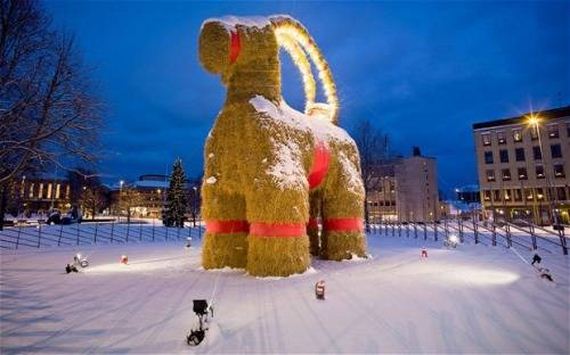 In 1969 the goat only survived 6 hours before it was burned. The company decided it needed better security. 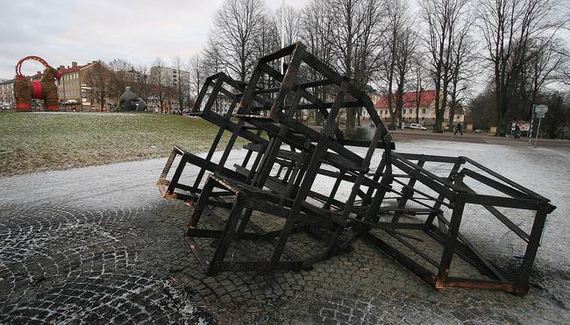 The newer goats are soaked in an anti-flammable liquid. Somehow even with this technique and added security patrols, last year’s goat burned down before 2013. 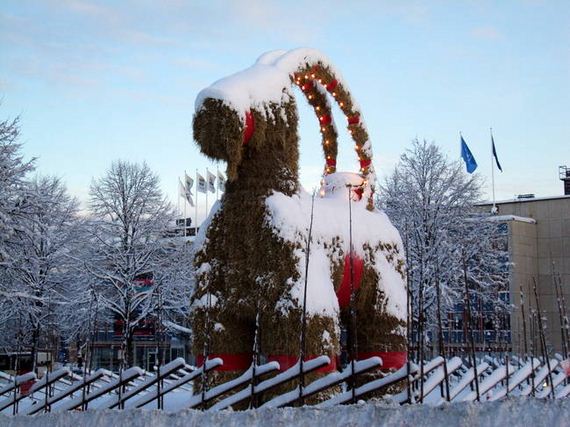 Every year the threat of burning continues, and most of the time the arsonists are successful. The government has tried using web cameras, but all this seems to do is capture the seemingly inevitable flame. 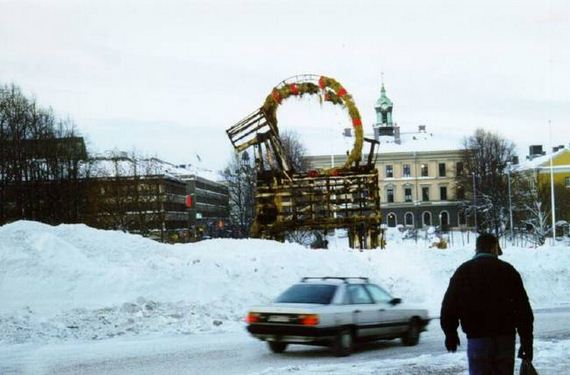 There is even a weird group of pyromaniac pranksters who get matching tattoos whenever they burn the goat.

You can follow this year’s Gävle Goat on Twitter (@Gavlebocken). It’s pretty adorable. Recently one of the smaller goats around the main display was destroyed. The Gävle Goat was very appropriately mournful of his brother’s death. 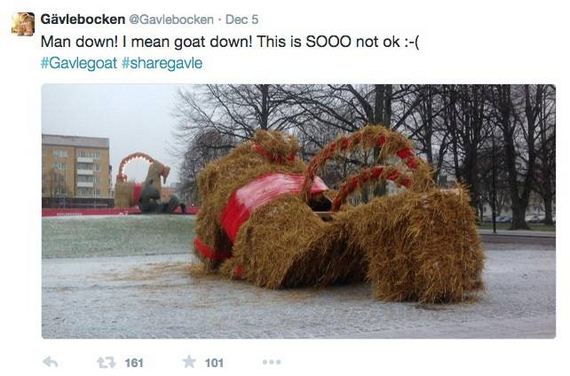 He can be a little melodramatic at times though. 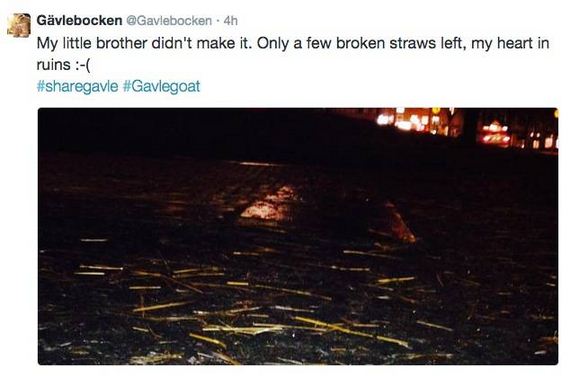 At this point I feel like the burning down aspect is part of the fun of the Gävle Goat. To keep things interesting, people place bets on how long they thing the goat will survive each year. I don’t know what happens to the person caught burning the goat, but I would hope it’s nothing too serious. I mean it is just a giant straw goat. Also, why straw??