25 Optical Illusions You Can Find In Nature 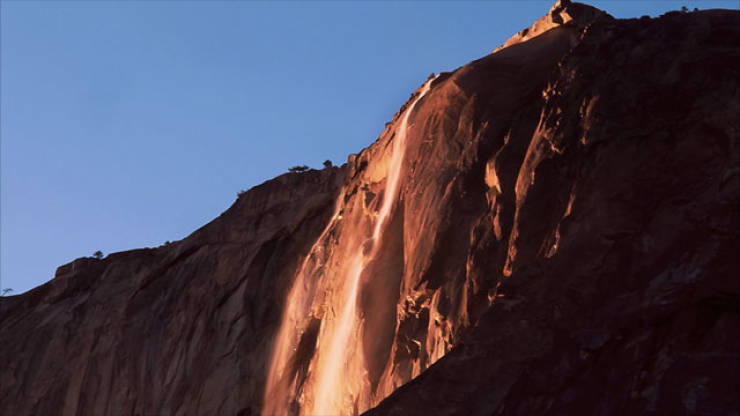 It’s not actually on fire, but when the light hits the water at the right angle, it sure looks like it! 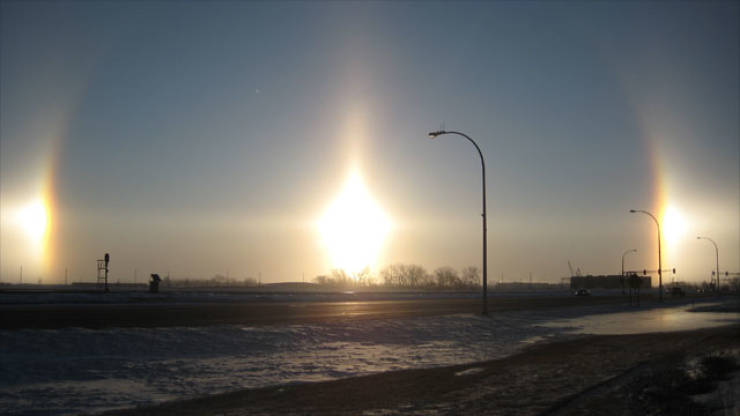 Also known as phantom suns, this happens when ice crystals in the atmosphere create the effect of having two extra suns on either side of the real sun. 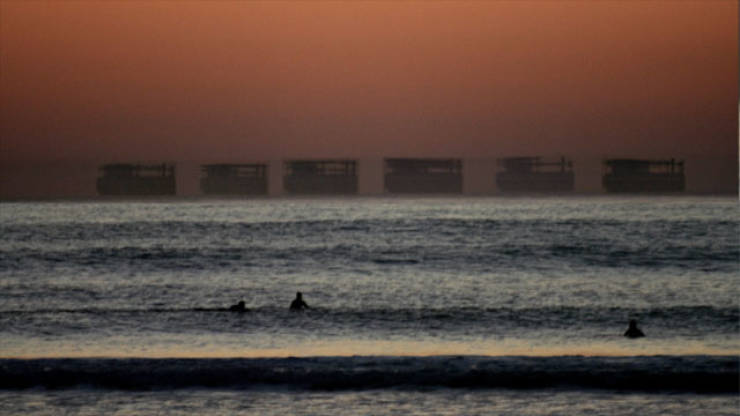 A complex type of mirage, Fata Morganas are cause by air of different temperatures distorting light waves. 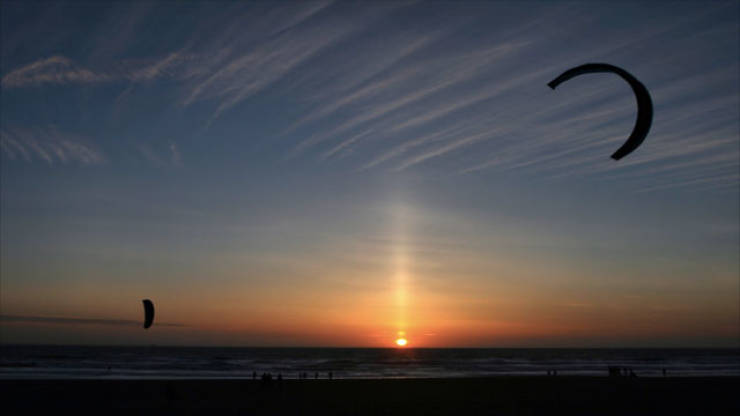 Once again, ice crystals are responsible for the vertical beam you sometimes see over light sources in the sky. 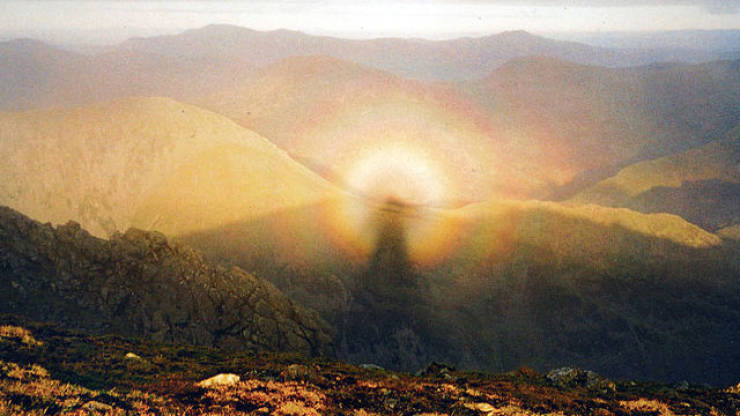 Also called “mountain spectre”, this happens when your magnified shadow is cast on clouds or fog below you. 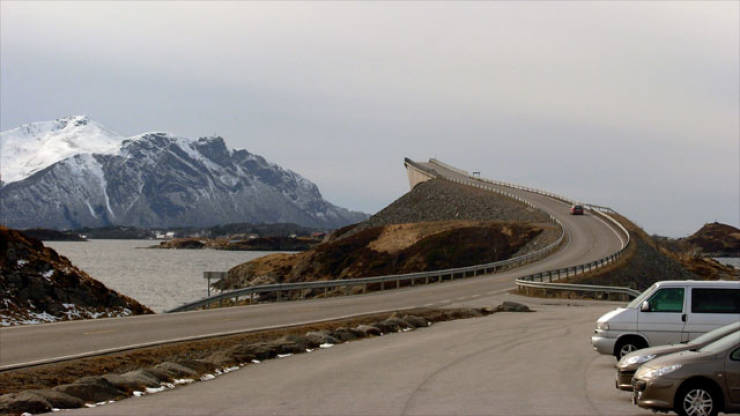 Although this bridge in Norway looks like it is nothing more than a ramp leading to nowhere, seen from another angle you would see that the bridge actually curves back down to the other side. 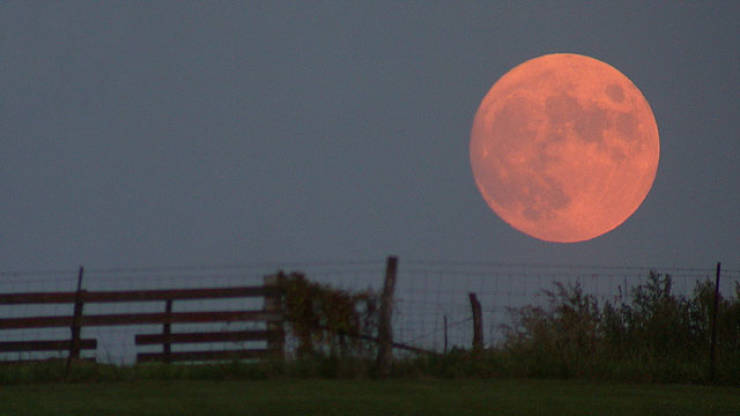 Have you ever noticed that when the moon is close to the horizon it appears to be humongous? Well next time that happens, make binoculars with your hands and isolate the moon in your field of vision. It shrinks!

Why is that? Because your brain adjusts the moon‘s size in relation to another object on the horizon and (mistakenly) decides that it should actually be much bigger! 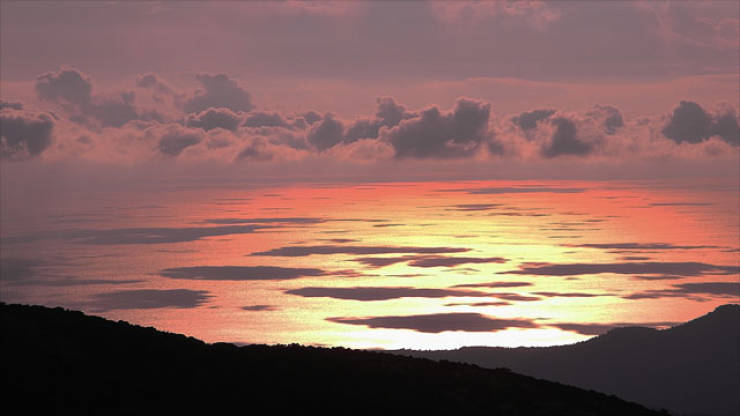 Looking like islands on an ocean, cloud shadows can make for an interesting effect, especially in low lighting conditions. 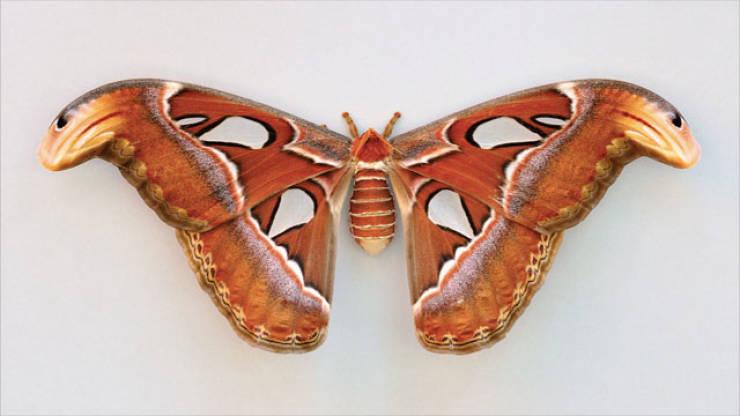 The Atlas Moth comes with two snakes on its wings for protection! 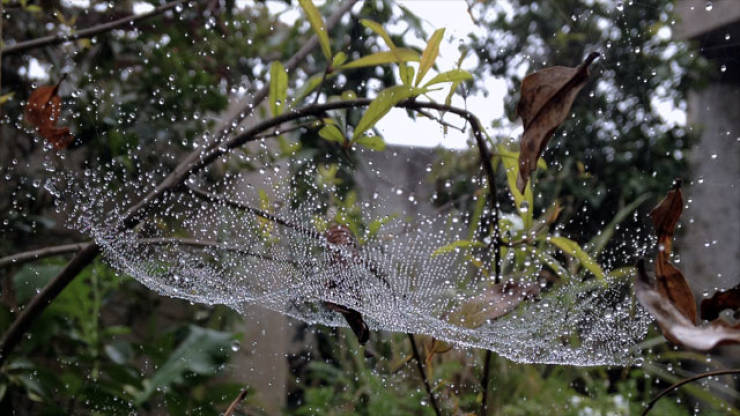 Early in the morning spider webs can create some amazing “floating water” illusions. 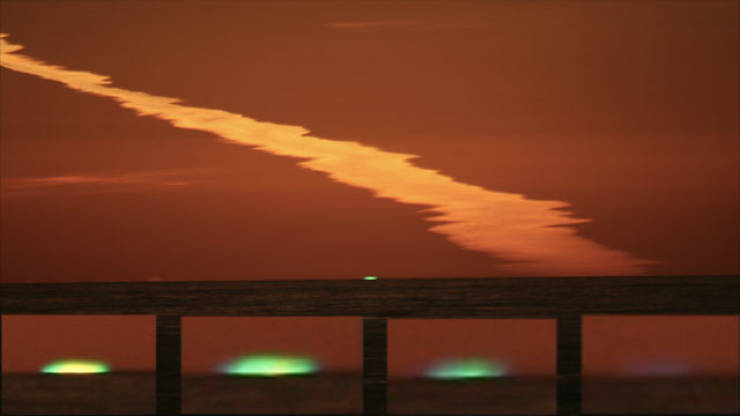 Sometimes occurring right before or after sunset, a green spot will appear right above the rim of the sun for a few seconds. Although they are caused by a variety of factors, the general explanation is that light is being bent in the atmosphere. 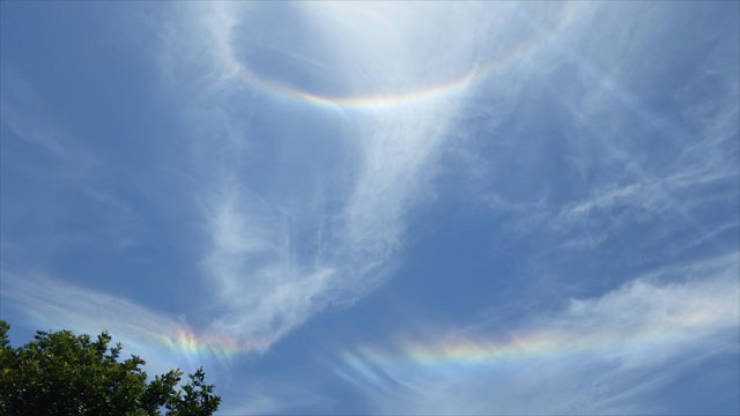 Similar to a rainbow, this optical phenomenon typically has much purer colors. Once again, rather than being caused by raindrops it is usually caused by ice crystals. 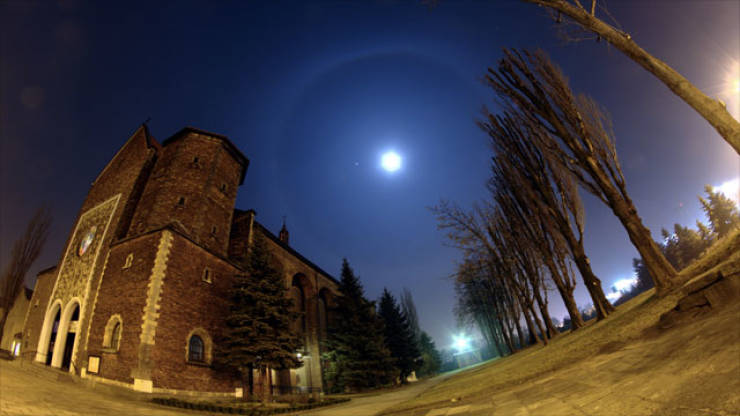 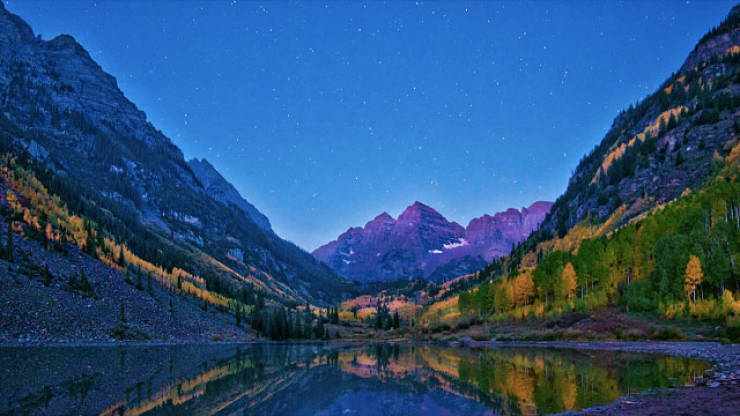 An interesting phenomenon, this happens when the sun has already set but due to light reflecting off of particles in the atmosphere mountains can sometimes appear to be illuminated with a reddish glow. 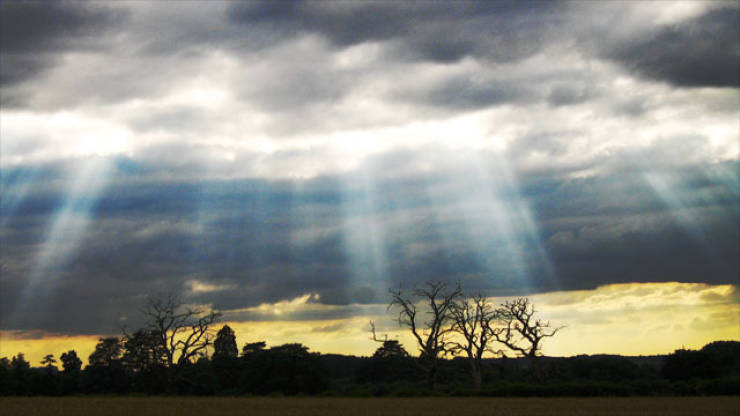 These are sun rays that appear to stream through the clouds from a point in the sky where the sun is located. 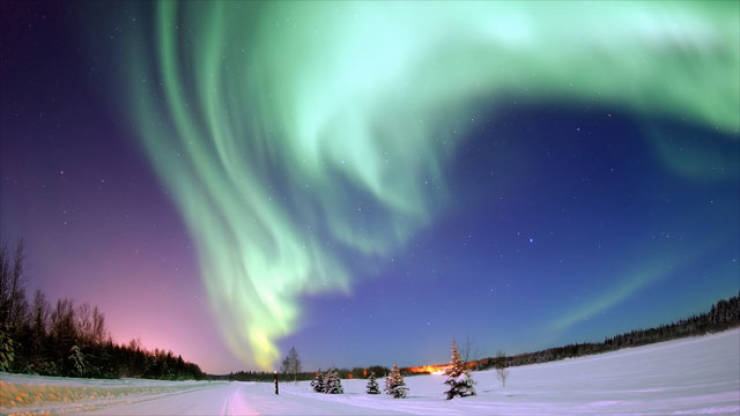 In the northern hemisphere, it is known as the Aurora Borealis while in the southern hemisphere it is called Aurora Australis. These phenomena are caused by magnetic rays and solar wind interacting with the upper atmosphere. 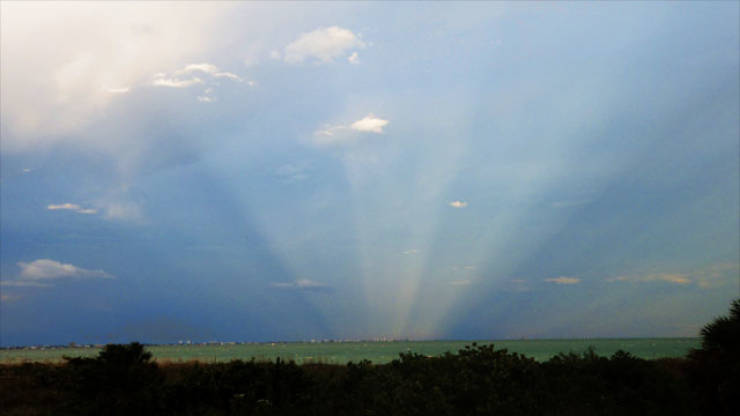 The visual opposite of Crepuscular rays, these appear to originate from a point on the horizon and spread upwards. 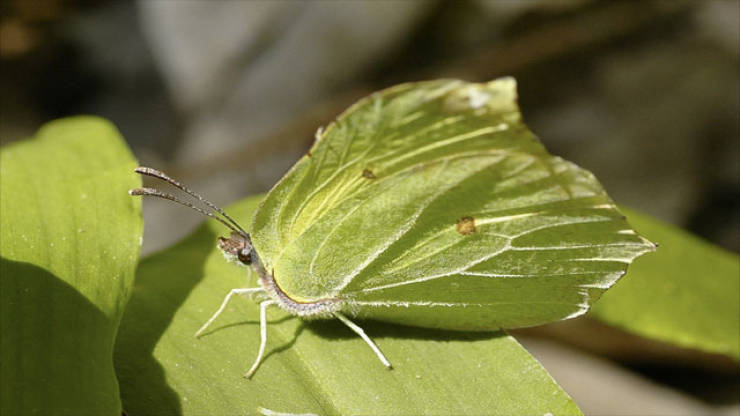 This butterfly has some incredibly realistic camouflage. 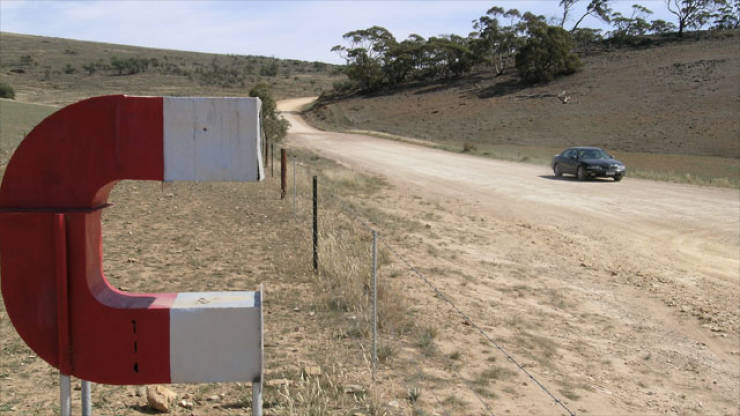 A magnetic hill is a hill that is actually sloped downwards but due to its surroundings, the hill appears to slope upwards. The effect is best seen by putting your car in neutral and drifting “uphill”! 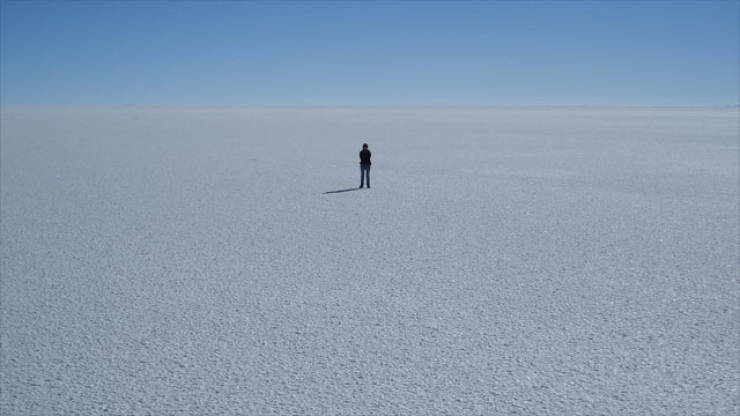 Found around the world, salt flats can cause some interesting depth and perception illusions due to not having a point of reference anywhere. 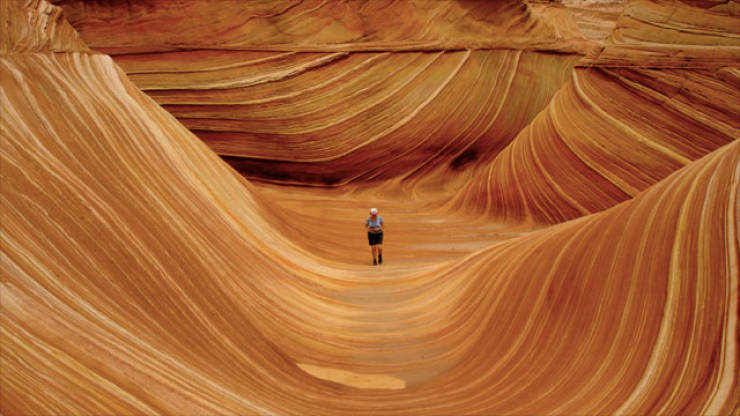 Located on the border of Arizona and Utah, this sandstone rock formation is a favorite spot for hikers and backpackers. 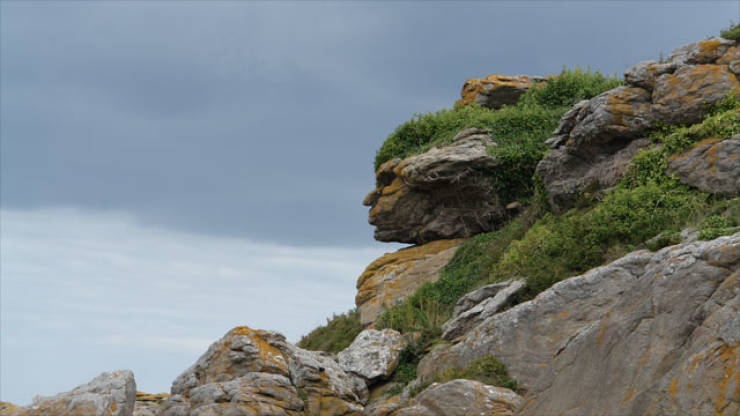 The Apache Head in the rocks is a famous site at Ebihens, France. It is known as pareidolia, or a stimulus which we perceive to be significant but really isn’t. 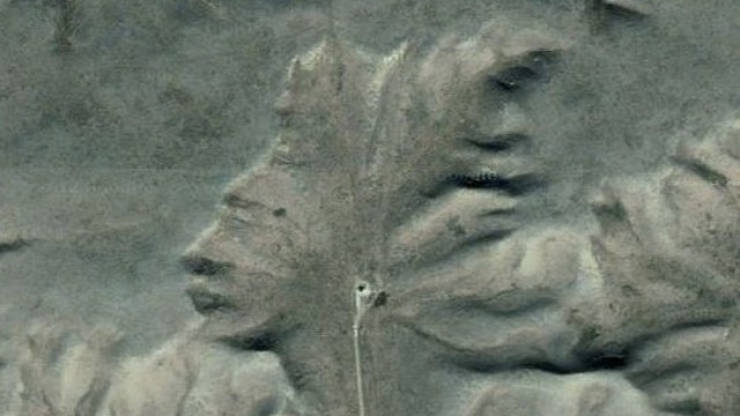 Found in Alberta, Canada and seen from Google Earth, this rock formation bears the appearance of a human head wearing an Aboriginal Canadian headdress. Thanks to several humans structures the Guardian seems to be wearing headphones/earrings. 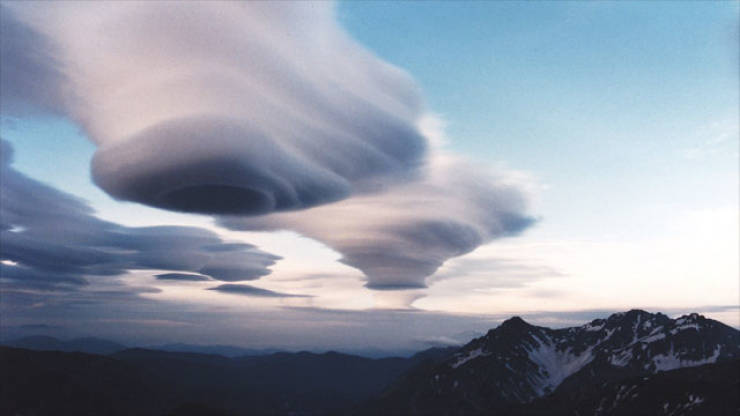 These lens-shaped clouds have been responsible for more than one UFO sighting. 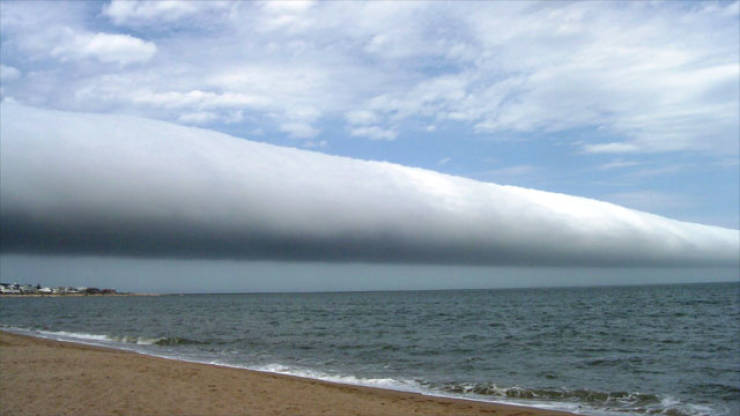 We’re just going to end the list on clouds, and Arcus clouds are some of the coolest. Oftentimes seen along the coast, they can look quite foreboding.